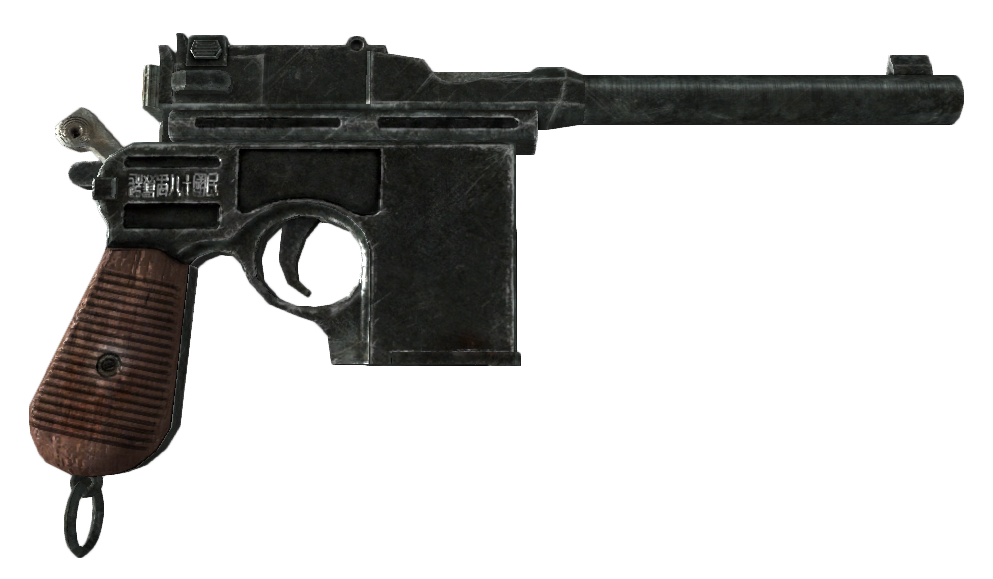 The Zhu-Rong is a unique incendiary pistol, created by L.O.B. Enterprises for the People's Republic of China. The v418 is the final version of the project (slated for mass production).

It is more powerful than either the 10mm Pistol or the standard Chinese Pistol. Although its damage might not be quite up to par with other more powerful sidearms, the v418 is still a decent weapon if only because of its unique incendiary properties- it has the longest range of all incendiary weapons, aside from the Heavy Incinerator. One weakness is that the v418 has a slower rate of fire than its non-unique counterpart.

The Zhu-Rong pistol can only be found in L.O.B. Enterprises. It is found behind a Very Hard locked door (requires 100 lockpick) in the CEO's office in the case on his desk. The key for the case is inside his desk. It is also possible to reach the case by working your way around the edge of the destroyed top floor until you are on the other side of the locked door.