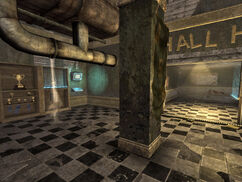 “Attention students. This is the pre-recorded voice of your pre-recorded principal. Doctor Principal BOROUS!”

The X-8 Data Retrieval Test is a side quest in the Fallout: New Vegas add-on Old World Blues. 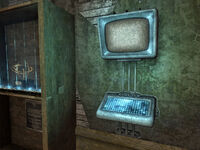 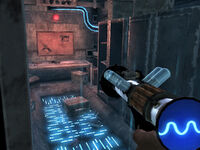 Kennel key in a suitcase in the X-13 research facility 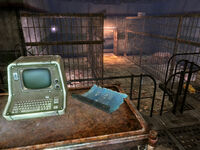