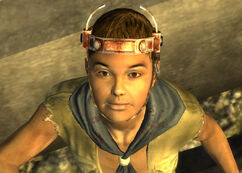 Interactions with the player character編輯