The Mojave Wasteland is a wasteland that comprises South Nevada. The Mojave Wasteland is having power struggles between the NCR invaders, Caesar's Legion tribals, and Mr. House. The Hoover Dam and New Vegas Strip are the main interests and concerns. Drug running and gang life is rampant in the area, as well as runaway creatures and hostile wildlife.

The Core Region is a wasteland that comprises North Nevada, California and little part of South Oregon.

Fallout, Fallout 2 and Fallout: New Vegas take place in the former Southwest Commonwealth. The canceled Van Buren was to feature places in this commonwealth as well. 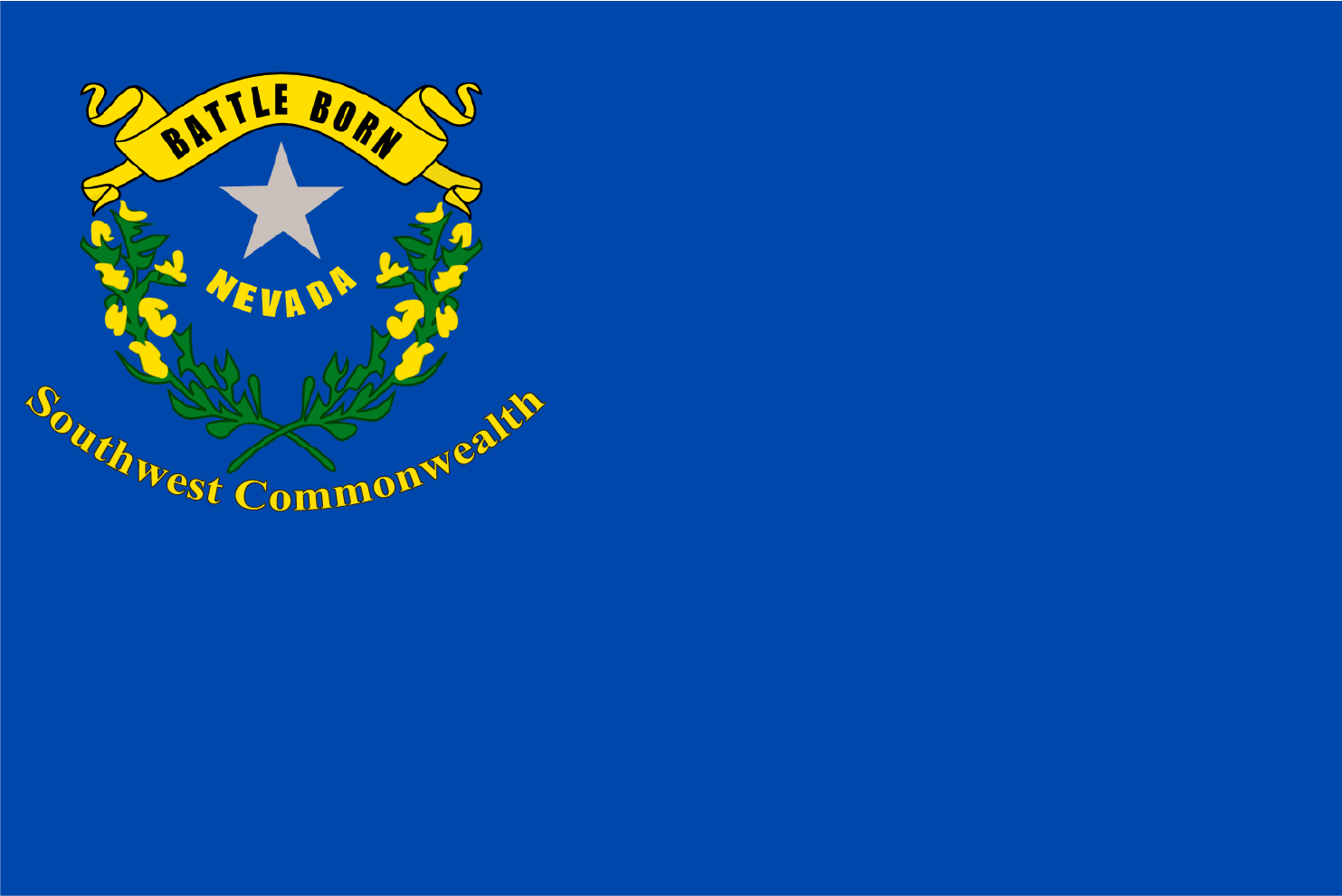 Flag of Nevada as part of the Southwestern Commonwealth
WelcomeToNevadaRoadSign.png
" Welcome to Nevada " road sign at the exit of Nipton
在此图库中添加照片
取自“https://fallout.fandom.com/zh/wiki/Southwest_Commonwealth?oldid=14599”
社区内容除另有注明外，均在CC-BY-SA许可协议下提供。