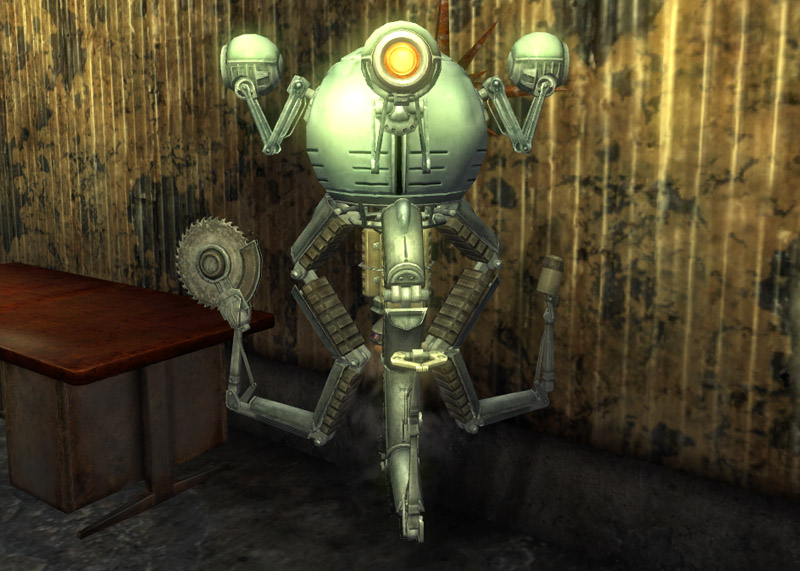 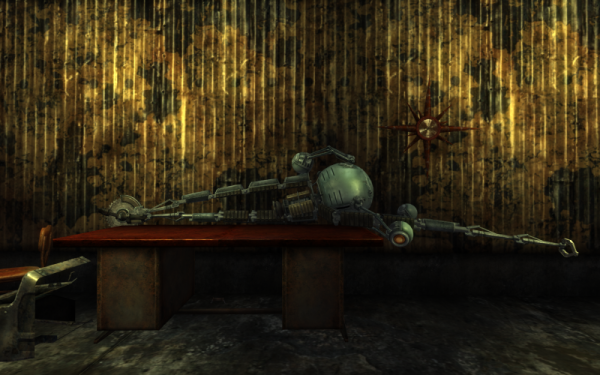 Rhonda is a deactivated Mister Handy found in the Black Mountain storage room in 2281.

Rhonda was Tabitha's best friend before the super mutants came to Black Mountain. Due to a dispute, Rhonda was forcibly removed from the camp.

Reactivating Rhonda requires a Science skill of 60. If the Courier reactivates Rhonda and chooses to lead it to Tabitha, they will complete the quest "Crazy, Crazy, Crazy", as Rhonda and Tabitha wander off together.

If the Courier killed Tabitha beforehand, Rhonda will ask what happened to Tabitha. When informing her about Tabitha's death she will become hostile towards the Courier.