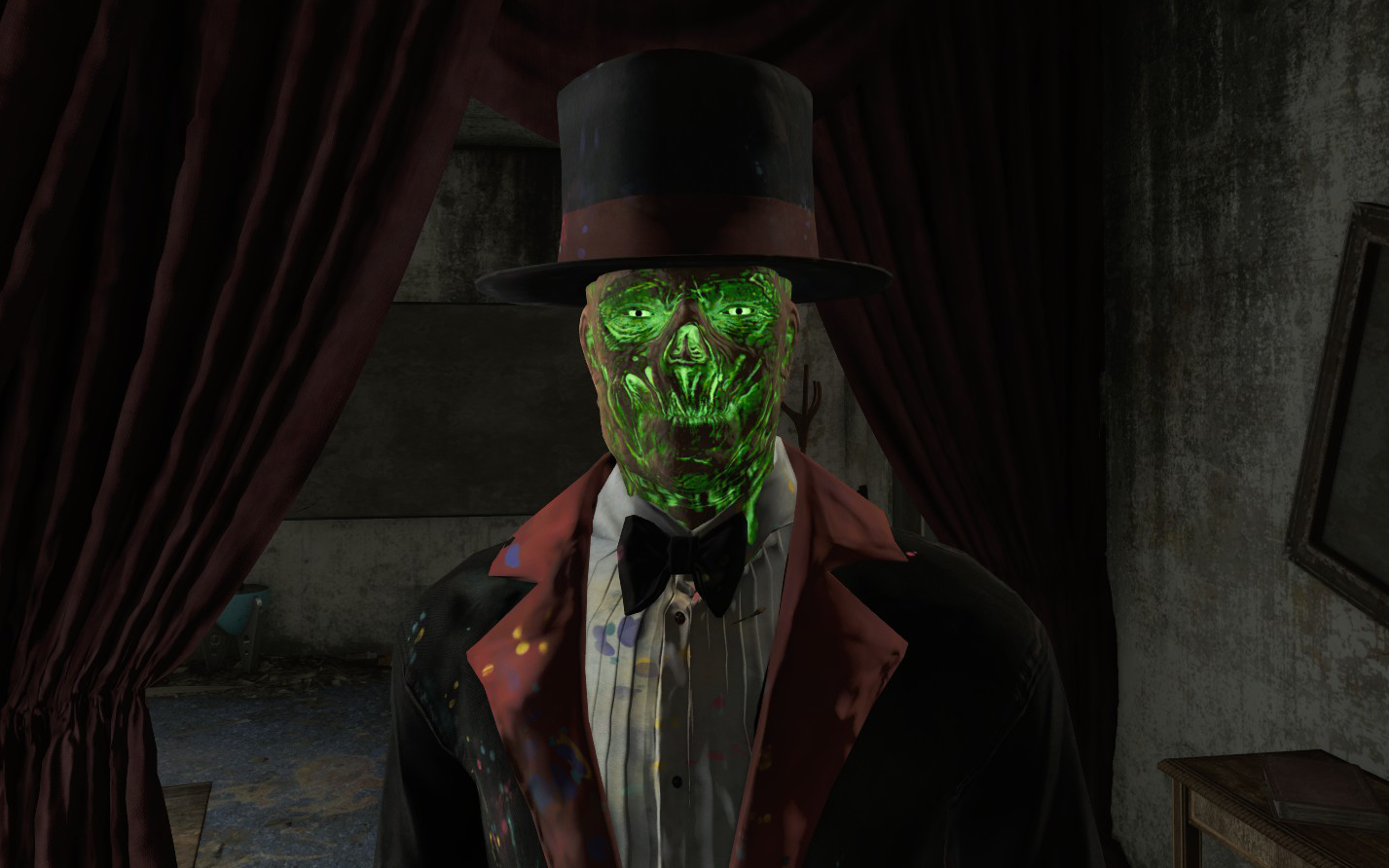 Oswald Oppenheimer, or known under his stage name Oswald the Outrageous, is a glowing ghoul in Nuka-World in 2287.

Oswald is a non-feral glowing one living in Nuka-World's Kiddie Kingdom in 2287. He has the same abilities as feral glowing ones in that he uses bursts of radiation to heal and revive nearby feral ghouls. As a former magician employed by Nuka-World, Oswald believes his ability to resurrect dead ghouls to be genuine magic.[1][2]

Oswald is one of the original survivors from a band of employees that took shelter in Kiddie Kingdom during the bombing and immediate fallout from the Great War. After time had passed, the entire group began changing into ghouls due to radiation leaking in. One by one, the survivors began turning feral, leaving Oswald and Rachel as the last non-feral ghouls in Kiddie Kingdom. He takes on a role as a protector of his former friends, strongly believing that being a feral ghoul is a sickness (that he and the other survivors via terminal entries call "the Affliction") that can be cured. He is in wait of one of the other original survivors, Rachel, whom he believes will return with the cure some day.[3]

He hates the raider clans that have settled in Nuka-Town, and scares them away from Kiddie Kingdom through a combination of supposedly paranormal powers and mist-sprayers that swamp Kiddie Kingdom with lethal radiation.

Oswald the Outrageous appears only in the Fallout 4 add-on Nuka-World. 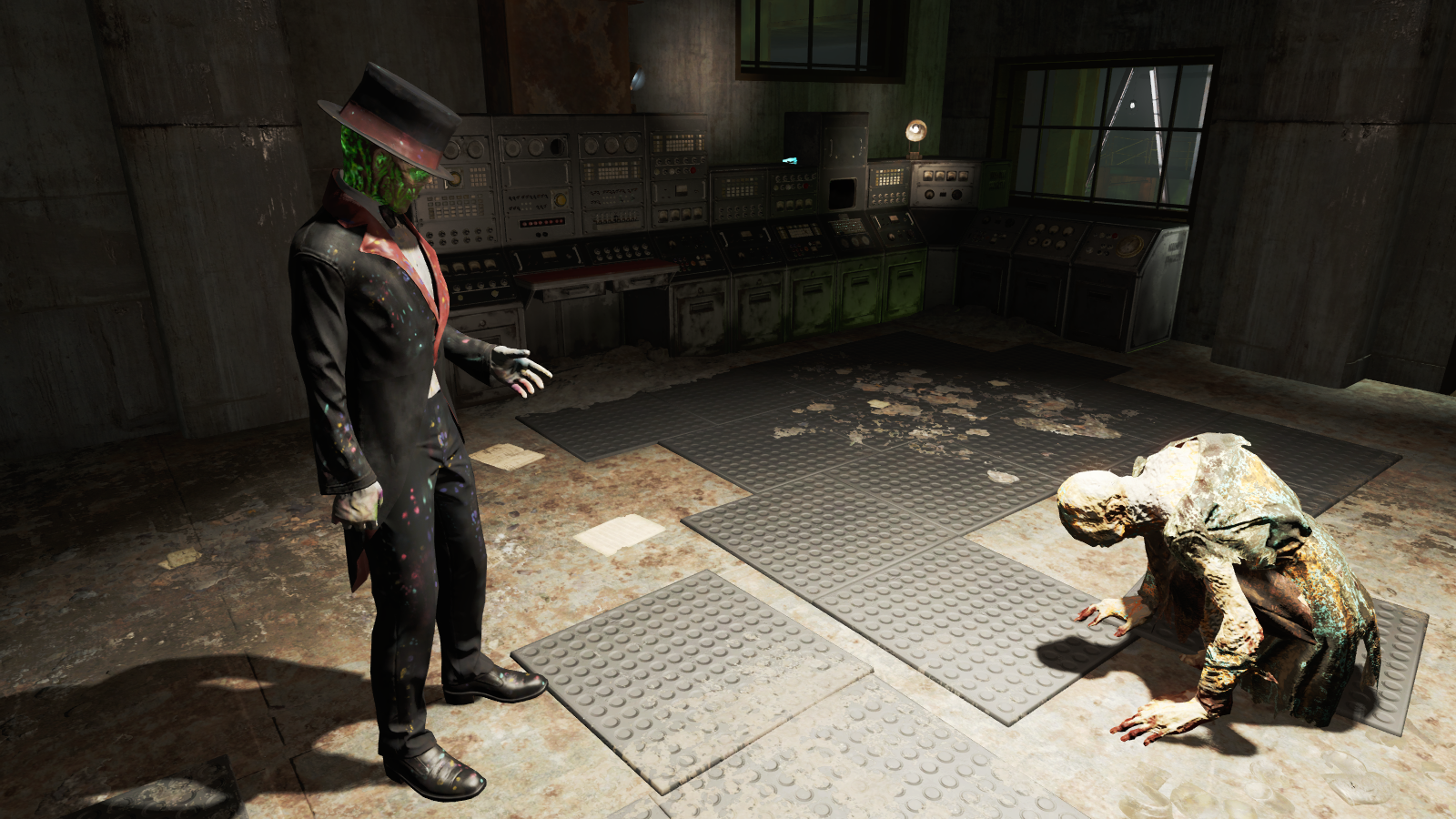 Oswald with one of his "friends" 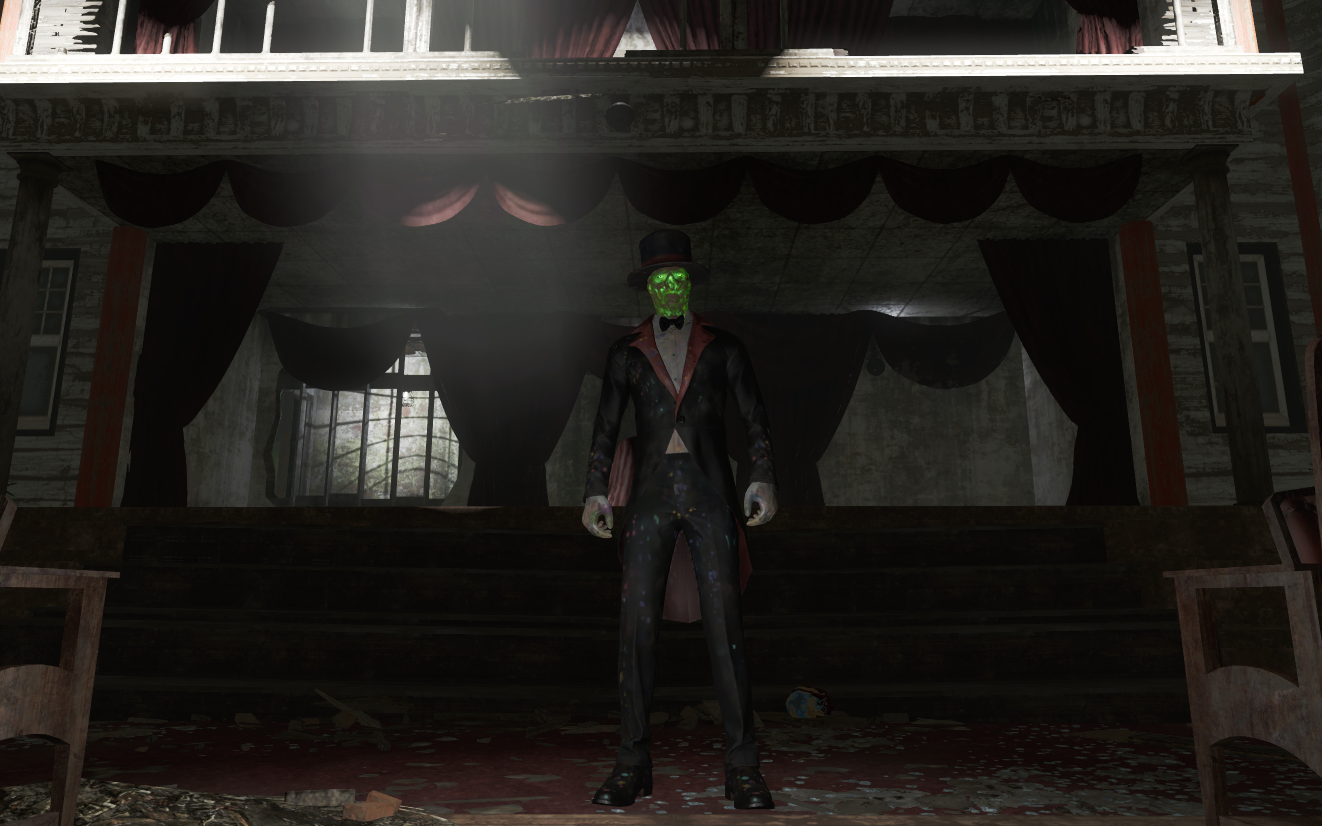