Reading a skill book permanently raises the corresponding skill by three points (four with the Comprehension perk). With a few exceptions, the skill books are identical to the books from Fallout 3. The newly added Survival skill uses the Wasteland Survival Guide as a skill book. U.S. Army: 30 Handy Flamethrower Recipes from Fallout 3 has been removed, since the Big Guns skill has been dissolved into other skills.

There are, on average, four copies of every skill book in the base game. Dead Money adds an additional copy of each skill book type, with the exception of Wasteland Survival Guide. Honest Hearts introduces the workbench crate, a container with random loot that has a chance of containing various skill books, but no static book locations. Old World Blues adds two copies of Chinese Army: Spec Ops Training Manual and a copy of Big Book of Science, in addition to a new mechanic enabling the player to create a single copy of each book at a workbench using 25 blank books, two tubes of wonderglue and the appropriate recipe. Finally, Lonesome Road adds an additional copy of each skill book.

See Also: The locations of the recipes used to create additional skill books possible with the Old World Blues DLC. 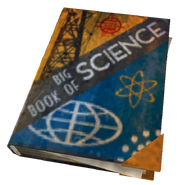 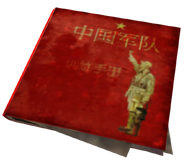 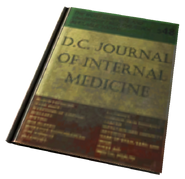 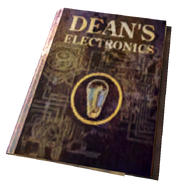 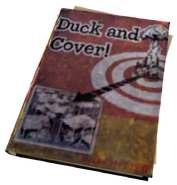 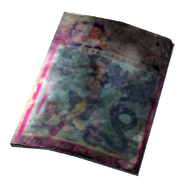 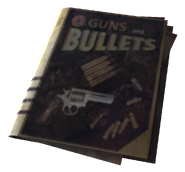 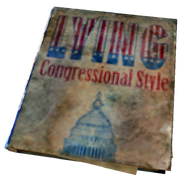 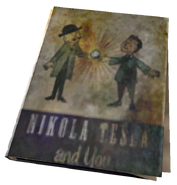 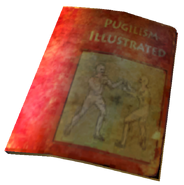 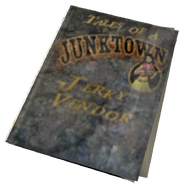 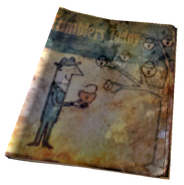 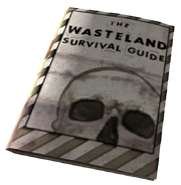 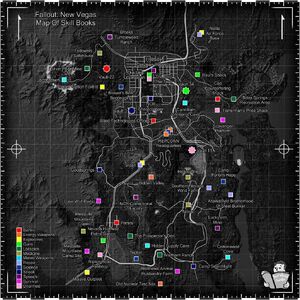 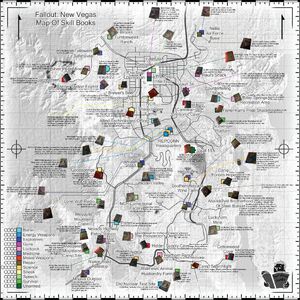 Map of skill books, with text