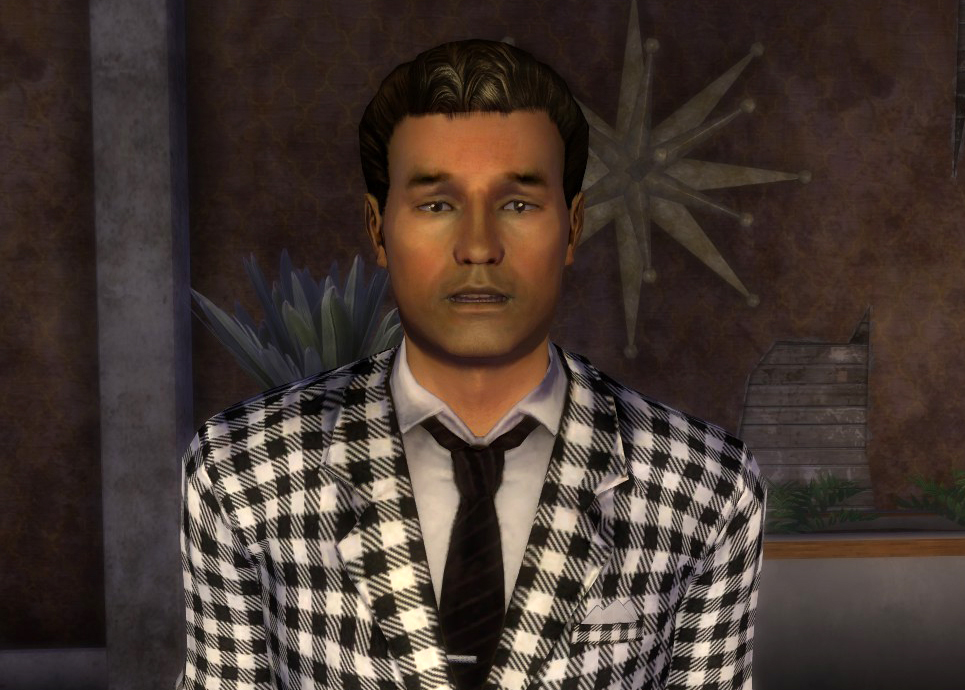 Benny is the head of the Chairmen of New Vegas in 2281. He is the brains behind a complex scheme to usurp control of New Vegas from Mr. House.

Benny was a member of the tribal gang called the Boot Riders before Mr. House took over Vegas. As one of the three tribes who agreed to House's new rule, the Boot Riders were assigned to renovate The Tops casino, and were given suits and ties and renamed "The Chairmen". Benny saw the potential of New Vegas, but the tribe's chief at the time, Bingo, wanted to stay nomadic. Benny was challenged to a knife fight, the winner becoming leader of the tribe, and Benny walked away after putting a knife through Bingo's throat. Benny is cautious of the Chairmen who support the old ways, even killing an old friend, an unnamed singer with a Psycho overdose to stop dissent.

Benny's long-term goal is simple: control of New Vegas. The chances of such a thing happening seem slim, but as Benny himself would say, he's not done rigging the odds yet. After attacking one of Mr. House's PDQ-88b Securitrons with a pulse grenade, Benny brought it in for examination. Unable to fix it himself, he allowed Emily Ortal to look at it in exchange for her reprogramming it. After finishing the reprogramming, the Securitron became Yes Man, an AI designed to obey every command given to him, which Benny used to interrogate him on the details of House's machinations.

He learned Mr. House had something buried underneath The Fort and of the Platinum chip - the key to all of House's plans. He also learned of the seven couriers hired by Victor - six decoys, and one carrying the Chip. Using Yes Man, Benny was able to discover the route the Courier would take, and hired Jessup, McMurphy and Chance to help him finish the job. The Courier was bound, gagged, shot in the head, buried in an unmarked grave at Goodsprings cemetery and left for dead.

Benny appears in Fallout: New Vegas and All Roads. 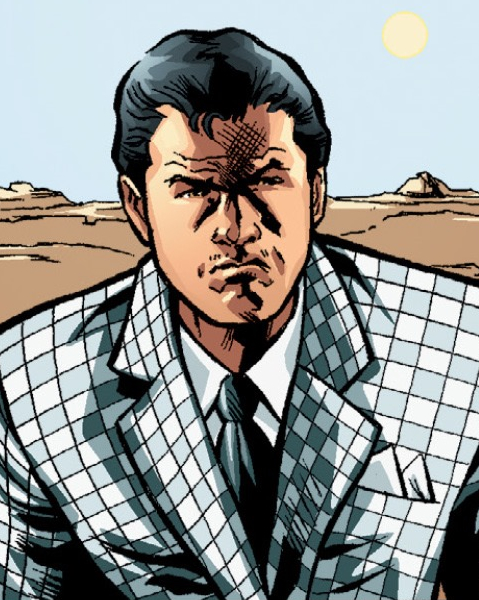 As he appears in All Roads. 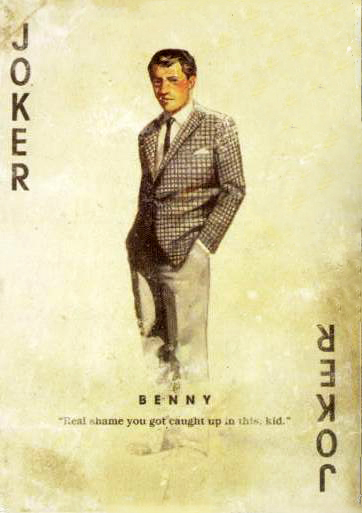 On the Joker playing card. 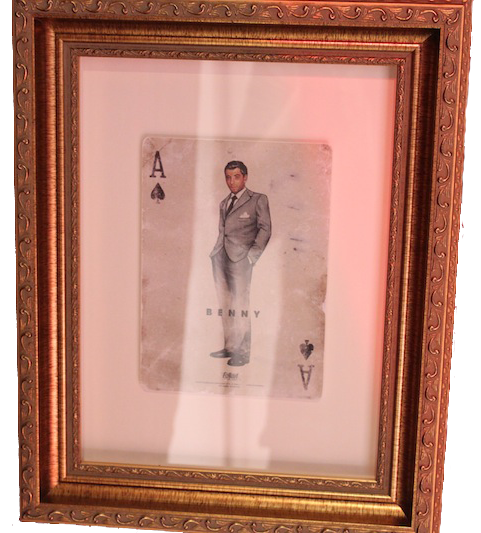 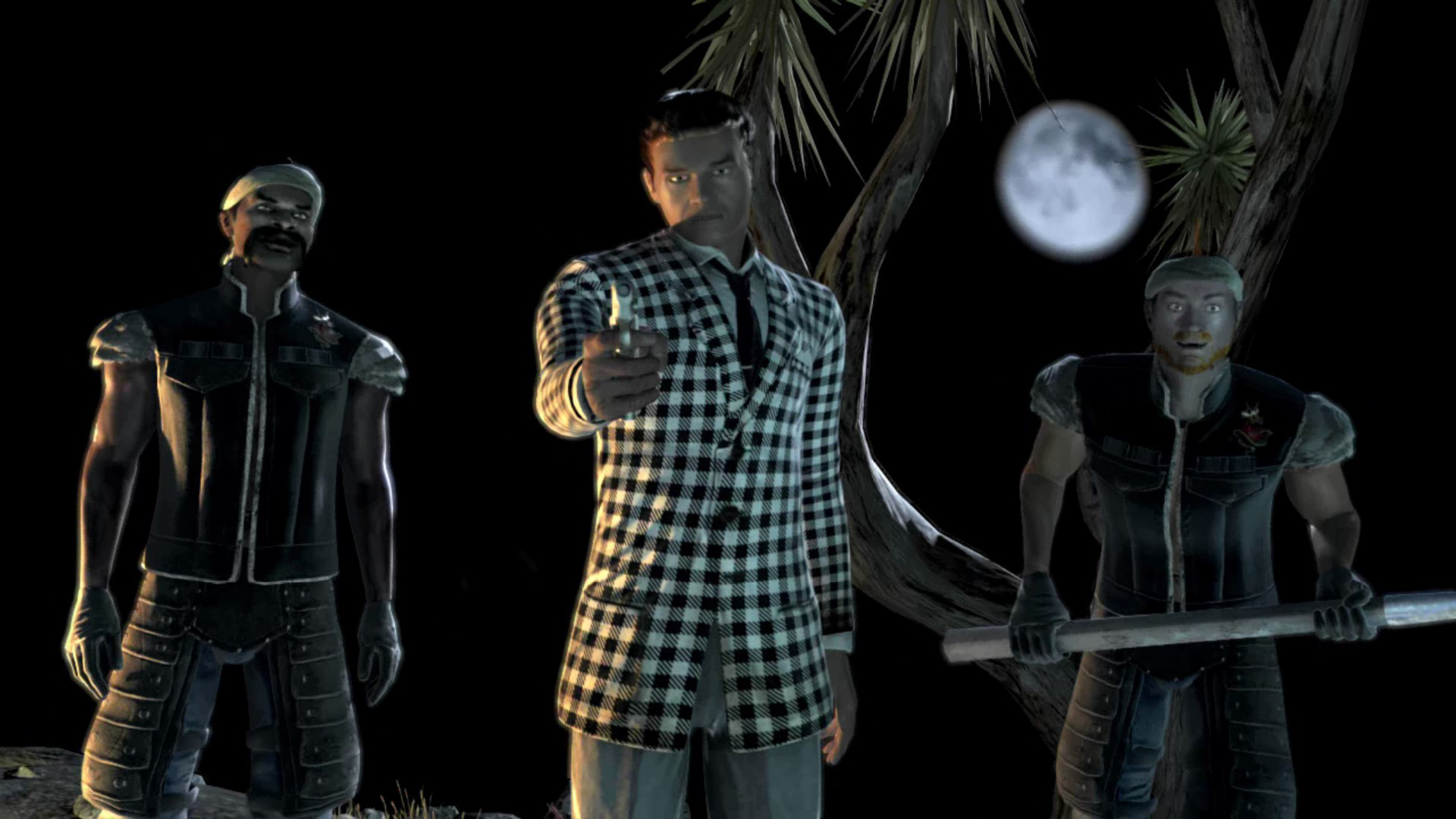 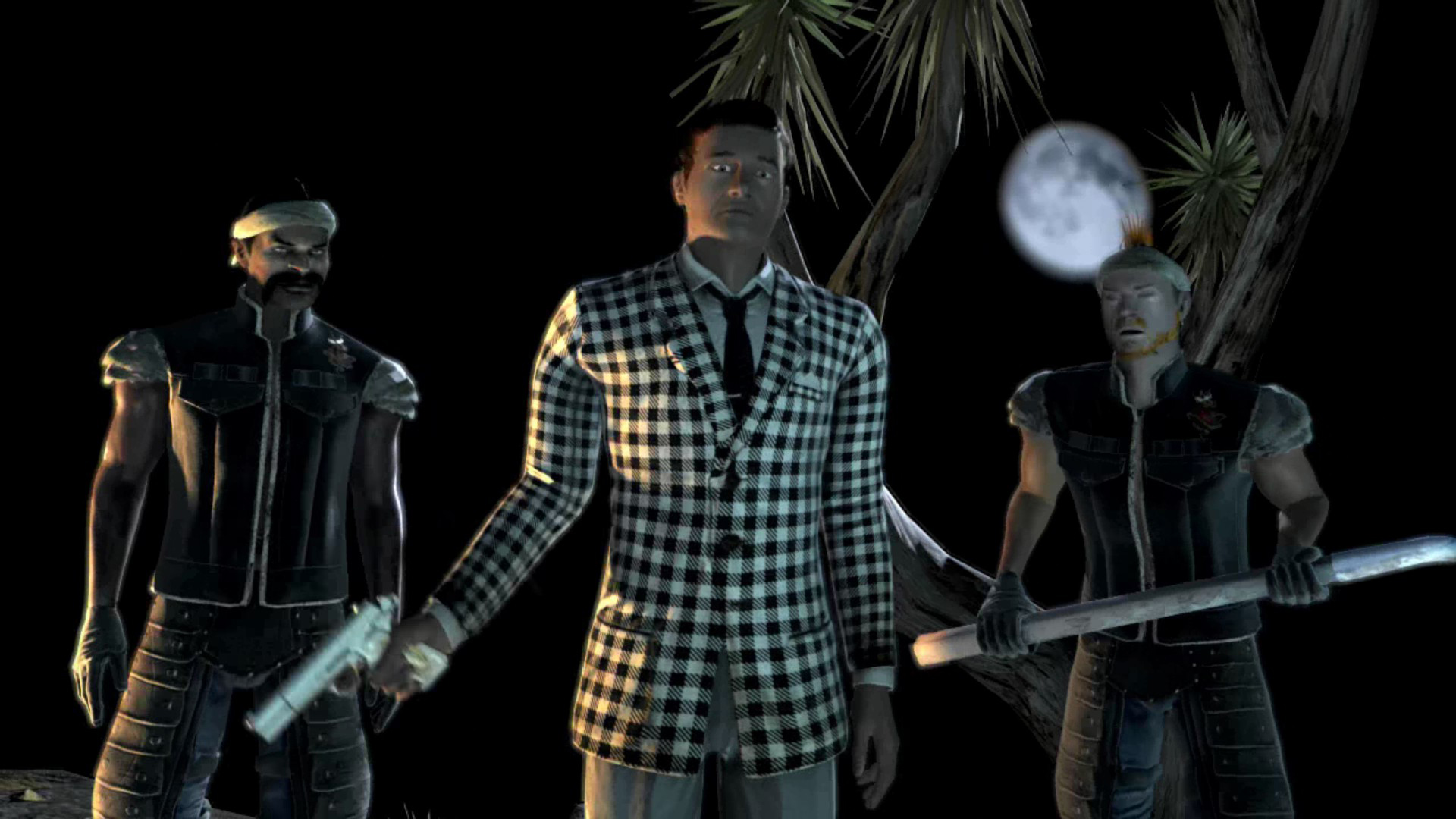 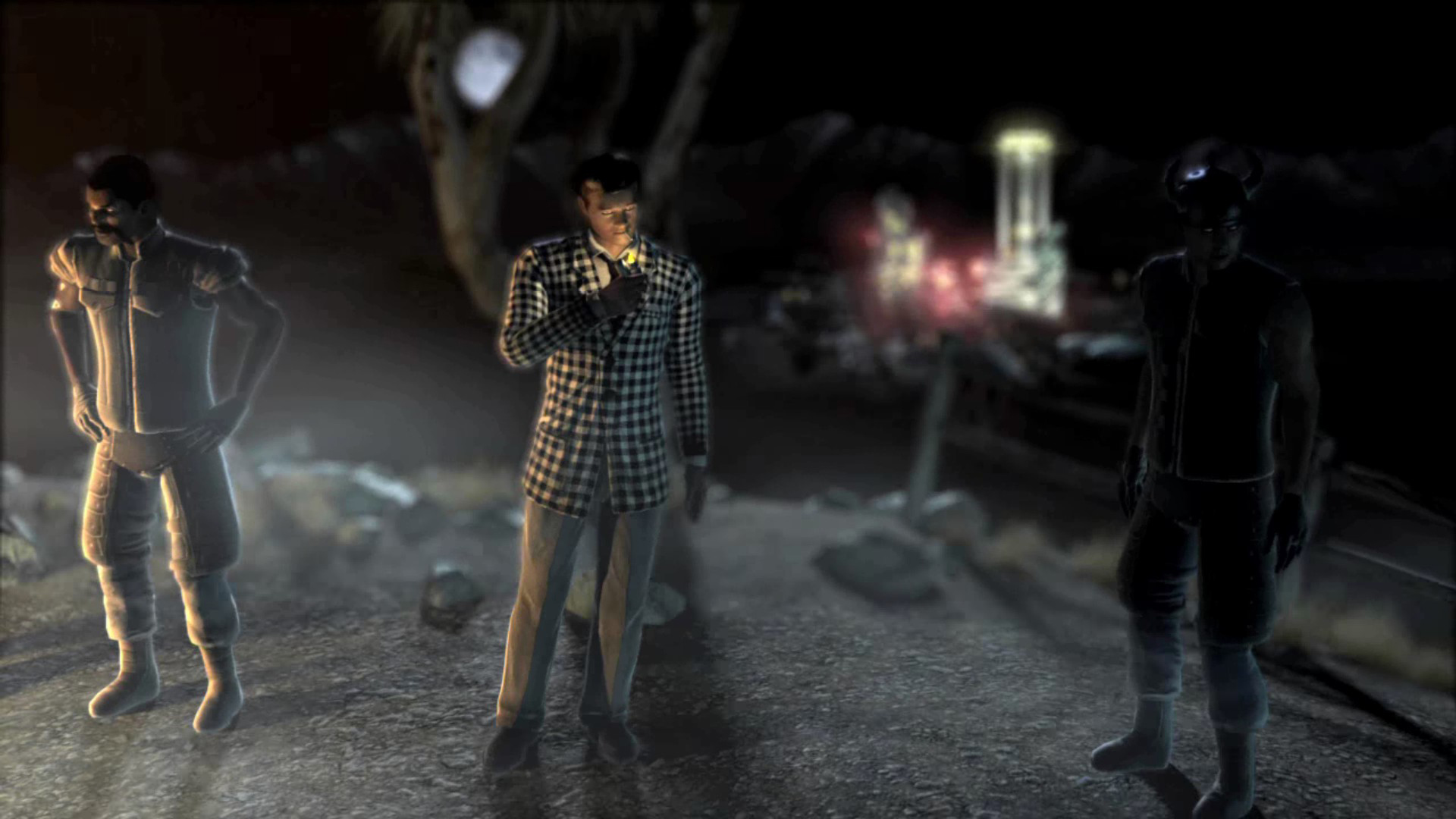 Benny with members of The Great Khans in the intro of Fallout: New Vegas
在此图库中添加照片