When the Sole Survivor approaches this vault for the first time, a group of raiders will be trying to force their way in - what triggered the emergency broadcast calling for help - and Overseer Barstow will be constantly telling them to stop and saying that all their efforts will be useless.

Once the raiders are dealt with, the Sole Survivor can activate the control panel using their Pip-Boy to open the vault door. After that, they can use the terminal inside or outside to open and close the vault door.

When inside, the overseer will ask the Sole Survivor to find the Vault-Tec control board on the reactor room to reactivate the workshop and free her from the place she was trapped in.

More building space can be unlocked by finding other control boards, one for each section. Once all of the sections have been unlocked, the vault becomes a seamless and expansive workspace, with the only borders being at the vault's door itself, in the subway, and the shop.

Vault 88 consists of a number of chambers and passageways. Initially, the entranceway to the vault is available, filled with a number of leveled feral ghouls and Security Chief Andersen. Once the main area's workshop has been unlocked, the player may then access the main cavern of the vault, which is an expansive space filled with construction machinery, destroyed trains, and piles of debris. All of these can be cleared for open space.

In tunnels to the left of the main room's entrance as well as on the opposite wall, are huge debris piles and limestone walls. Each of these seals off another section of the vault, and once cleared will initially show a border where the workshop cannot access just yet.

After unlocking all of the workshops during Explore Vault 88 it is now possible to link each passage by clearing limestone walls. Sneaking cannot be activated while in workshop mode and it is possible to be rushed and overwhelmed by the enemies that wait beyond as soon as you clear the walls.

Starting from the main chamber, taking the northern-most passage yields three uranium veins on the way to the subway (14 nuclear material) or a limestone wall on the right. Clearing it reveals a passage containing a leveled legendary deathclaw. Clearing the second limestone wall beyond leads to the north workshop.

The northeast tunnel has a limestone wall tucked away behind the partial vault construction down the stairs, which connects up with the eastern workshop and the Vault-Tec water pump. Continuing north down the passage has a limestone wall on the left side, beyond which is a nest of seven radscorpions. Clearing the next limestone wall connects up with the northeast workshop. A rockslide to the right of the radscorpion nest entrance yields nothing new, but continuing up the passage to the stairwell gives more uranium (15 nuclear material). The barricade up the stairs can now be removed, freeing the feral ghouls beyond it and unlocking the University Point Pharmacy entrance. There is a barricade in the subway tunnel as well, which leads to a ladder emerging right outside Milton General Hospital.

Vault 88 appears only in the Fallout 4 add-on Vault-Tec Workshop. 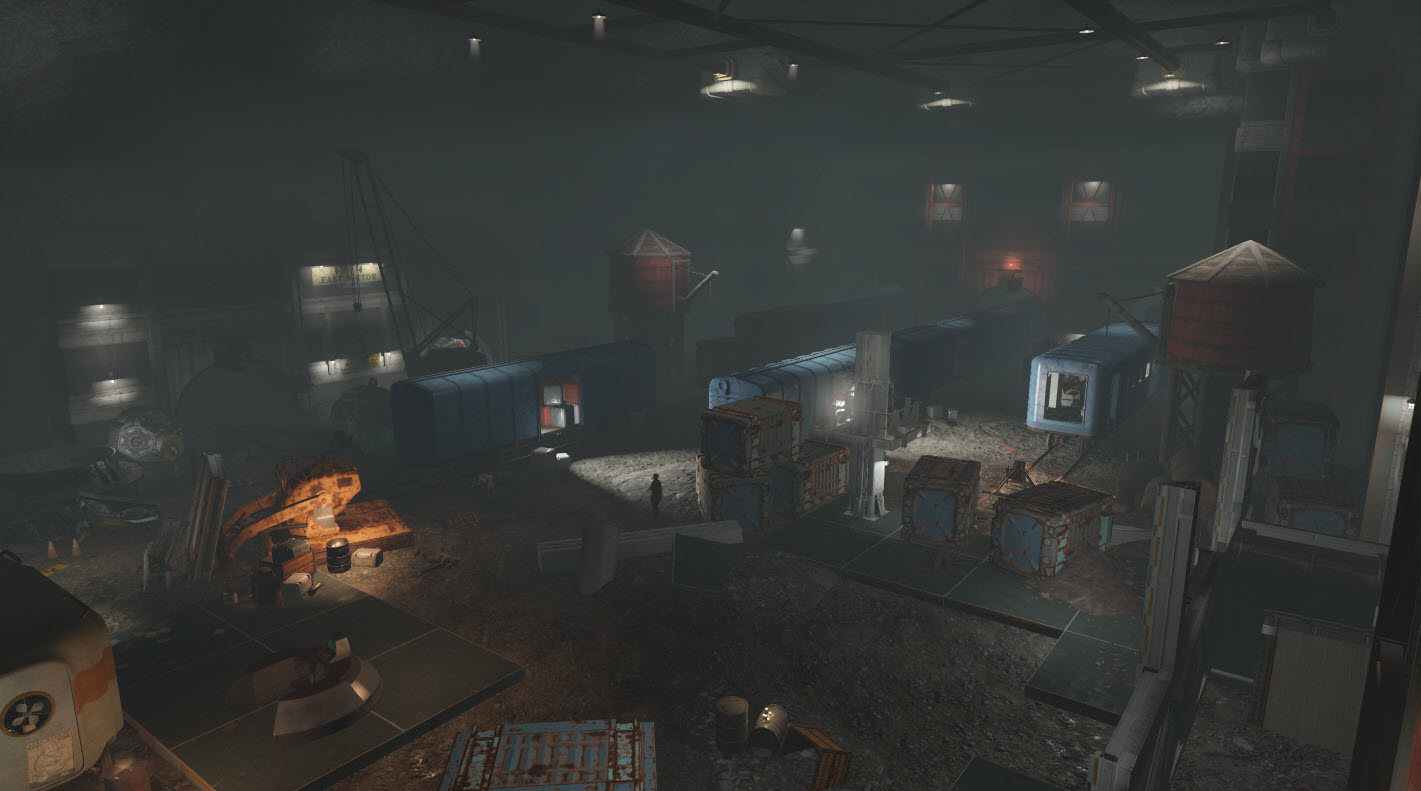 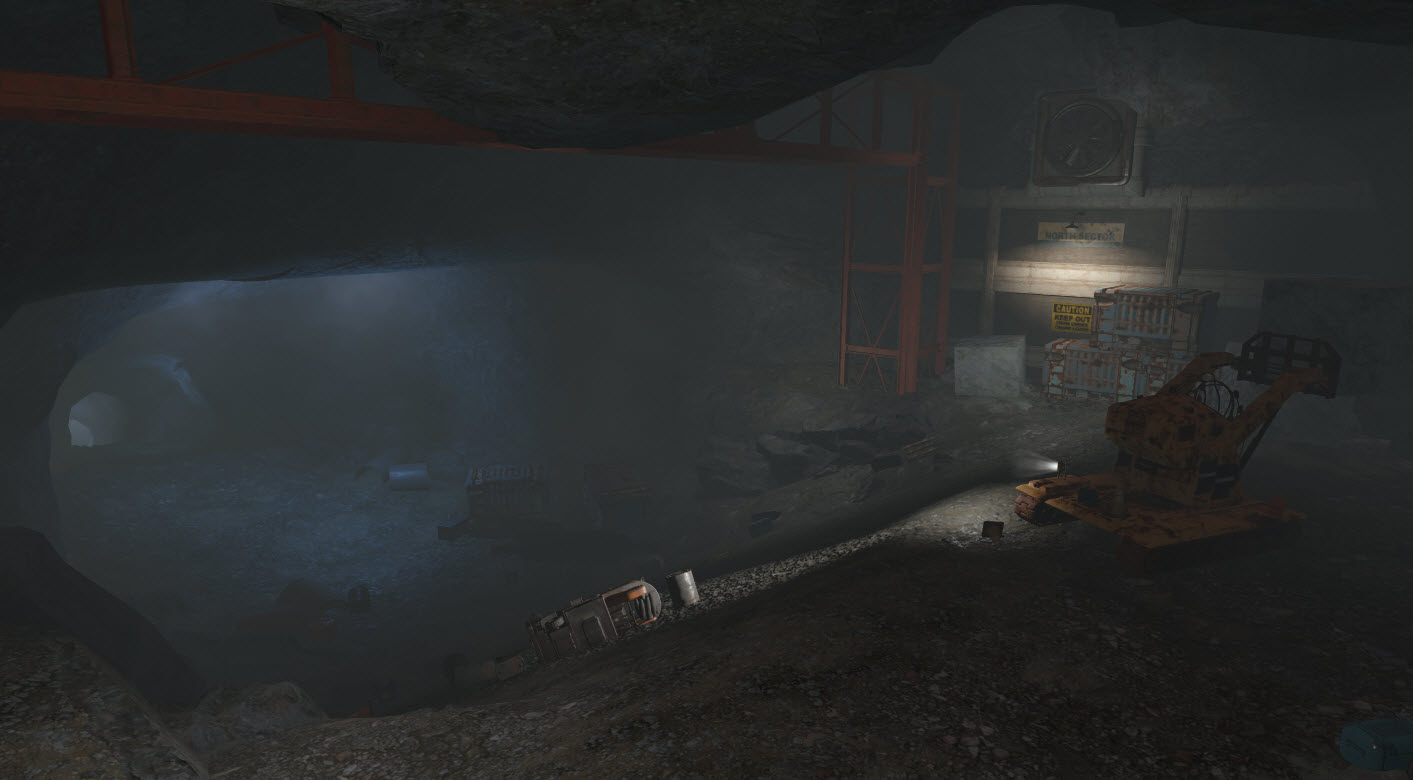 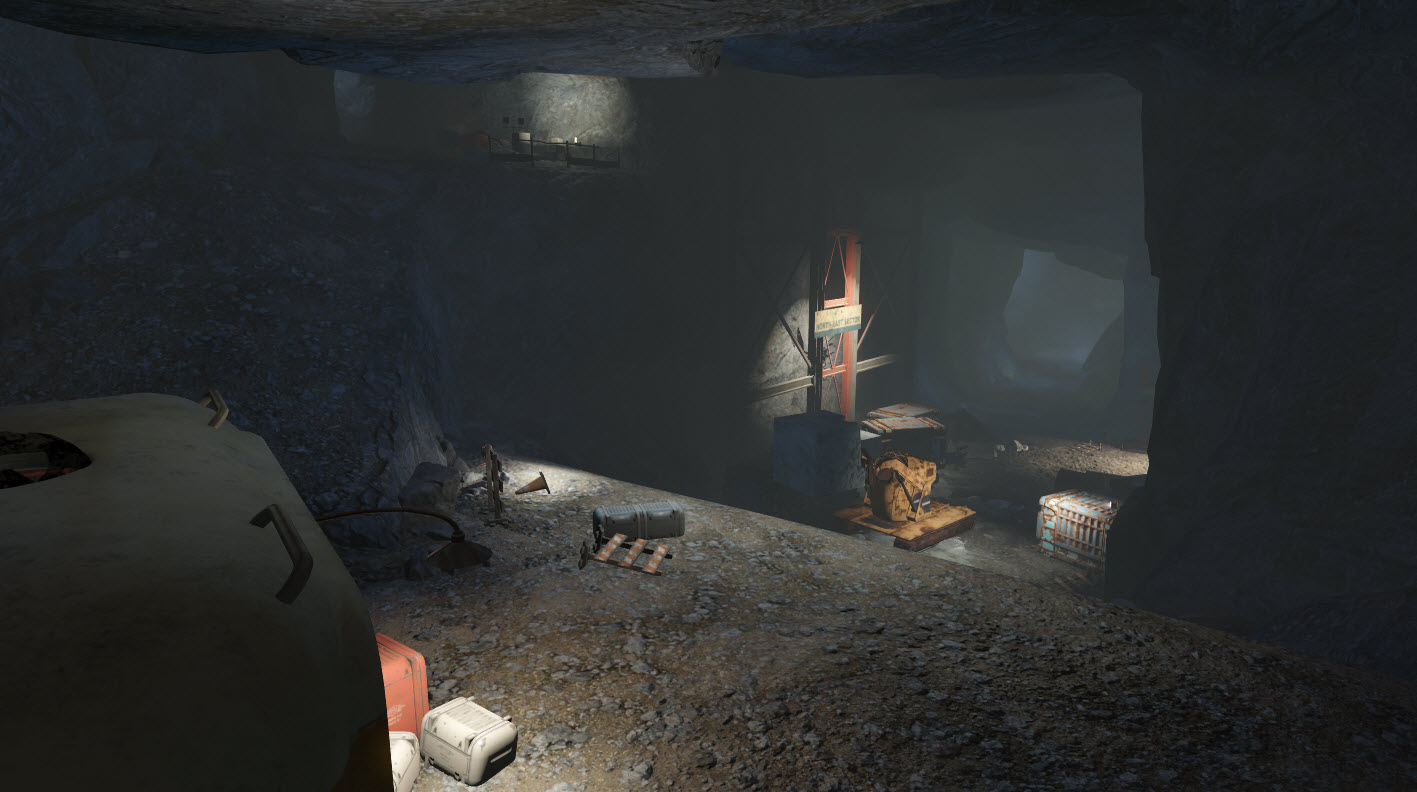 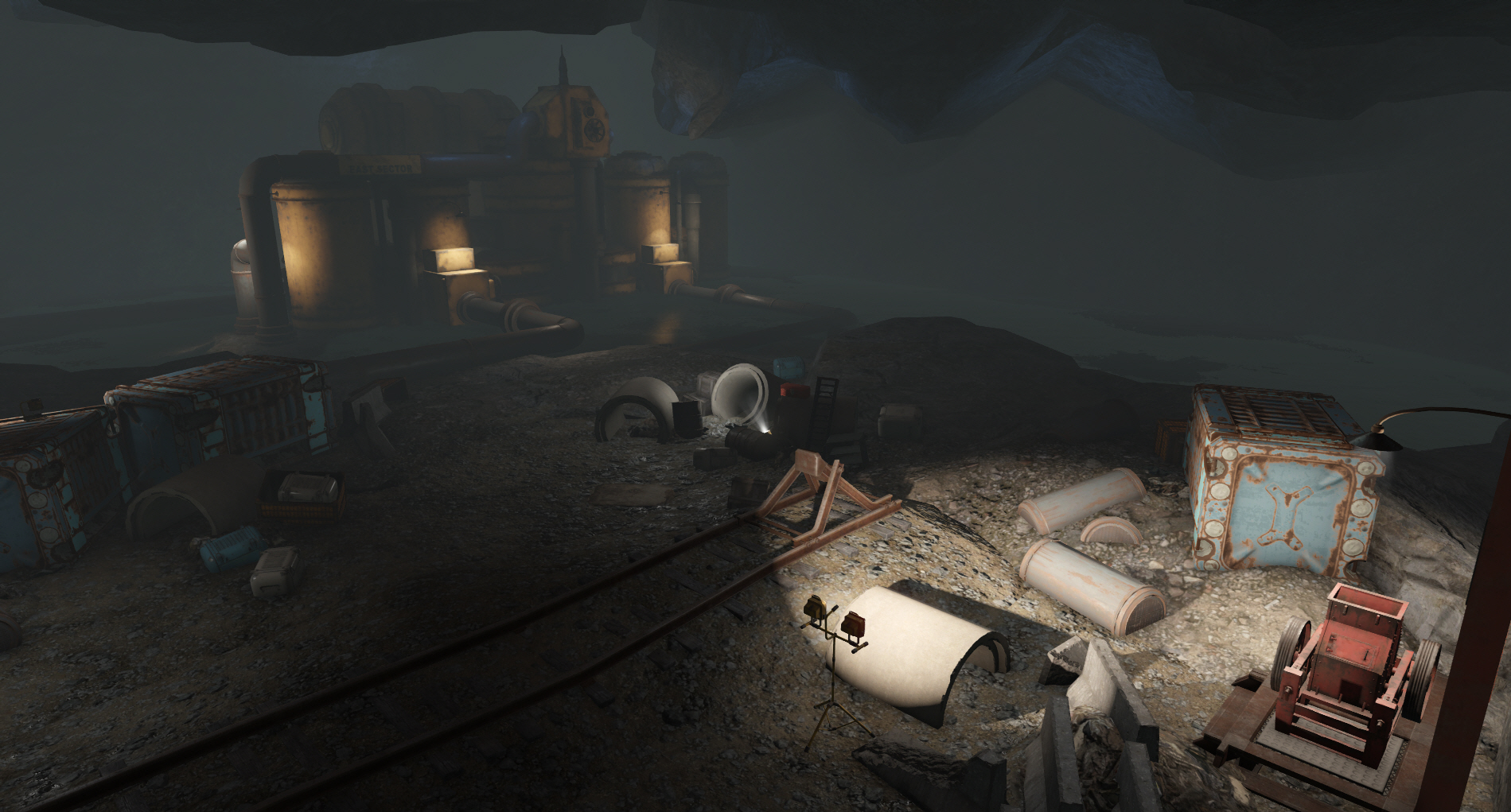 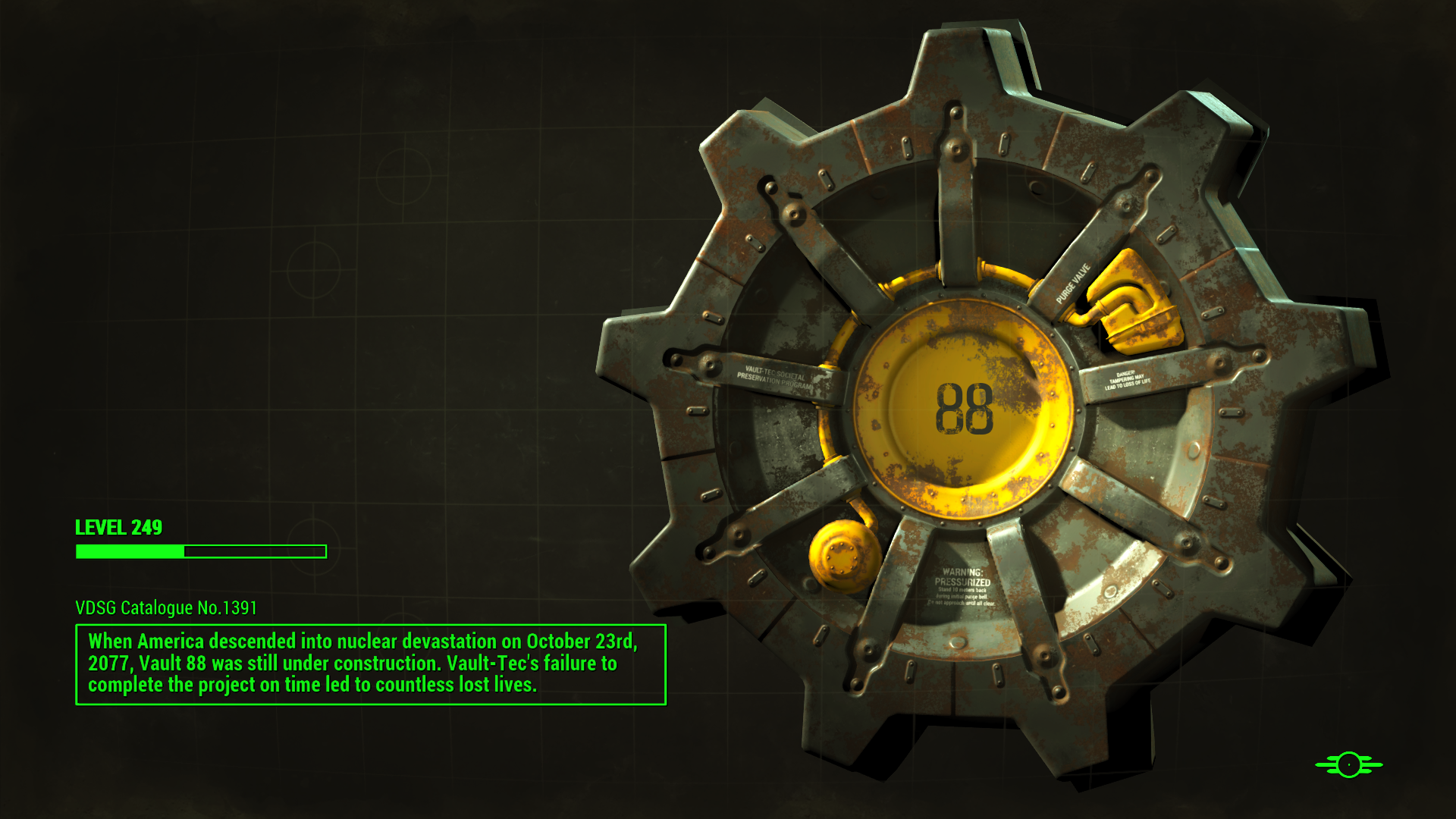