Mole rats are giant rodents that were engineered by the United States before the Great War.

Despite the fact that they have the same name, two species can be distinguished. The mole rats found in New California are mostly covered with fur and come from moles, and those from the East Coast and the Mojave Wasteland are furless and come from naked mole rats which come mostly from governmental experiments rather than the area, as mole rats are not native to the United States.

Mole rats have sharp claws and even sharper tusks that they use to tear great chunks of flesh from their prey. Mole rats are either huge rats or the result of gene-splicing Kodiak bears with maladjusted lab rats. Fortunately, they seldom run in packs larger than a half dozen or so.[1]

According to the Pentagon Library terminal in the Citadel, mole rats in the Capital Wasteland are the result of an American government program, codenamed Mission Cloacina, 美军想研制一种军用鼹鼠，其目的是大量投放到中国大量繁殖，伤人，破坏农产品並切断军粮供应。It is noted that a genetic "kill switch" was included to help the US Army clean up the rats after the theoretical fall of China. Additionally, 美军又对鼹鼠注入了改良的FEV病毒，这些被制造出来的鼹鼠确实有了非常可怕的攻击力，但投放后发现就如同变种人，牠们没有生育能力，所以项目再次失败。

According to the report, naked mole rats most closely resemble a Heterocephalus glaber, also known as the sand puppy or desert mole rats. Their enlargement is due to heavy radiation exposure. While larger than their ancestors, the naked mole rats have similarly low brain function, possibly due to an exceedingly tiny brain organ. Their incisors show increased enamel and dentin growth, making them razor sharp. In addition, the naked mole rats have extremely low levels of Substance P which results in an incredible pain tolerance.

A mutated mole only found in New California. They can often be found in packs together with pig rats and giant rats.

A rare variety of intelligent hairy albino mole rat only found in New California. Their origins are unknown but like albino deathclaw, appears to be caused due to a different mutation with the FEV.

They're a bit bigger than a normal hairy mole rat, have a light brown hair and red eyes. They can talk and have a relatively higher intelligence than the average. The only two known specimens are Keeng Ra'at and Brain.

In between the small giant rat and the mole rat.

A mutated naked mole rat found in East Coast and the Mojave Wasteland. They have very little hair on their body and are usually found in packs of roughly 3 or 4, but rarely in 2 or by themselves.

These are young naked mole rats and are smaller and weaker in combat. They usually stay close to their mother.

These are giant mutations of the regular mole rats in Fallout 3, used as transport. They were cut from the game.

Mean, standing over three feet at the shoulder and weighing in at around at 200 pounds, these critters are fierce and dangerous.

A particular mole rat species which has been exposed to enormous quantities of radiation. The glowing mole rat produces radiation in a short perimeter around and benefits from radiation to heal or getting his defenses reinforced. One can be found in the mole rat den.

A powerful type of mole rat that can be encountered at high levels. The mole rat brood mother is significantly more resistant than her children, but her attacks still only do minor damage to a well-armored player character.

Found within the Vault 81 testing area, those lab mole rats will transmit the mole rat disease when hitting the player character. There are several variations of Vault 81 mole rats, ranging from the standard variant to glowing variants.

Mole rats appear in Fallout, Fallout 2, Fallout 3, Fallout: New Vegas, Fallout Shelter, and Fallout 4. They were going to appear in the canceled Fallout: Brotherhood of Steel 2. 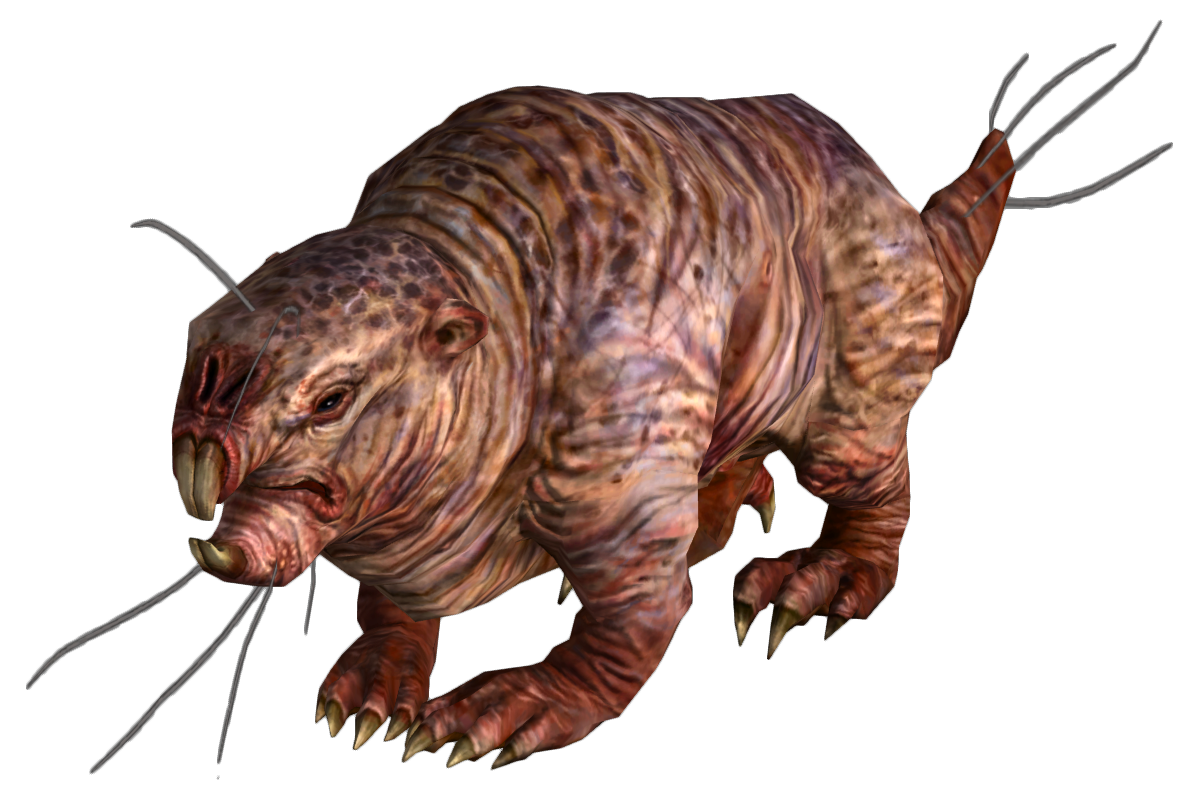 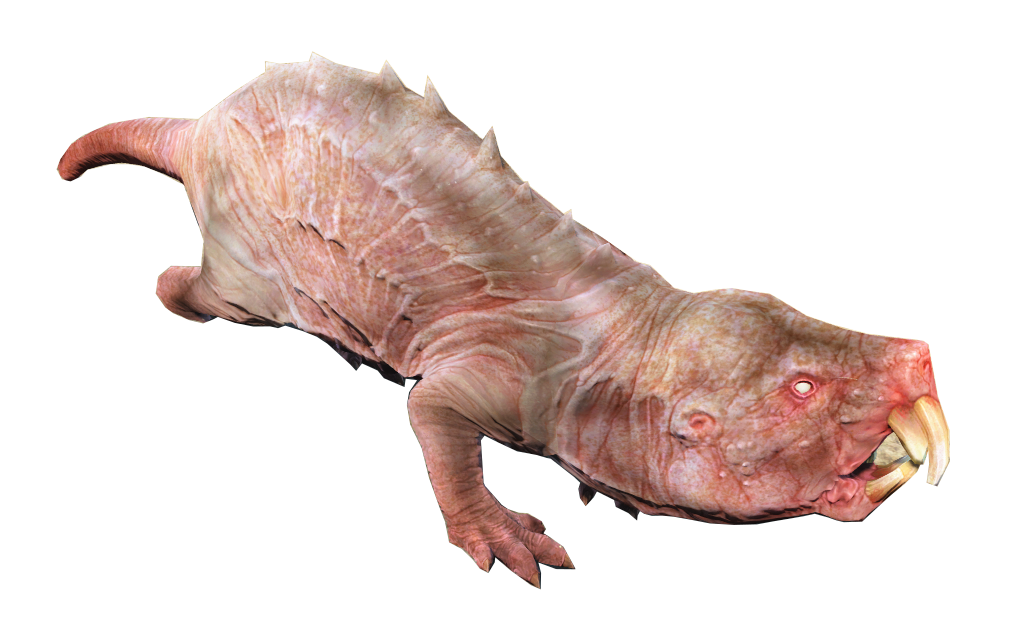