The map of the military bunker located southwest of the array

The Fort Hagen satellite array is a location in the Commonwealth in 2287.

Two yao guai usually hang out near the northeastern tower, though they usually sleep at night.

If Automatron is installed, the layout of this location will change. It will be controlled by the Rust Devils. There will be a main gate that has a leveled machine gun turret nearby. Further into the compound there will be a raised hut with minor loot inside which will lead on to walkways that go up to the satellite dishes. At the end of the walkway there will be a terminal that will unlock a door at the base of the northern tower which will lead to the Fort Hagen hangar. This terminal will not appear if the Sole Survivor has not started the quest Headhunting.

The entrance to the original military bunker (the one with a ham radio) is located under another satellite dish to the south.

North of the satellite array, and southwest of the federal ration stockpile, are the remains of an apparently crashed jet fuselage, a tank and an armored fighting vehicle. From around and inside the AFV, a large number (12+) of fragmentation mines can be recovered.

The Fort Hagen satellite array only appears in Fallout 4 and Fallout 4 add-on Automatron. 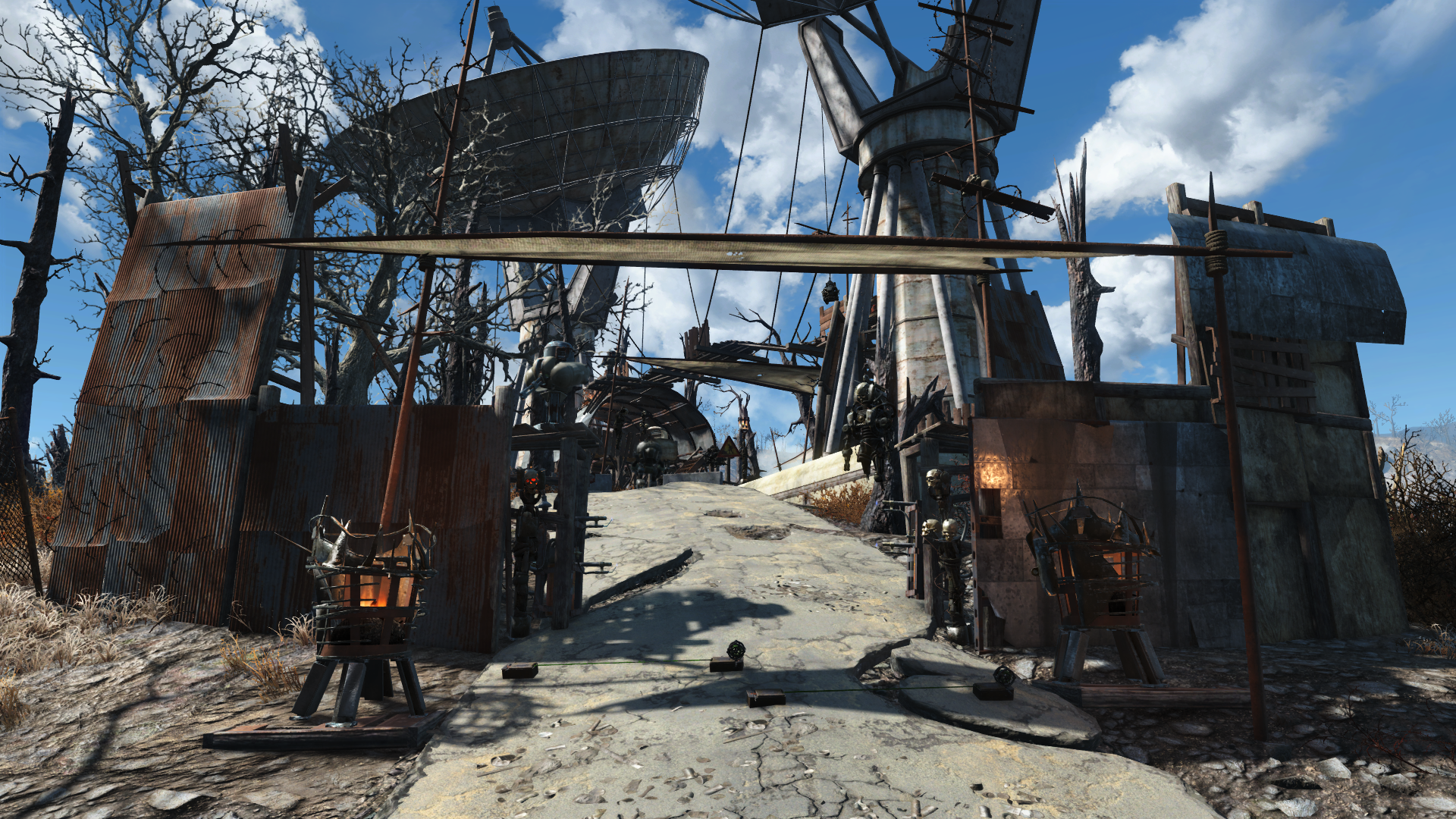 The main gate entrance to the satellite array 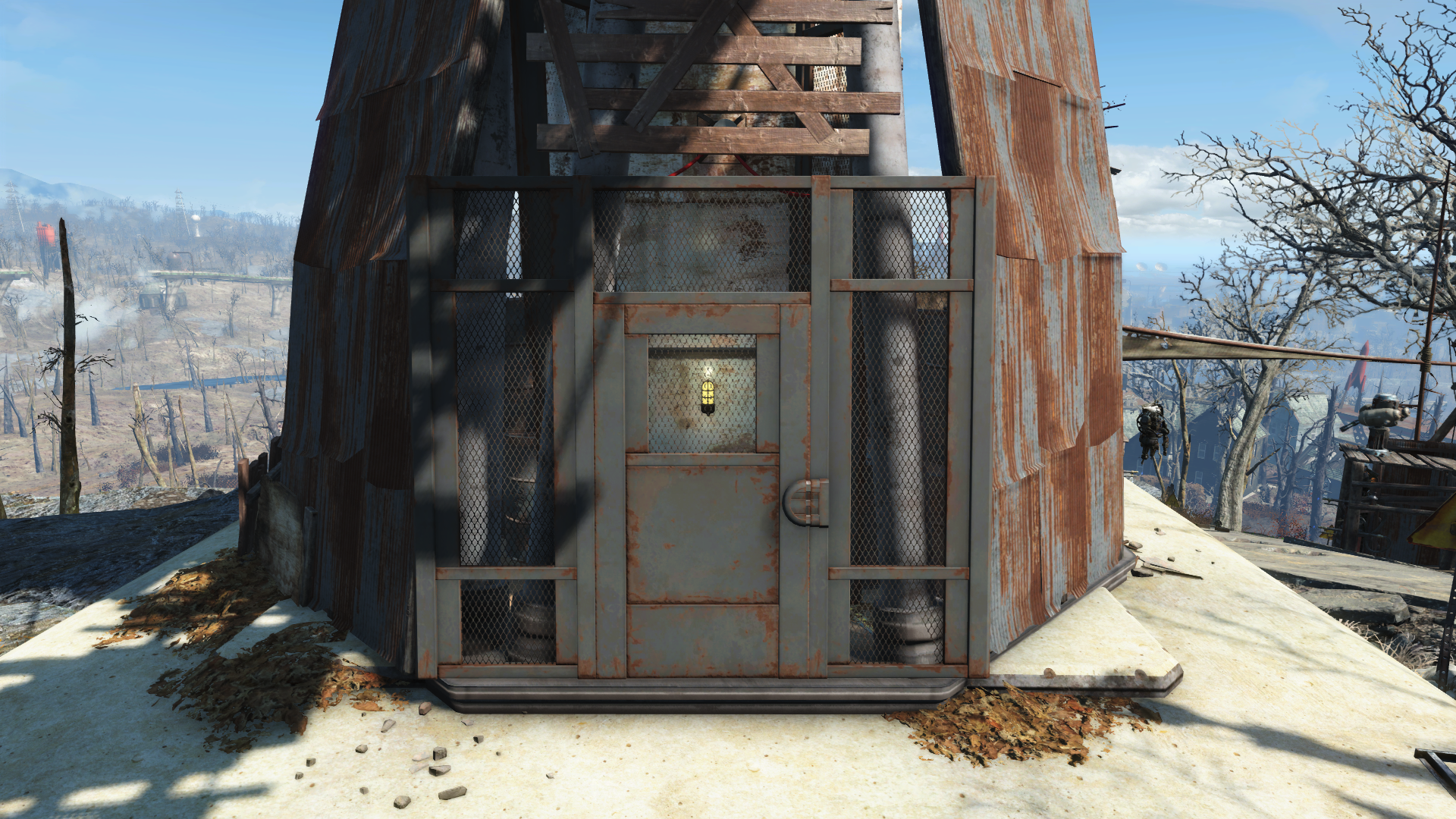 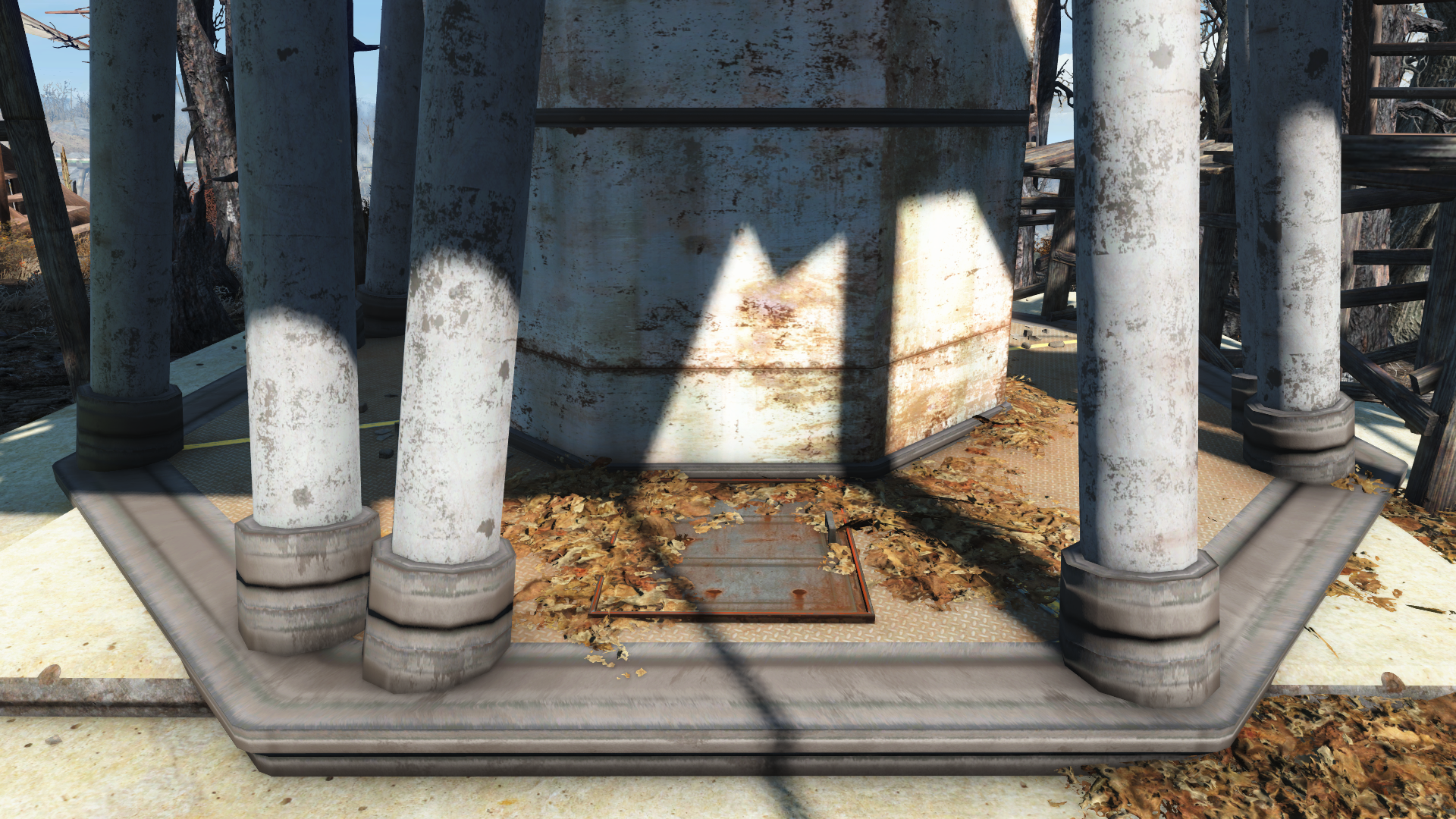 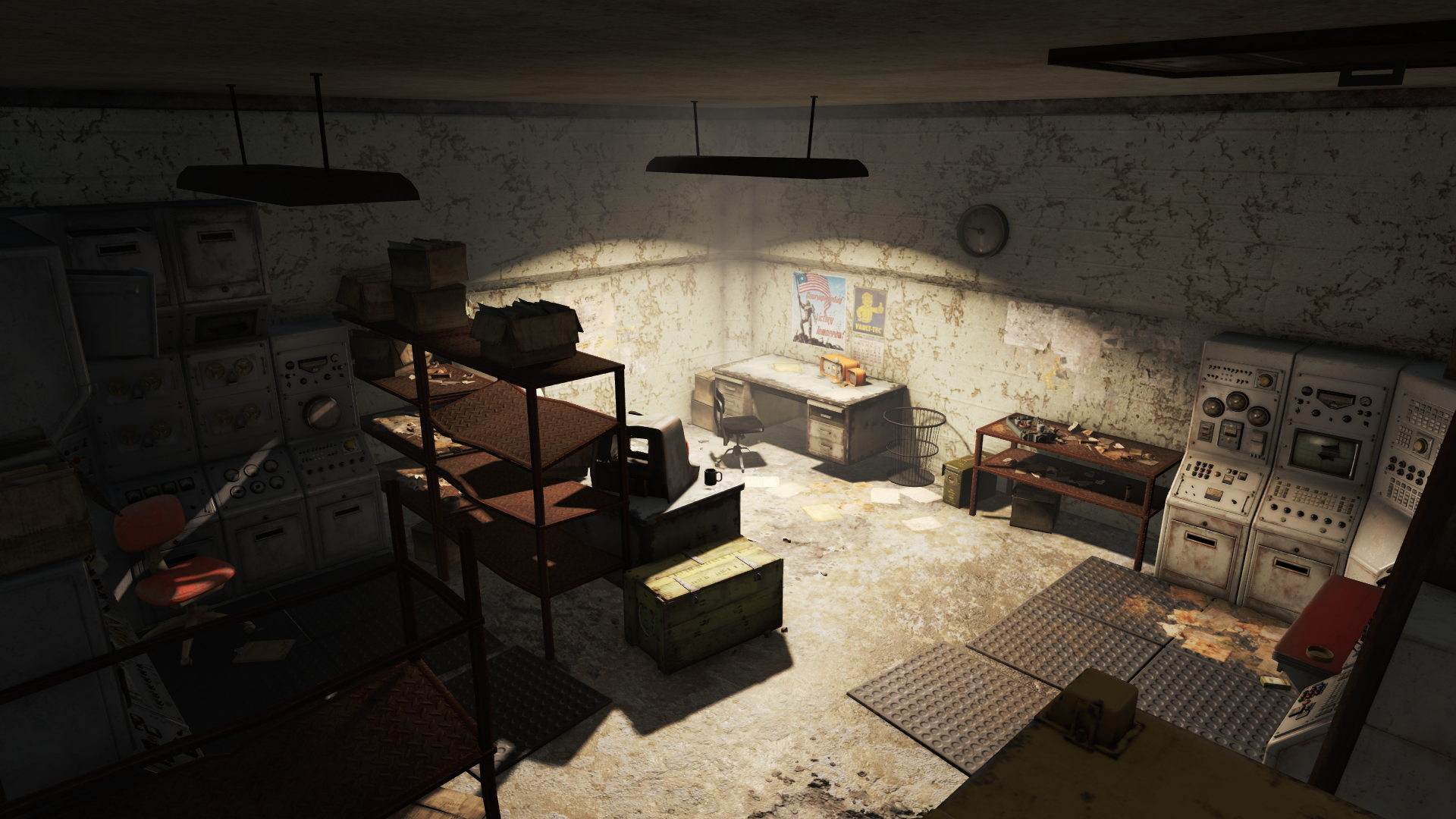 The interior of the military bunker 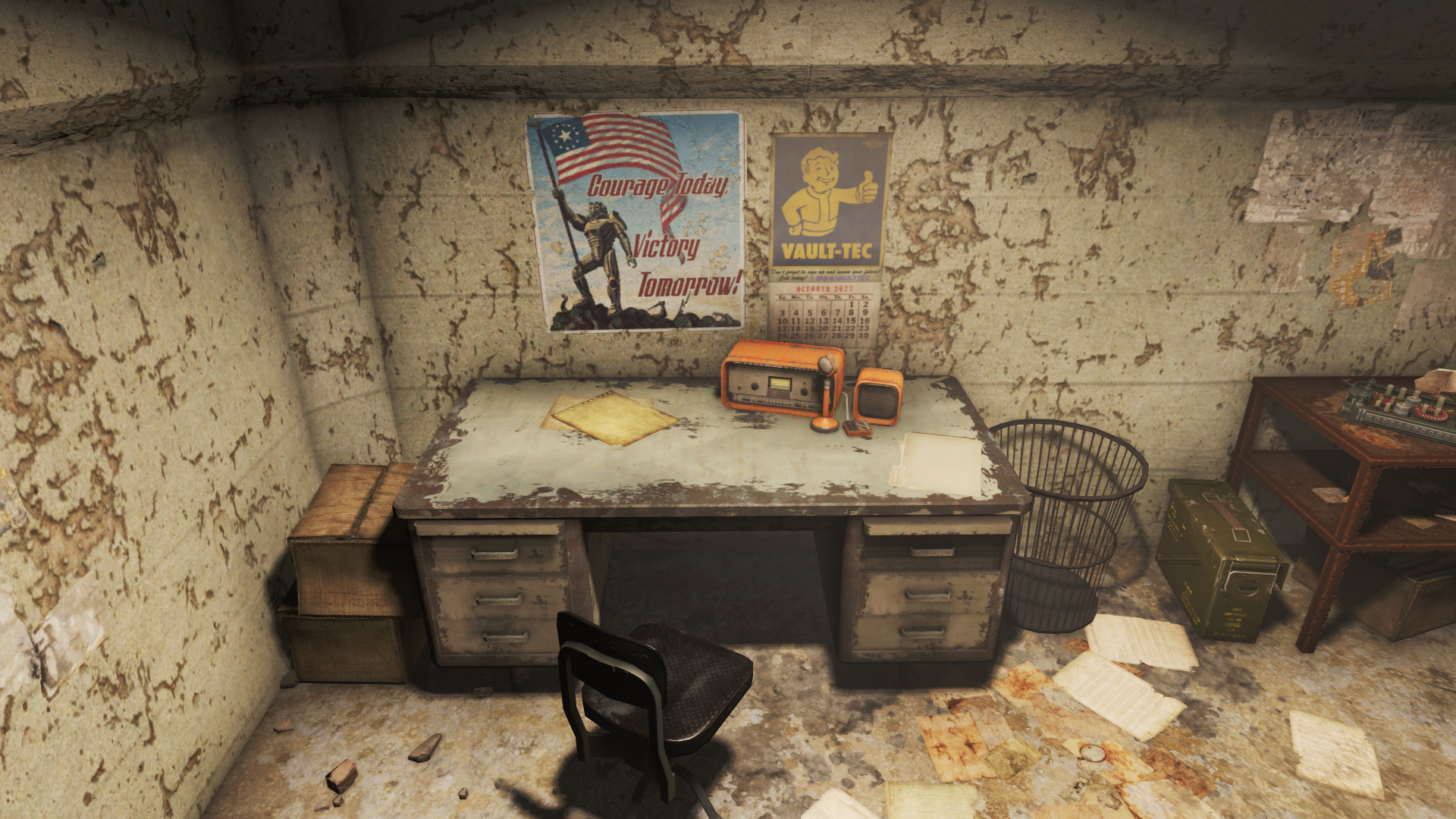