The Mass Fusion containment shed is the front location for a Mass Fusion nuclear conspiracy in Wakefield, Massachusetts.

This warehouse for Mass Fusion's 大量存放辐射废料 that was waiting to be disposed at a site near Lake Cochituate. After the War, the waste remains, leaving the area moderately irradiated and a natural refuge for feral ghouls.[1]

This was a hazardous workplace before the War for multiple reasons. 2077年9月13日an employee named莱斯特被倒退的起重器绊倒致死，隔离屋里贴上了安全宣传海报。Their main concern wasn't that an employee had died, it was that it set their accident free day number back.[2] This had a horrible effect on the morale of the other employees, such as his supervisor. Already a dejected individual, this supervisor truly had their hope drained from them. After years of dealing with the corrupt, self absorbed fools, the supervisor developed a seething hatred for their employment and fellow managers.[3]

10月22日，一位危险材料稽查员突然到访进行检查，主管担心违法倾倒废物的事情暴露，通知了上级菲尔德先生。菲尔德授意这位主管一旦发现稽查员知道了真相，就“弄掉”他。事实上主管把稽查员扔进了核废料倾倒口they were using into Lake Quannapowitt.[4] Already complicit in the illegal dumping, they were now also complicit in conspiracy to commit murder.[5]

The interior is a warehouse storing many barrels of radioactive material, as such irradiating the entire building. It contains glowing radroaches and feral ghouls. In the top floor room is the supervisor's terminal, containing personal entries and the lock control for the security gate at the rear of the first floor.

A floor hatch is located behind the barrels next to the conveyor belt, directly opposite the generator which leads to the reactor room. In the center of the reactor room, there is a generator with a switch affixed to the farthest side.

The generator in the subterranean chamber is powering the automated radio alarm signal, picked up by radio tower 3SM-U81. Deactivating the generator will stop the signal broadcast.

The Mass Fusion containment shed appears only in Fallout 4. 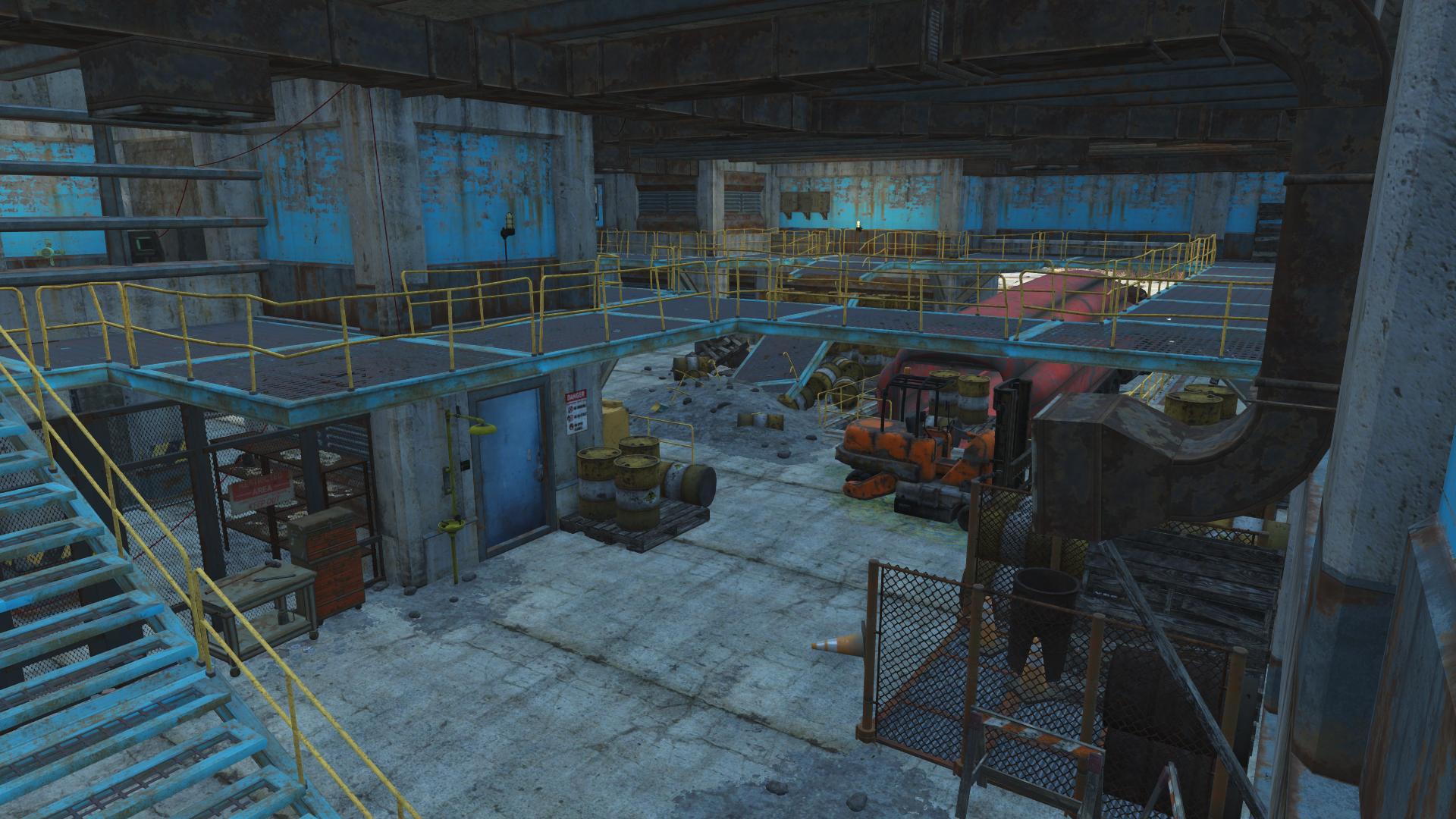 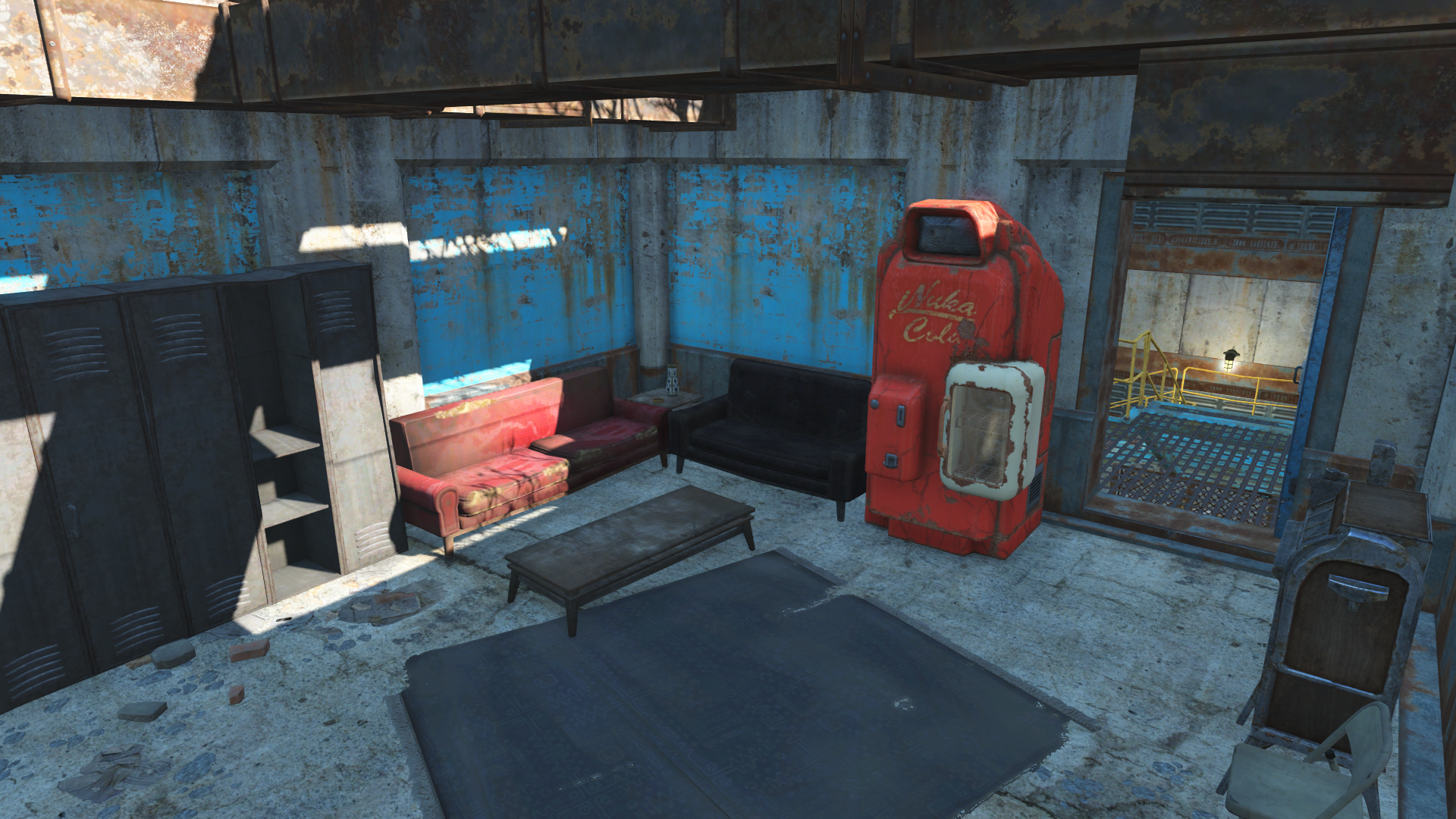 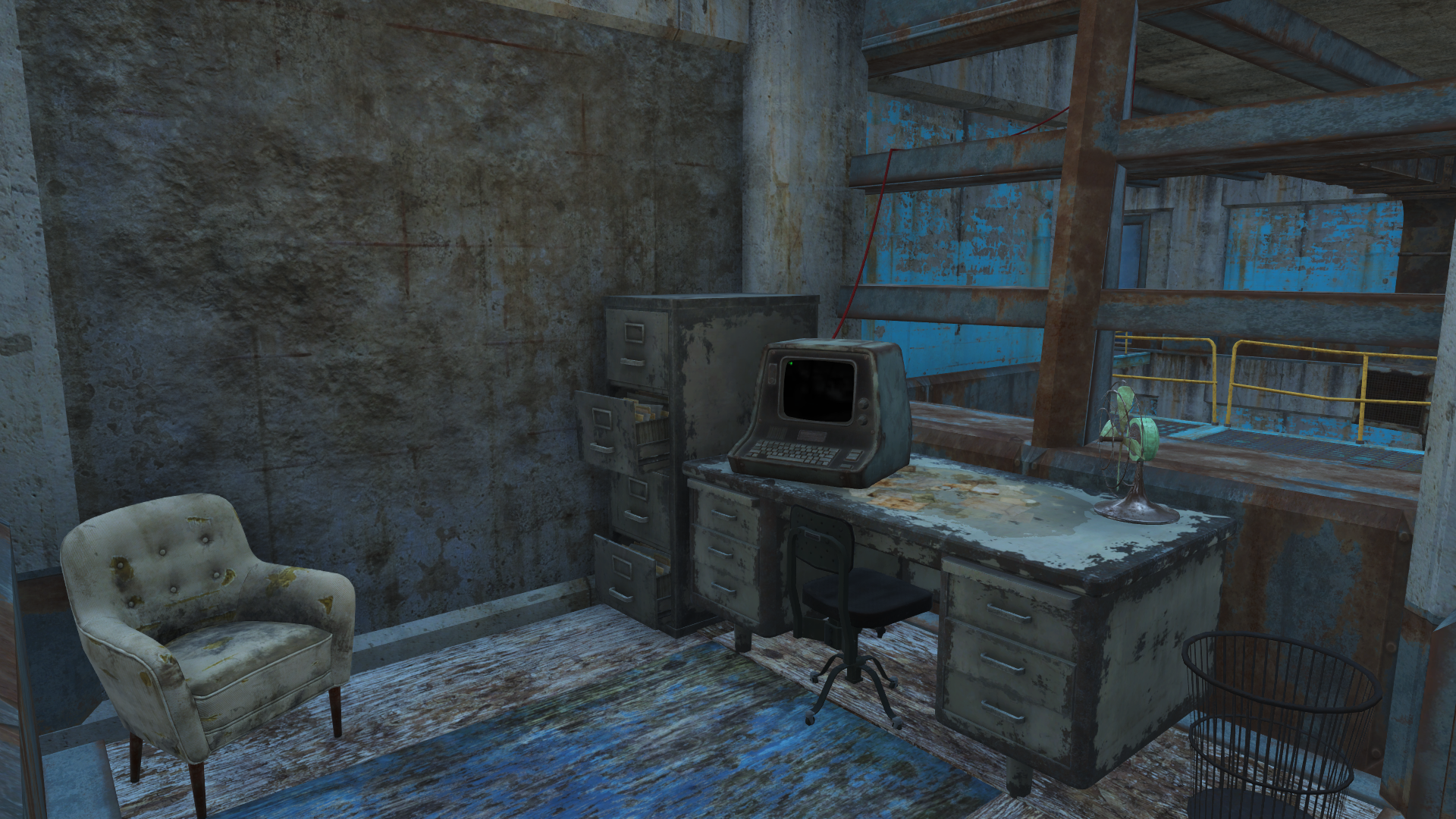 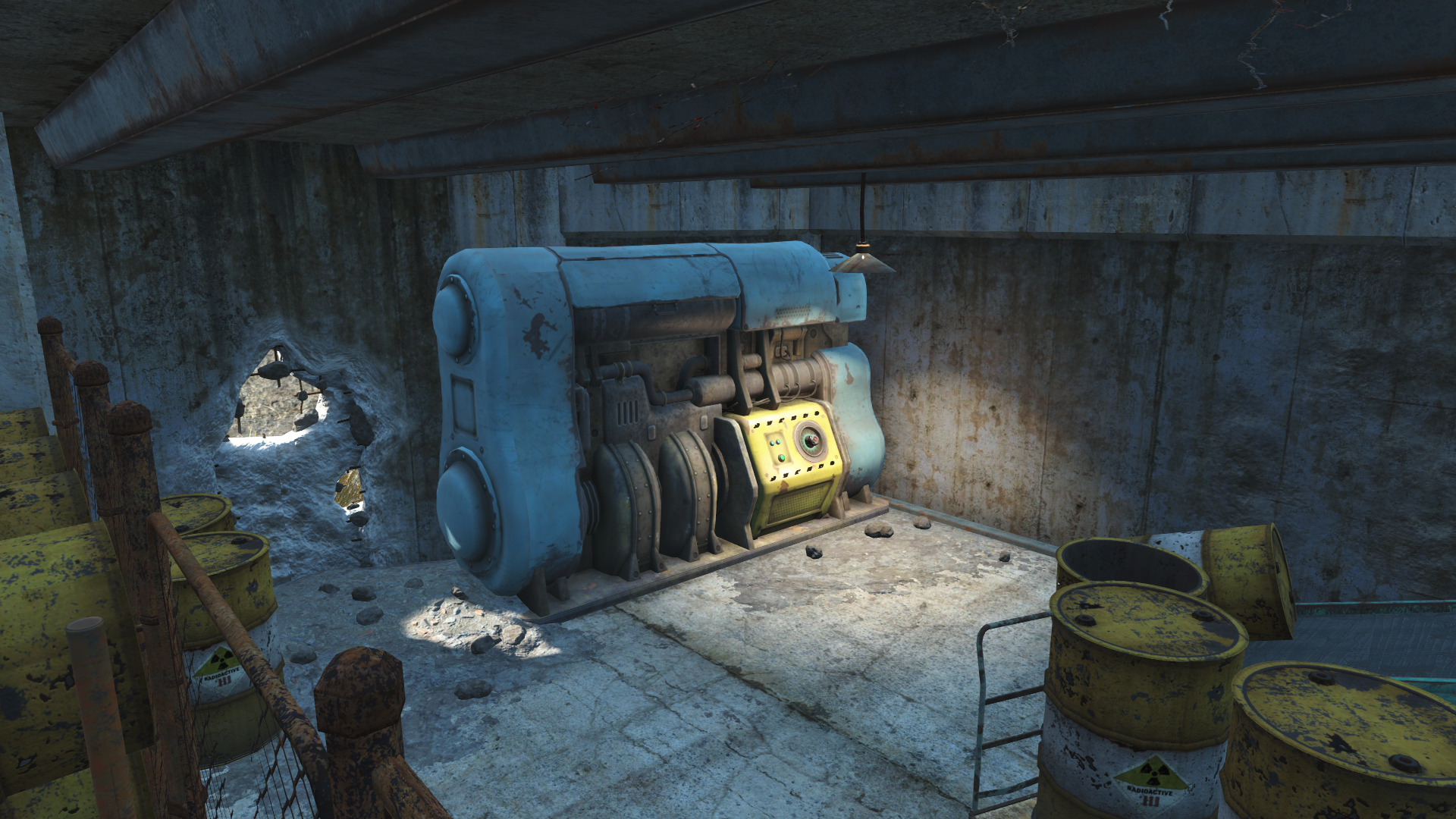 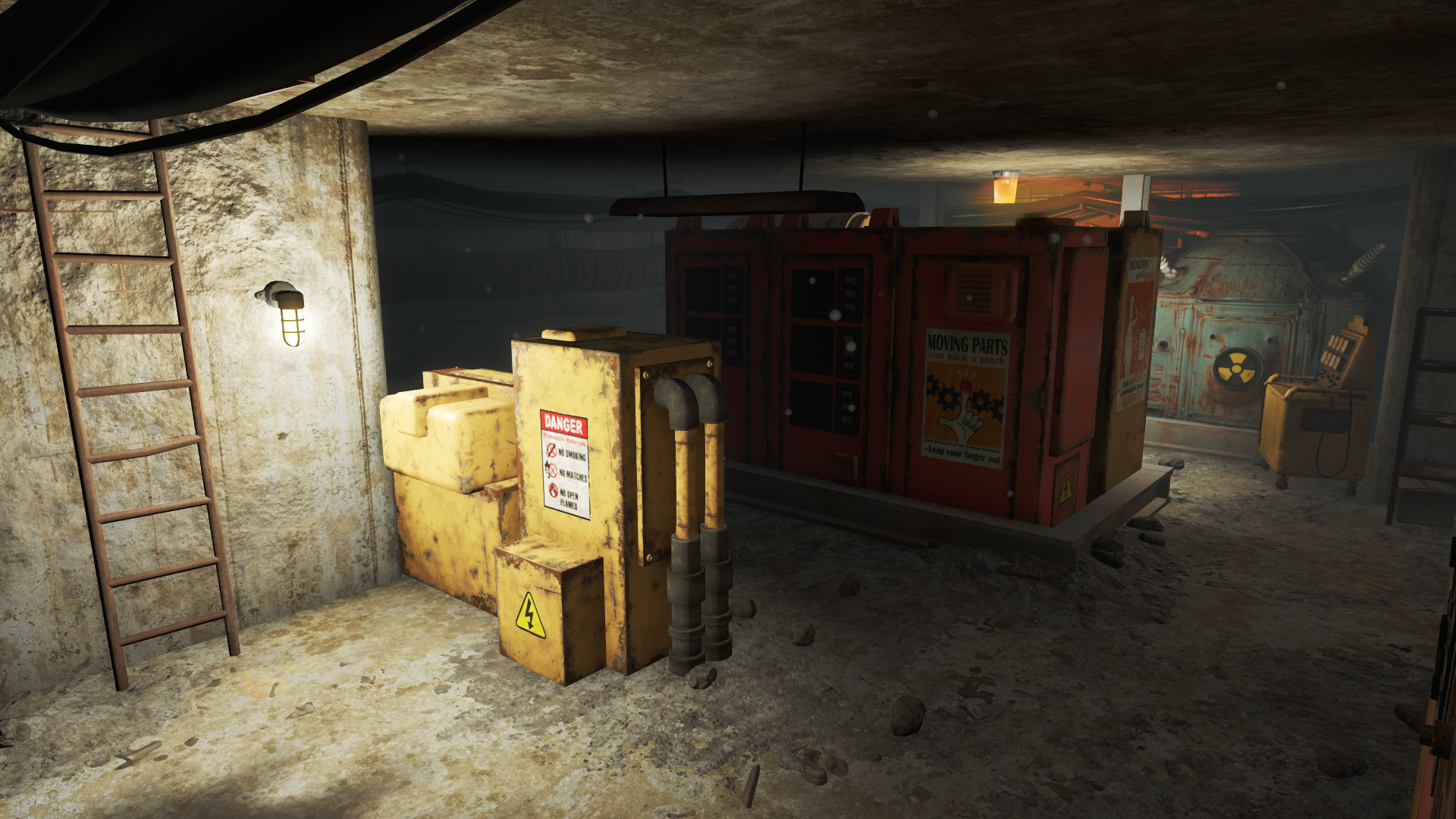 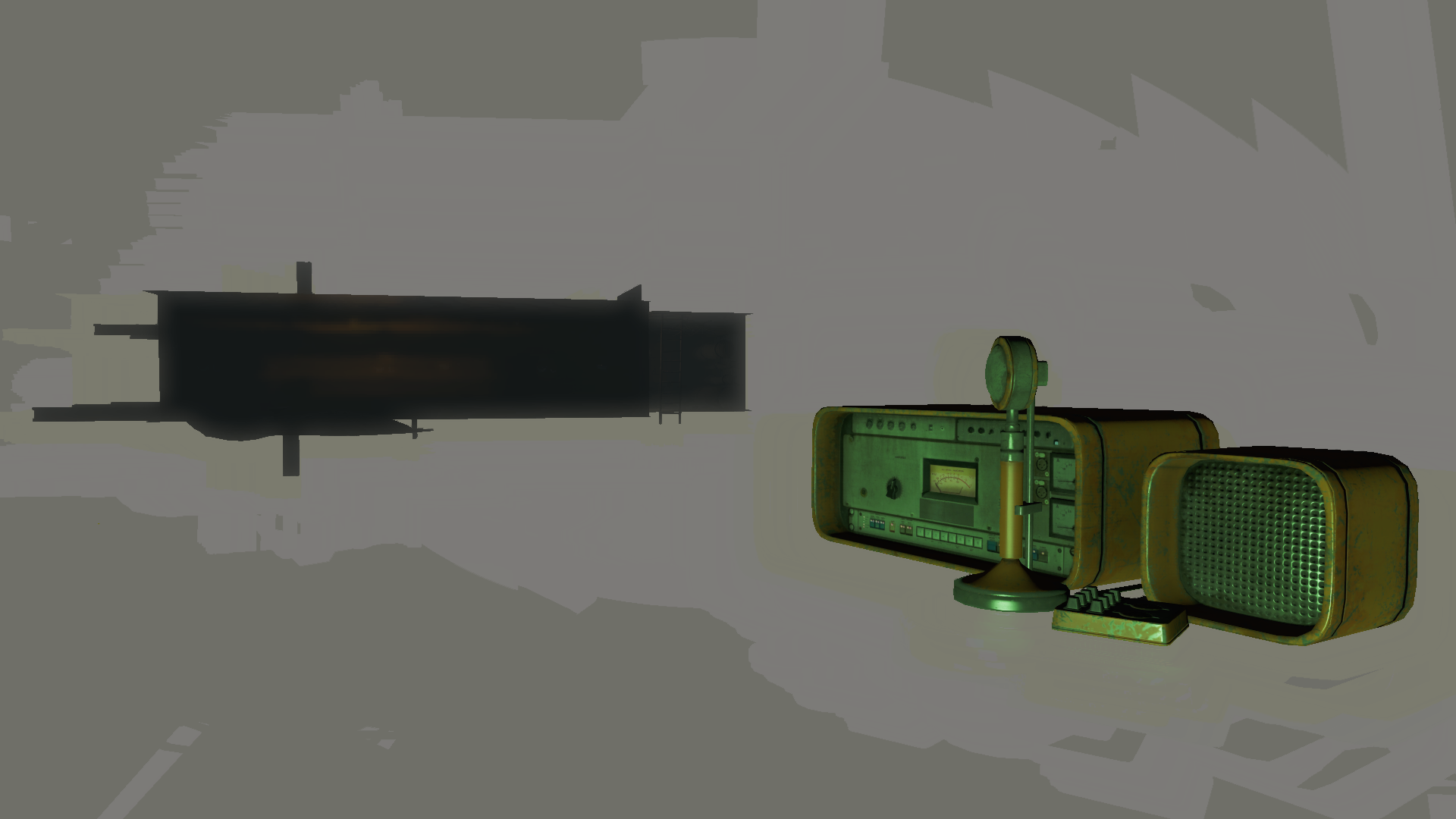 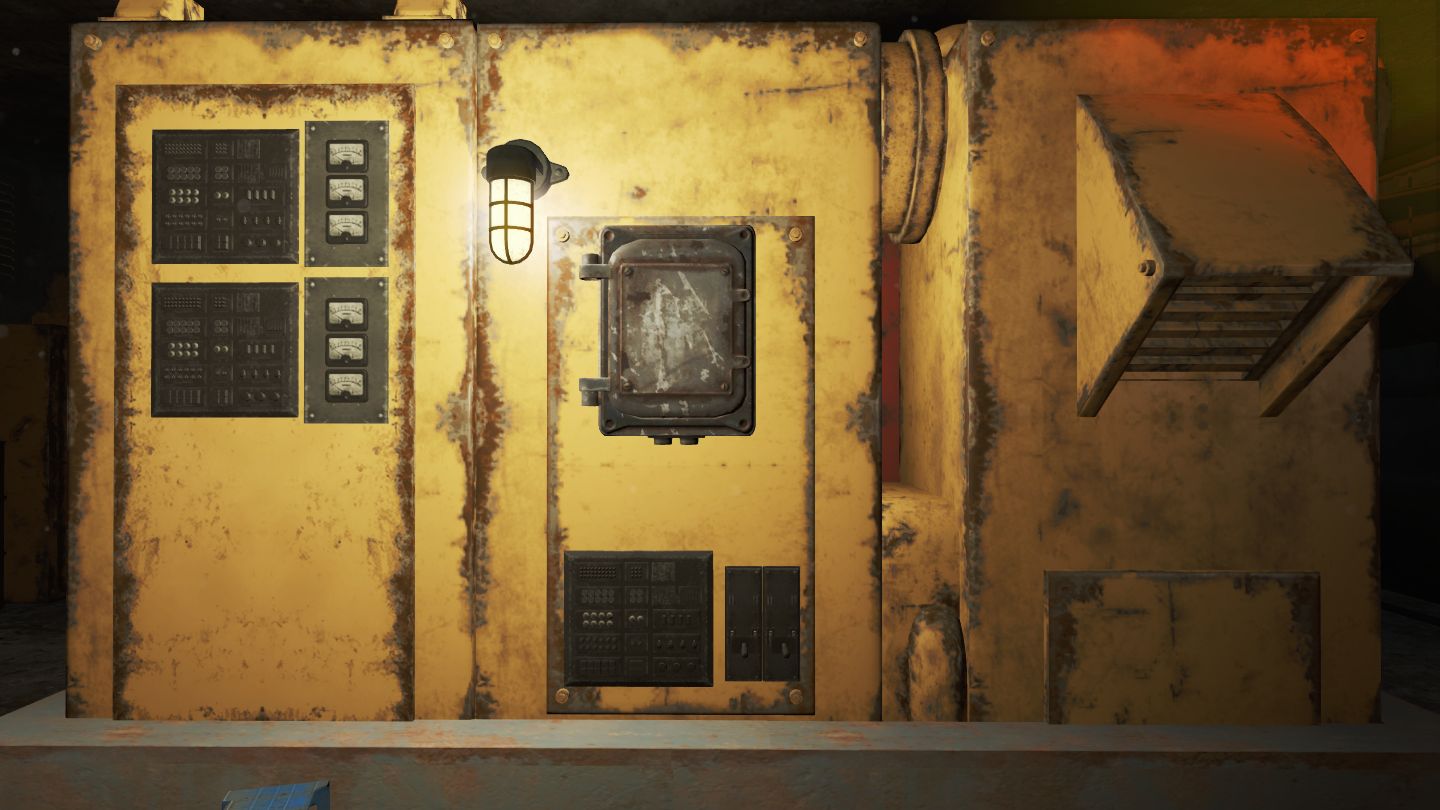 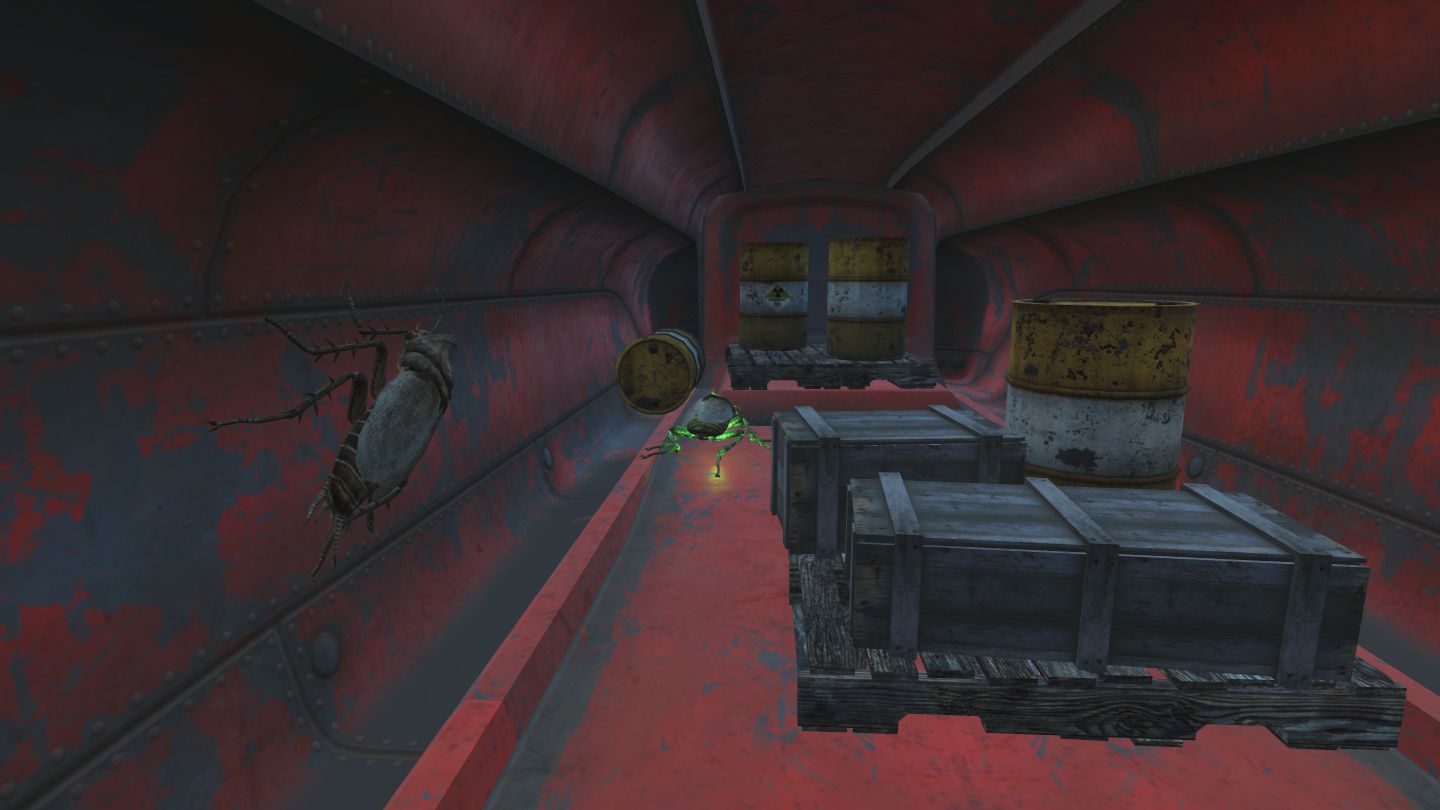 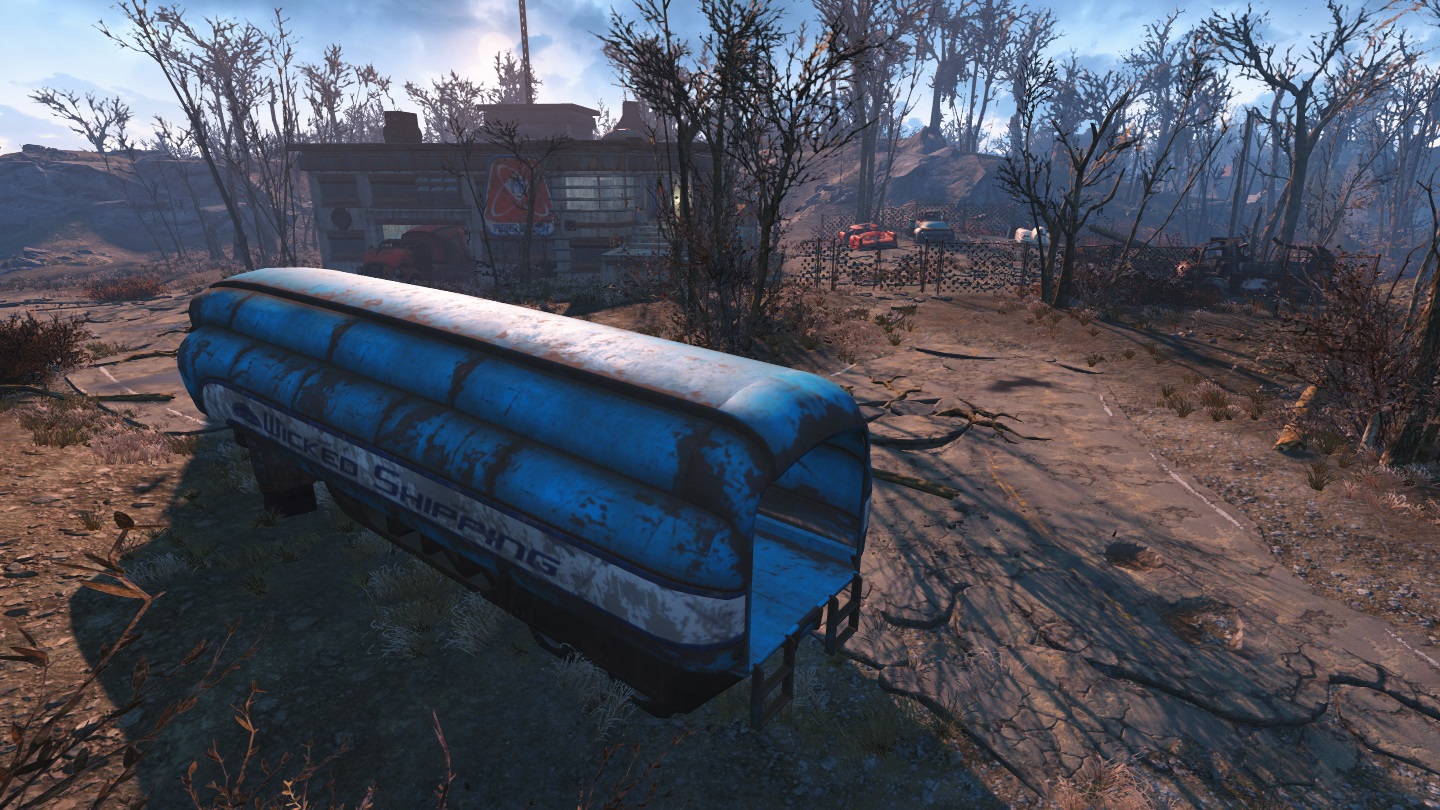 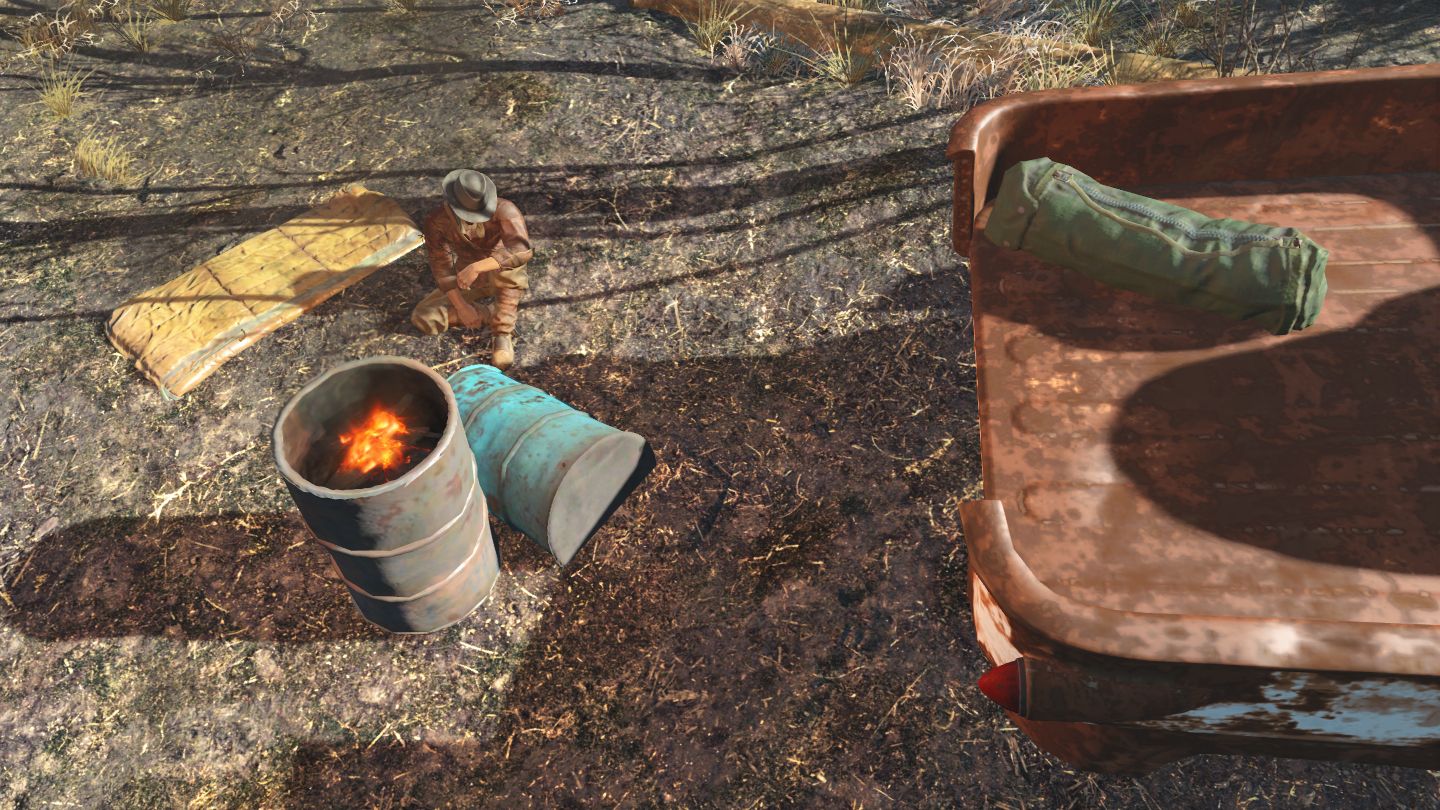 Drugs trader sitting at a fire 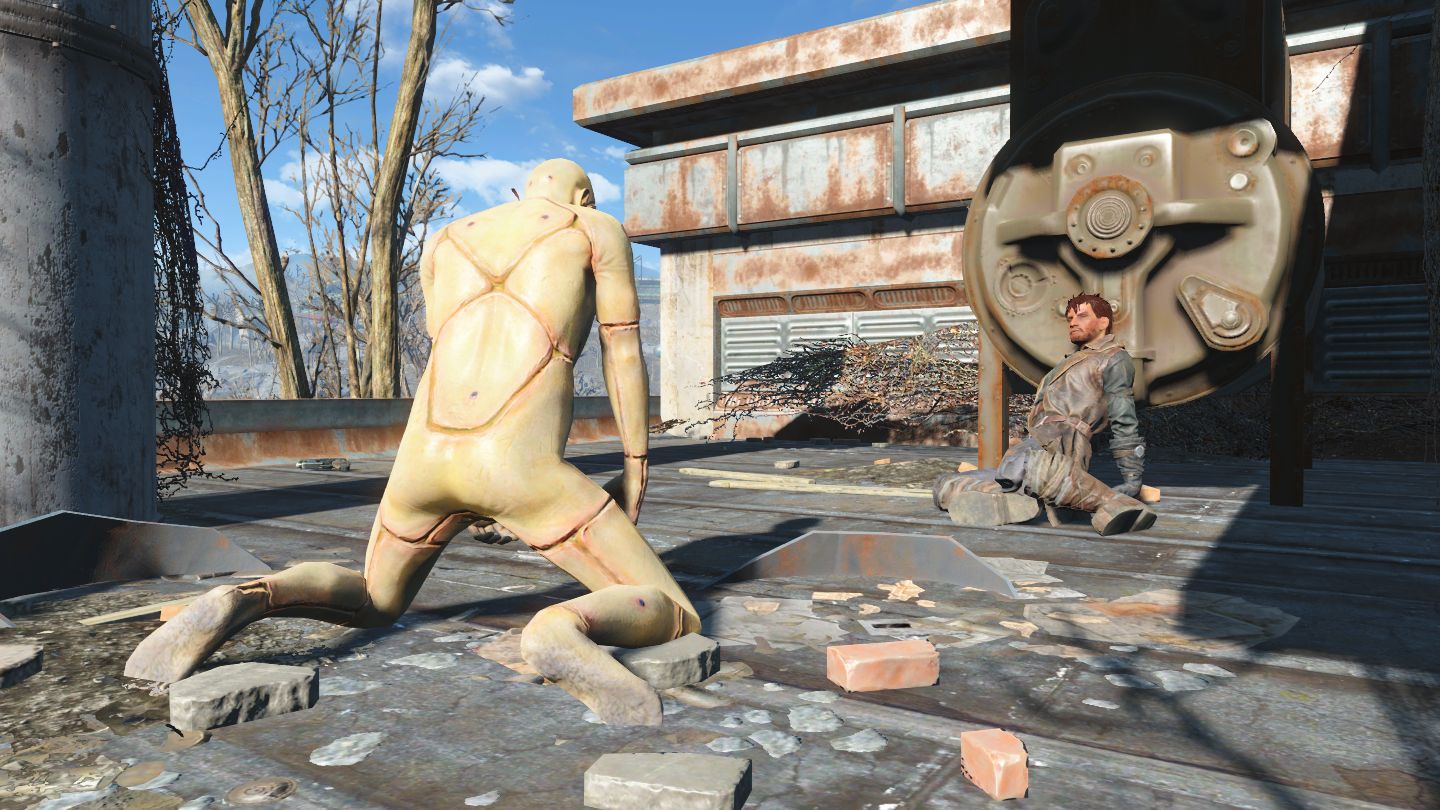