The Fairline Hill Estates is a location in the Commonwealth in 2287.

Following the Great War, Fairline Hill Estates has changed hands between various raider and scavenger groups. In 2287, its occupants are a couple yao guai and several feral ghouls.[1][2]

All residents of the area have disappeared by the time the Sole Survivor arrives. They left behind a small amount of evidence of their existence, including some of their belongings. Several rotting brahmin corpses lie in the playground being eaten by yao guai, and workstations remain inside the houses undisturbed.

一所房子中曾有人设置了防御陷阱，不过自己却死在了二楼的物资上。and a few feral ghouls are locked in one of the bedrooms.

Fairline Hill Estates consists of six houses arranged around a central playground. Multiple yao guai will be around the estates.

Most of the homes in the estate are abandoned, containing minor random loot. One home has a floor safe underneath the upstairs bed. Another has one on the ground floor, under a table in a room with a washer and dryer. The only sign of habitation is in the northwest home, which is barred from the inside but can be accessed by climbing onto the truck parked next to the house and jumping through a window. The interior of the home contains a leveled rifle trap aimed at the front door and a skeleton clutching a pipe pistol in the bedroom upstairs, slumped on an explosives box across from a chained-up room containing a few feral ghouls.

The Fairline Hill Estates only appears in Fallout 4. 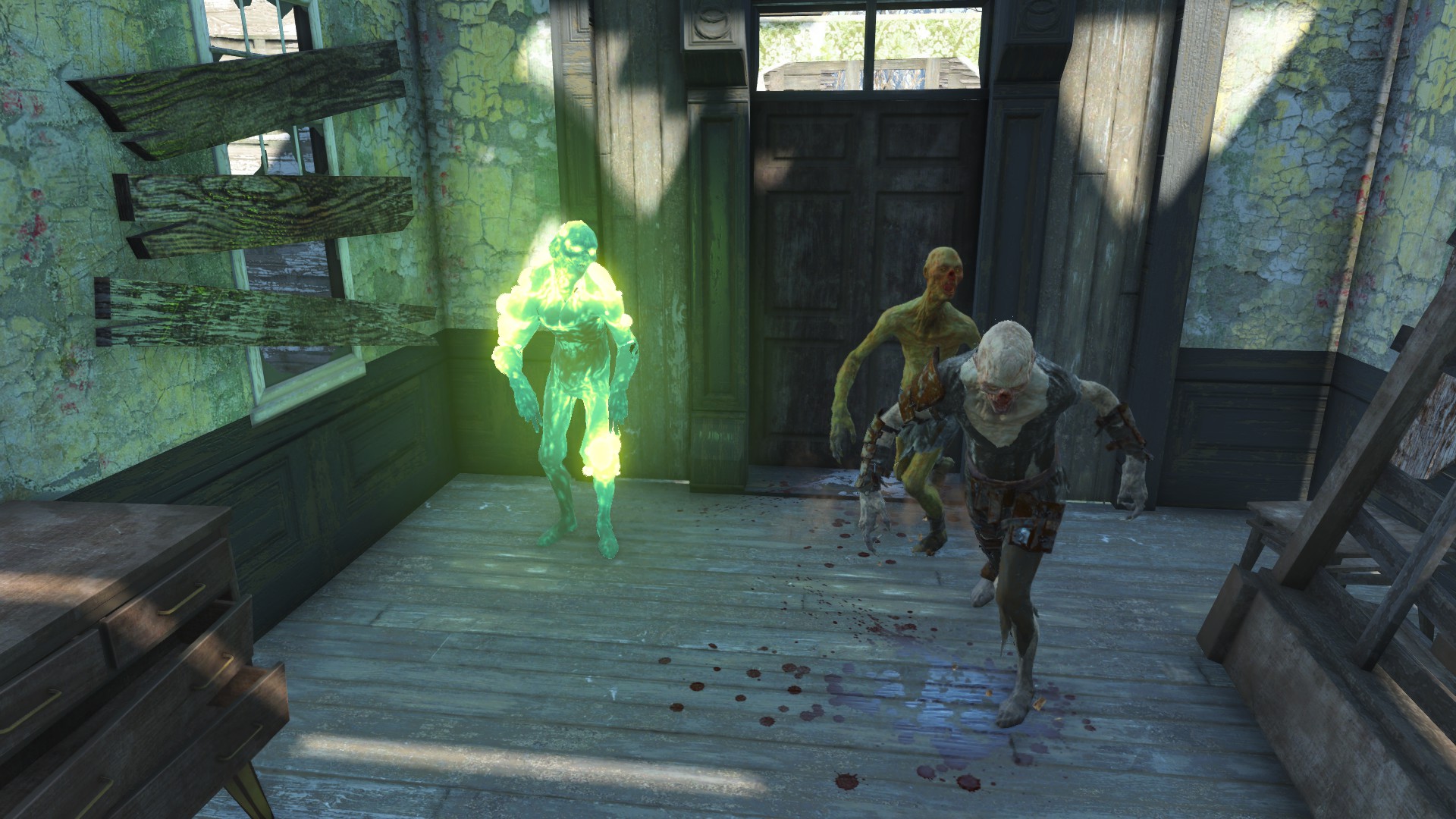 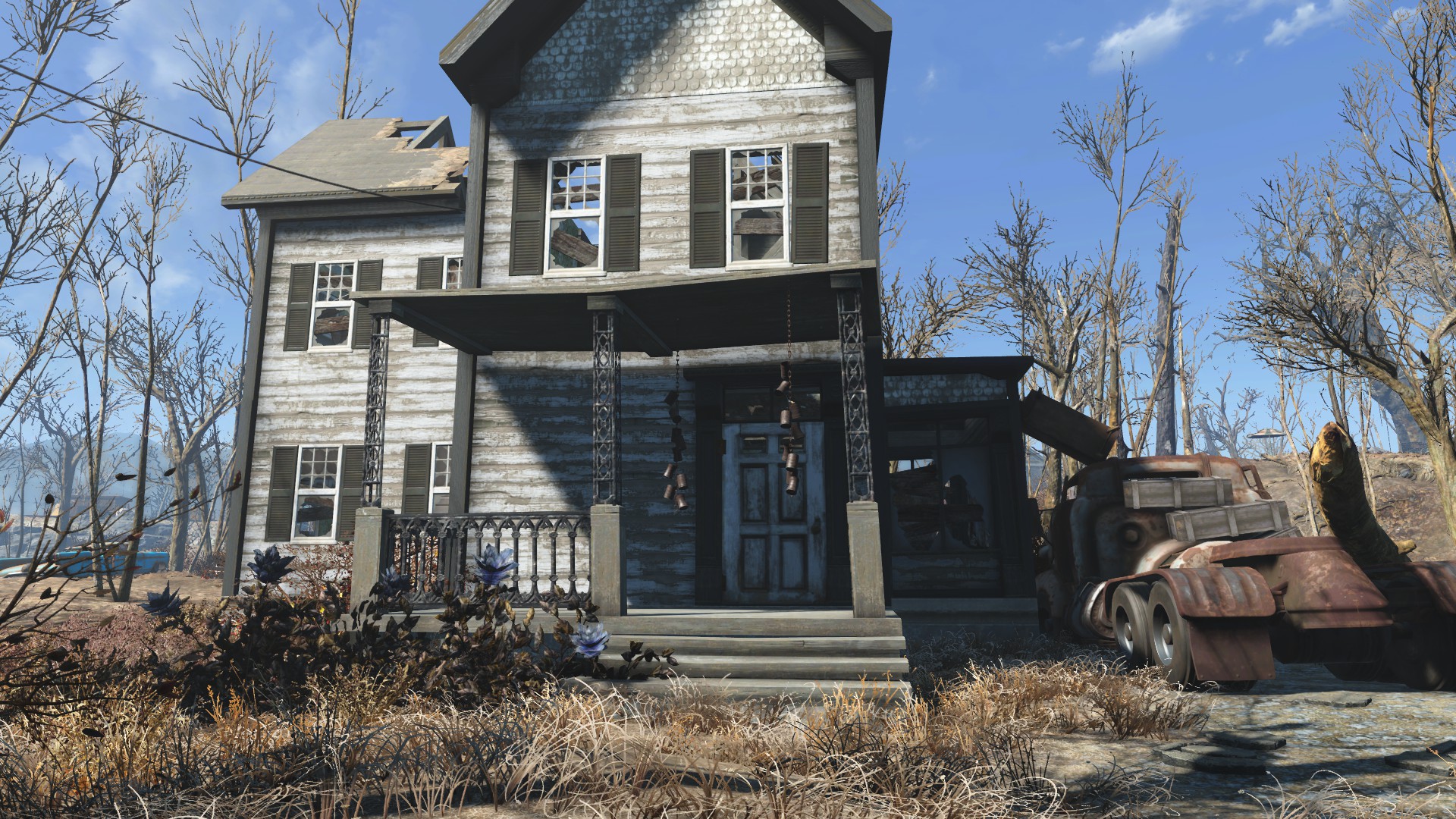 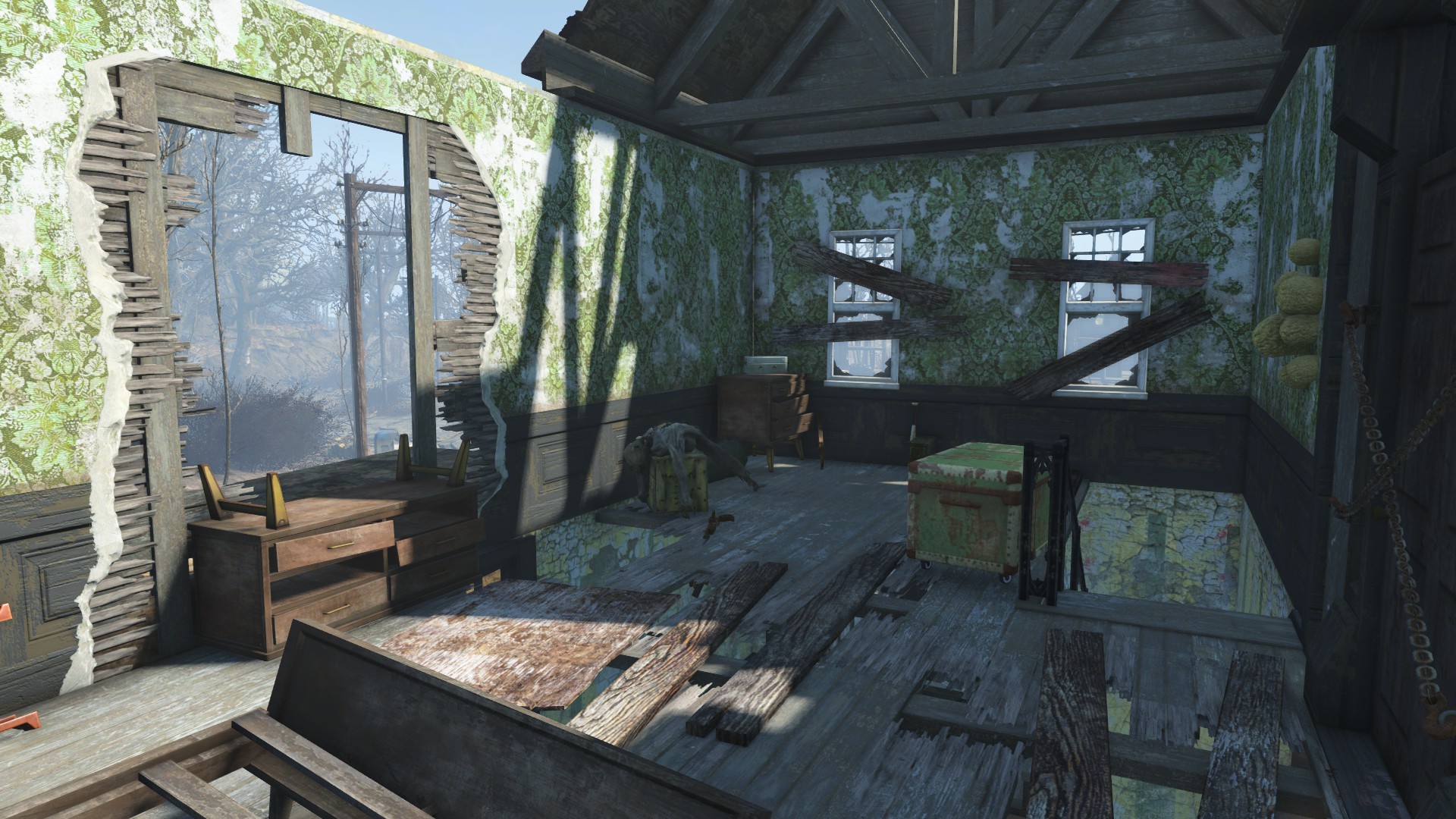