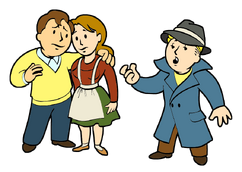 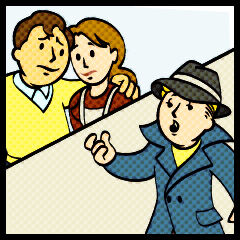 Either way, once at the Nakano residence meet with Kenji and his wife, Rei. They inform the player character that their daughter, Kasumi, has gone missing, and want the Sole Survivor to help find her. Progressive questioning, besides some Charisma checks, leads the player character to the boathouse, where a holotape, locked in an Expert safe, with the key hidden inside a picture frame on a desk. The holotape within the safe reveals that Kasumi made contact with a colony of synths near a northern location called Far Harbor, and their presence made her question her own humanity, causing her to runaway in order to discover the truth.

The Miscellaneous missions given after listening to Kasumi's final holotape and talking to Kenji lead to the following quests for the main three factions: