The ATLAS Observatory is a location in the Savage Divide region of Appalachia in 2103.[1]

While appearing to simply be an astronomical research laboratory, ATLAS was, in actuality, a military project on weather modification. The ATLAS Program, or Atmospheric Terraforming Laser Accelerator System, had limited success in its early months, mostly due to the apparent incompetence of Major Kirk Bentley. On January 24, 2076, Bentley was replaced by Lt. Col. James Oberlin, with the project set to have its funding cut unless scaleable results were able to be produced by April.[2]

Under Oberlin's oversight, the project made progress at a rapid pace. By March 12, the prototype had succeeded in initiating light rainfall across a significant localized area. Funding for the ATLAS Program was extended under the condition that Dr. Hammond, the facility's chief research scientist, invested more research into higher-energy weather conditions.[3] By August 20, the doctor was able to produce a wide variety of weather conditions based on data his team delivered to the lab. The latest prototype was capable of producing near-whiteout blizzard conditions, uncharacteristic weather for mid-August.[4]

By August 2077, the project had been fully approved and funded for military use. Oberlin theorized that the system could diminish the threat of nuclear war by subtly sabotaging the enemy by manipulating the weather.[5] On October 16, the ATLAS program and facility was suddenly ordered to be shut down, despite the project's success and utility.[6] By October 22, Oberlin was instructed to falsify all of the facility's data to make it appear as a failure.[7]

In spite of the facility's cancellation and the ensuing Great War, Dr. Hammond continued to work on the project for another five months, replacing the main lens, completing particle analyzes, and stabilizing the accelerator while attempting to use security robots as assistants. ATLAS eventually neared completion, but the project's functionality after the Great War remains unknown.[8]

In mid-2103, Russell Dorsey established a campsite near the facility's entrance and, with the assistance of his utility protectrons, began constructing a framework around the structure. This included various elevated platforms, a medical tent, a landing pad, and deliberately sealing the observatory's interior.[9] By late 2103, he had garnered the assistance of the Vault 76 residents in helping him fortify and establishing the new headquarters for the Brotherhood First Expeditionary Force.[10]

The observatory caps the crest of the hill along Route 63 east of Monongah and is well marked on the map. There are three entrances to the building, though each has since been sealed. The exterior of the building was previously guarded by various robots and automated wall turrets, but has since been re-inhabited by Russell Dorsey and his utility protectrons. Various platforms now provide easy access to higher parts of the structure. Near the eastern entrance, an armor workbench, weapons workbench, and power armor station can be found alongside a stash box. A small medical tent lies above the southern entrance, and a small residential tent has been assembled to the south.

The interior of the facility has been sealed and is currently inaccessible. The building was a multi-level structure with border rooms encircling a vaulted central room that houses the telescope. It was seemingly filled with protectrons, Mister Gutsies, and a high-level assaultron. The building was full of loot and junk, including a Vault-Tec bobblehead in the main telescope room.

The ATLAS Observatory appears in Fallout 76 and is expanded upon in The Legendary Run update. 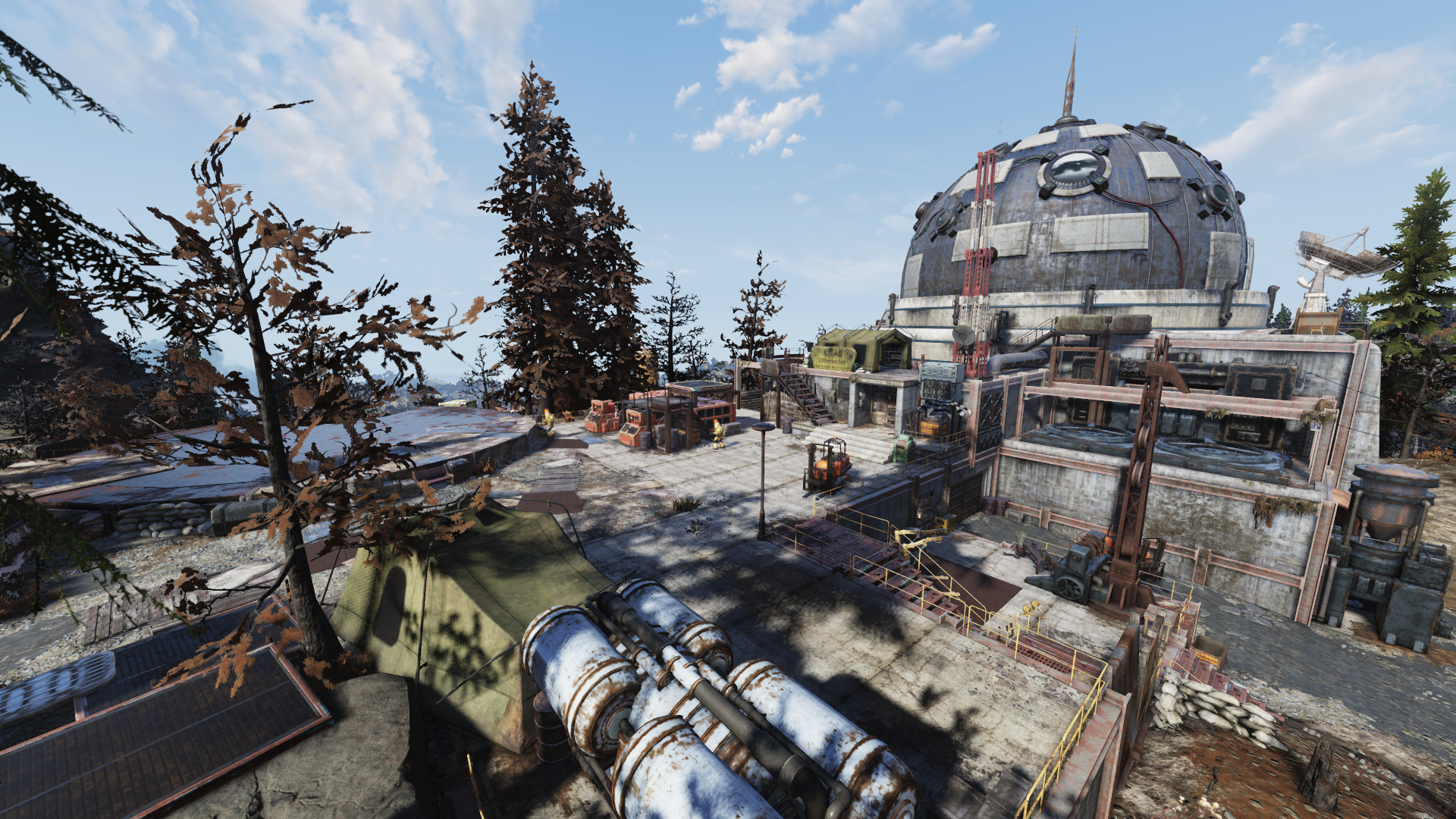 Exterior as of The Legendary Run 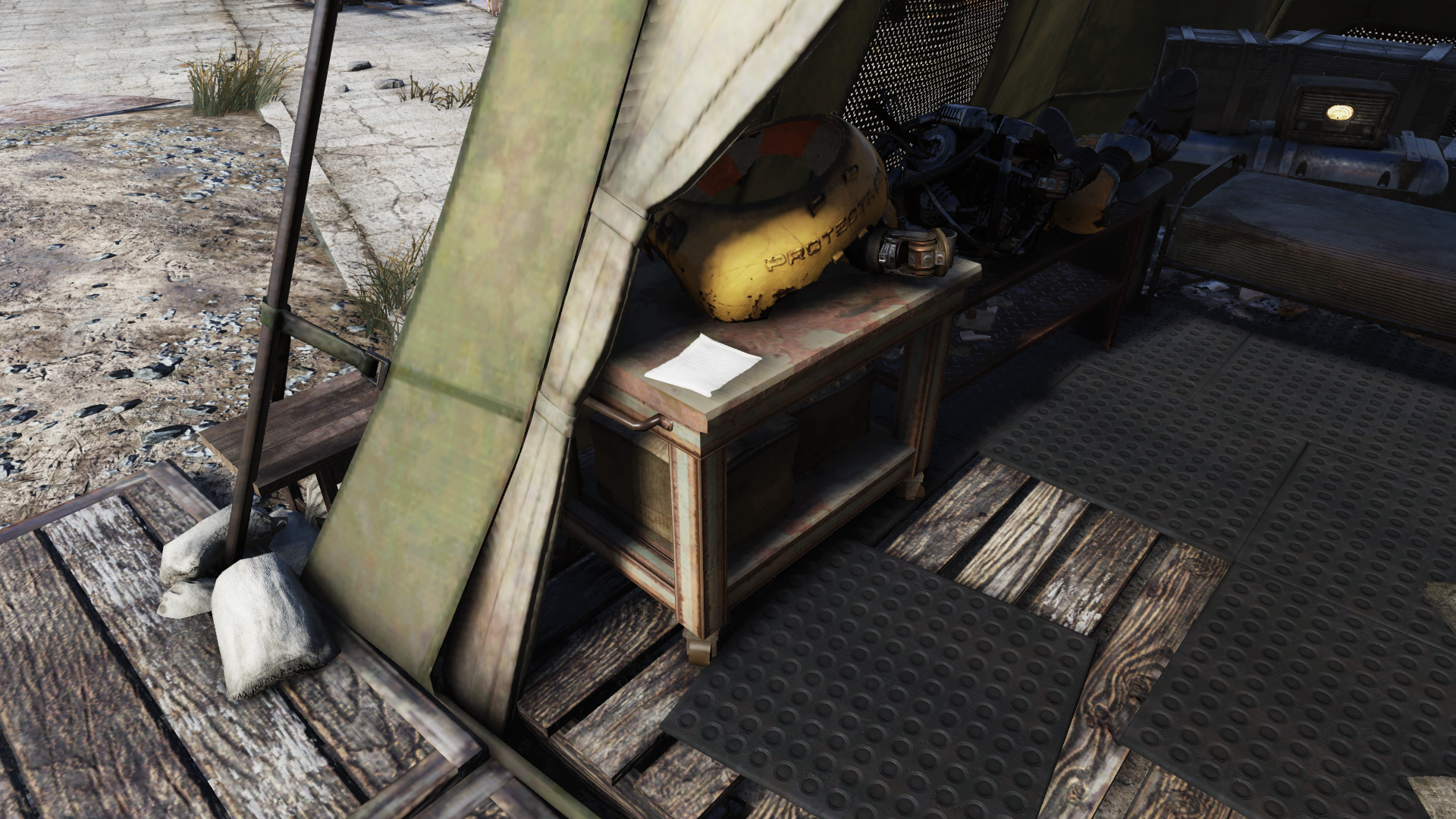 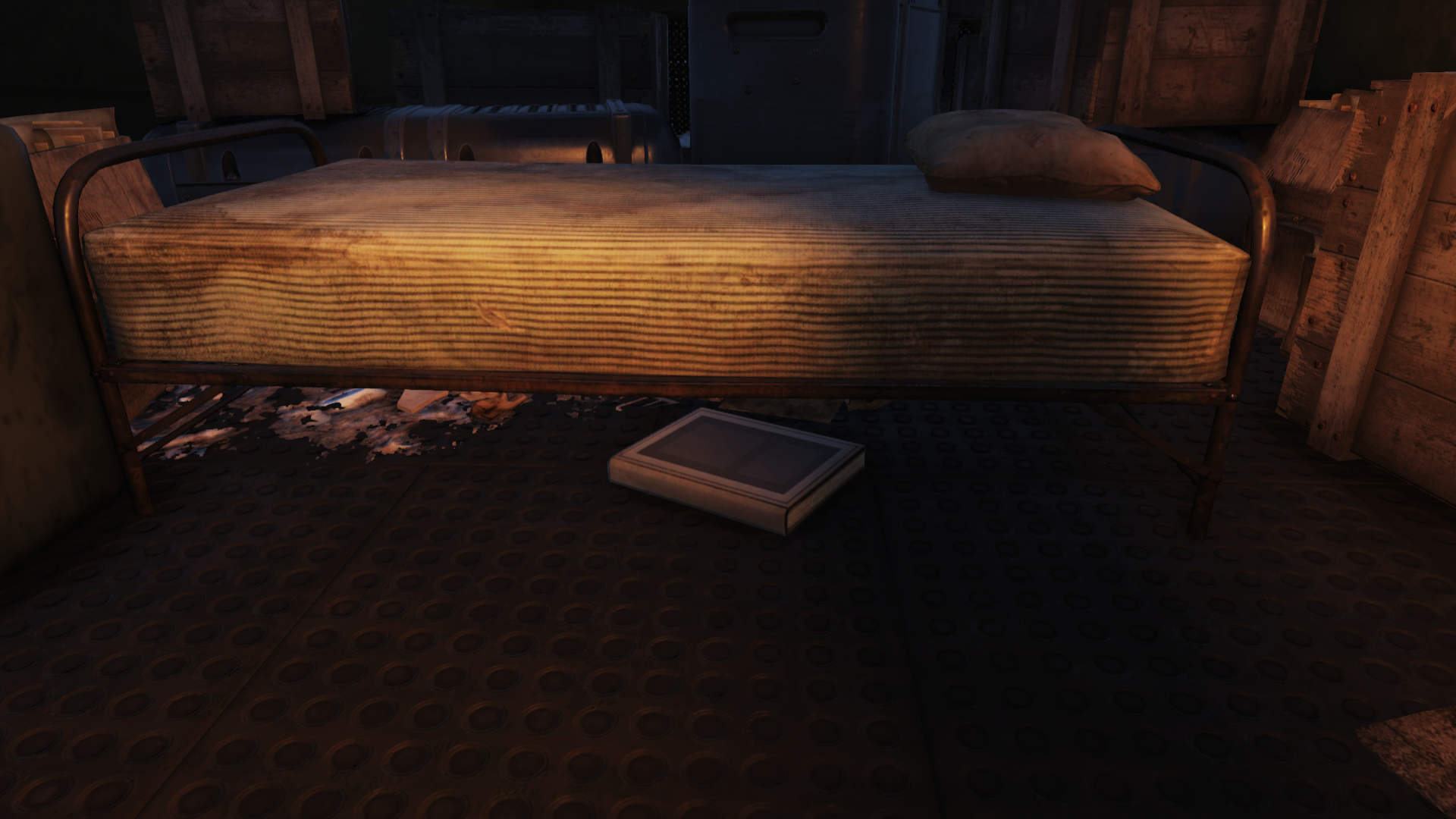 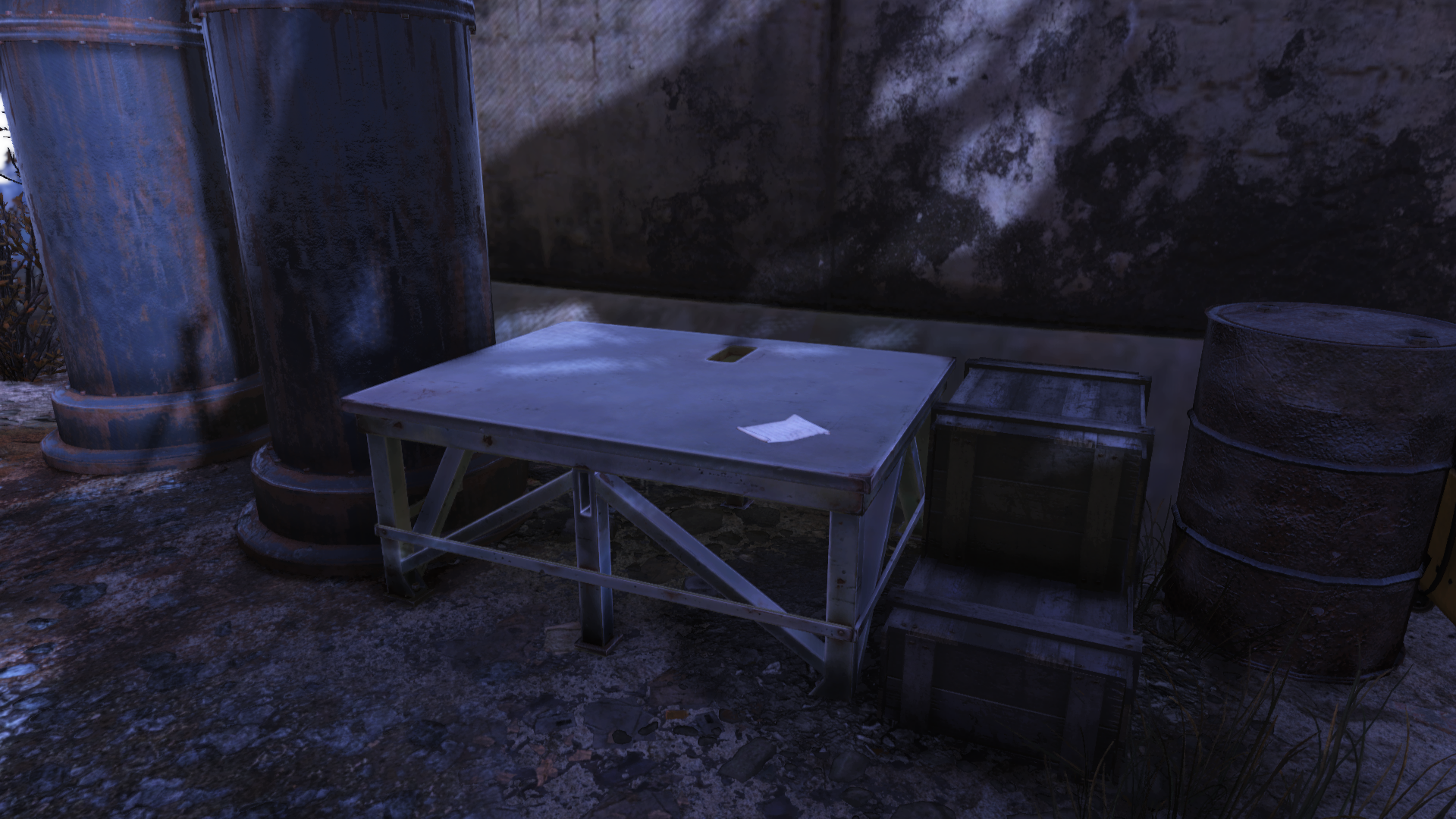 Note to self: Names 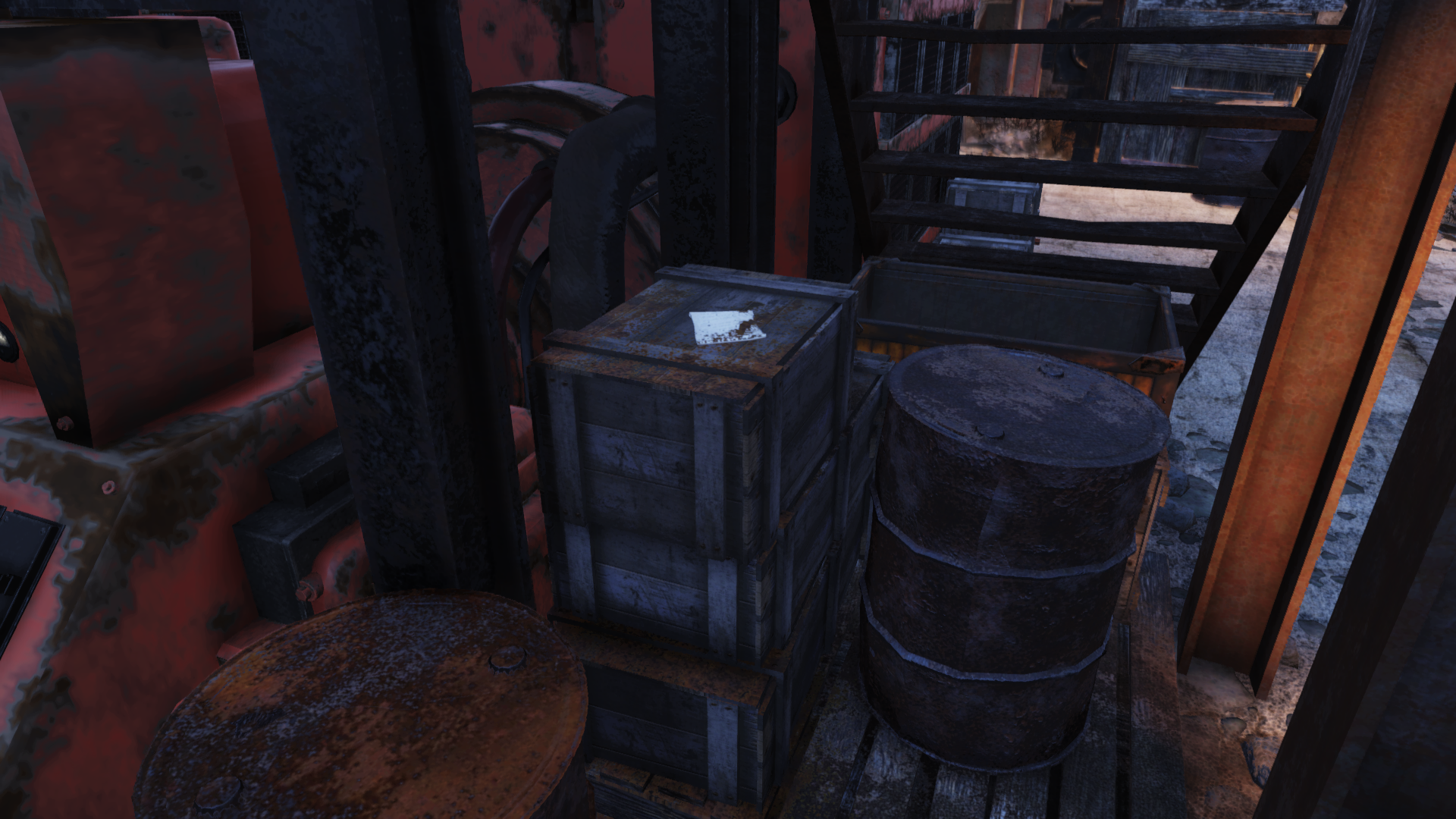 Note to self: Parts 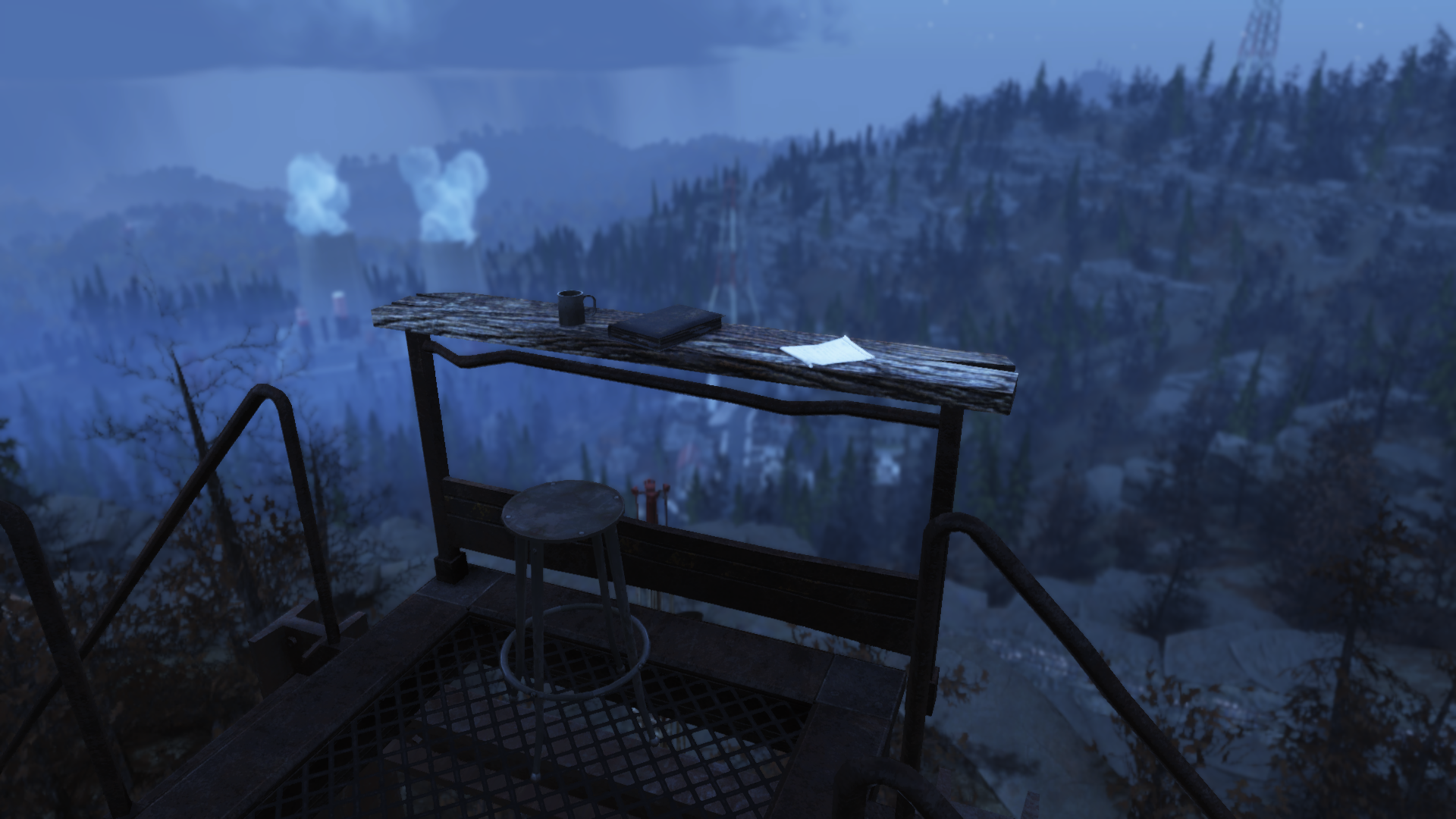 Note to self: Railings 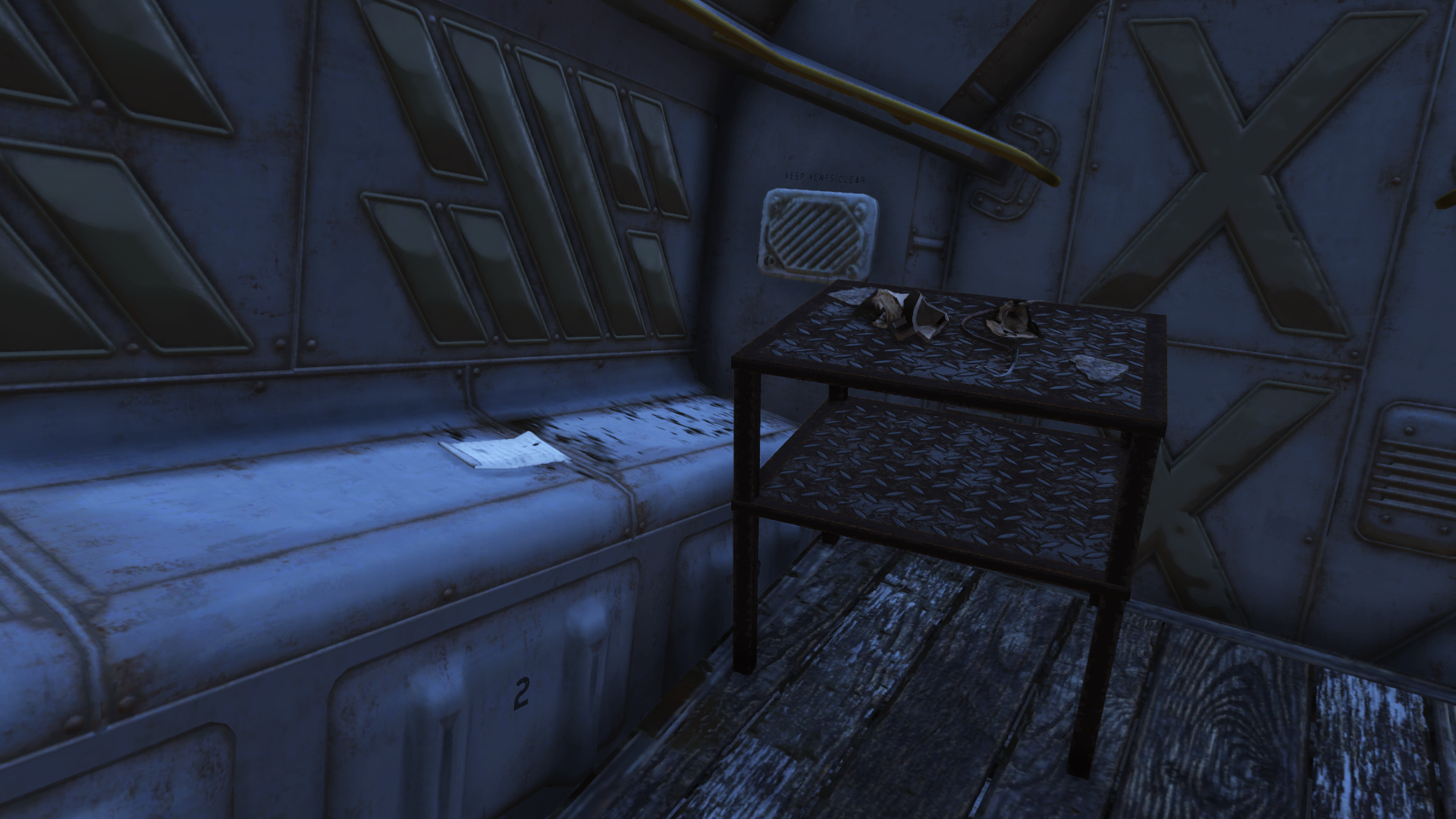 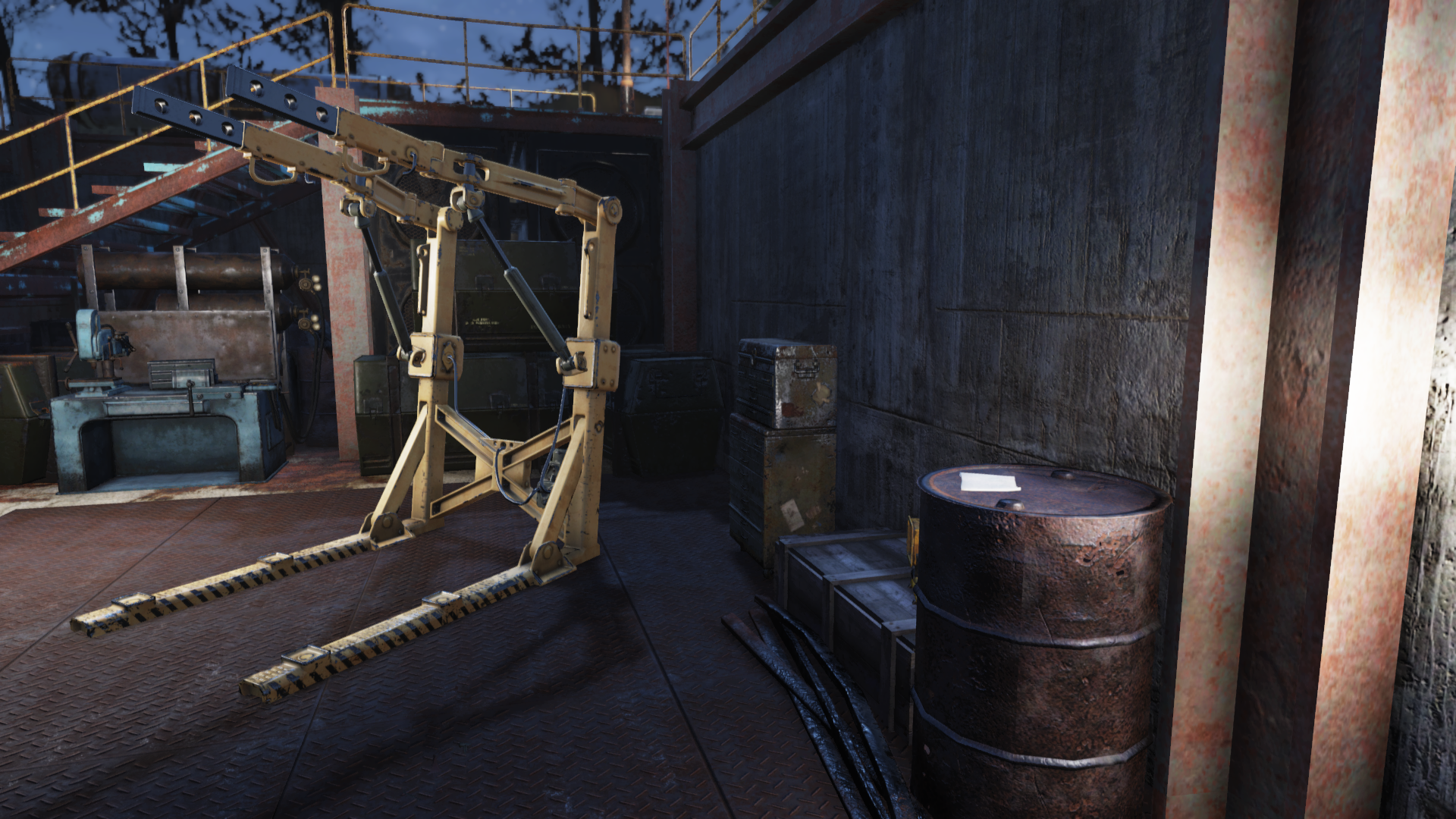 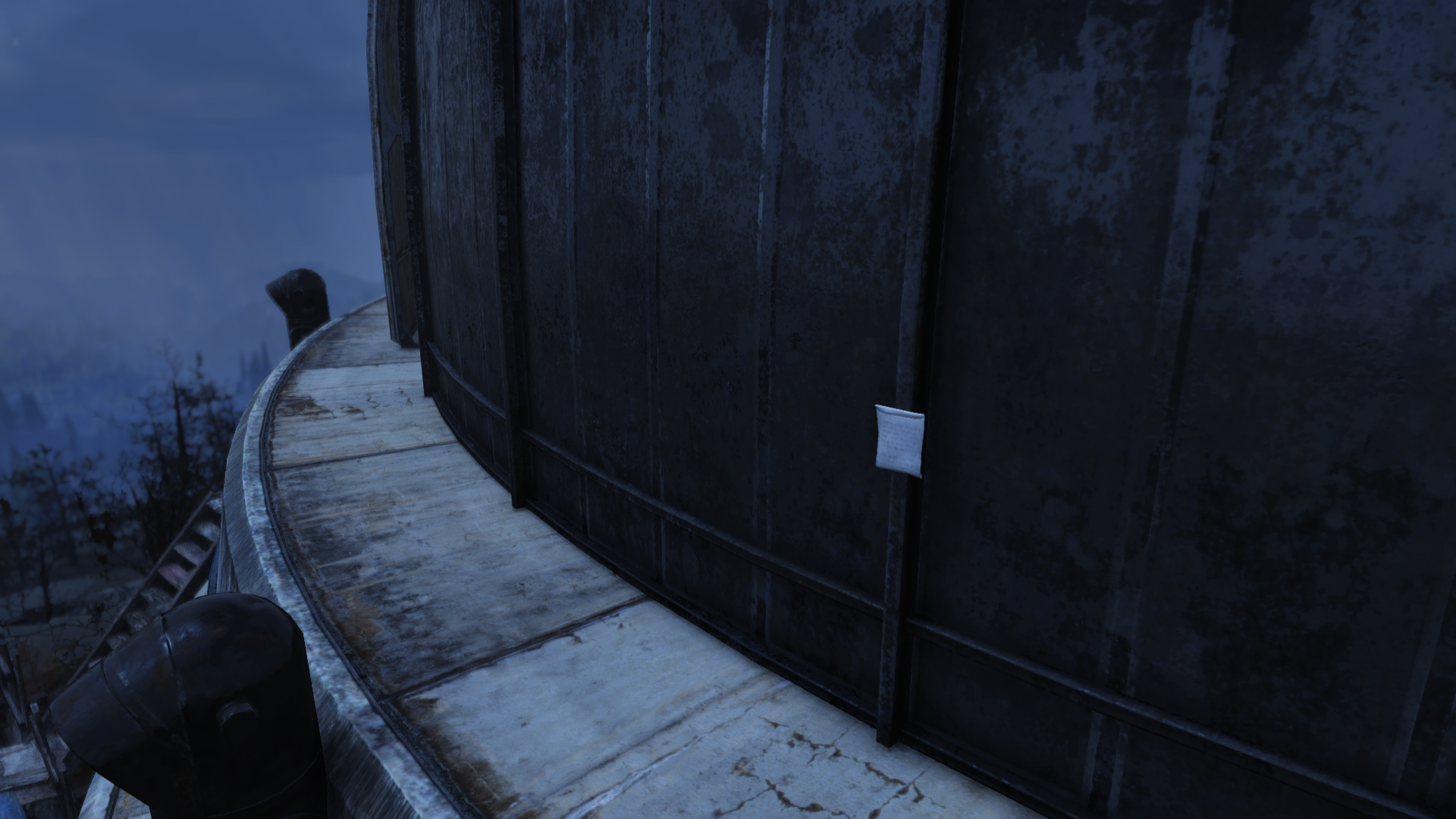 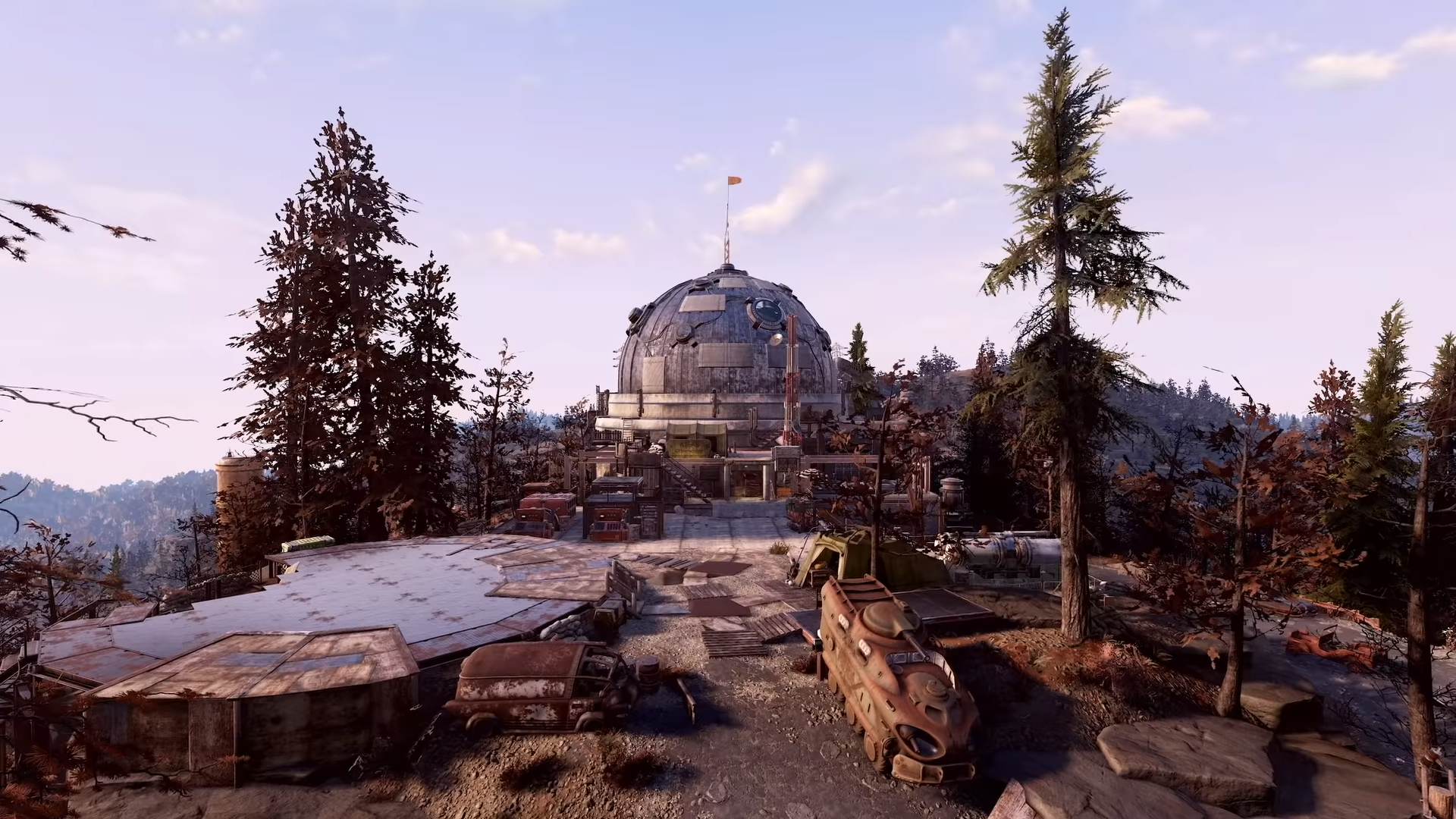 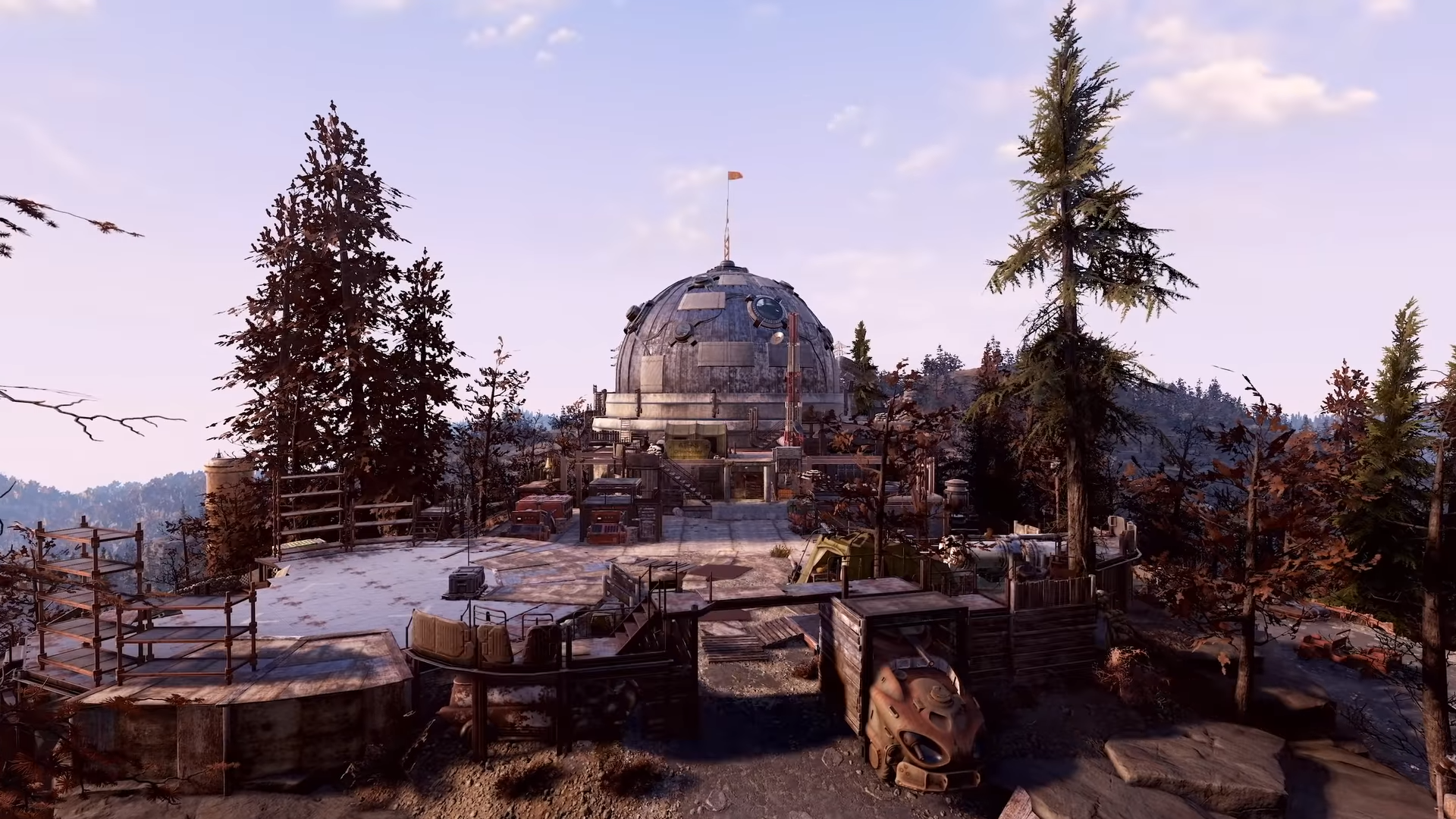 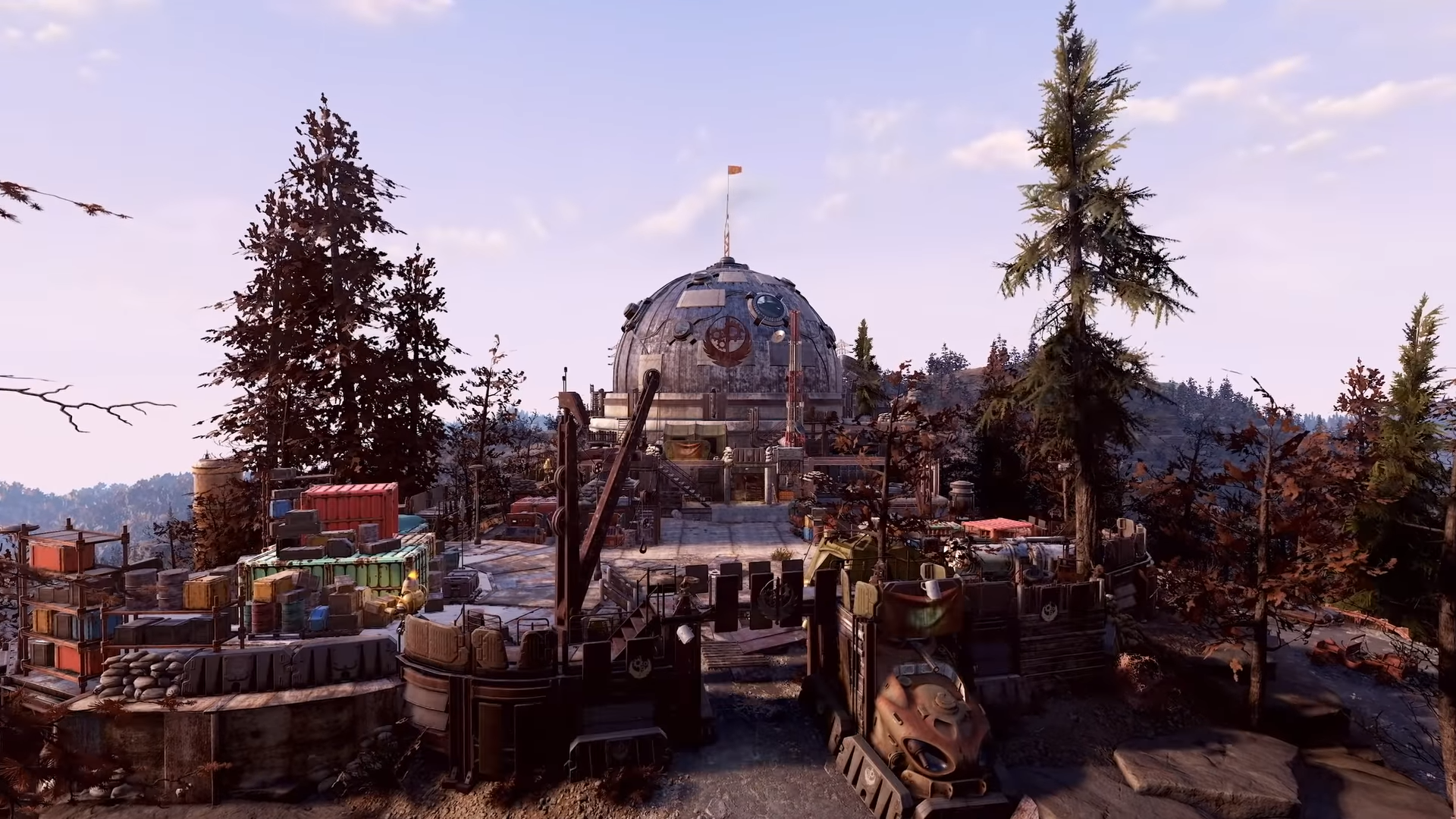 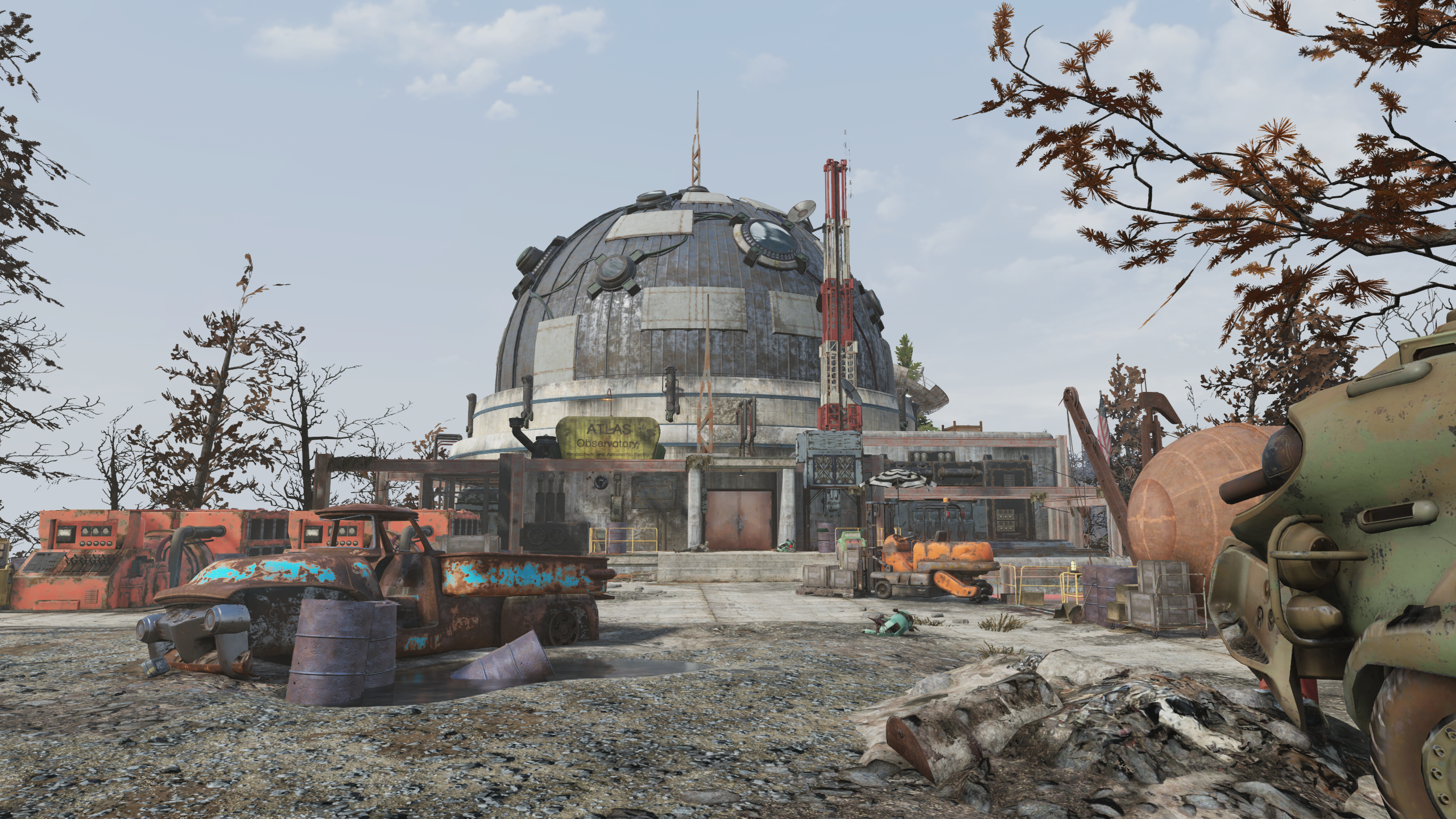 ATLAS prior to The Legendary Run 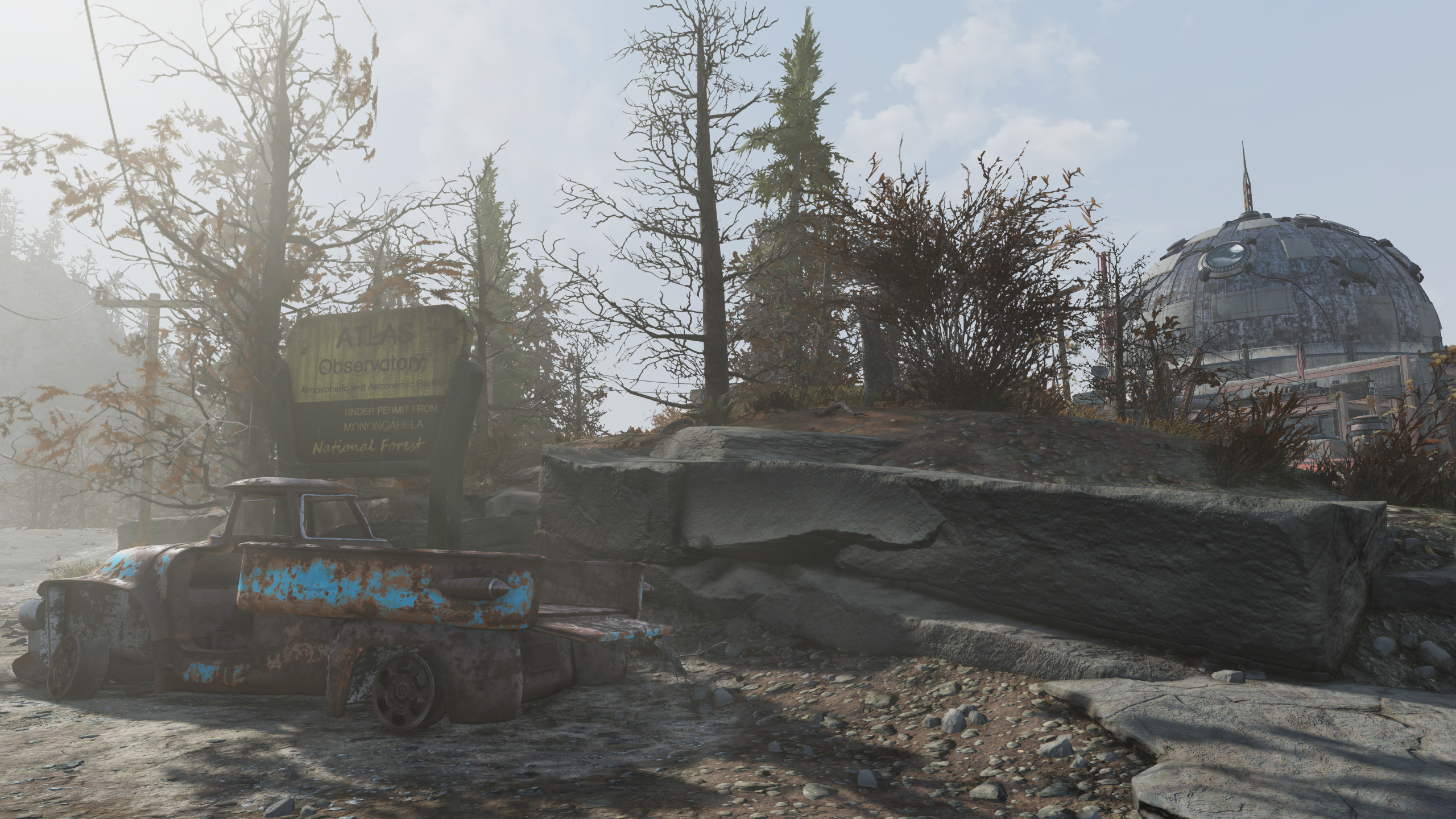 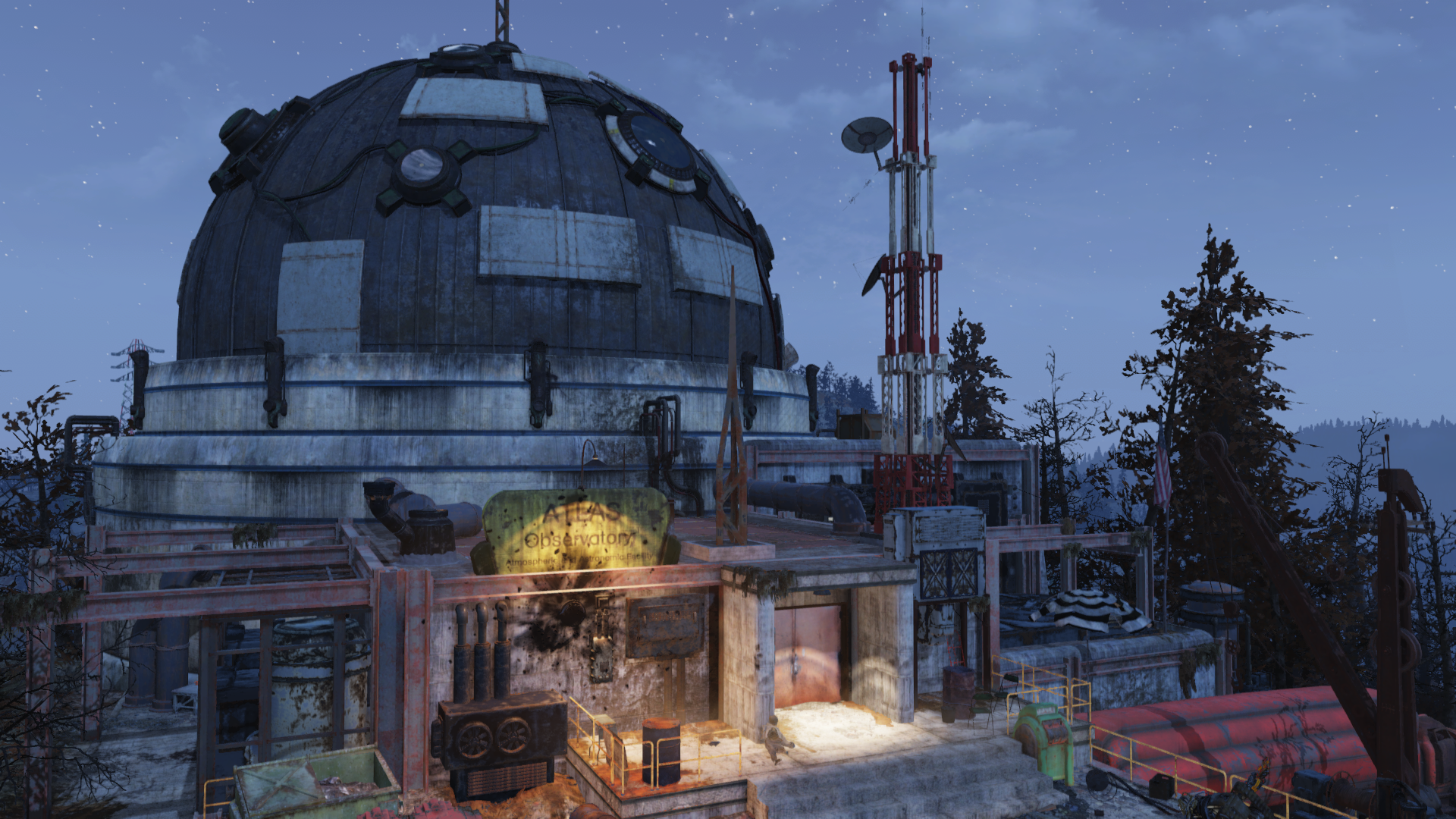 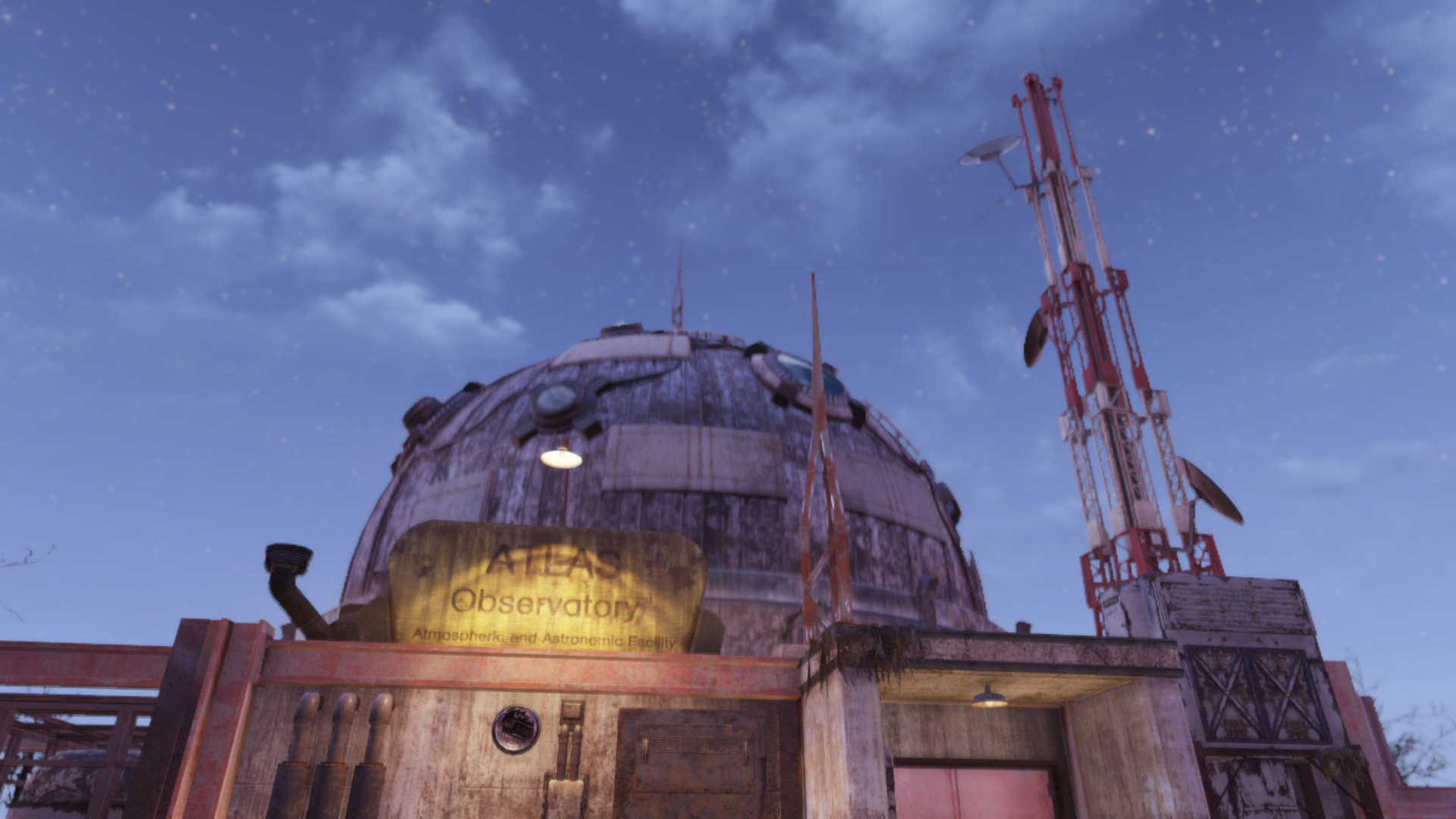 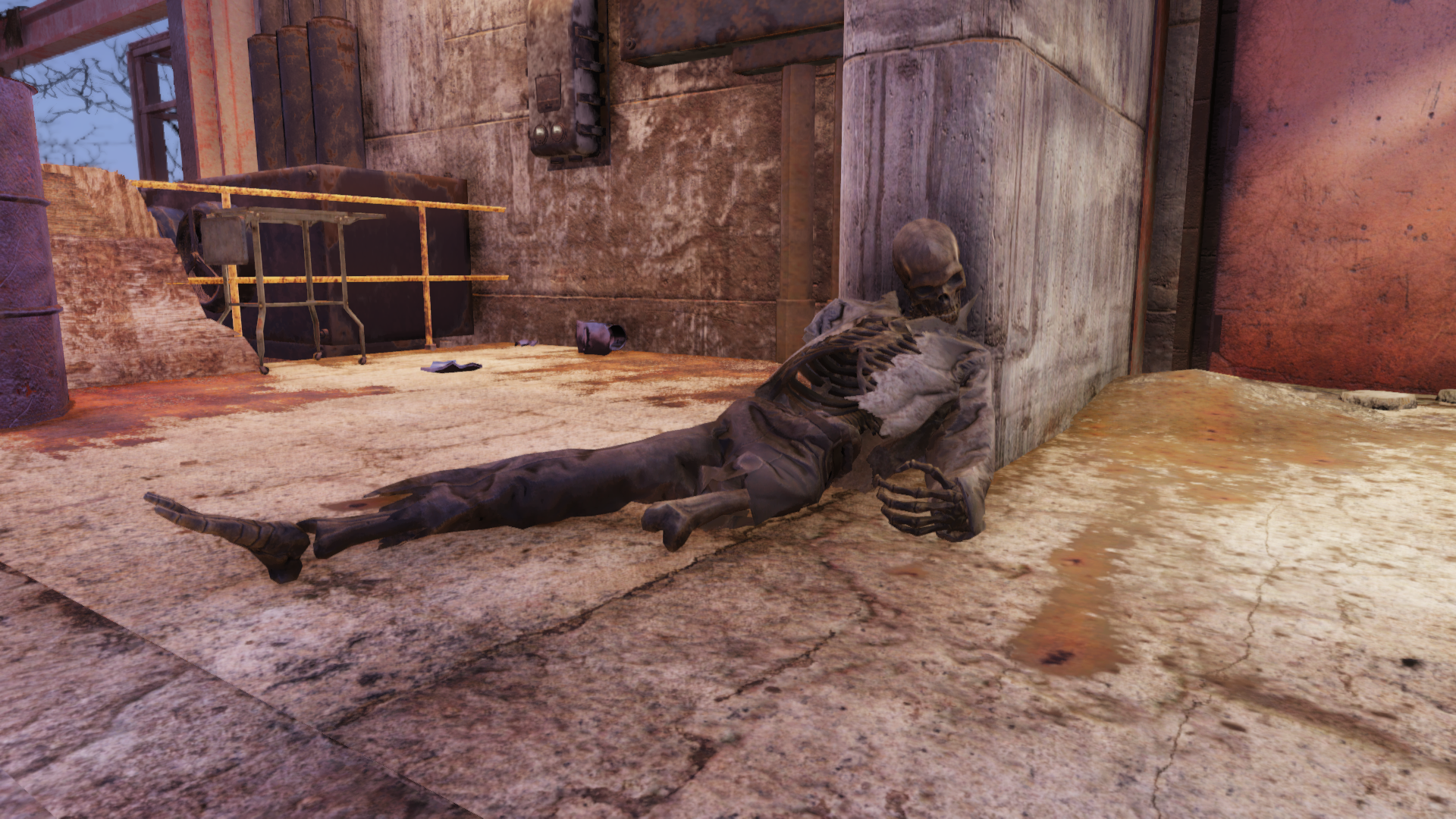 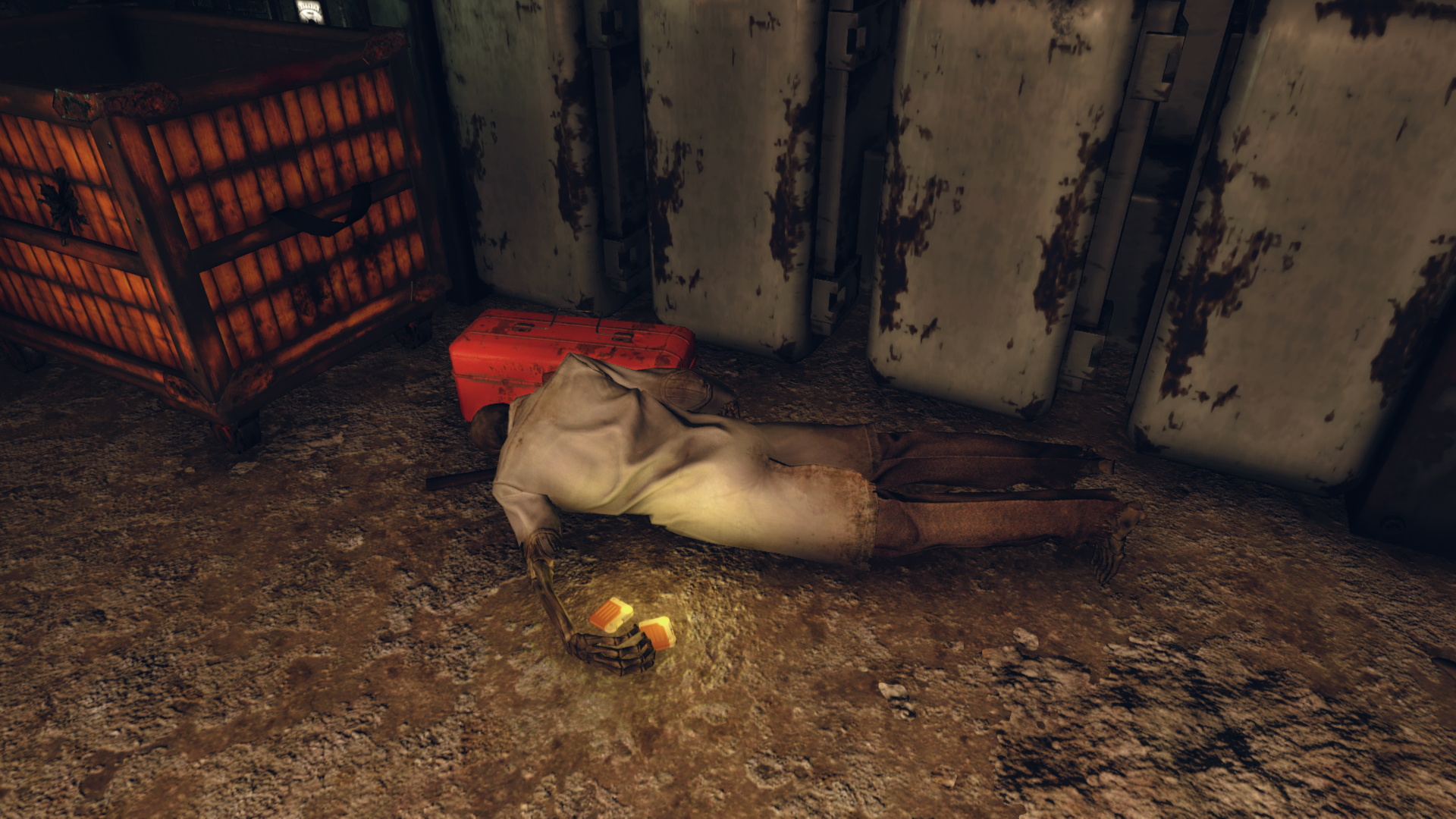 Skeleton inside the observatory 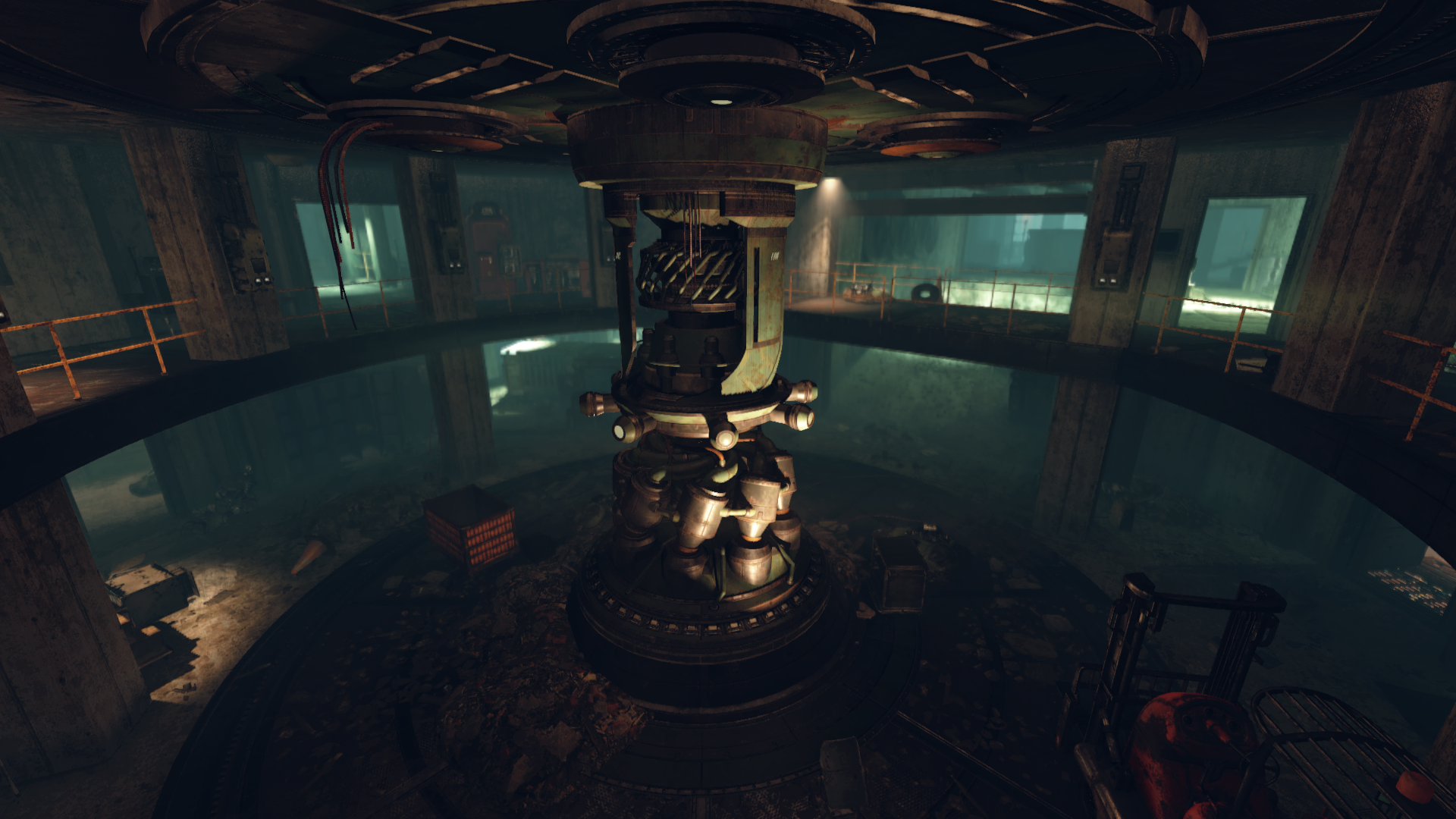 Base of the ATLAS scope 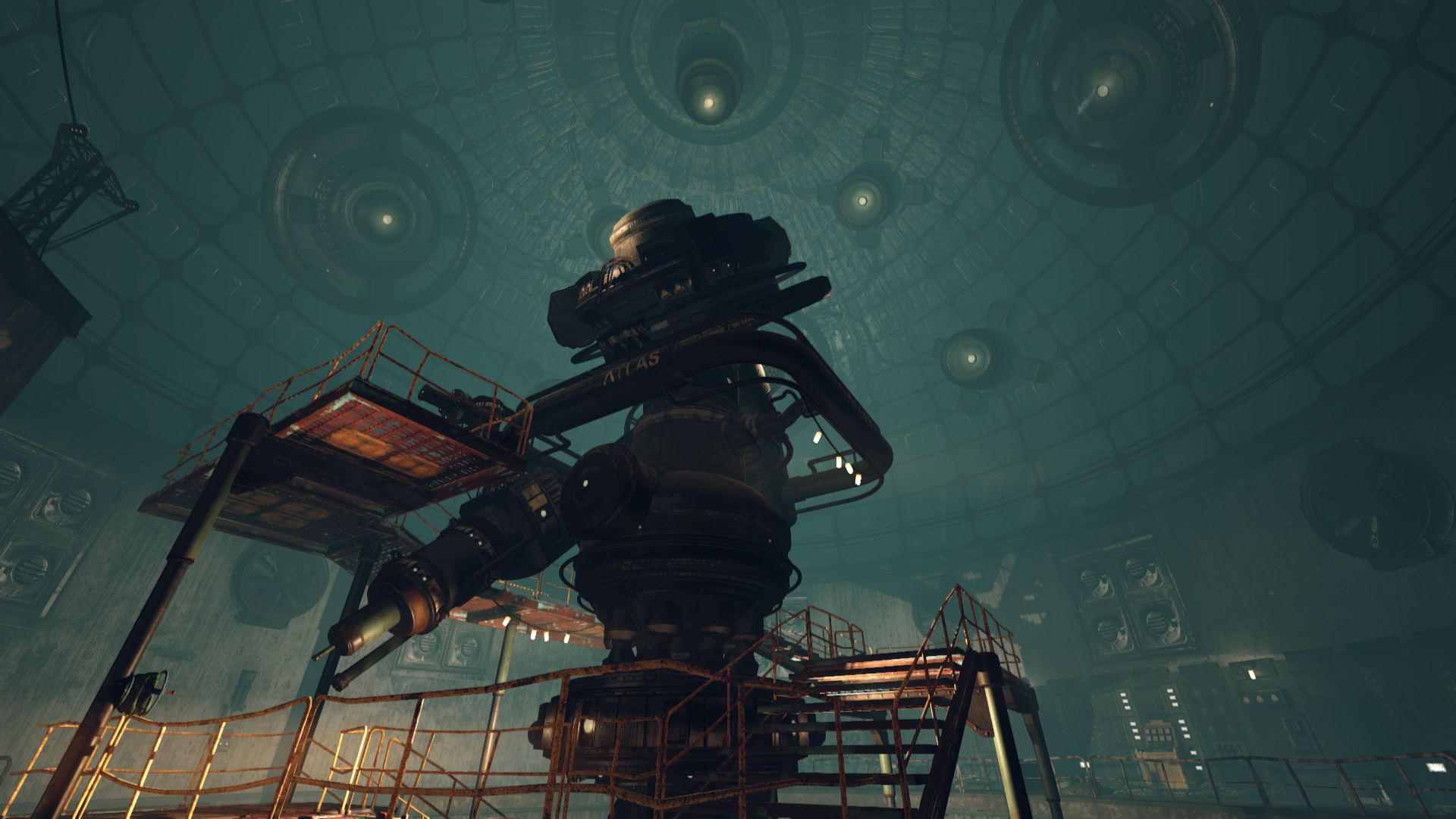 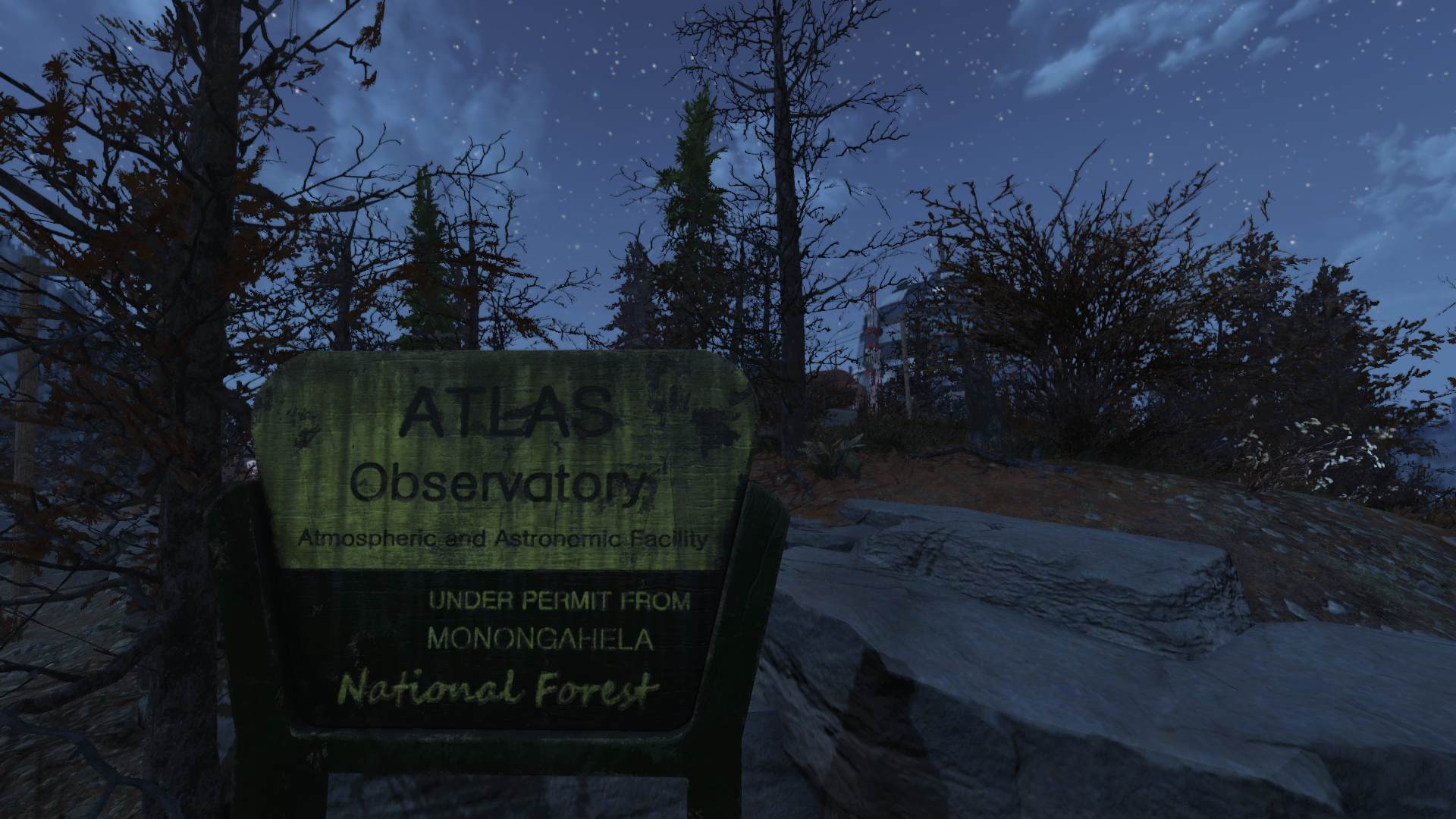 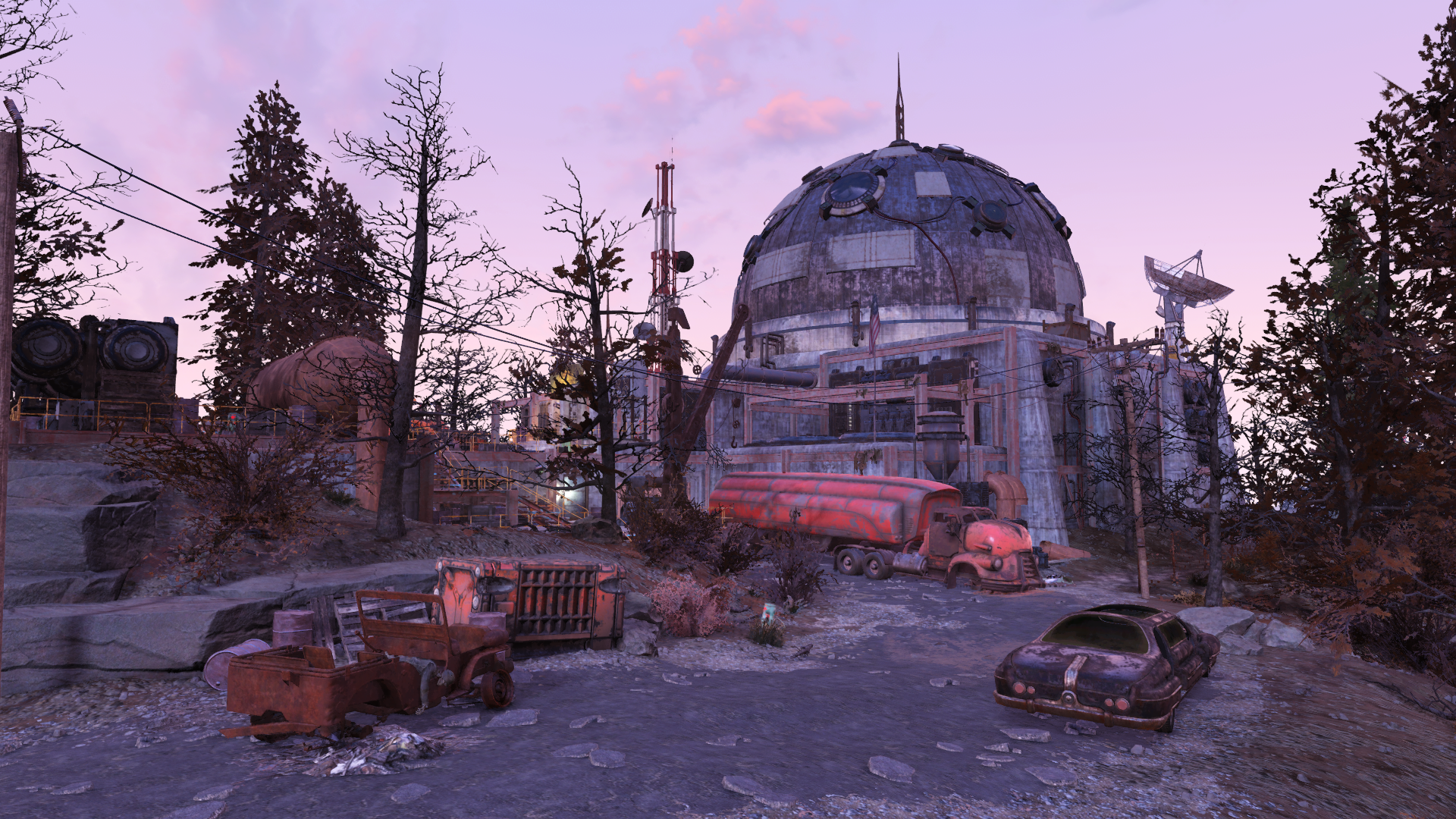 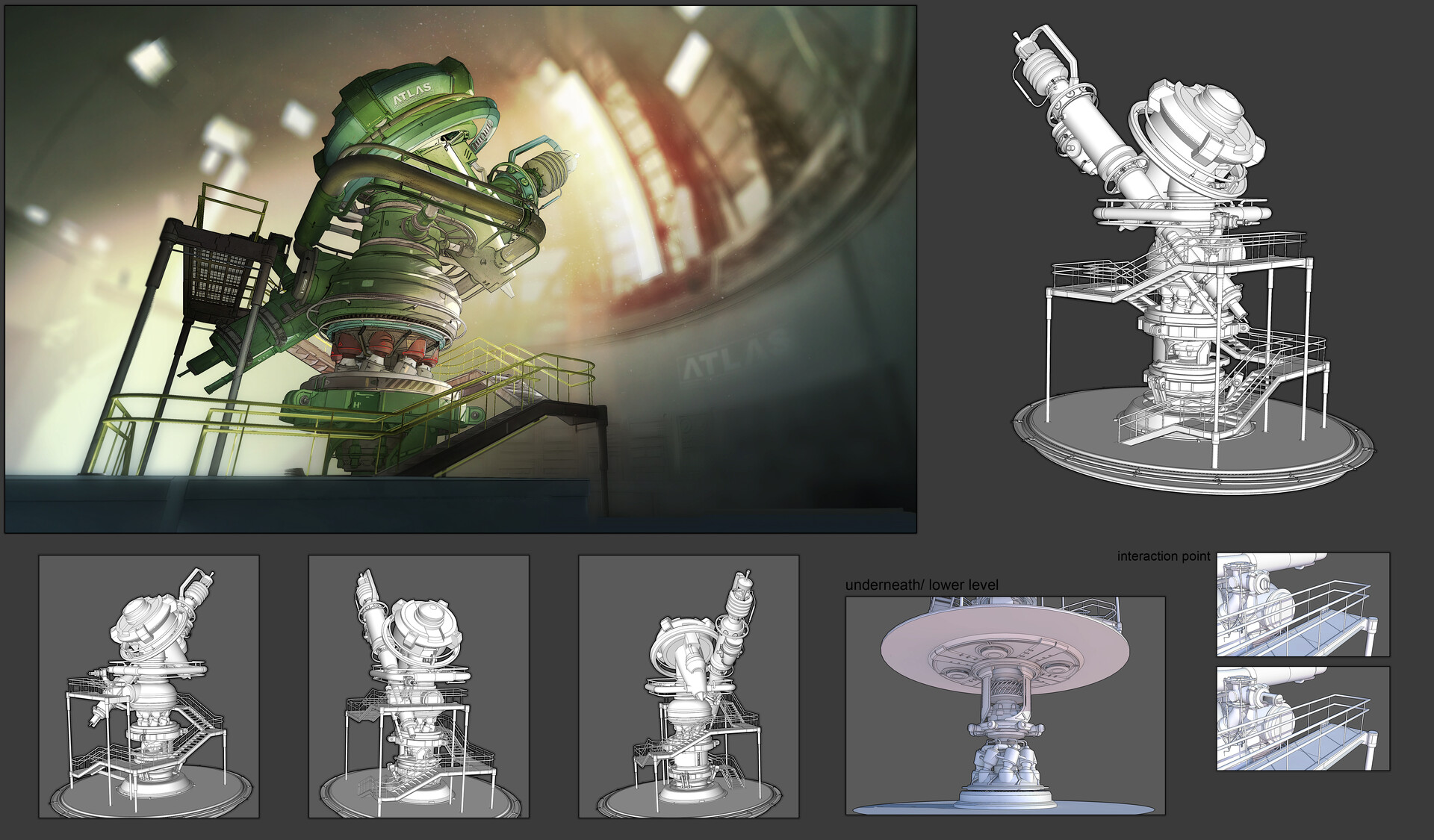 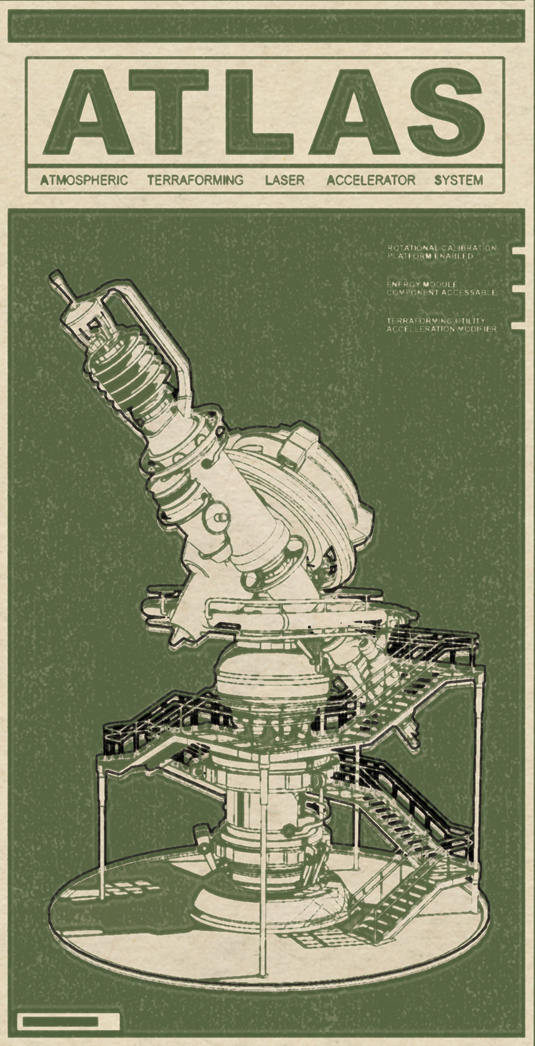