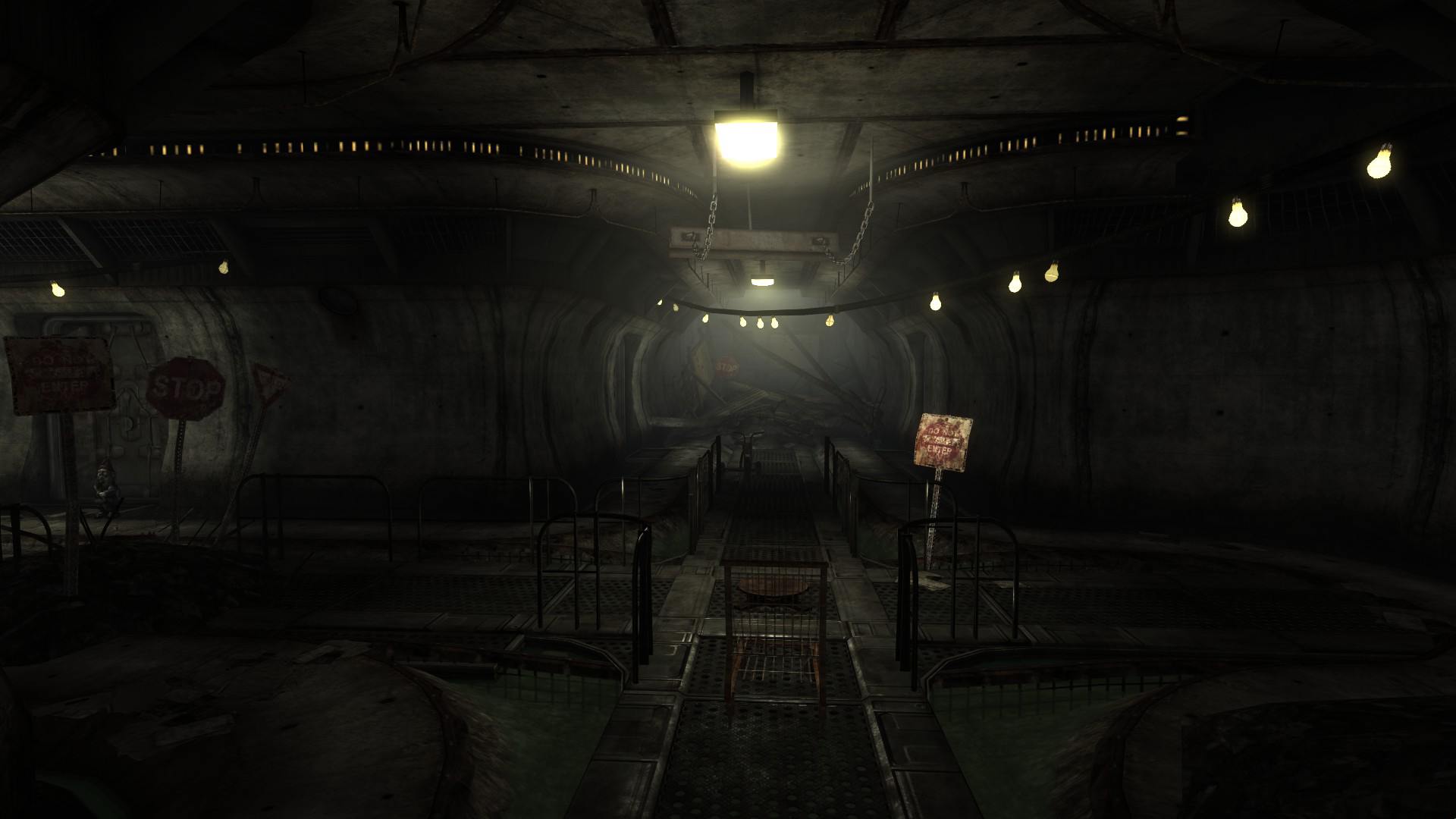 You have been warned... 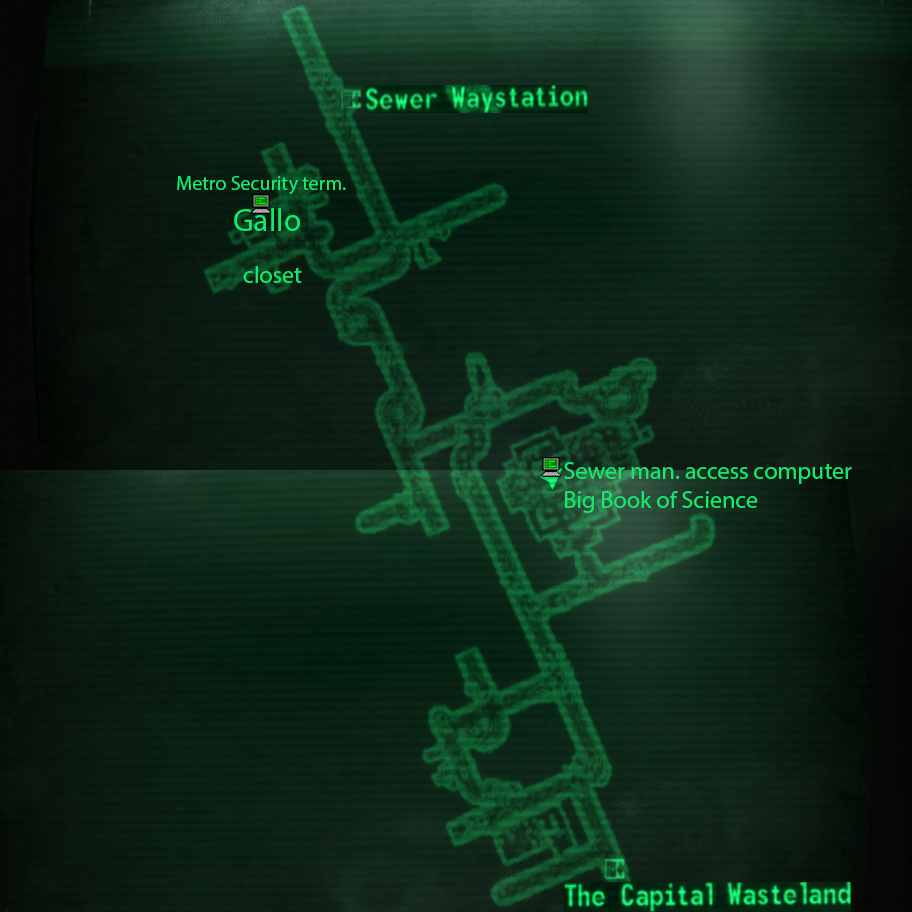 郡下水道主線 is a sewage tunnel which can be accessed from either inside the Sewer Waystation or a sewage grate along the Potomac, just north of a raider camp under the west point of the Arlington Memorial Bridge. It goes under Grayditch and Arlington Cemetery, but has no access point there.

It is the home of Gallo, as well a number of Feral Ghouls and Radroaches, and contains a large number of Workbench items.

Nearby the Waystation access point (the right path after entering via the Waystation) can be found a hostile Ghoul named Gallo, whose room is located past several traps in the northwest region of the sewers. On Gallo's person can be found a Tales of a Junktown Jerky Vendor, and Gallo's Storage Key which is used to access a storage closet nearby. Gallo's room also contains a small Nuka-Cola collection, a safe containing a Nuka-Cola Quantum, as well as a pen of radroaches.

Gallo's storage closet can be accessed using Gallo's Storage Key, or by picking its lock.

The Sewer Management main room is located in the central region of the mainline. It is occupied by a number of radroaches and feral ghouls. It is located behind a locked gate which can be unlocked from a terminal nearby. Next to the terminal are two pre-war books and a Big Book of Science.

The sewer management storage closet can be accessed from a terminal behind a locked gate nearby. A number of chems, ammunition and workbench items can be found inside.

The sewage tunnels that compose most of the mainline are littered with the remains of dead mercenaries and wastelanders. These are often marked by the presence of feral ghouls. The careful observer will also notice boxes of ammunition nearby the remains.

Also in the tunnel between the sewer management main room and Gallo, there's a strange skull with glowing eyes stuck on a metal rod, with two smaller rods crossed just under it. It is probably just a random curiosity put there by the developers, but in any case it's worth checking out just for being a bit creepy. It could also be a reference to the Khan Raider clan from the original Fallouts.

Note: it is much easier to spot it with the Pip-Boy light turned off. 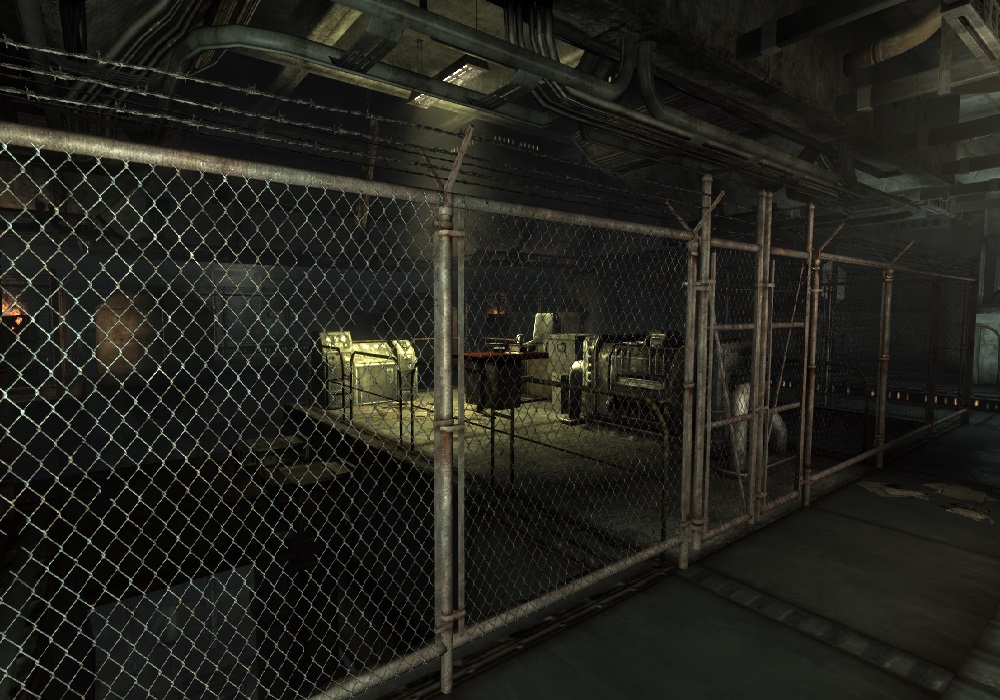 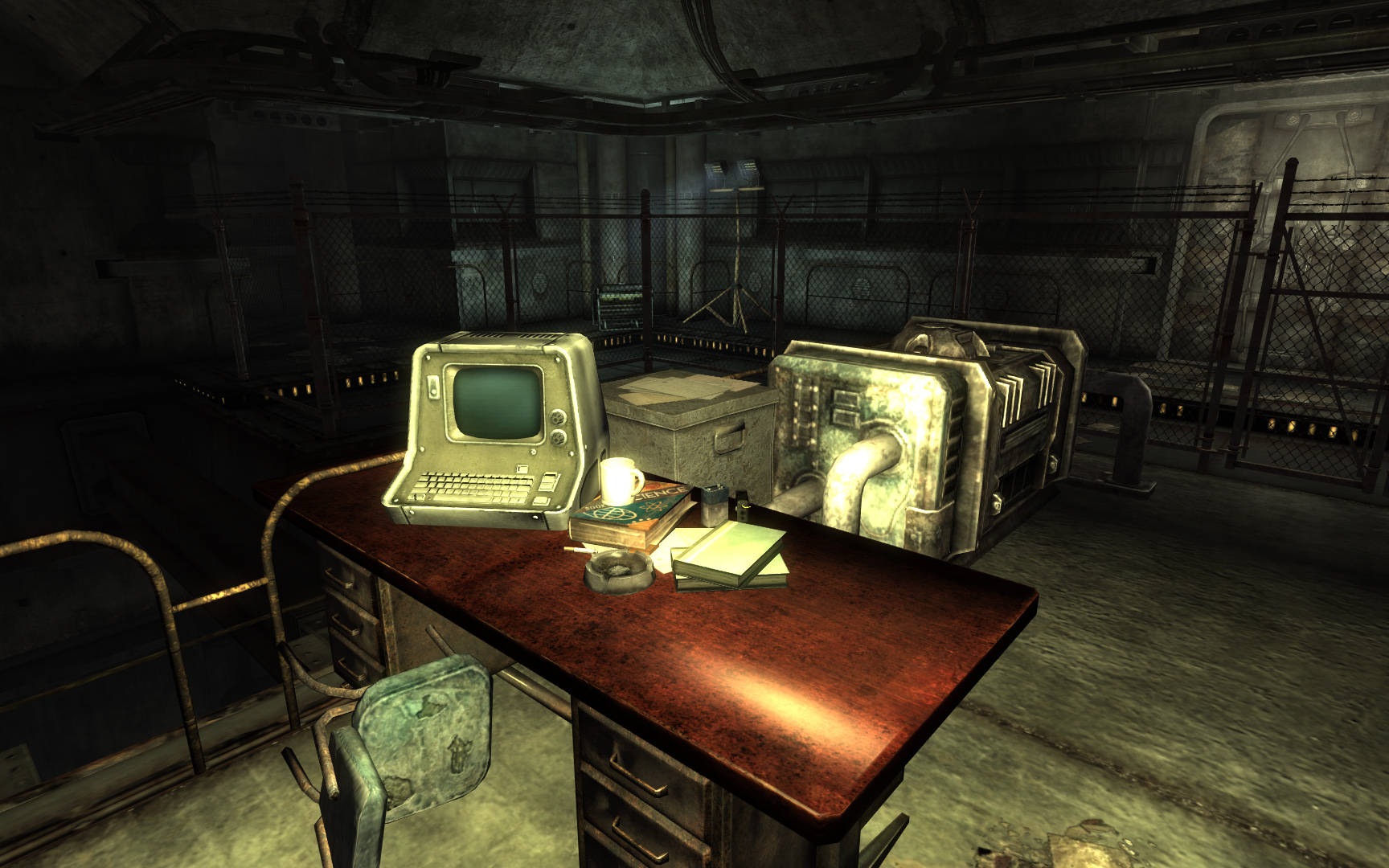 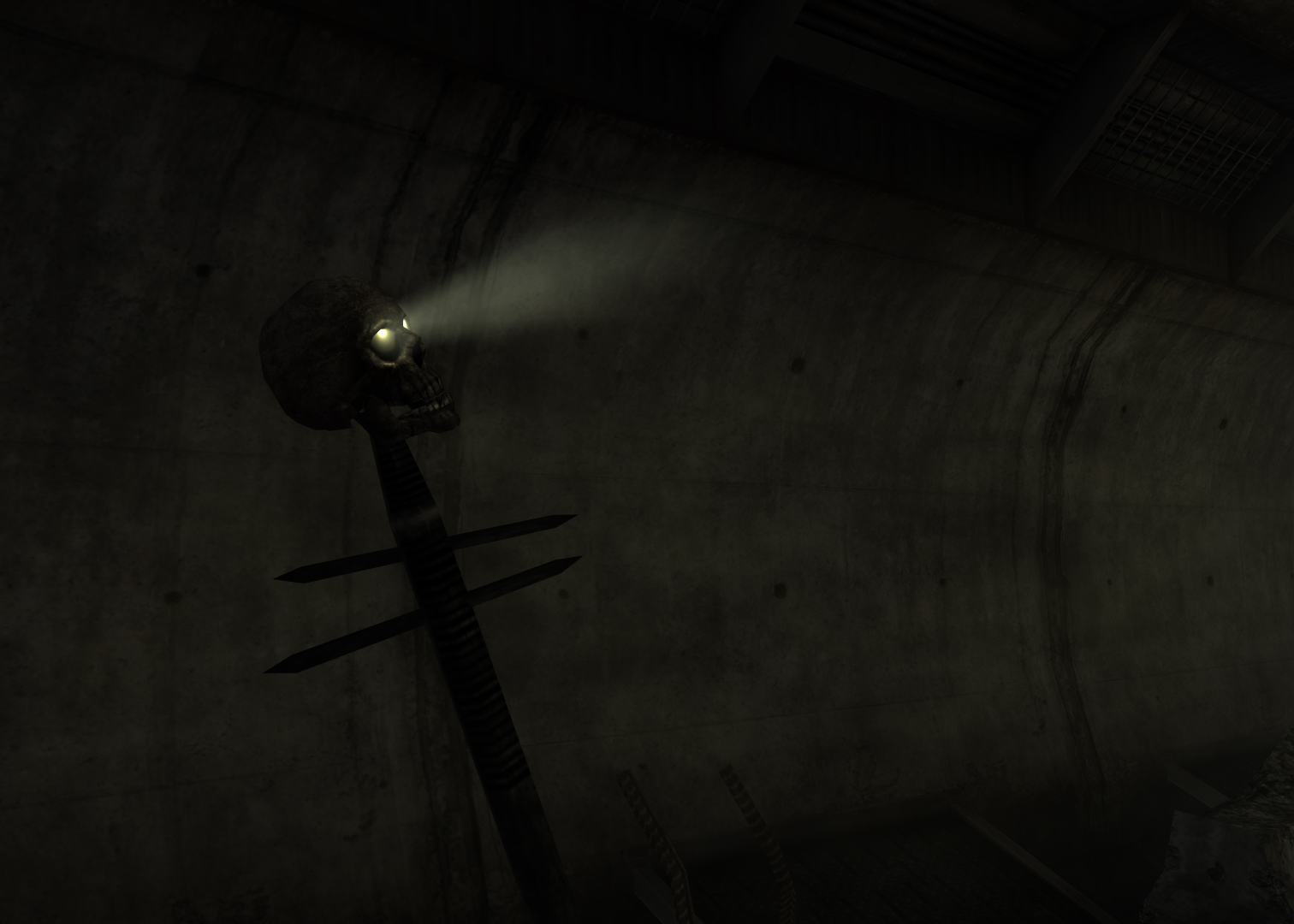 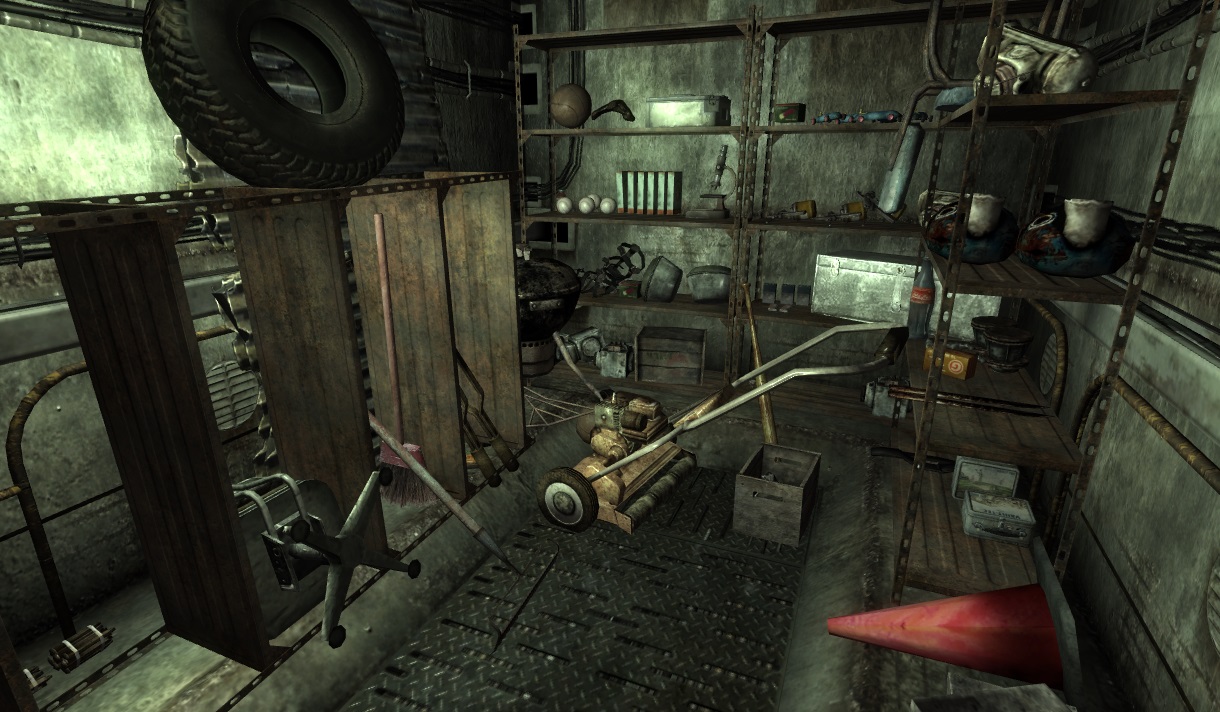 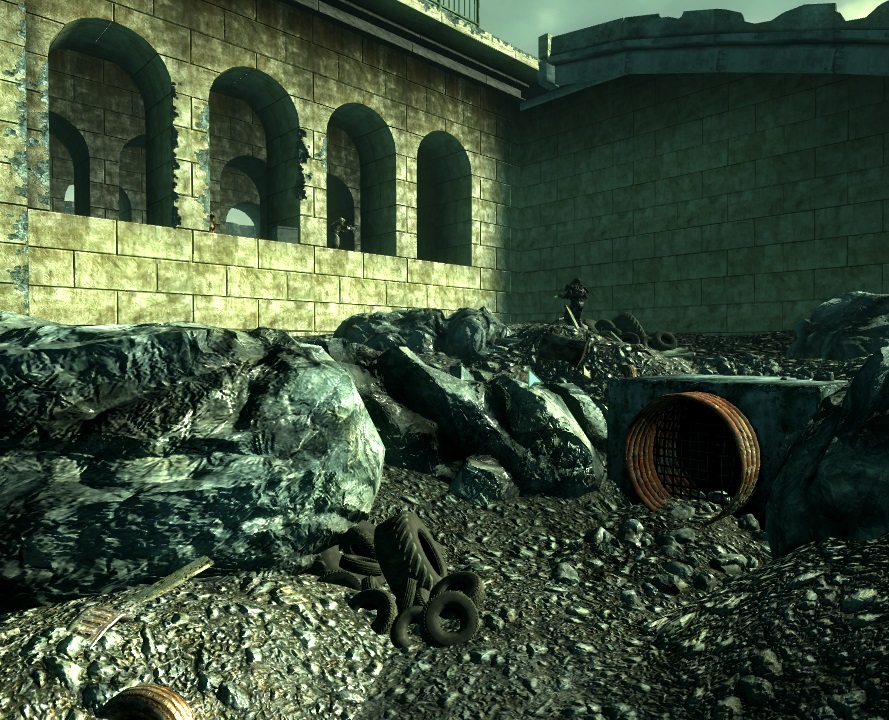