The Vault-Tec Regional HQ is a location in the Commonwealth in Fallout 4.

Reception area with blocked stairs and an elevator to the right of the entrance. A few small rooms down a hall to the north with minor loot including a lunchbox. There is a collapsed floor in a kitchen leading up to the second floor.

Entry is on the north end with a pair of small offices. On the east side of the floor is a small theater room and Dr. Reid's office where one can see a bit of info about Vault-Tec's operations. On the south side is a bullpen-style office and stairs leading up.

On the east side is a conference room. The middle of the floor is a game room with a pool table. The north has a large office with a terminal and an Advanced locked safe.

The basement consists of a large warehouse areas with a Novice locked terminal and an Expert locked back door.

The Vault-Tec Regional HQ only appears in Fallout 4. 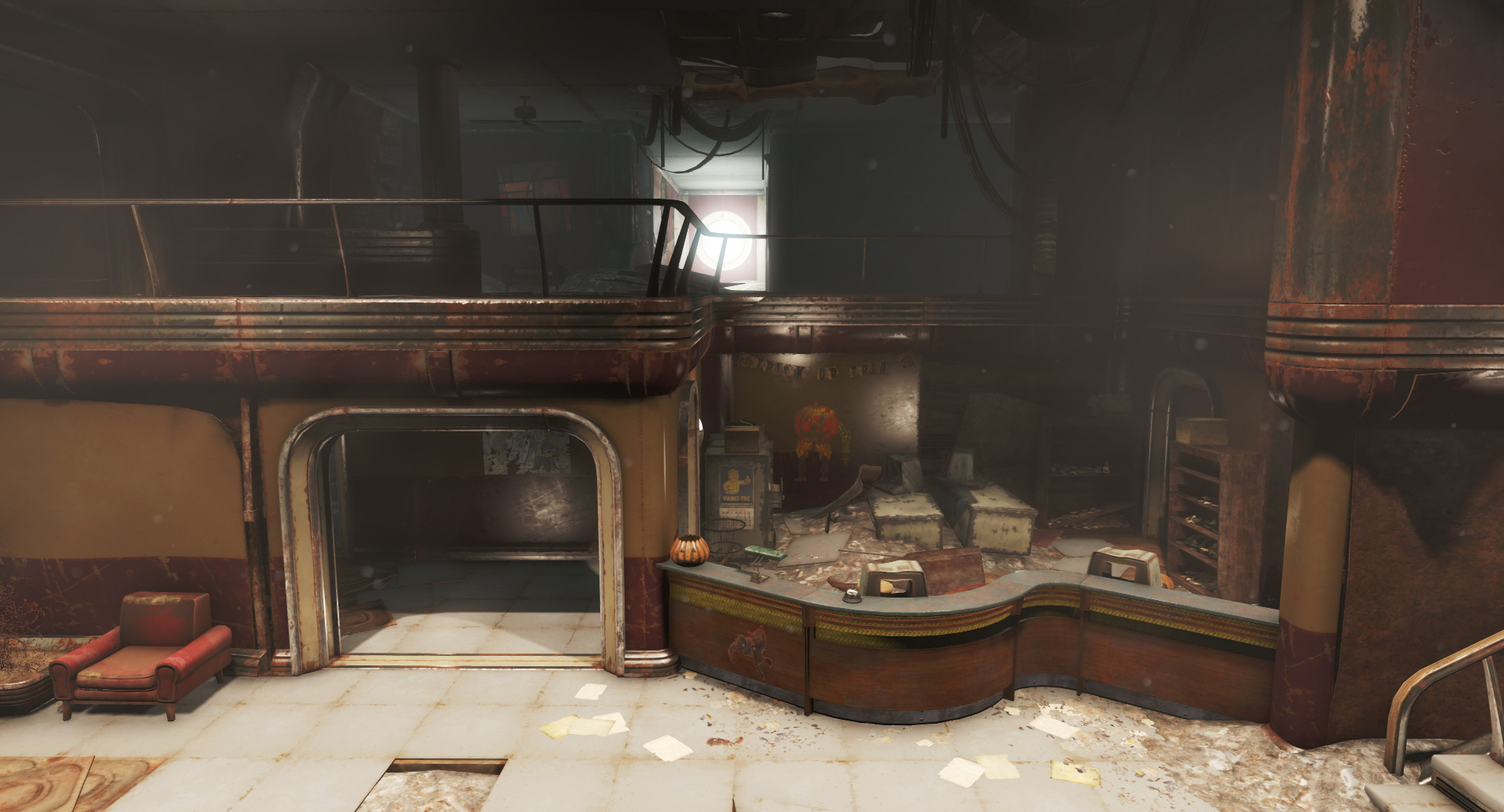 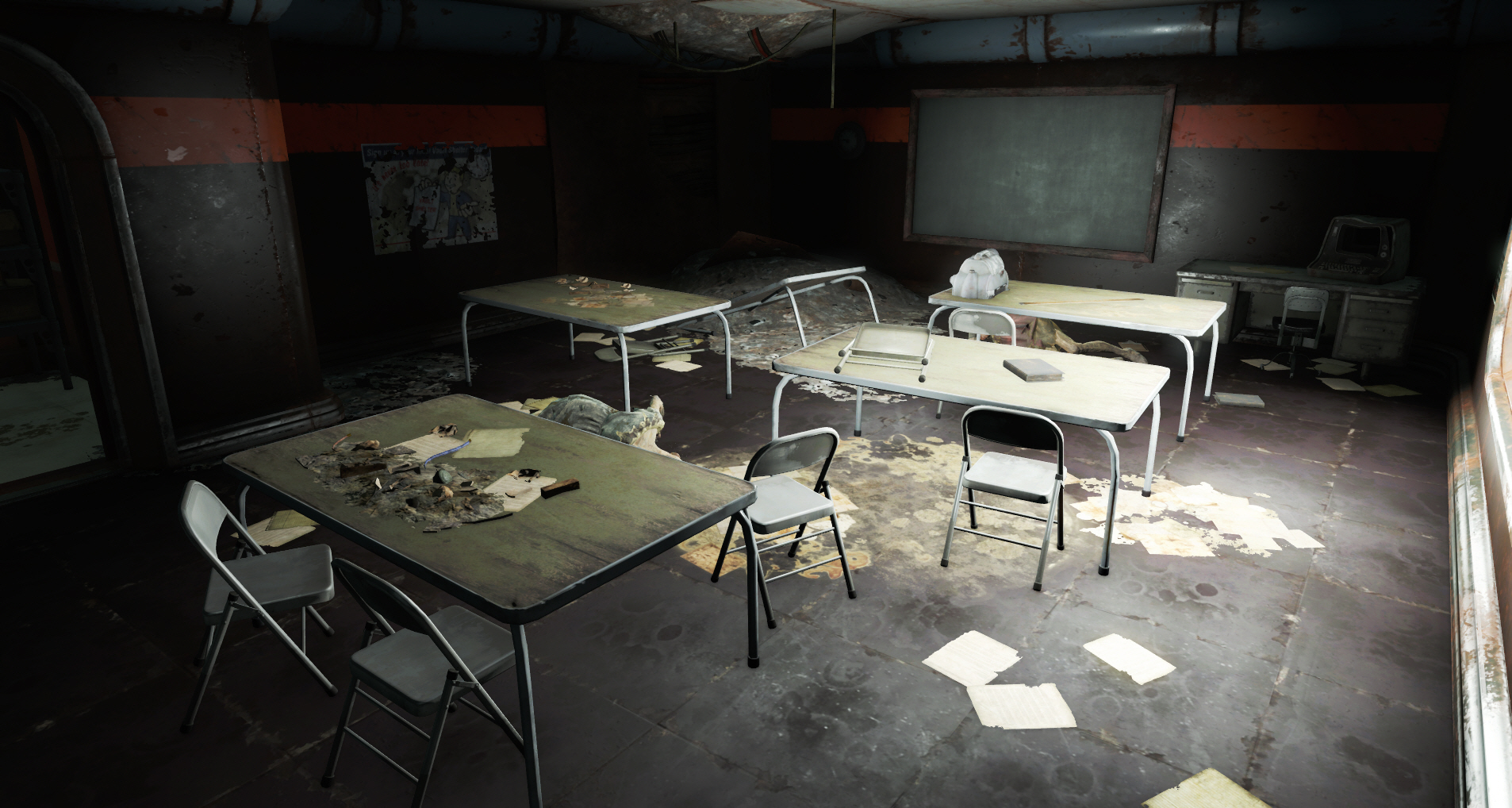 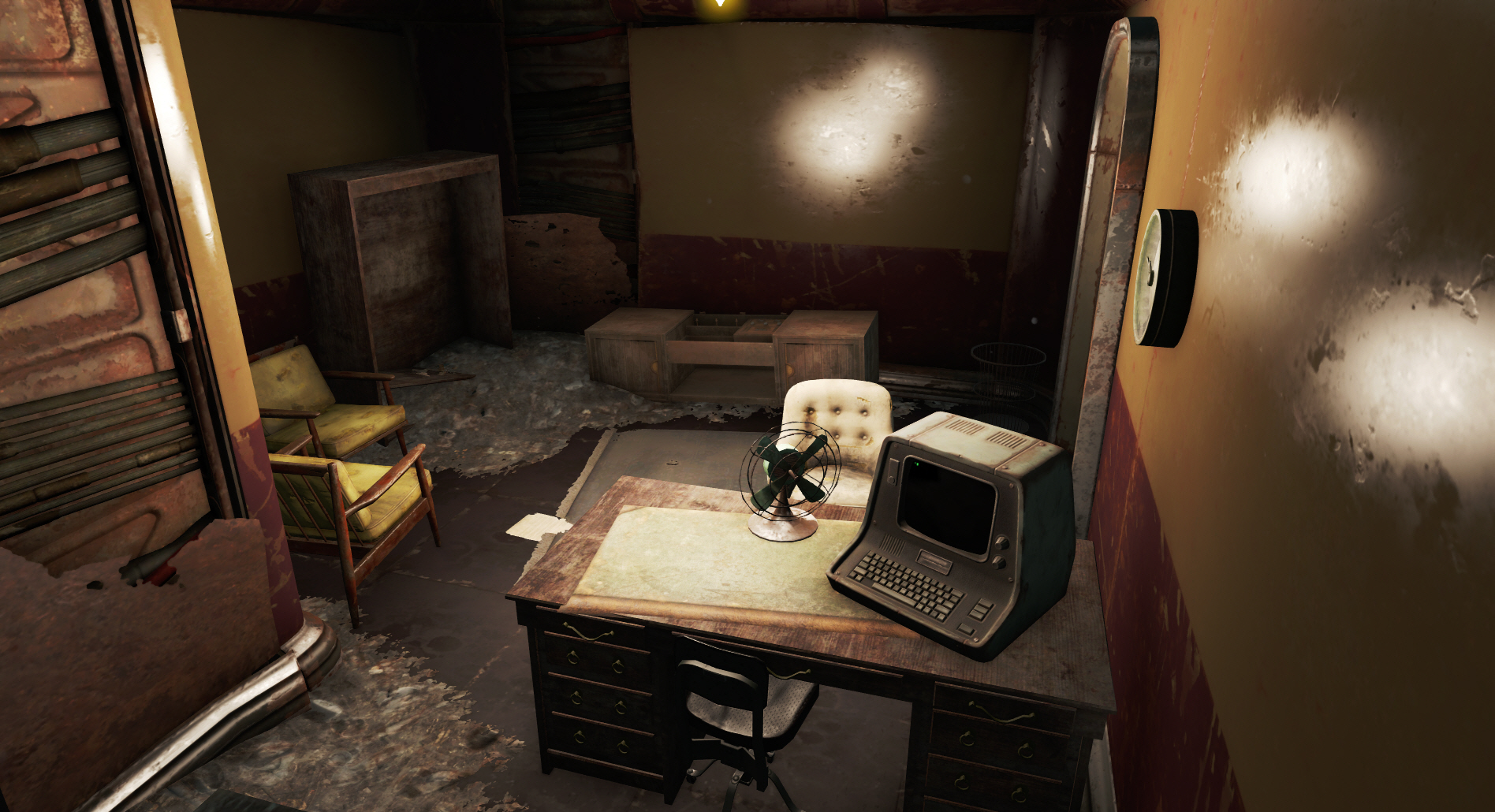 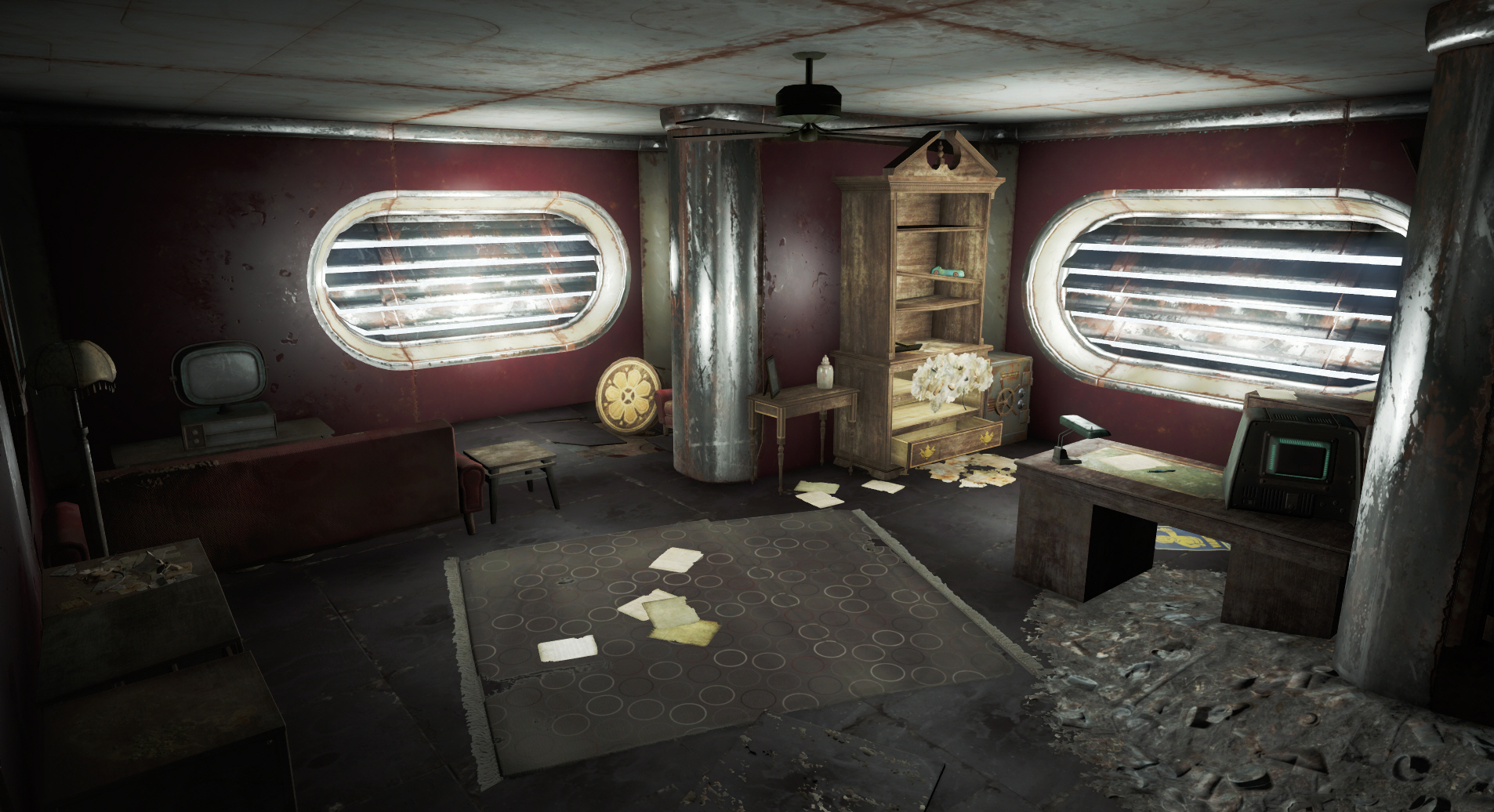 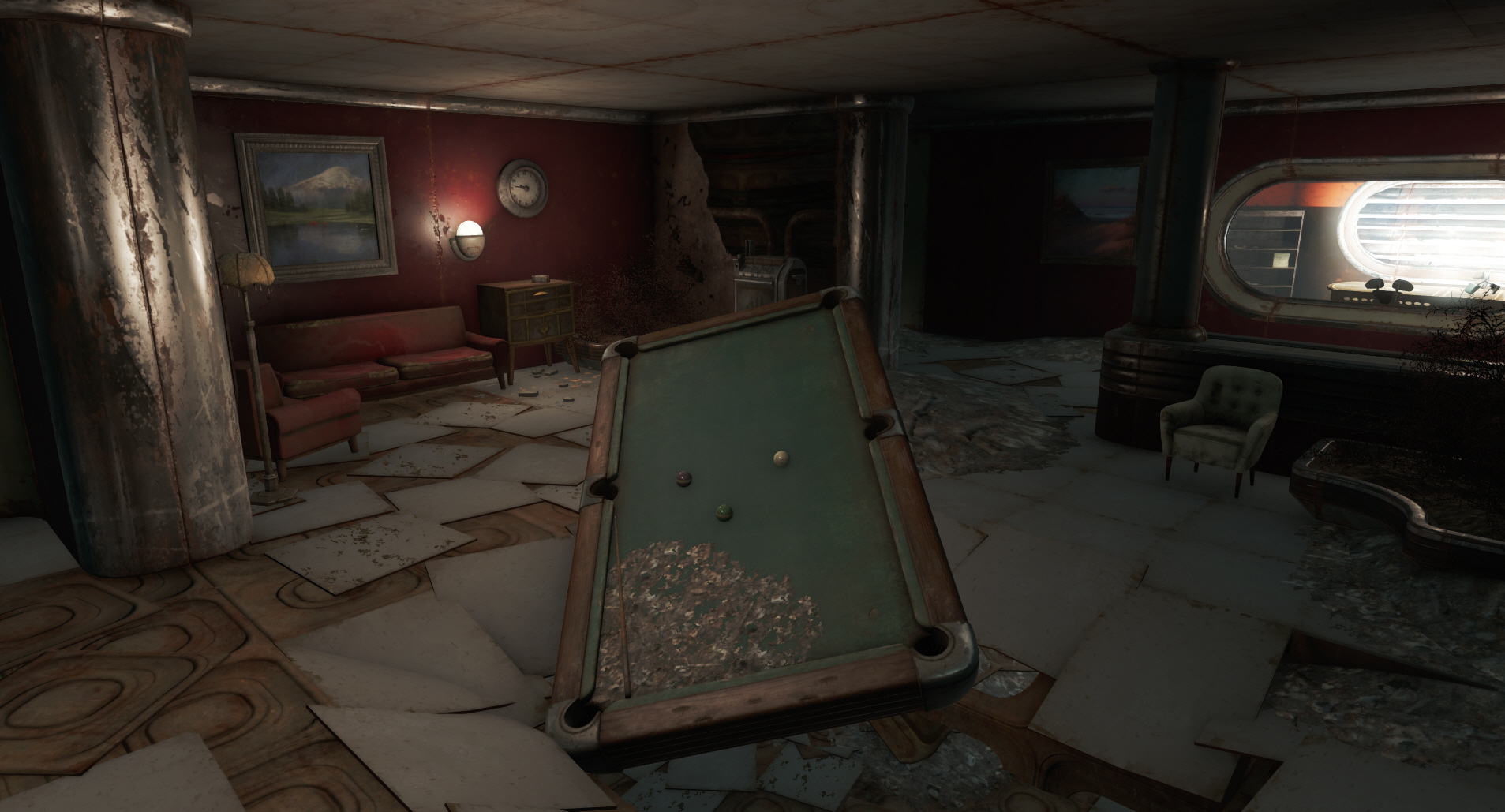 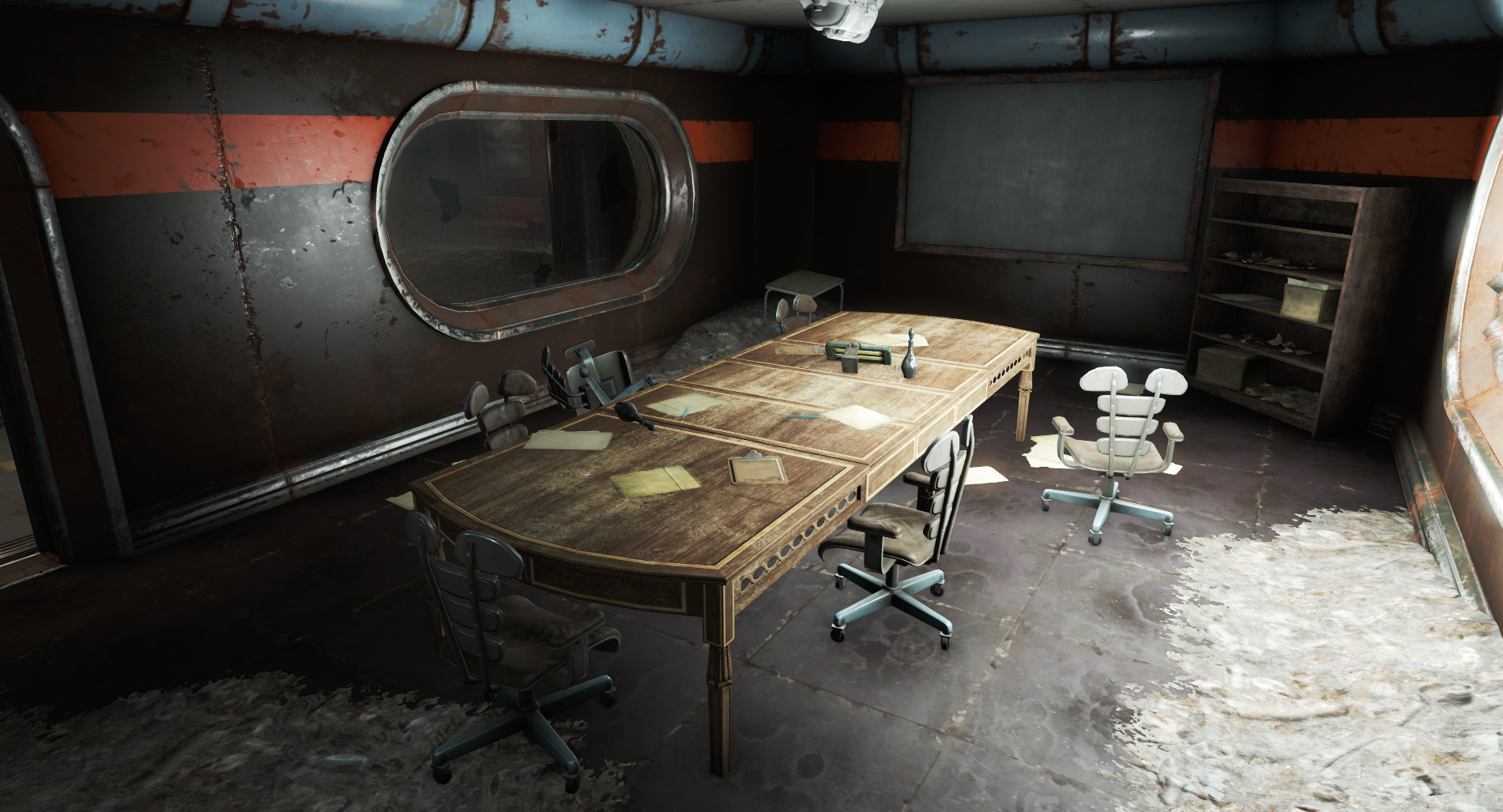