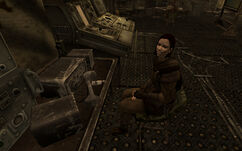 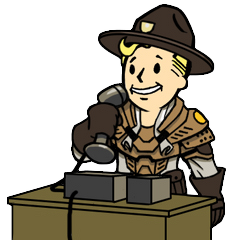 “I'm wondering if our radio security codes have been compromised. I need someone to deliver security code upgrades to each of the Ranger stations.”— Tech Sergeant Reyes

Return to Sender is a side quest in Fallout: New Vegas.

Speak with Tech Sergeant Reyes at the Camp Forlorn Hope command center to begin this quest. You are asked to deliver several radio security upgrade codes by speaking to the Communications Officer at each of the Ranger stations. (If the Officer in charge was killed in any way, interact with the Ham Radio to deliver the code.)

Upon returning to Reyes, she will inform you of some confusing intel reports, and you're sent back out to three stations to double-check the validity of the reports. Speak to Ranger Pason at station Delta, Ranger Lineholm at station Alpha, and Ranger Kudlow at station Foxtrot. If you've spoken to them, walk out of the tent and then back in, and speak to Reyes. After her suspicions have been justified, she asks you to go to Camp Golf and confront Chief Hanlon about it. He can be found on the balcony above the entrance to the House Resort during the day. Upon asking him about the intel reports, he tells you he wants to discuss it in a more private setting and will head to his office. The office is located on the first floor of the resort, past the front desk, and to the left of the vending machines. Once there, Hanlon will discuss his motives with you, and eventually leads to you having to make a choice. Note your choice will impact the ending you receive.

Regardless of the choice you make, the quest ends there.