Relay tower HG-B7-09 is a location in the Ash Heap region of Appalachia in 2102.

The relay tower terminal can be used with a US government supply requisition holotape for the quest Request Government Air Drop.

The area surrounding the relay tower experienced multiple earthquakes before the Great War, as a direct result of the mining operations in the Ash Heap. According to Gordy, this meant the employees at the station had to do four to five times more work than the other towers from putting things back together.[1]

This is a standard radio relay tower with laser turrets guarding its perimeter and its two entrances to the northeast and northwest. A crane is parked outside the western corner of the building carrying some construction supplies and a toolbox. On top of the roof is a skeleton lying next to a paint can, a large toolbox and some welding goggles.

Inside the relay tower is a blue system relay terminal which US government supply requisition holotapes can be loaded into. Along its northeastern wall is a set of lockers and a locked ammo box (Picklock 0) and fold-down cots line its southeastern wall. A maintenance personnel terminal sits next to a desk fan, on a desk in the middle of the room.

A short distance to the east of this location is an aluminum deposit which can be mined or harvested by placing a camp and building an extractor.

Relay tower HG-B7-09 was given the placeholder name "relay tower 5" during development. 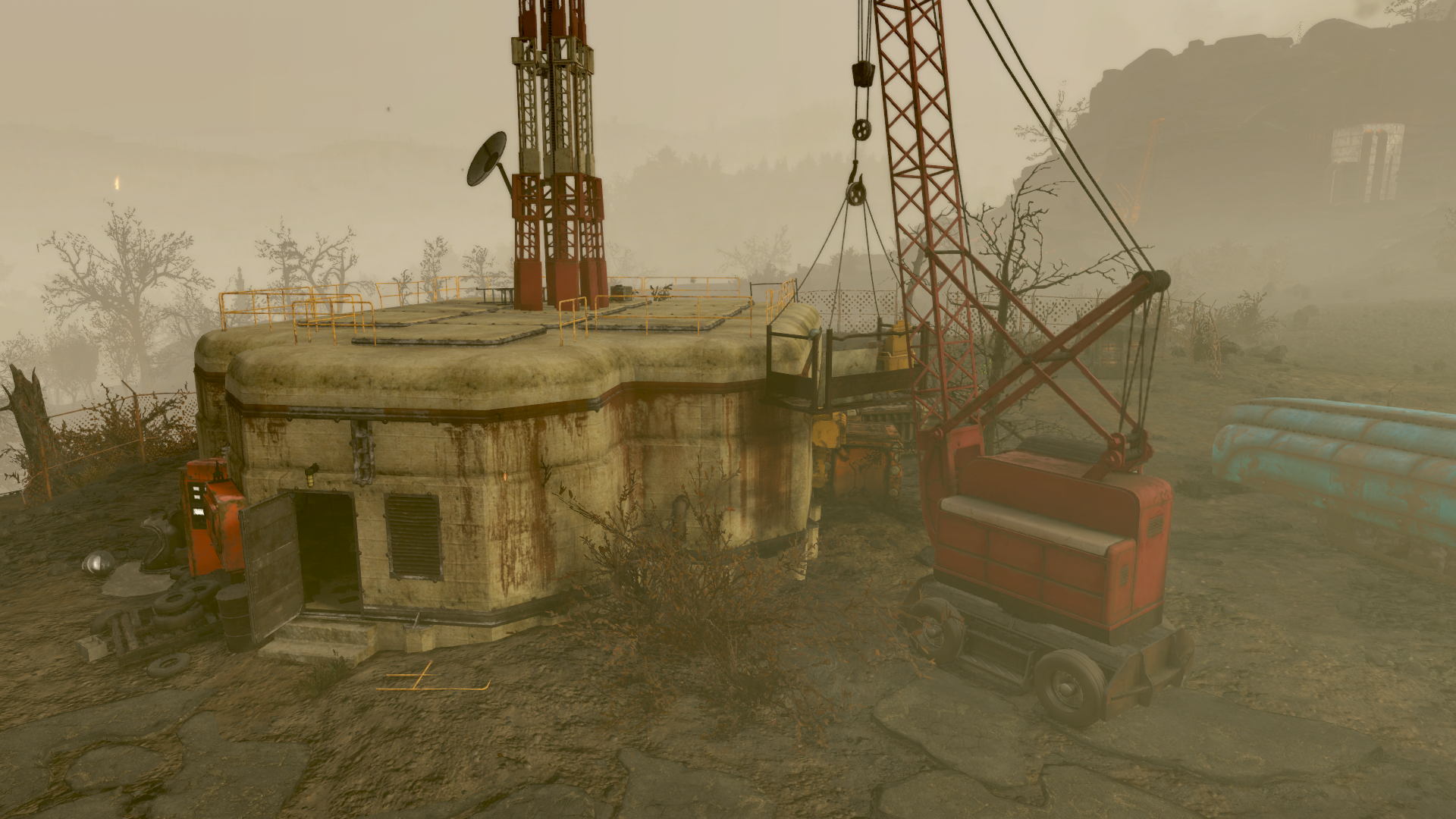