In Fallout 4, a large amount of pre-War vehicles can be found by the player scattered around the wasteland. These vehicles can be scrapped for resources if within the boundaries of a workshop.

Many seemingly inert vehicles that take sufficient damage will explode quite violently - similar in sound and appearance to a mini nuke - doing considerable damage to anyone nearby. Vehicles may also catch fire after taking some damage, starting a process by which they will then detonate after the fire burns for a brief period; a telltale sound can be heard with a vehicle catches fire, and a warning vehicle symbol will be displayed if the Sole Survivor is nearby such a vehicle, indicating the danger of an imminent explosion. Vehicles that explode leave an irradiated area for a brief period of time afterwards, implying that vehicle explosions are at least partly nuclear.

The Sole Survivor is also able to call in a Vertibird to transport them to another discovered location. 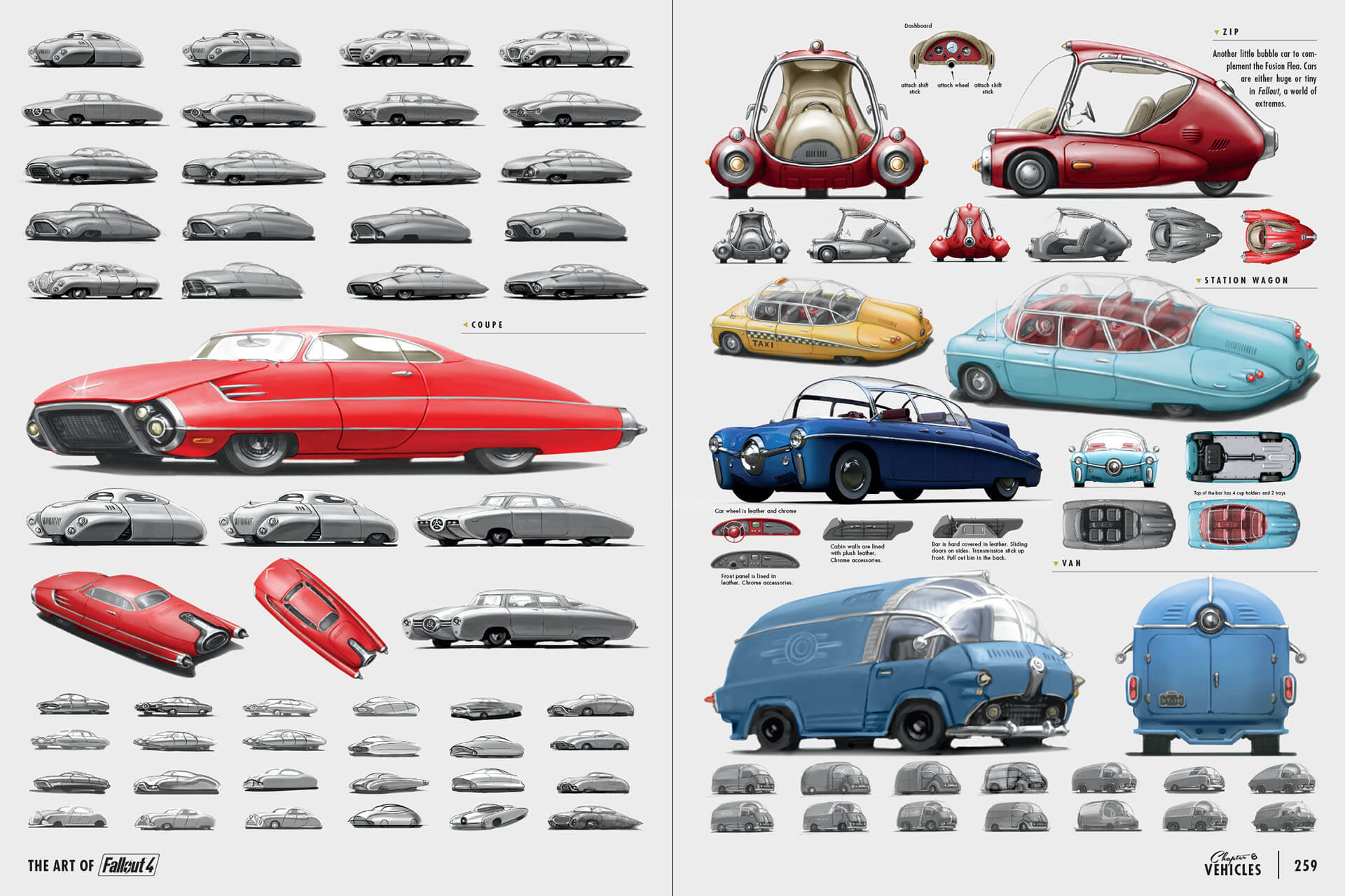 Various pre-War vehicles, from The Art of Fallout 4 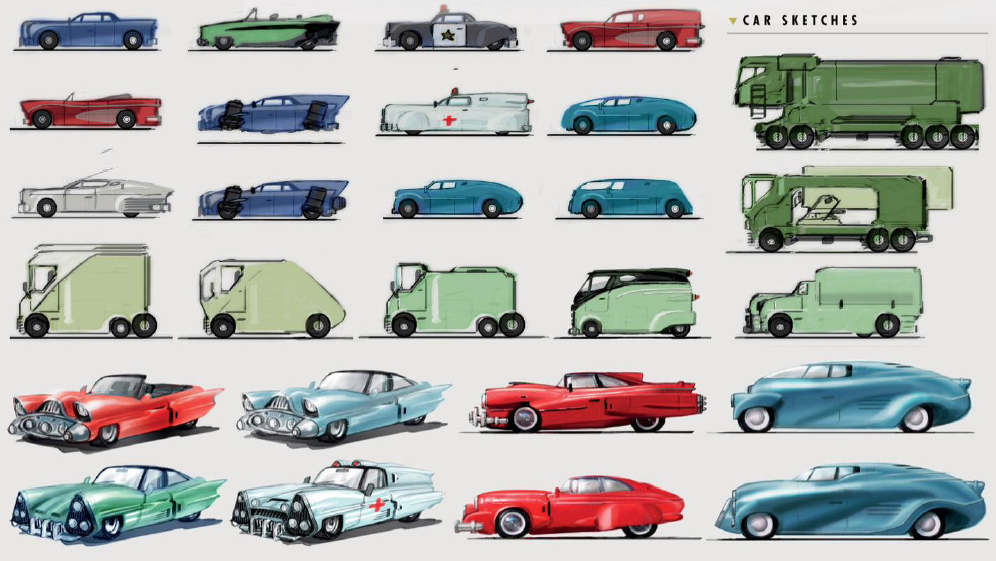 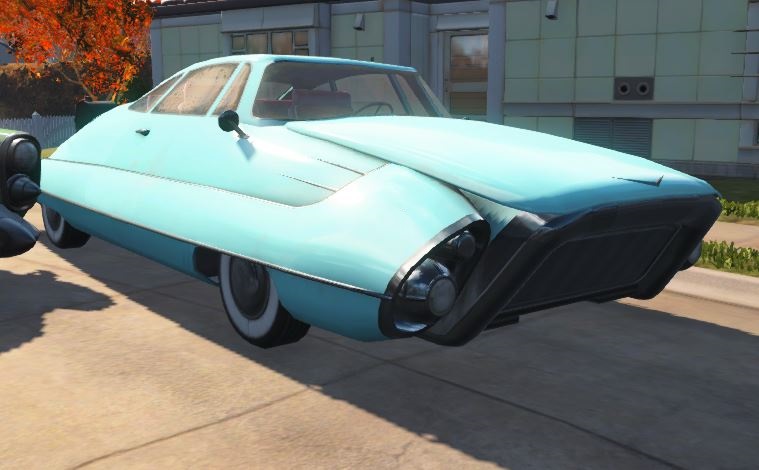 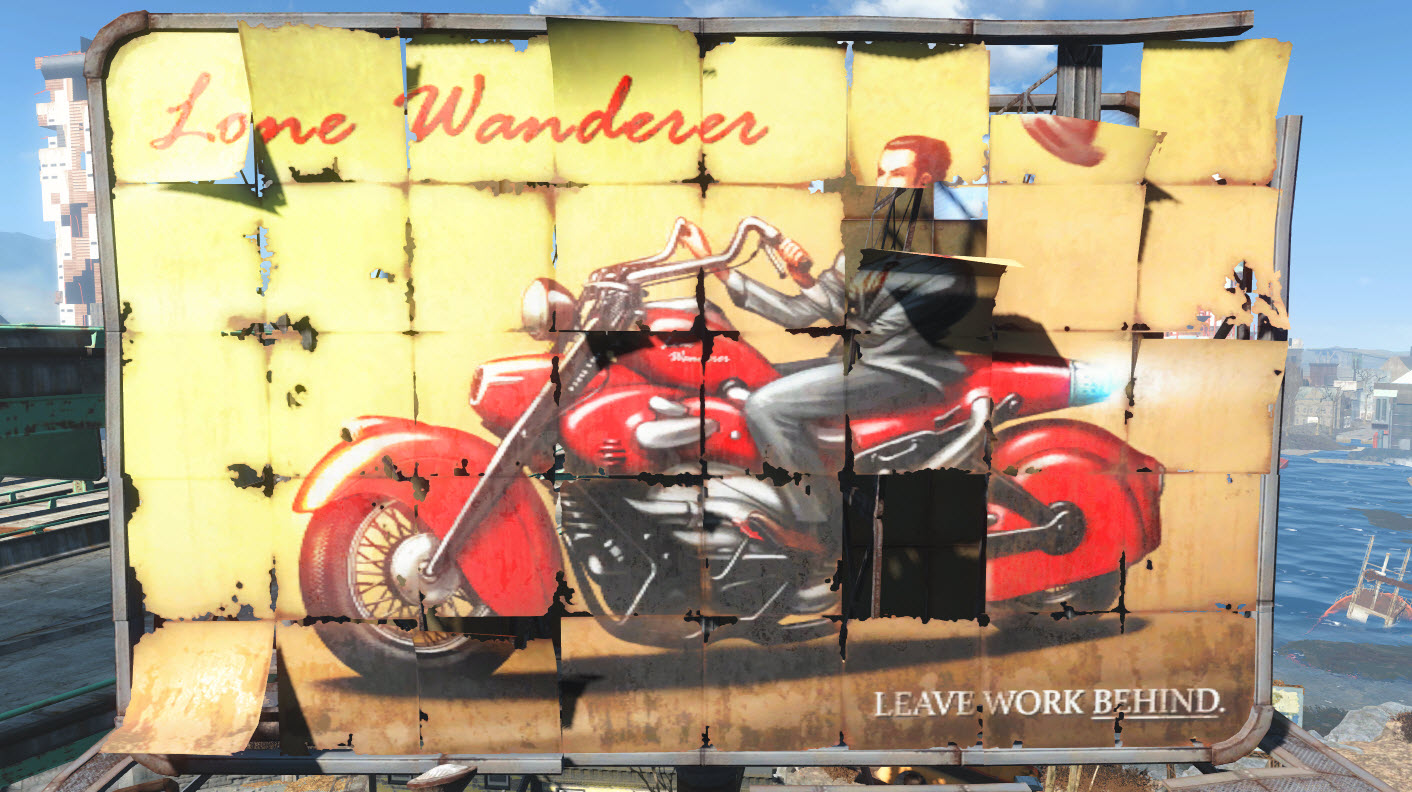 A billboard advertising a motorcycle 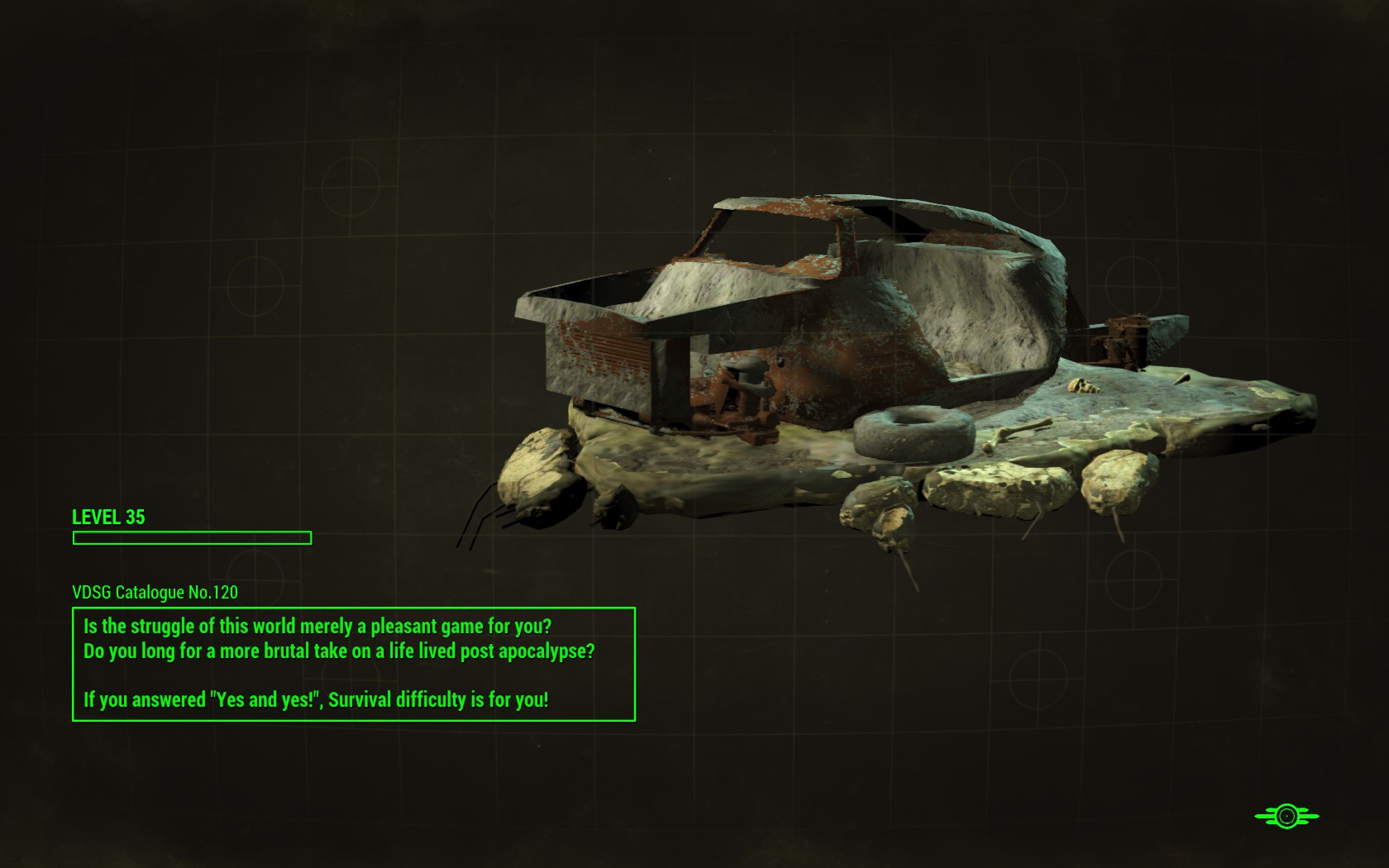 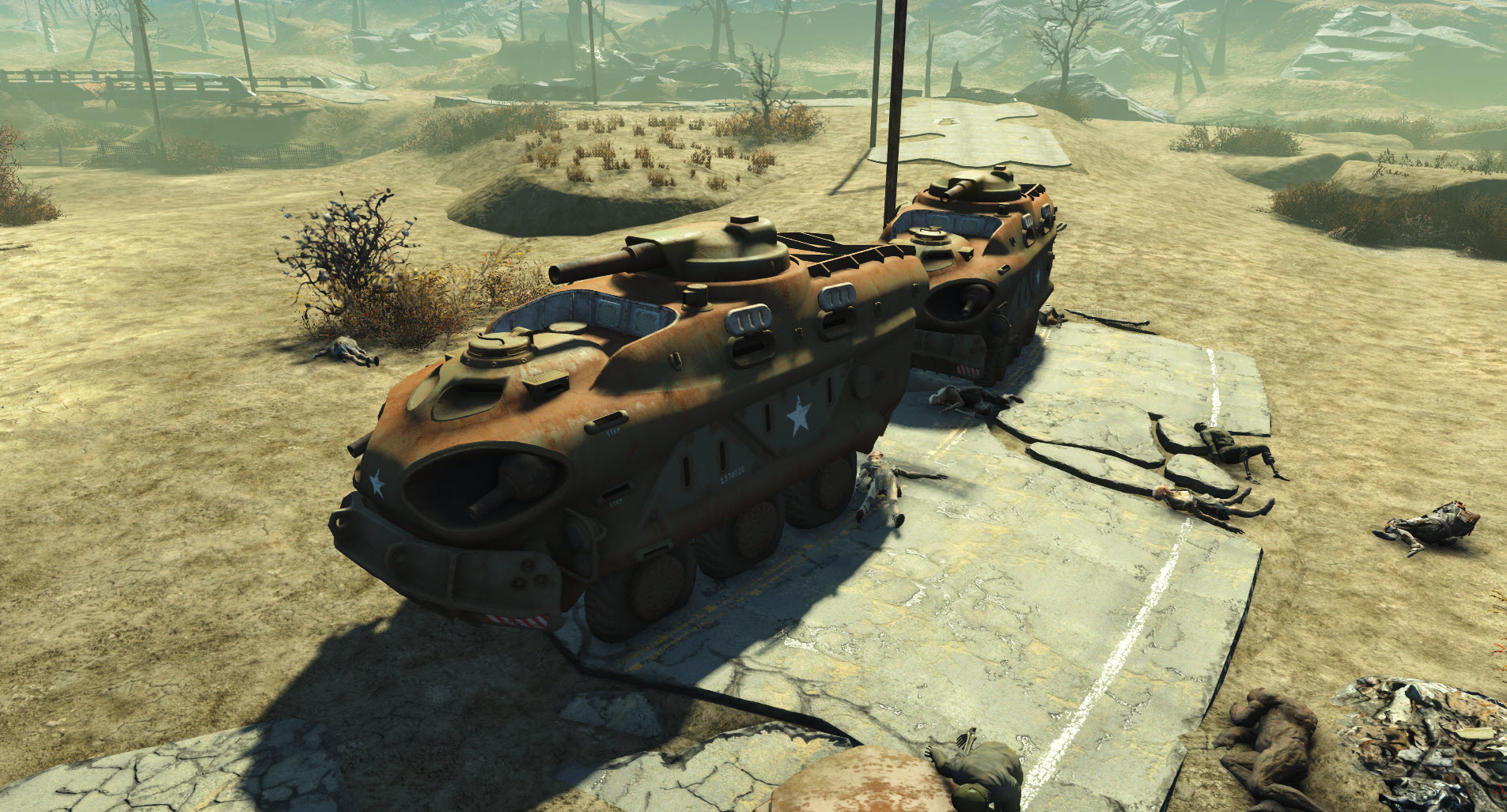 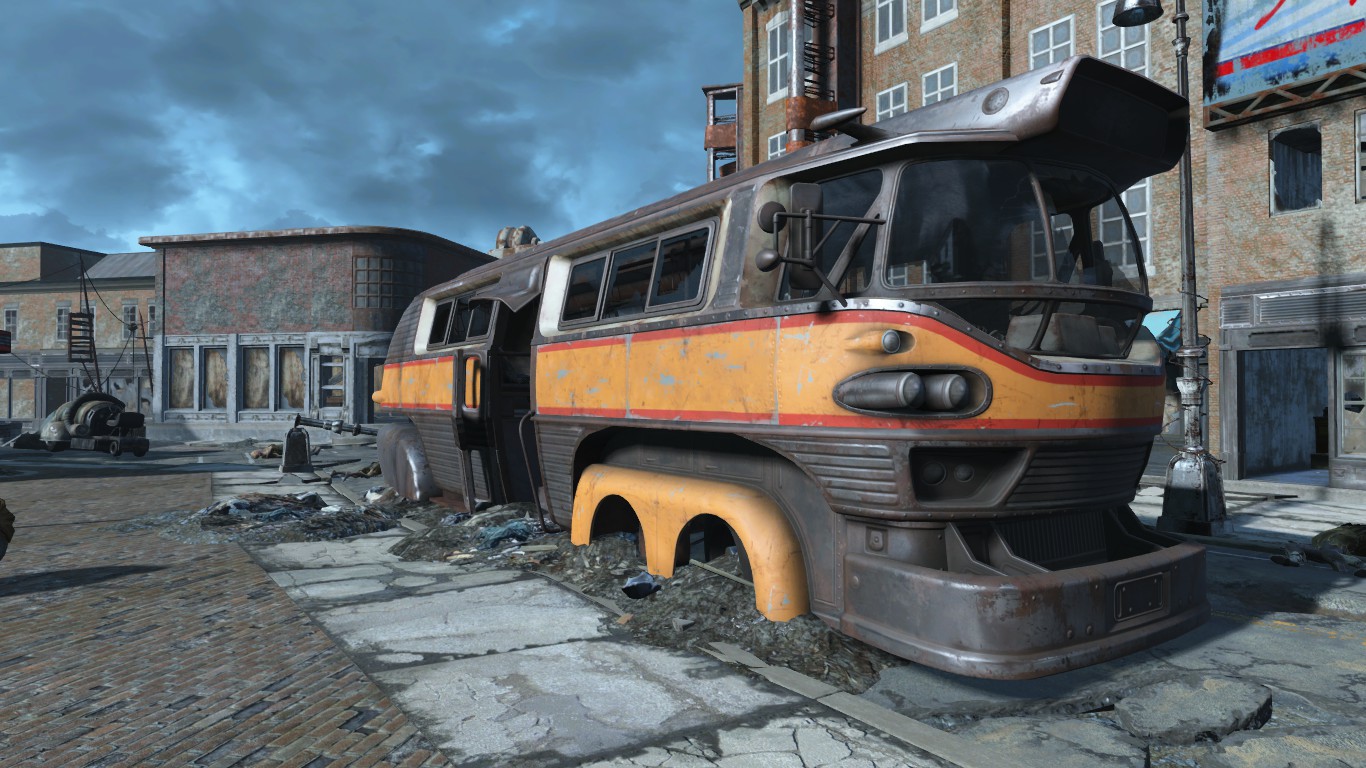 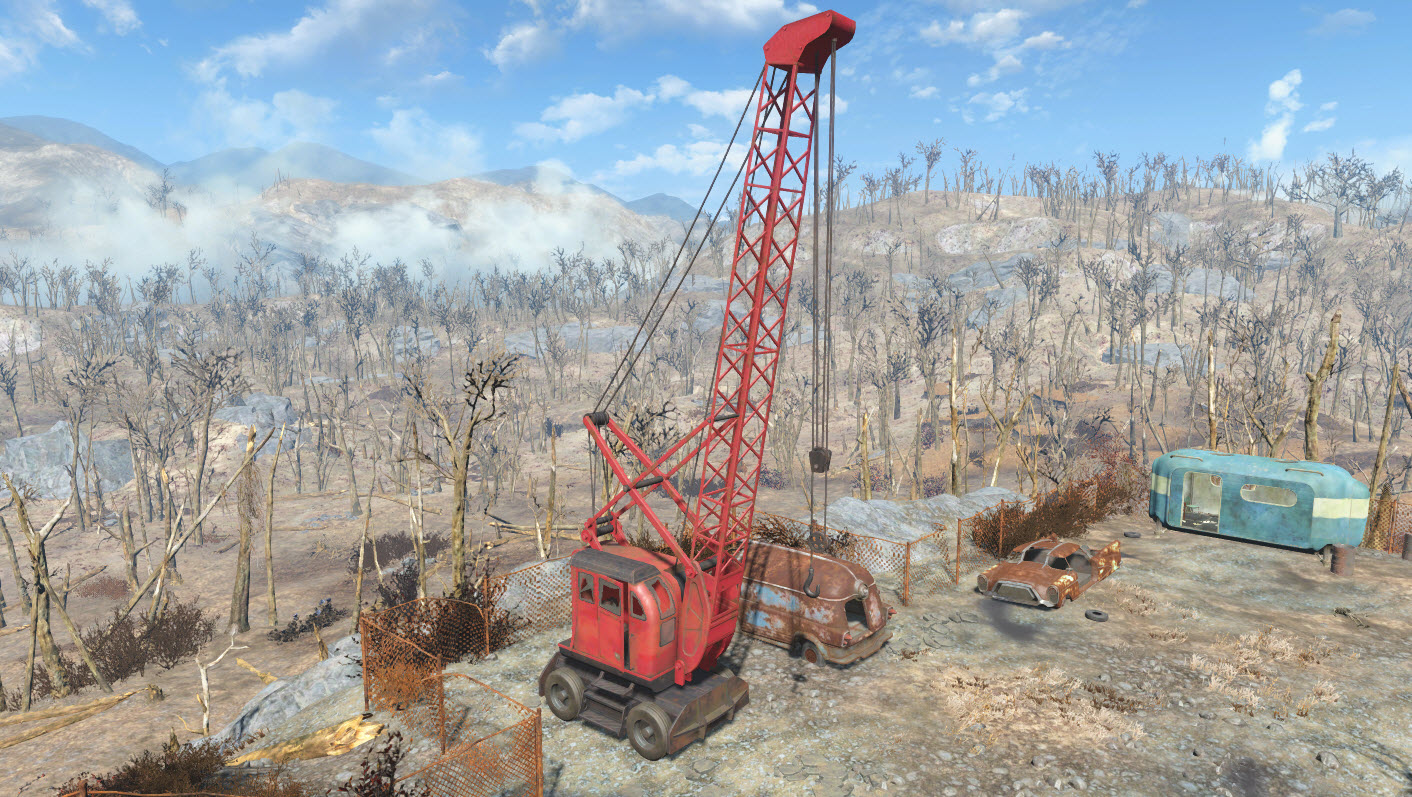 A crane outside Vault 111 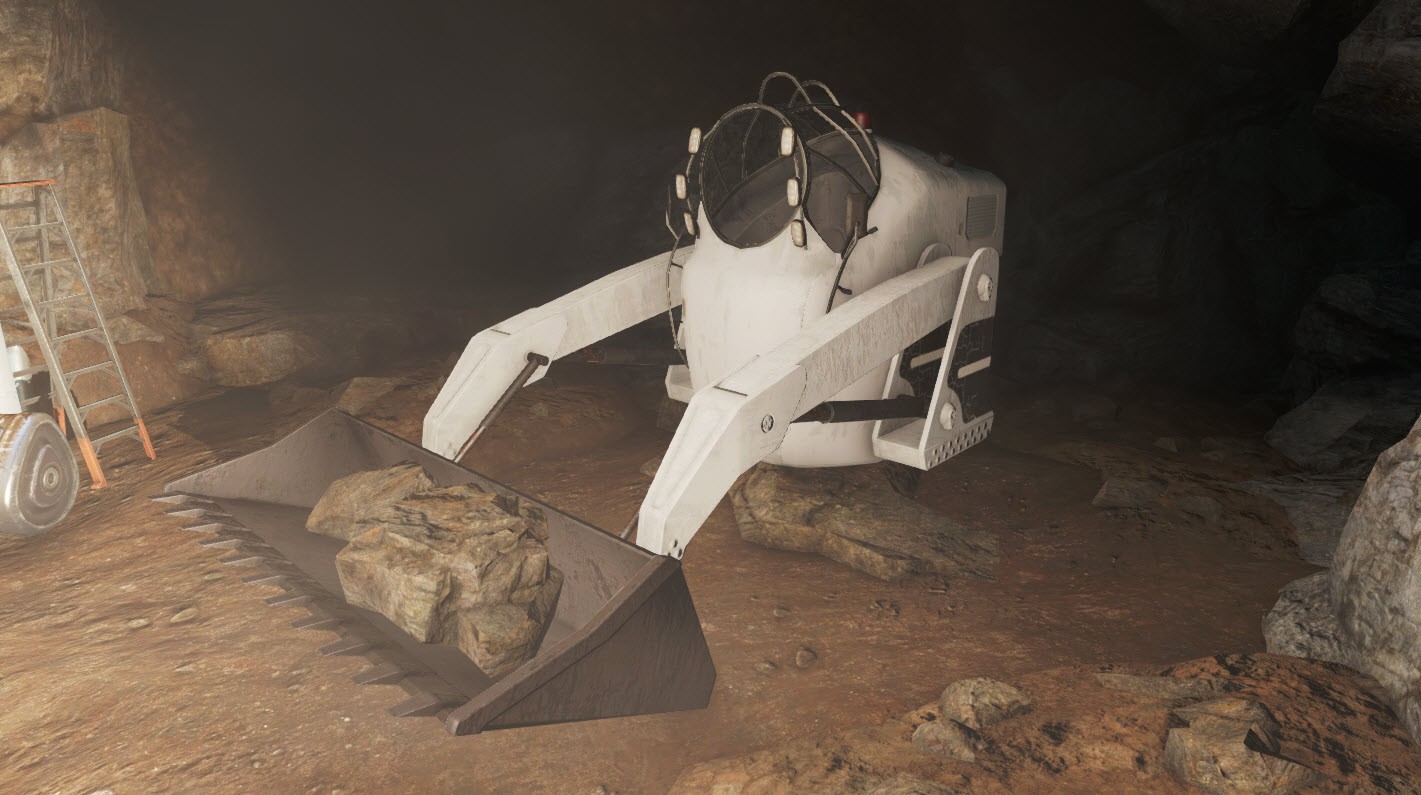 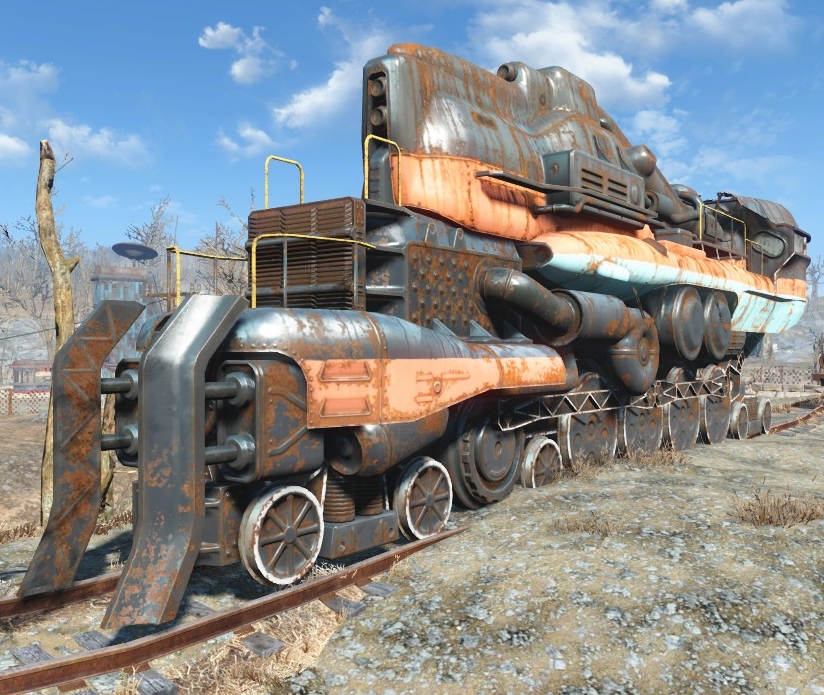 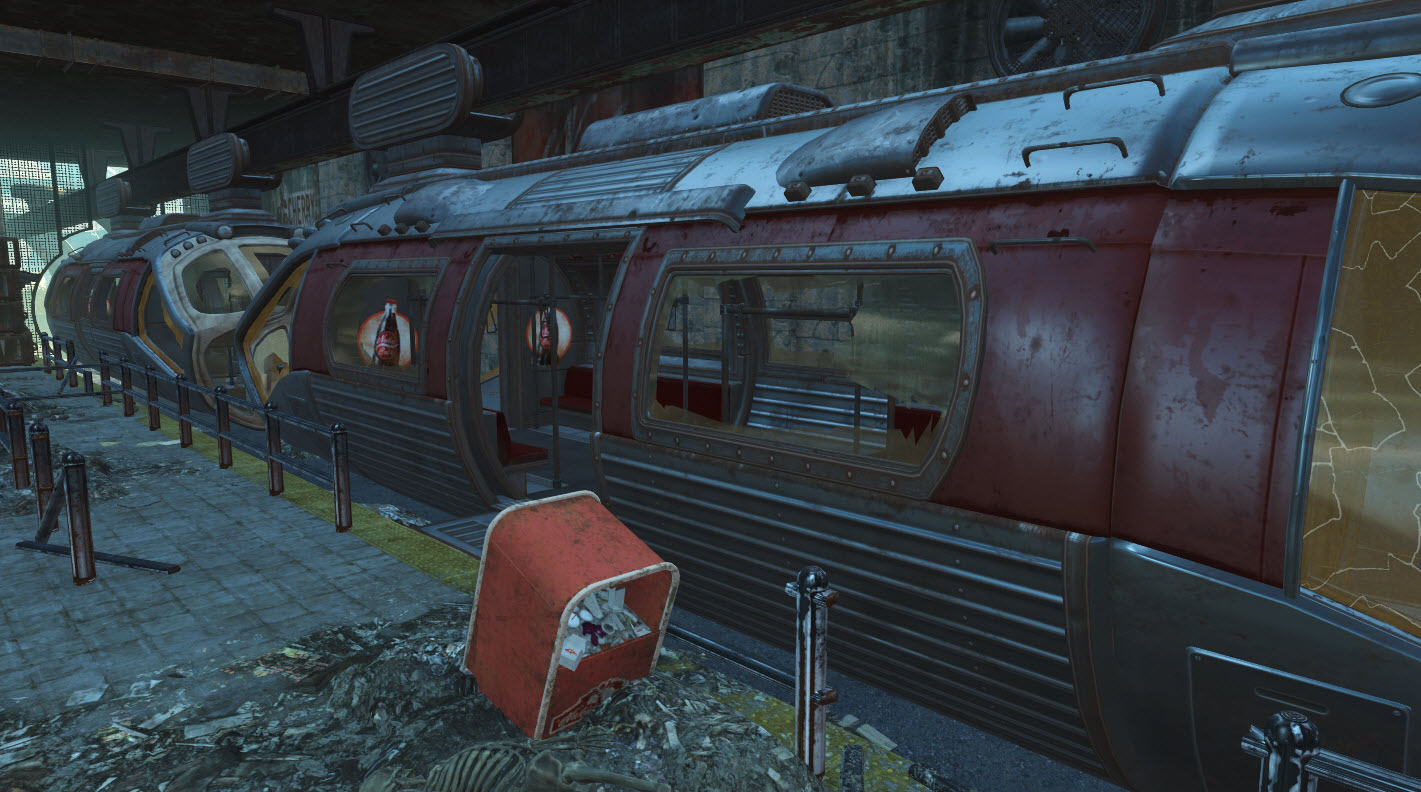 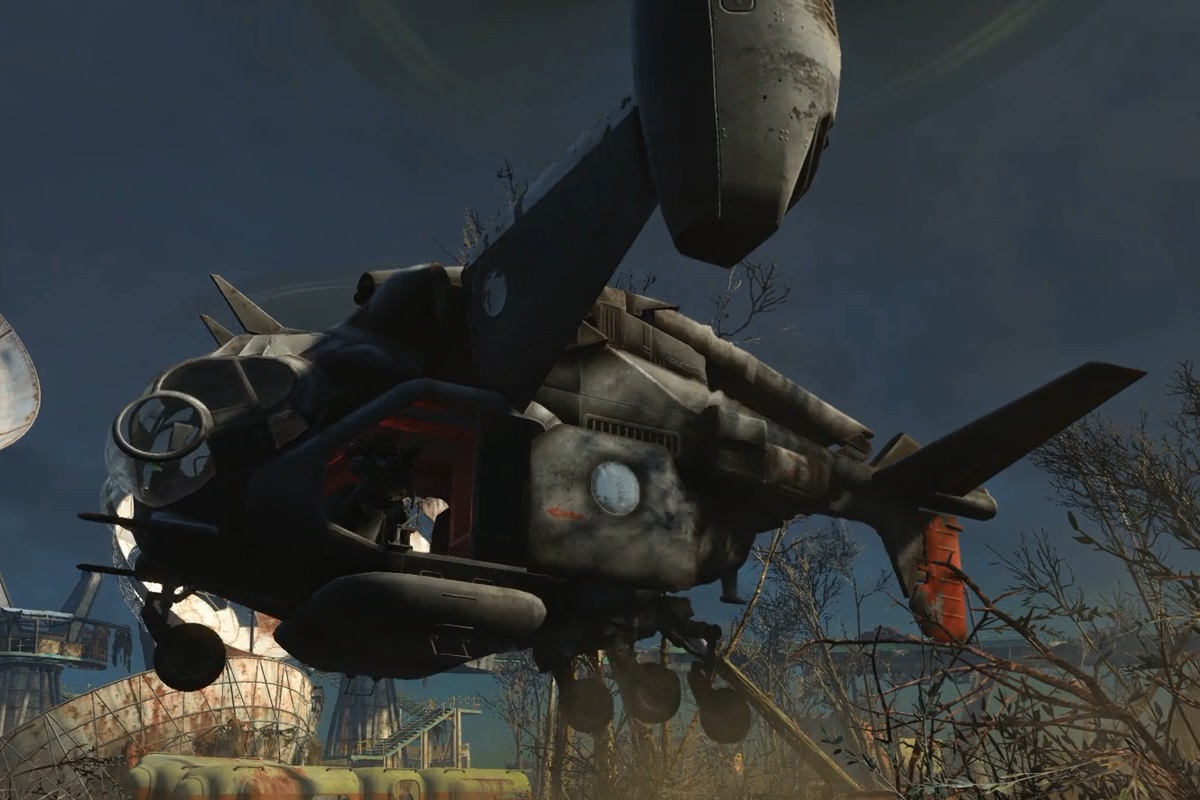 Vertibird (Used by the Brotherhood of Steel) 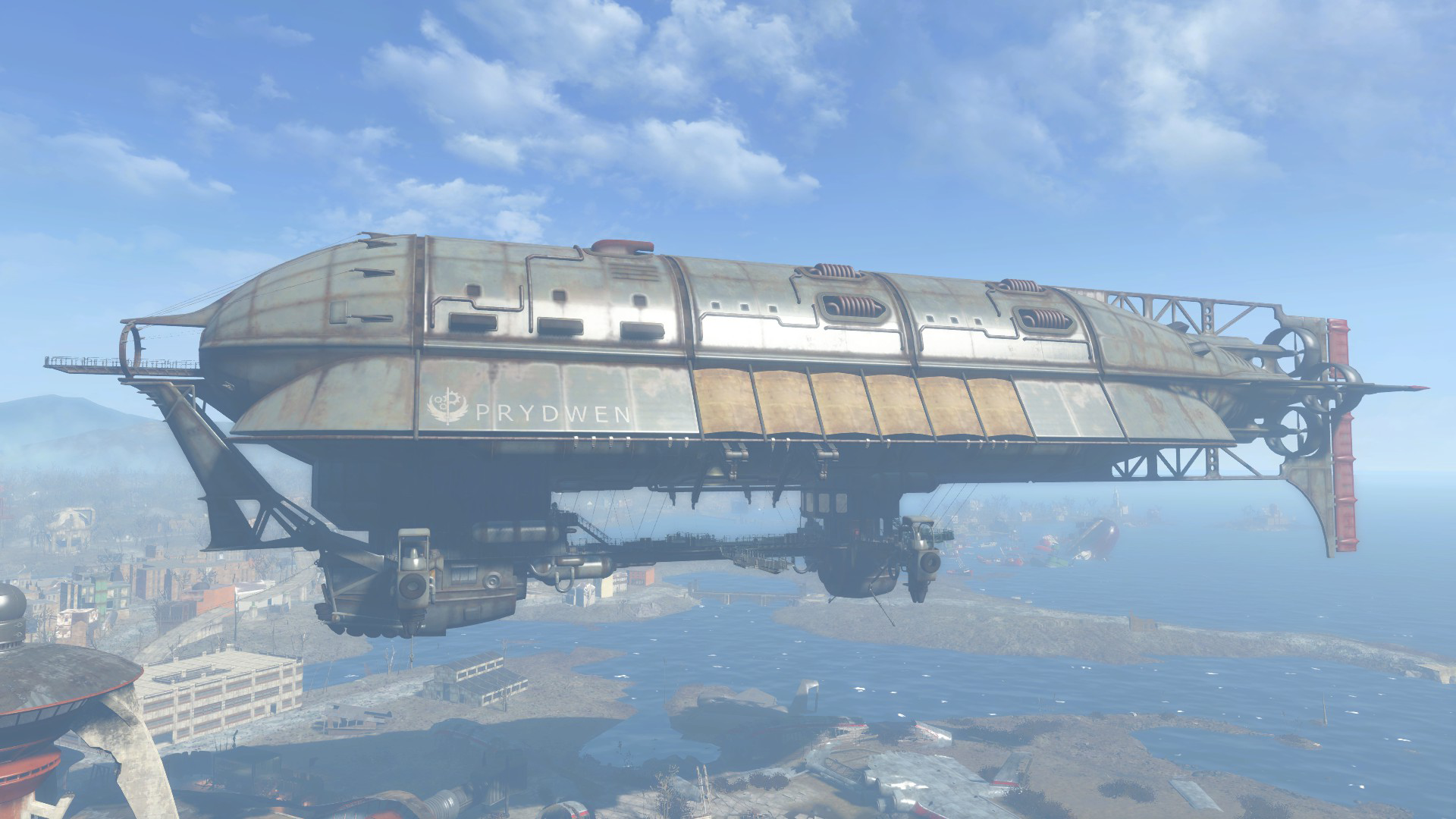 The Prydwen, flying above the Commonwealth 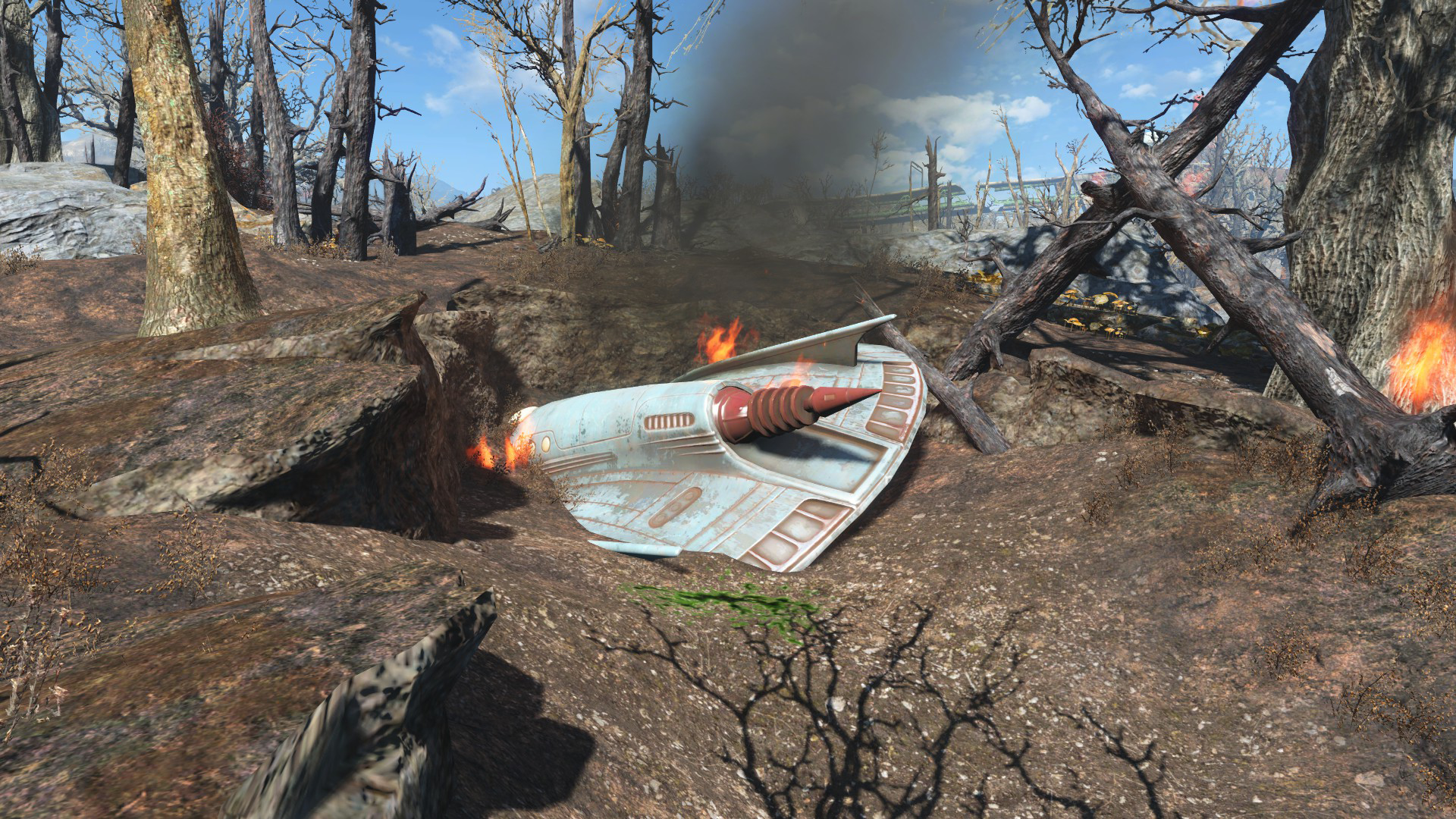 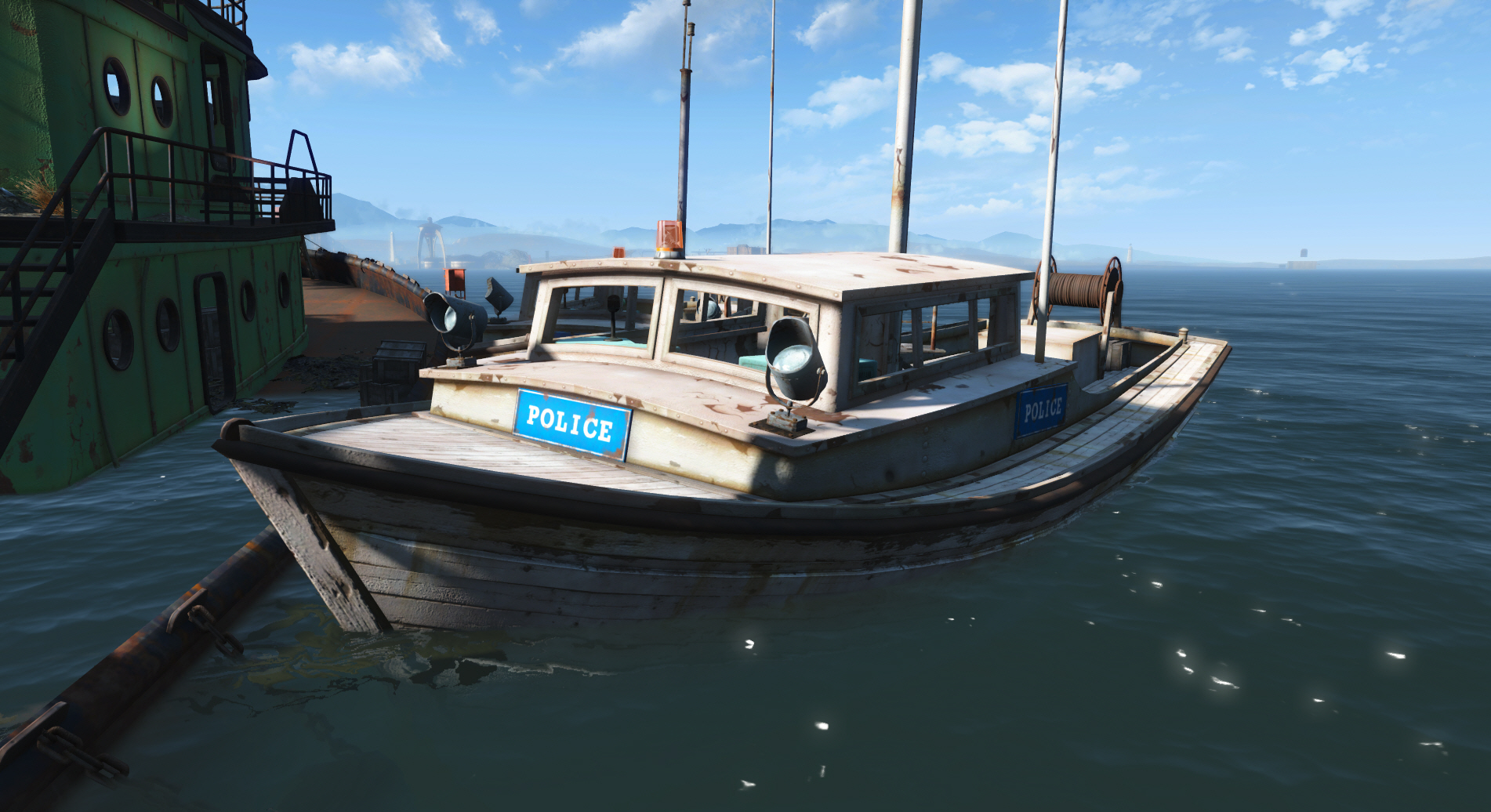 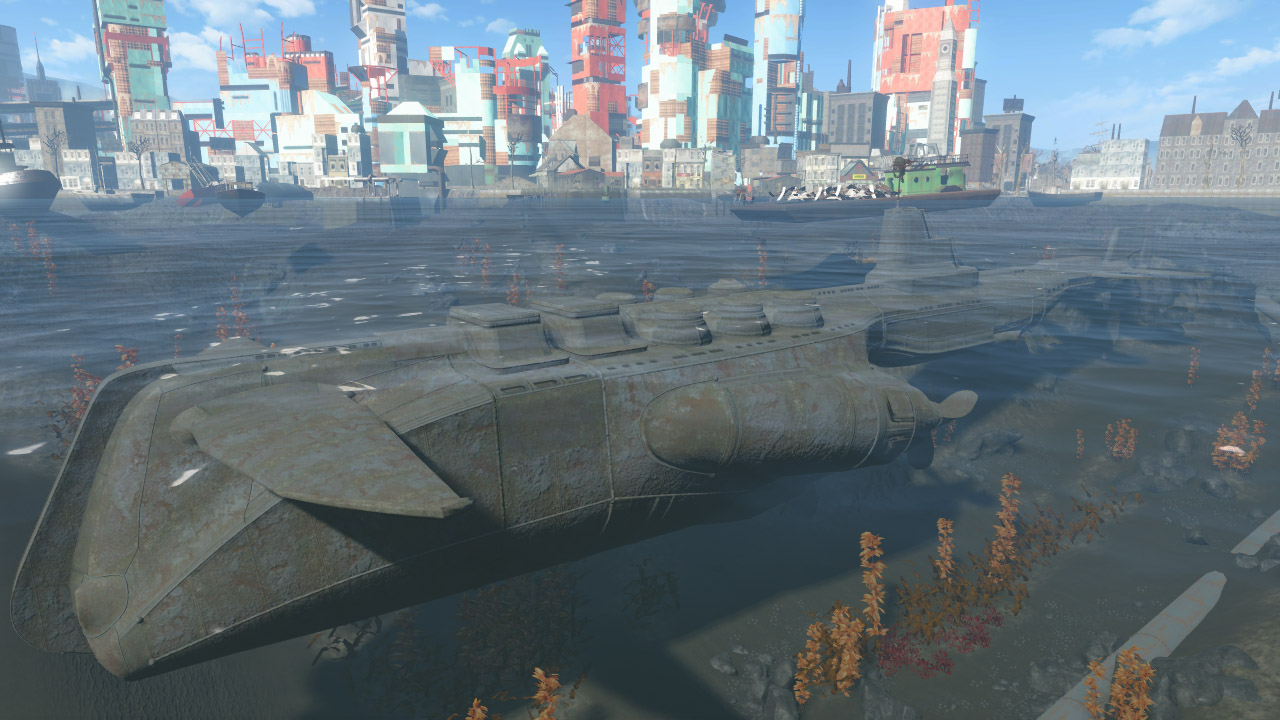 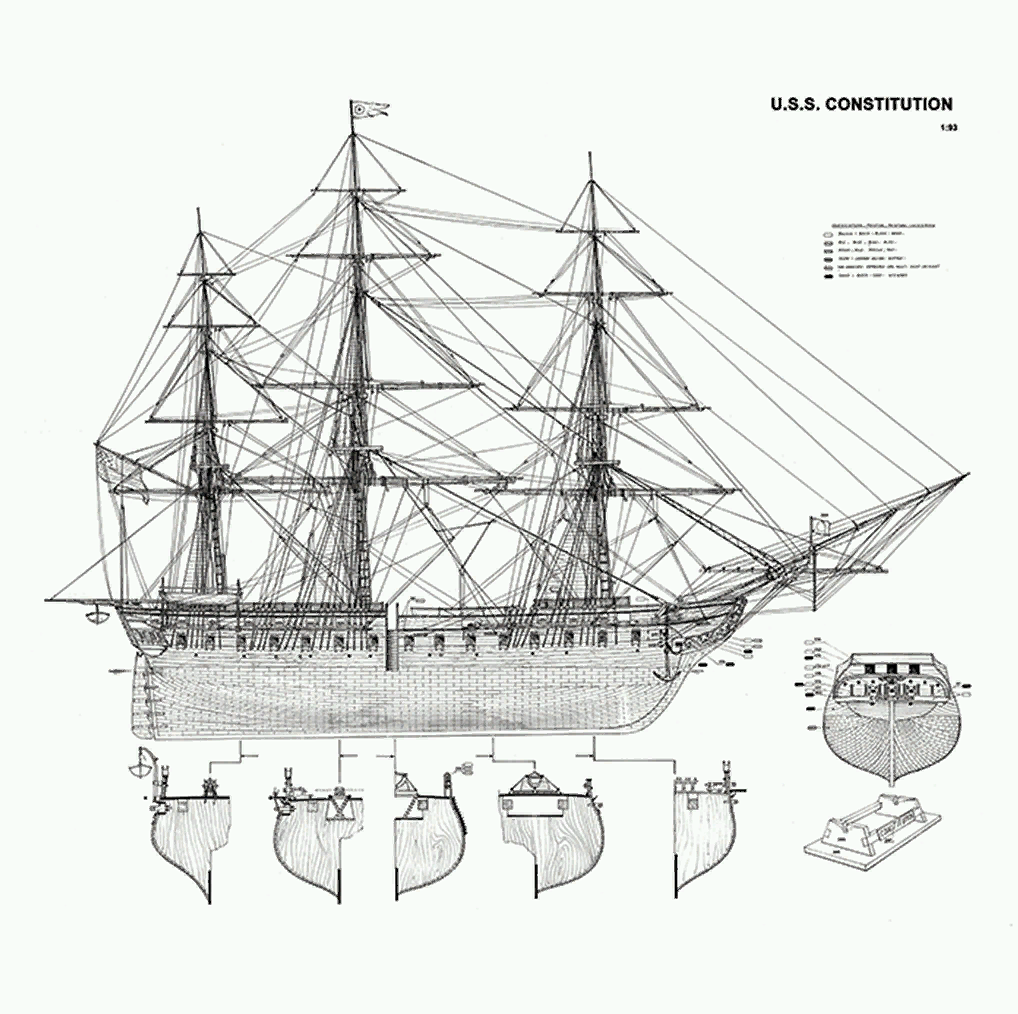 Schematics of the USS Constitution from the game files 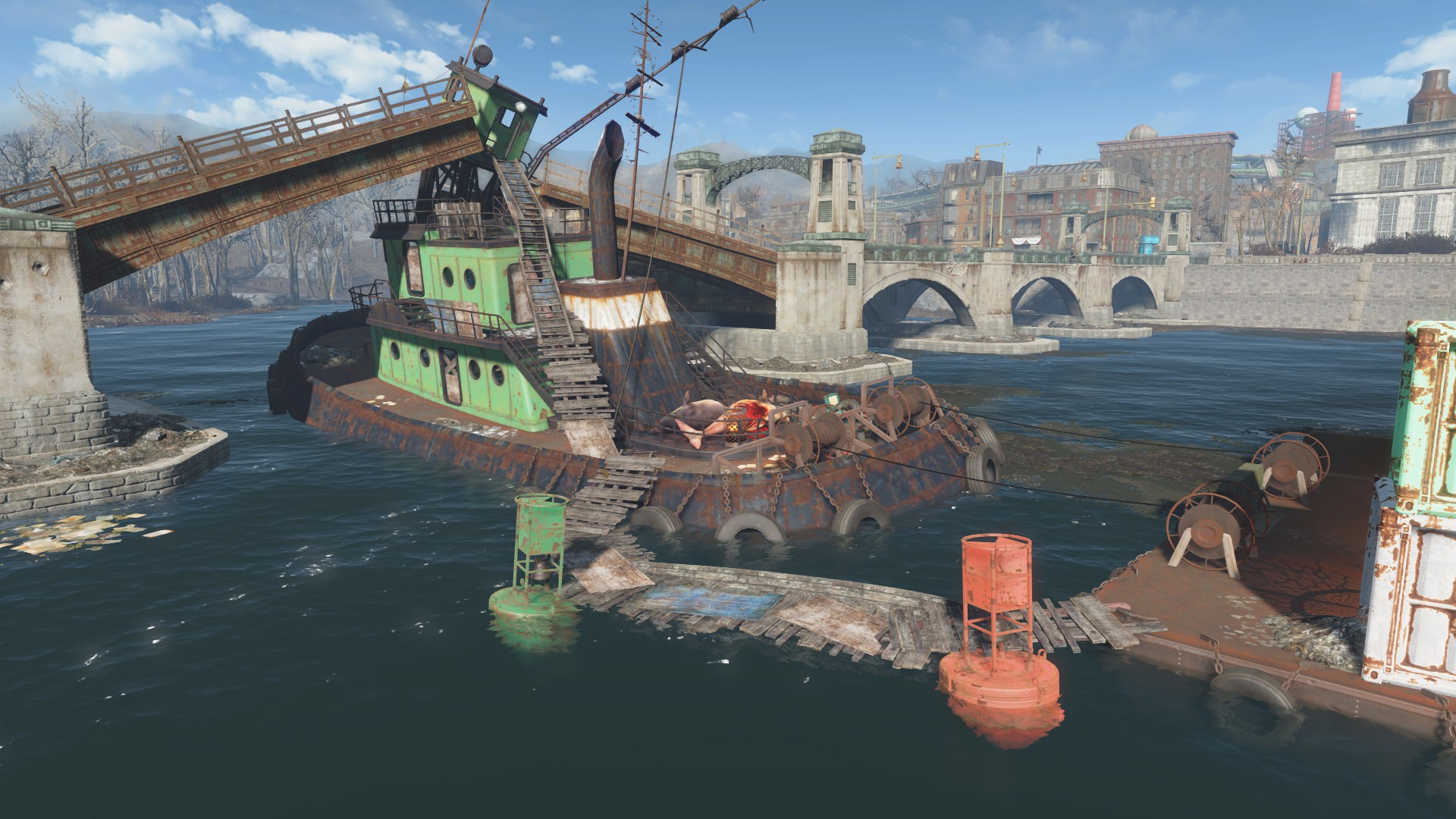 Wreck of the USS Riptide 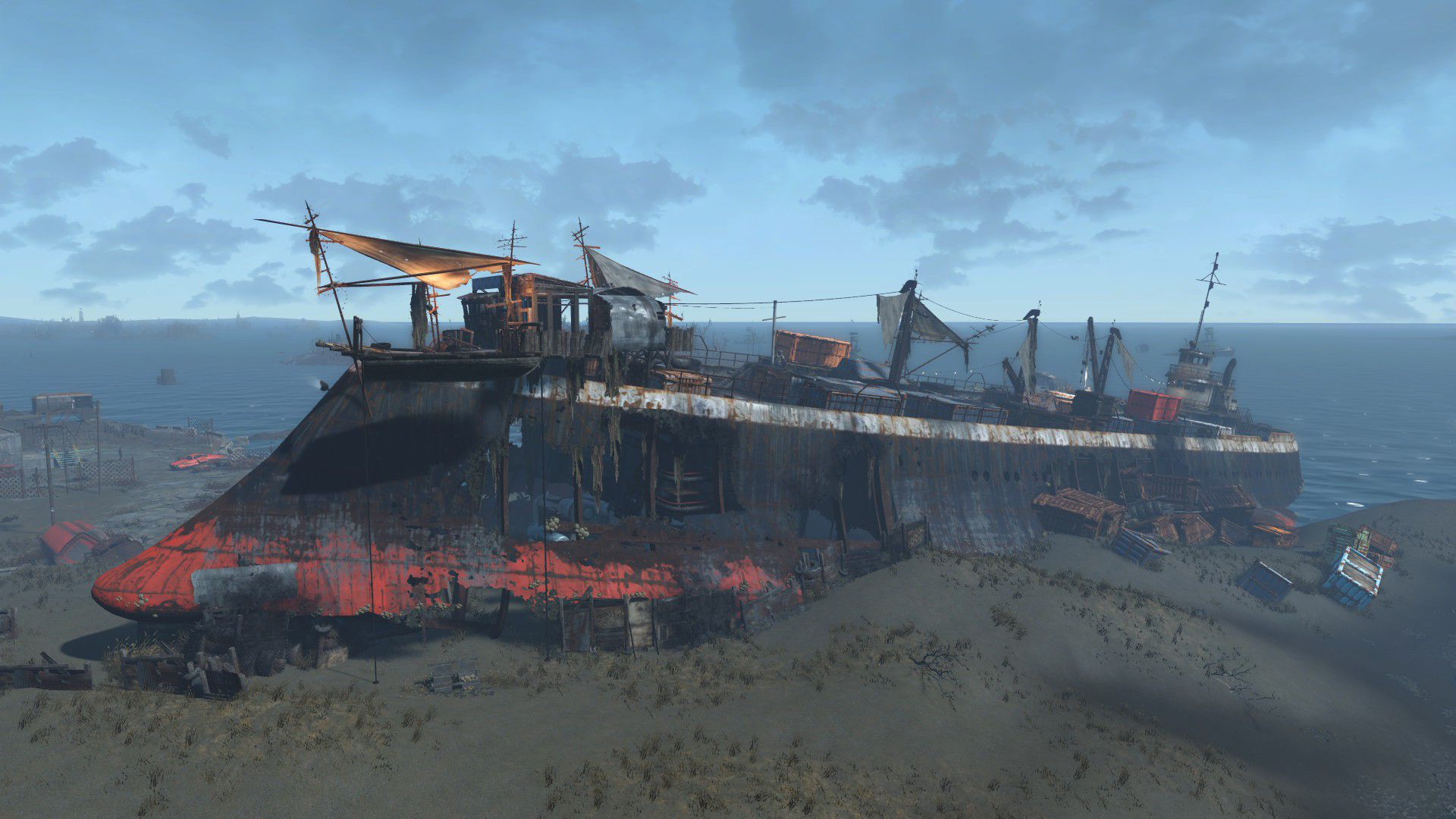