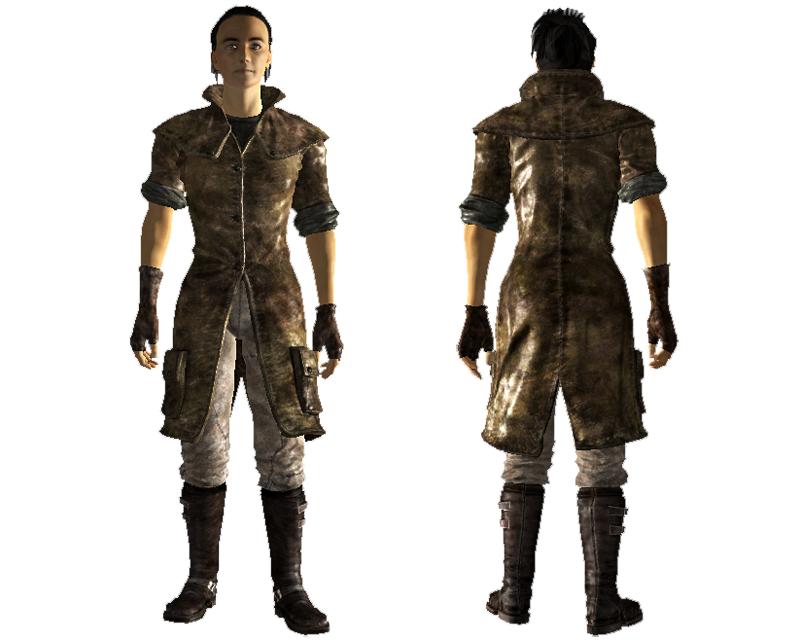 The Regulators are a group of vigilantes who wear cowboy-style hats and dusters in the fashion of pre-war gunslingers and outlaws.

Regulators wear Regulator duster and use laser weapons (laser pistols and laser rifles), although more commonly they are equipped with combat shotguns, Chinese assault rifles and combat knives. In terms of damage output, they are about equal to a Talon Company merc, although they are easier to kill because their dusters have between 2-5 DR while Talon Company mercs wear 16-26 DR armor. Regulator patrols typically operate in three-man squads when searching the Wasteland for the Lone Wanderer, if they have at least evil Karma. They are no more deadly or effective than their evil counterparts, the Talon Company mercs.

If the player character has the Lawbringer perk, a dead Regulator will be found outside of the entrance to Arlington/Wasteland Metro in Arlington Cemetery North. He will have a bounty note for Junders Plunkett. It says he was last seen in Canterbury Commons, but Plunkett is actually found in the basement of Arlington House. The player character can kill him and take his finger, and it is worth 1,000 caps back at the Regulator HQ.

Sonora's Regulators appear only in Fallout 3.