After the Great War, many cats in what used to be the United States were hunted for food because they were an easy prey.[1] Although not as common as before the Great War, domestic cats still survive as witnessed in the Commonwealth. Domestic cats are something of a luxury item; Stacy noted that her late mother kept a close guard on their cat. A woman in Broken Hills also noted feeding their cat.

Some cats were possibly thrown into FEV vats by the Master in the Mariposa Military Base and by the Vault-Tec scientists in Vault 87, together with humans, dogs and other animals. The misshapen centaurs are the result of this mix.

Cats return in Fallout 76, as either unique ones or a generated cluster of three level 1's with their name being different breeds, tabby being House cat.

Mr. Pussy, a domestic cat, died in Carbon, Texas in 2208. Ruby the prostitute wanted to find him when he got lost, and asked the Initiate to help. They discovered the cat's corpse in the Carbon Crater and brought it back to Ruby.

According to the Nursery design document, various cats were to make an appearance there. There would have been friendly domestic cats kept by humans, as well as wildcats, bobcats and panthers that were hostile to the player. 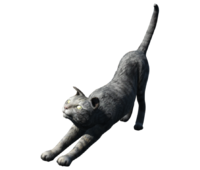 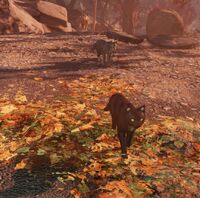 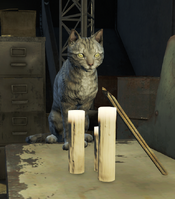 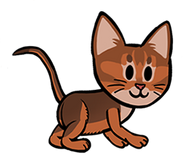 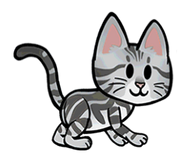 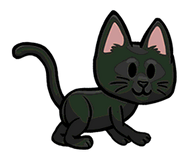 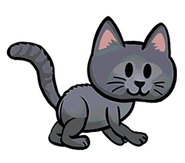 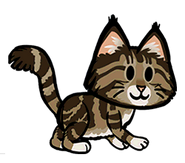 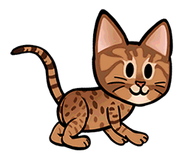 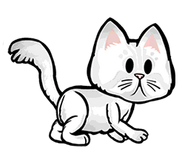 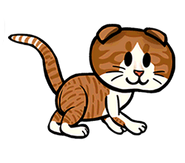 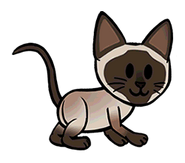 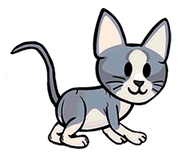