The fissure sites are locations in Appalachia in 2102.

Inactive sites have no ultracite ore, scorched or scorchbeasts and are merely curiosities in the landscape.

Active fissure sites have ultracite ore and are guarded by scorched. They spawn scorchbeasts. Falling into the bright part of an active fissure site causes immediate death. Dropped loot is not retrievable because it is in the fissure site.

Named sites (Names are available in the game editor, they are all just named "Fissure site" in the map.) These locations have map and compass markers:

Unnamed sites: These also have ultracite ore and are guarded by scorched. Scorchbeasts spawn here and are frequently seen flying over them and in their vicinity. Unlike the named sites, they do not have map or compass markers.

The names of the fissure sites do not appear in game and are only marked as "fissure site." Their names come from the game editor. 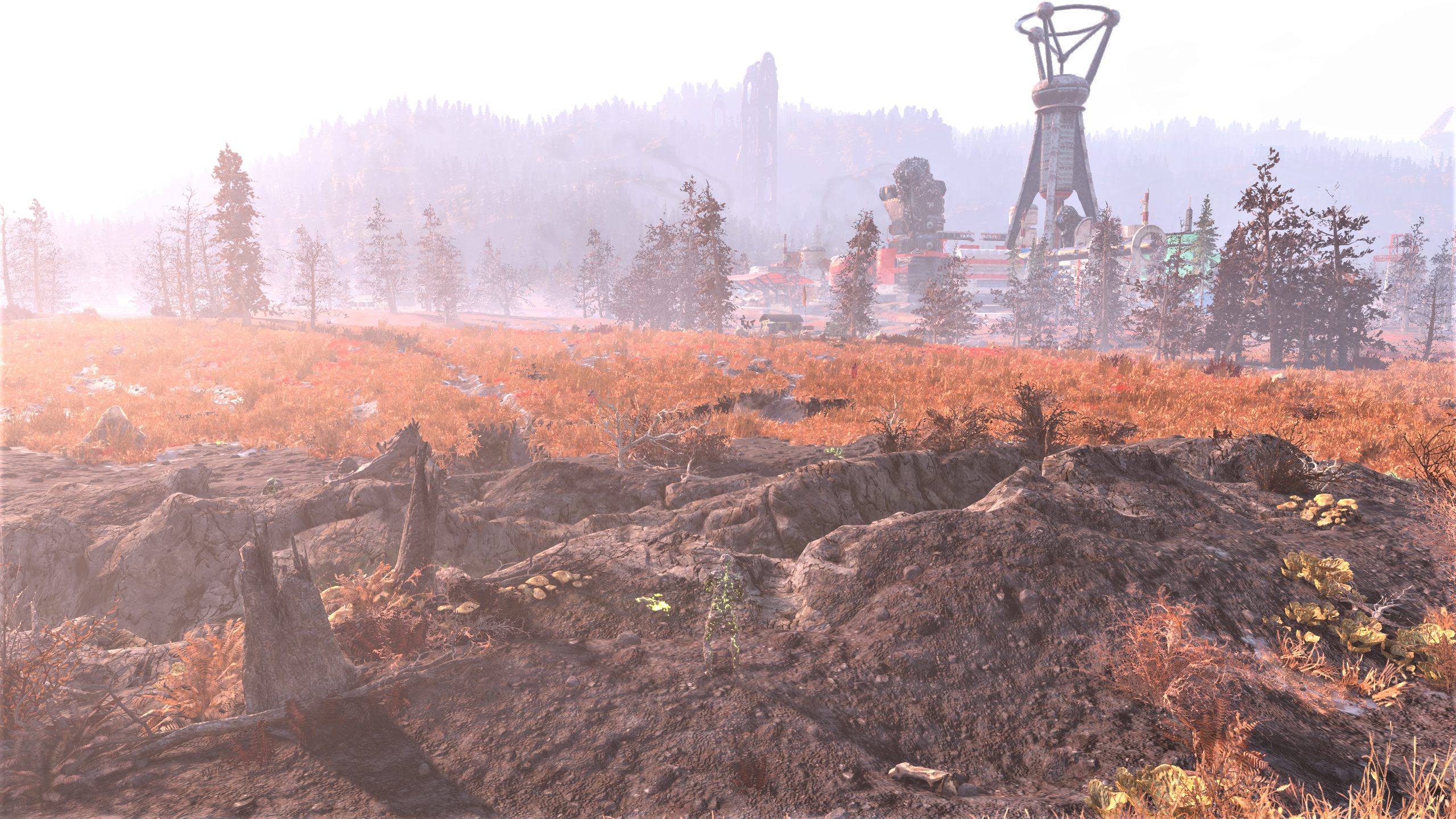 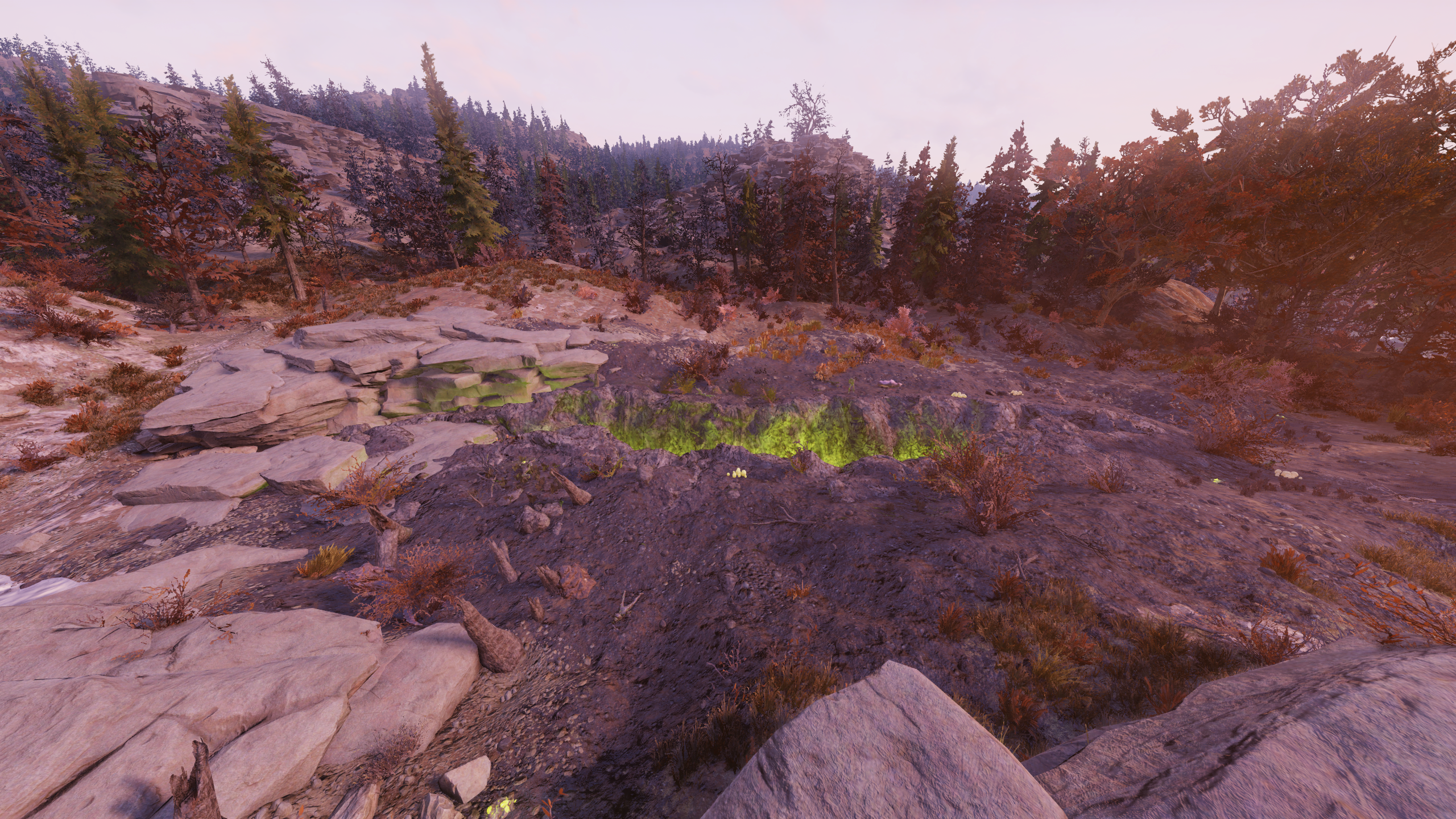 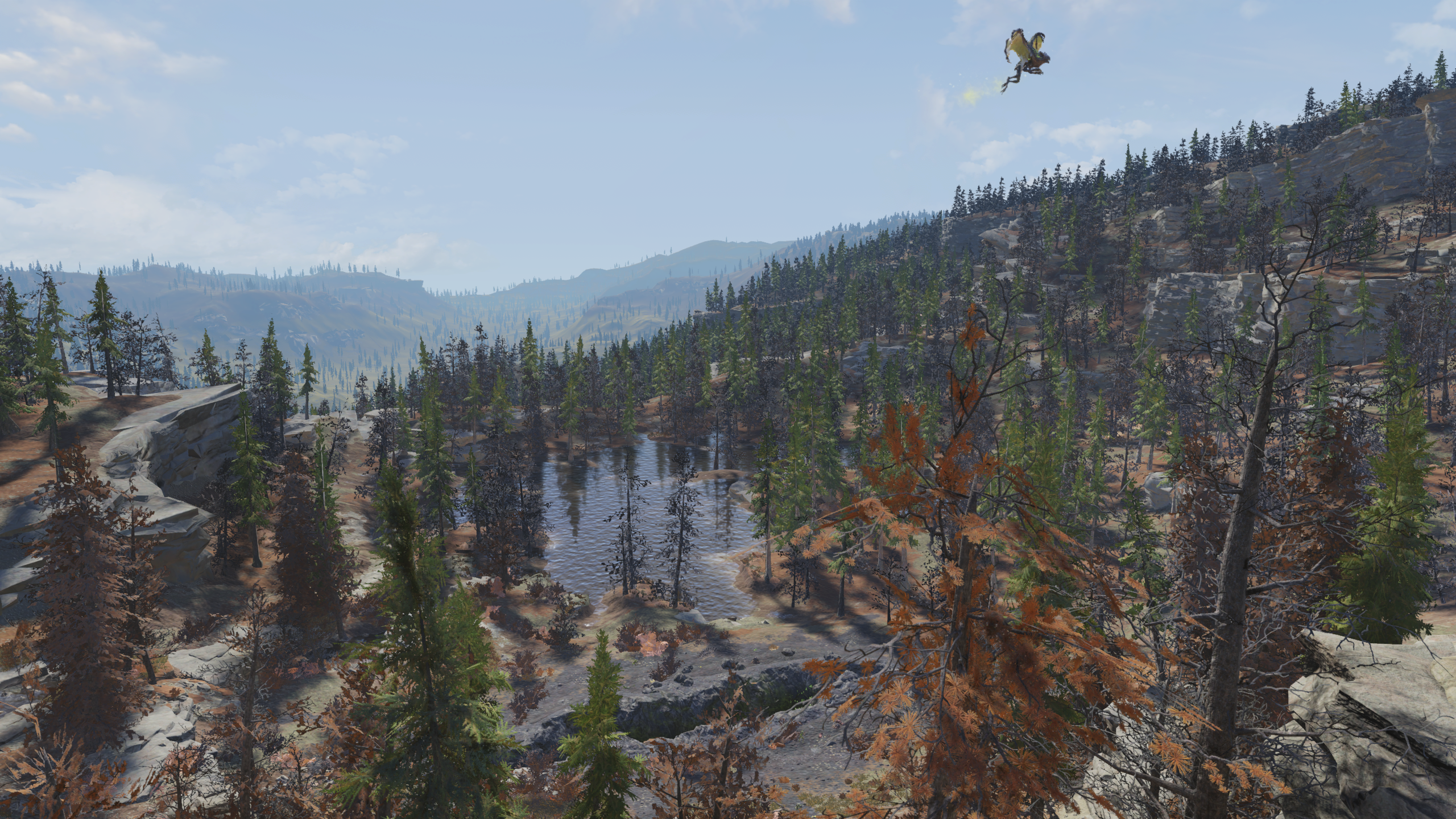 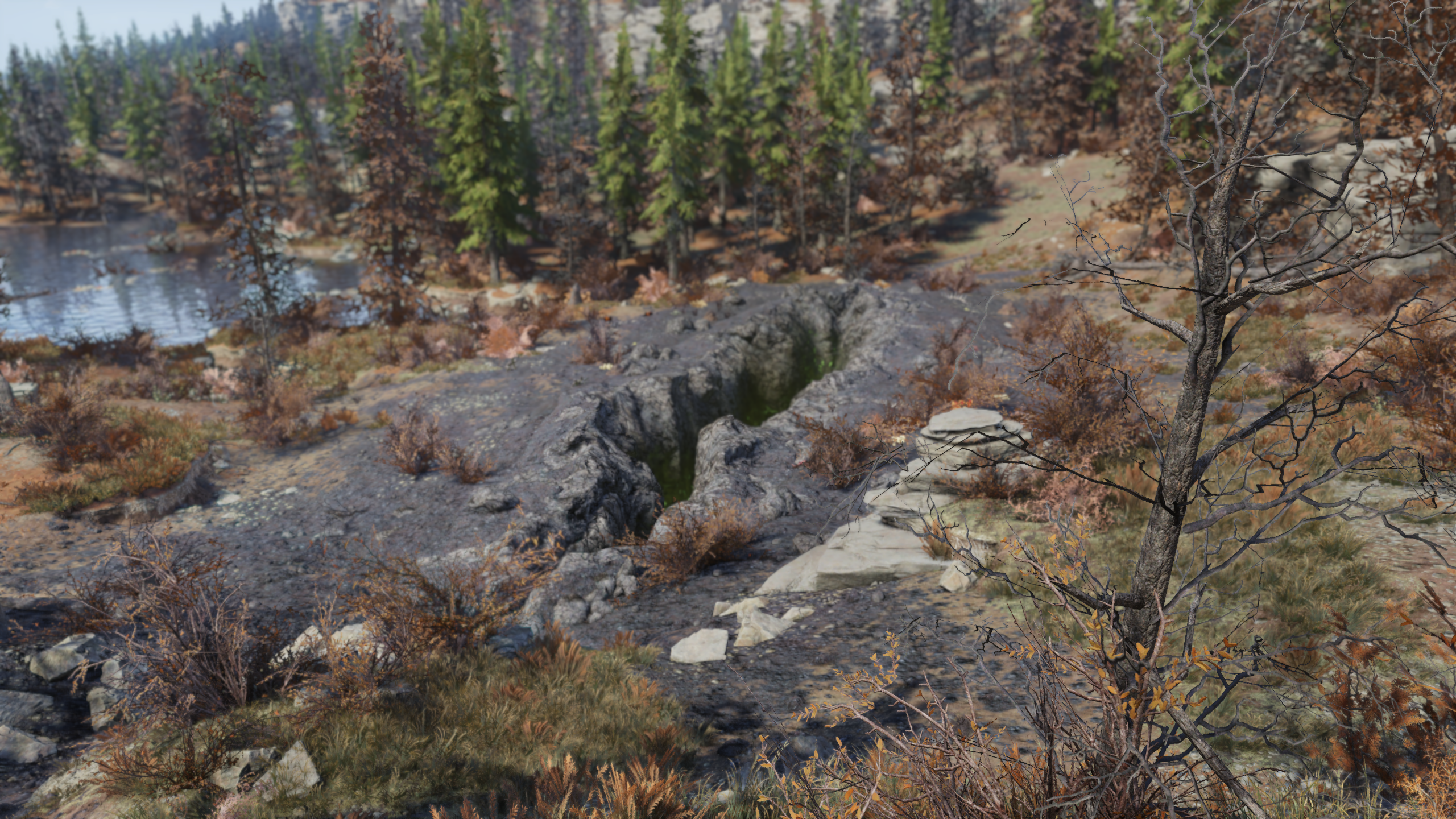 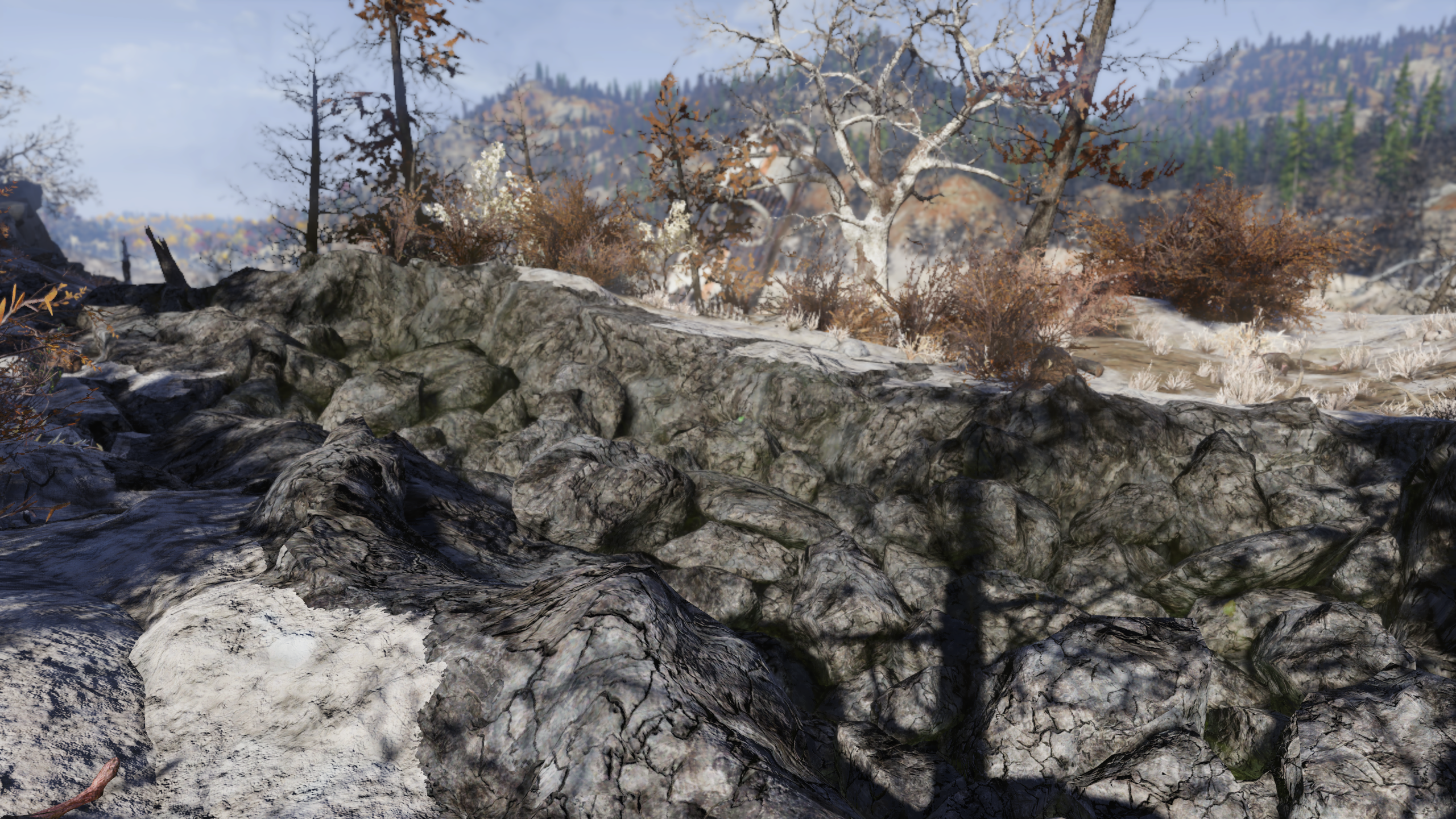 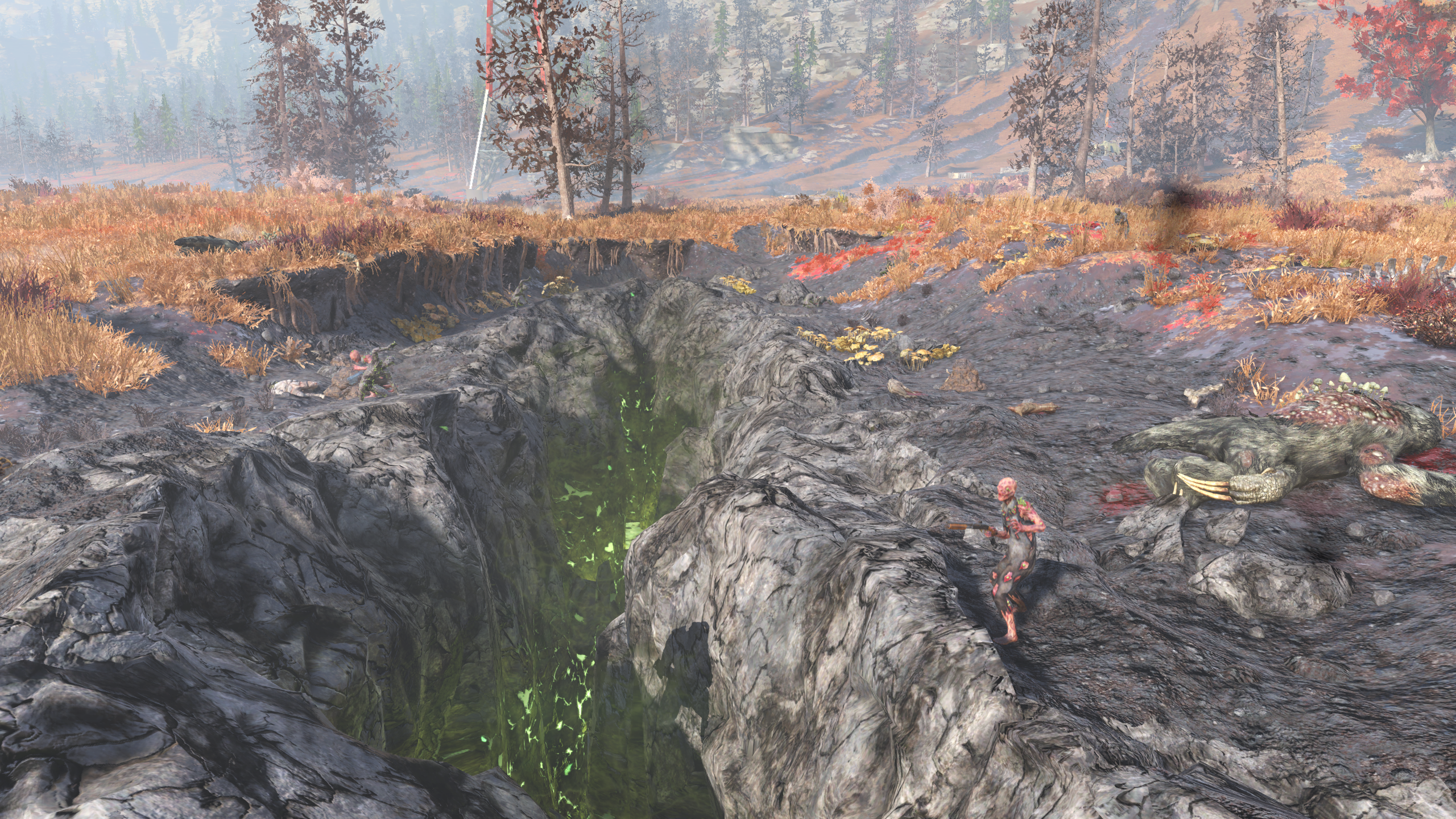 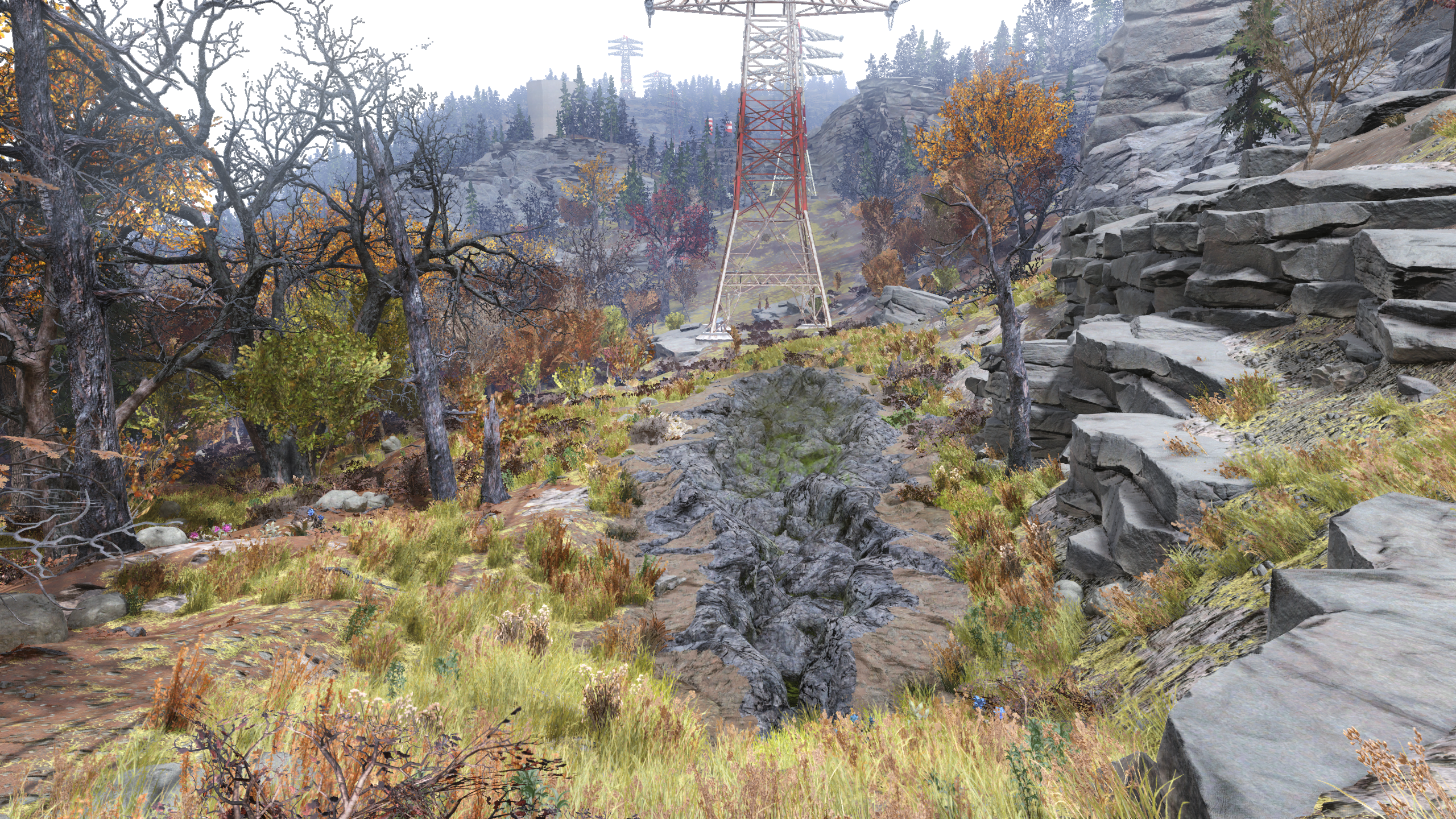 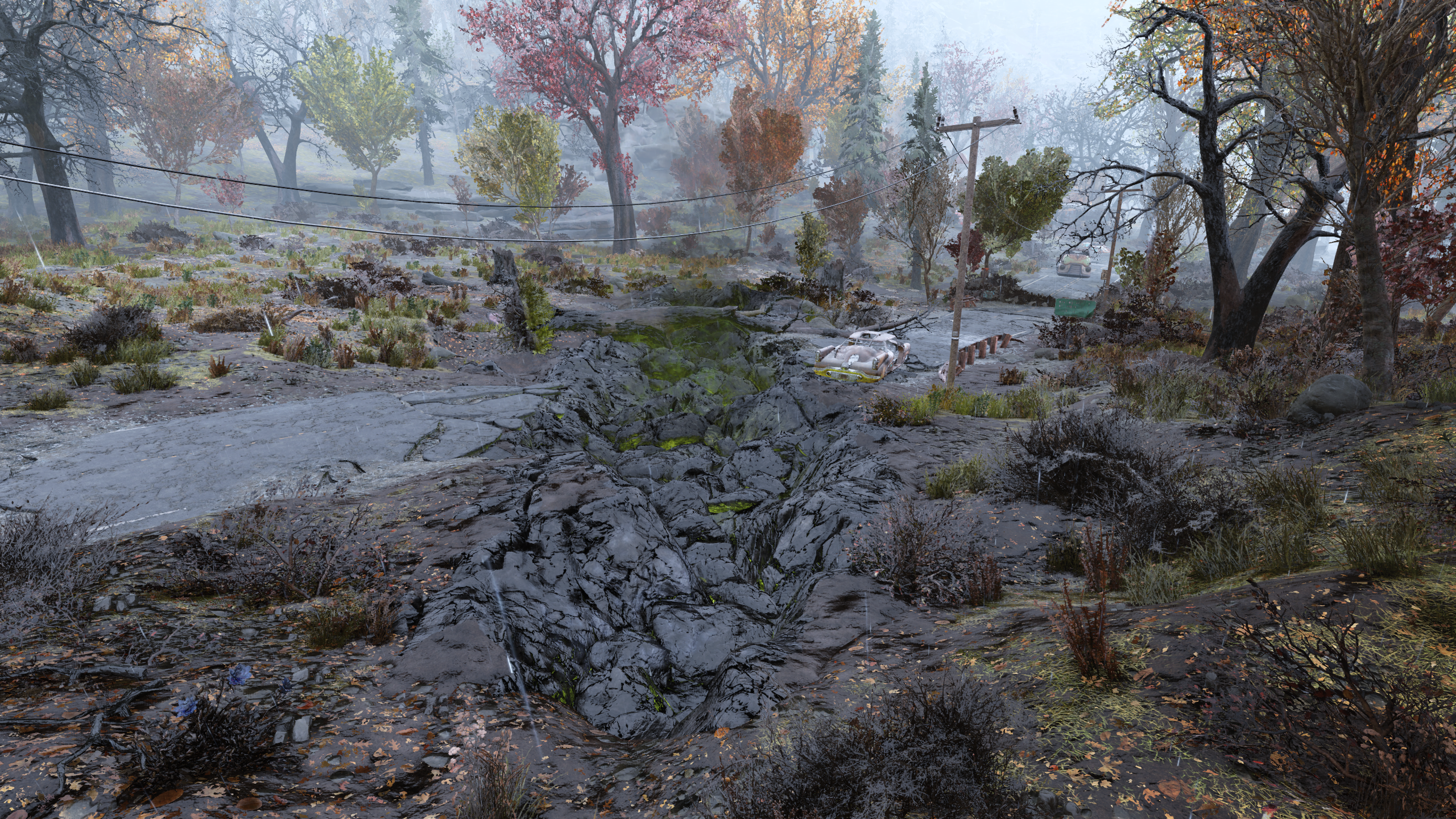 Fissure site Kappa with Clancy Manor down the road in the distance. 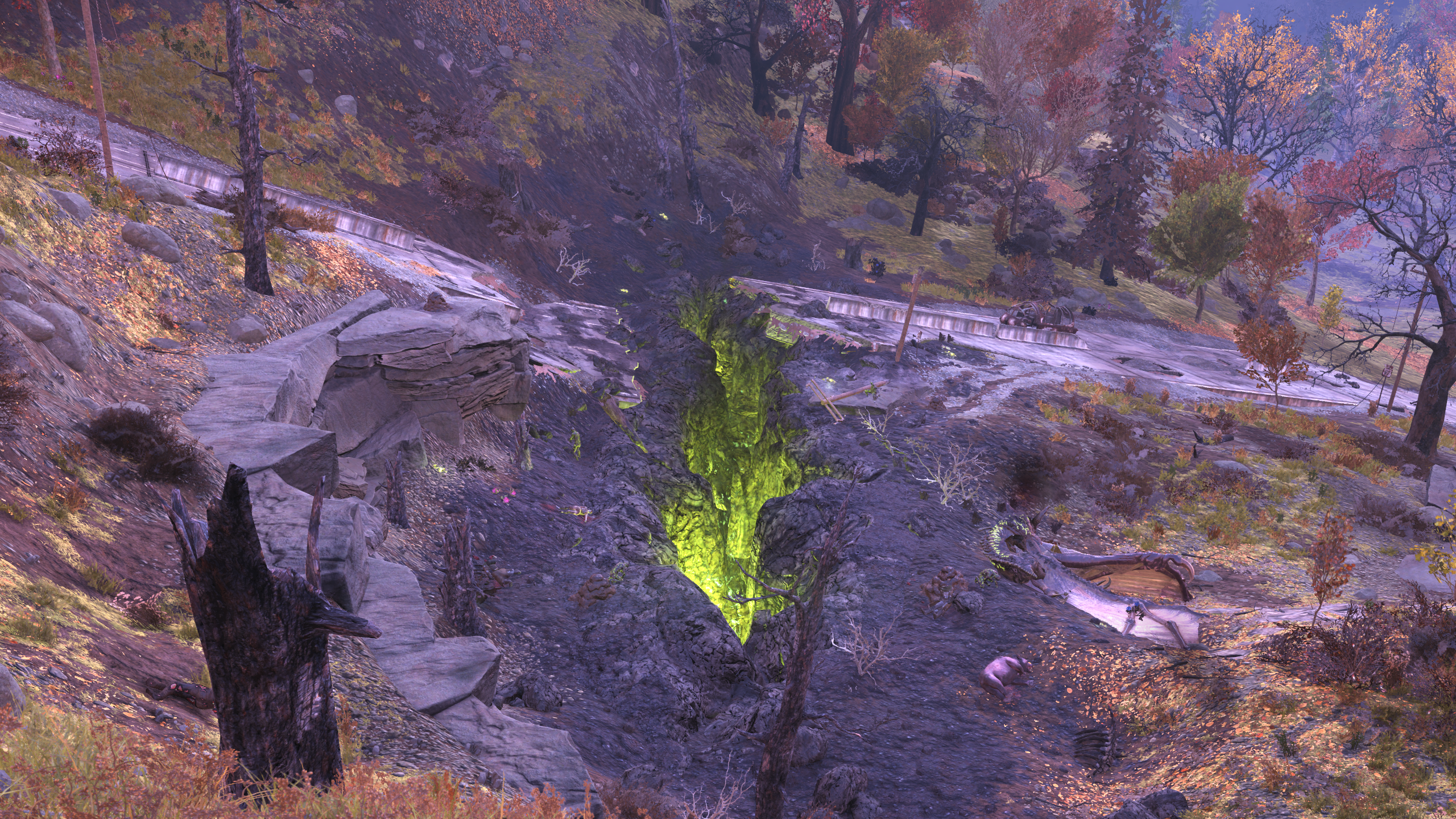 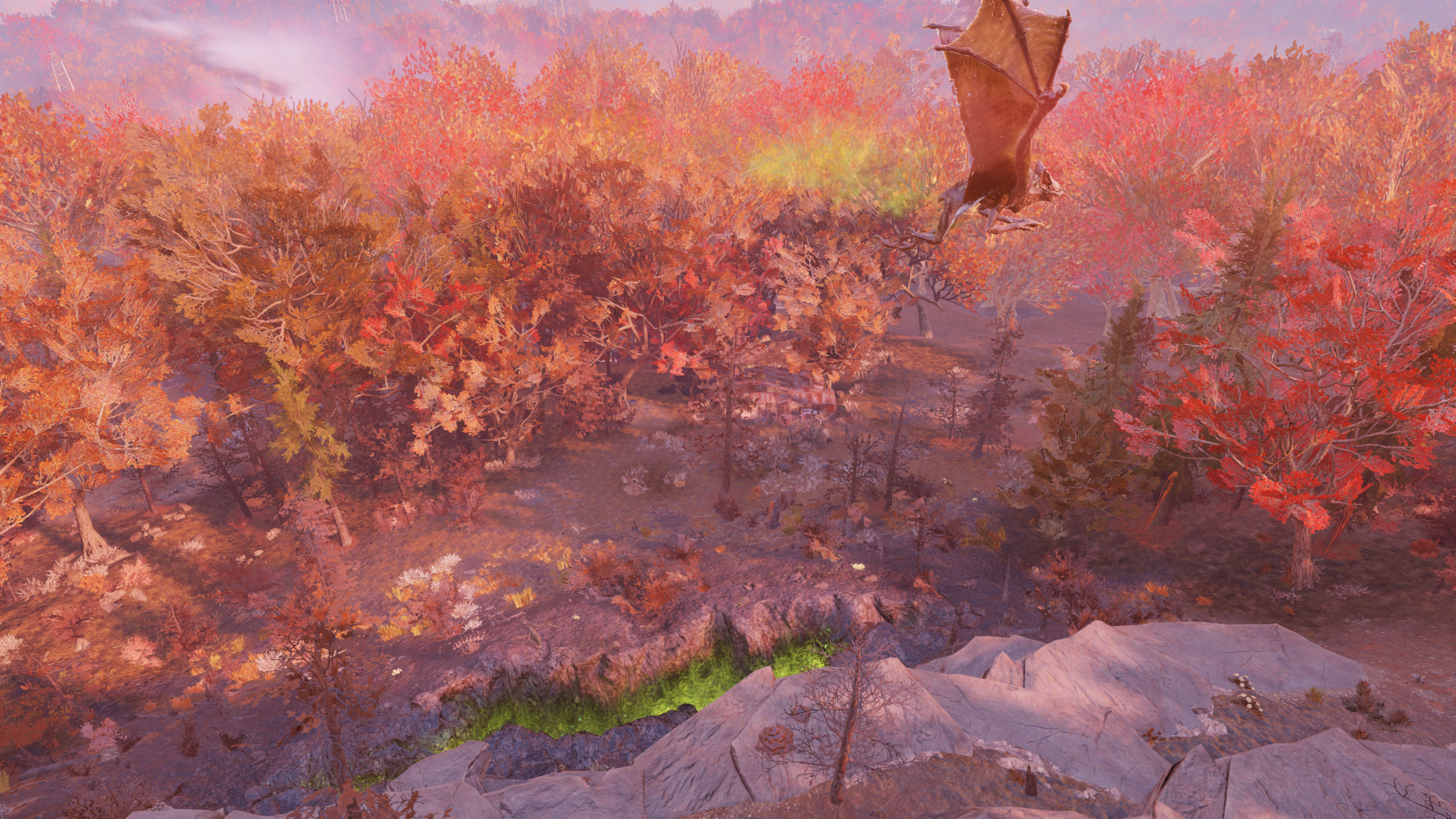 Fissure site Omicron from the cliffs above 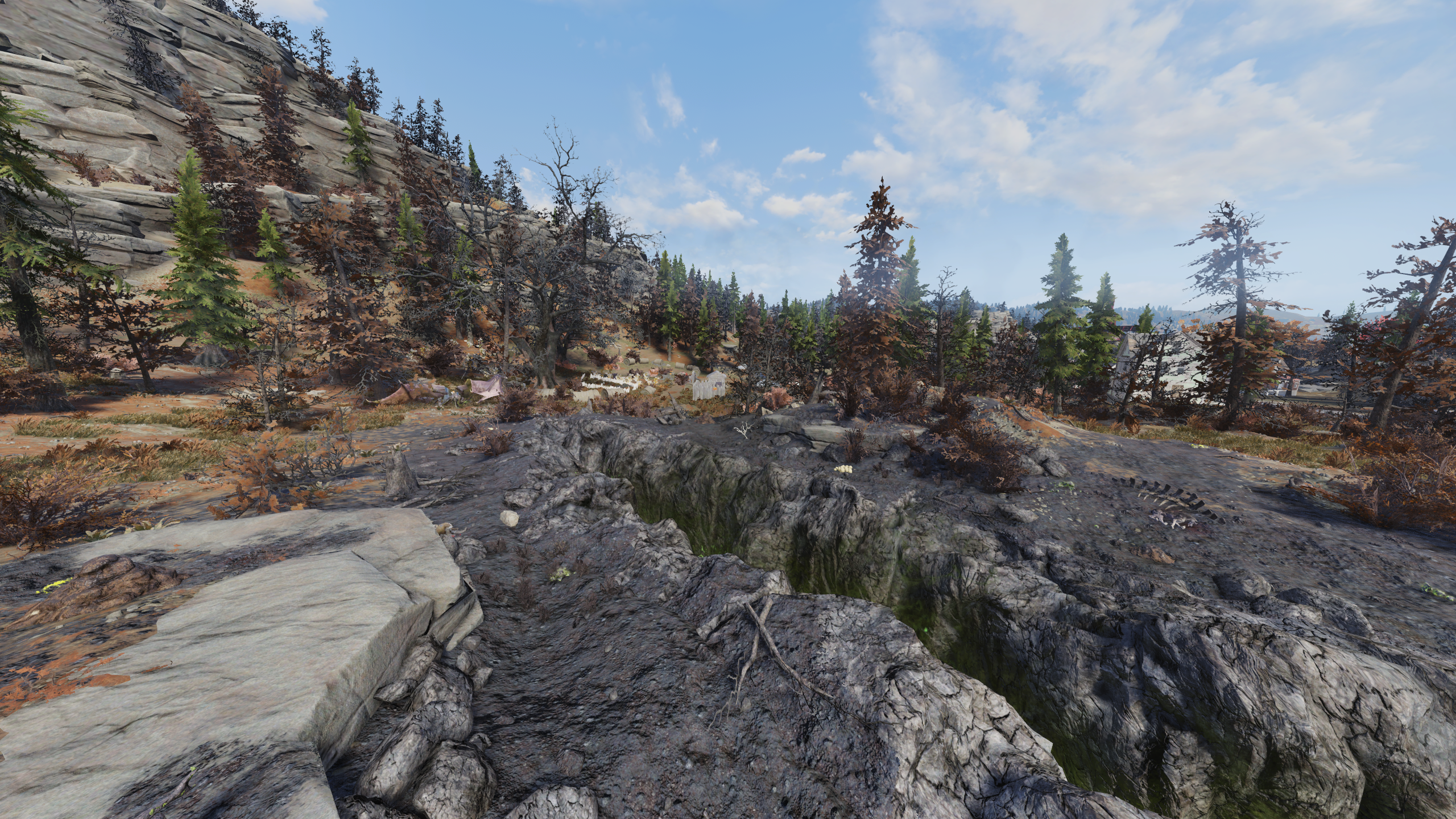 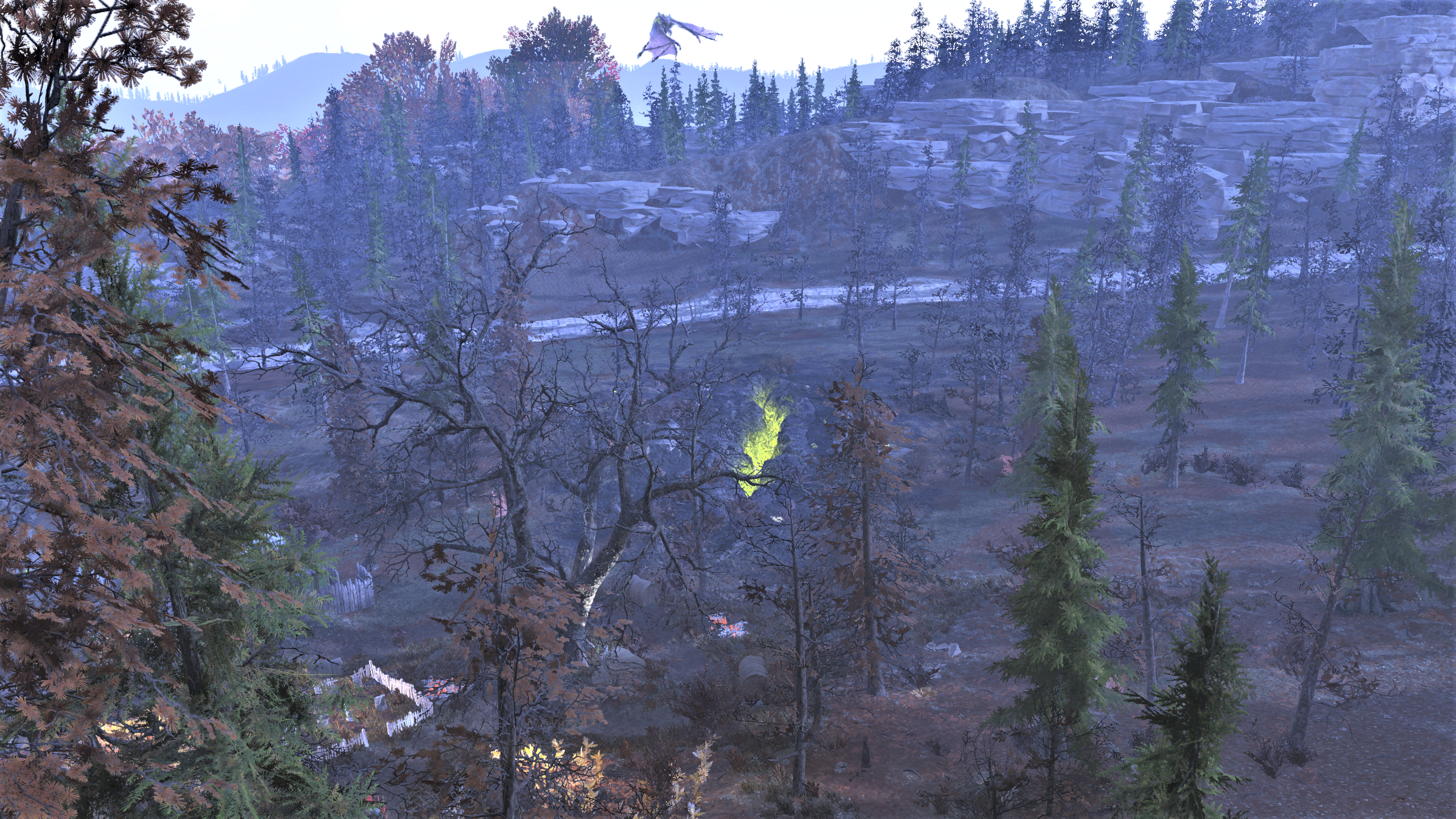 Fissure site Sigma from the cliffs above, scorchbeast flying 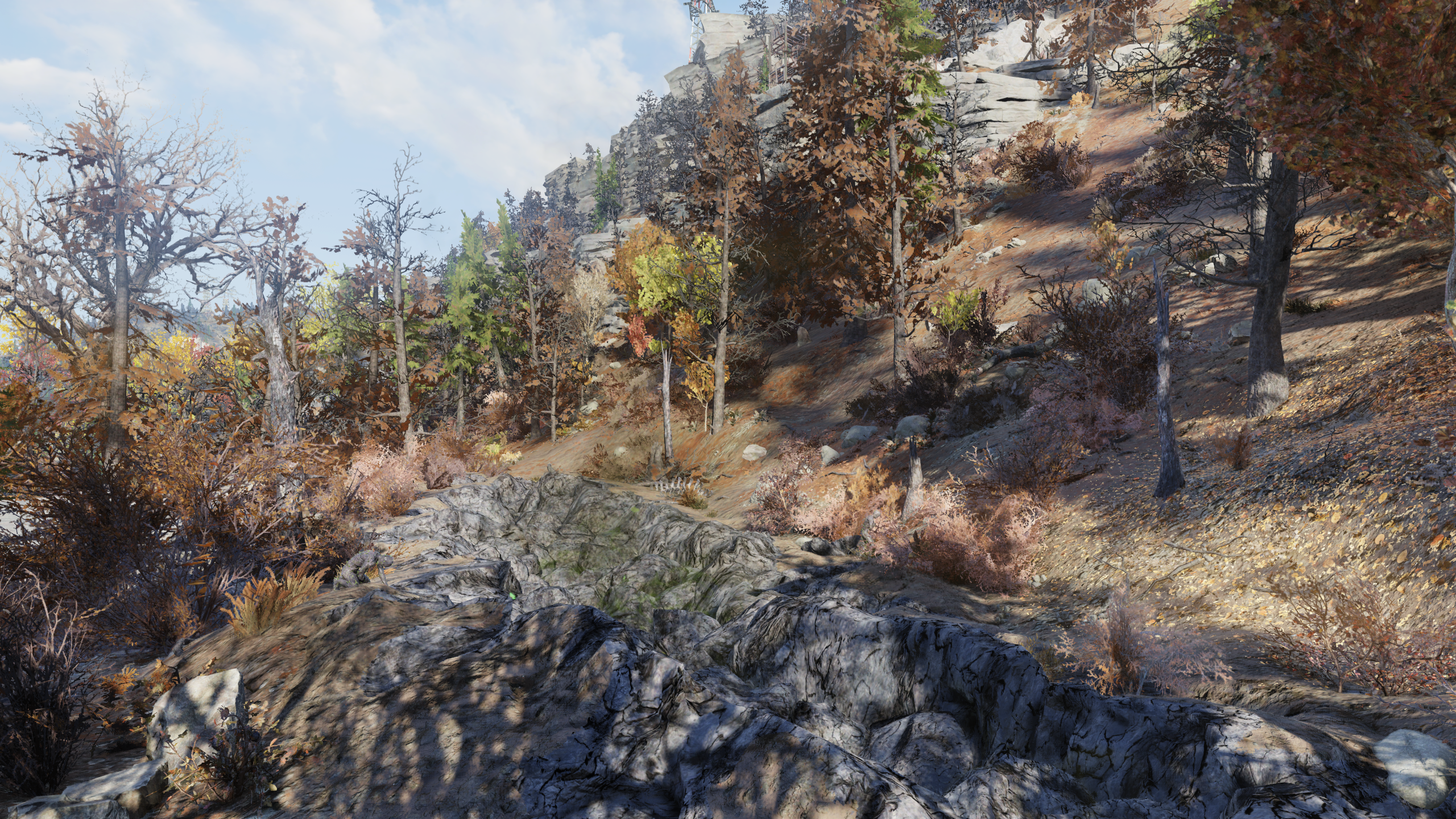 Fissure site Tau with Cliffwatch above on the cliff 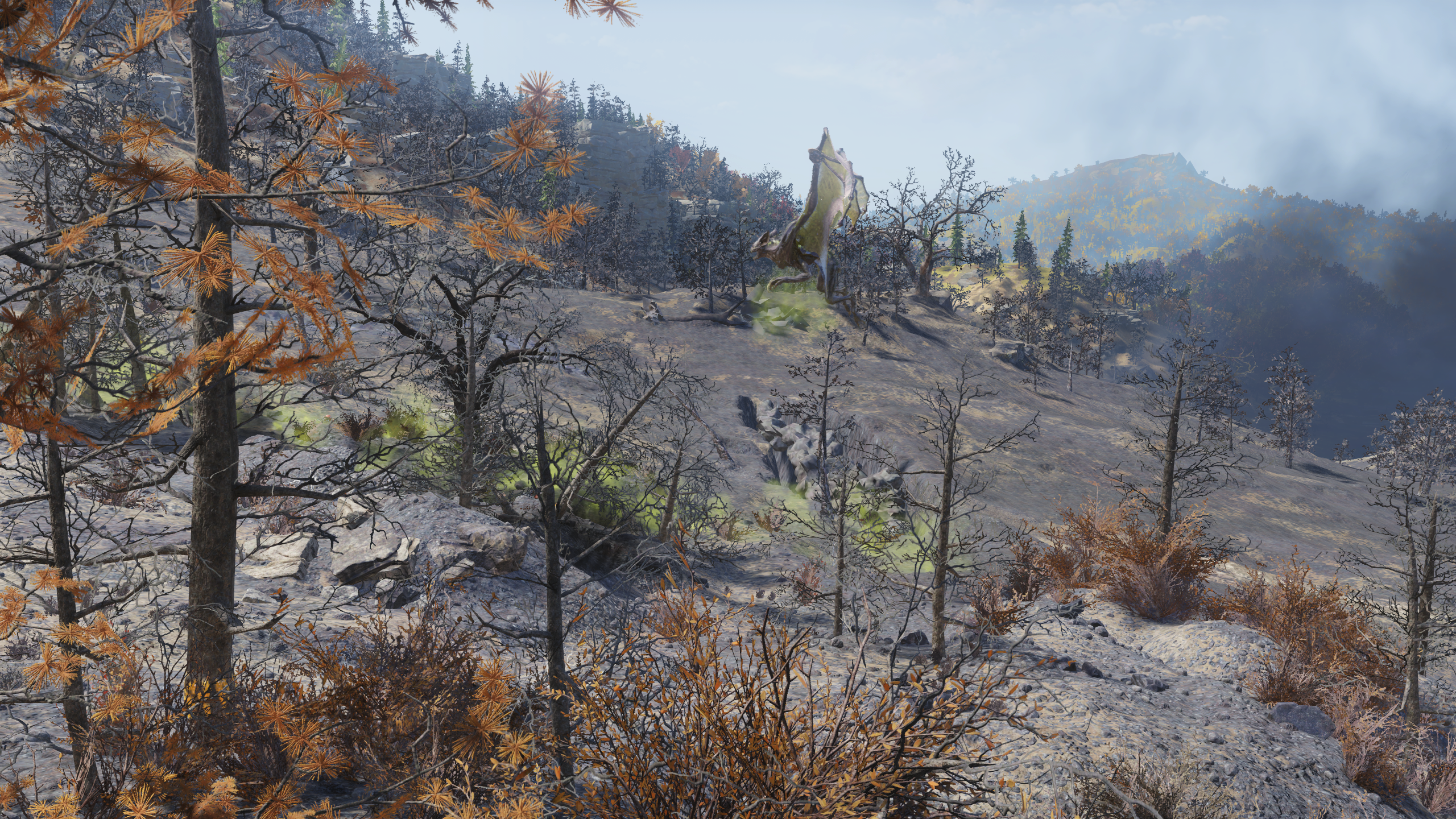 Fissure site Omega in the far south Ash Heap next to Strikers' Row. 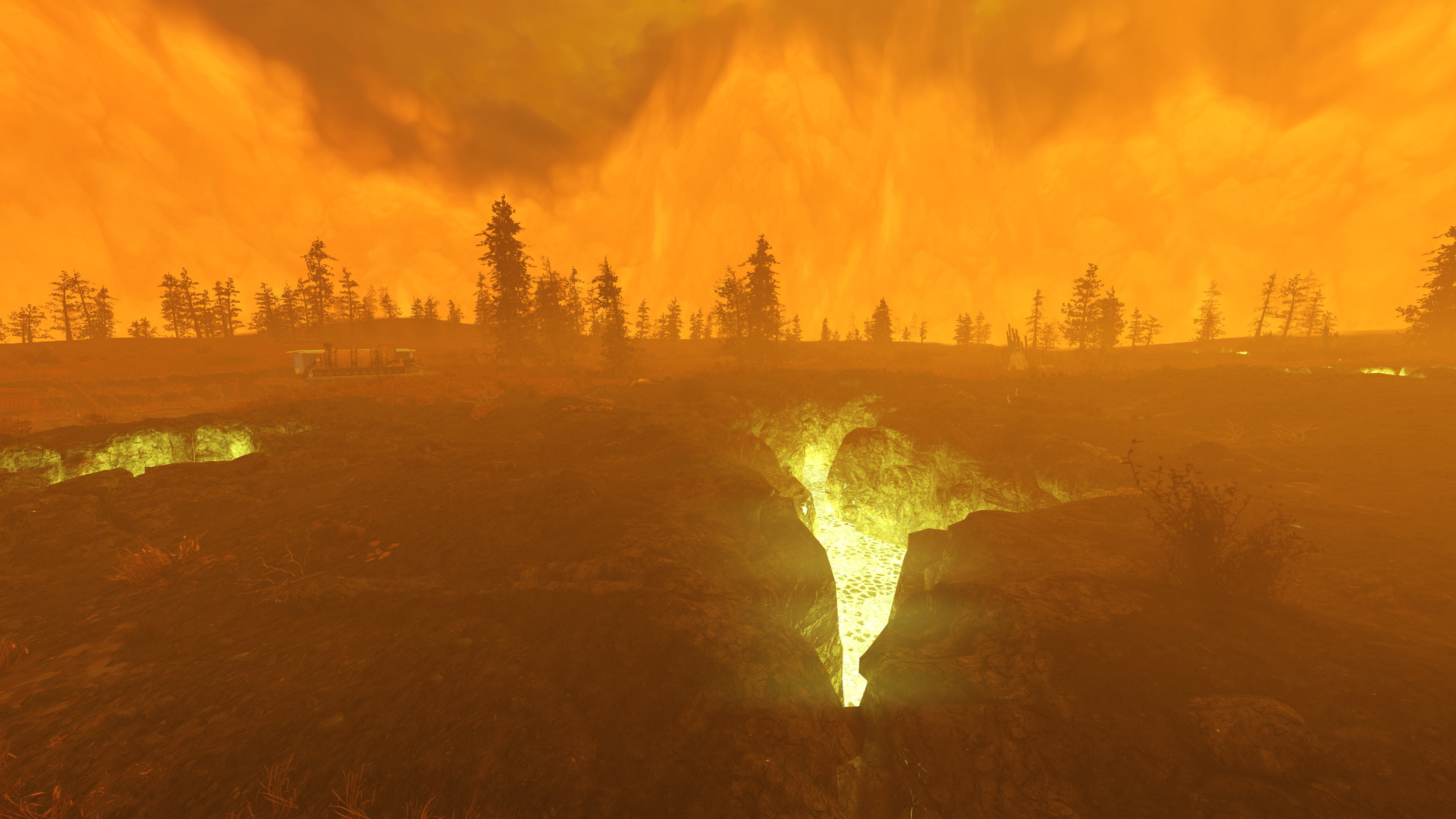 Fissure Site Prime with an unmarked fissure to the left and two more, further away, on the right. 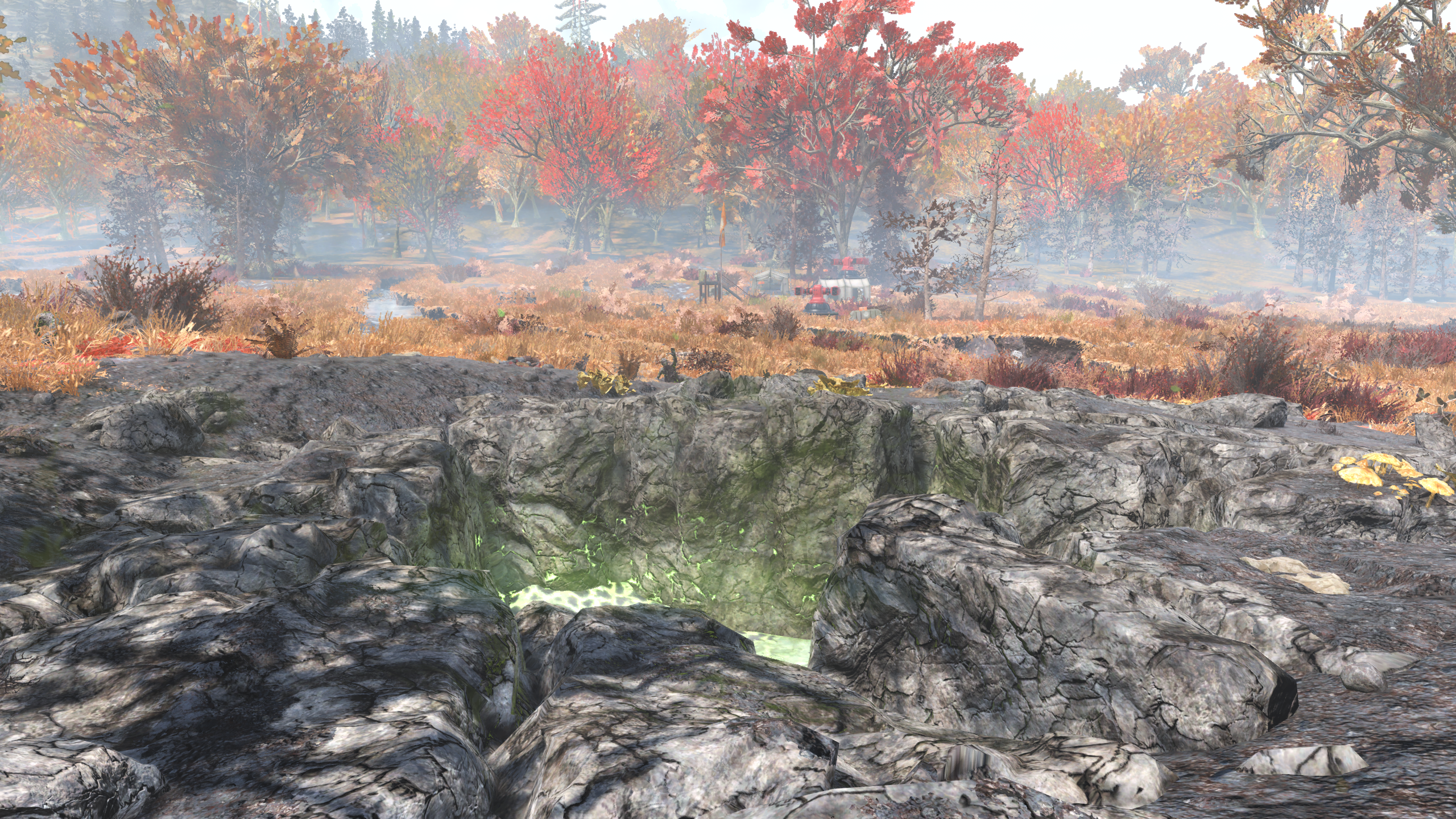 Fissure site immediately south of Firebase LT looking toward the firebase. Does not show on map or compass. 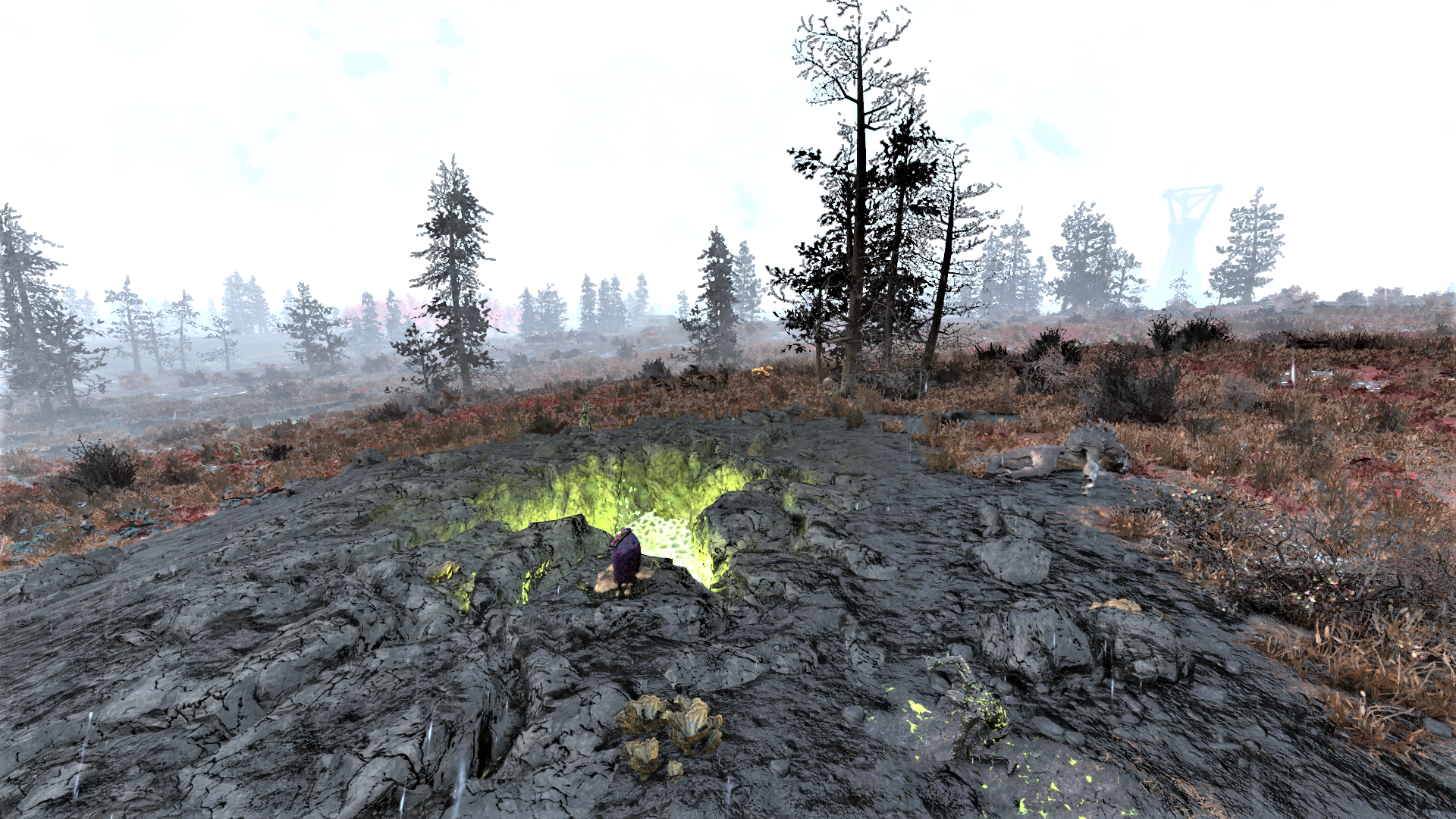 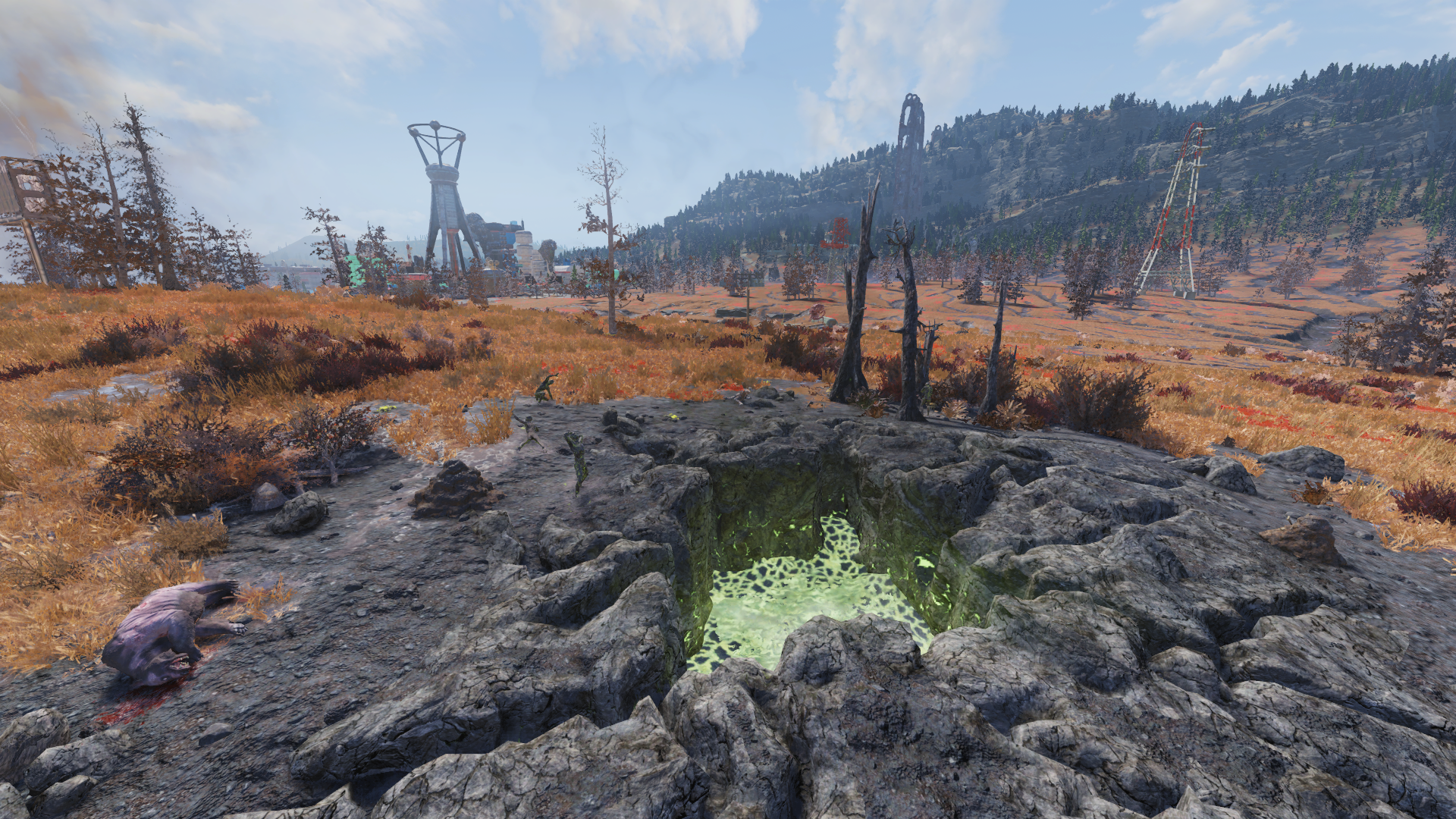 Unmarked Fissure Site NE of Quarry X3, the quarry is in the distance to the left of the dead trees. 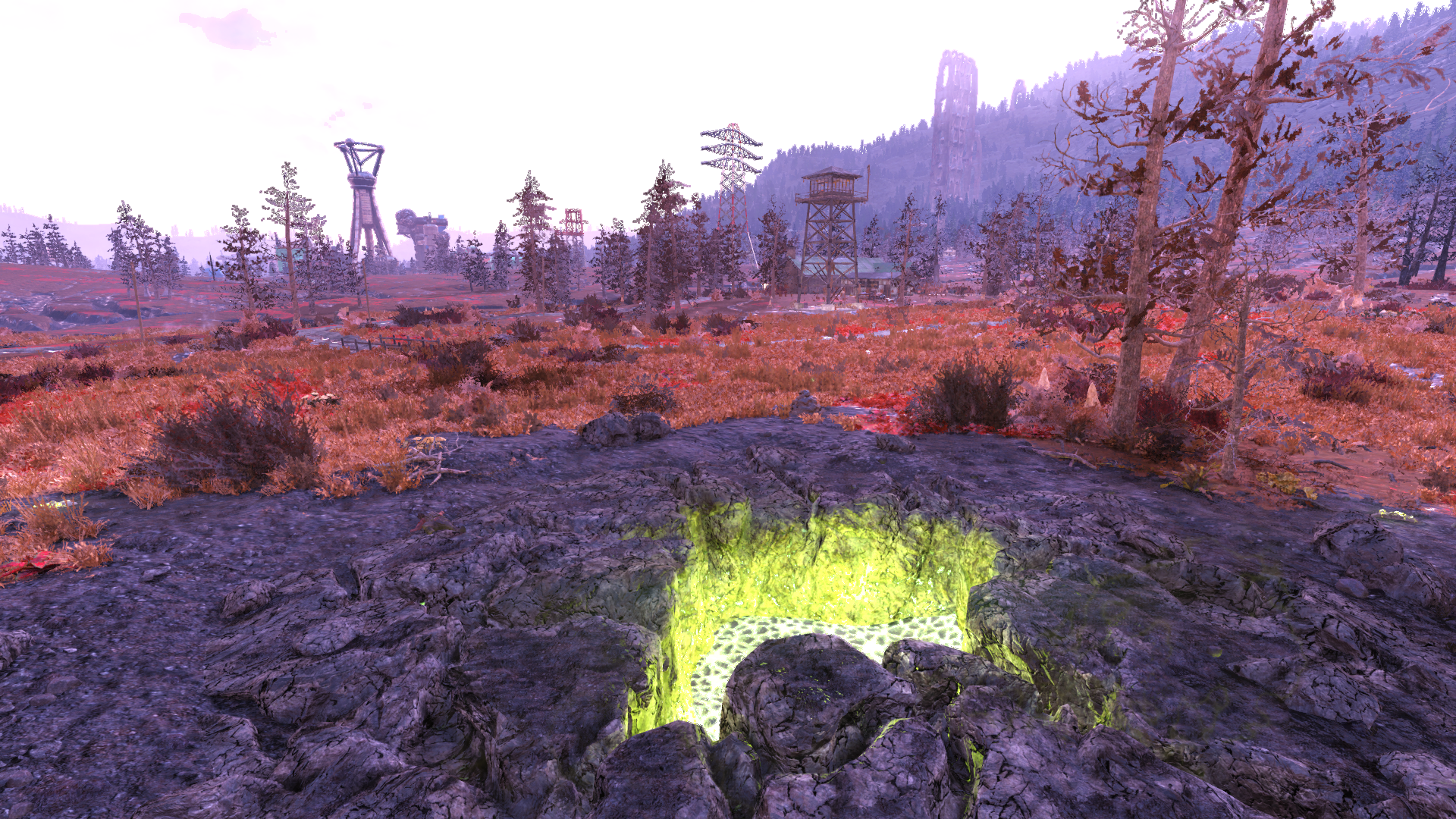 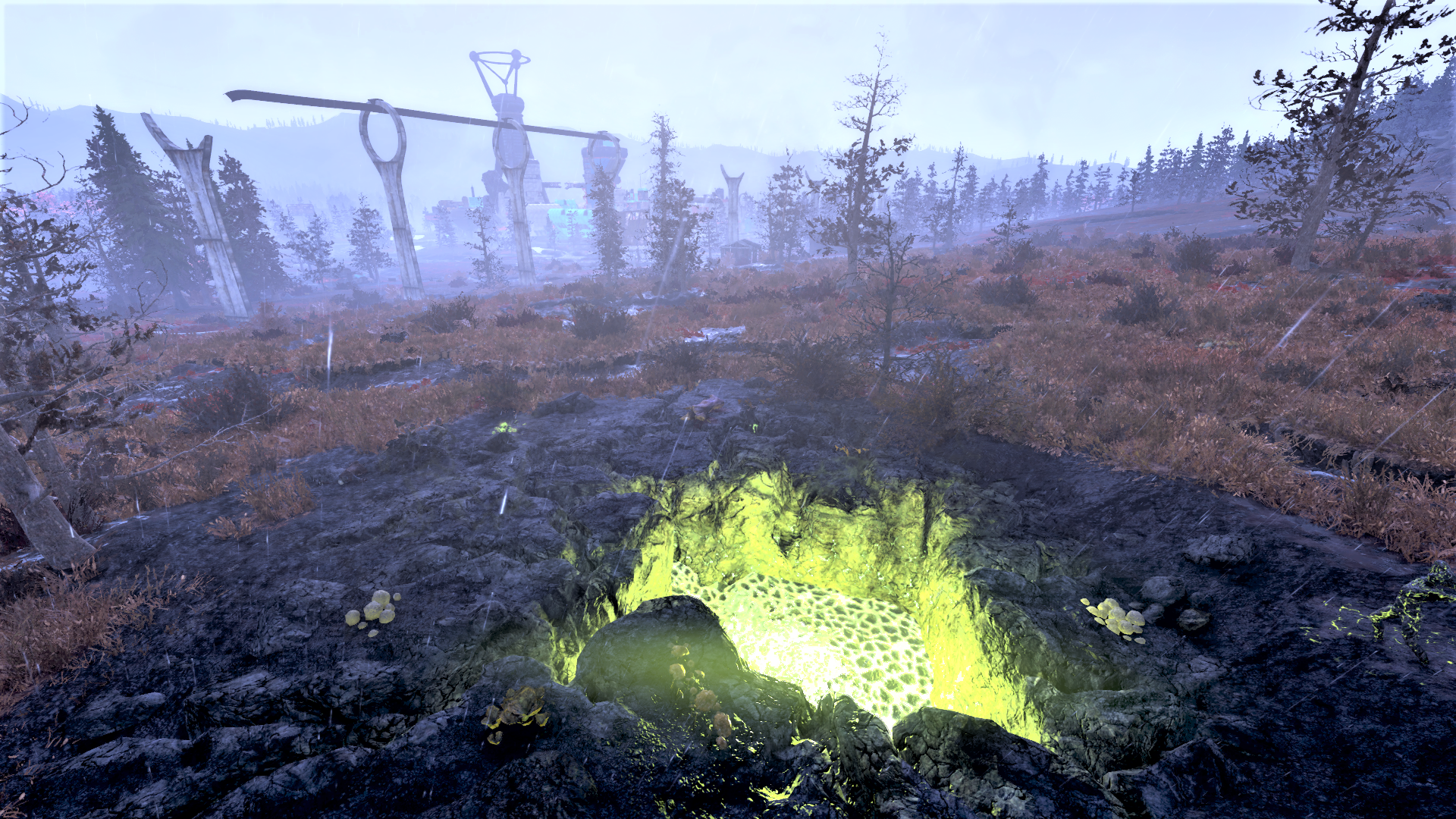 Unmarked fissure site NNW of Appalachian Antiques, the building seen in the distance. It is just south of a monorail support with a monorail car at the top.
在此图库中添加照片
取自“https://fallout.fandom.com/zh/wiki/裂隙地點?oldid=22211”
社区内容除另有注明外，均在CC-BY-SA协议下提供。