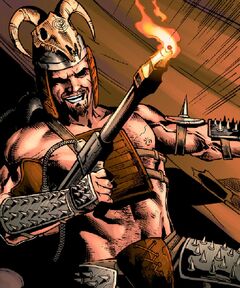 “Cazadores are extremely deadly, but they are also reclusive. Try looking near the Red Rock's canyons.”— Red Lucy

當主角從槍口下闖過鬼門關時，該地正遭受大毒蜂的肆虐。 this outcome was predicted by McMurphy in the graphic novel All Roads, as he comments that they need to bury Chance and get out of the place before the creatures show up.

曾幾何時，這裡最早是個典型的當地部落。後來，這裡遭受了魔鬼幫的襲擊與蹂躪（根據現場遇難者的遺體推測，襲擊者的首領使用噴火器）。在磕了瘋狂葯的襲擊者的踐踏下，此地生靈塗炭。While Benny wishes to avoid confrontation with the Fiends after observing an early warning sign, the Fiends are killed by the Great Khans and Benny after Chance, suffering from shellshock and drug withdrawals, charges into battle after seeing the flames and charred bodies that remind him of the Bitter Springs Massacre.

Chance, suffering from severe burns, then overdoses on Psycho after Benny recounts the story of the Singer to him and leaves the drug by his side.