Summersville Docks is a location in the Forest region of Appalachia in 2102. It is a marina on the shores of the former Summersville Lake.

Located outside of Charleston and near Wade Airport, Summersville Docks was a favorite among local fishermen and boaters and even visiting tourists as anyone could drive up, refuel if needed, and launch their watercraft. Additional services were provided, such as bait and tackle shops, watercraft repair and storage. Business dramatically slowed down after the Great War and quite literally dried-up after the Christmas Flood of 2082 at the Summersville Dam. After the lake was emptied, it still managed to provide some shelter to various persons over the years.

Summersville Docks are located above the now-empty Summersville Lake along its former southwest shore. Several buildings are located on the dock surface and piers, and the space below the piers has been enclosed.

There is an uncollectable note on the bench inside the outhouse, the Grafton Dam editorial.

Summersville Docks appears only in Fallout 76. 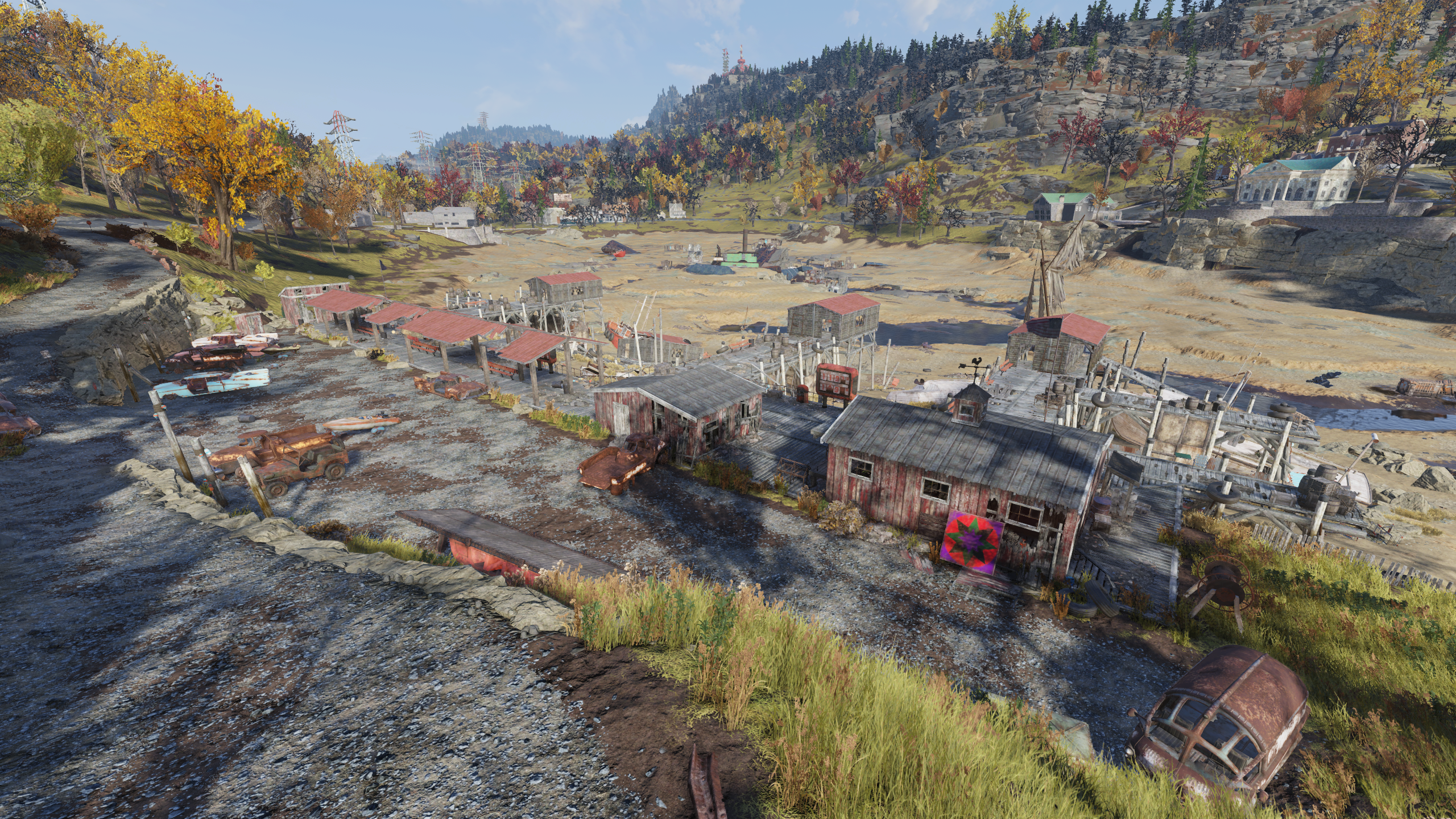