The Garrahan Mining Headquarters is a location in the Ash Heap region of Appalachia in 2102, located south of Lewisburg station.

The headquarters of the affluent Garrahan Mining Company not only emphasize the affluence of the Garrahan family, but also the mining history of Appalachia, burrowing deep underground beneath the exclusive township of Bramwell. Unlike the Hornwrights, who opted to erect the seat of their corporate power in downtown Charleston, the Garrahans stayed on the southern edge of Mount Blair, with the company headquarters lying in the shadow of their Mega Mansion.

The lobby of the headquarters is sunken beneath the surface of the ground, with glass panels letting in sunlight to illuminate the interior. The main lobby is below ground, accessible either through the doors in the atrium, which deposits the player character right in the lobby, or through the monorail tunnel, which delivers the player character down the tunnel to the station inside the headquarters, or a third option of going through the parking lot, which leads to the break room and security checkpoint in the research wing.

The lobby has several points of interest. On the ground floor, on the western face, is the cafeteria and the conference room. Just up the stairs is the admin department, with a locked safe (level 3) controlled by a terminal (level 2) and the Garrahan estate access key on the desk. Directly opposite the entrance to the lobby is the CEO Vivian Garrahan's office, with the somber musings on the challenge she issued to Hornwright and the dire straits the company ended up in when they failed. The office also contains a bobblehead spawn point and a steamer trunk.

On the eastern face, by the CEO's office, is the control room for Garrahan activities. Right next to it is the corridor which leads to the development laboratories, where the excavator power armor was created. The fabrication and testing room to the east contain two power armor stations, three spawns for Excavator armor components, with a magazine spawn point to cap it all off. There are also weapons, armor, and chemistry workbenches inside.

The testing, control, and assessment lab to the west contain a tinker's workbench and a power armor frame spawn point. Just next to it is the control room where the power armor was registered and a small excavated cavern where it underwent iterative development. The northern end of the corridor leads to the mezzanine and break room, which then goes to the parking lot beyond.

The Garrahan Mining Headquarters appears only in Fallout 76. 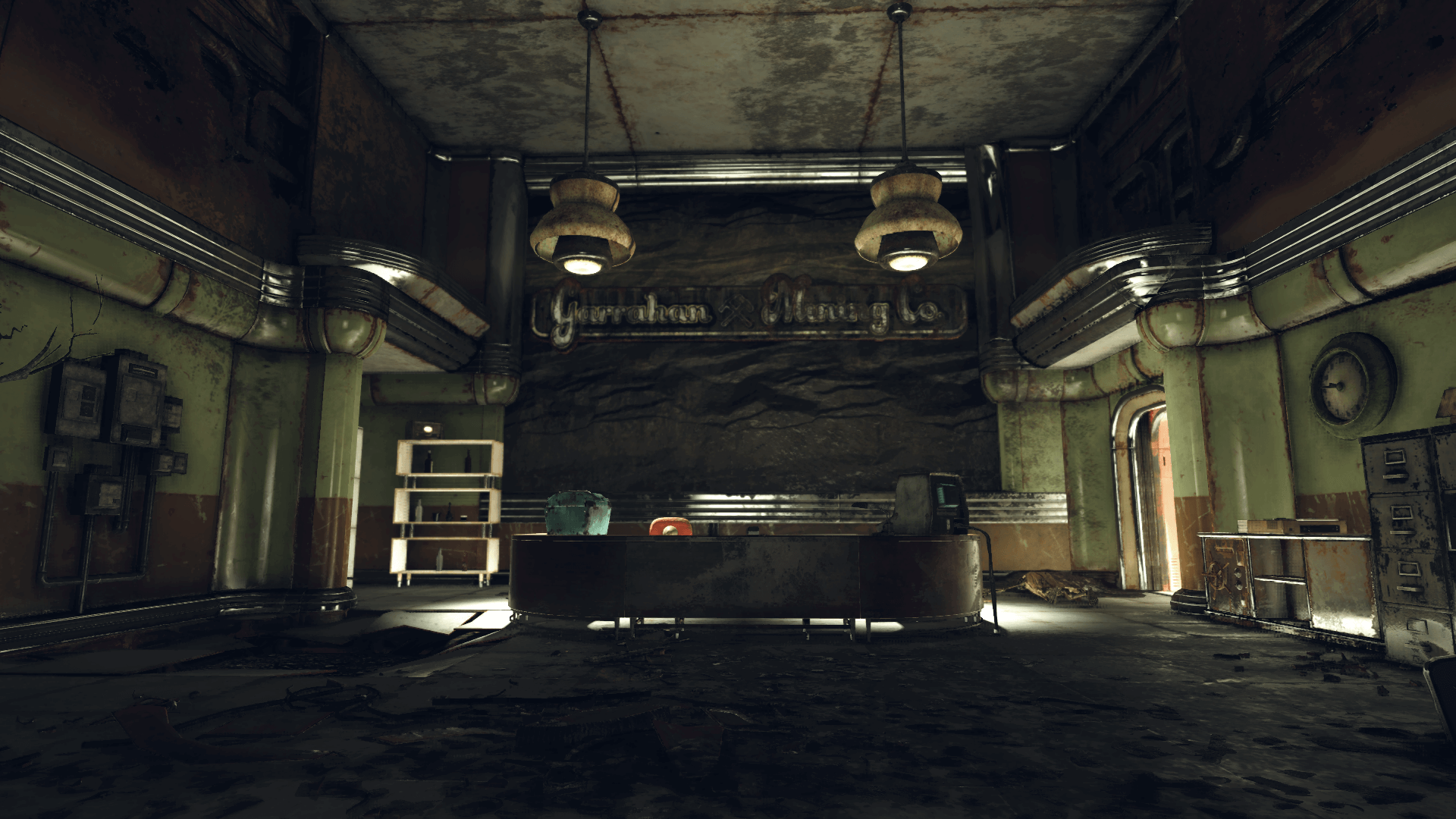 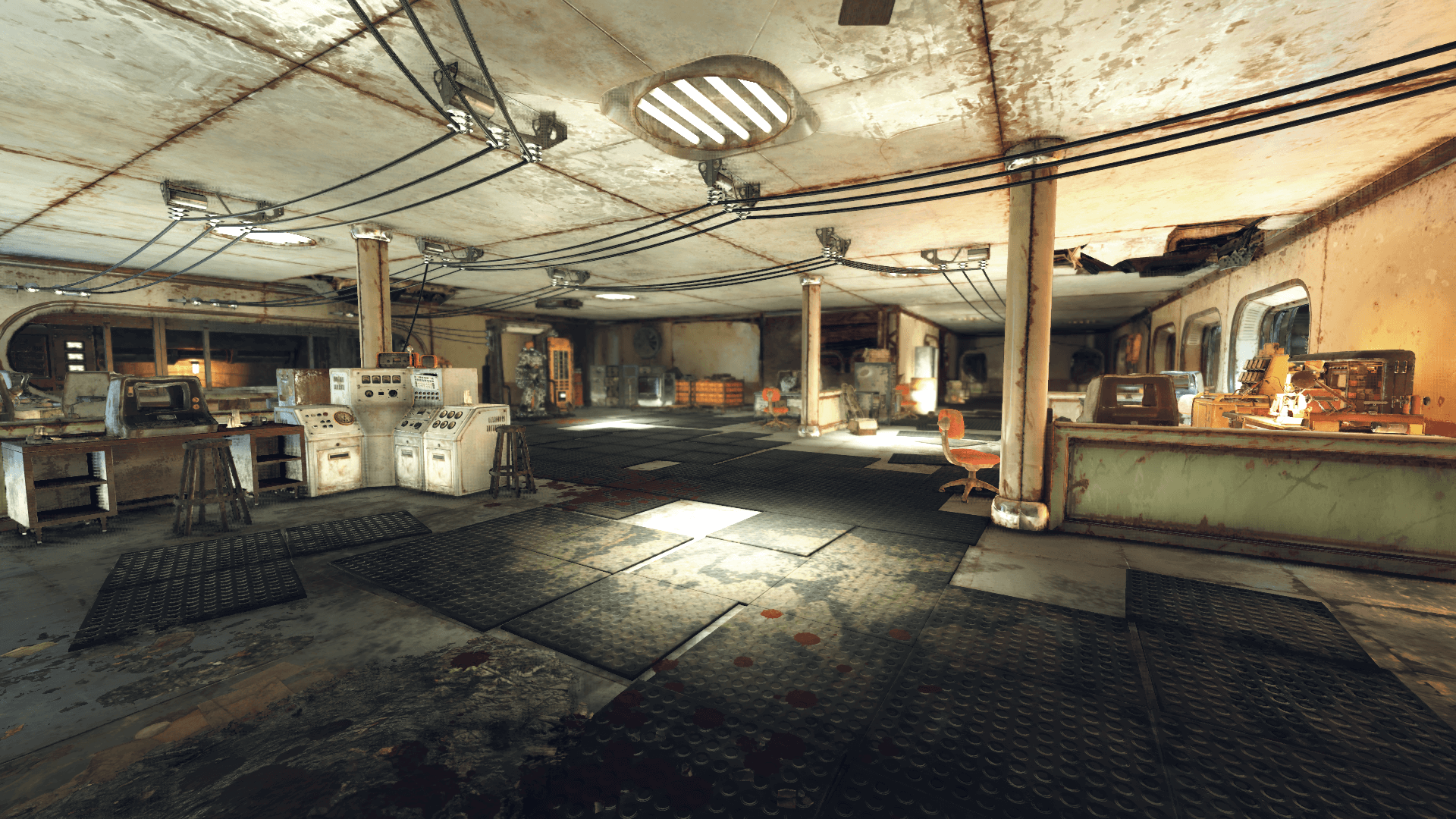 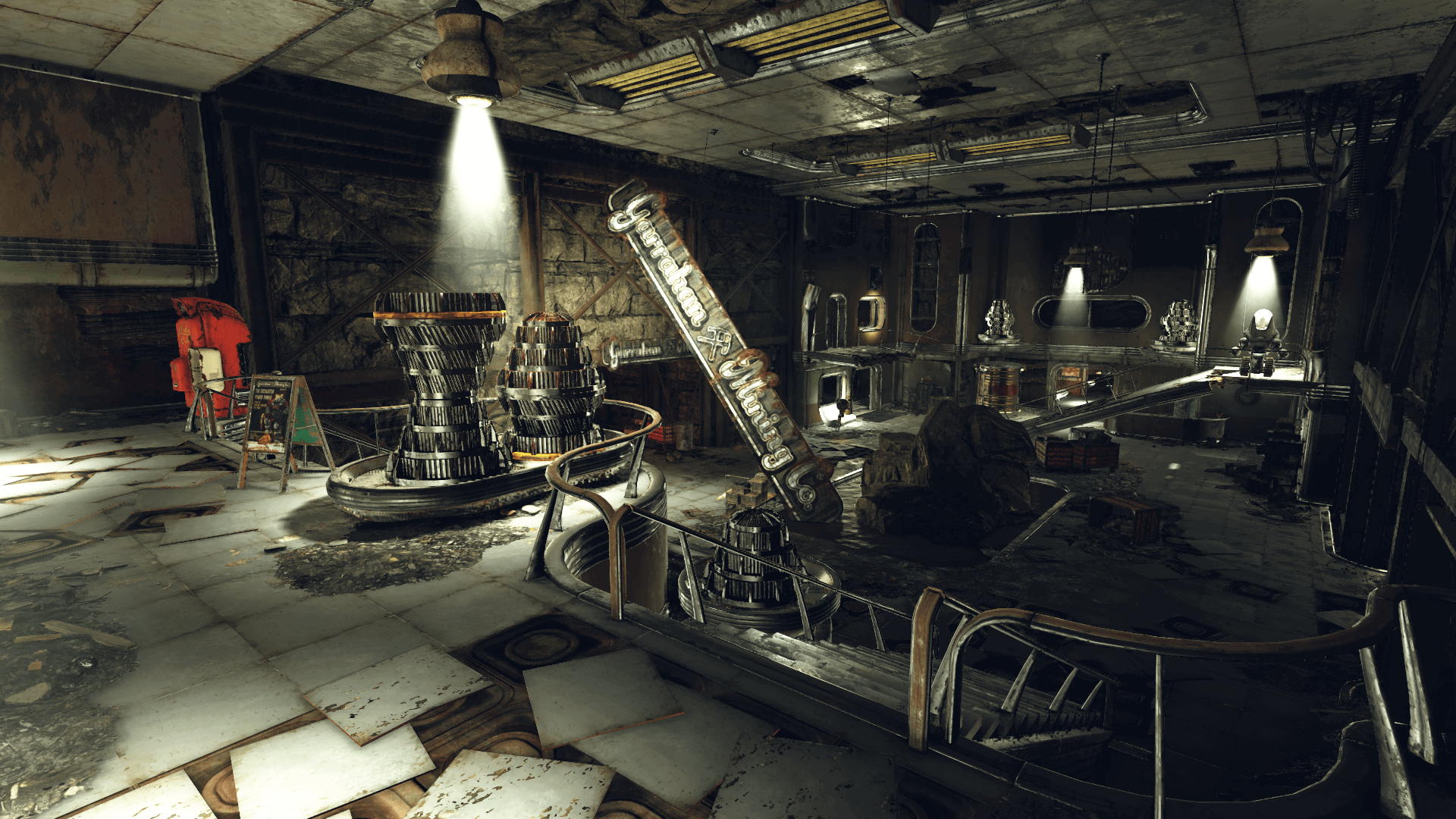 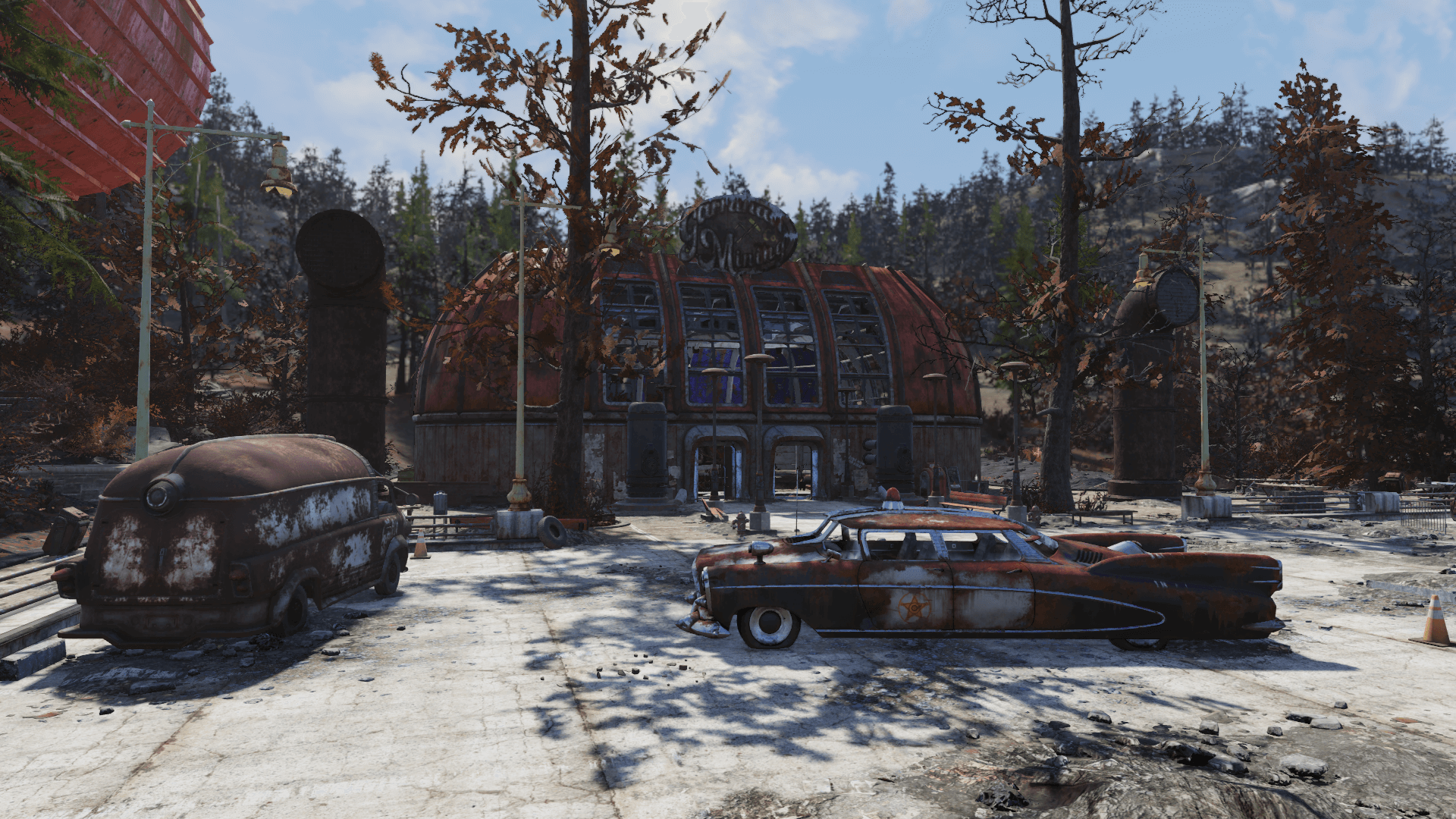 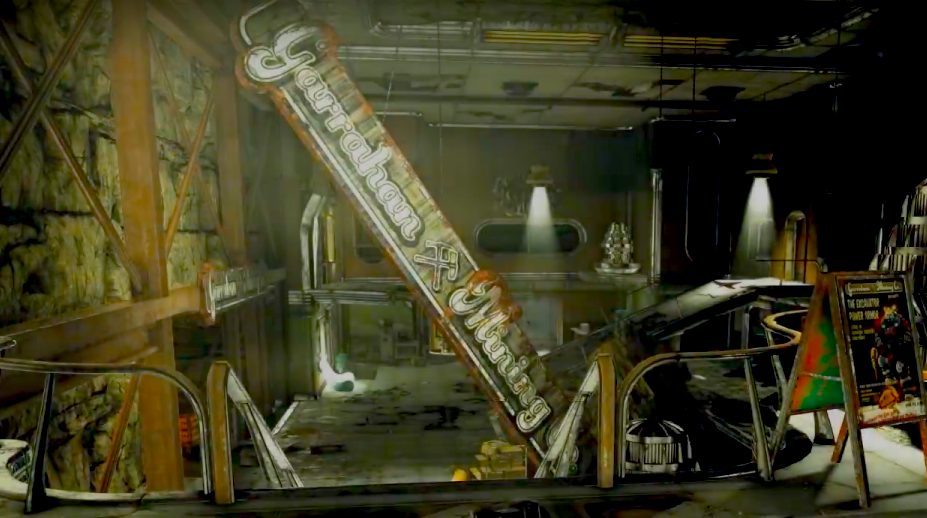 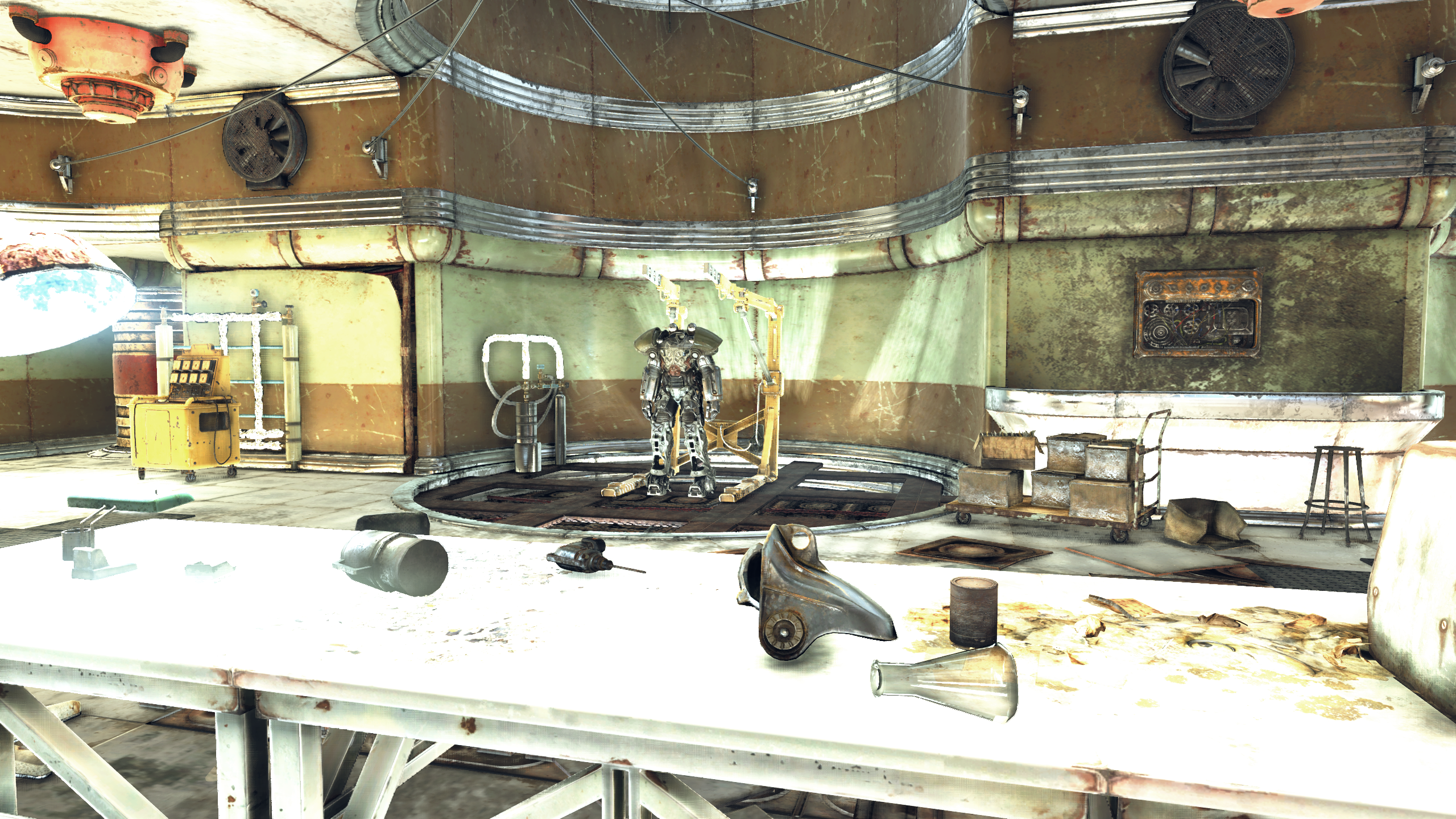