Monongah is a town in the Savage Divide region of Appalachia in 2102.

Nestled in a small low-lying part of the Savage Divide, the township of Monongah was a small mining town that was experiencing financial trouble. In fact, it was in dire financial straits, suffering a heavy recession because of a downturn in the mining economy. After Hornwright Industrial Mining Company stepped in and offered financial relief in exchange for rights to the township's nearby coal mine, Monongah mine,[1] the town's fortunes improved. Many believed that it had been saved by Hornwright's mining operation.[2]

For several months, the town received continued financial payments until the coal deposits were depleted. The town council realized that they were duped, as largely depleted coal deposits gave poor yields and were quickly exhausted by Hornwright's auto-miners.[3] Once the mine ran dry, Hornwright Industrial Mining Company simply left.[4] Monongah was sent into an economic freefall.[5]

Monongah is a small pre-War town near the Monongah power plant at the border of the Savage Divide and the Forest regions of Appalachia. The Scorched and radrats can roam the area, in addition to Liberators. The town has a rough circle shape, centered around the main street passing through the town and bisecting it into two halves. The northern half contains the local police station in the northwest, with residential buildings occupying the remainder of the area. The southern half includes the church in the western part, a house ruined by a giant boulder (the steamer trunk is right next to it), and the local stores on the southern edge.

The daily mission Someone to Talk To can be started in Dr. Eddie Harrison's house on the southwest side of town, as well as a chemistry station in the basement of the same house. There is a dead vault dweller behind the northeastern shop.

Monongah appears only in Fallout 76. 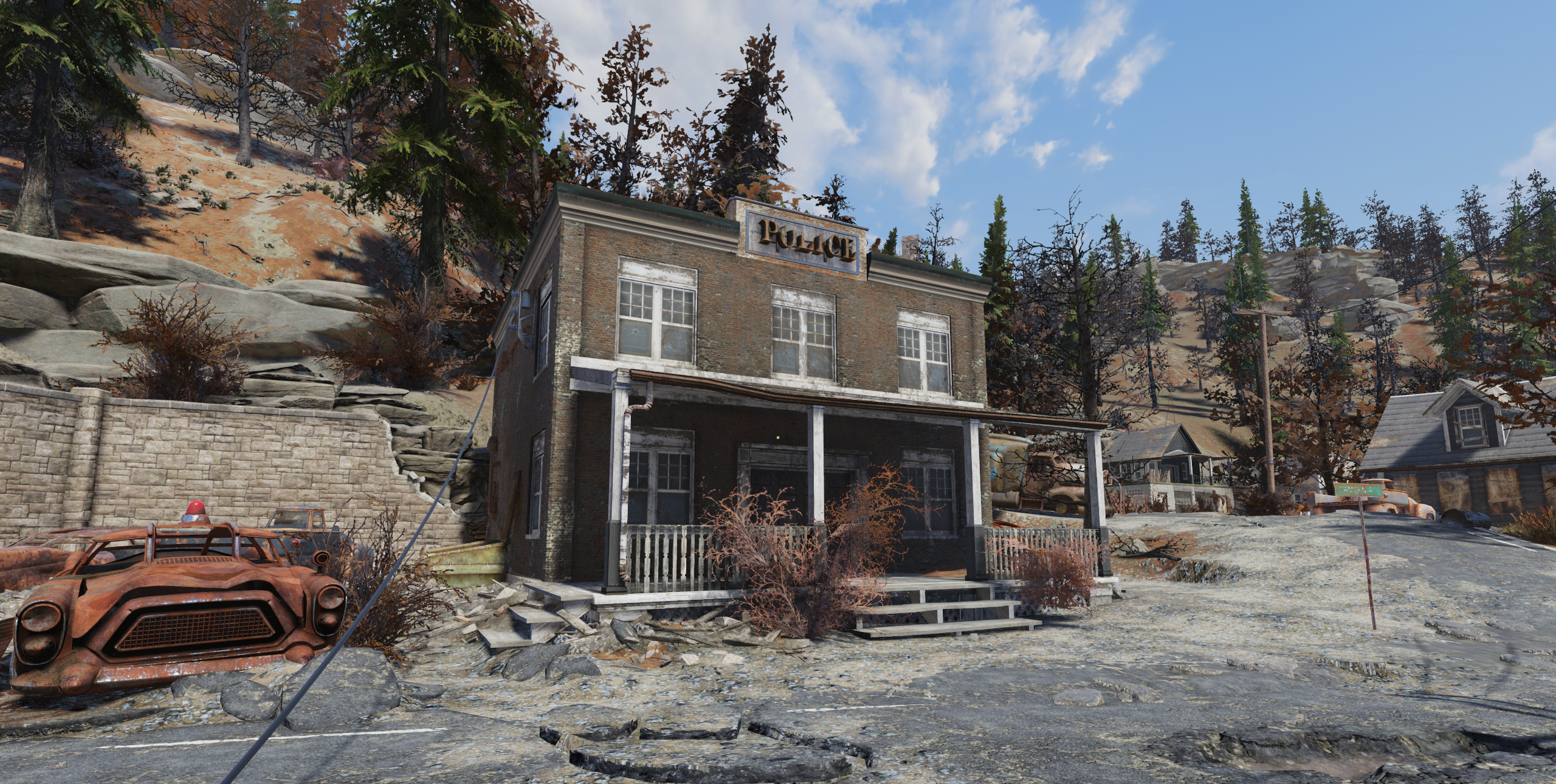 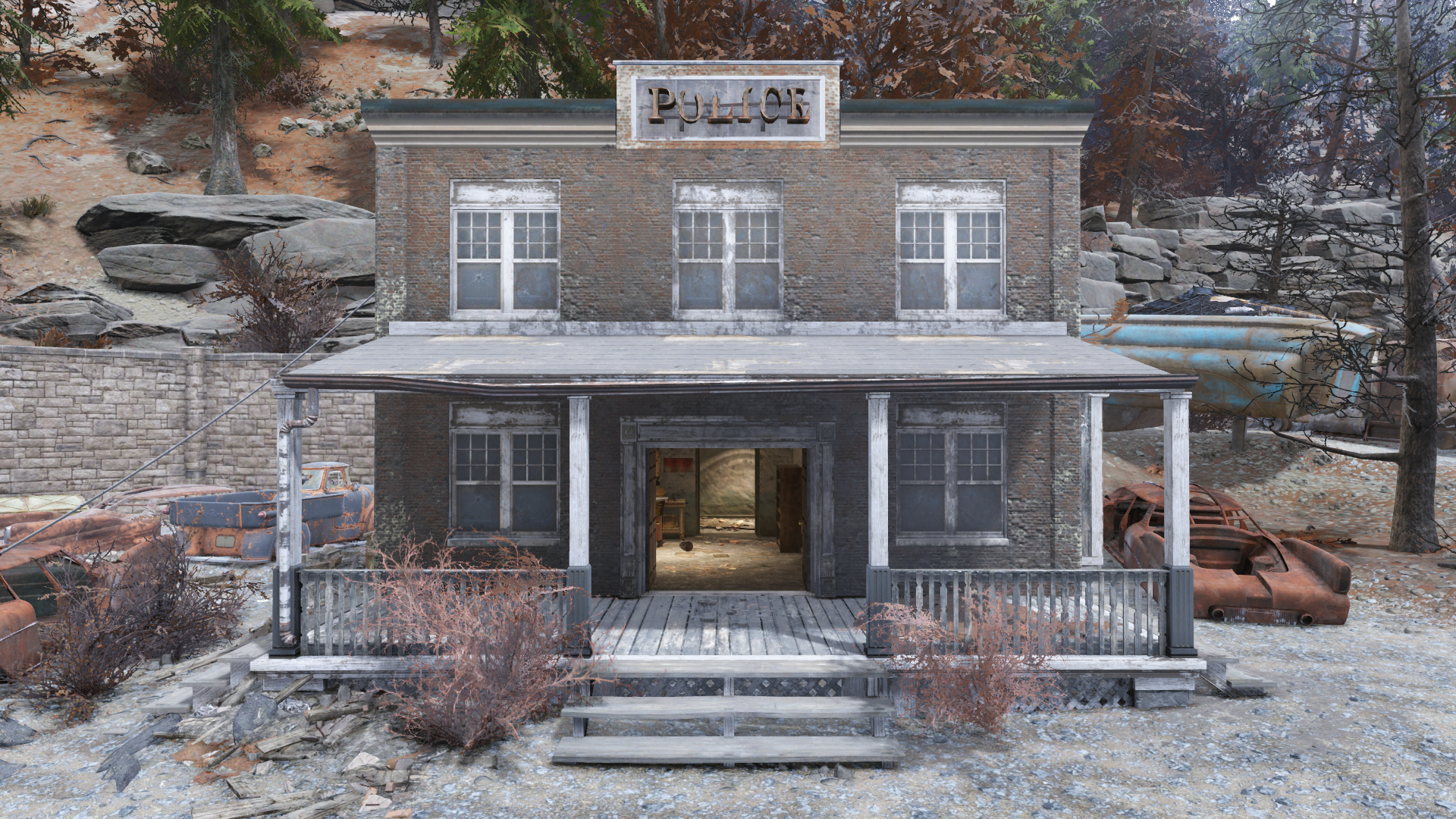 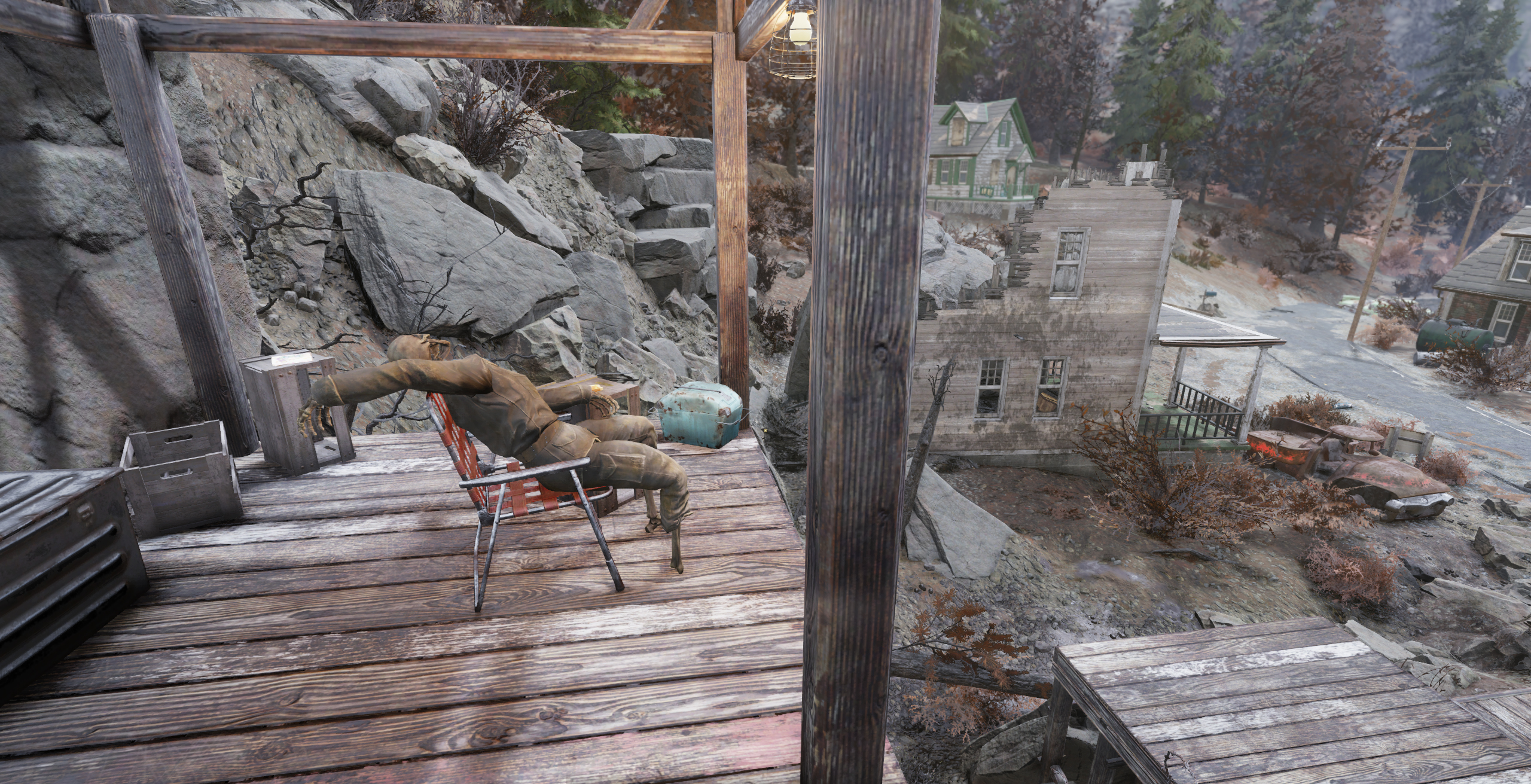 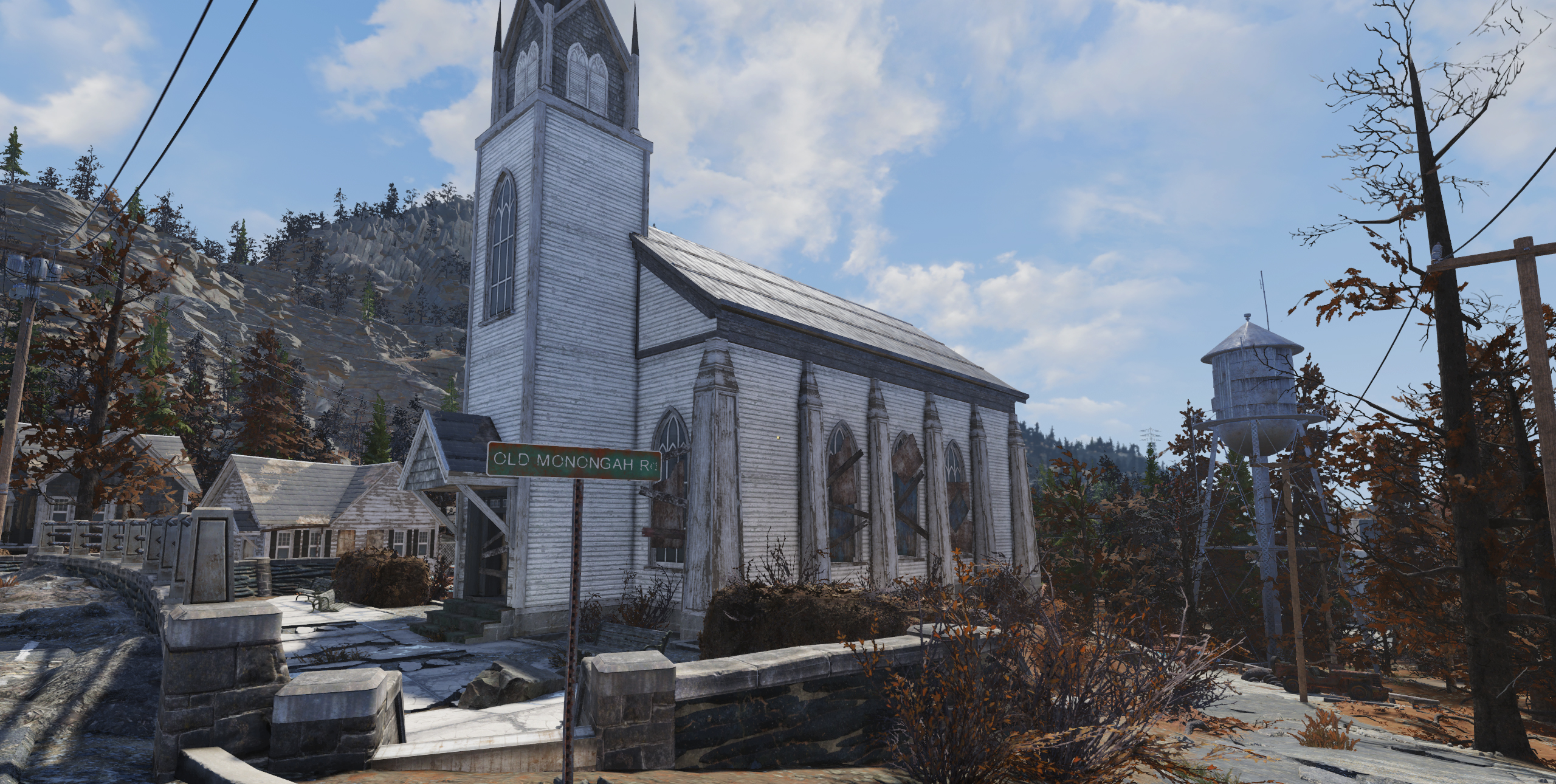 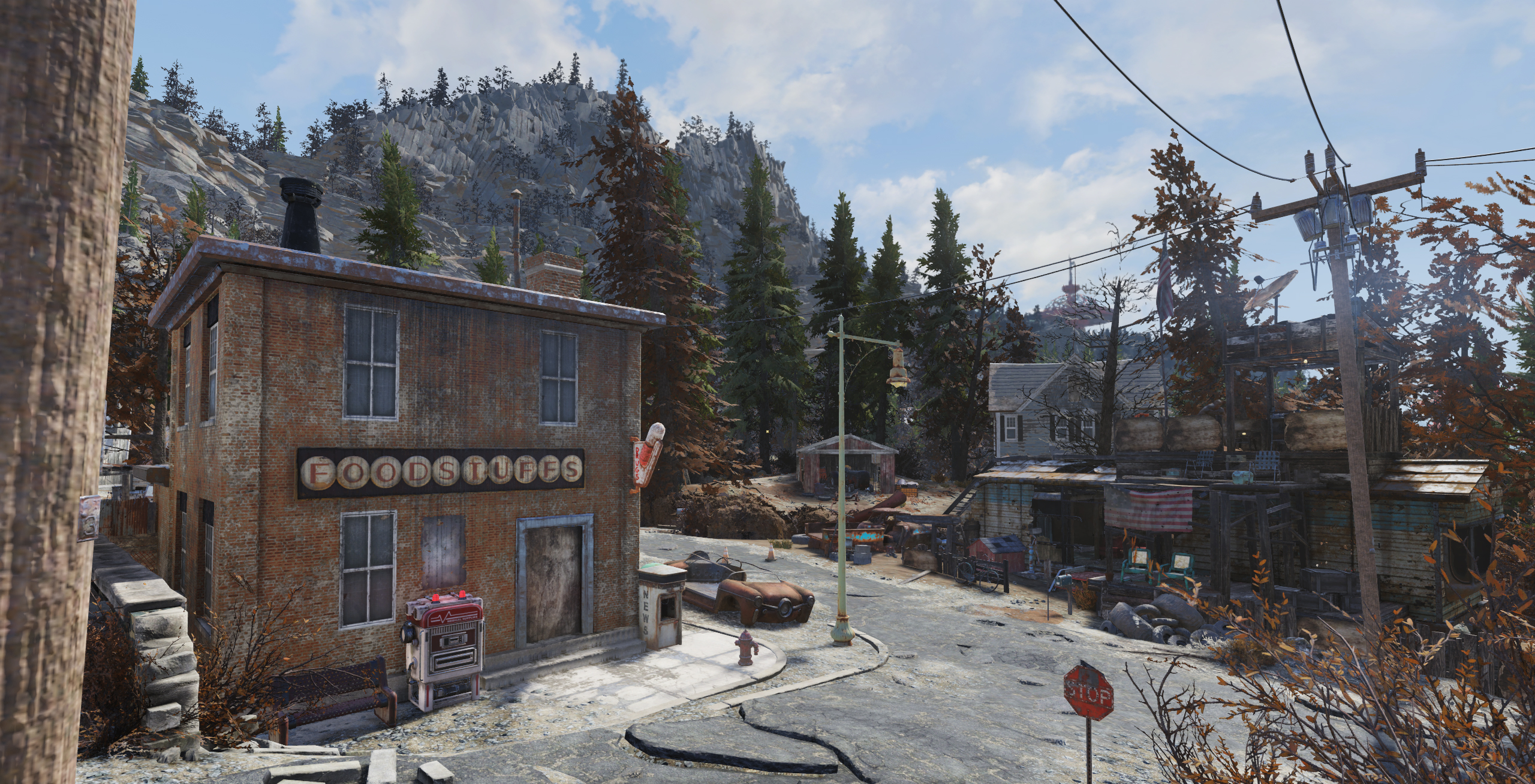 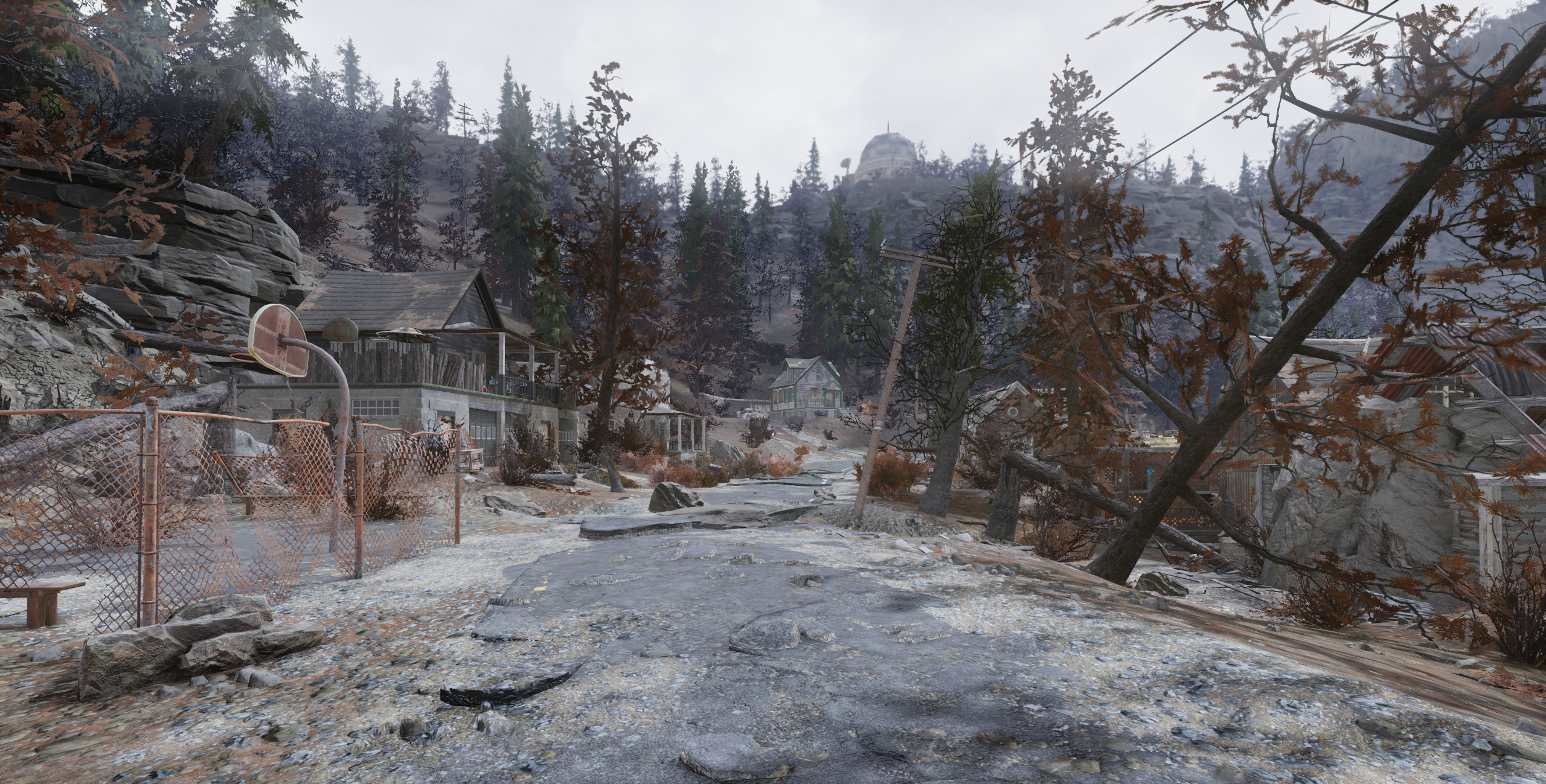 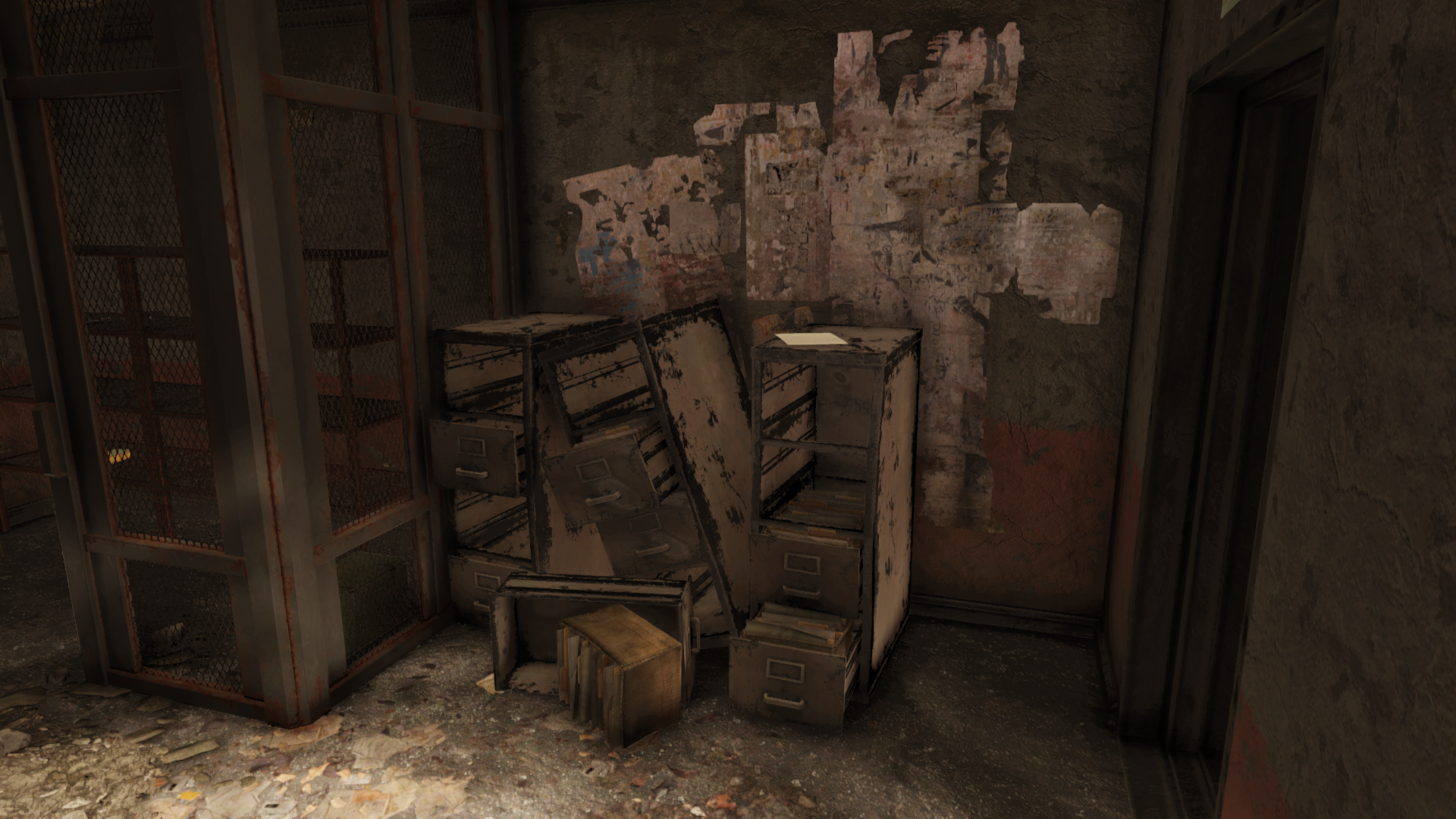 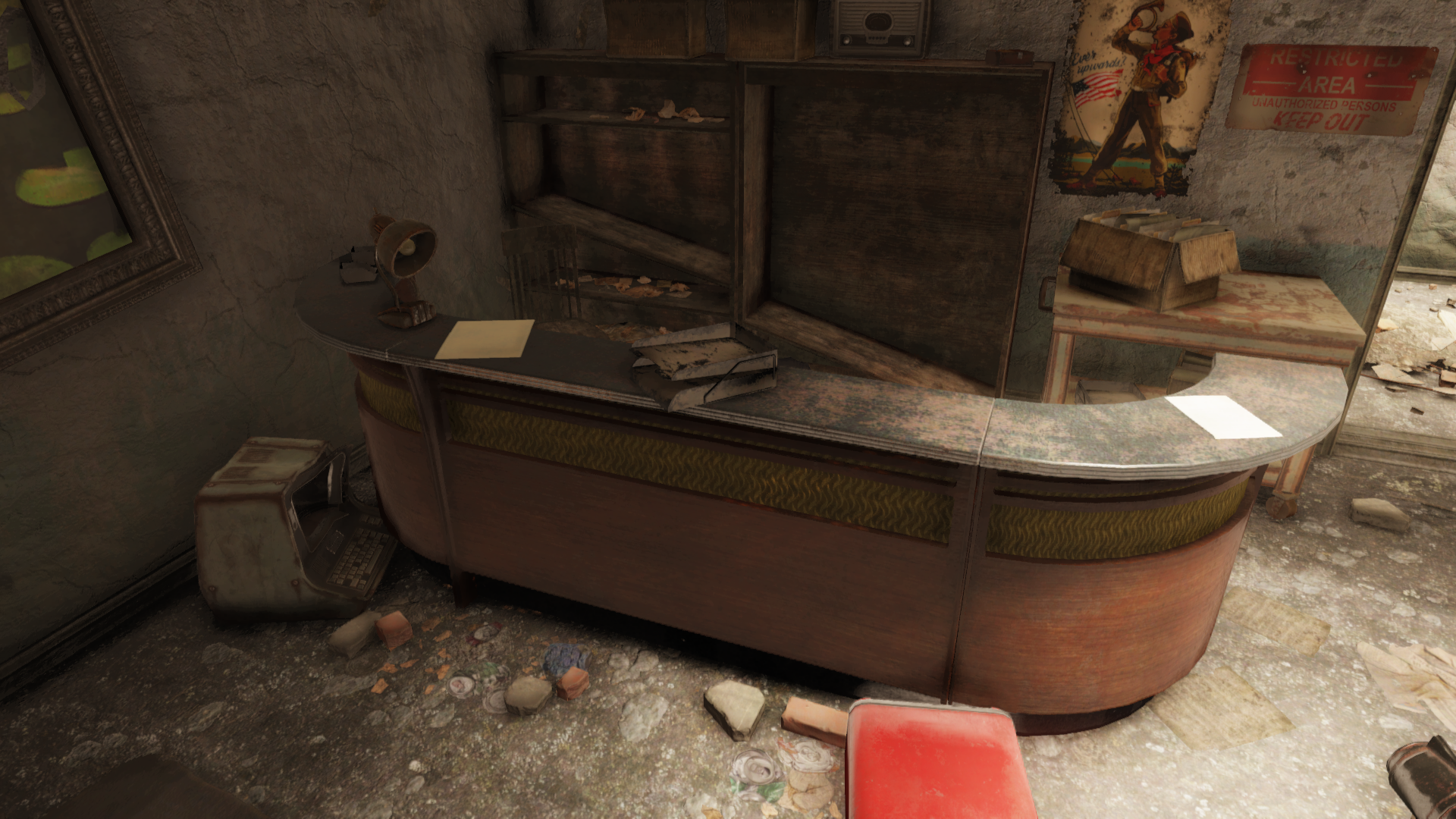 Forensics report and Missing: The Priblos 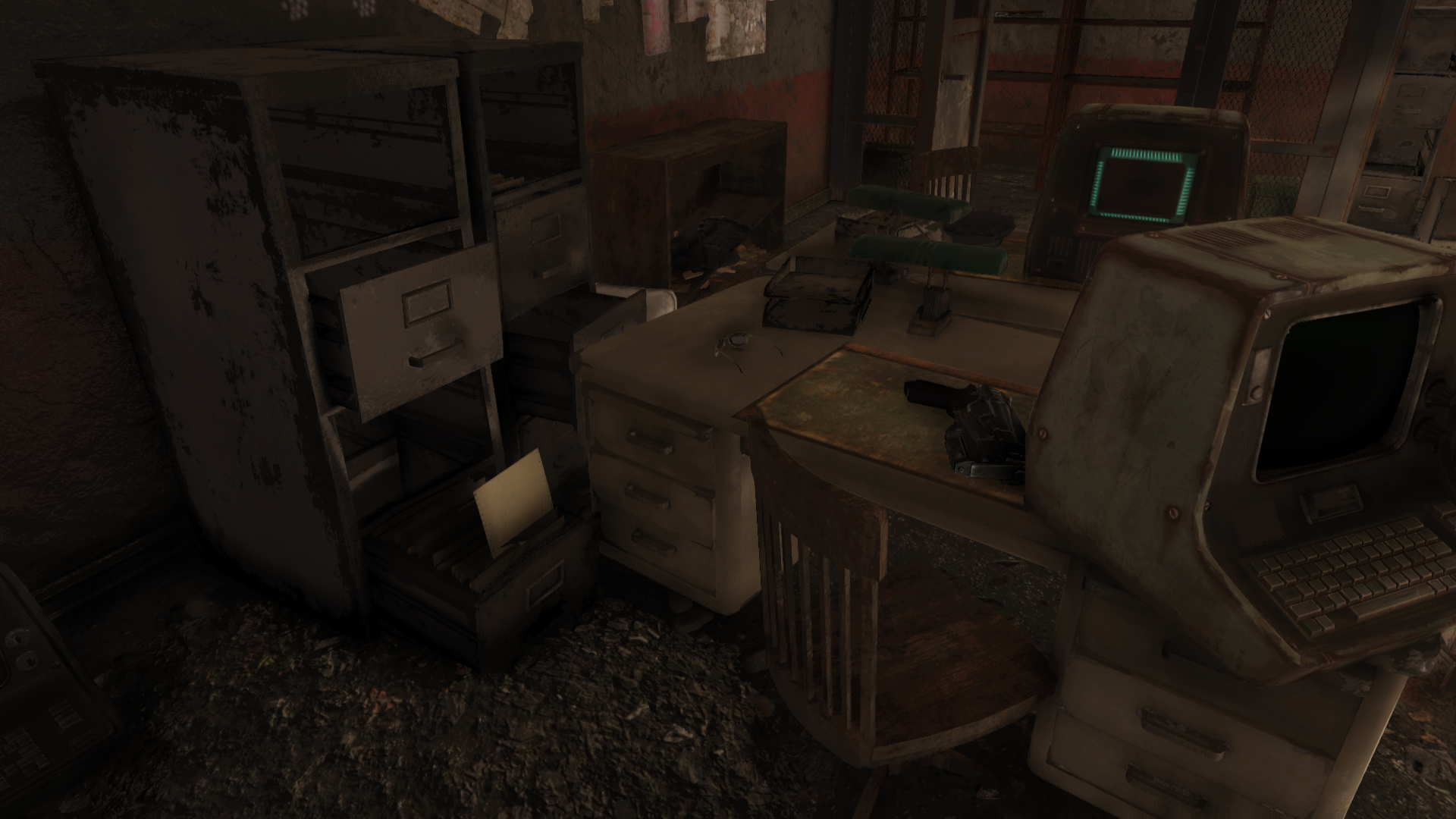 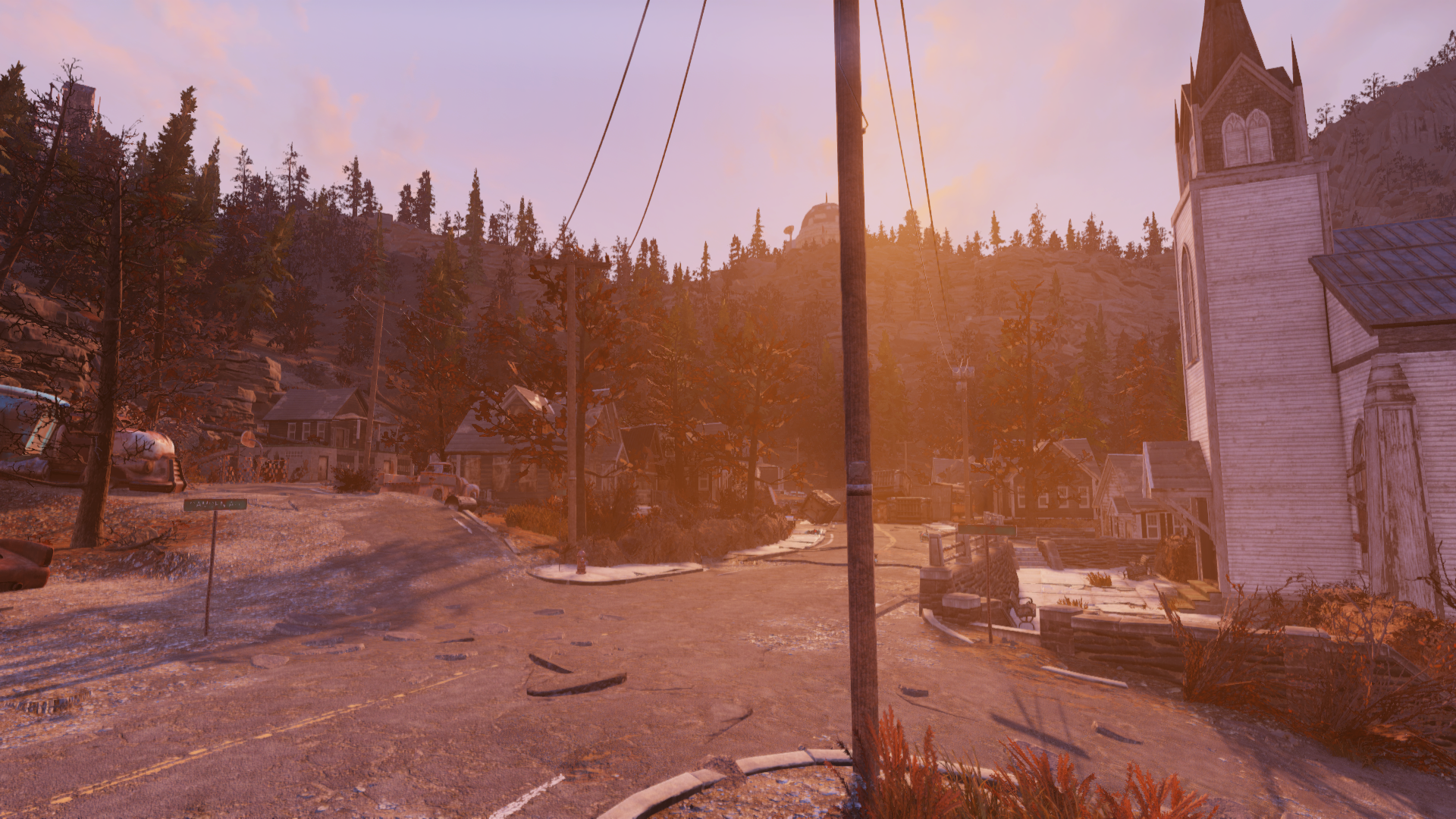