RobCo Research Center is a location in the Cranberry Bog region of Appalachia in 2102.

The primary employer of Watoga's residents,[1] RobCo Industries operated this facility as much to develop the technologies underpinning the city as to work on other joint research projects with Appalachian powerhouses like Hornwright Industrial and national conglomerates such as General Atomics International.[2] The Voice of Watoga and MAIA AIs were developed at the facility,[3][4] alongside military prototypes.[5] It also developed further variants of the Mister Handy line, including torture robots ("improved interrogation" in company speak).[6]

A large part of the facility was also dedicated to the investigation and manufacturing of robobrains. At some point, the Encephalon Extraction Program was created by Doctor Dias and approved by RobCo, even with the opposition of the ethics department. This project ensured that the entire research team of the facility would have their brains scooped and suspended in a biomedical solution that would keep their cognitive functions intact and ready to be used for several lifetimes. So many complaints were reported to management that the report database overloaded.[7]

The company also decided to hold company tours for Pioneer Scouts and their parents, led by one particularly disgruntled researcher, Dr. Clara Song, who took advantage of the matter by showing parts of the building not meant to be seen in an attempt to get her superior fired.[8][9]

Along Route 65, near the northeastern border between The Mire and the Cranberry Bog, are a couple of signs and a guard station. From there, a road littered with delivery trucks and guarded by robots leads up to a parking lot. Past this parking lot is both the RobCo Research Center and a walkway that leads to a broken monorail. The area surrounding the research center is mostly filled with various junk items, with a random plan found in a tool case on the southern side of the property.

There are three entrances to the main facility, one on the southeastern side, another on the southwestern side and an elevator entrance that leads down to the Robotics Technology Facility. The first room after entering the southwestern side is the reception area, which has a receptionist terminal that gives some introductory information about RobCo. Past the front desk and up some stairs are two doors and an elevator. One door leads to the research wing, while the other goes to facilities management, and the elevator goes to the basement. The two wings, however, are not separated and consist of three different floors.

The first floor is home to the robobrain R&D Department, where a power armor station is available; the Robobrain Assembly Department, which is where the engineering terminal is found; a storage area and a couple of bathrooms. The second floor is made of various offices, a lab, a kitchen and dining area, two exits and the research labs. In the research labs, there are two power armor stations, a weapons workbench, and an elevator that leads to a third exit. The third floor consists entirely of offices, including HR, and the quality control office.

The basement, accessed via the elevator in the back of the foyer, contains the testing facilities for a custom variant of the flagship Mr. Handy, the Mr. Torturer. A chemistry station can also be found to the left of the elevator. It also has spawn points for a bobblehead and a magazine and holds the location's steamer trunk.

"Robotics Technology Facility RB-2851" is the proper, pre-War name of the facility that became the Mechanist's lair in the Fallout 4 add-on Automatron. Although the entrance to the research labs used this sign before patch 1.3.0.23, there is still a sign for RB-2851 in the back room behind the labs. 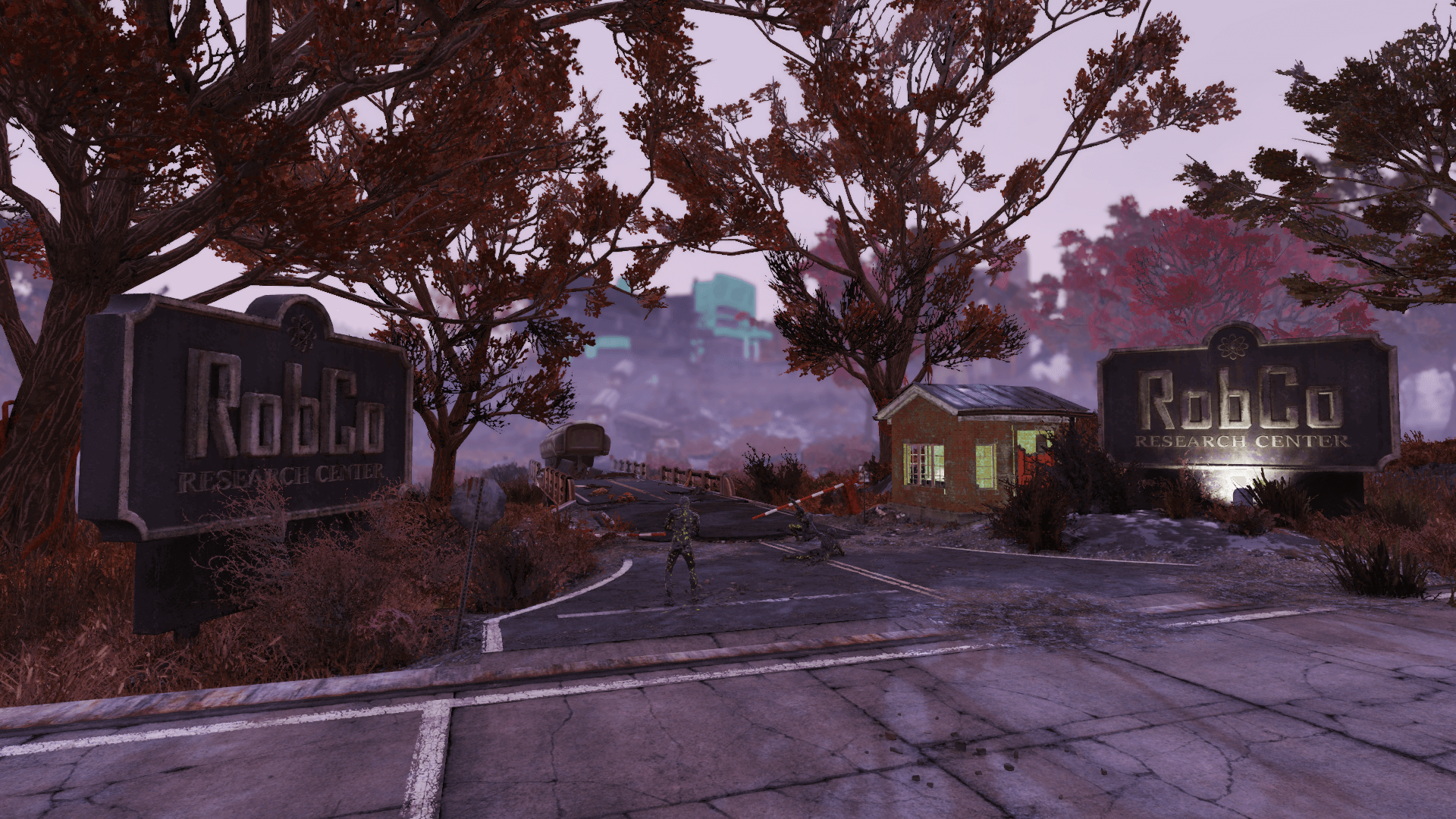 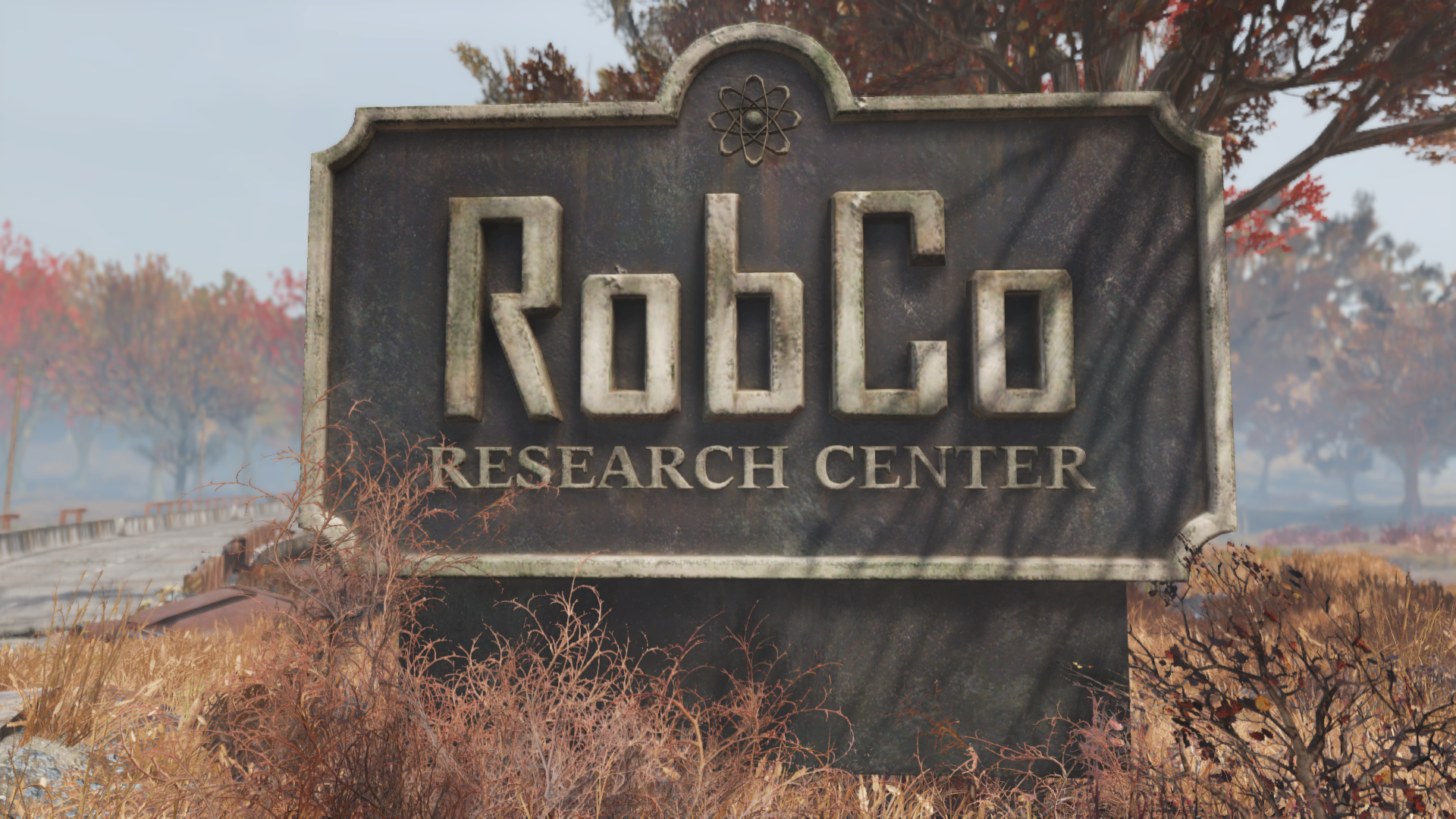 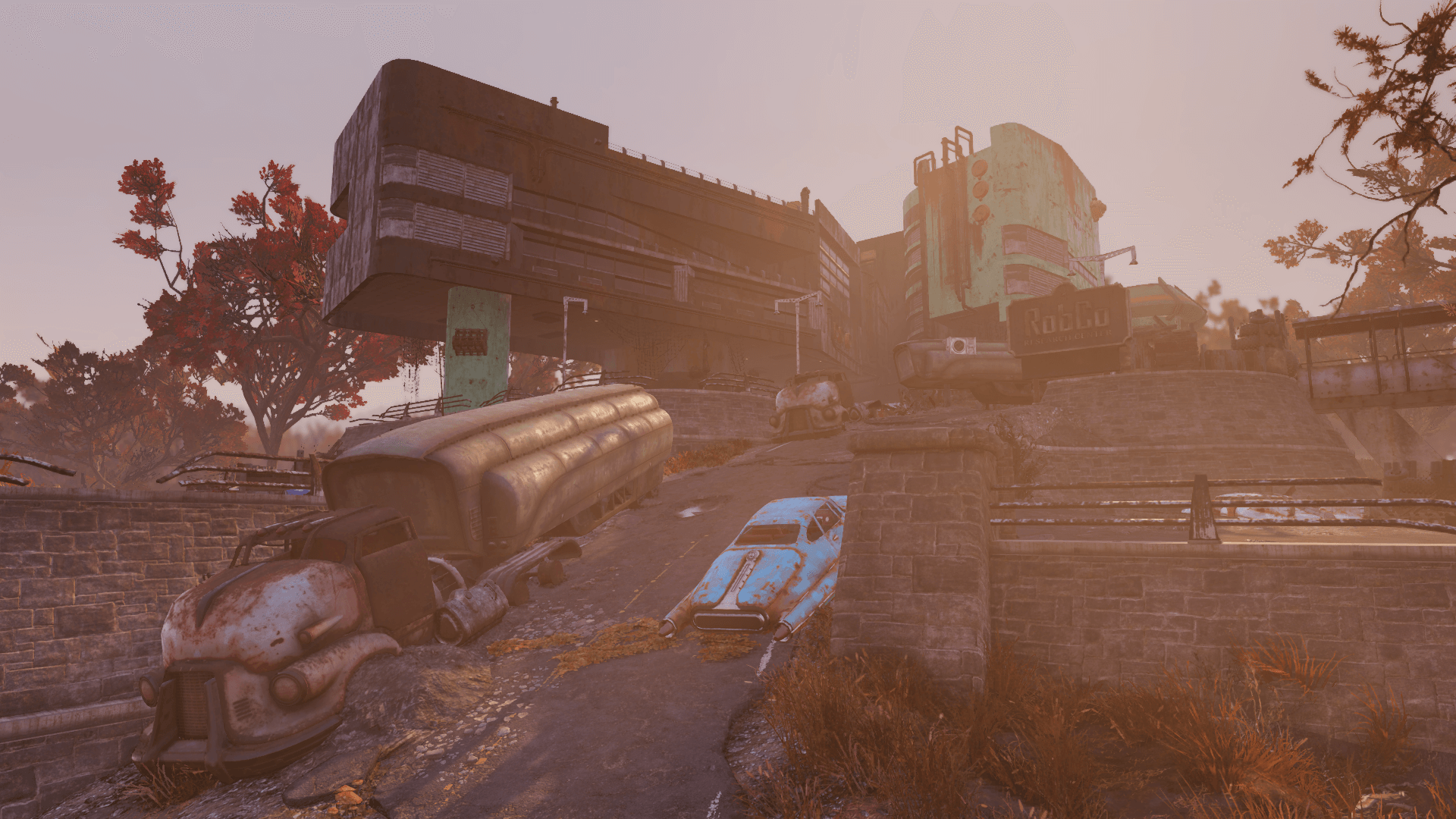 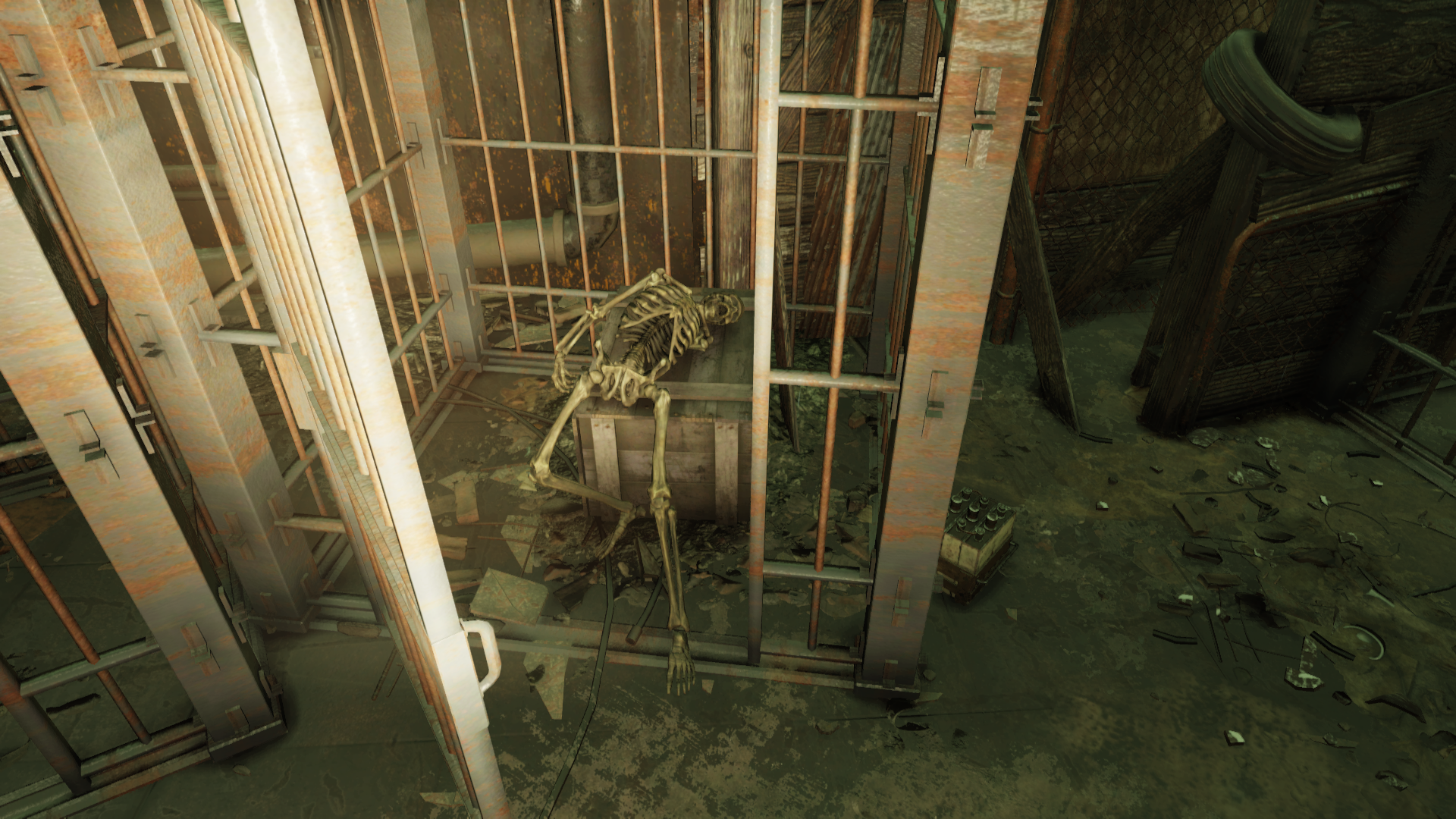 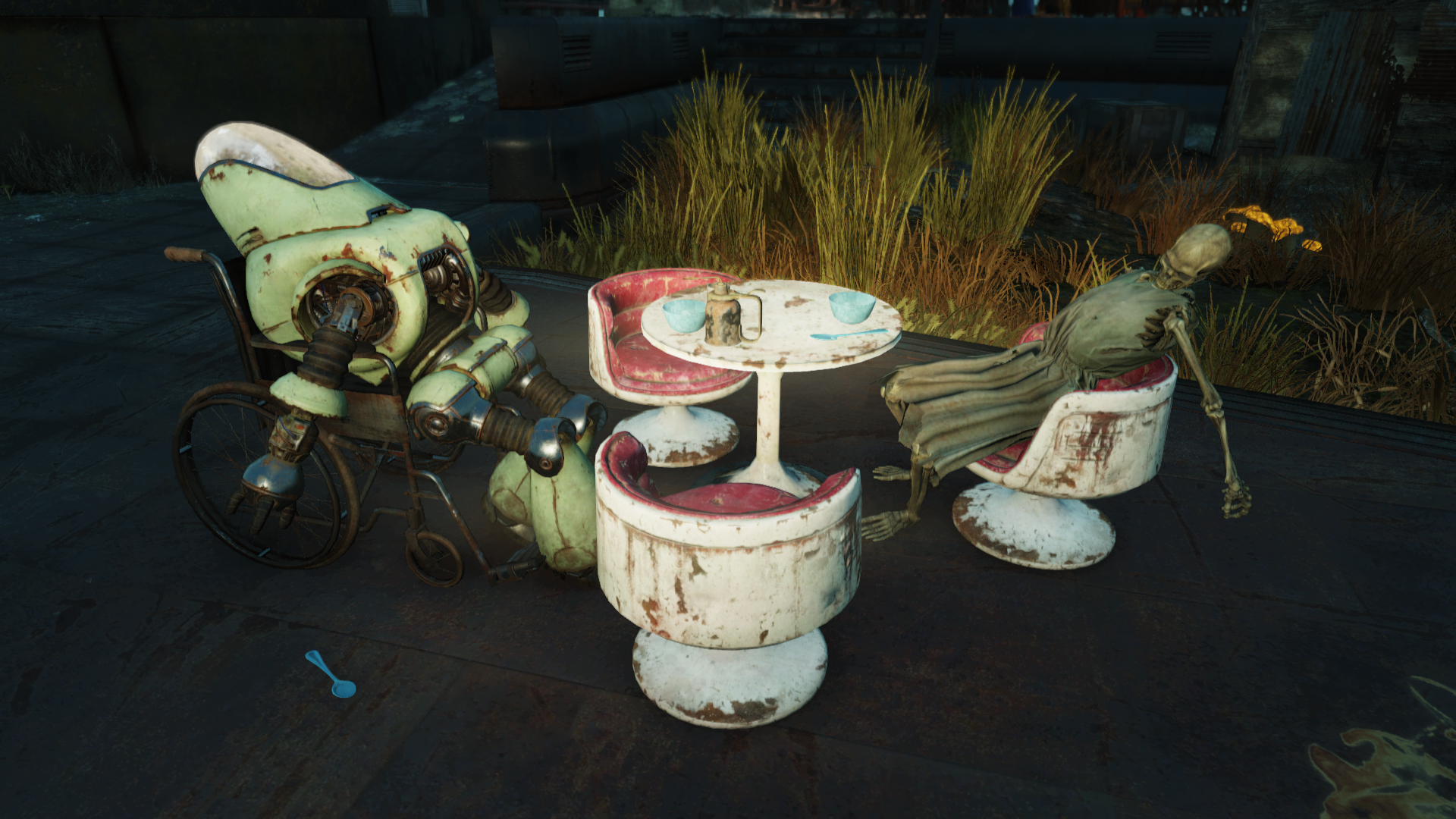 Skeleton and protectron having tea outside of the research center 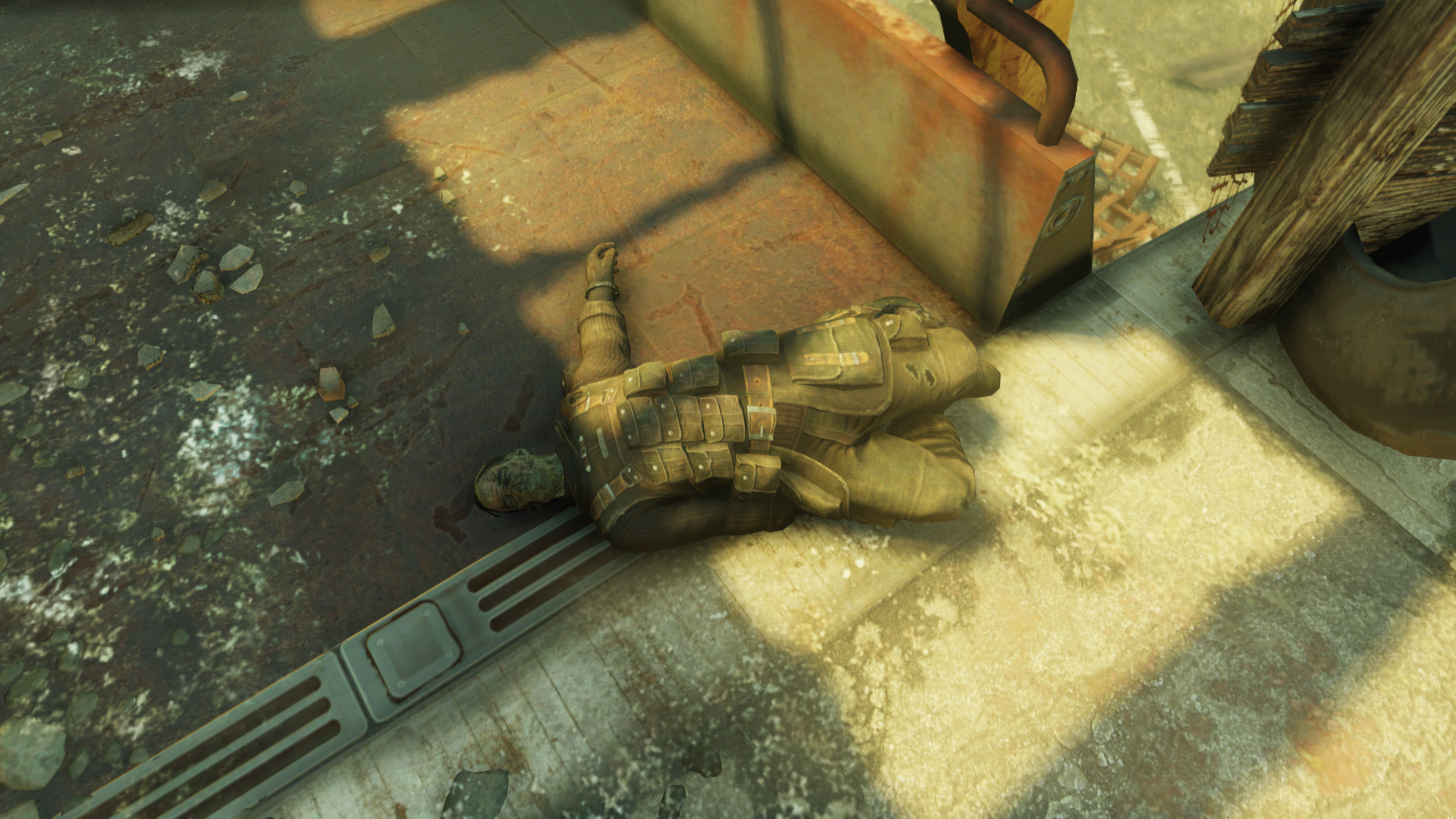 Brotherhood corpse near the monorail 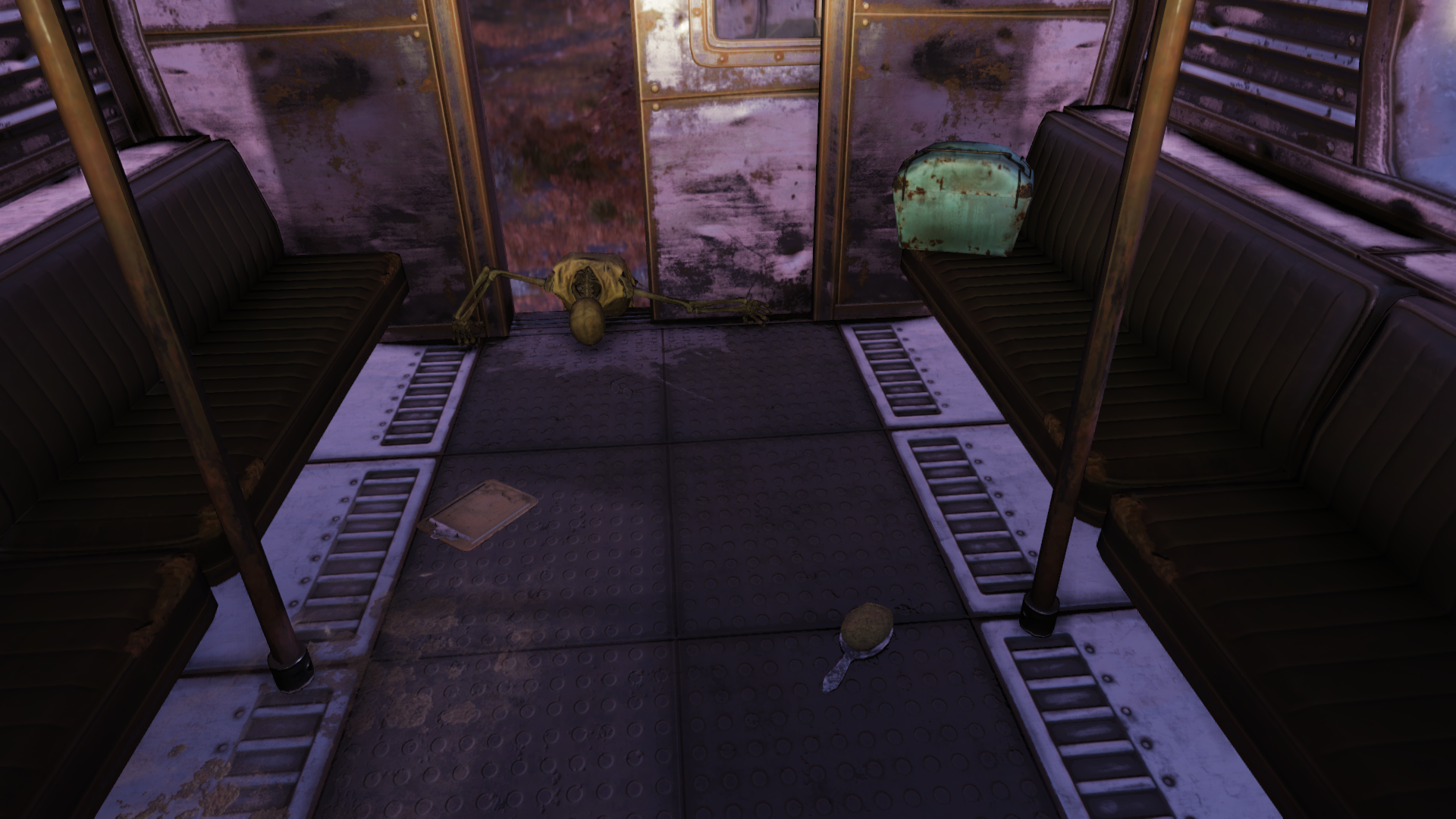 Skeleton hanging out of the train car 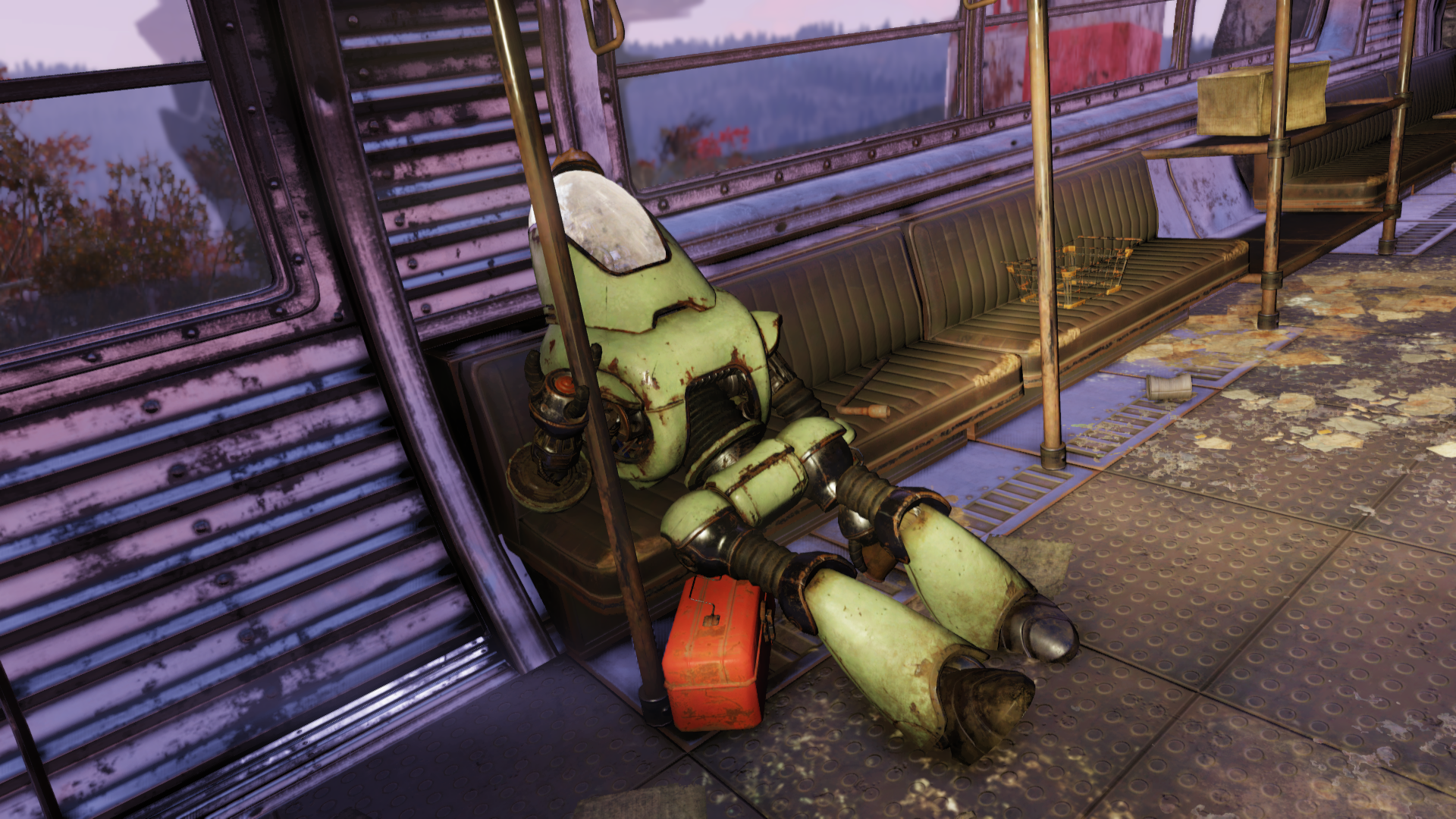 Protectron wearing a hard hat in the monorail 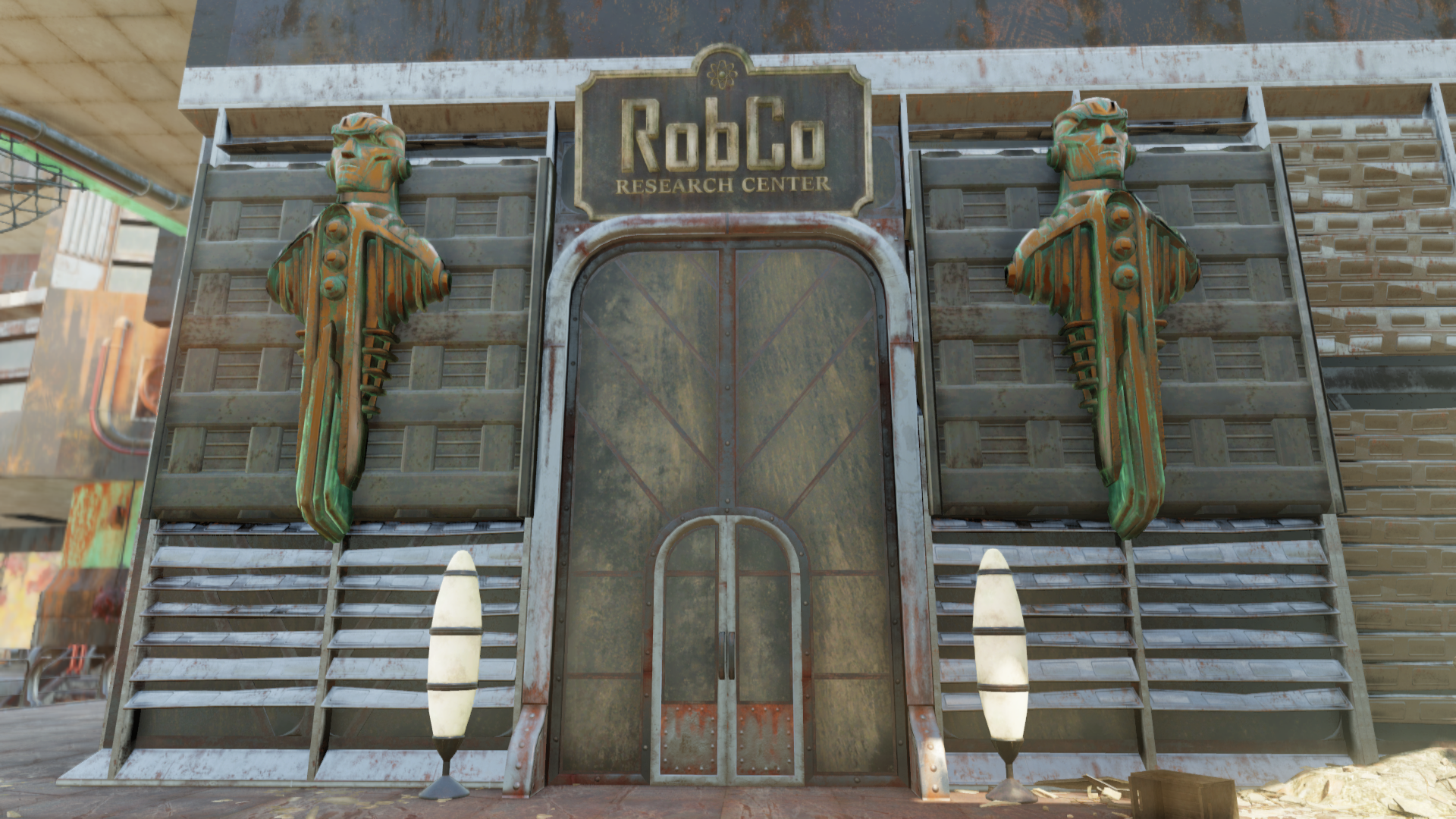 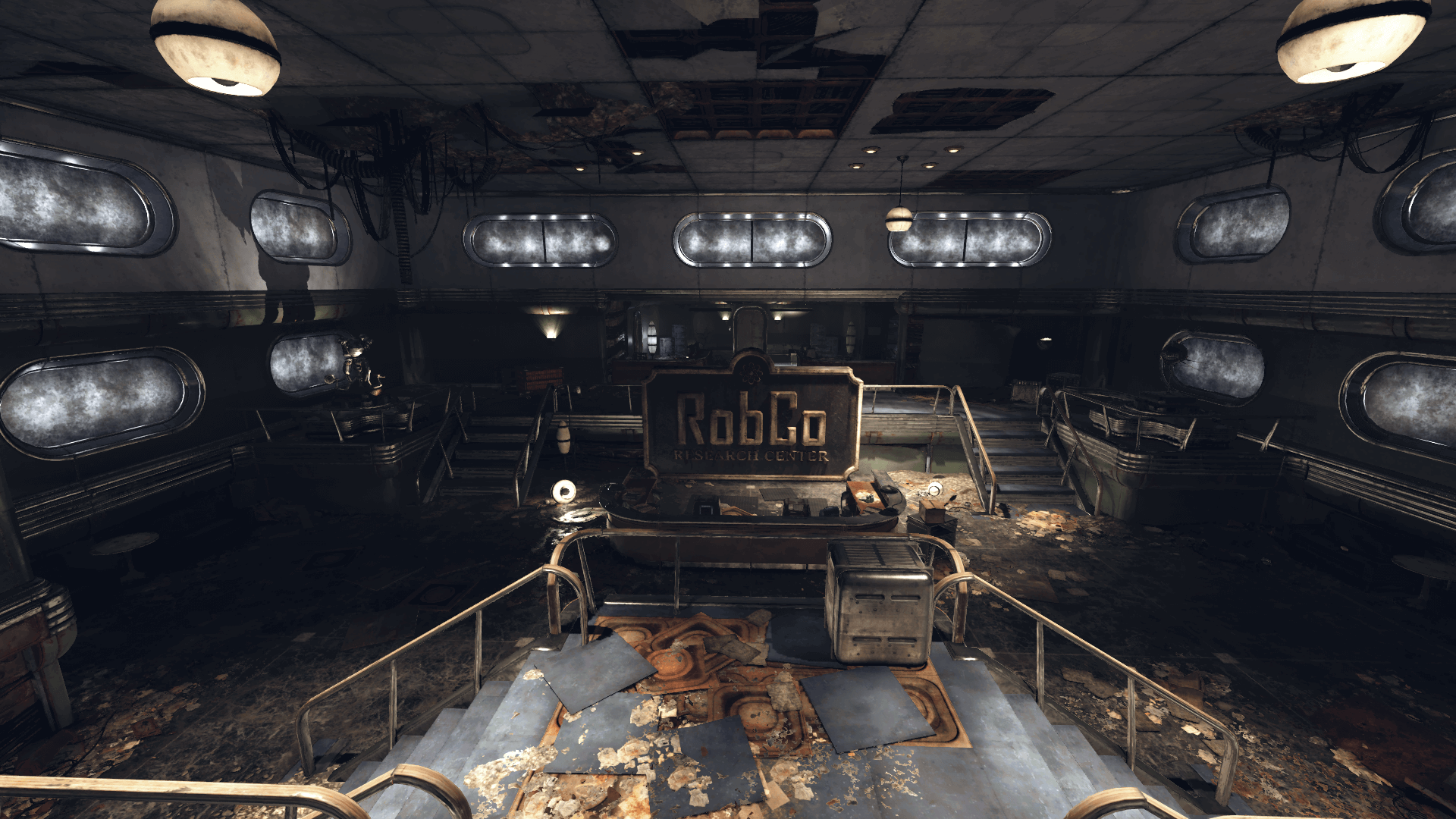 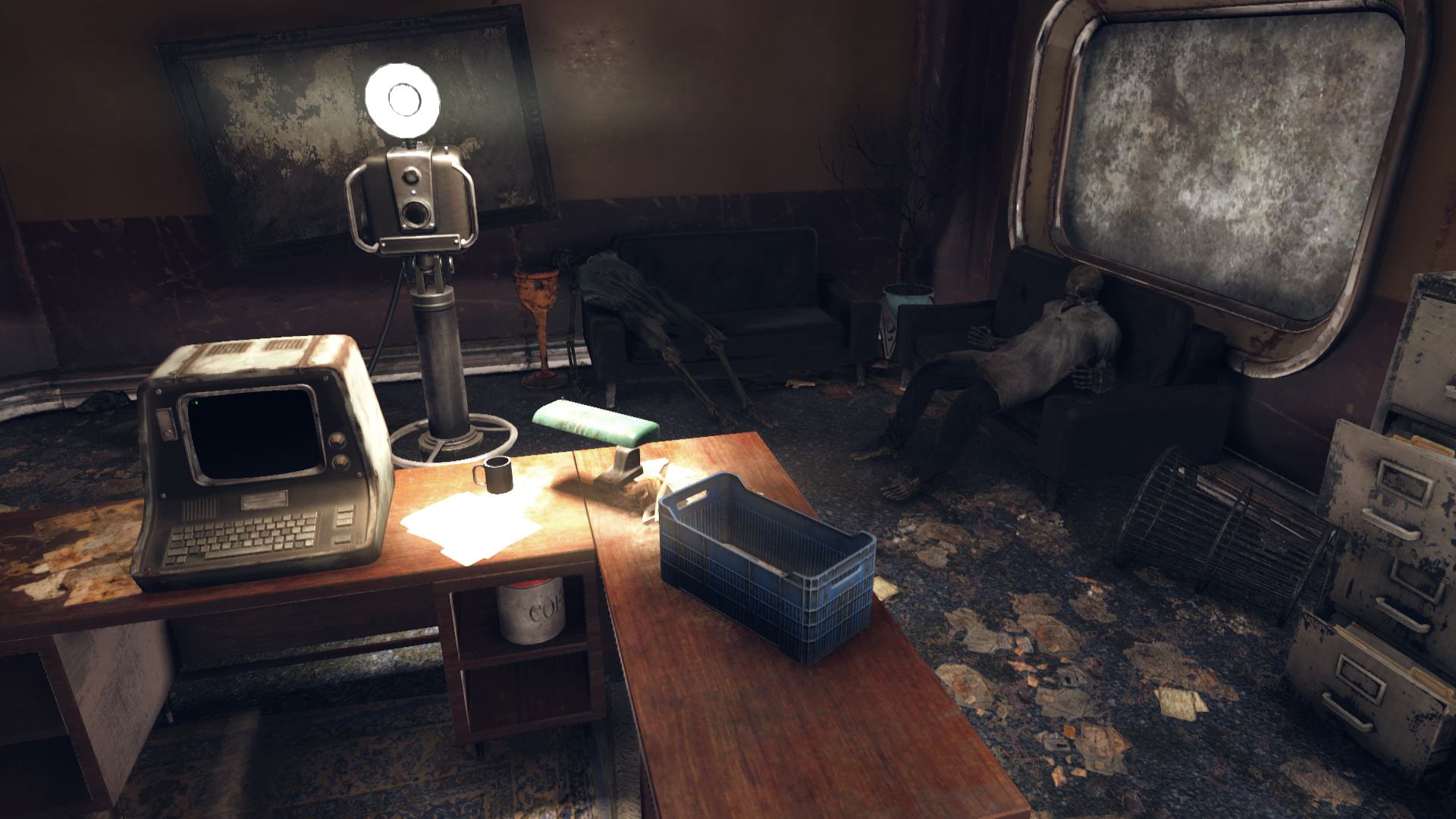 Skeletons and camera in an office 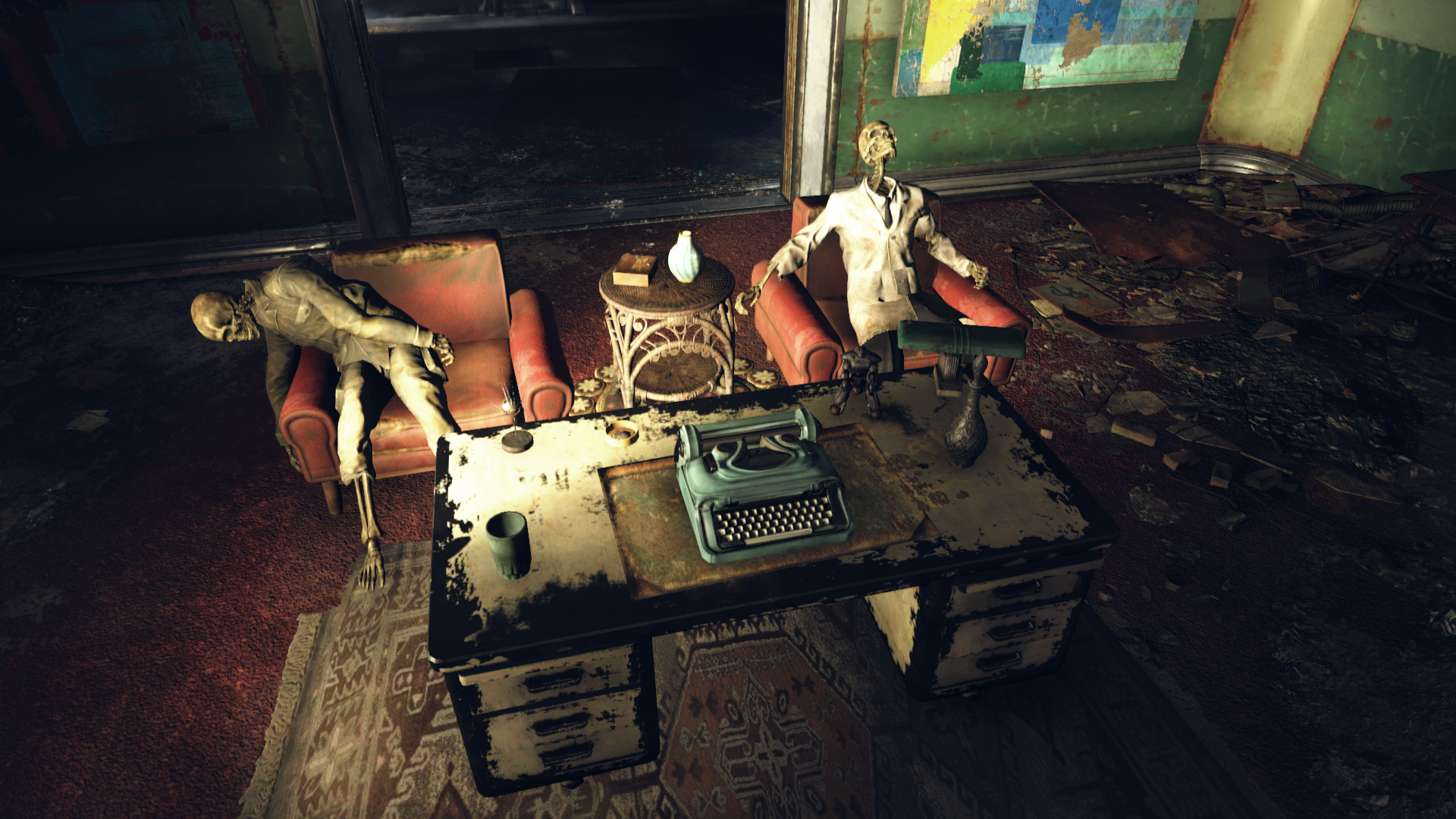 Skeletons in another office 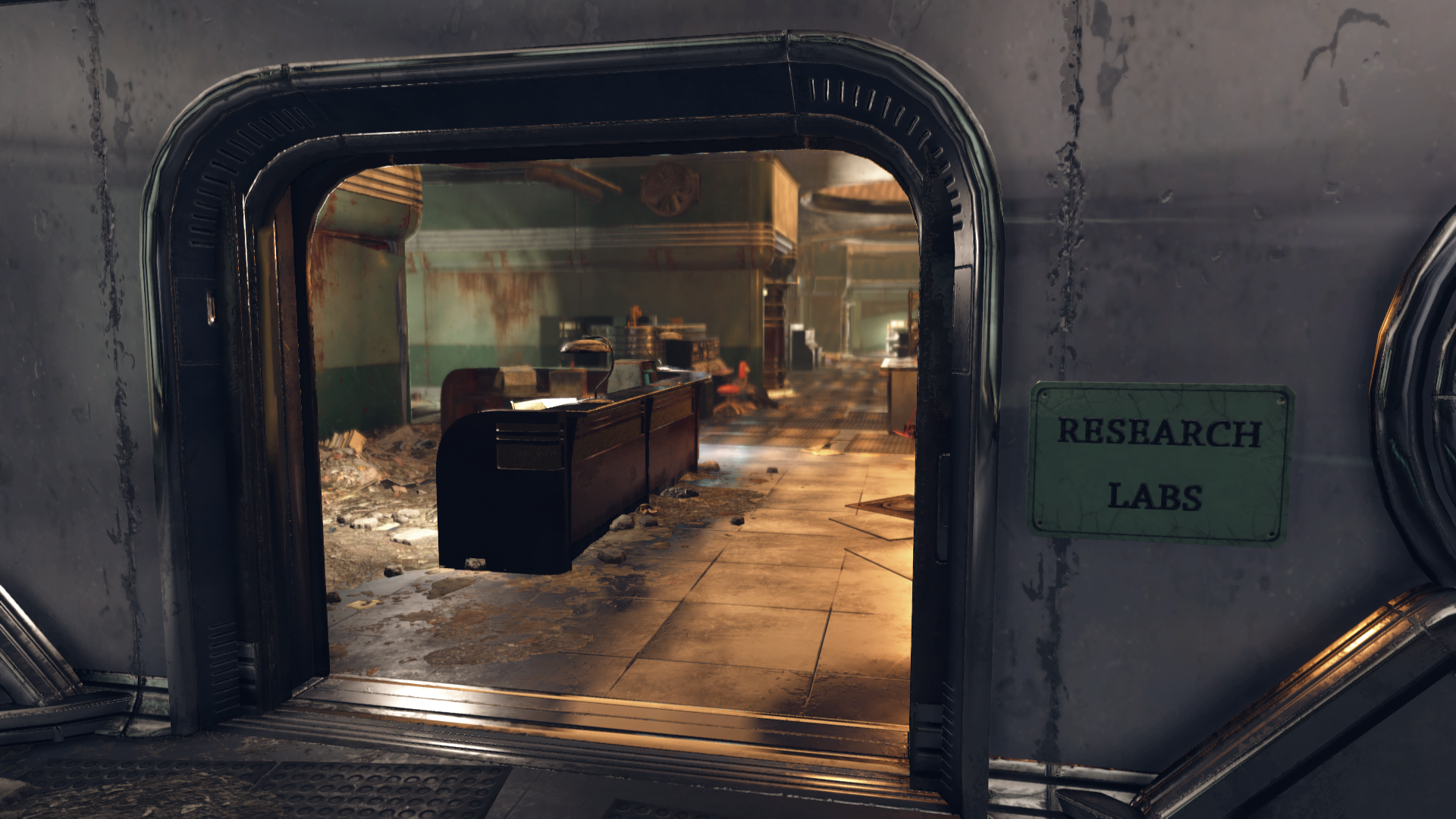 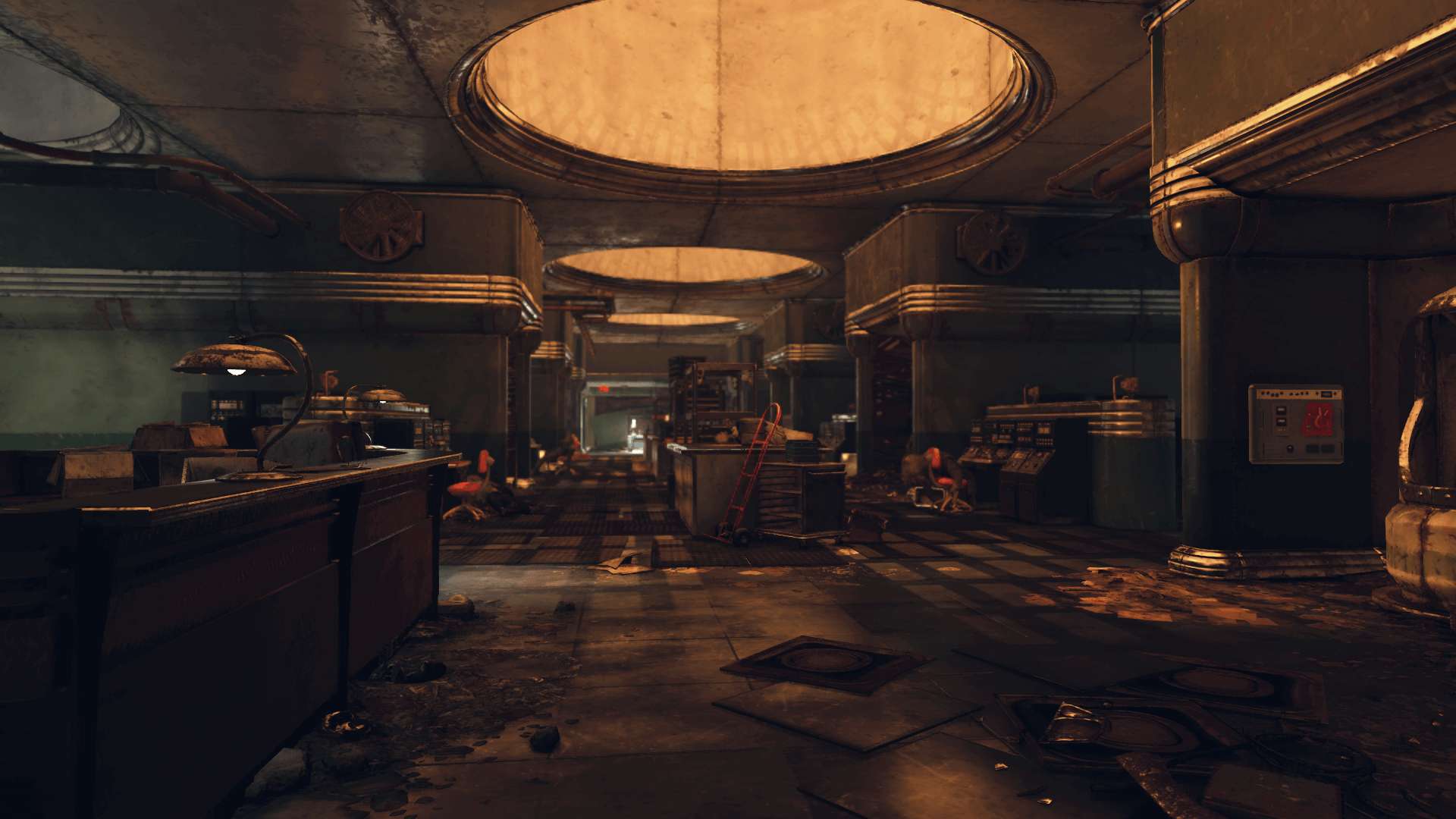 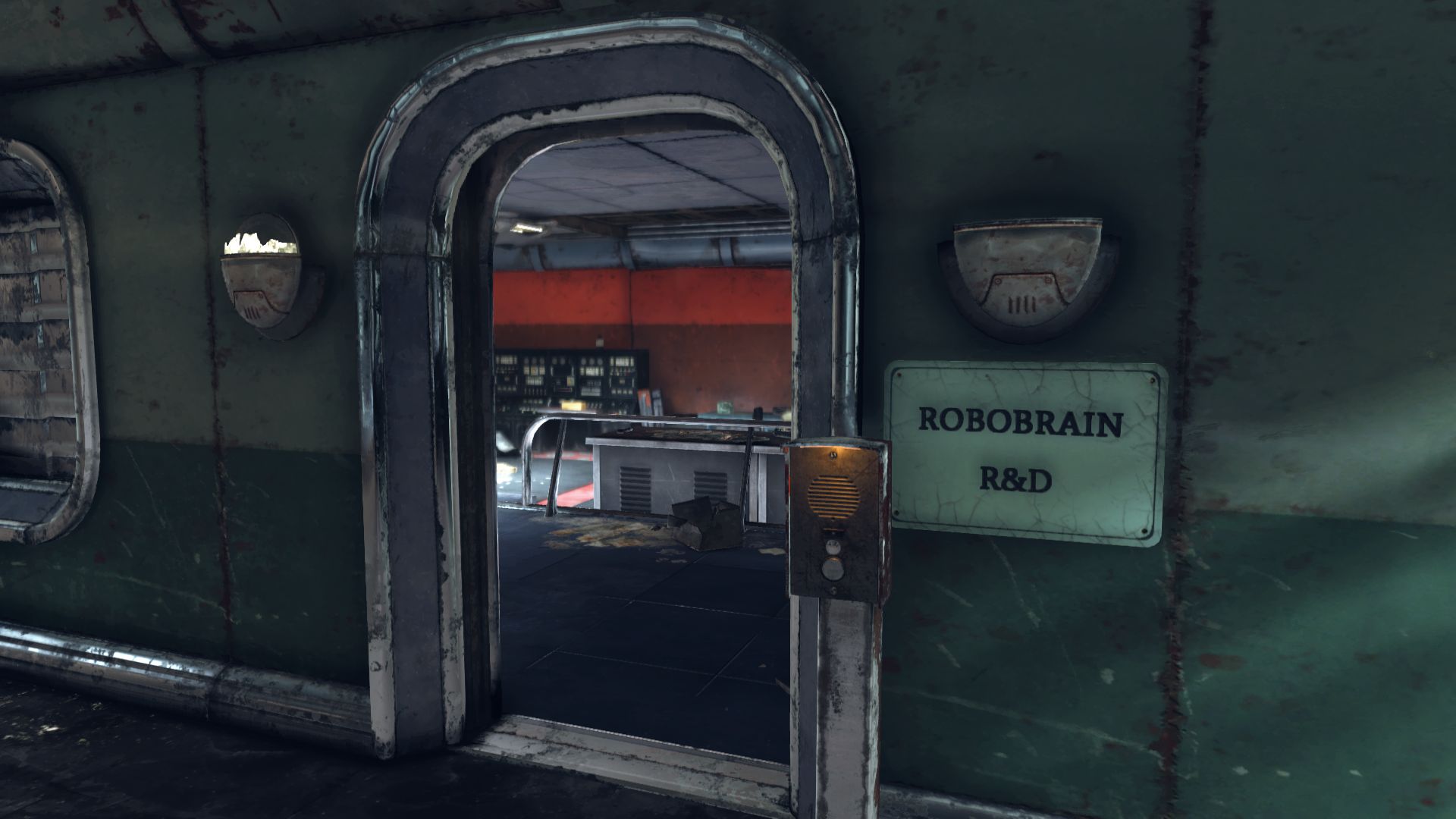 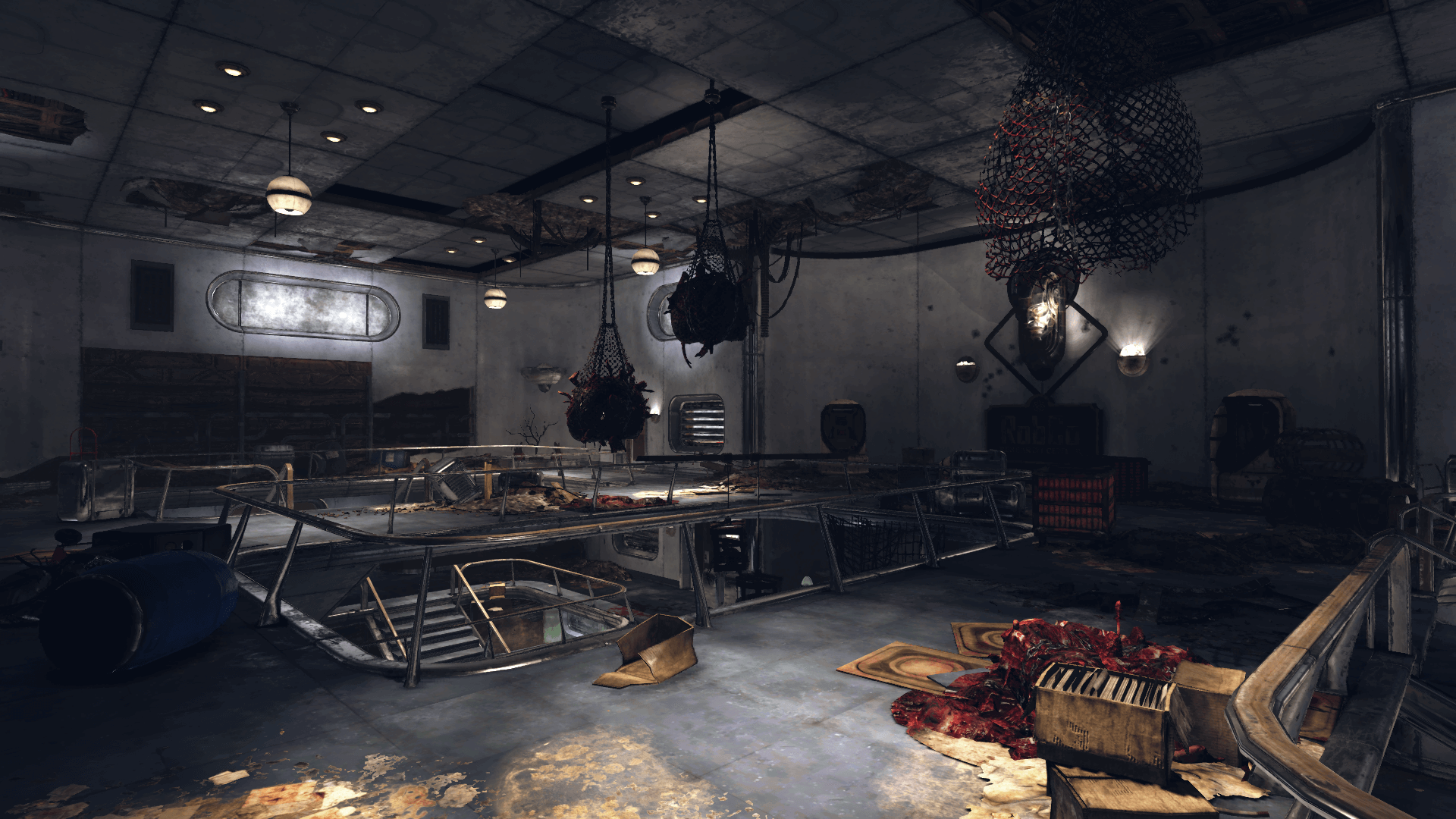 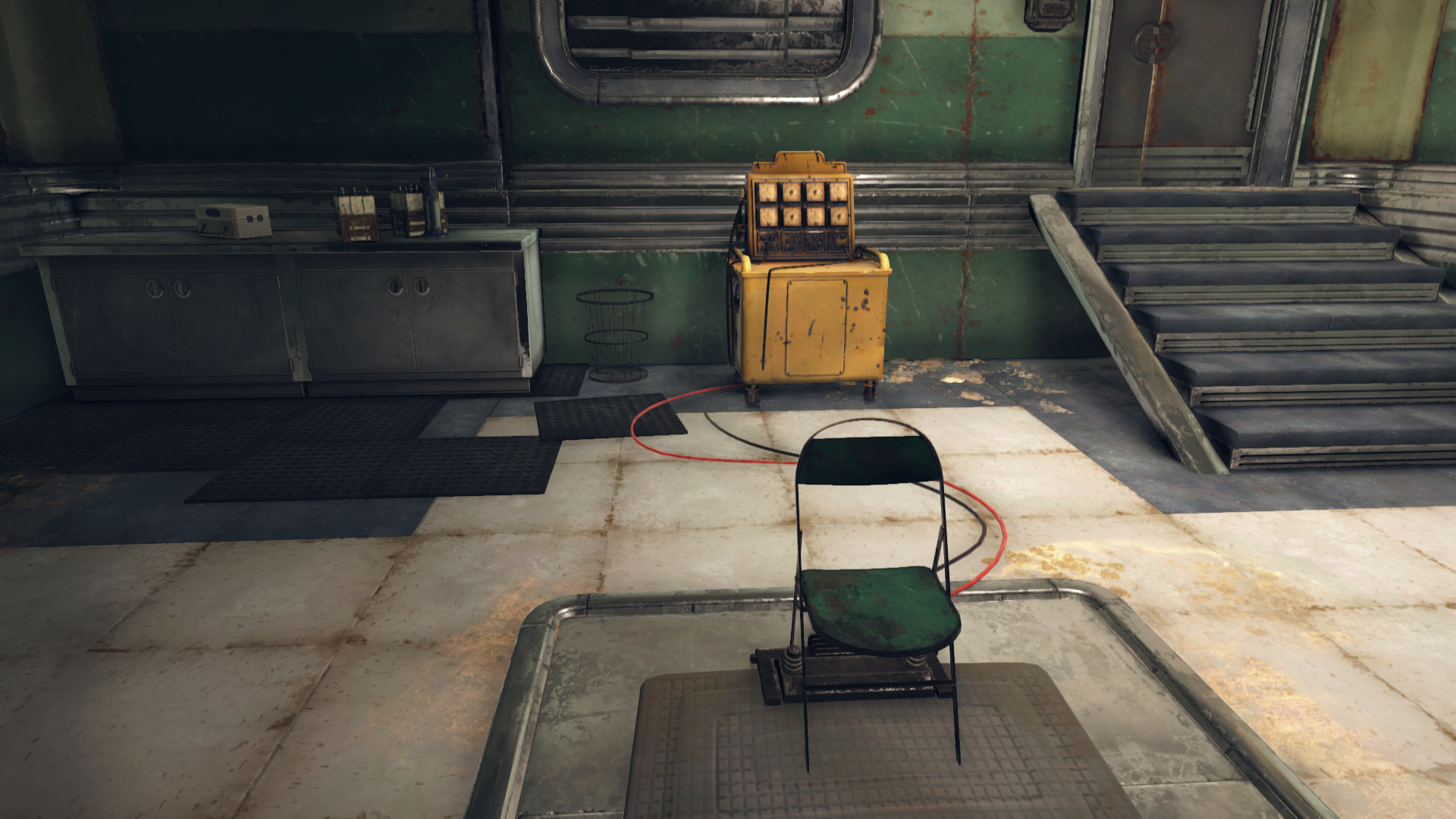 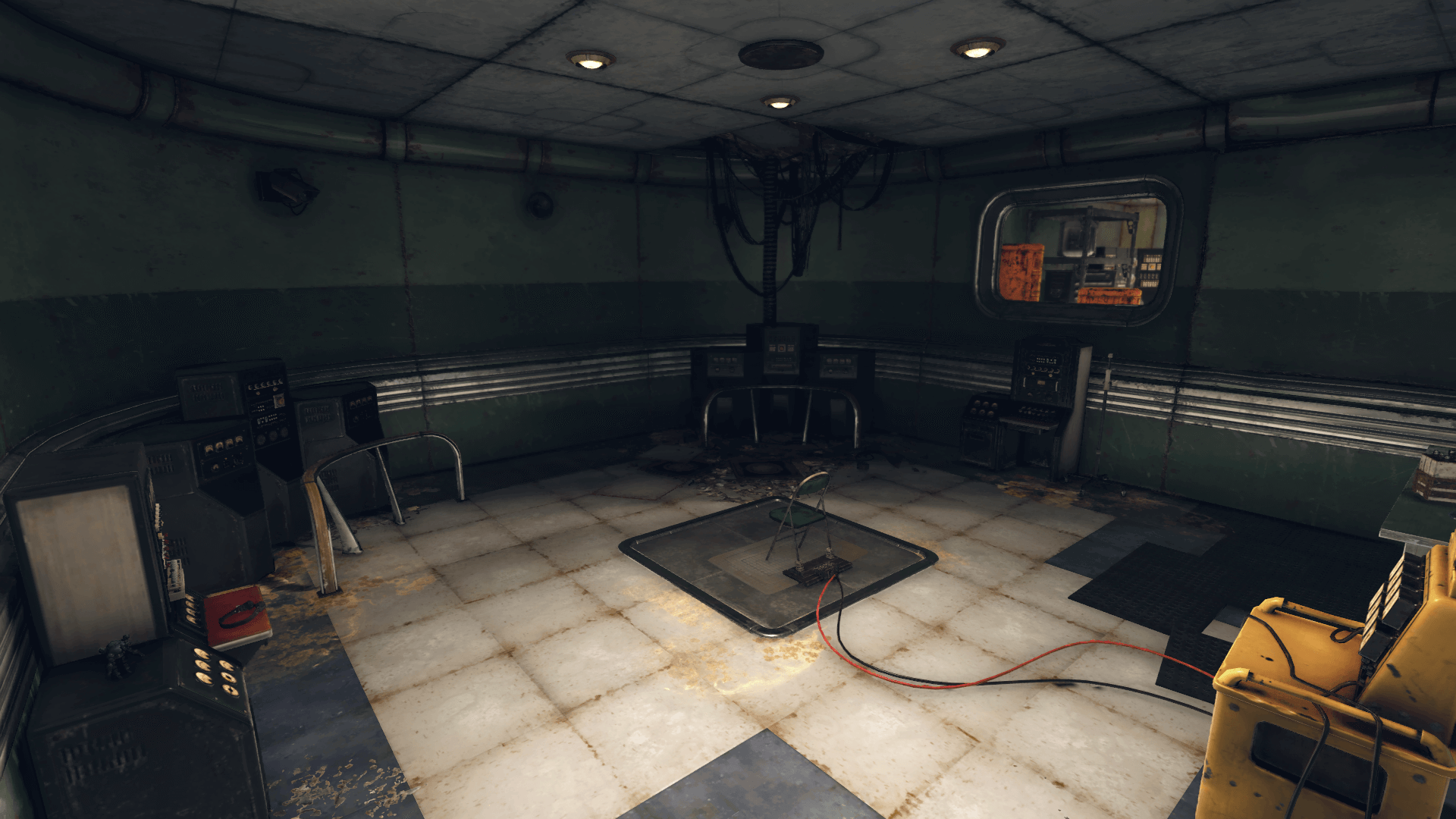 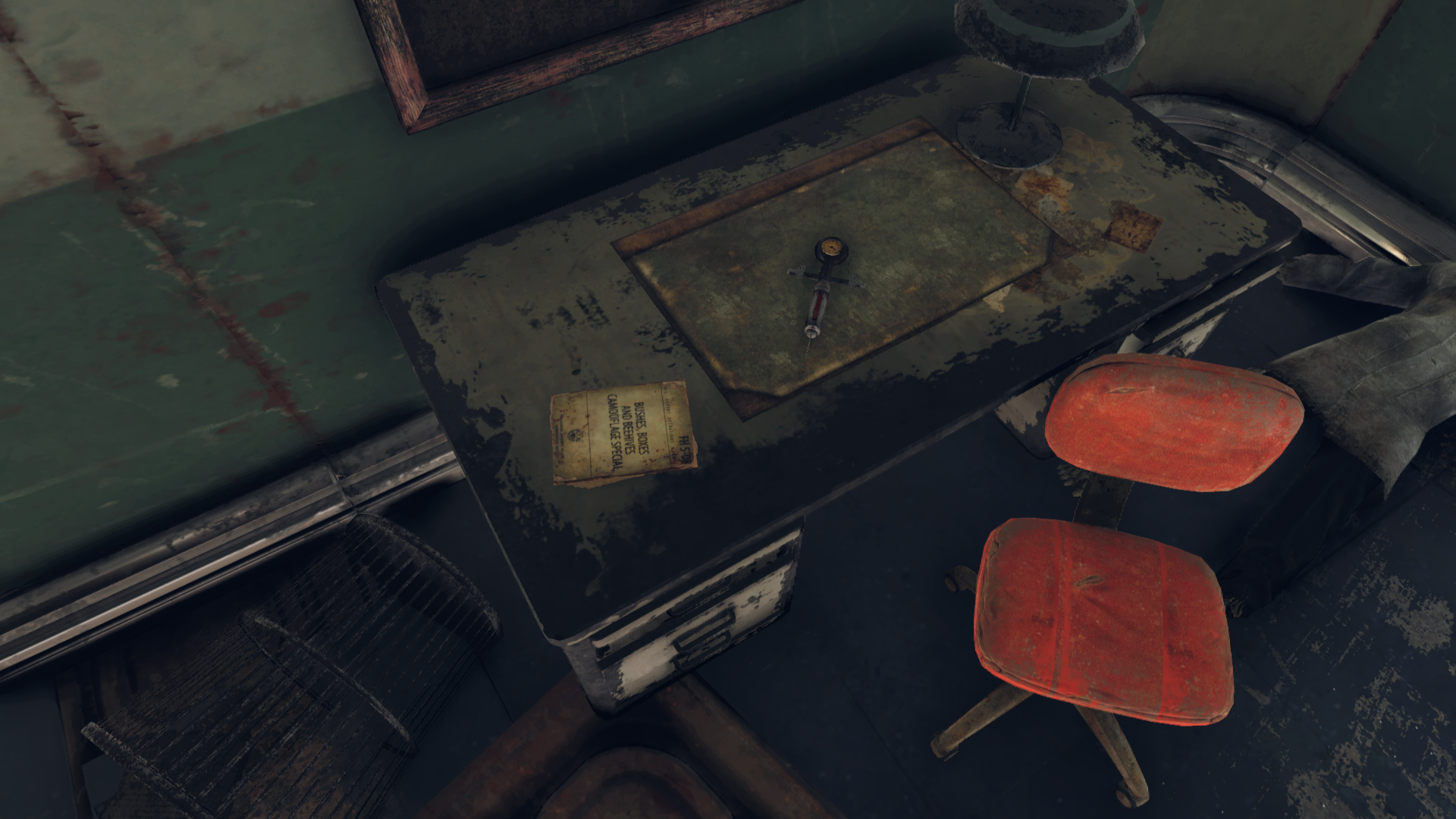 Possible magazine location in the basement 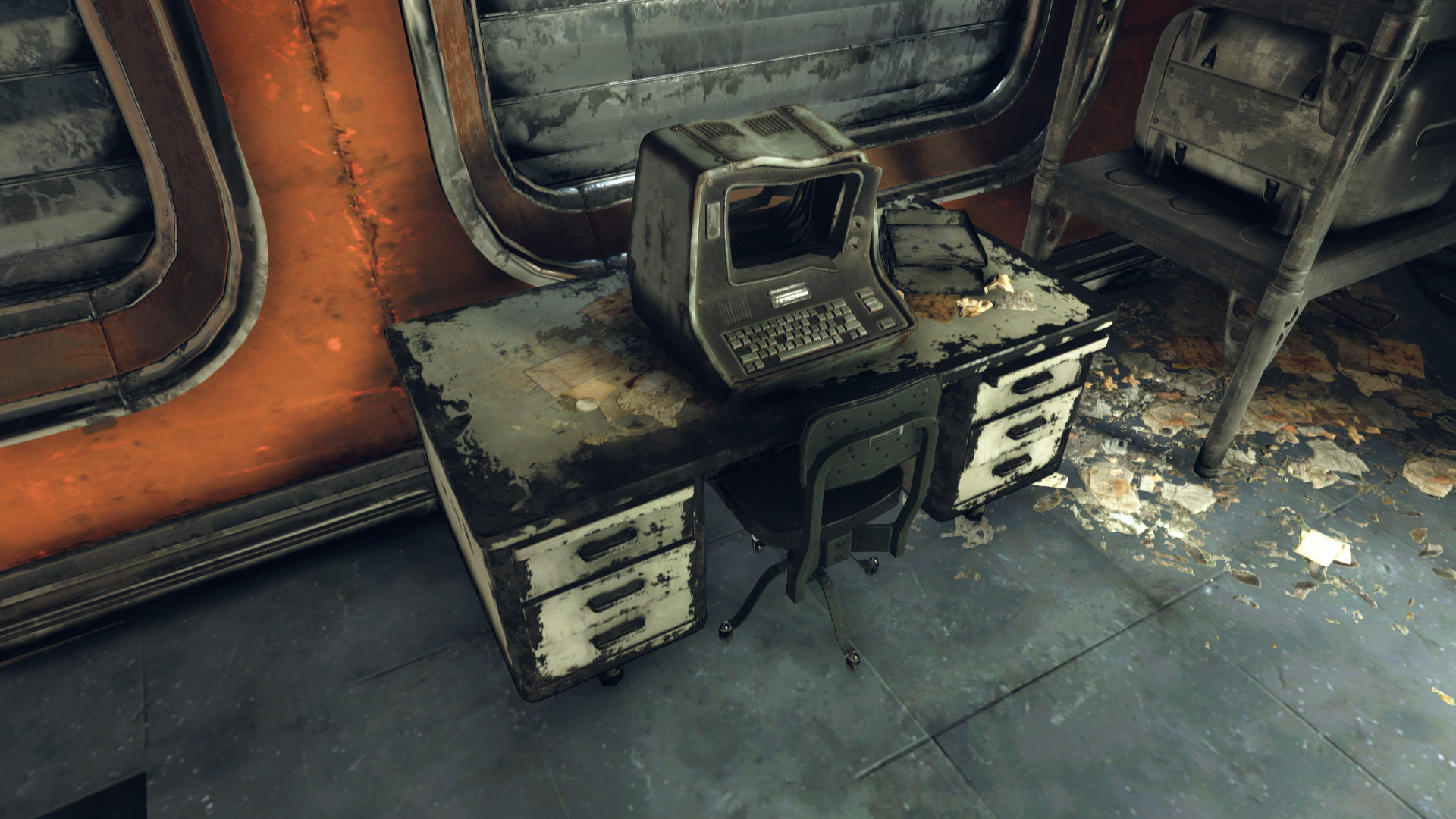 Betsy Spinelli's holotape, in the desk 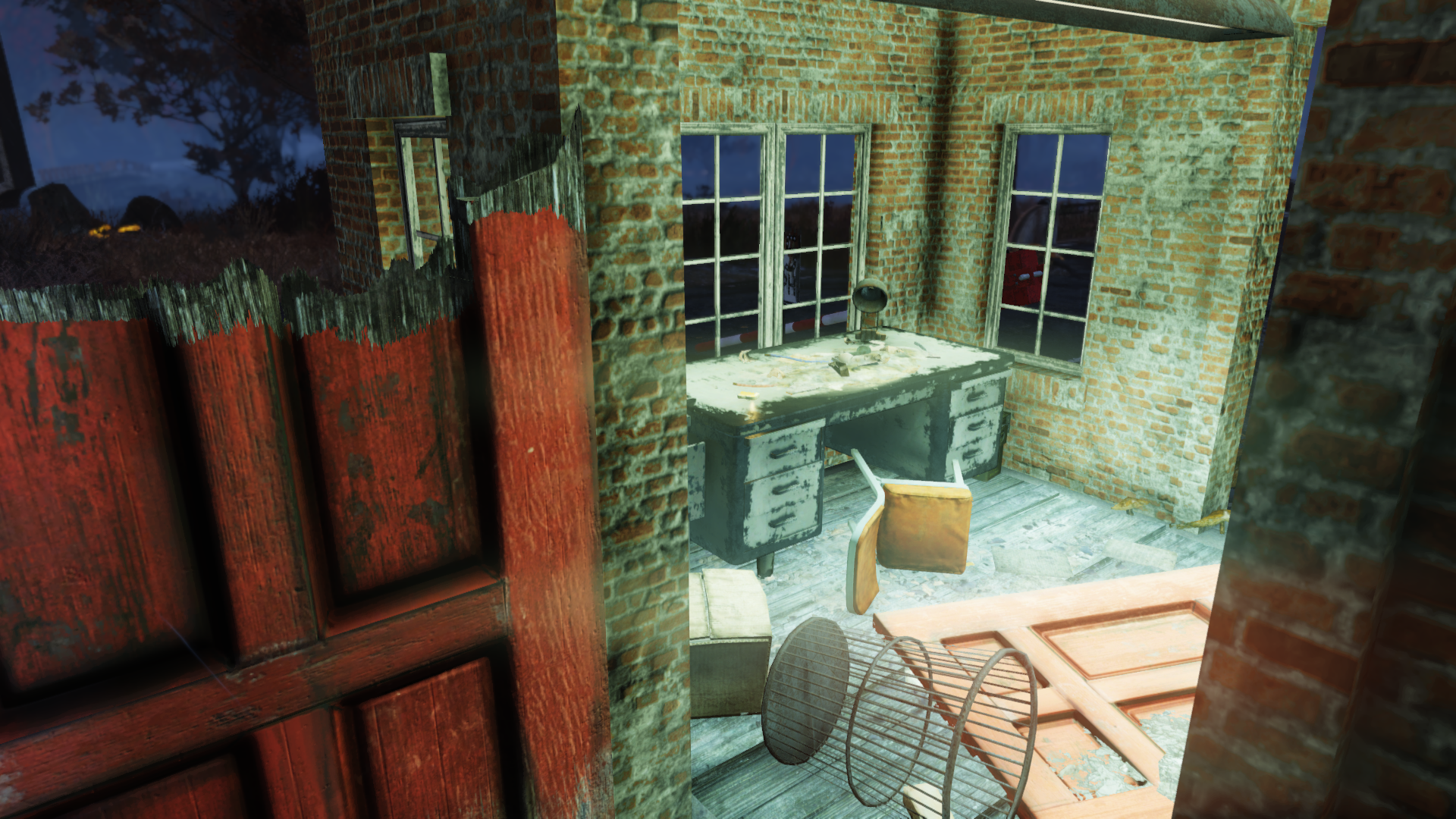 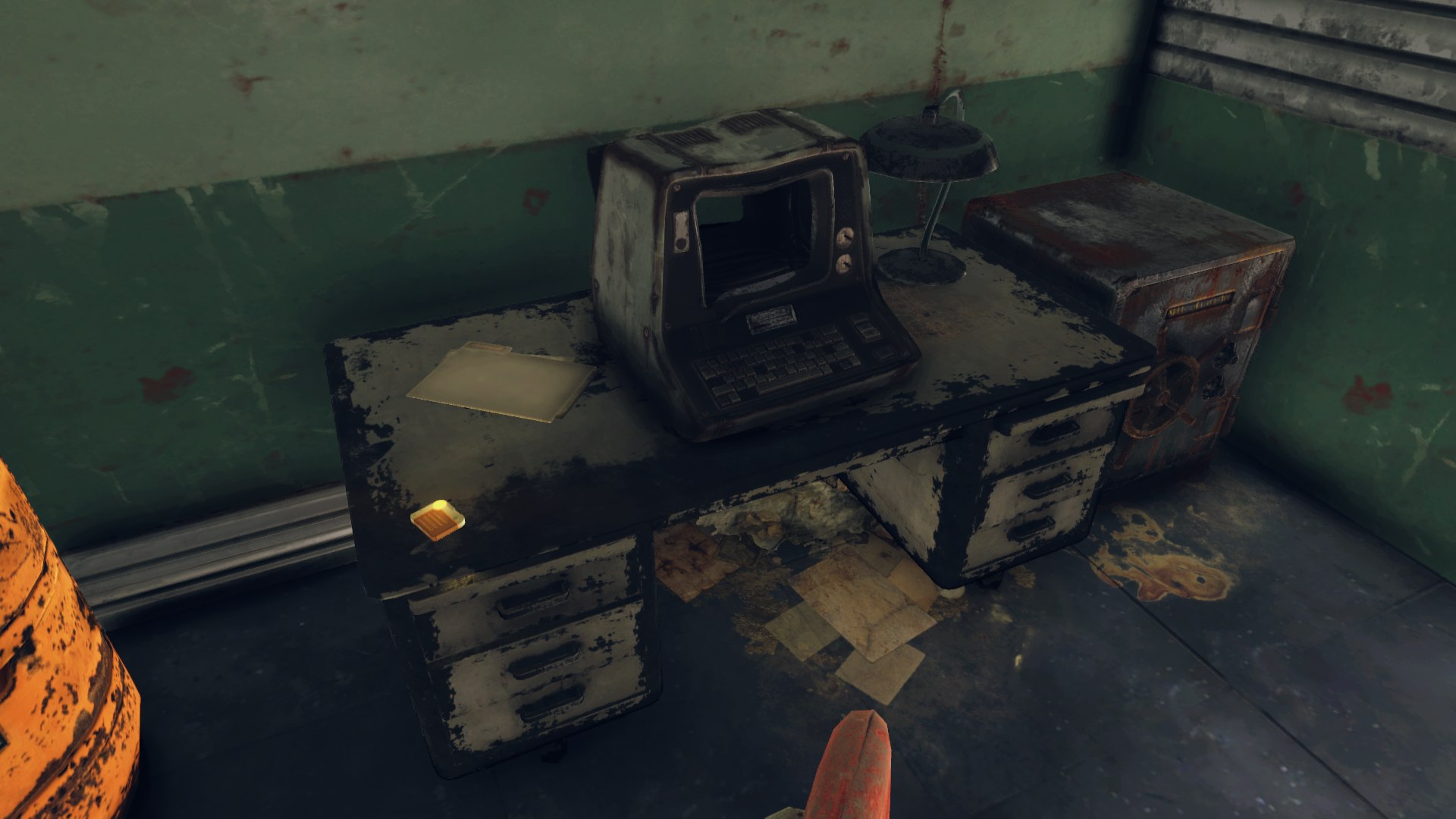 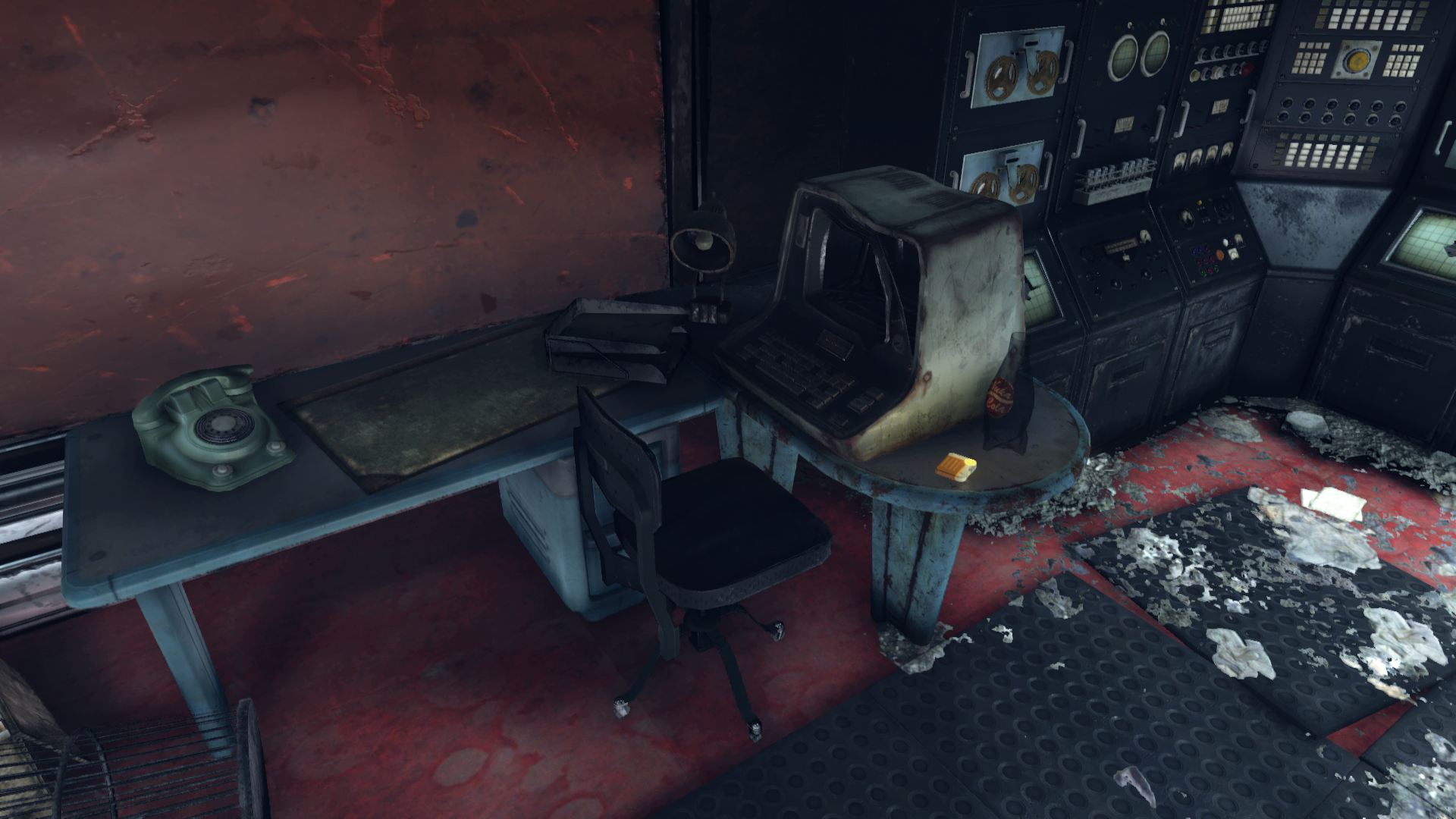 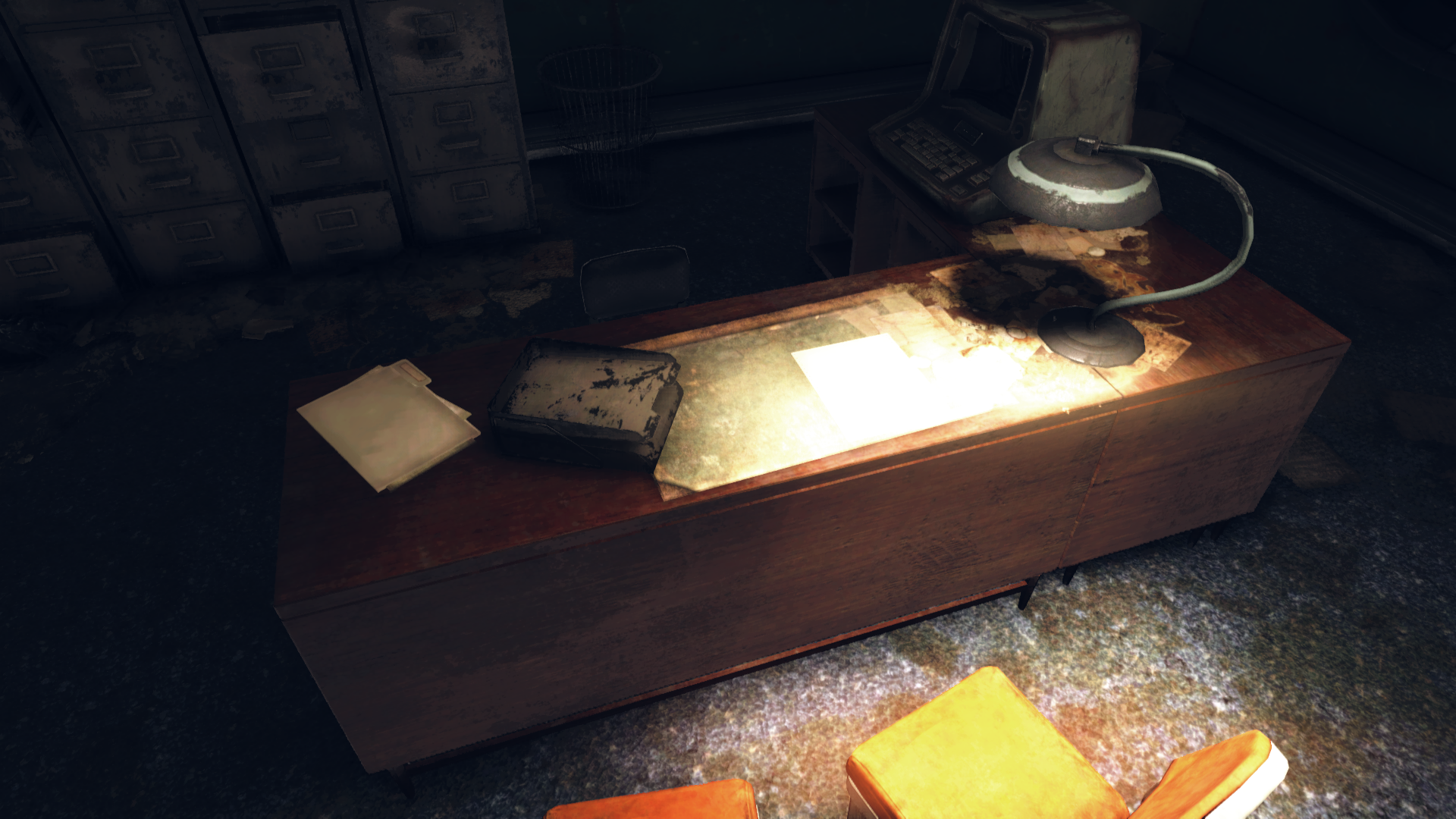