Superior Sunset Farm is a location in the Cranberry Bog region of Appalachia in 2102. It is an abandoned farmstead beside a cranberry bog.

This lone farm was ruined by the devastation brought upon the Cranberry Bog by Atomic Mining Services' experiments, and later used by the scorchbeasts as a nesting spot, judging by the piles of guano left over across the farm.

The perimeter of the farmstead contains a dock, a dilapidated farmhouse and a barn with an armor workbench in it. Leveled enemies spawn around the property and will have to be evaded or killed before looting. A skill level one safe can be found partially submerged in the flooded basement of the farmhouse, while another safe, skill level zero, can be found on the second floor beneath the collapsed ramp which leads to the roof. 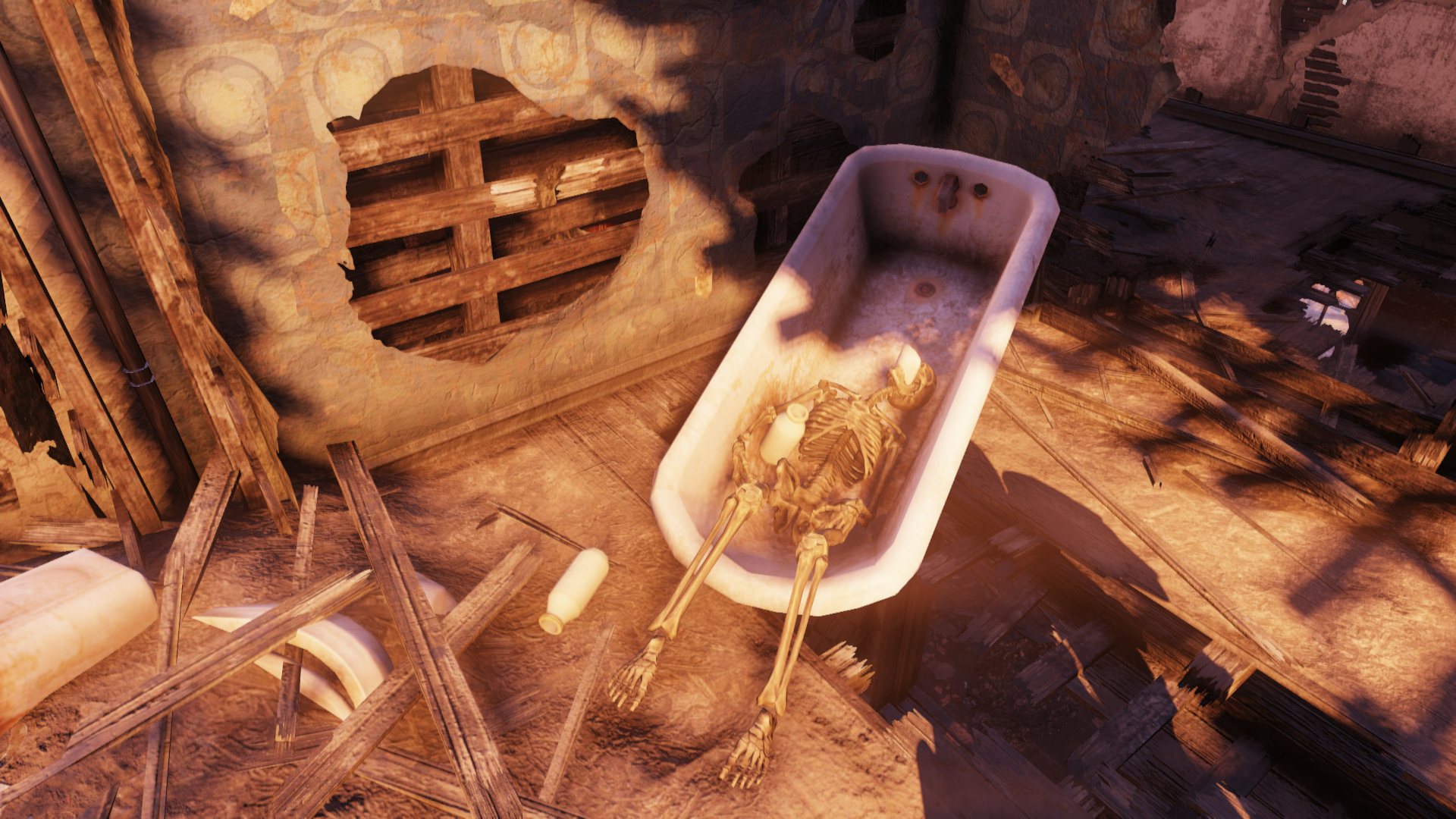 Skeleton on the second floor with a bar of soap in its mouth
在此图库中添加照片
取自“https://fallout.fandom.com/zh/wiki/絕佳日落農場?oldid=24355”
社区内容除另有注明外，均在CC-BY-SA协议下提供。