Solomon's pond is a location in the Savage Divide region of Appalachia in 2102.

Although Solomon's pond seems to be a simple farming property, the farmhouse's basement has a terminal designating it as "監聽站4D-20." Agent Kensington, now a glowing one, used to work here alongside Sawyer Lang and Enrique Gómez and applied a strong security level to the terminal.

Solomon's pond consists of a farmhouse and a couple of shacks surrounding it, located next to a small pond. There is a weapons workbench, tinker's workbench, chemistry station and two cooking stations at the property. There are also numerous harvest nodes around it (blackberries, firecracker berries, and wild carrot flowers). The only part of the farmhouse that is accessible is its basement, which contains a holotape repair terminal.

A few Scorched have made it their home, and floaters can spawn here, as well. To the southwest, down several rock terraces, there is an unmarked pond occupied by a behemoth super mutant, with a blue pumping station on its northern edge and a truck loaded with radioactive waste. The pond may have been used for illegal waste dumping.

Solomon's pond appears only in Fallout 76. 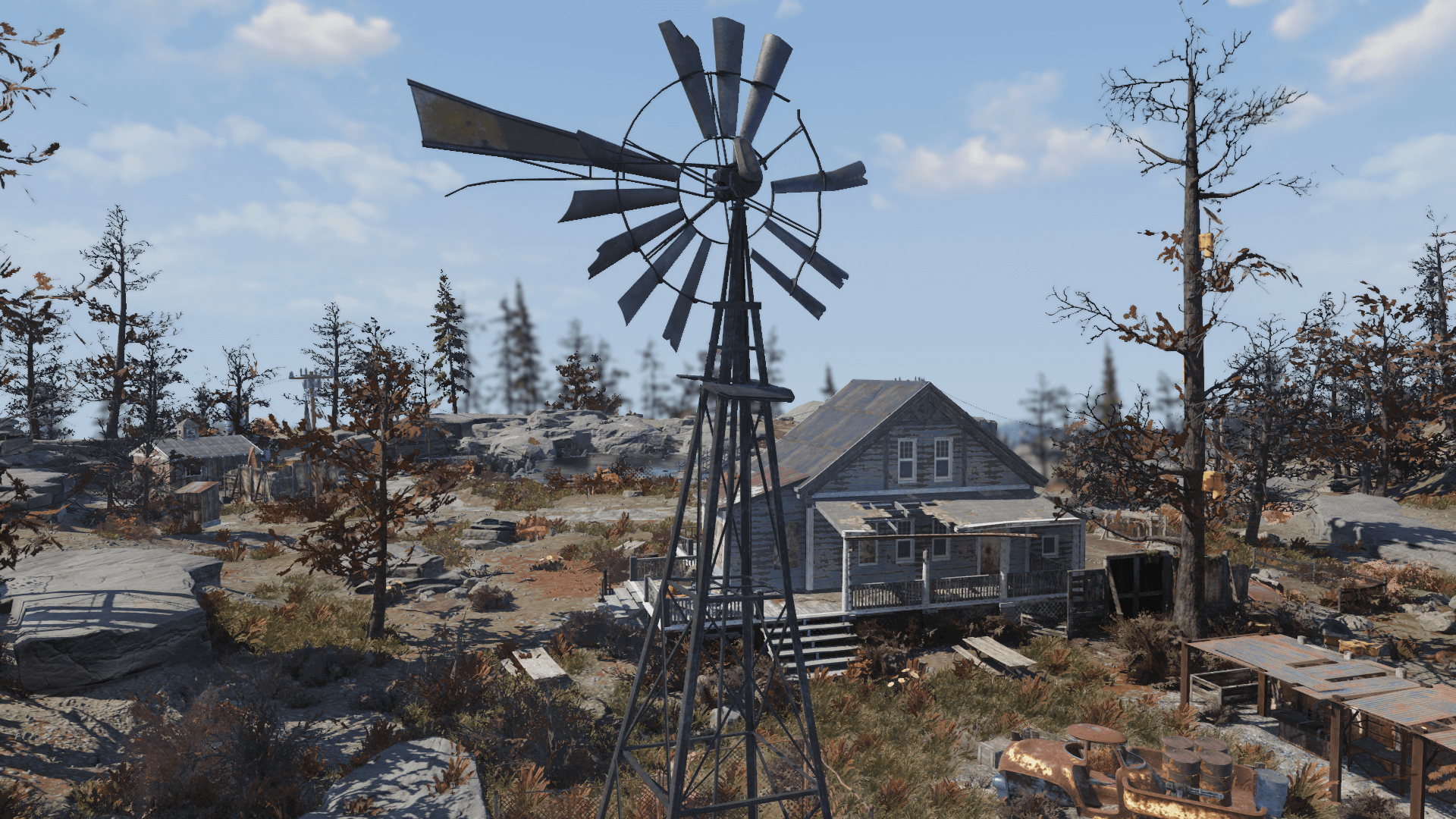