Emogene Takes a Lover
The Silver Shroud
The Cleaner

The Third Rail is a bar in Goodneighbor in 2287.

The Third Rail is a bar located in a repurposed subway station. The bar is owned by John Hancock, the mayor of Goodneighbor, but is tended by a Mister Handy with a cockney accent named Whitechapel Charlie.

A singer named Magnolia performs frequently in the Third Rail, making it one of the only places in the entire Commonwealth with live entertainment. Also, MacCready, a potential companion, can be found here.

The Third Rail is a subway station, initially there's a small area with a bathroom to the right and the bouncer Ham. Down the stairs there's the bar, off to the right there's a back room.

The Third Rail appears only in Fallout 4. 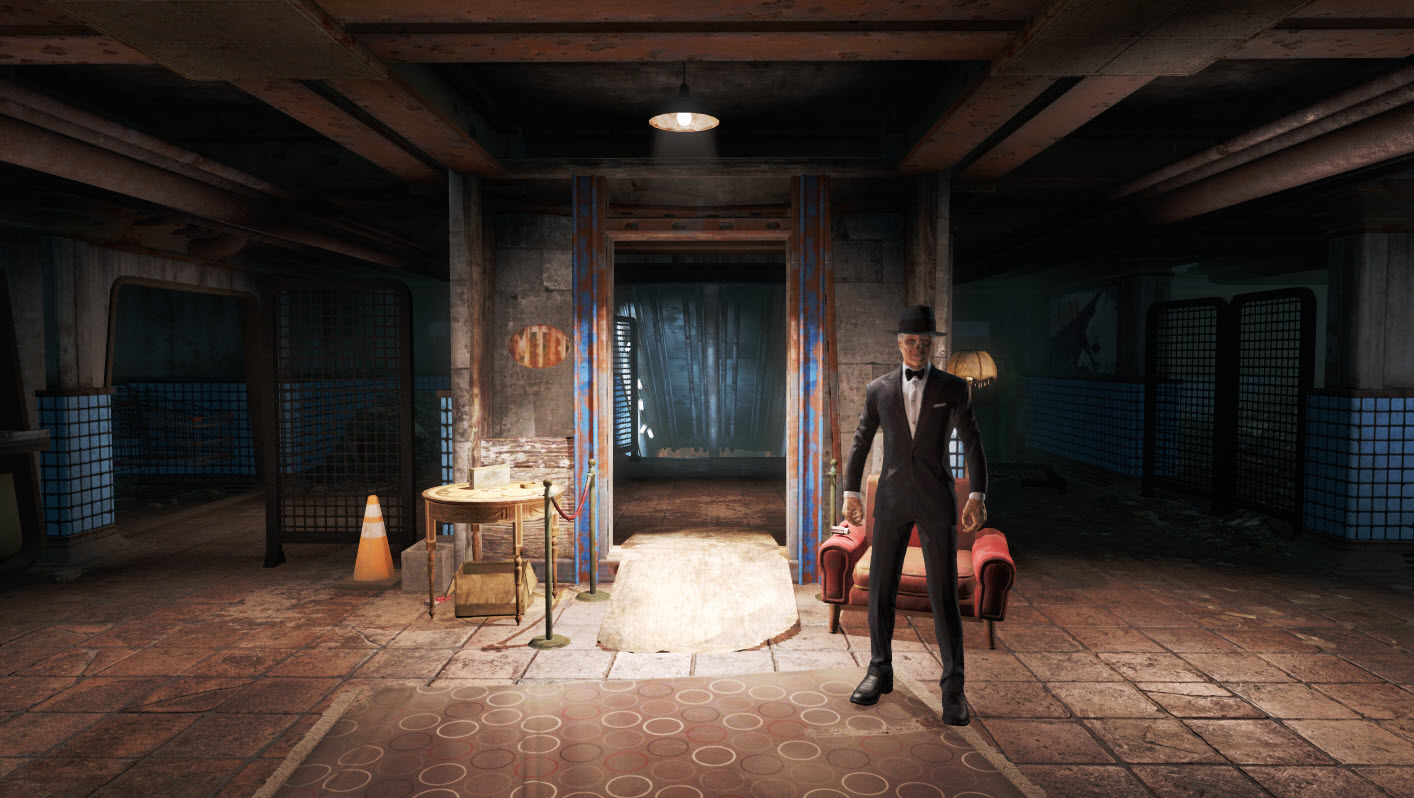 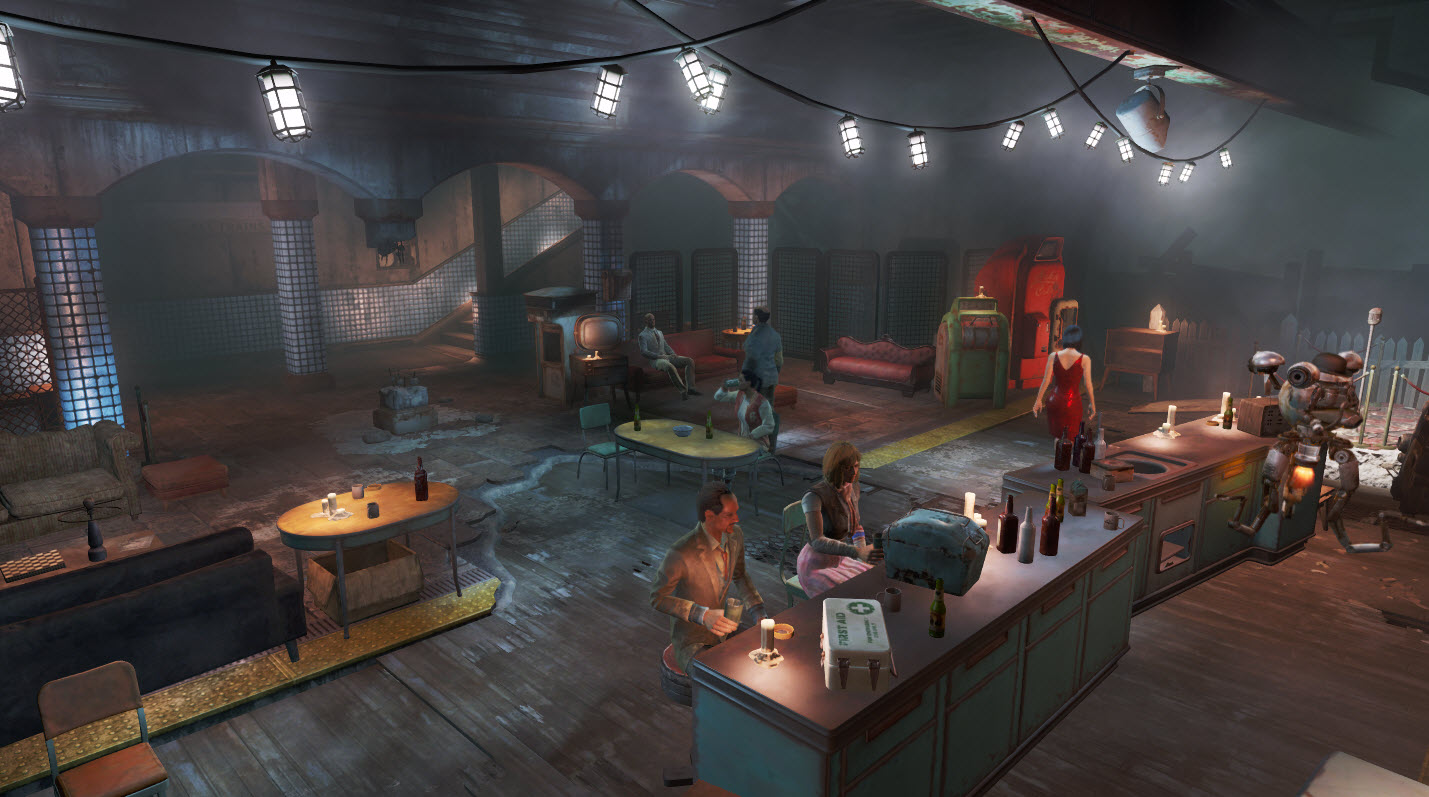 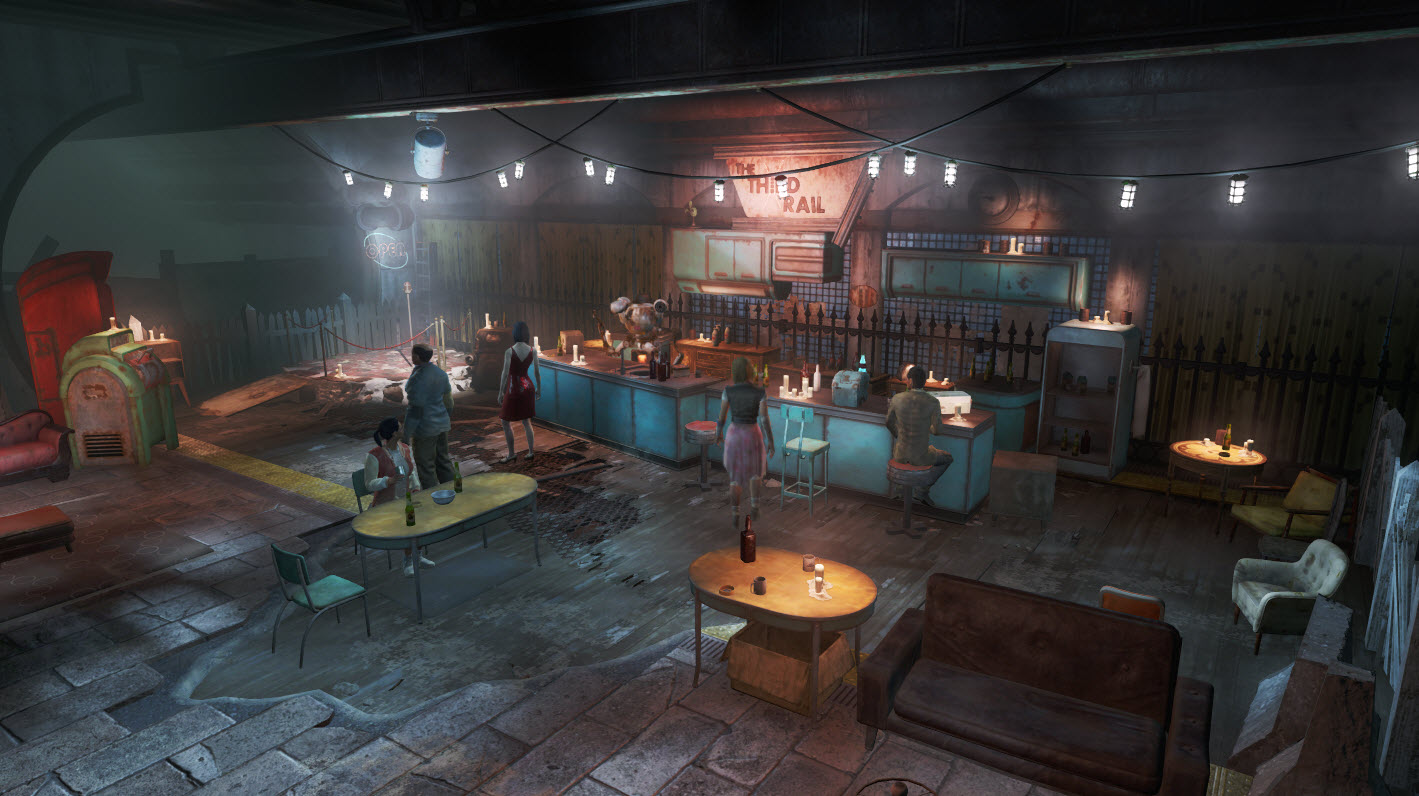 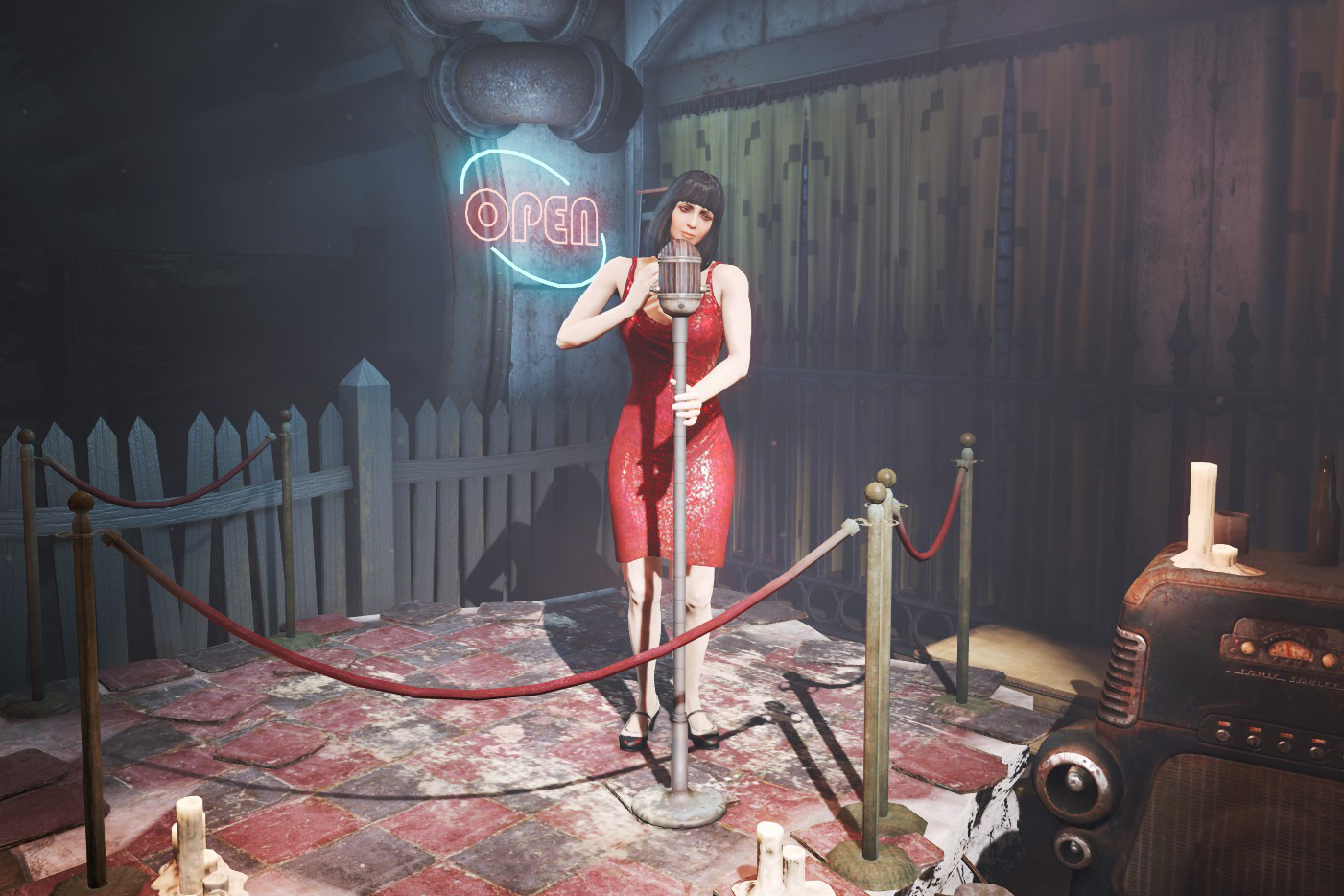 Magnolia singing on the scene 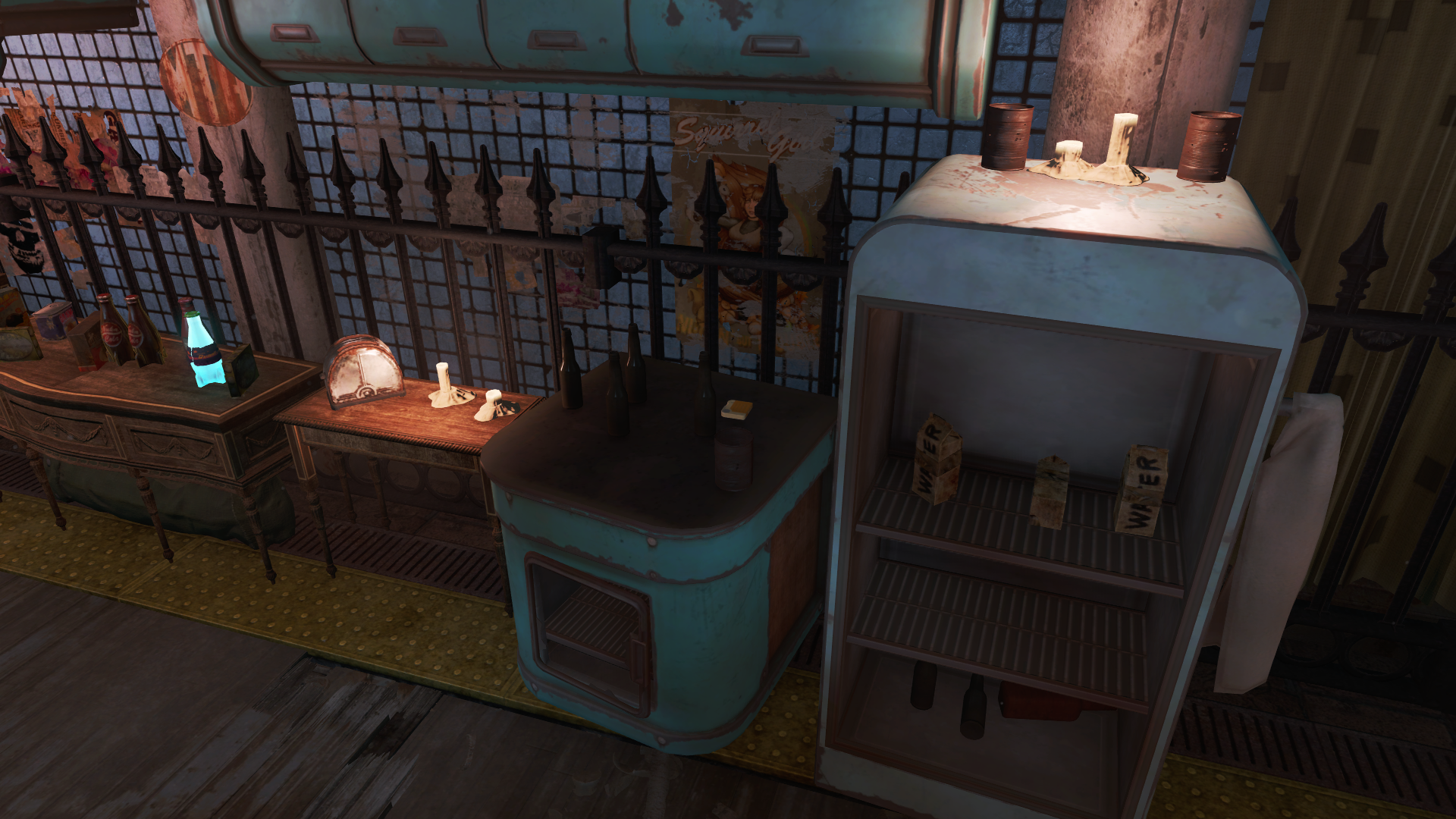 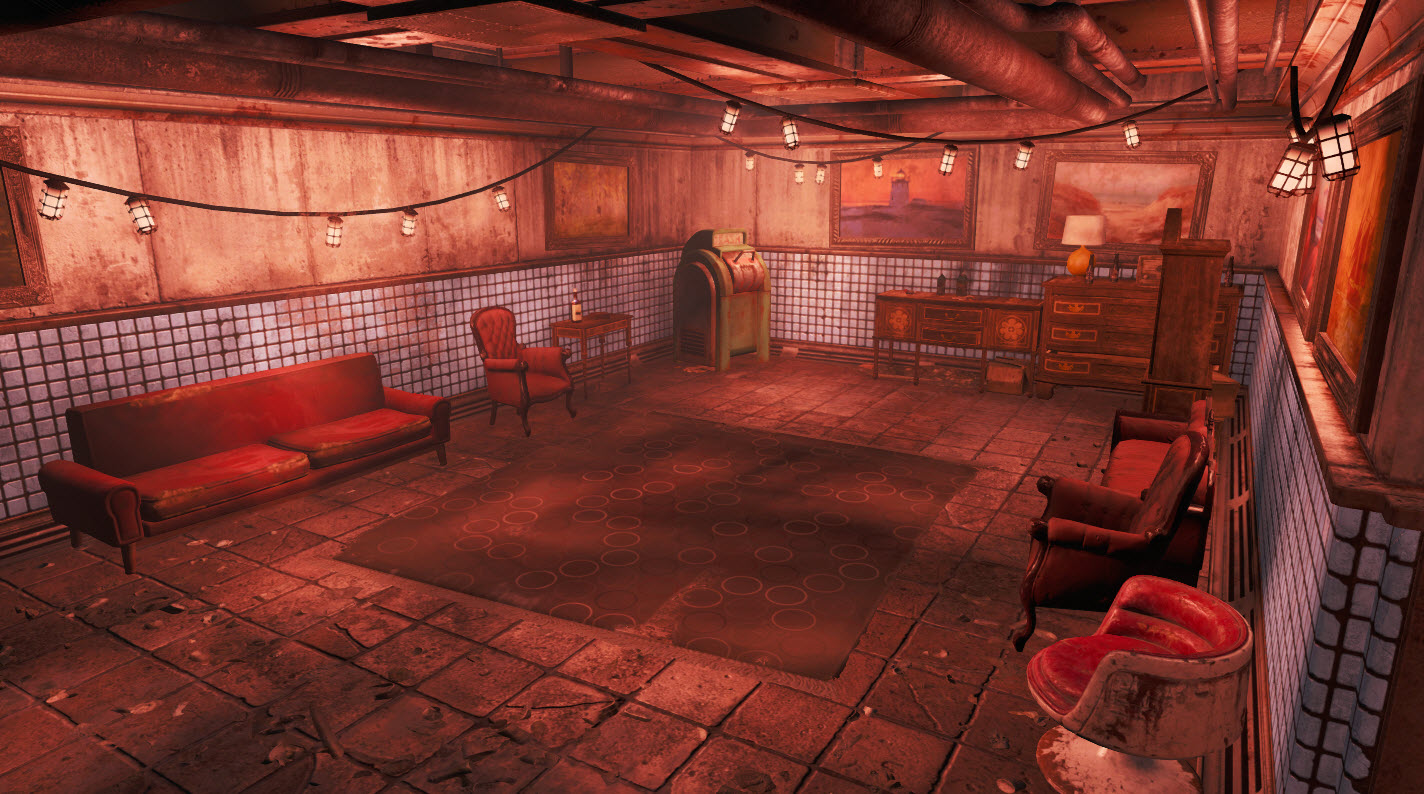 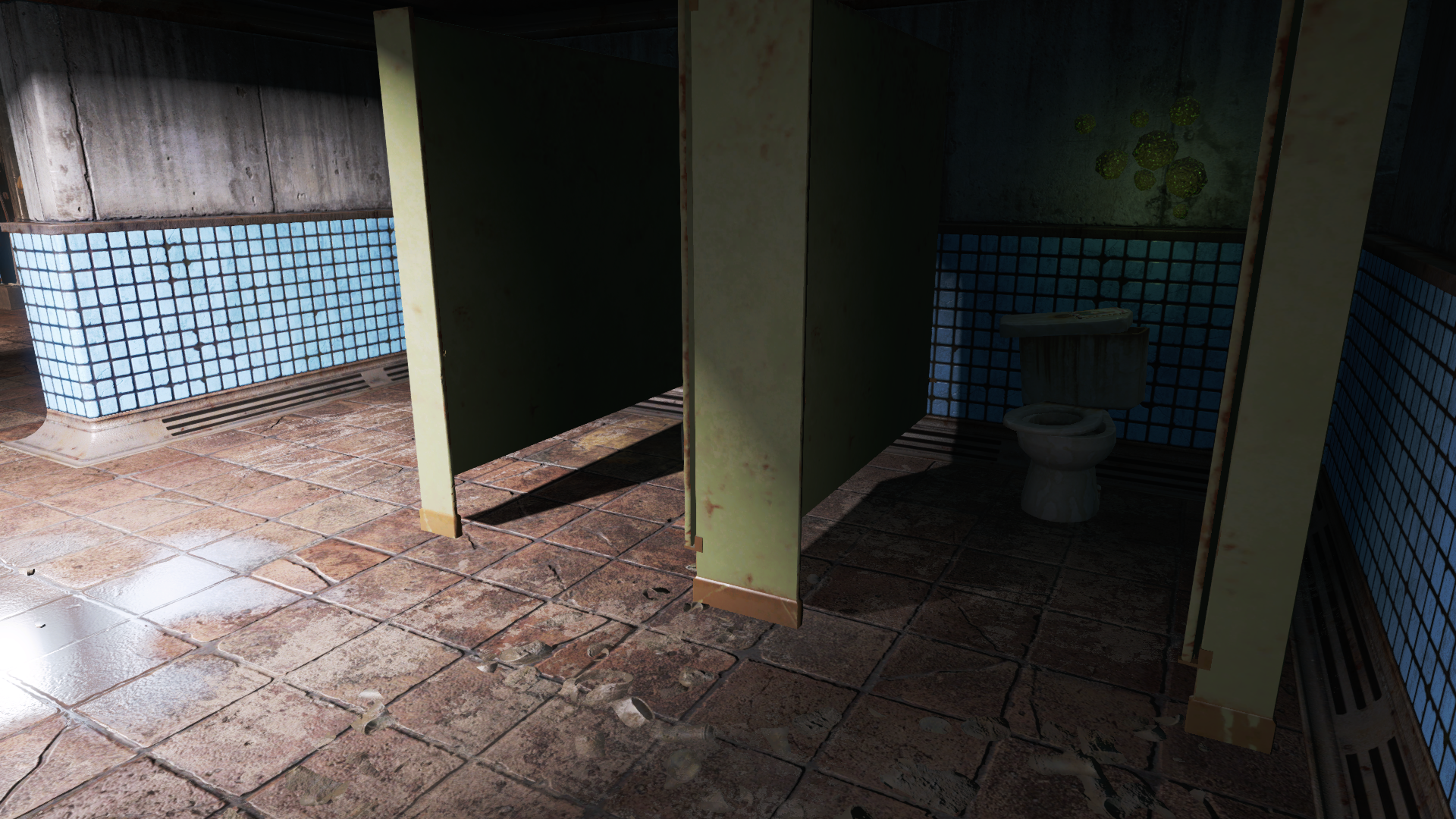 The Live & Love issue #6 can be found on top of the back end of the toilet in the last stall.
在此图库中添加照片