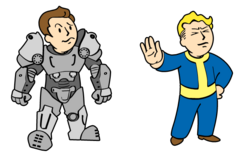 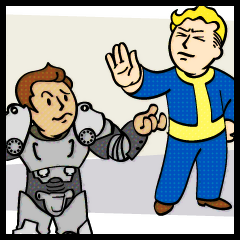 “I wish Maxson had sent someone else. But that doesn't change a thing. I'm a synth, which means I need to be destroyed. If you disobey your orders, you're not only betraying Maxson, you're betraying the Brotherhood of Steel and everything it stands for. Synths can't be trusted. Machines were never meant to make their own decisions, they need to be controlled. Technology that's run amok is what brought the entire world to its knees and humanity to the brink of extinction. I need to be the example, not the exception.”— Danse

Blind Betrayal is a Brotherhood of Steel main quest and achievement/trophy in Fallout 4.

If the Survivor enters the bunker and is seen by Danse, then leaves the bunker, Danse will commit suicide.