White Powder Winter Sports is a location in the Forest region of Appalachia in 2102. It is on the border with the Savage Divide, and can be found west of the Top of the World.

Before the Great War, White Powder Winter Sports was a sporting equipment store situated near the Top of the World ski resort. One survivor of the war took shelter in the store and witnessed the plane that would become part of Horizon's Rest crash nearby. The survivor was raided twice - the first time, they killed both of the thieves, but the second time, they only killed one of them, while the other escaped after shooting them in the right shoulder. The survivor eventually succumbed to their injuries.[1]

The store may either be occupied by feral ghouls or super mutants. The parking lot is a potential landing site for a government aid drop and the entrances on level with it lead to the store's top floor. It holds a number of skiing and other sports-related items, as well as a weapons workbench. An eastern exit leads to a balcony with stairs that go down to an employee and checkout area. A cooking station can also be utilized here, as can a tinker's workbench.

Black color scheme for the logo 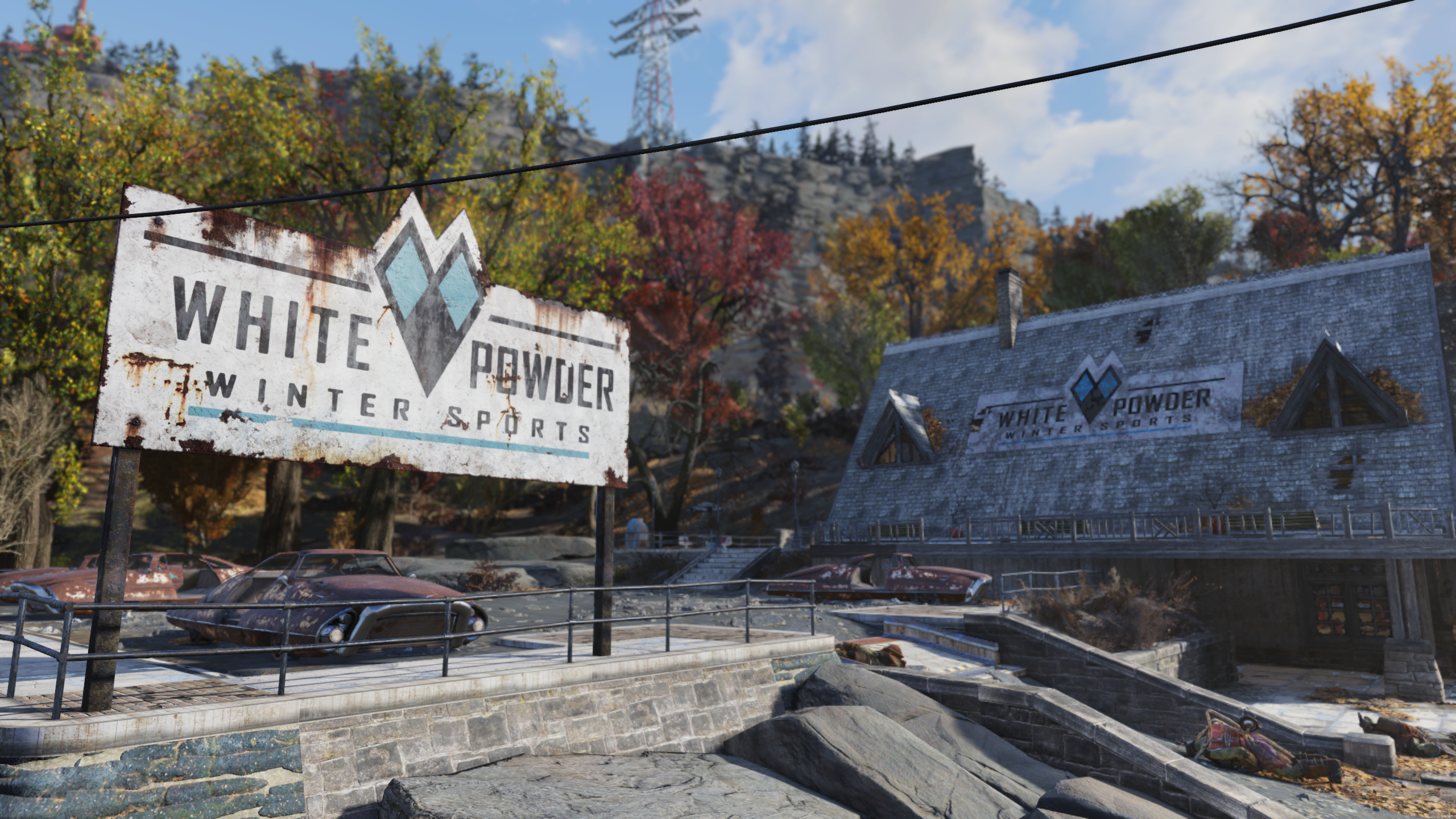 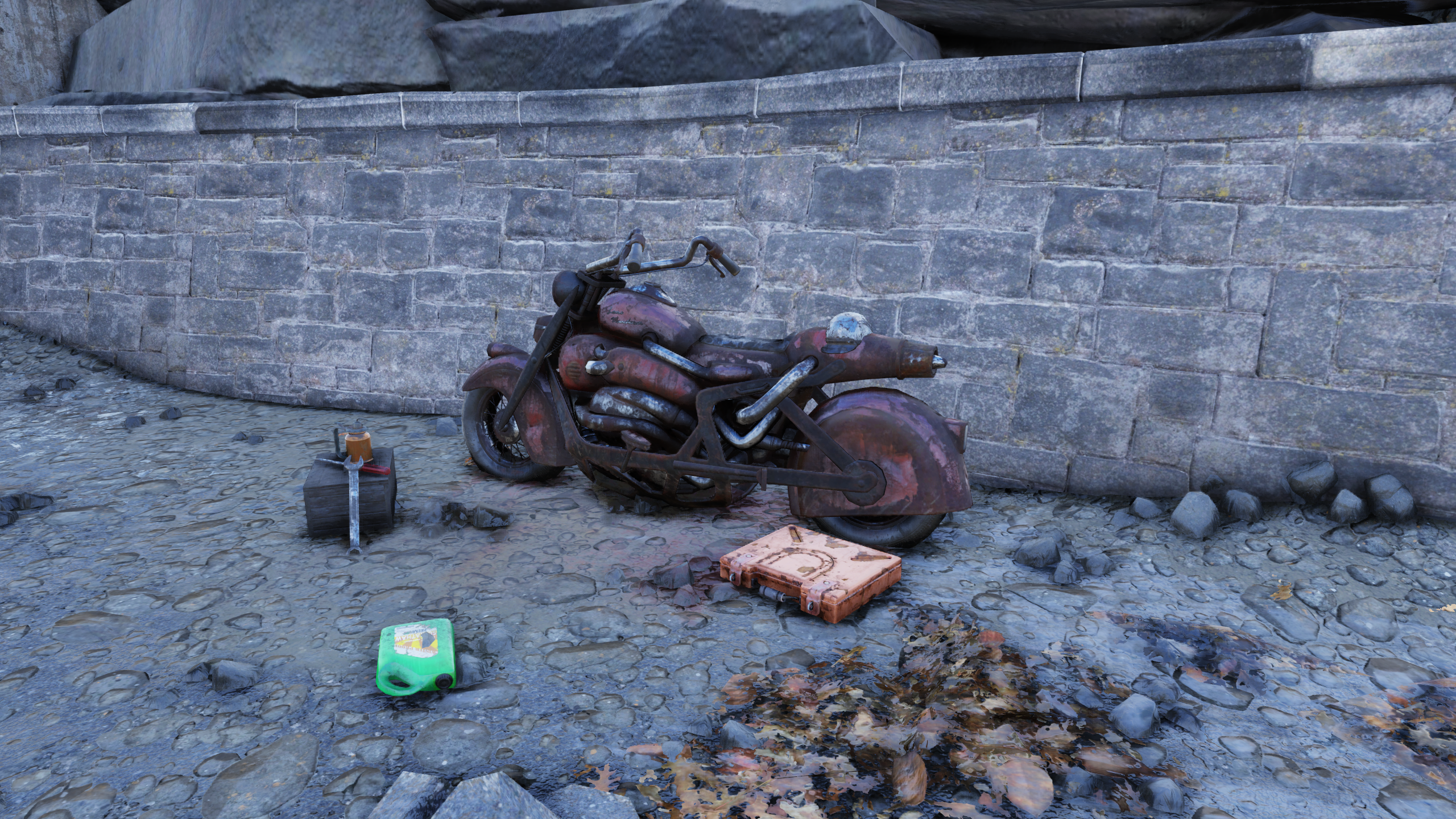 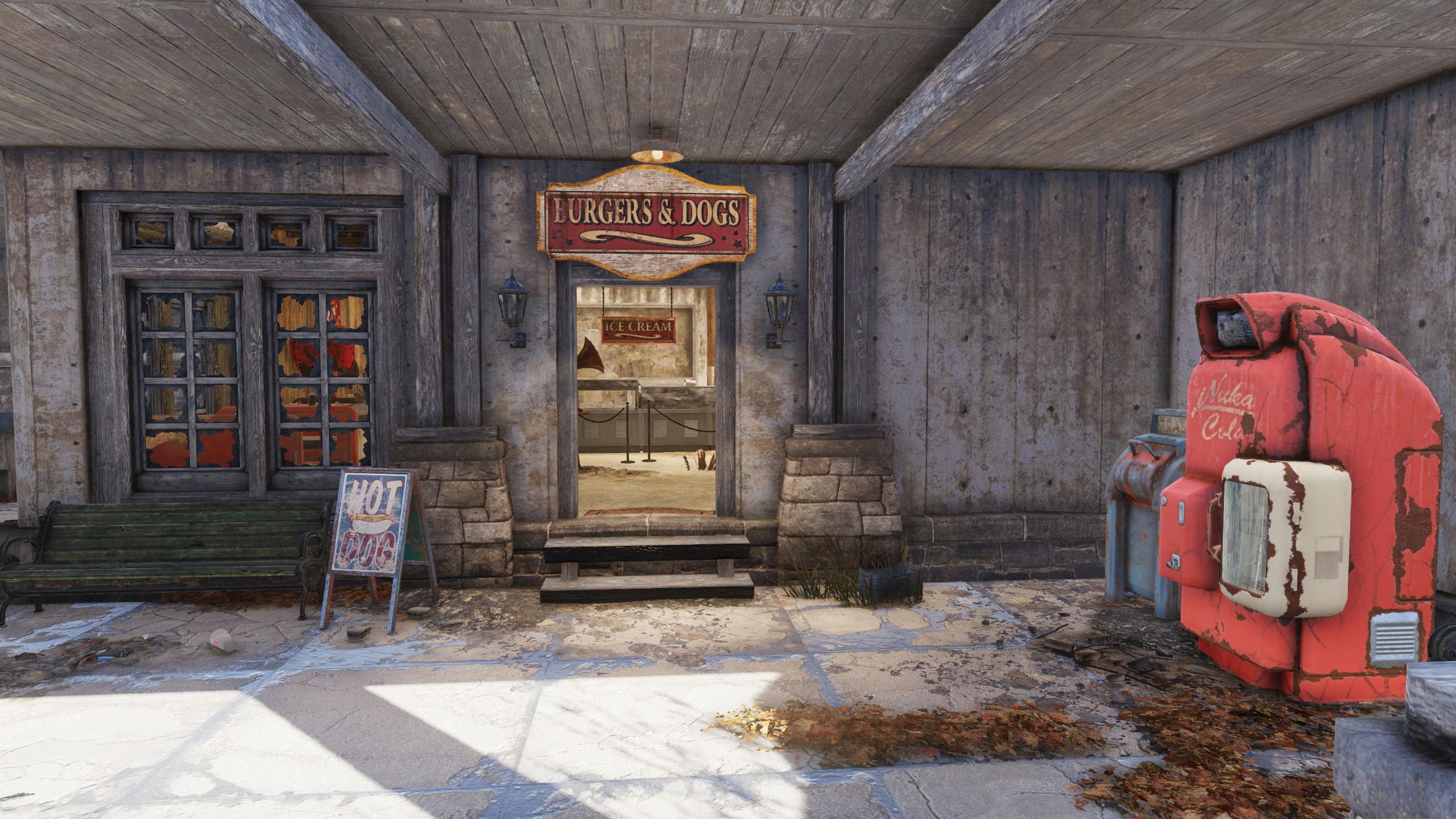 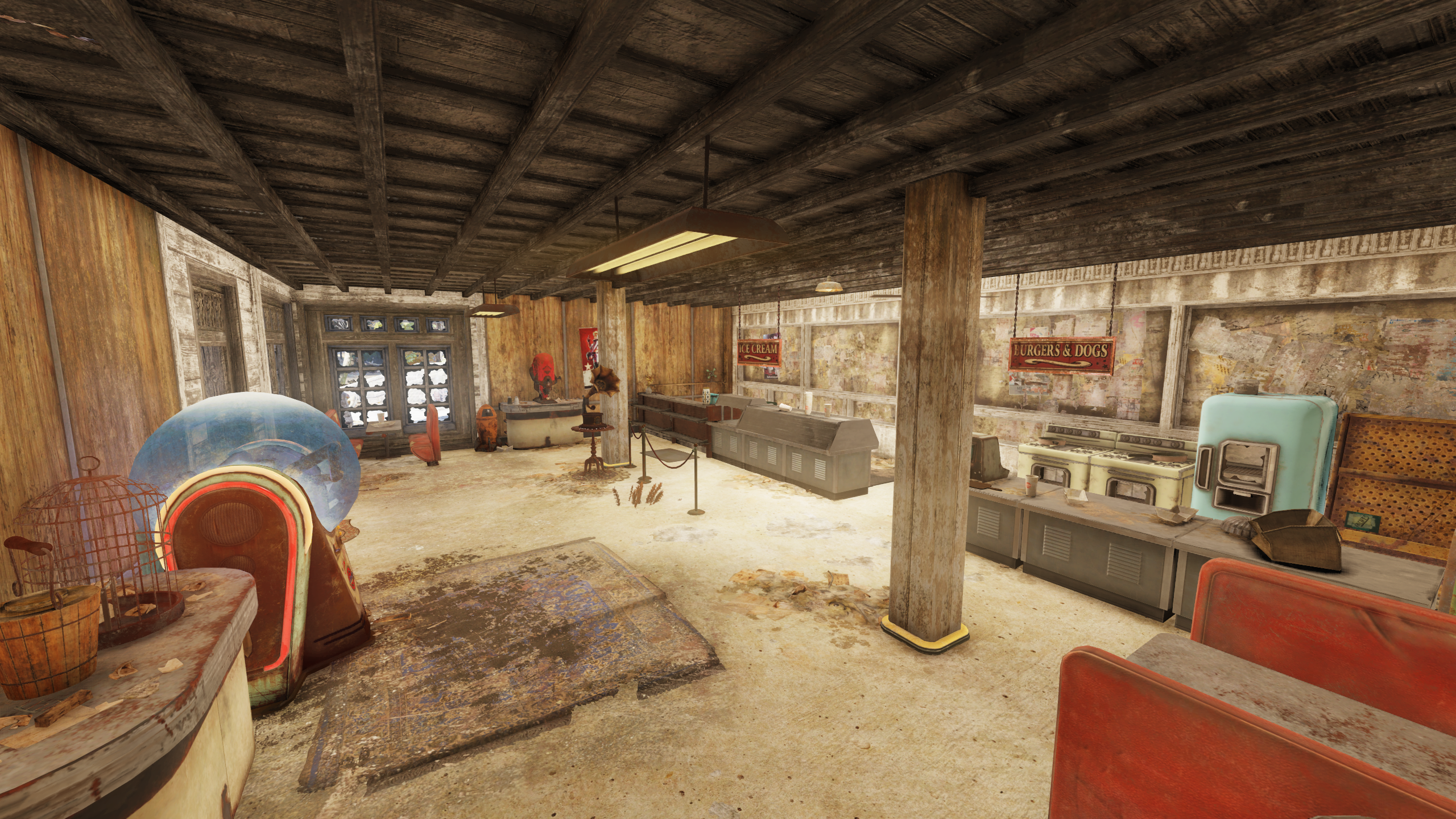 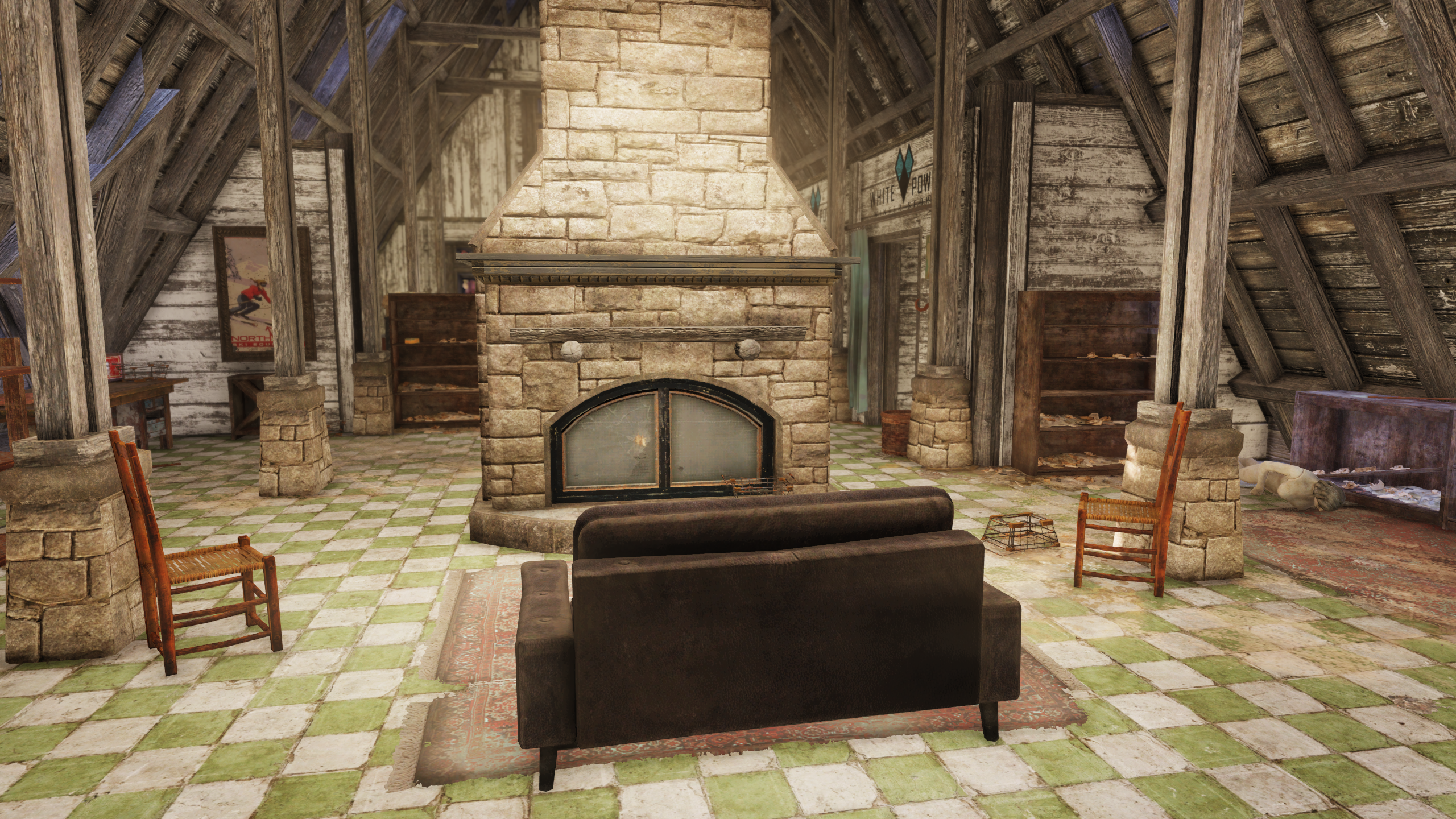 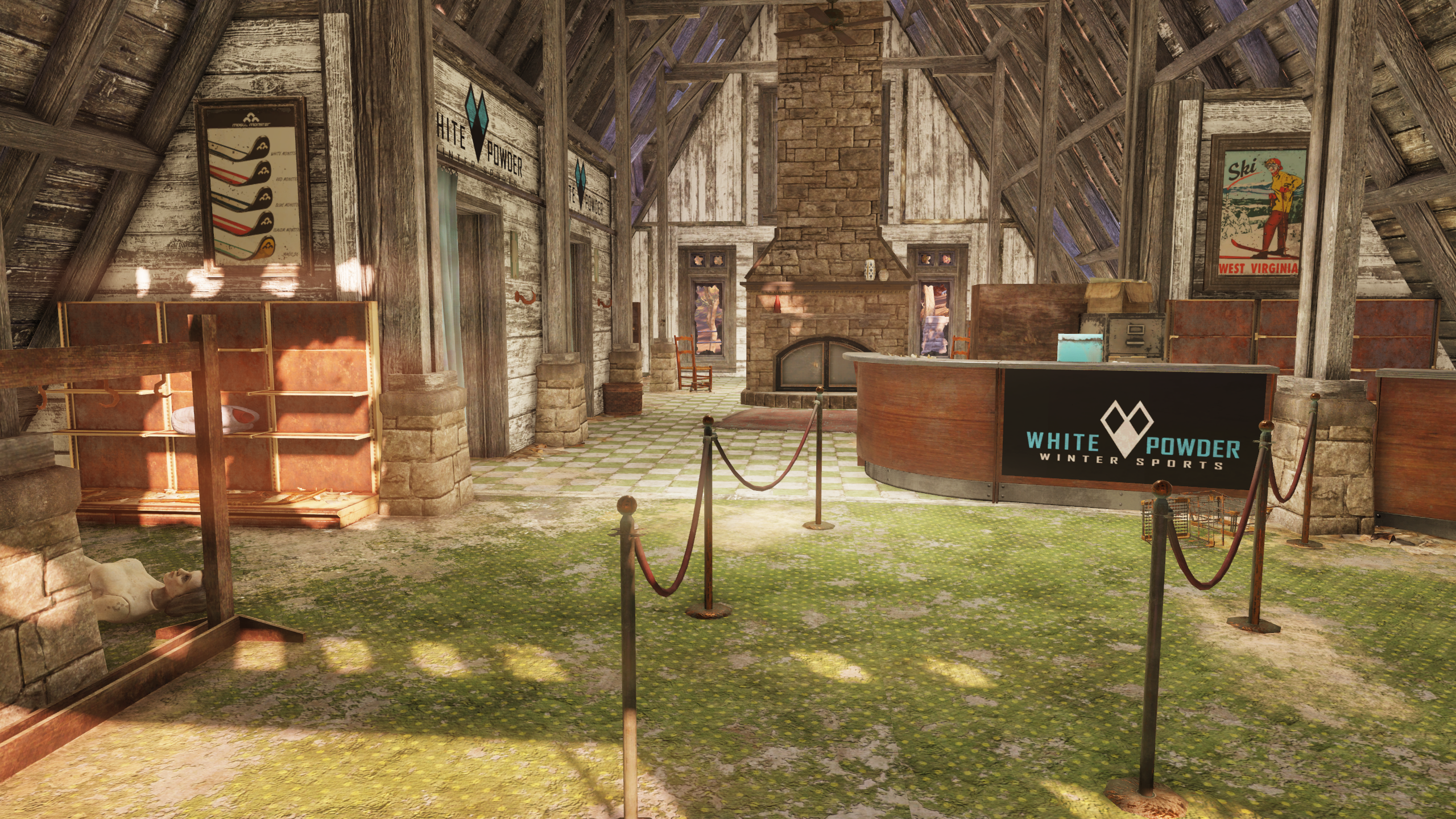