消除變因
Speak of the Devil

Wattz Consumer Electronics is a location within Cambridge in 2287.

Inside is a small store that used to sell Wattz Electronics products. It is full of robots that are non combative by default. They will not react to being shot and destroyed while in this state. The floor of the first floor has caved in directly in front of the main entrance, only allowing a small ledge to stand on, the edge of the room can be traversed. Three different staircases lead to three different areas, one of which is a locked cage, and another is an office with a steamer trunk and a terminal that controls a nearby safe. In the basement, a terminal activates a demo mode, this will turn all of the robots hostile. The robots do not level and at higher levels will not be a threat. 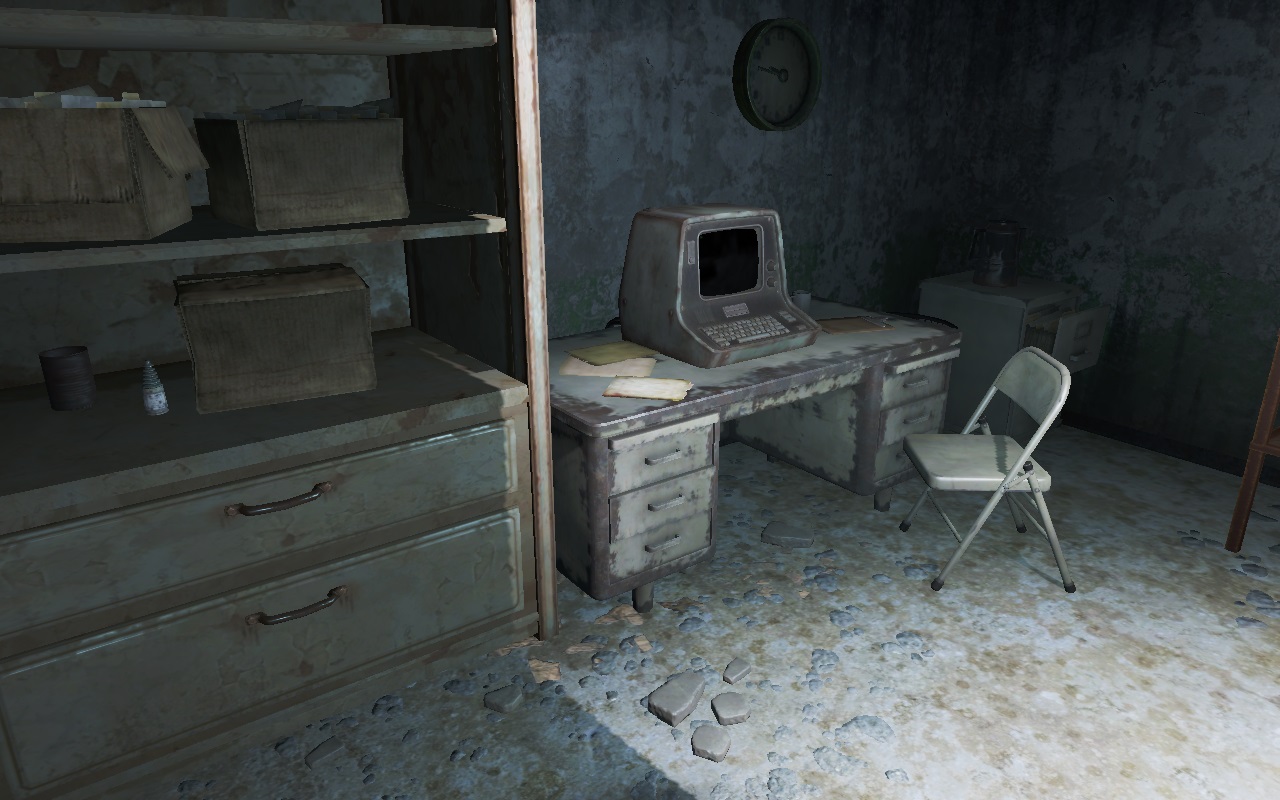 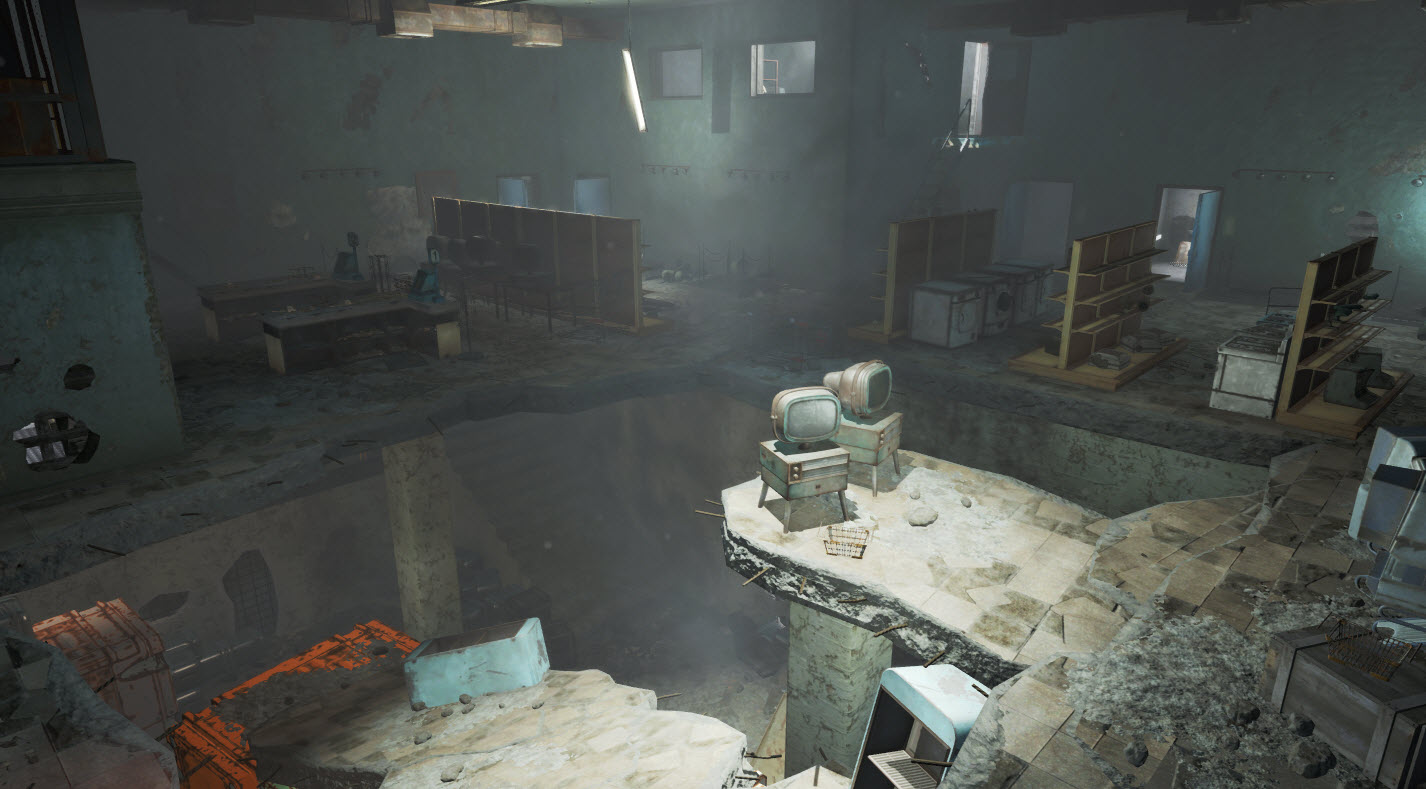 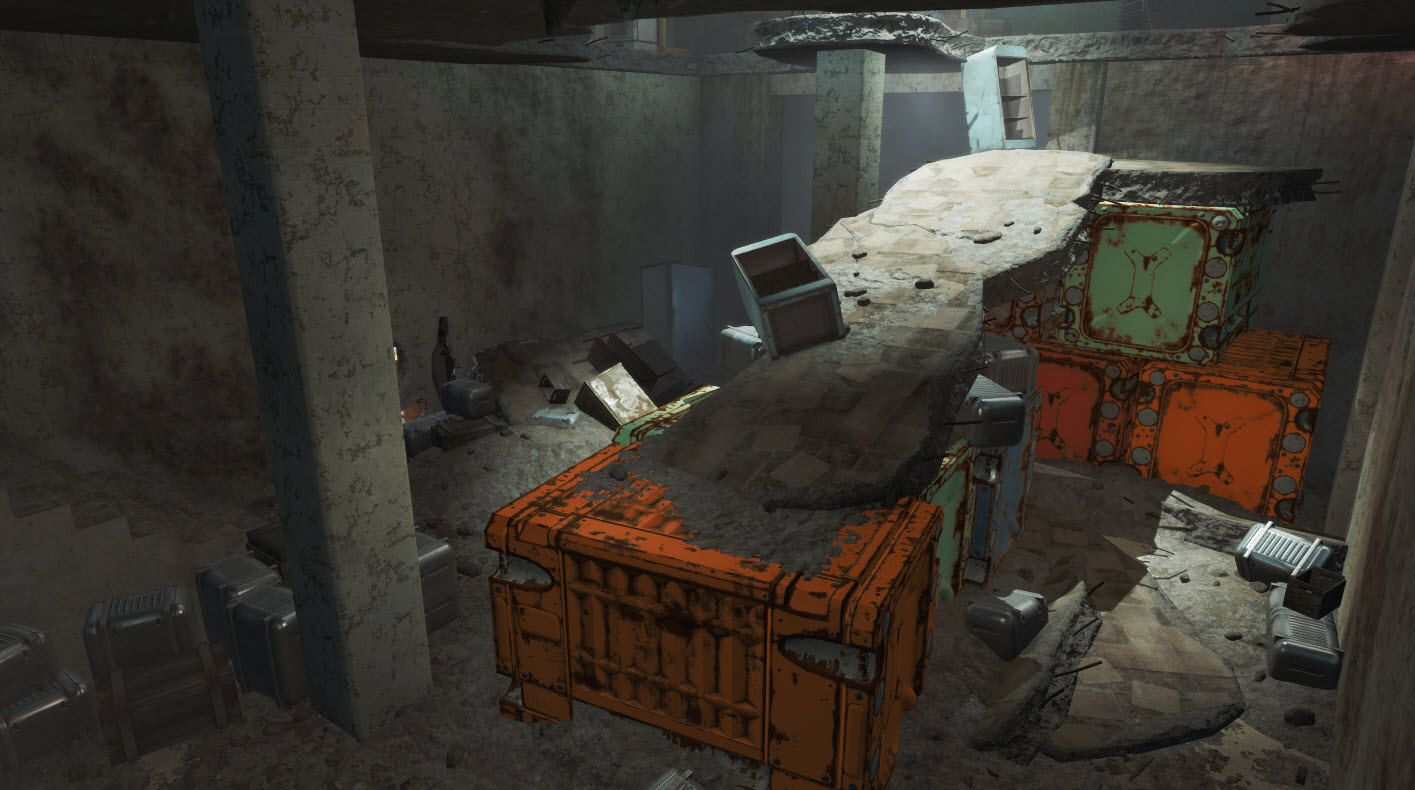 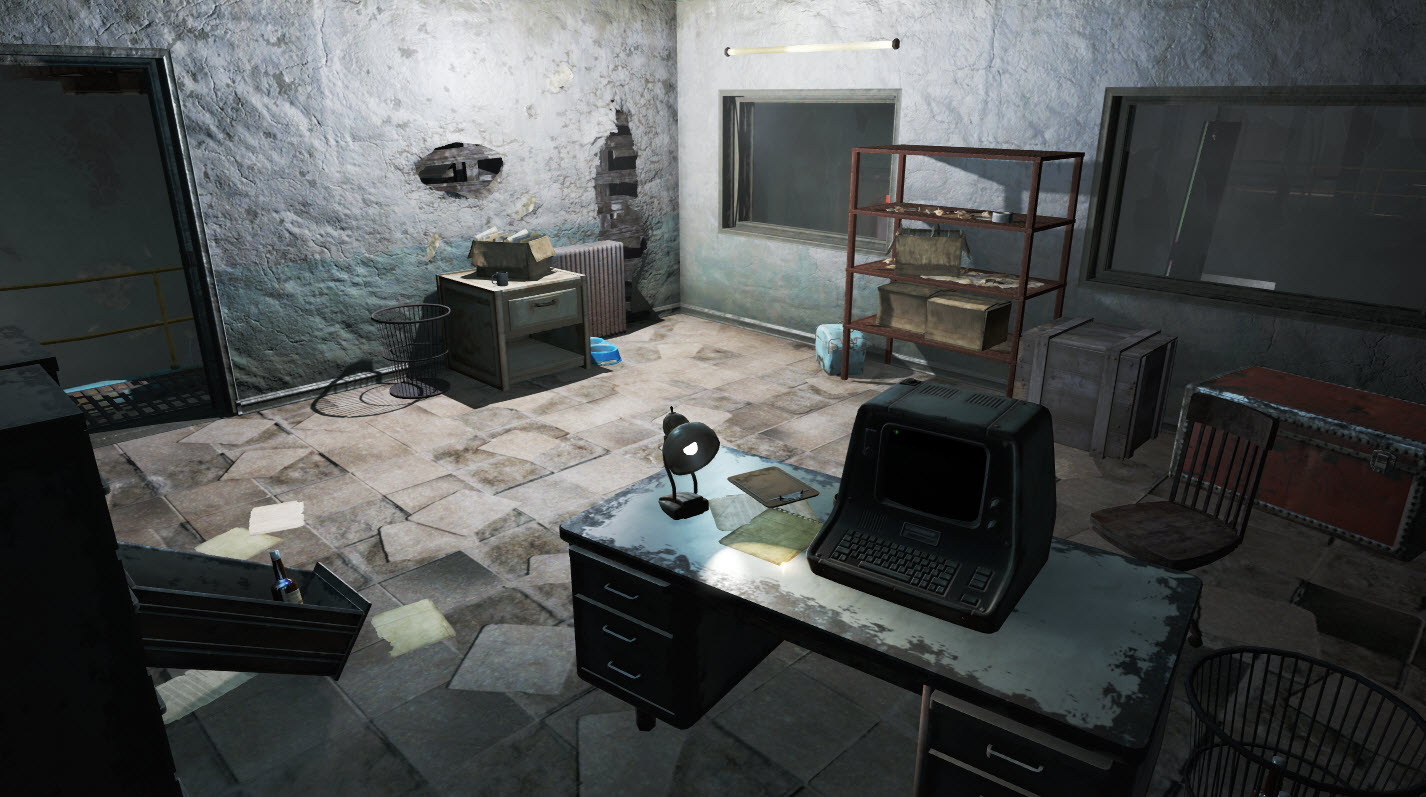 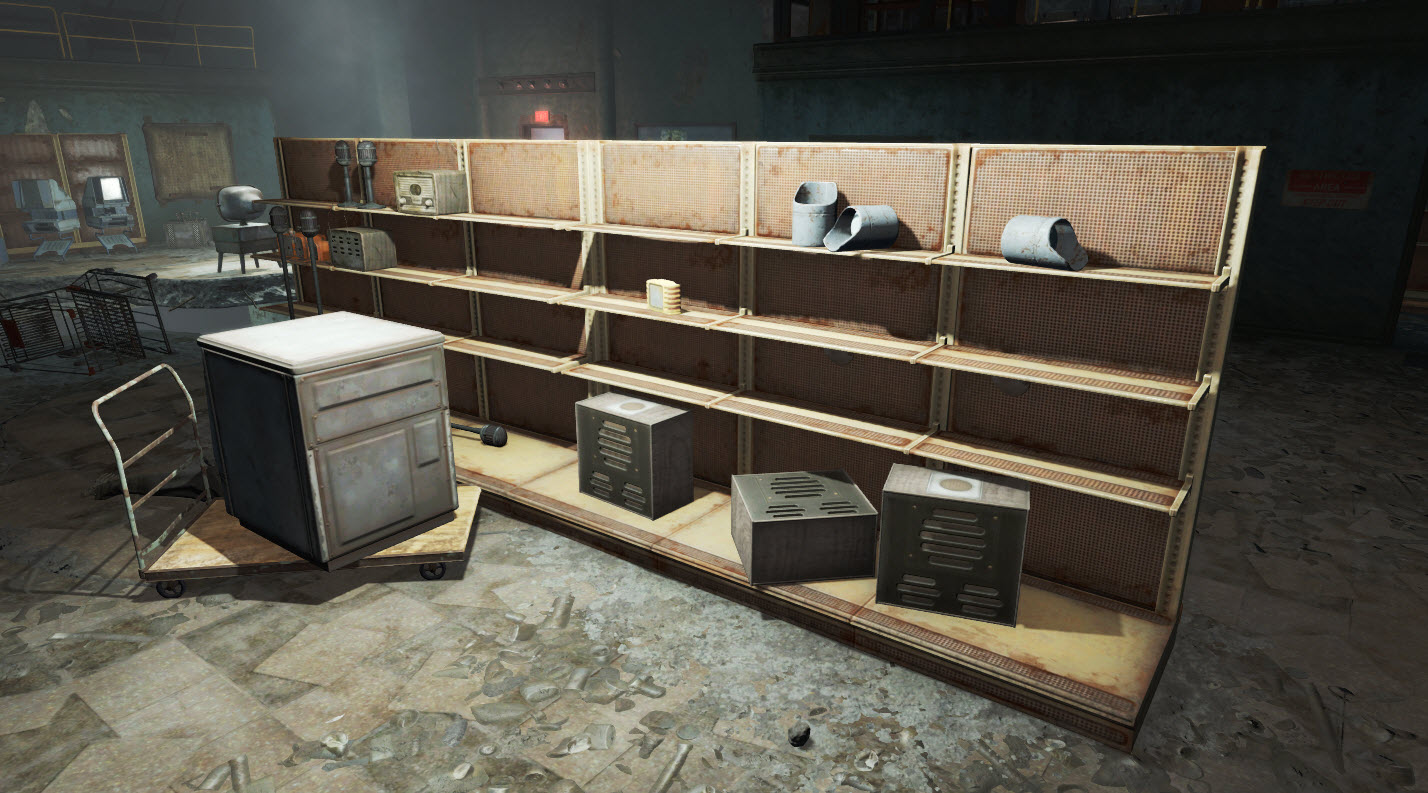 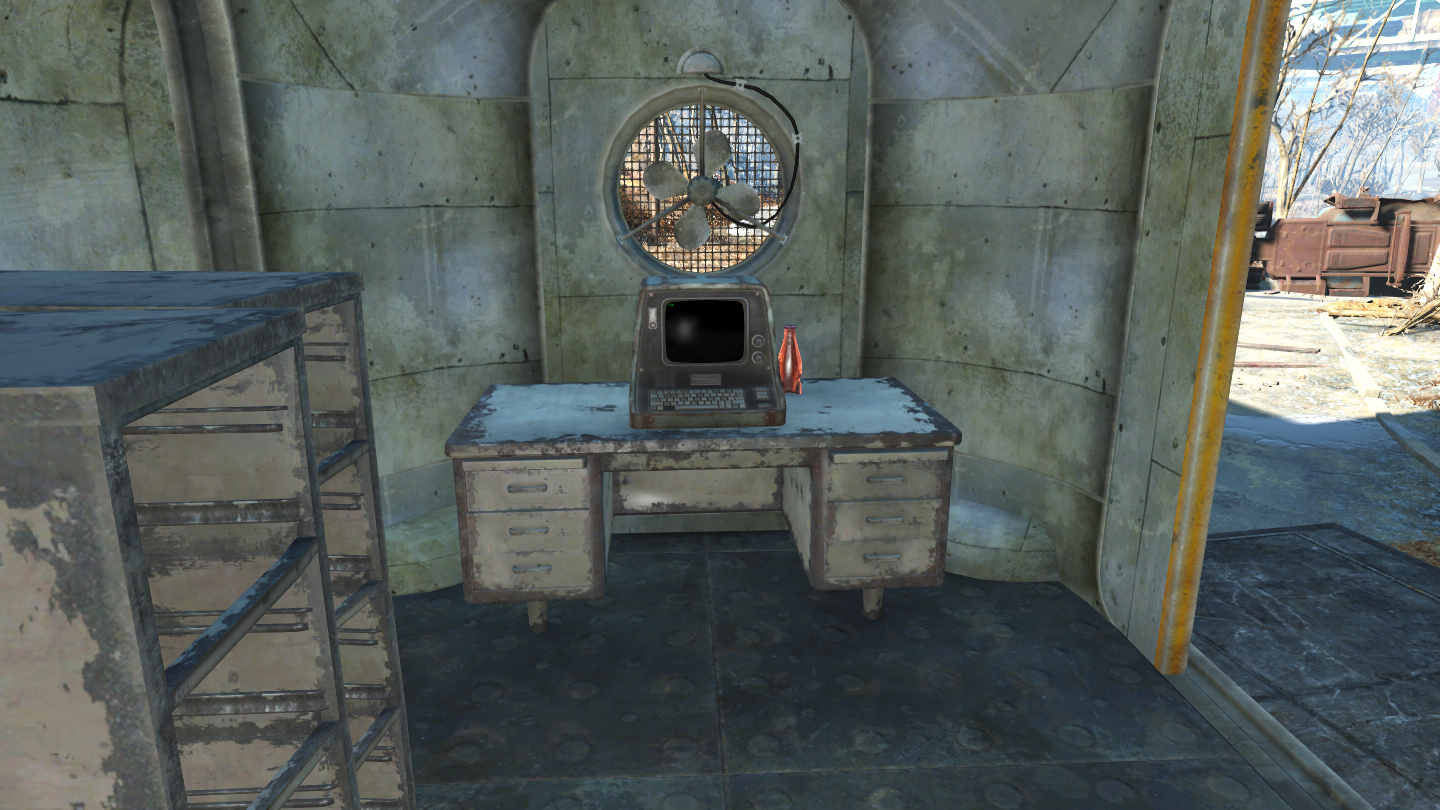