The Watoga Transit Hub is a location in the town of Watoga in the Cranberry Bog region of Appalachia in 2102.

The hub of public transportation in Watoga, providing bus and monorail connections to the greater Cranberry Bog area, the Transit Hub was, like nearly every other public and private service in Watoga, almost fully automated. Monorails connected Watoga to major locations all across Appalachia, while bus transportation supplemented them with short range destinations.[1]

The Transit Hub was not free from the elitism pervading Watoga, if anything, it served as a gateway to entrench the divisions. For instance, suggestions to expand the bus service were declined, as the city authorities believed that, for one, Watogan residents wouldn't "degrade" themselves by taking a bus, while the lower cost and higher capacity would bring the "wrong kinds of people" to the area. This was deemed a greater concern than the excessive risk of a major multi-car collision on the overloaded monorail tracks: To cope with the volume of passengers, the stopping distances had to be cut to a minimum so that additional monorail cars could be used. As such, a single lapse in brake performance would result in a pile-up and a paralysis of the entire system.[2]

One of the major landmarks in the heart of Watoga, the location is easily identifiable due to the monorail car still at the station, the hub consists of a lobby with an elevator leading up to the monorail station itself. Just across the station are the Watoga Estates.

The Watoga Transit Hub appears only in Fallout 76. 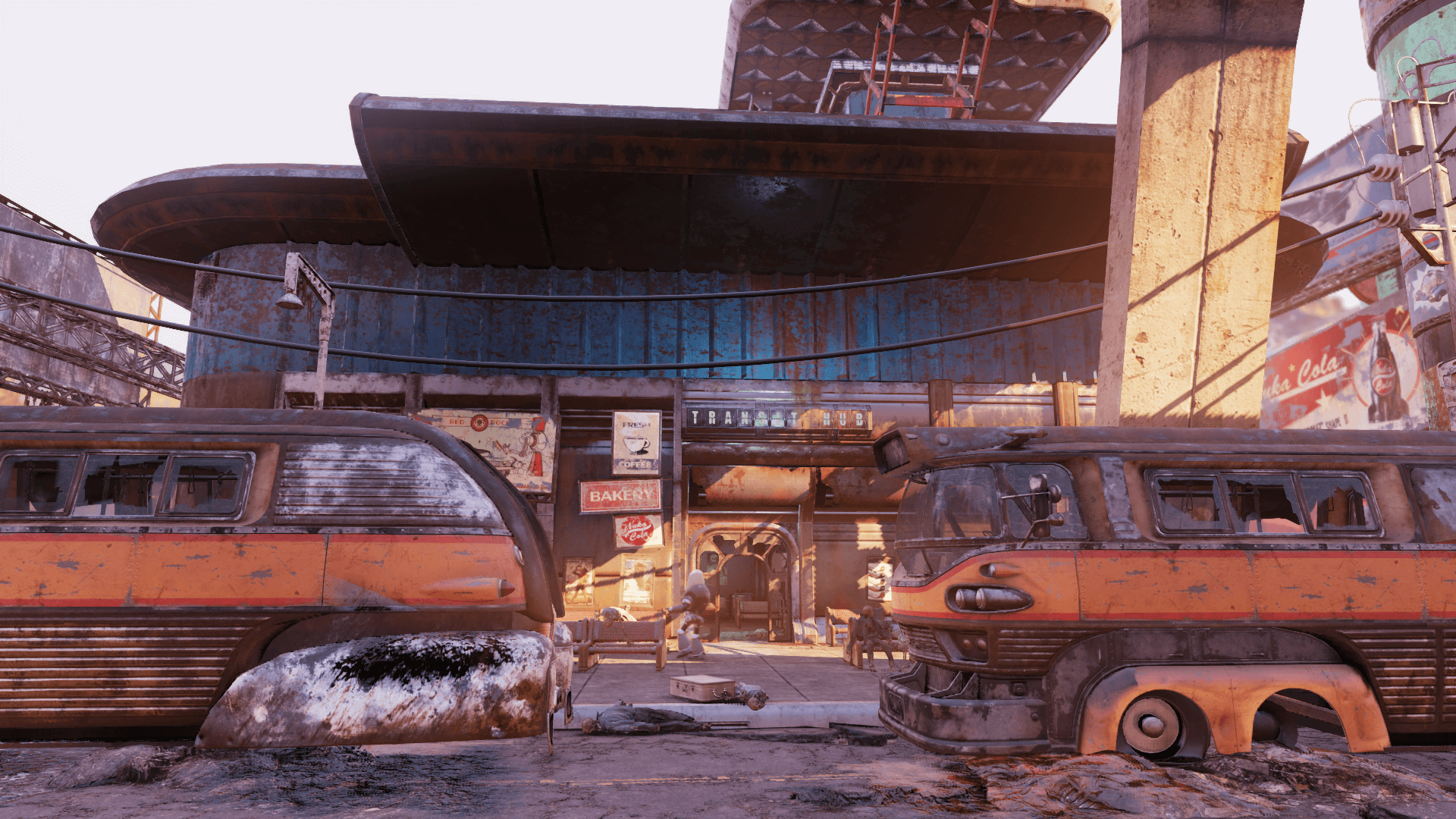 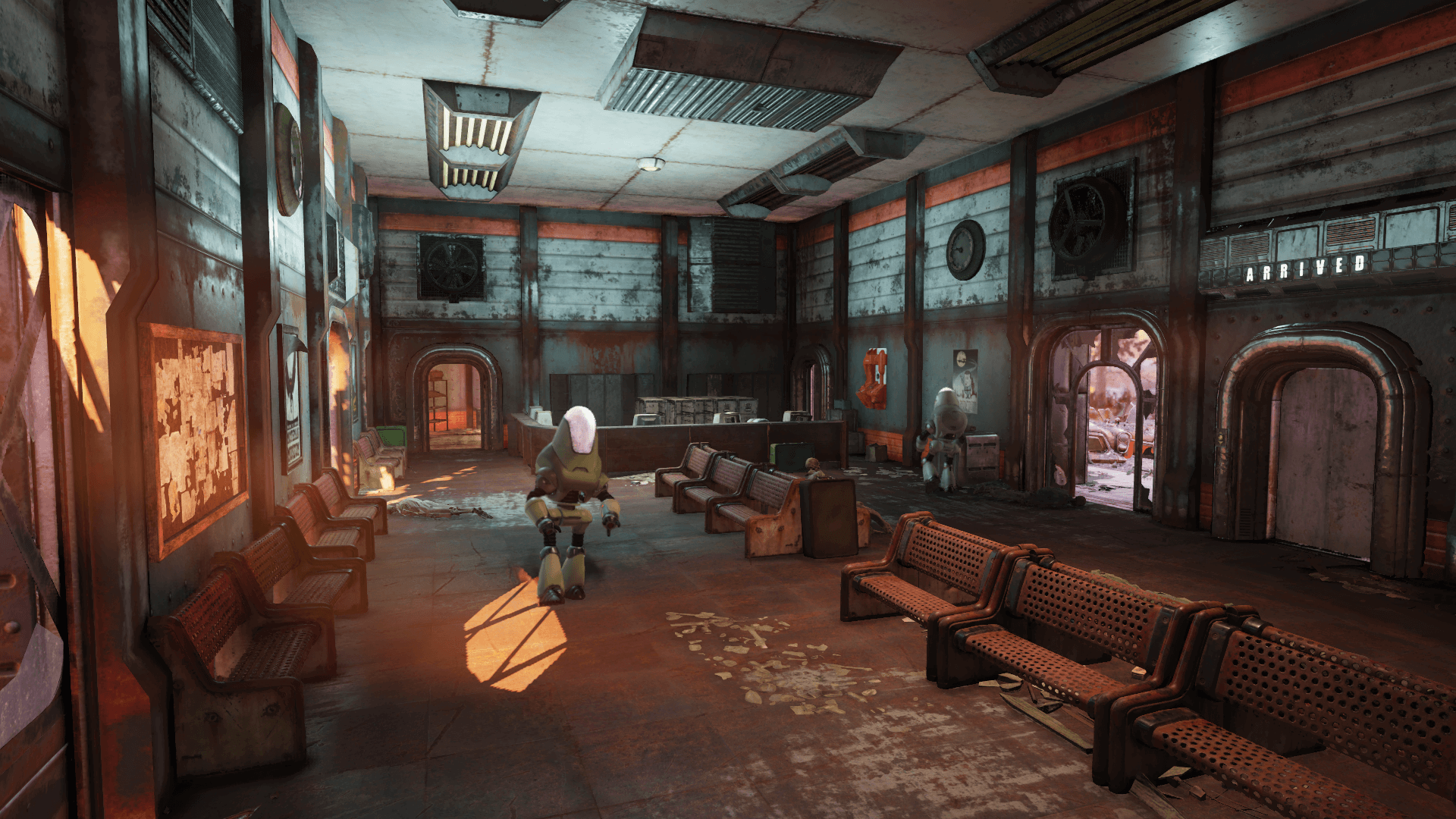 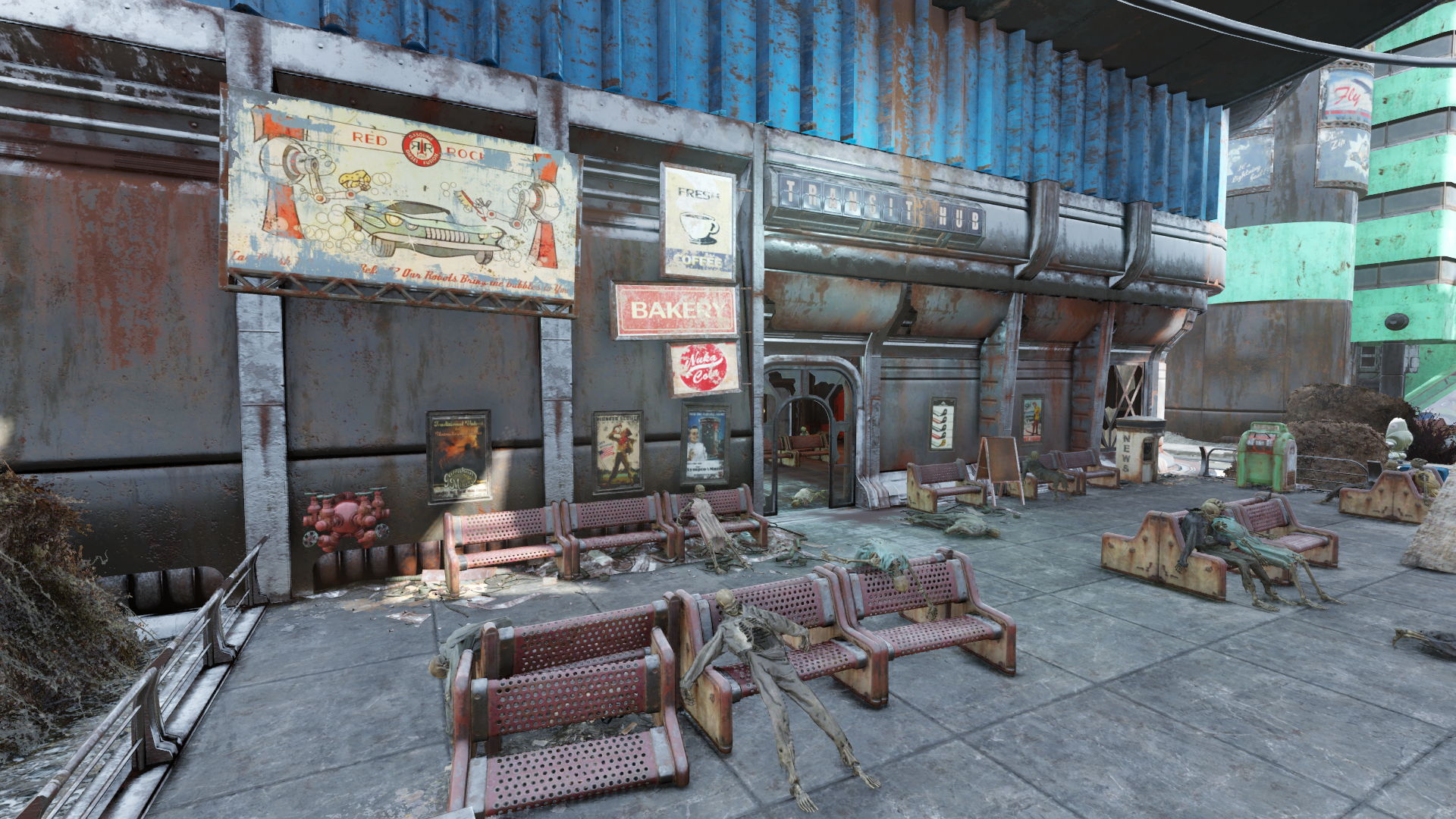 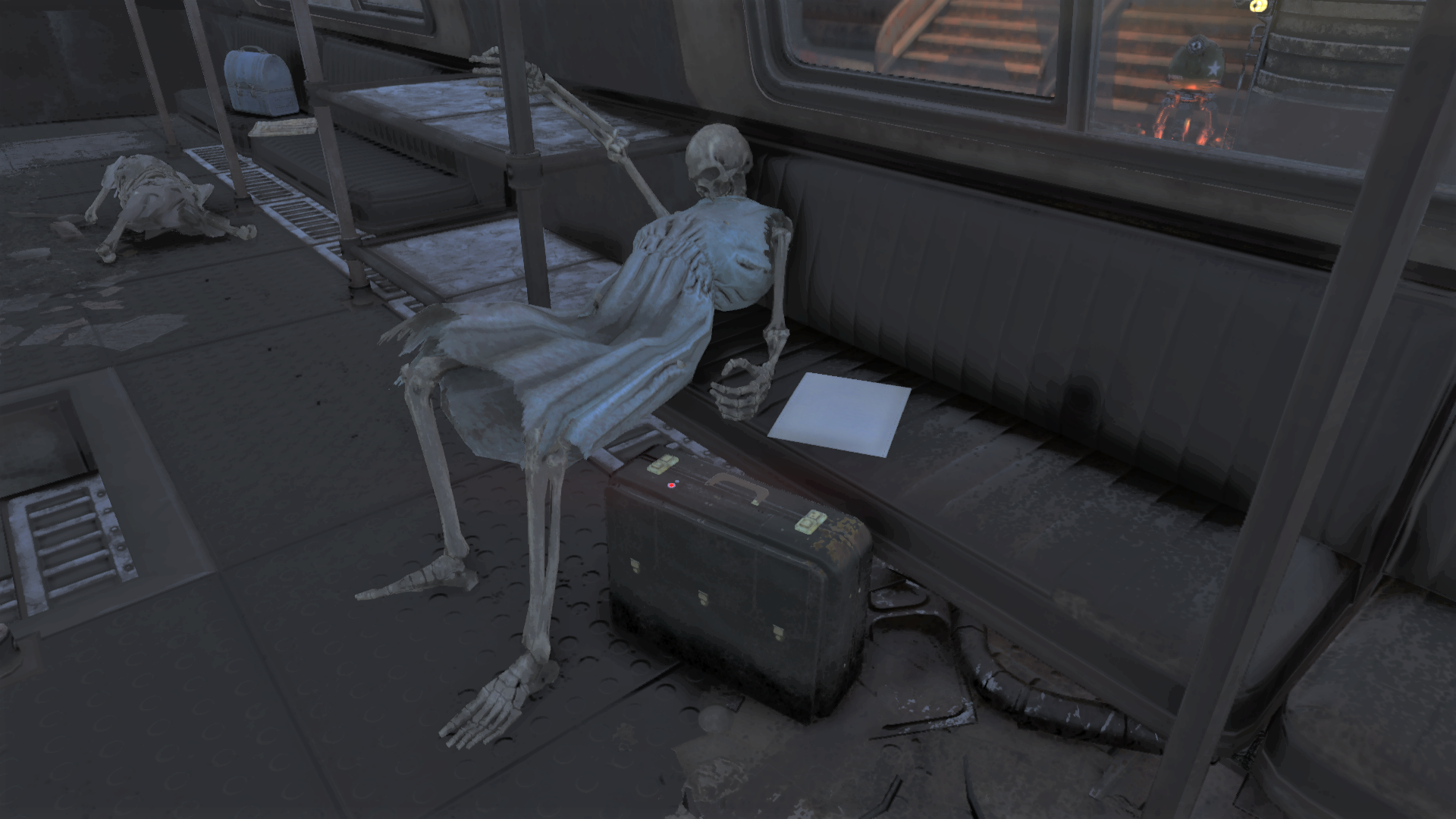 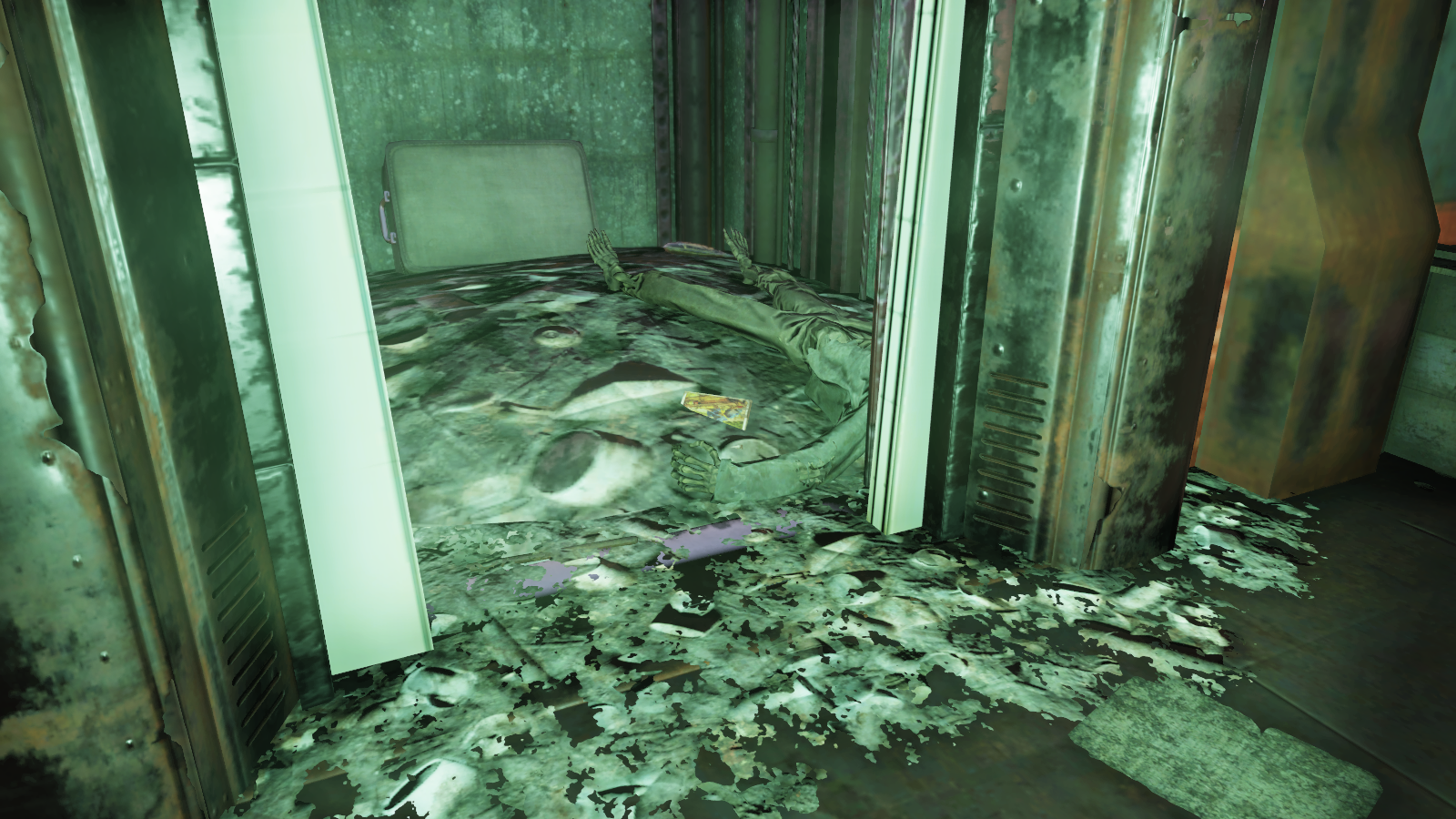 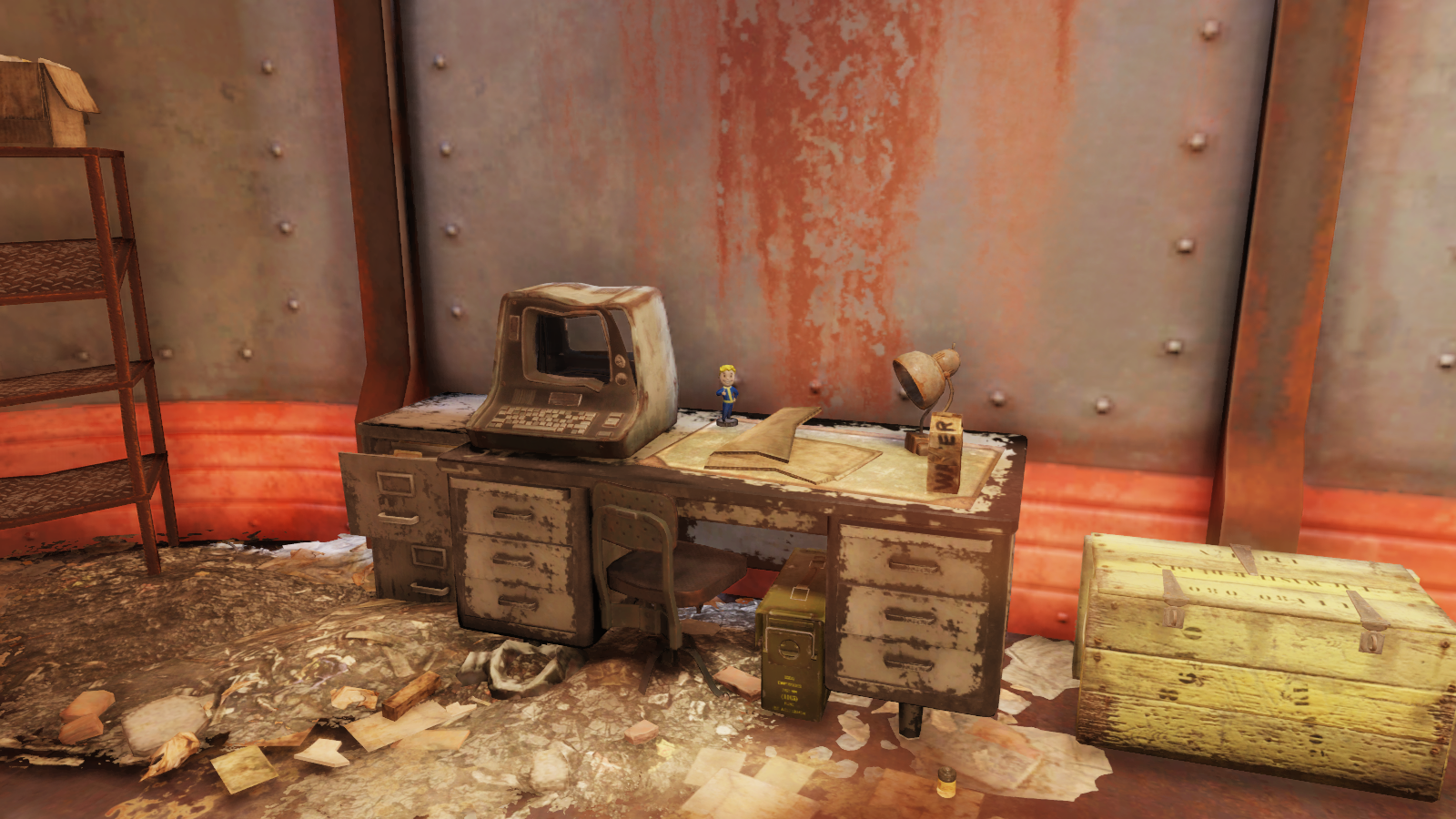 Potential Vault-Tec bobblehead on desk in back room 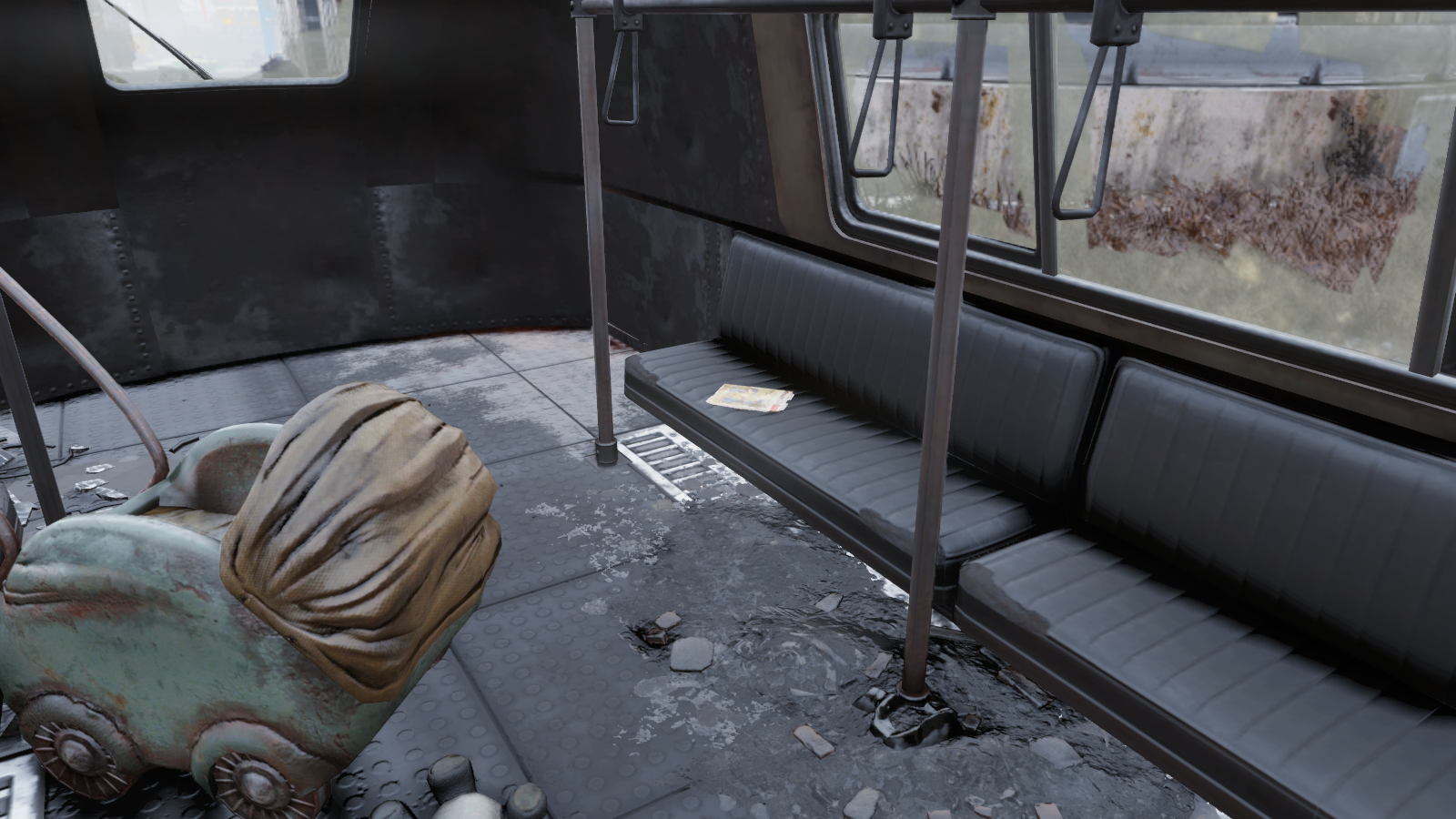