Lady Janet's Soft Serve is a location in Appalachia in 2102.

A minor ice cream parlor waiting for travelers down the highway, the humble establishment got its beginnings serving the rural farm families local to the region, and had garnered quite the following before the War. Having made its name as the new trendy teen hangout spot, it was common occurrence on the weekends to see a line stretch down the 94. After the Great War, the quality of the service declined rapidly as the clientele consisted primarily of ghouls and the ice cream containers were reused for alcohol storage.[1]

Lady Janet's Soft Serve is a partially destroyed trailer with signs advertising ice cream and floats for sale. There is a cash register sitting on a counter between two basins which used to contain ice cream and behind the counter are three fridges filled with beer bottles and cans. There is a carport southeast of the cash register which contains two trucks and a motorcycle parked beside a weapons workbench. There are five picnic tables outside the trailer, one of which has a lunch pail sitting on it. A teddy bear holding a beer and smoking a cigarette cooks two fish on a barbecue grill here. 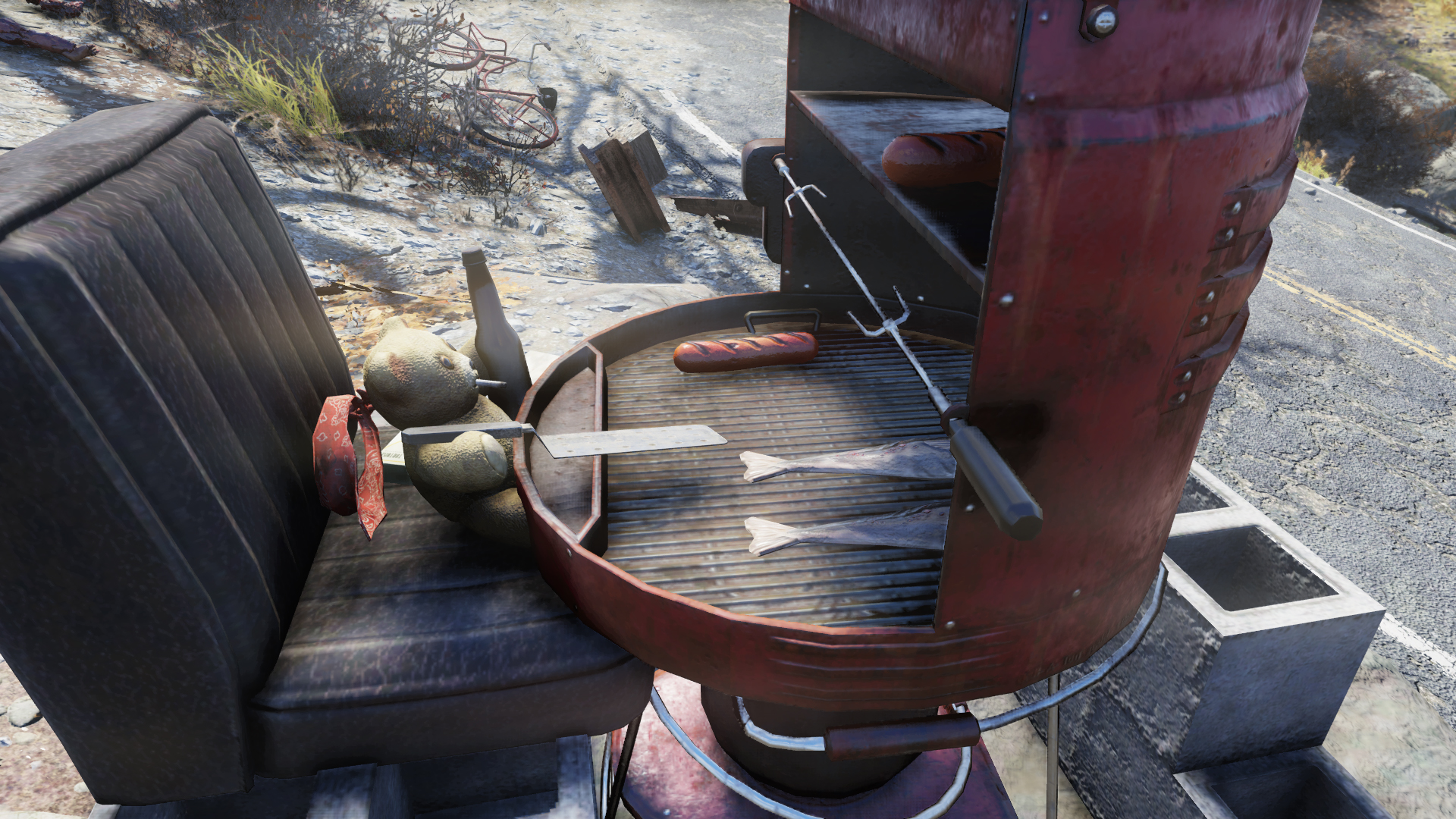 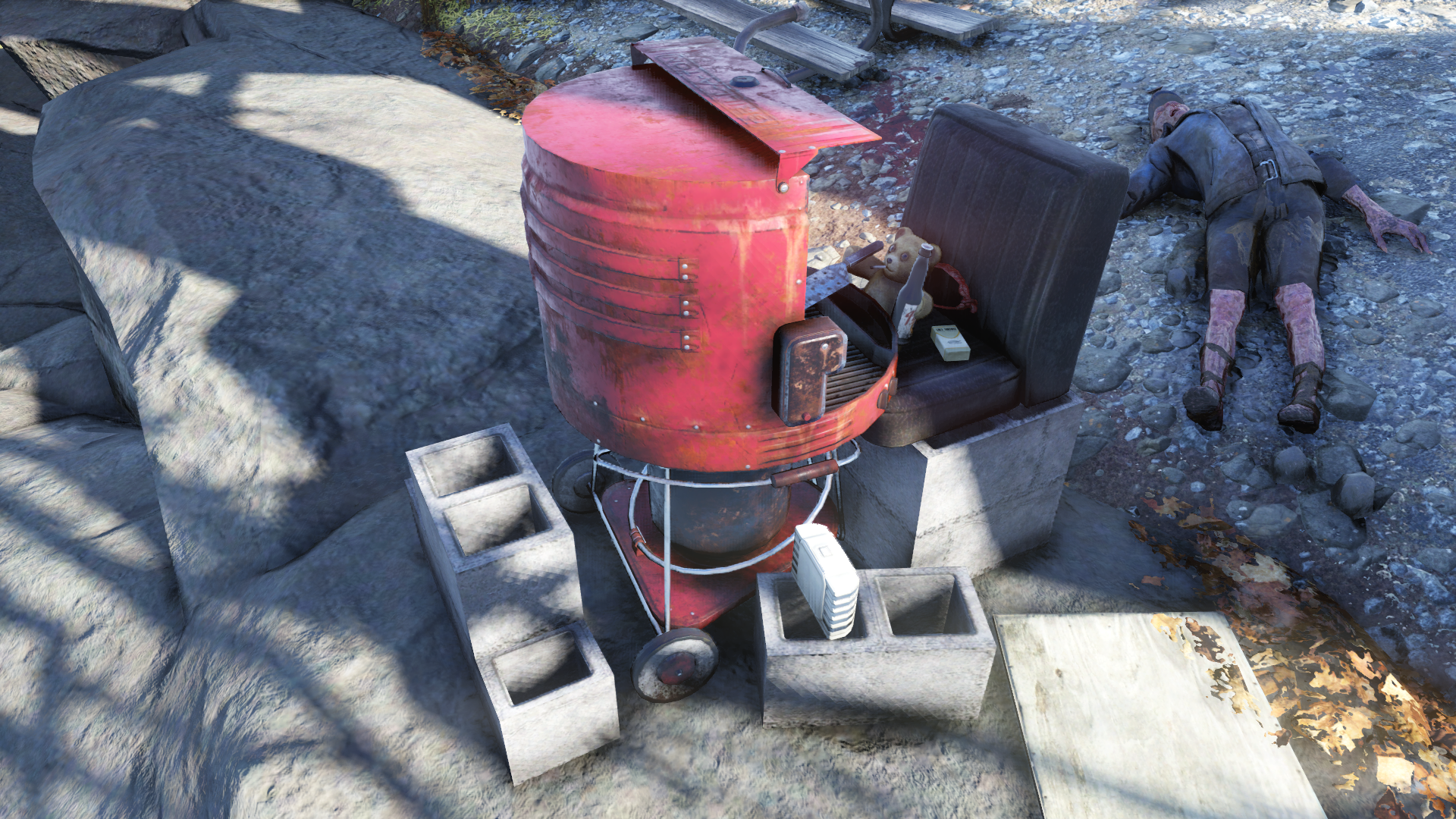 A teddy bear mans a grill near the picnic area 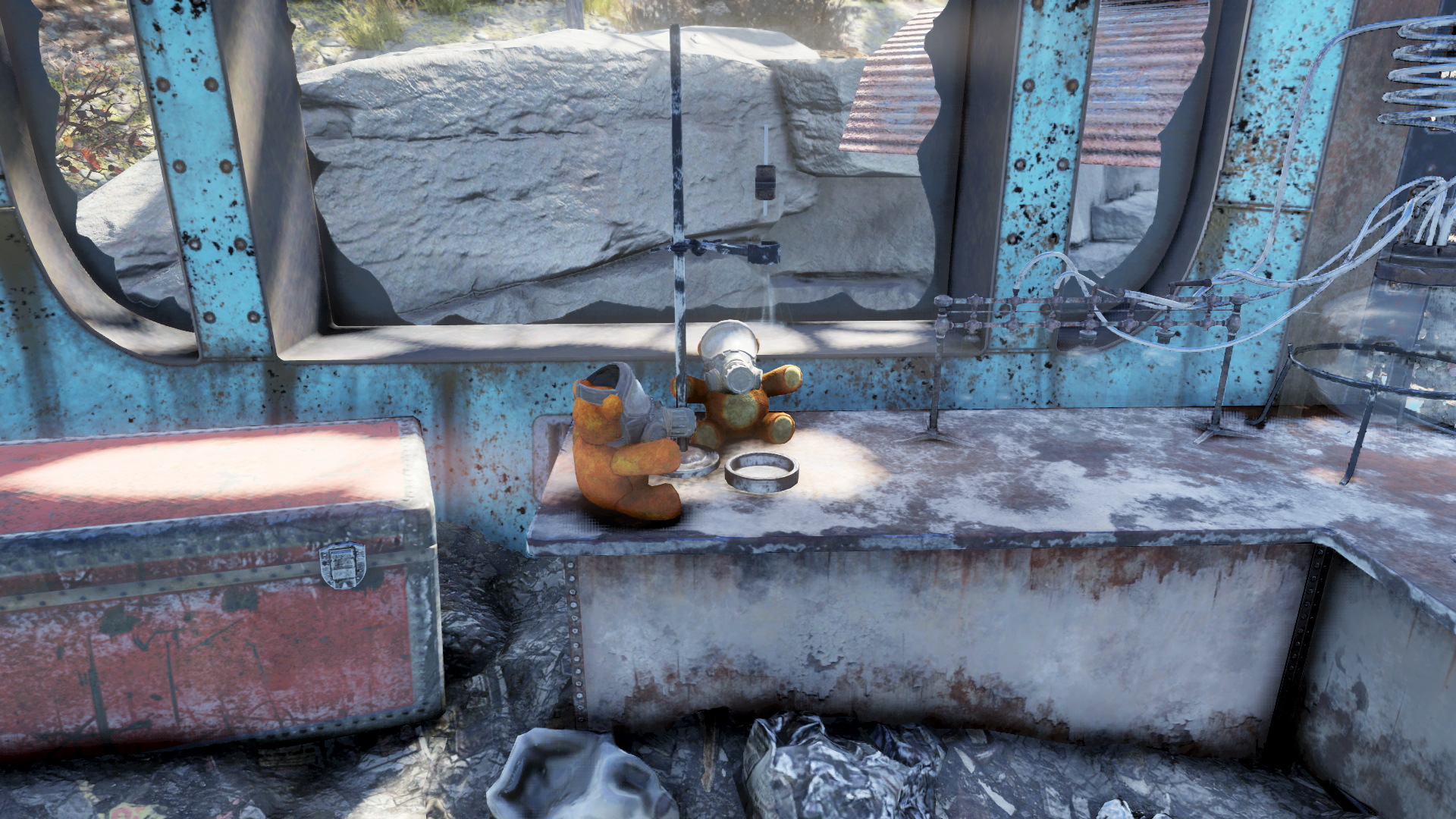