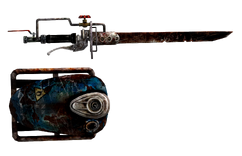 The shishkebab is a melee weapon in Fallout 3.

The shishkebab can successfully strike about 429 times from full condition before breaking. 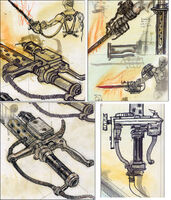 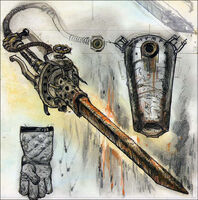 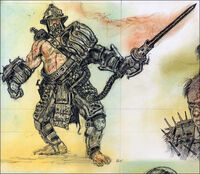