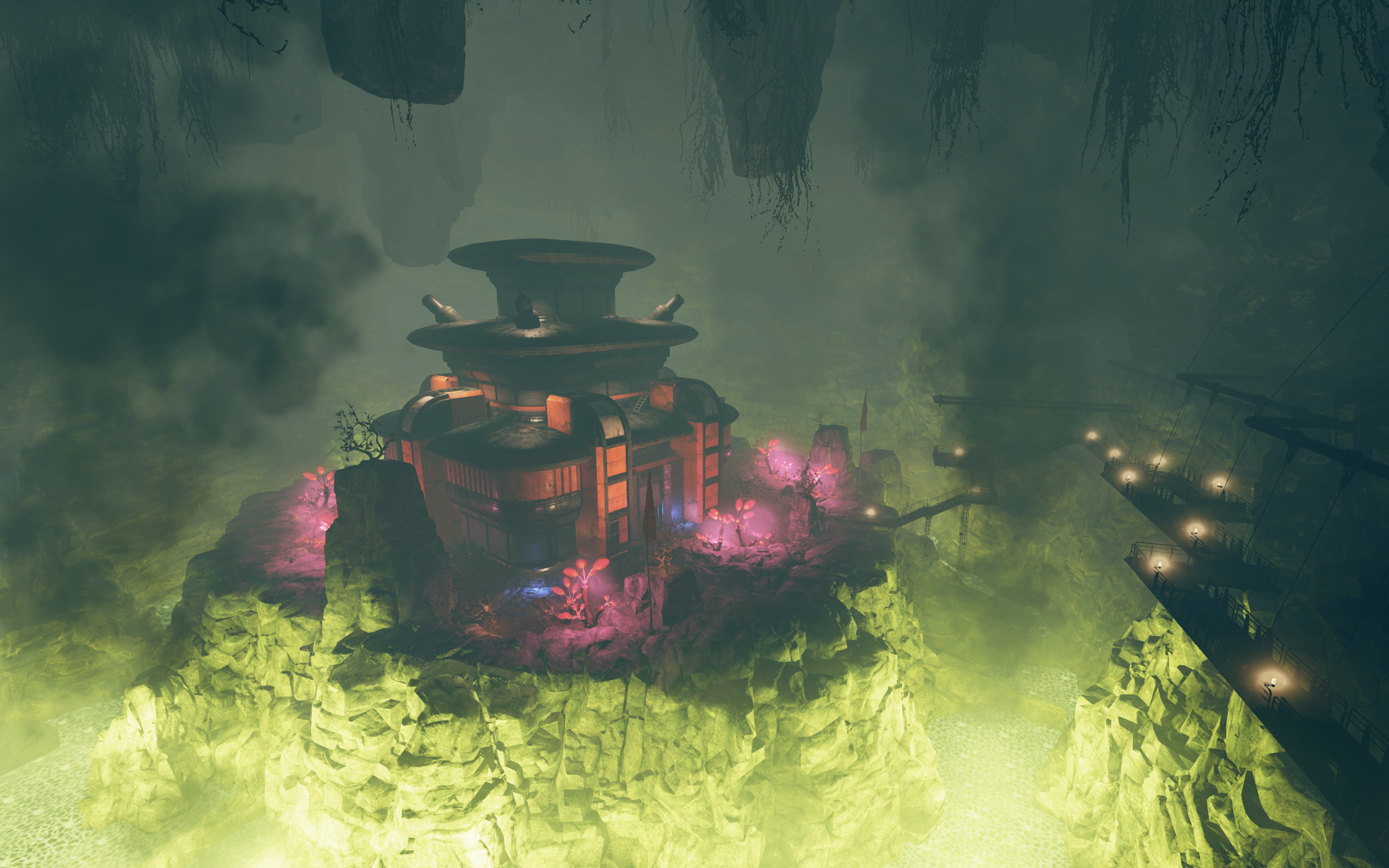 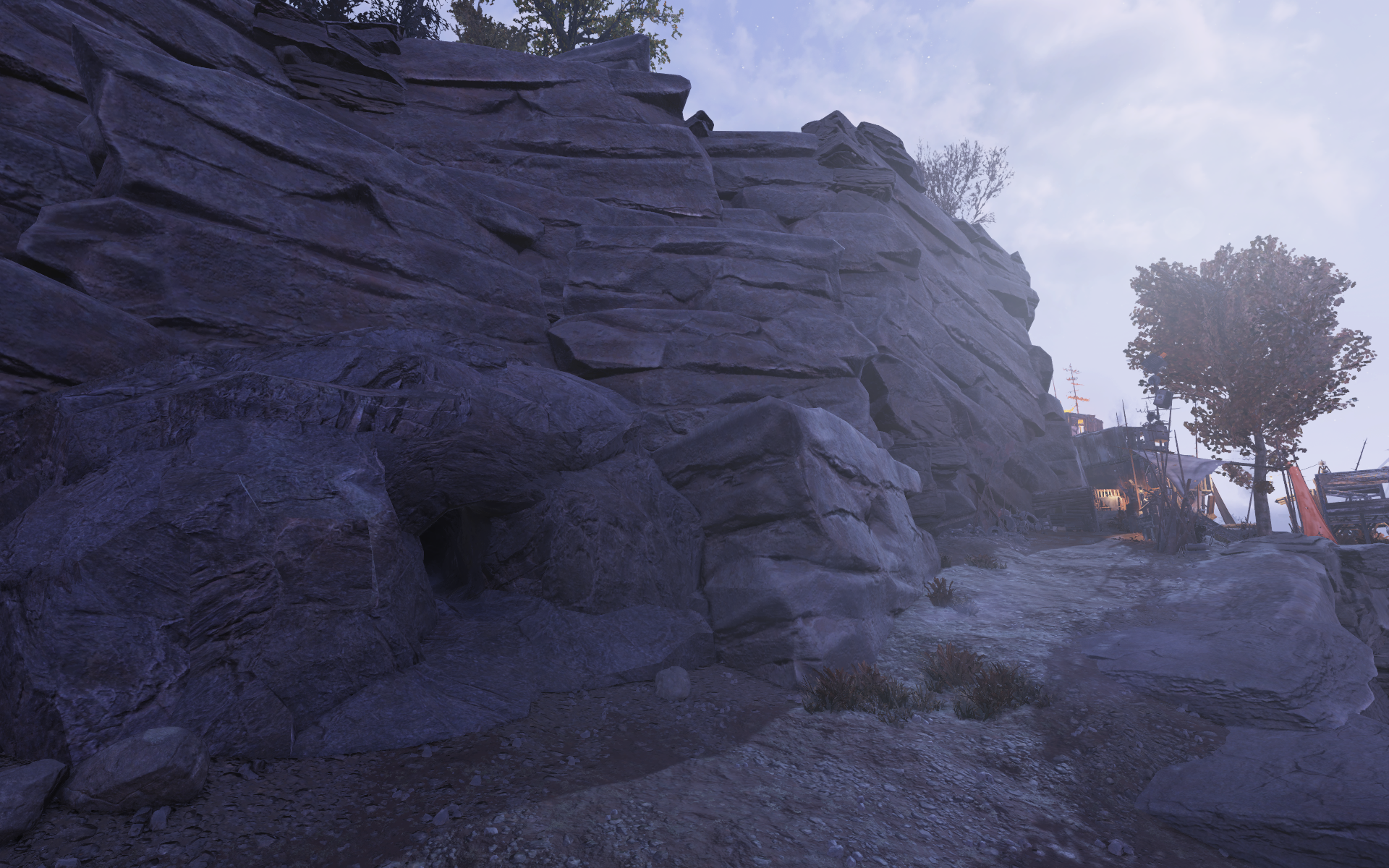 The Deep is a location in the Forest region of Appalachia in 2103. It is adjacent to the Blood Eagle camp the Pigsty.

An elaborate cave system stretching below the southwestern end of the Appalachians, the Deep was chosen by communist infiltrators as the perfect site for Motherlode interception operations. Maintaining strict secrecy and draconian security measures, including standing orders to shoot anyone without clearance, it escaped notice even with the Whitespring bunker next door. Sealed after the Great War, the facility remains crewed by communist holdouts with no hope of recovery or salvation. Most of its systems are long gone, wiped after an infiltrator alert, and the ghoulified soldiers slowly wither away, awaiting their inevitable death.[1]

Upon entering the cave, there are cave crickets on the inside, along with communist soldiers. The crickets are found inside the tunnels before and after the tunnels filled with toxic water. In front of the tunnels is the body of James, a diver with the holotape President's eyes only. After passing the toxic water, there is the unidentifiable corpse of a creature, along with strange flora.

Further inside tunnels, there is a small opening allowing one to see a base of communist soldiers. Heading further down, one will reach a T-intersection. Going straight down will lead to an exit next to the Whitespring. On the left, there is a walkway on the base. The walkway has a few communist soldiers and Liberators wielding energy weapons. The communists surround the island-like base, which has a moat of ultracite. Two to three communists will be on the roof of the base, which can be accessed by stairs on the side.

In the interior of the base, there are three levels including a basement, a first floor, and a second floor. Communist soldiers and two commanders in power armor are inside. At the bottom of the base is an auxiliary control room door on the left. The other door (locked) door has a chamber where the Motherlode will appear and will bring the player character to the Mire or several areas within the Savage Divide. To get the PRC Motherlode access key, loot the commander's body.

The Deep appears only in the Fallout 76 add-on Wastelanders. 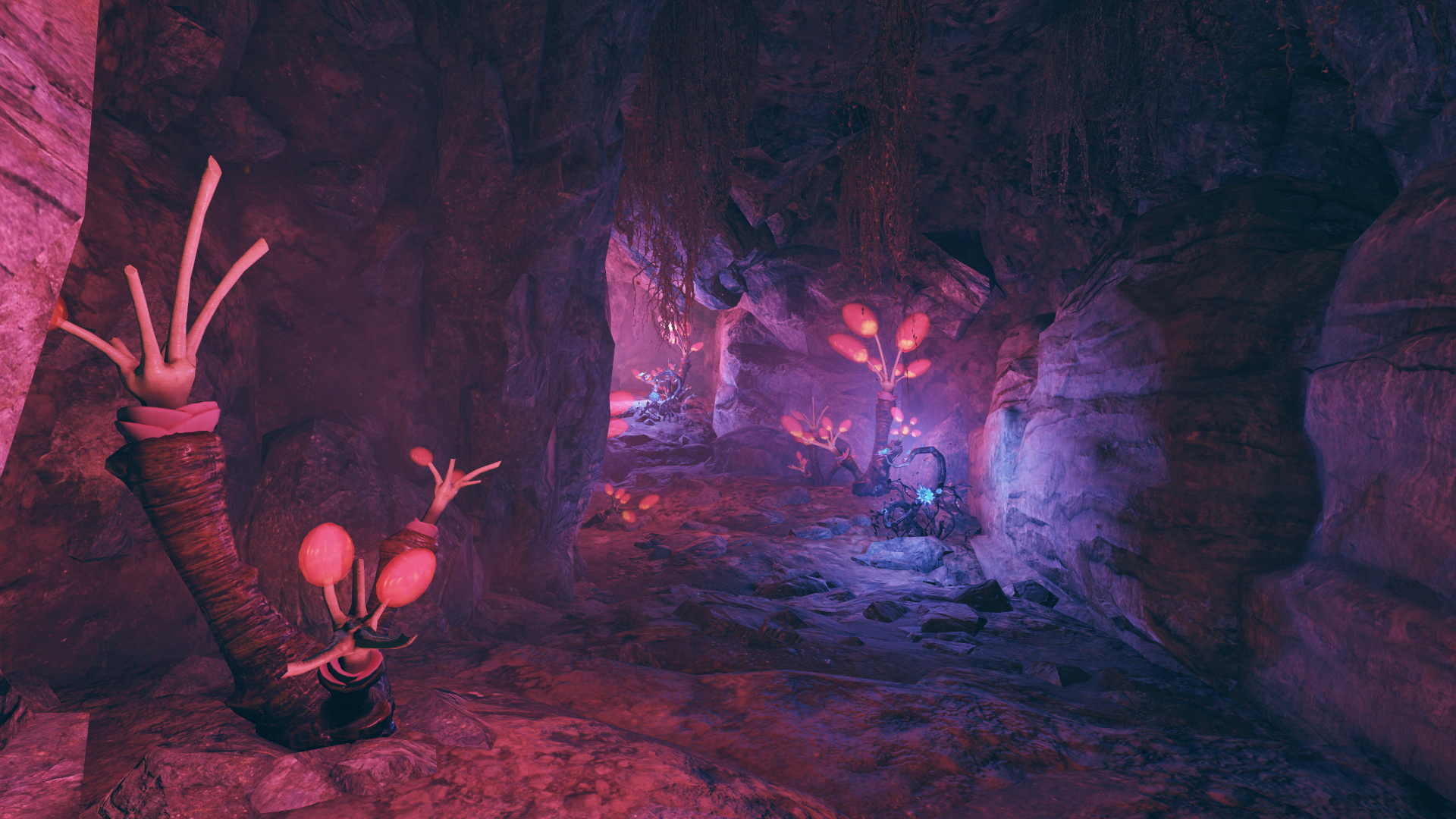 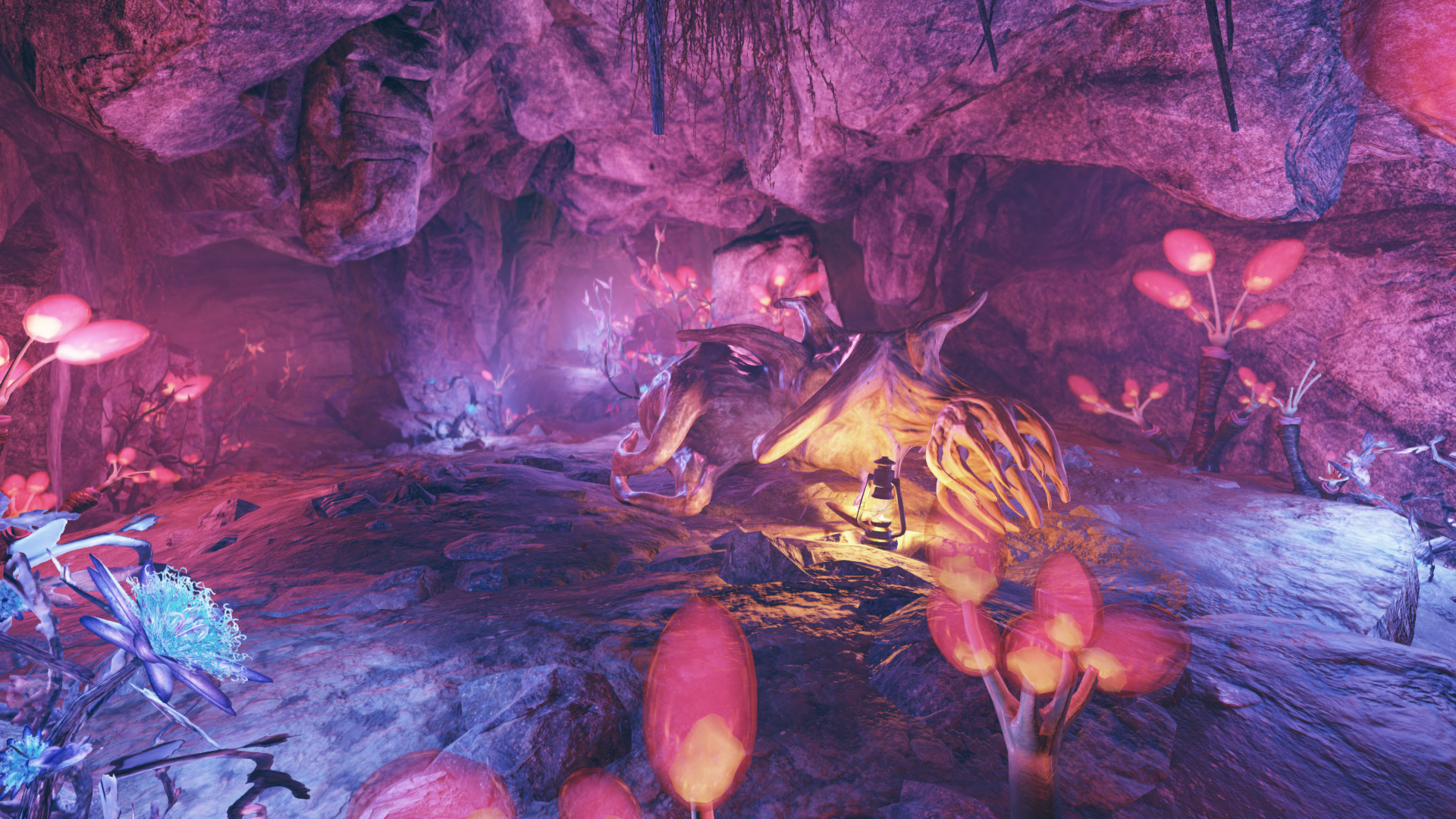 A chamber with a visitor corpse on the floor 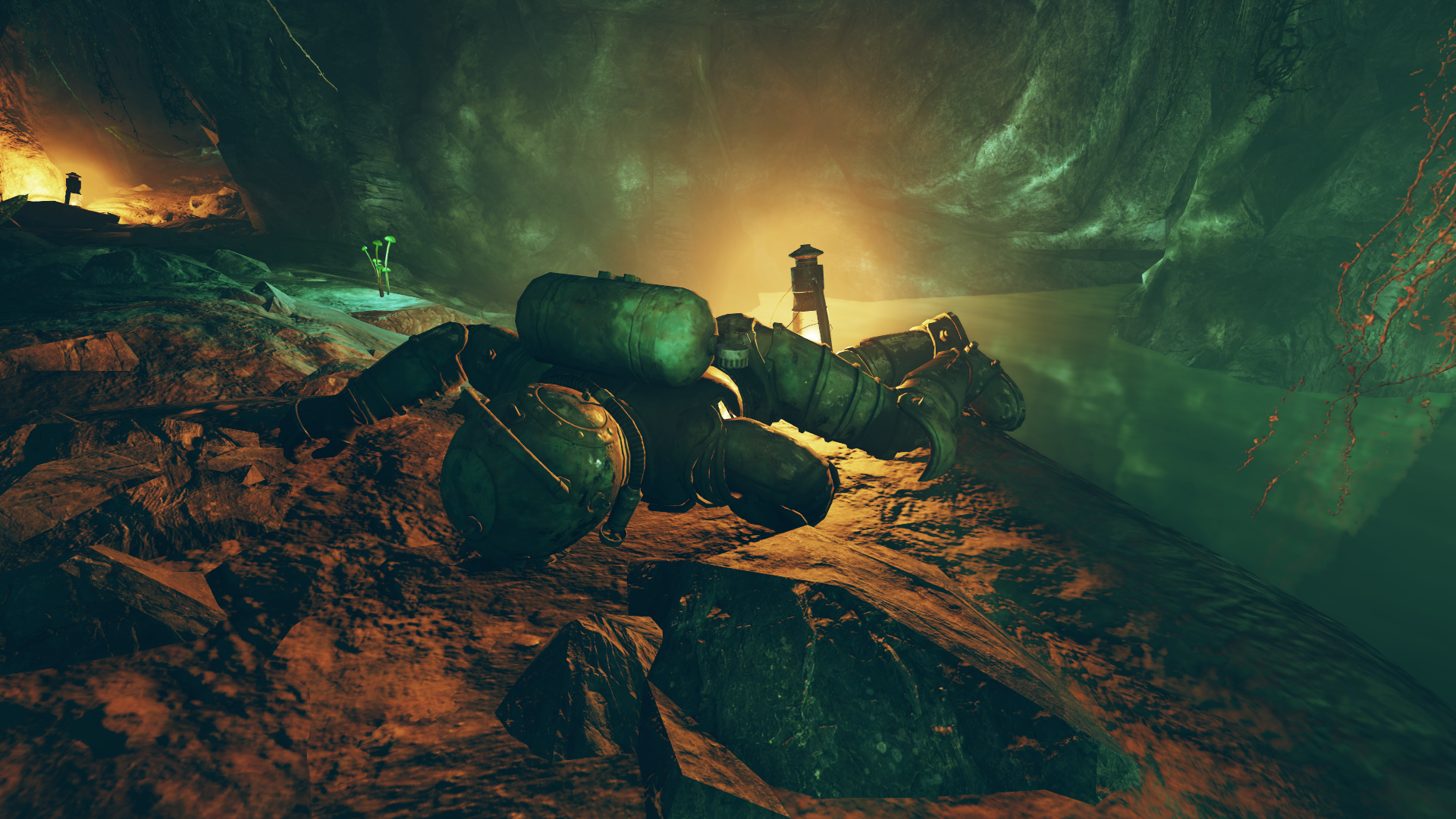 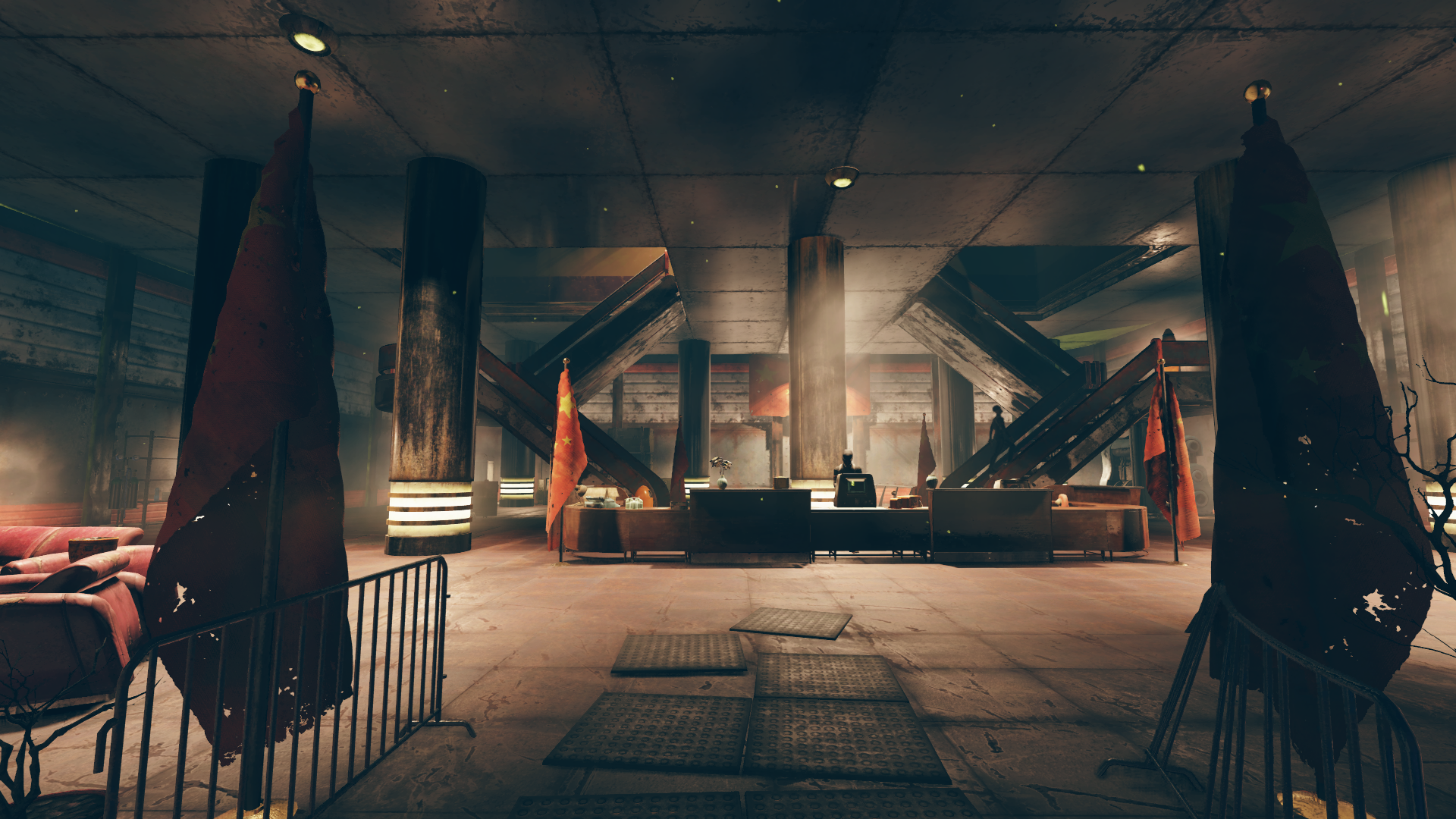 Main chamber of the facility 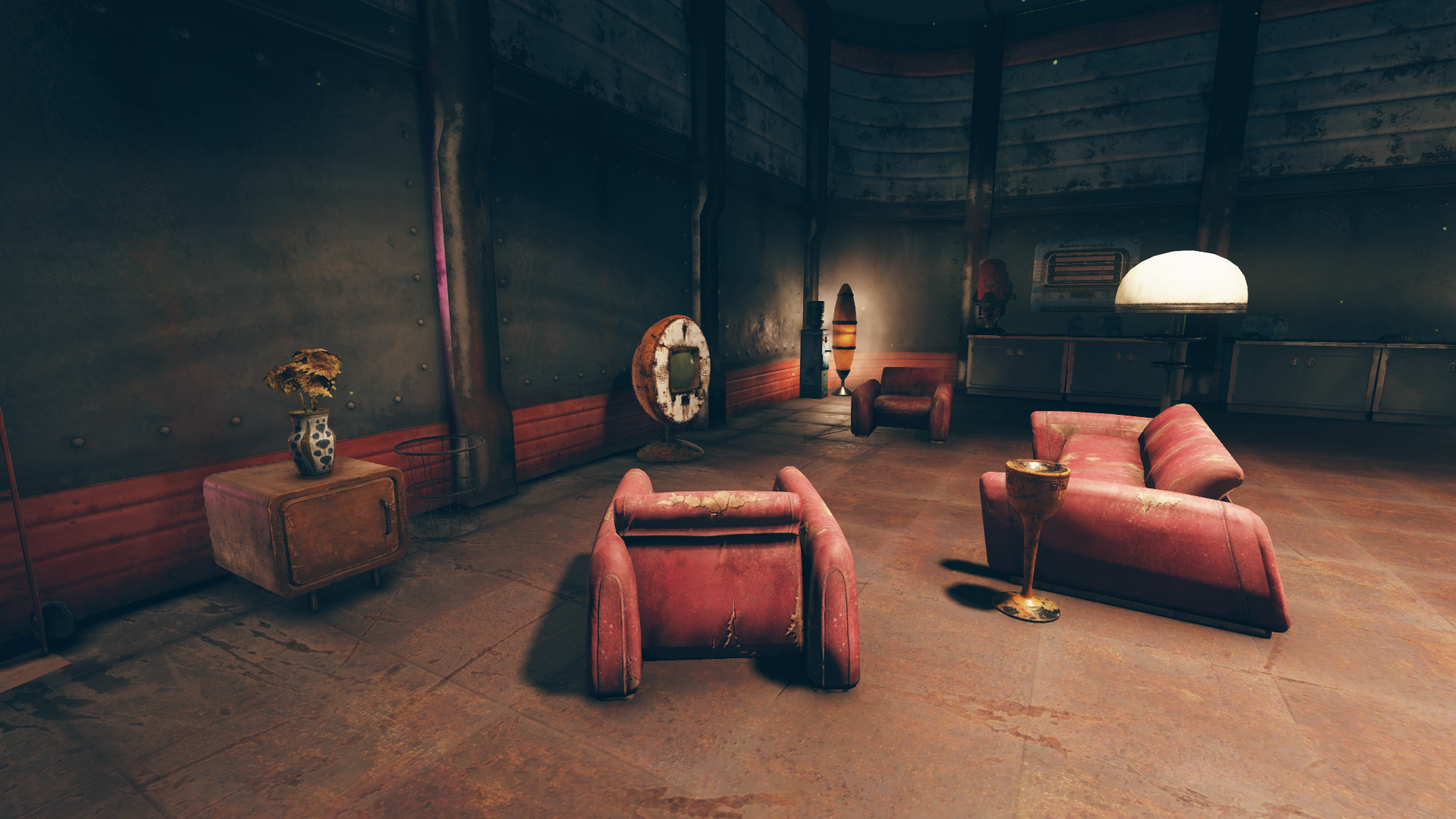 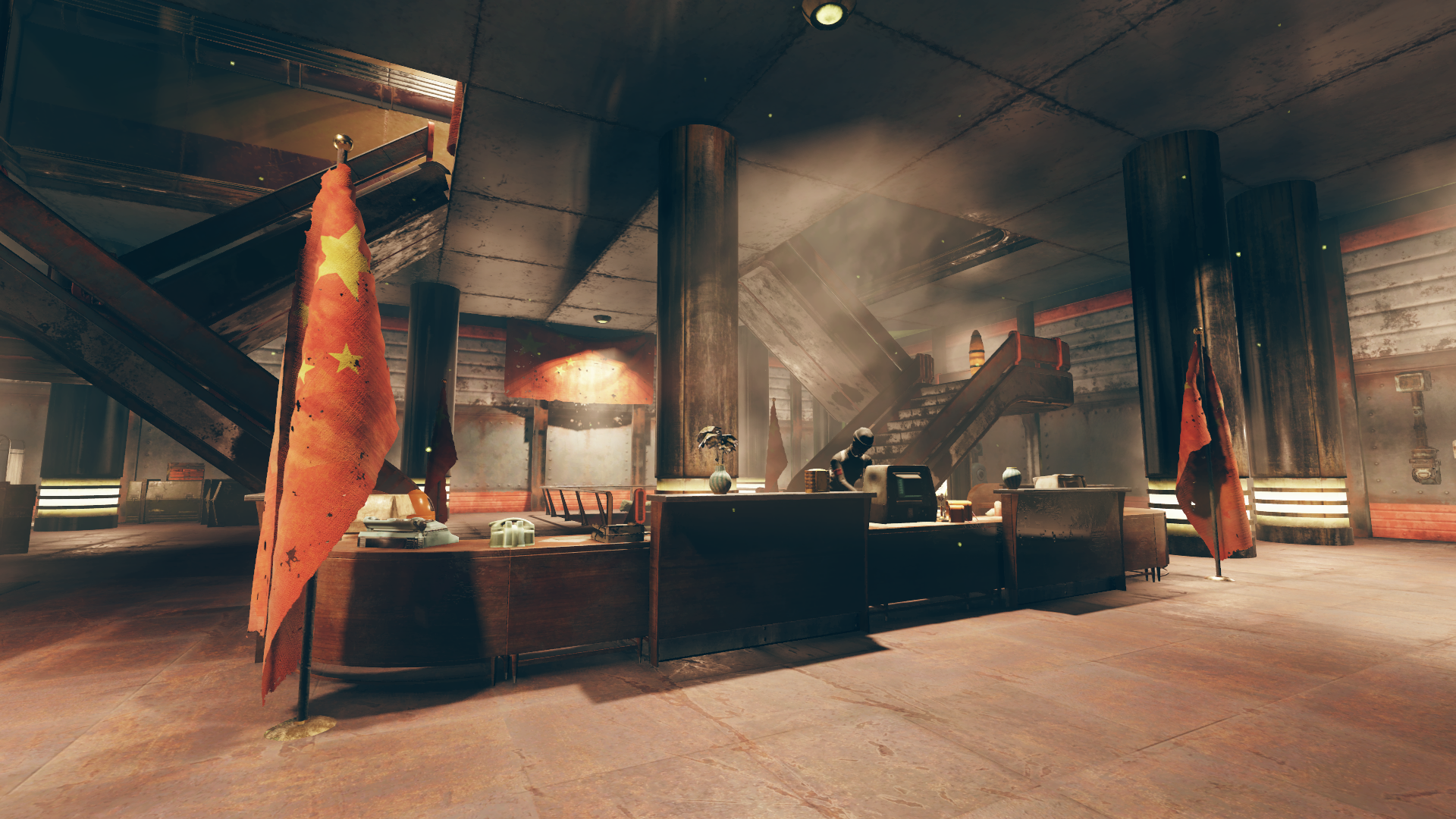 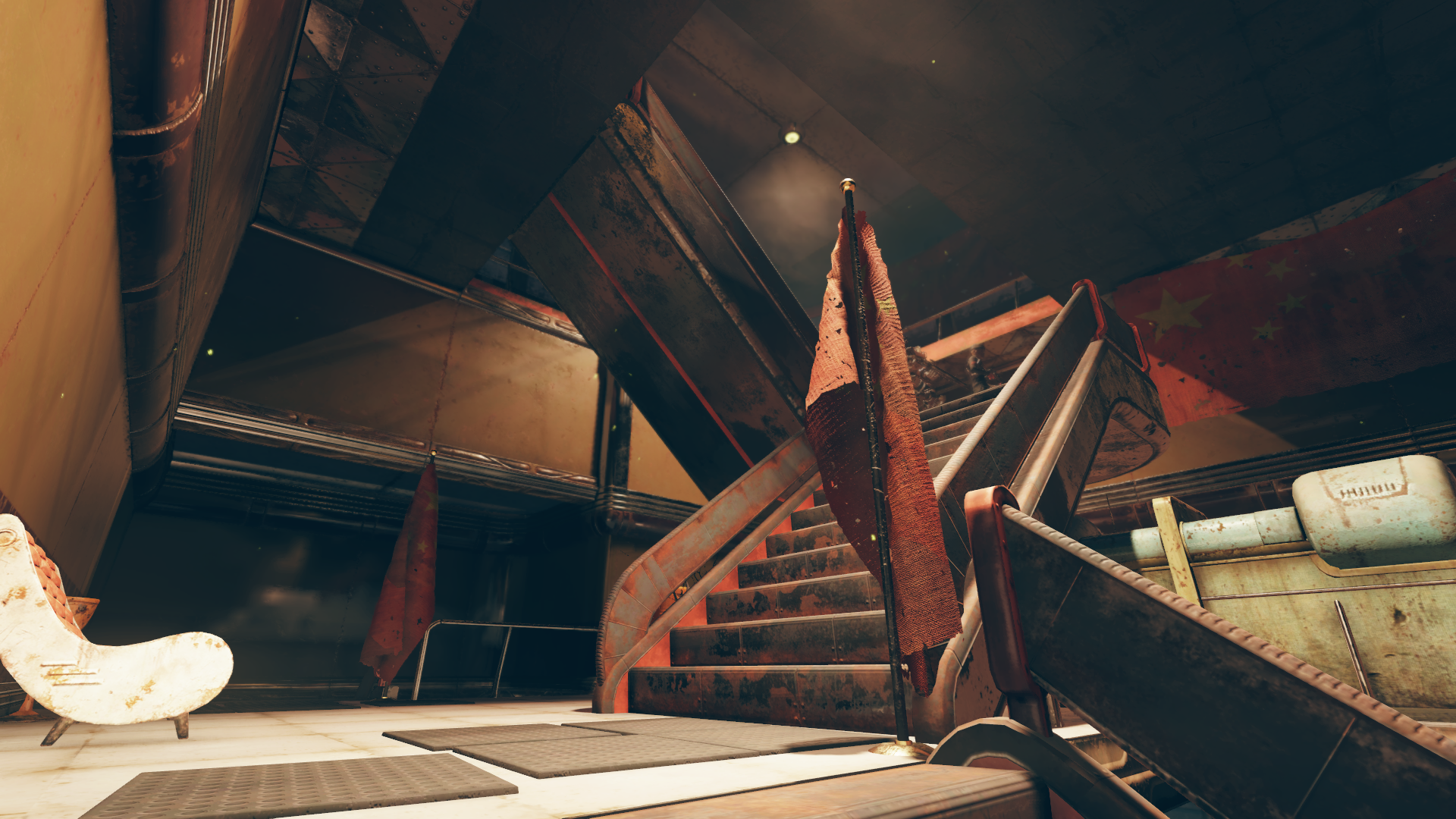 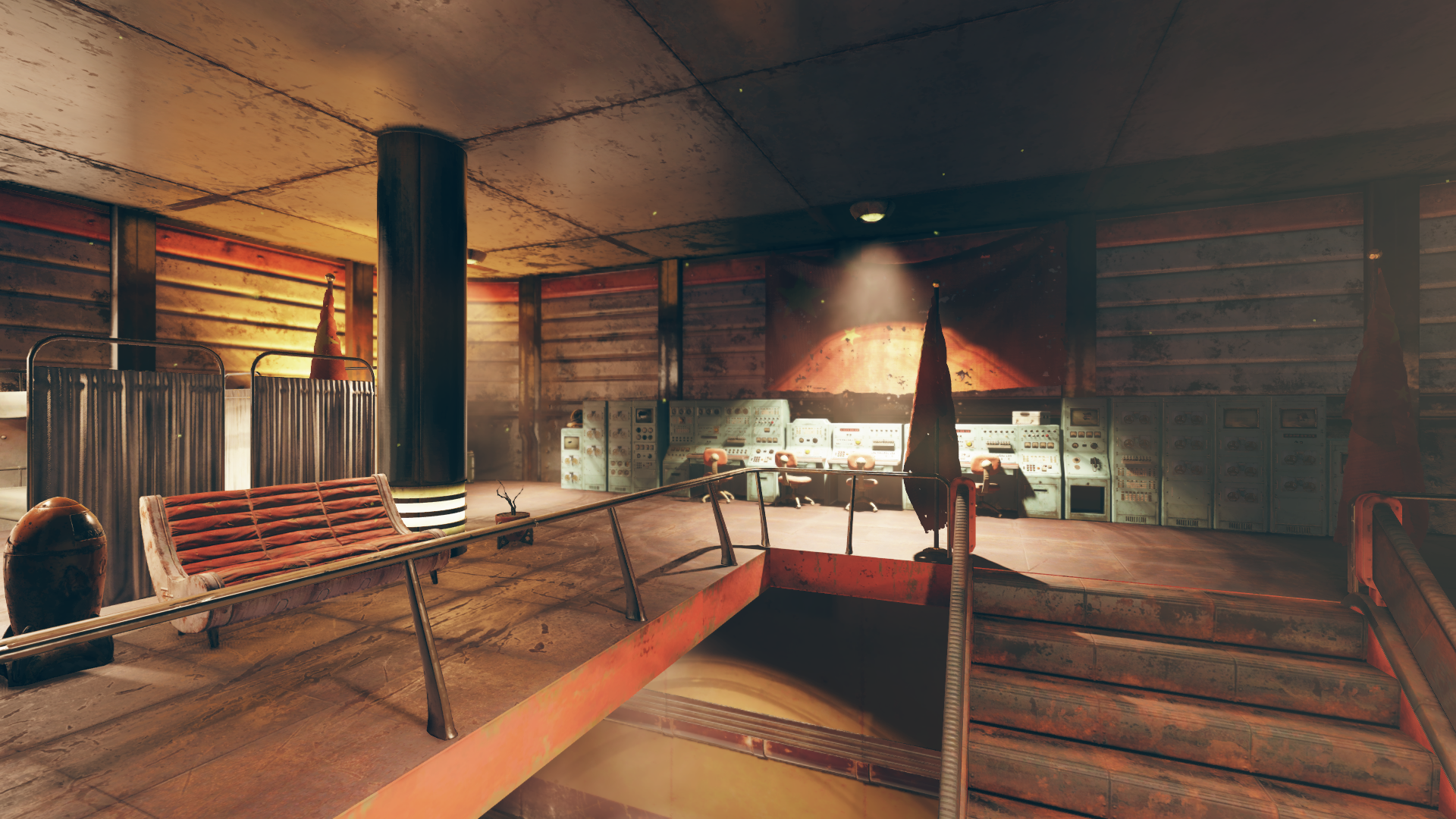 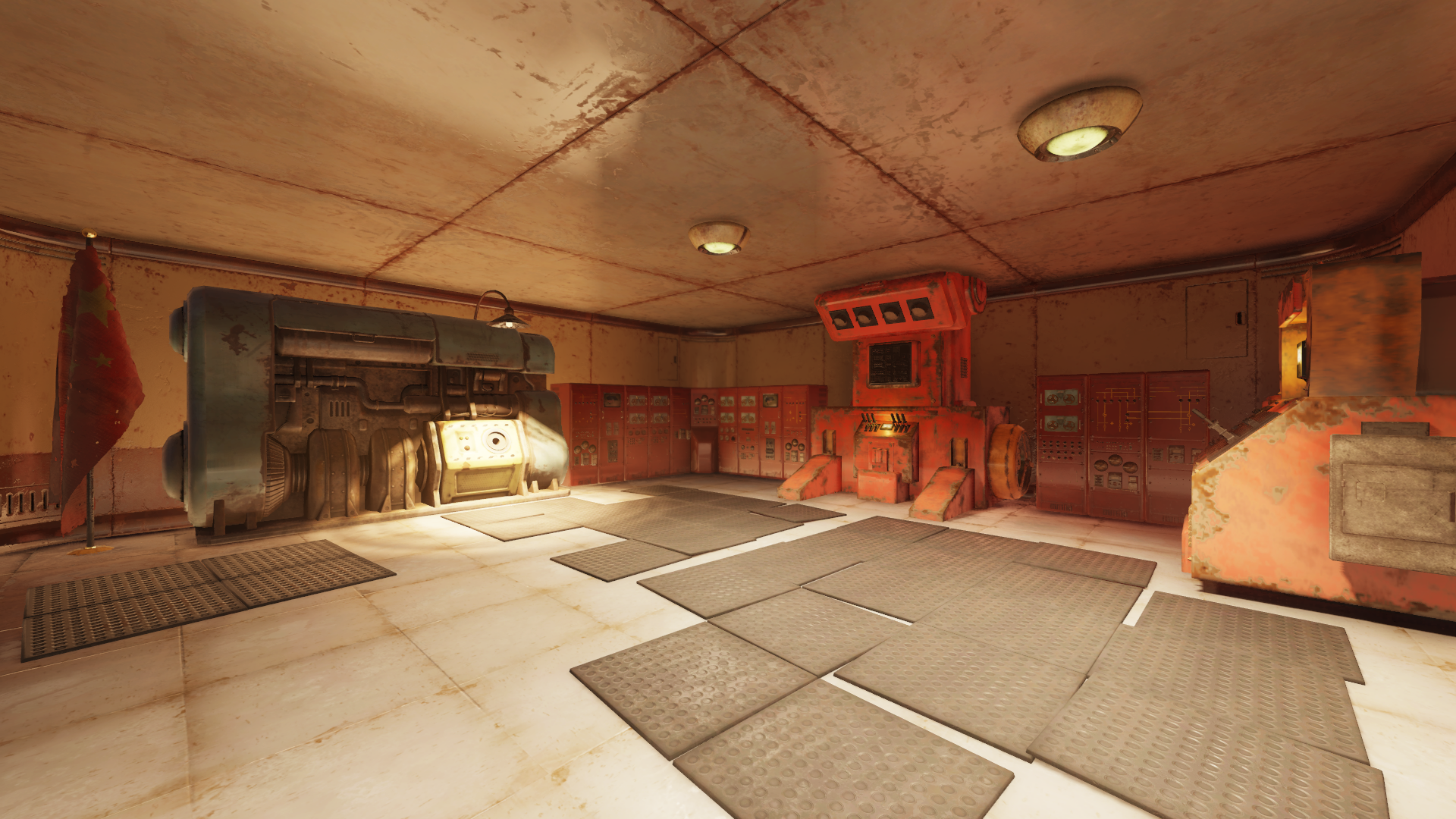