Two cabins and one trailer

The Rocky Narrows Park is a location in the Commonwealth in 2287.

This is a former holiday park, with three distinct structures in it: two cabins and a trailer. The trailer, due east of the park area, contains a trunk with leveled loot. It can also contain the object of a Quartermastery quest obtained from Haylen. There is a cooking station next to the trailer. It also has a small radiation zone about it, due to some toxic barrels left out in front of it. Two yao guai normally patrol the area, though sometimes one will have wandered off.

A short distance north there is an unmarked location which appears to be three makeshift graves. When approaching, a hostile Raider can be seen mourning.

A short distance to the west (just north of ArcJet Systems) there is an unmarked location which appears to be some sort of old power station, constructed of red beams with an attached garage. Look here to find a fusion core in a generator. Careful, there is a fragmentation mine.

The Rocky Narrows Park only appears in Fallout 4. 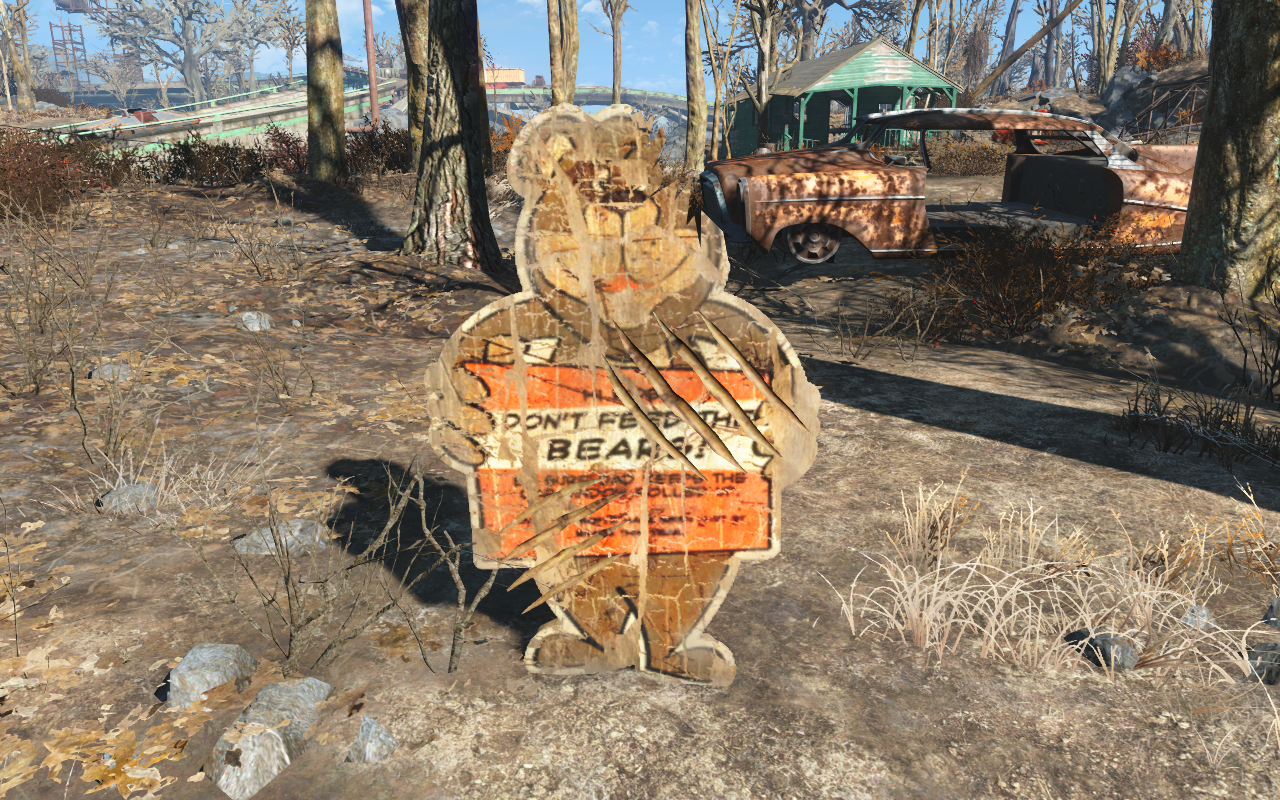