職業獵人
Jangles got lost at the fair - find him!

The Tyler County fairgrounds is a location in the Forest region of Appalachia in 2102.

A staple of Tyler County, the expansive fairgrounds were filled with attractions shortly before the Great War hit. Now, this abandoned carnival is a forlorn reminder of a happier time and a rich source of salvage.

The Tyler County fairgrounds is a large grassy area near the Tyler County dirt track where a fair has been set up. There are many rides, sideshow attractions, and concession stands to be found around the location.

The rides at the park include Rally Rollers (a carousel with cars), an aerial carousel with cars in the shape of Nuka-Cola bottles, a traditional carousel, and a Ferris wheel. The sideshows have names like 'Jar Toss,' 'Hole in One,' 'Nothing But Net' and 'Bandit Roundup.' There are also traditional arcade games such as Atomic Rollers, Red Menace, Whack-a-Commie, and Hoop Shots.

The prize booth is located on the western side of the fairgrounds near the Bandit Roundup booth and contains several toys. However, the largest attraction at the fair is a stand in the shape of a giant Nuka-Cola bottle found in the center of the grounds. Inside the stand are free Nuka-Cola samples as well as a first aid box.

There is a cooking station in the 'Funnel Fun' concession stand. A shed in the makeshift parking lot to the south has a sign advertising the "Tyler County Scare!" Inside is a tinker's workbench and Halloween display, complete with pumpkins, candy, and orange and black decorations.

Jangles got lost at the fair - find him! - Jangles can be found inside the red concession stand at the center of the fairground next to an ice cooler. 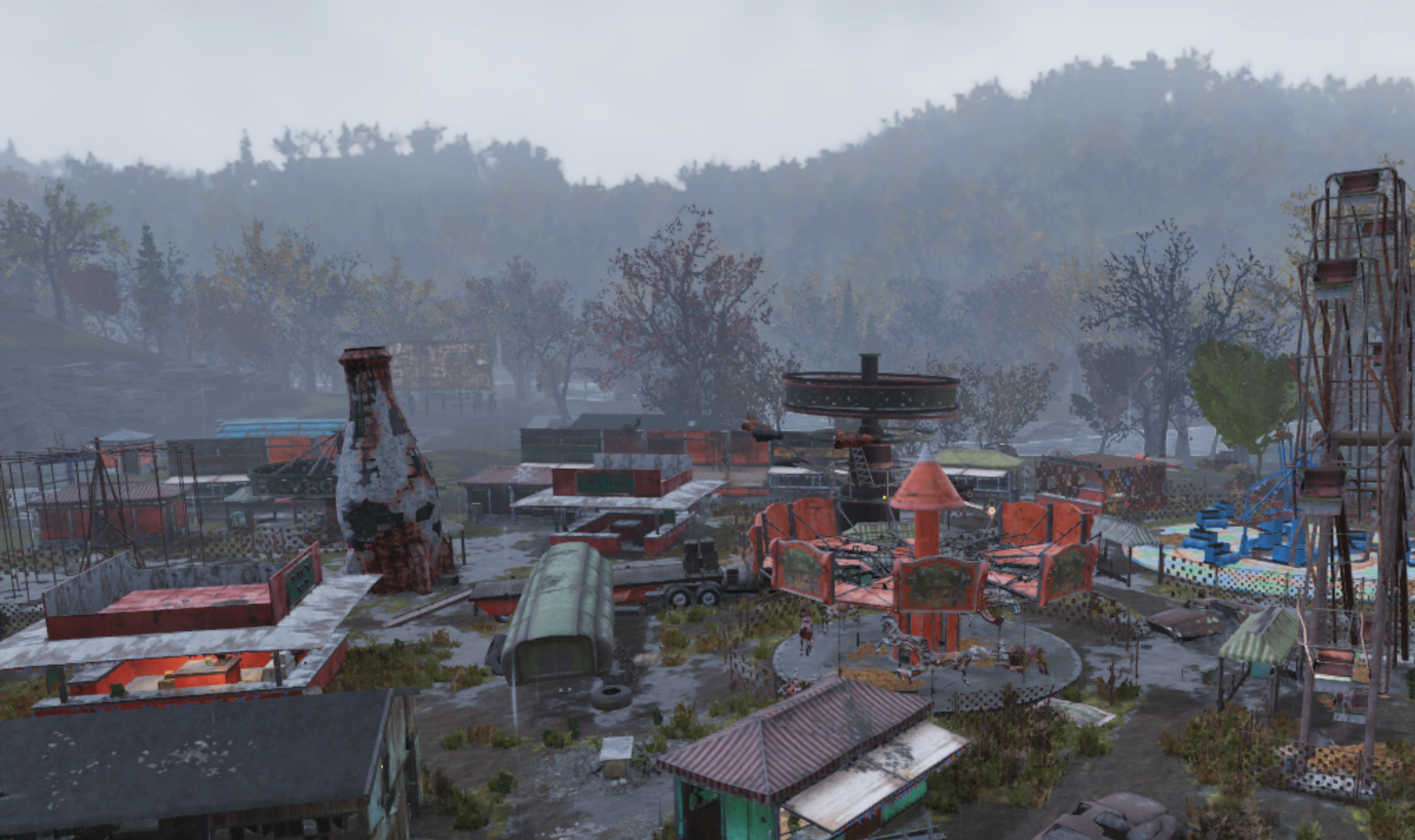 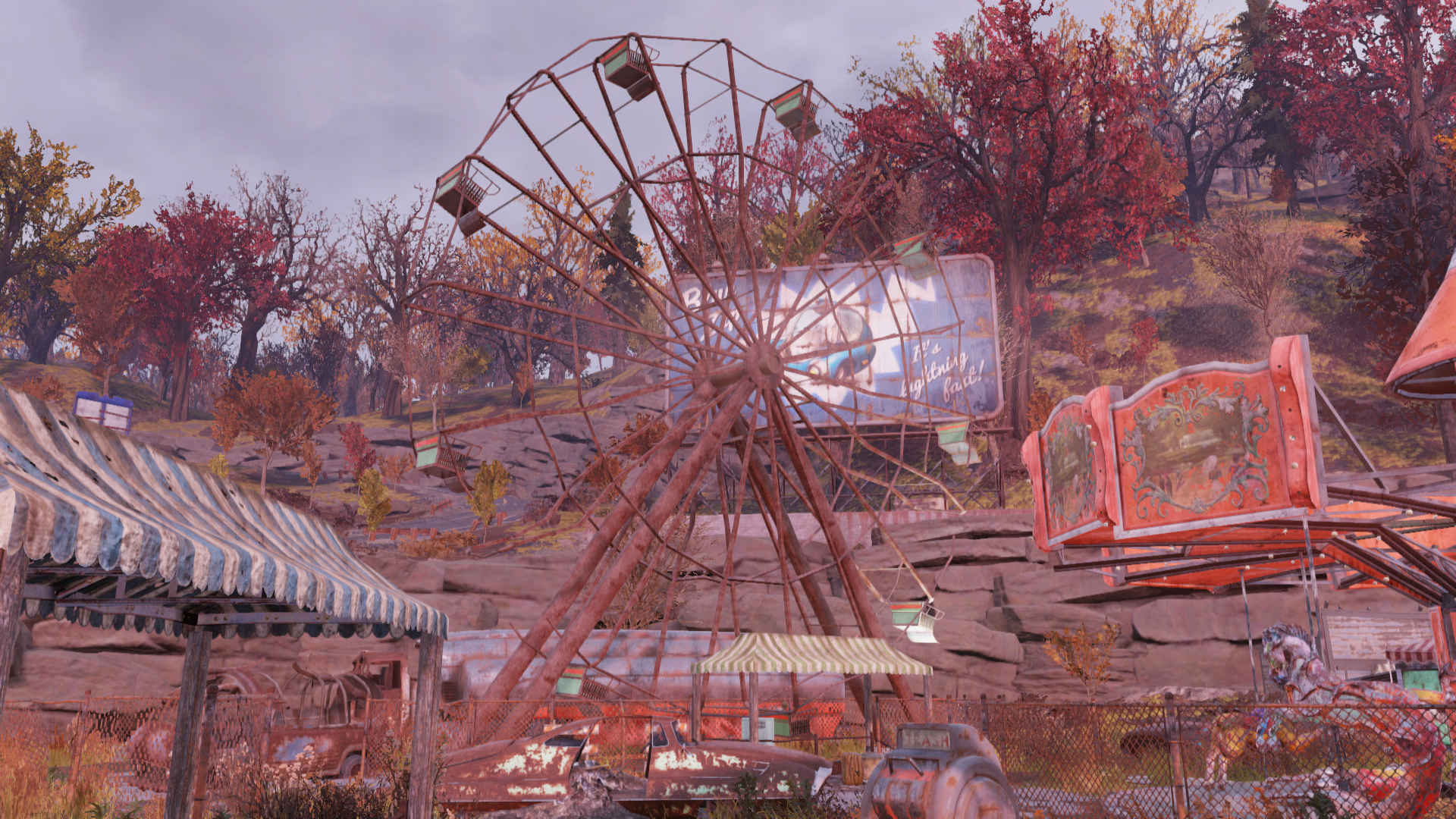 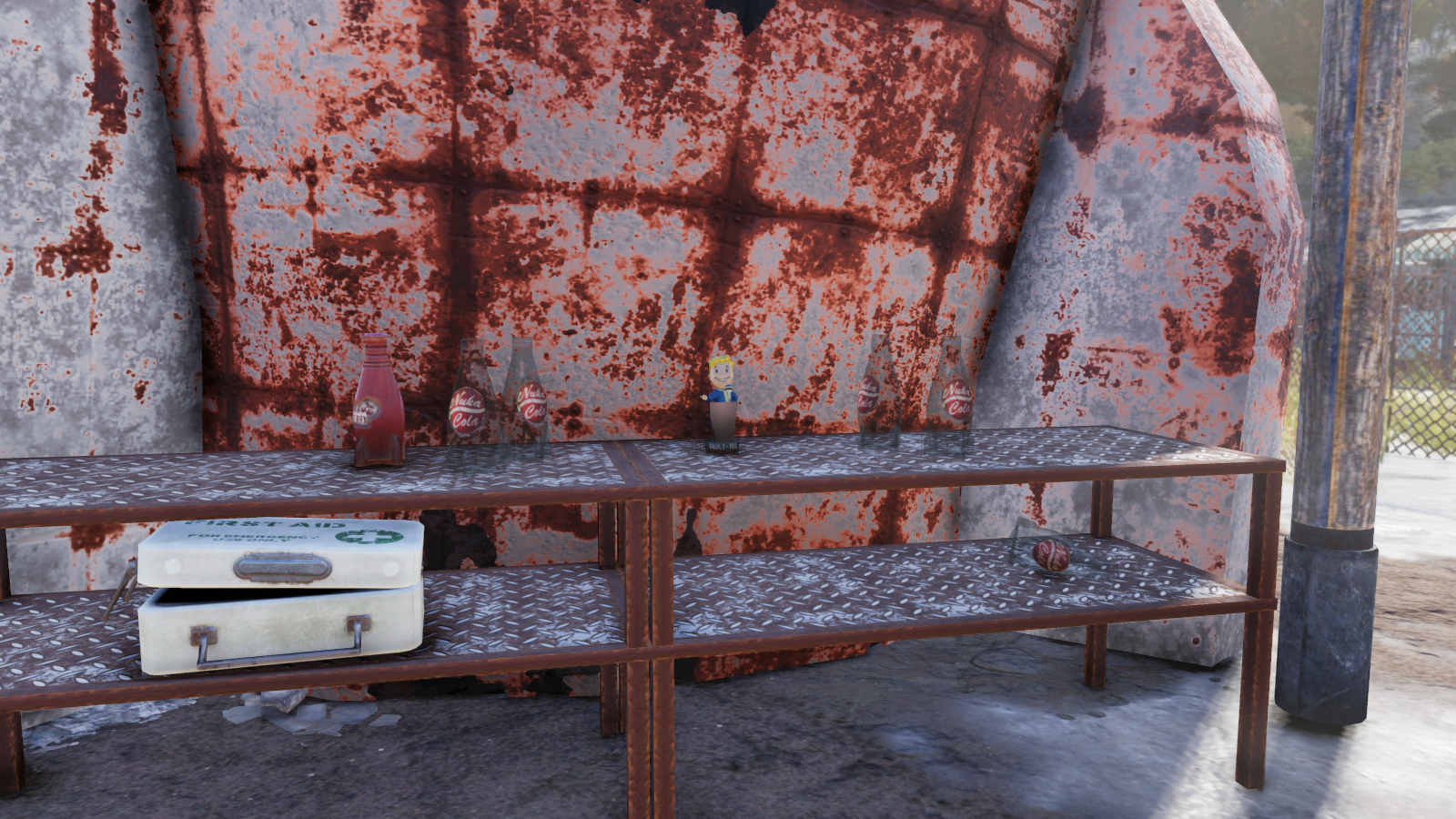 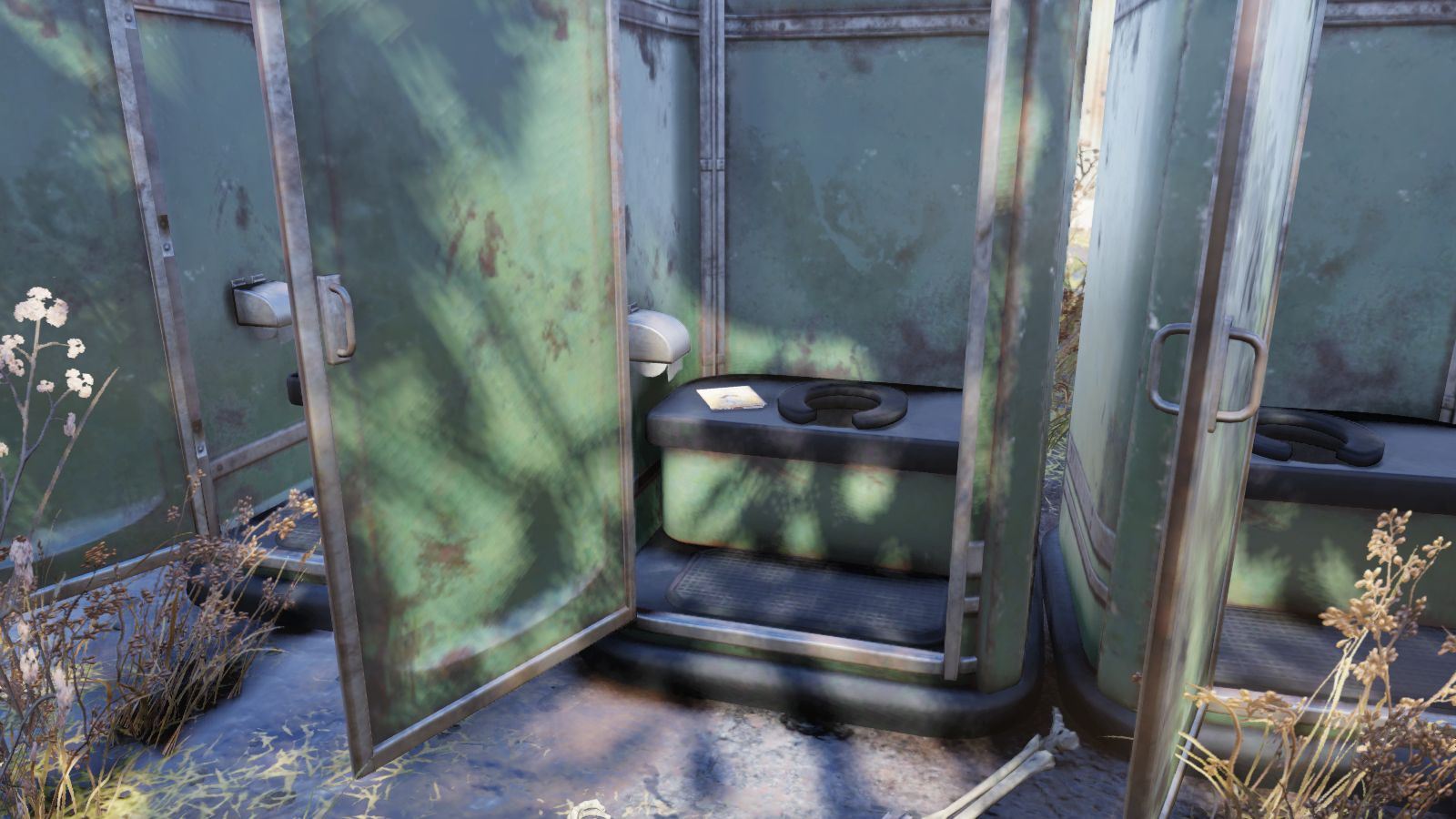