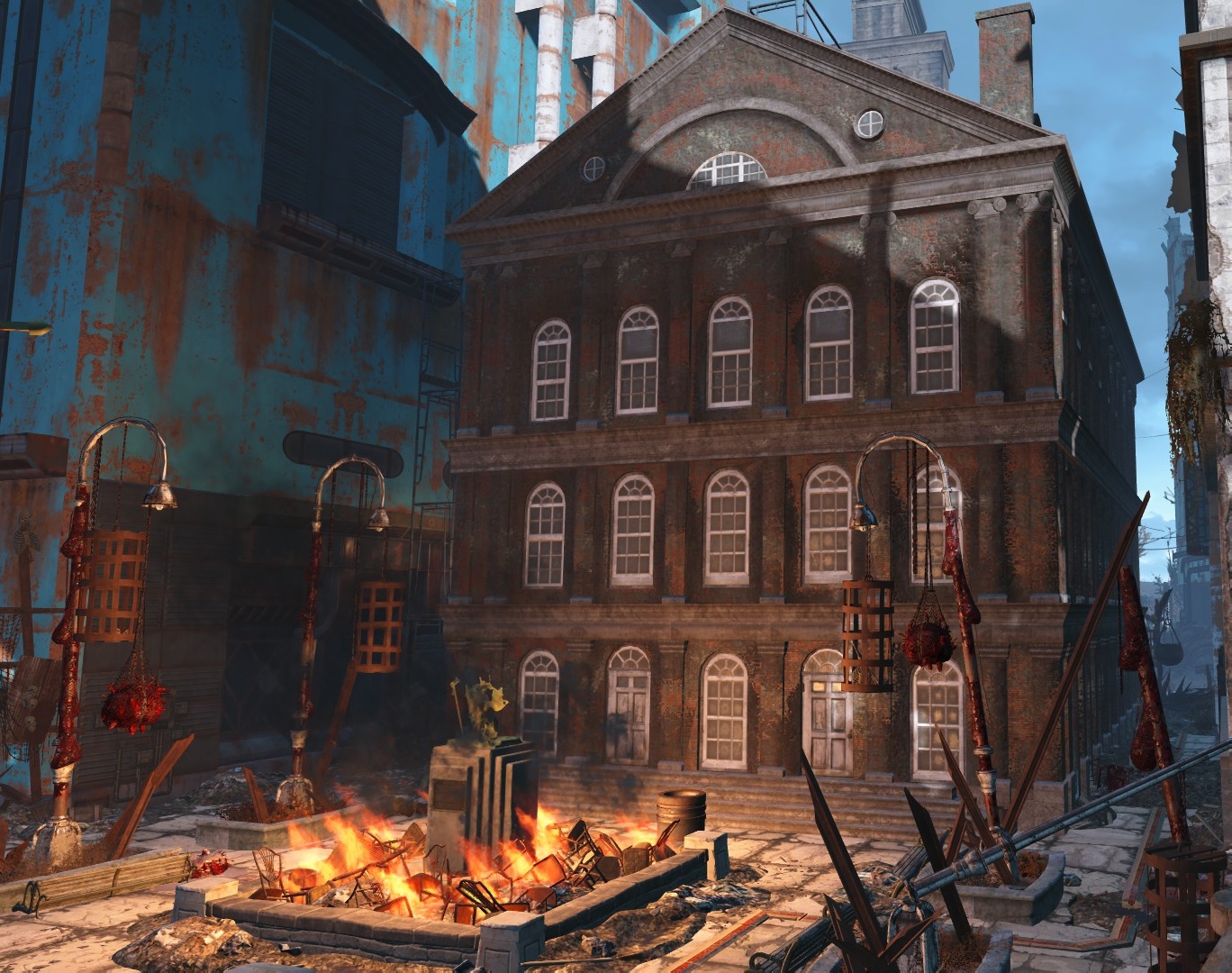 Faneuil Hall is a location in the Commonwealth in 2287.

The building seems to be intact on the outside. However, both the surrounding area and inside are completely overrun by super mutants. On the front plaza is a large fire surrounding the destroyed statue, with metal spikes in the foundation itself. There are at least four super mutants; including one super mutant suicider patrolling the premises. Two doors at the front and back grant access to the building.

Three protectrons can be activated via a terminal upon an entry from the front of the building (The terminal is to the right of the entrance, behind the trash can.) Up on the roof, the Sole Survivor can start the quest The Gilded Grasshopper (if not previously started at the Valentine Detective Agency, via the Detective Case Files quest) after reading the note inside the grasshopper. It can be found on the tip of the weather vane atop the golden dome next to the ruined bell tower.

Faneuil Hall appears only in Fallout 4. 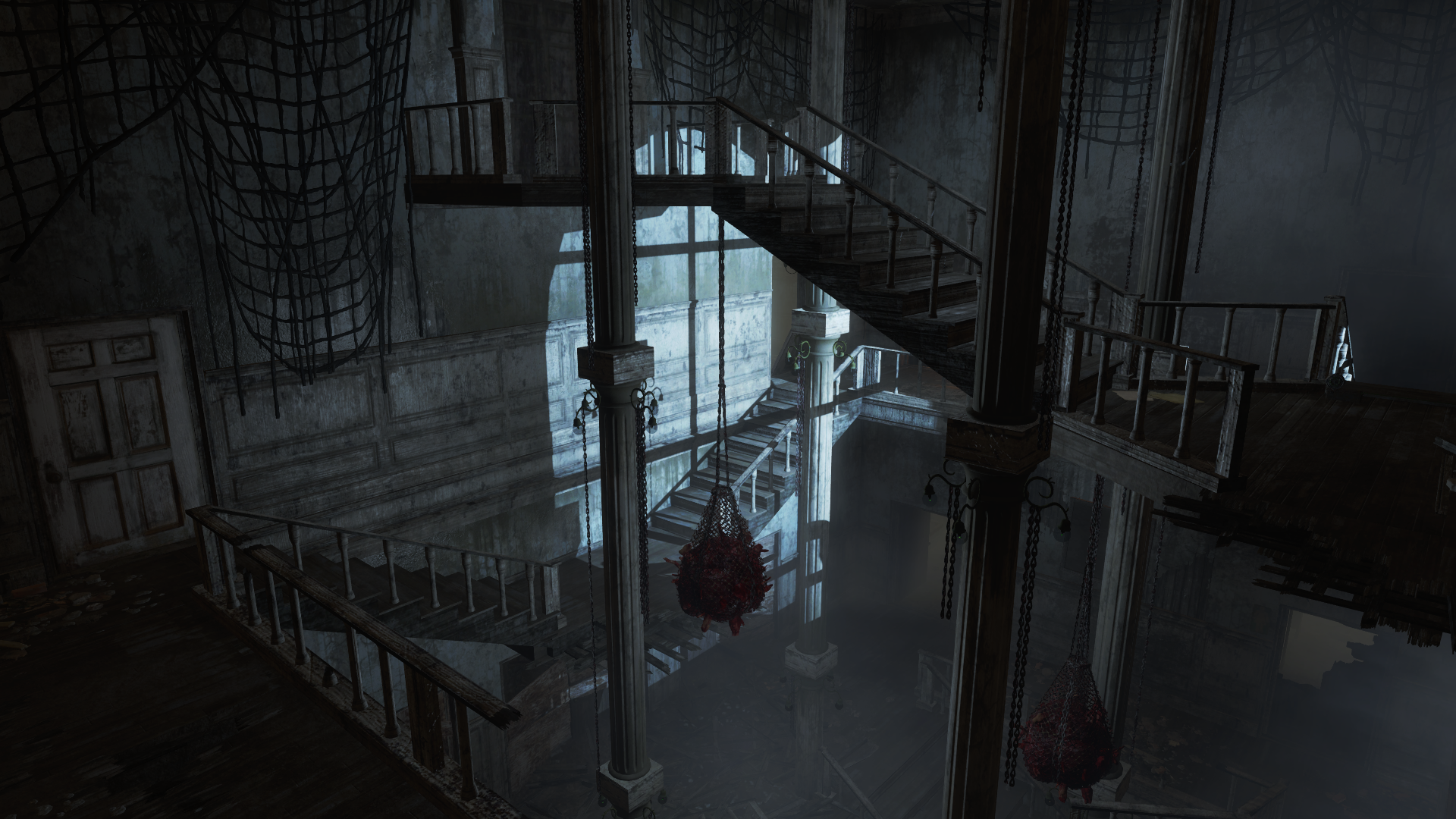 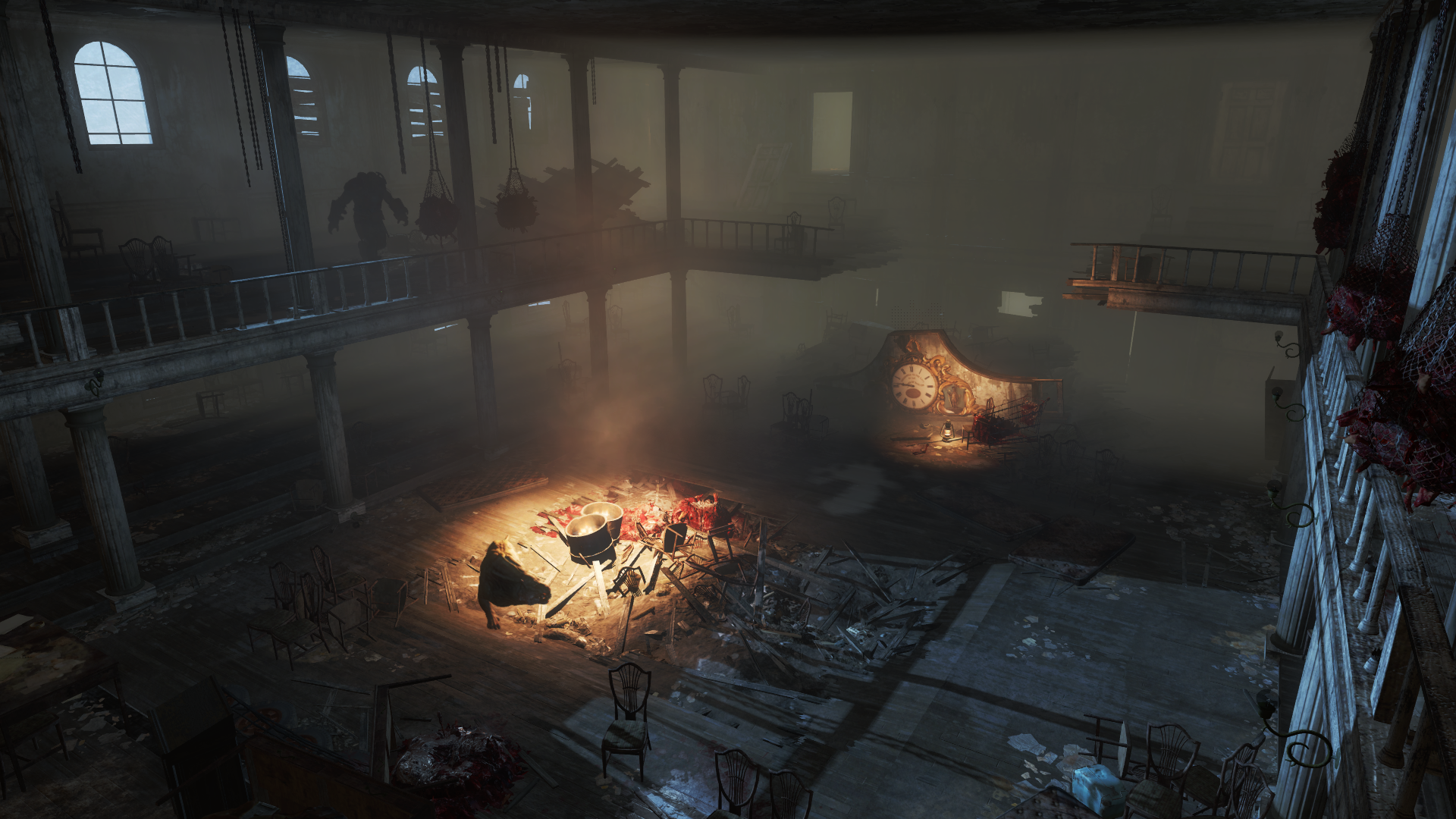 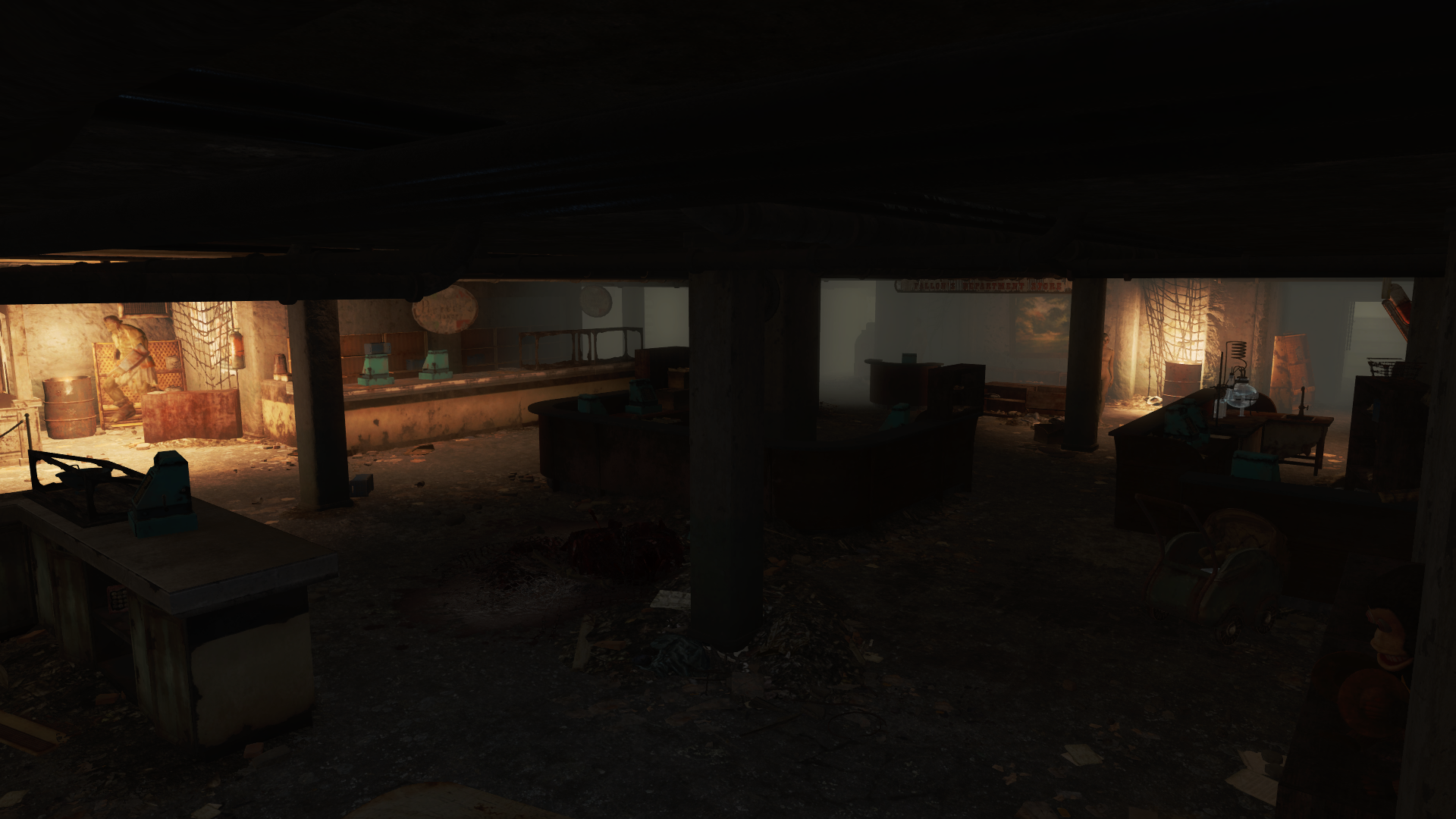 Marketplace in the downstairs hall 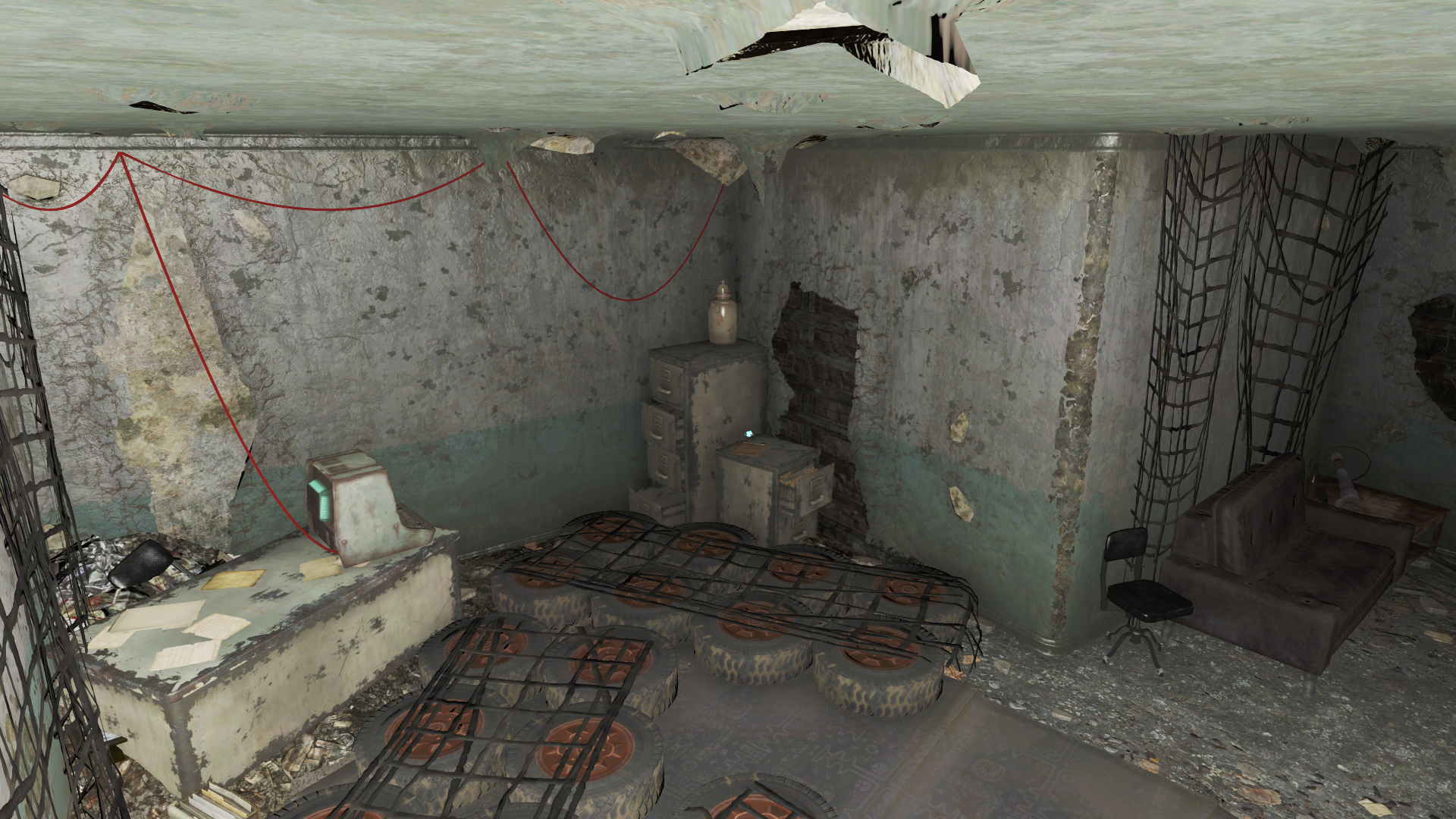 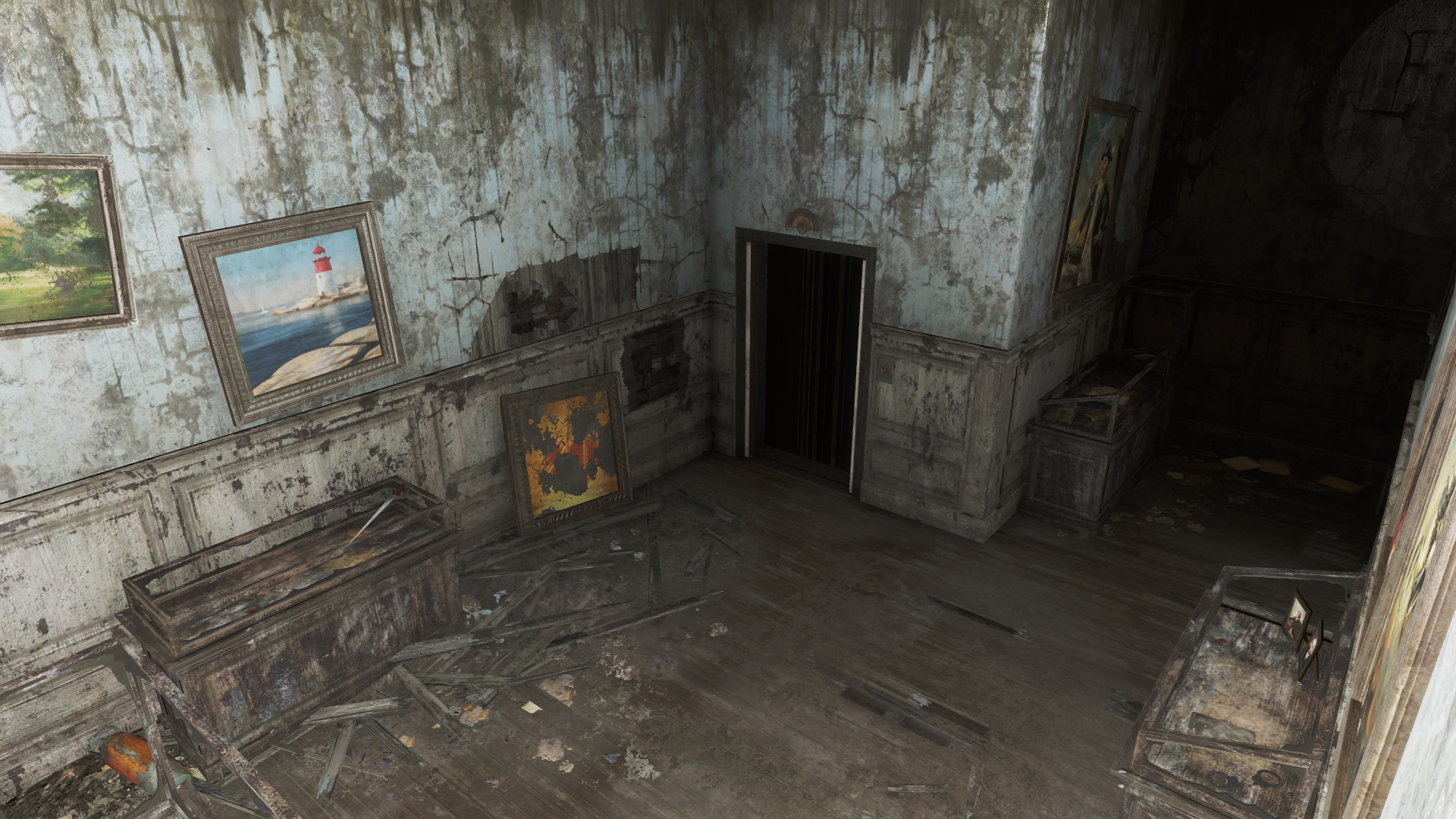 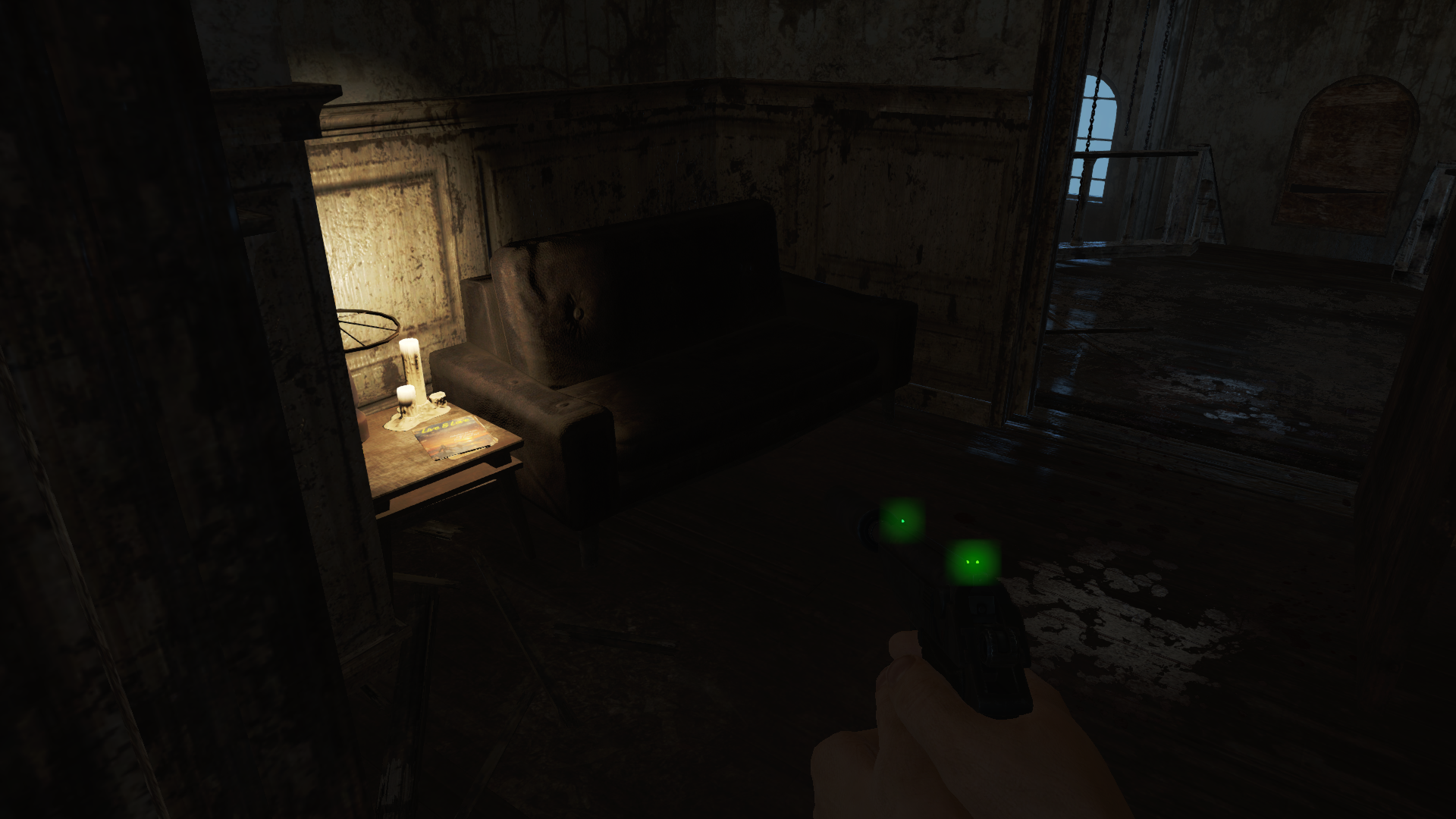 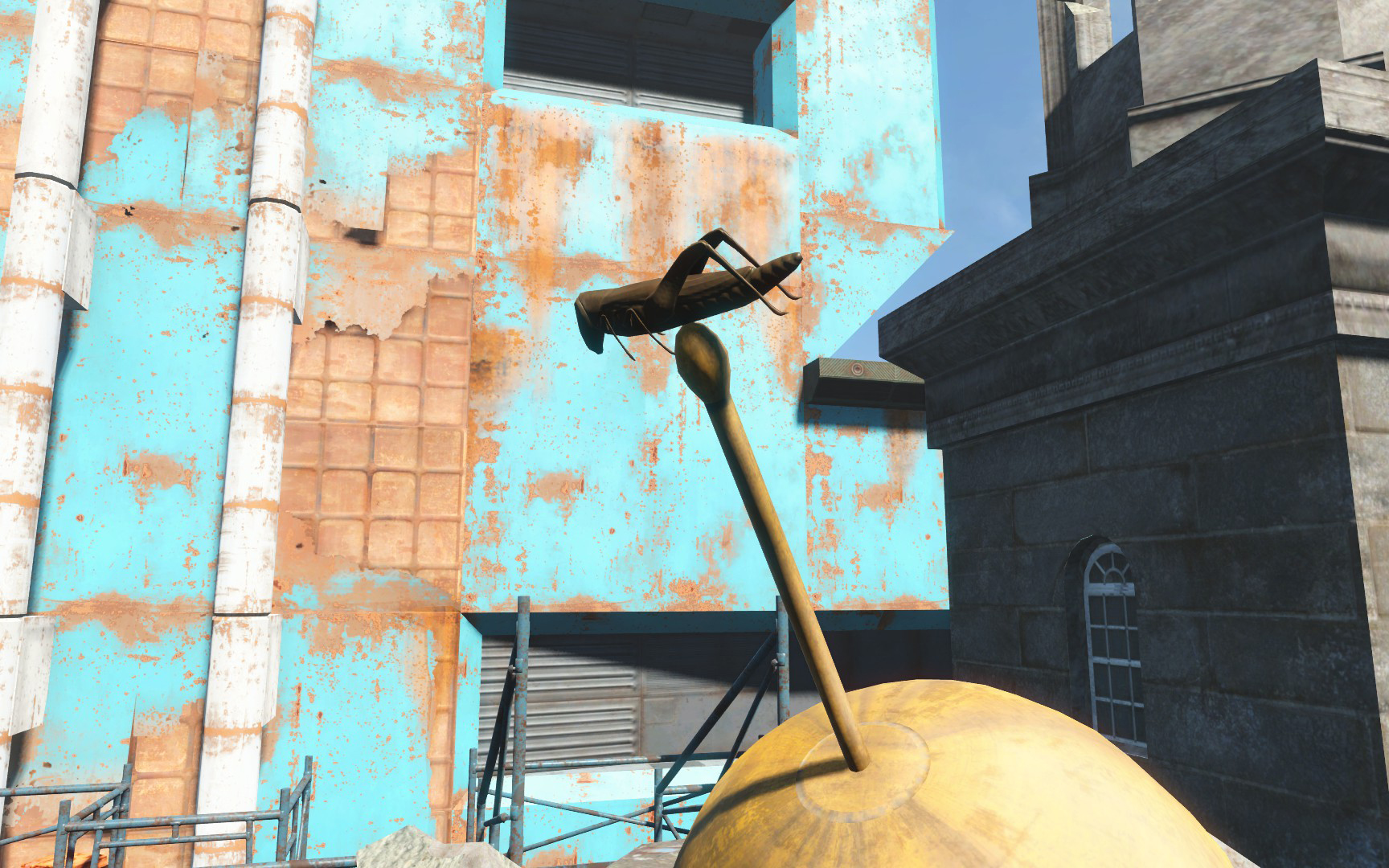