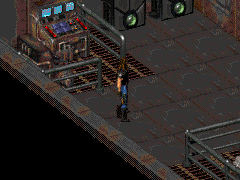 San Francisco
A. Ron Meyers
PMV Valdez bridge computer
Access to the Oil Rig
前一任务：
-
后一任务：
-
Find Badger's girlfriend in the hold below the ship
The Shi need plans for a vertibird from Navarro

“I've heard the Hubologists have some fuel, and I could take a looksee in their computer for you.”— Badger

The tanker needs fuel is a quest in Fallout 2.

In order to cross the waters of the post-nuclear Pacific, the PMV Valdez needs to be fixed. One of the necessary elements is fuel. To learn this and get the quest, the Chosen One needs to speak to the tanker's Captain by first gaining his trust. Alternatively, they can examine the control computer station behind him and check the vessel's status themselves.

There are several ways to get fuel for the tanker: