The treehouse village is a location in the Mire region of Appalachia in 2102.

Built high up in the trees to avoid the swamp and the creeping strangler vines that slowly throttled the Mire, this settlement grew out of a simple treehouse. Running away from raiders, Free States members Lorne and his daughter, Darlene, discovered it on September 19, 2081. They climbed it and used the advantageous position to eliminate their pursuers them. After that, they concluded that building their houses in the top of the trees would be the best idea if they wanted to survive. Lorne reached out to Gavin McCullough, a former master carpenter, and he and his group agreed to help building the village. Work proceeded rapidly and within a month, they expanded the treehouse into a village. Gavin designed a way to use other nearby trees to build a series of interconnected platforms. It was a clever design - everyone would have their own platform with living quarters and a roof over their heads. They were close to each other, but each group would still have some privacy.[1]

Under Gavin's direction, the two groups soon finished the village, However, it became apparent that the dreams of living in a treehouse were just that - dreams. Repeated attacks by raiders finally claimed the life of Darlene on November 19, 2081, leading the group to abandon the village they just created. Lorne booby-trapped the platform and moved on, realizing that since raiders knew where the village was, it was a matter of time until one of them decided to hit them in force.[2]

Located off the ground, the village is spread across over a dozen platforms connected by walkways. The platforms are made from a variety of materials and built as the terrain permitted. The central part of the village is a large shack with a cooking station and tinker's workbench, connected directly with a platform that housed the pantry and the main kitchen. From there, denizens could reach the northern platforms, which includes one that hosted the living quarters and another jutting out northwards.

The southern side includes several smaller platforms, including one that houses the secondary kitchen, bar, and housing for families.

The treehouse village appears only in Fallout 76. 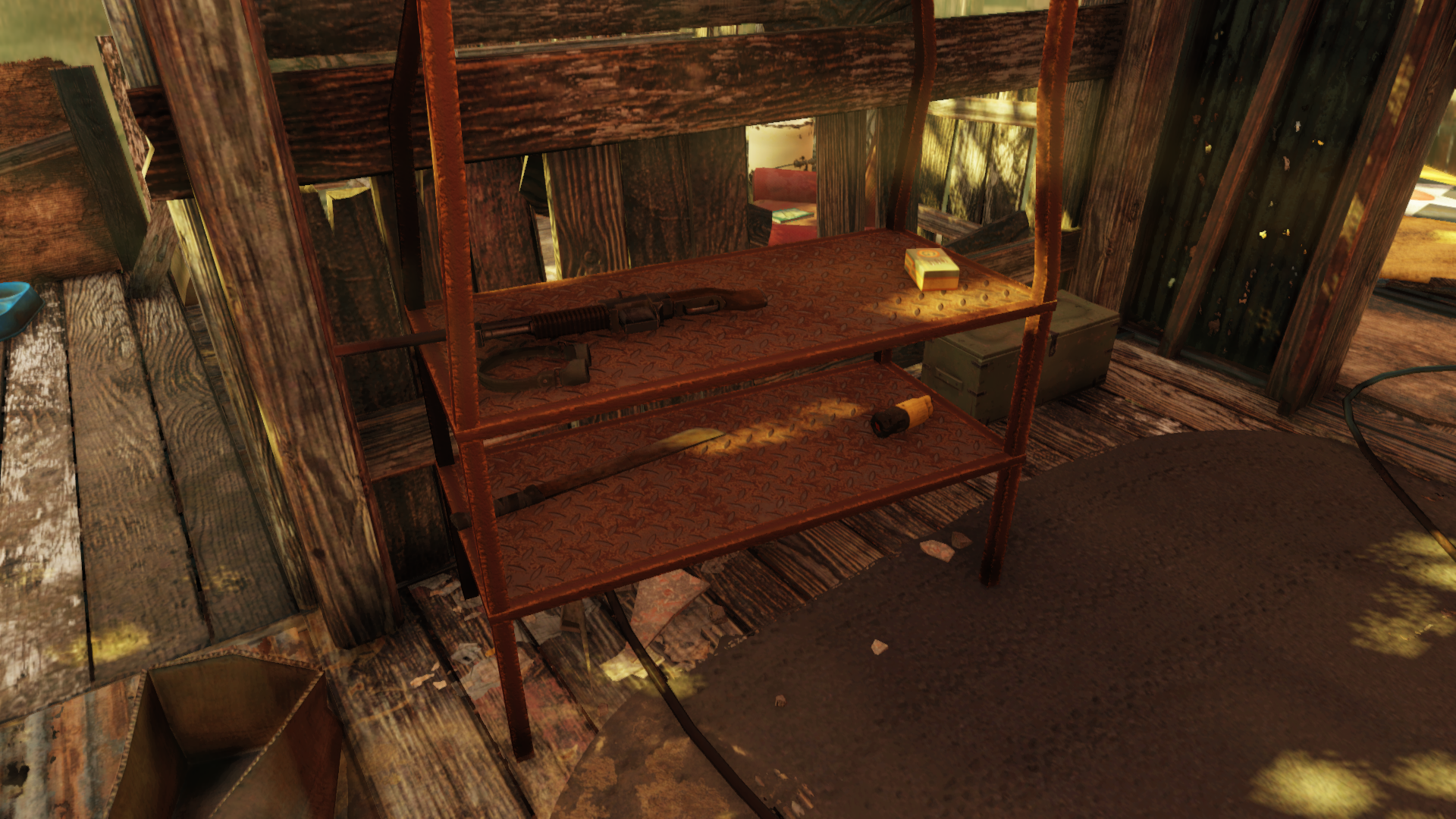 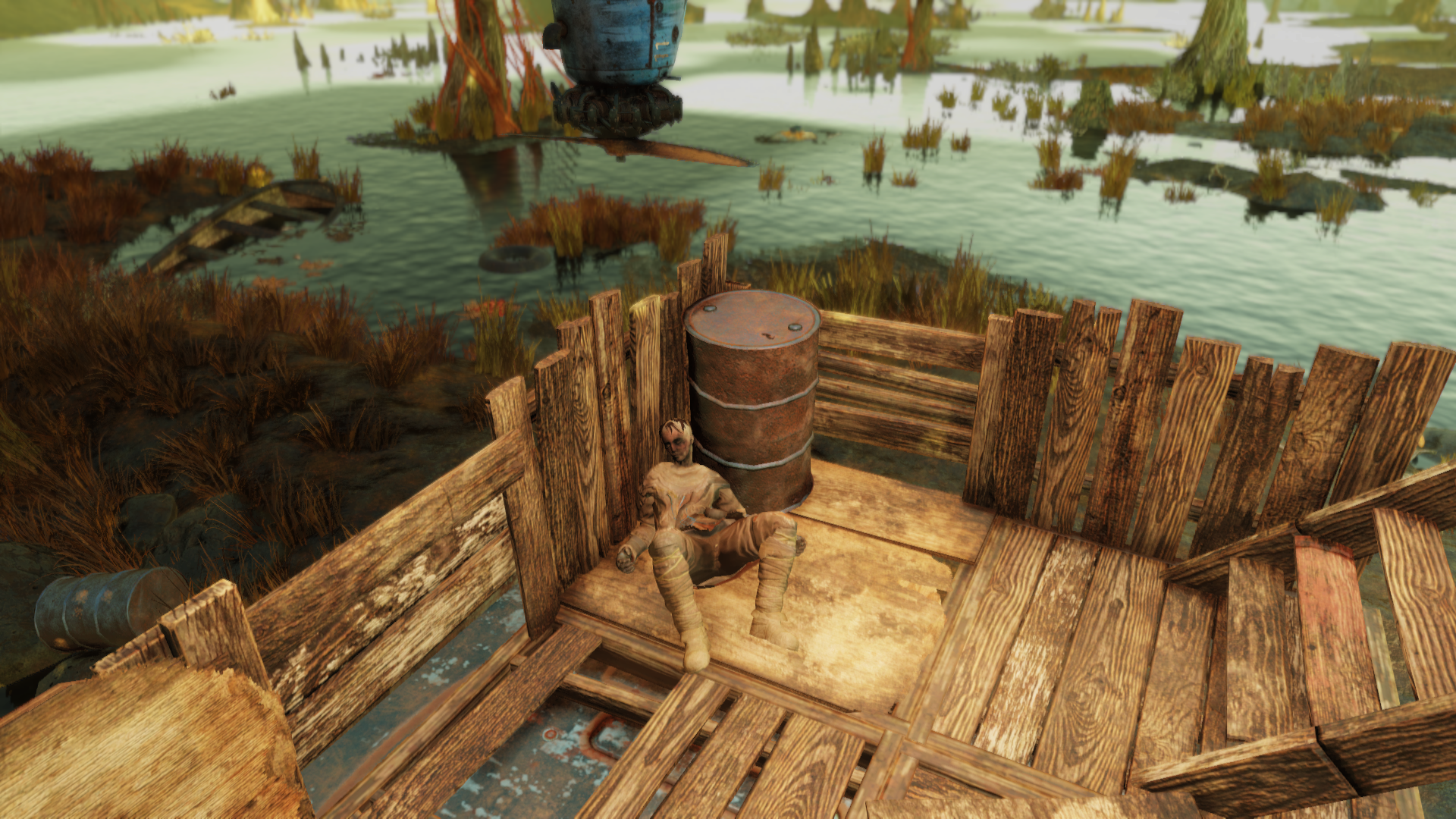 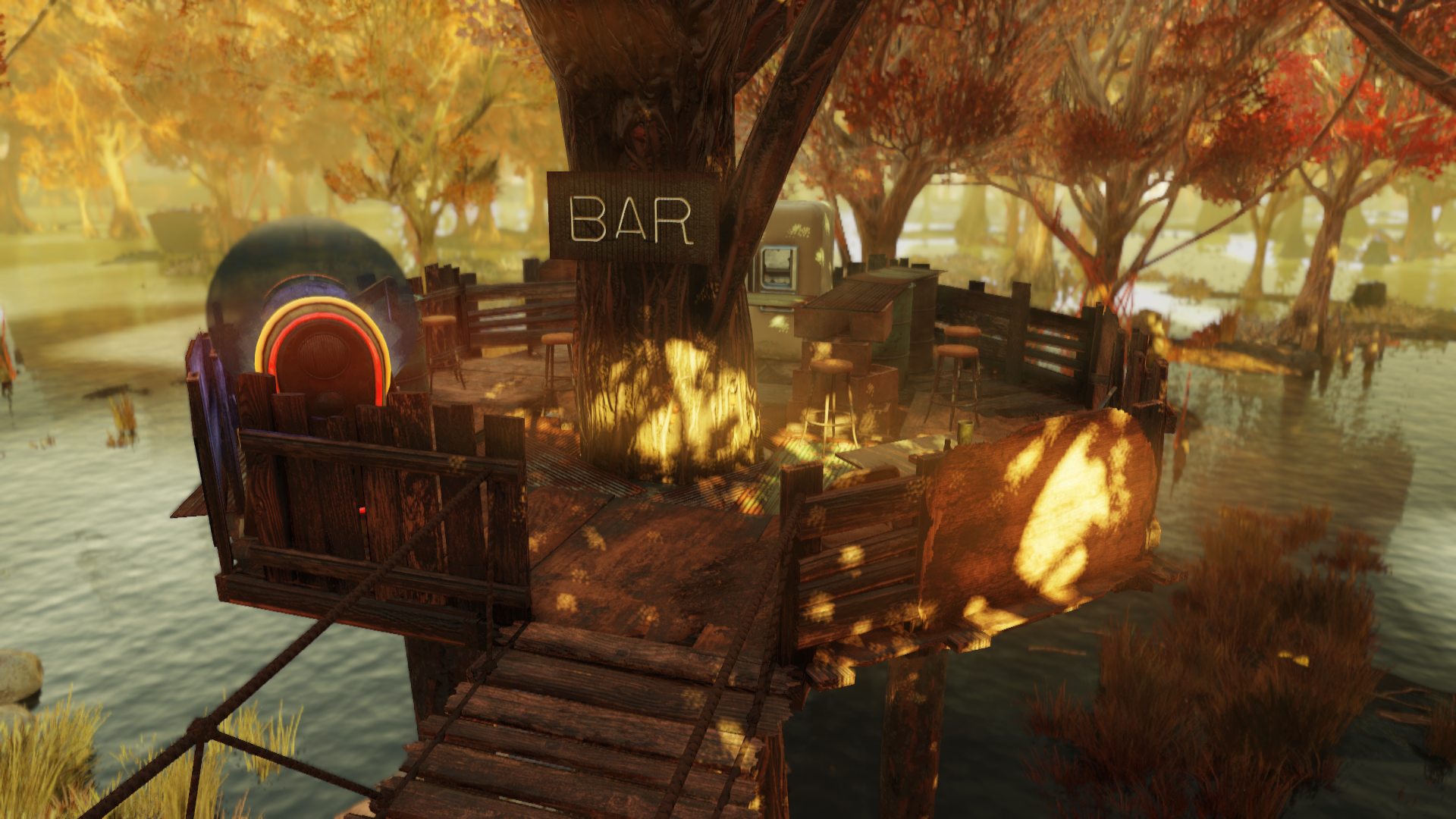 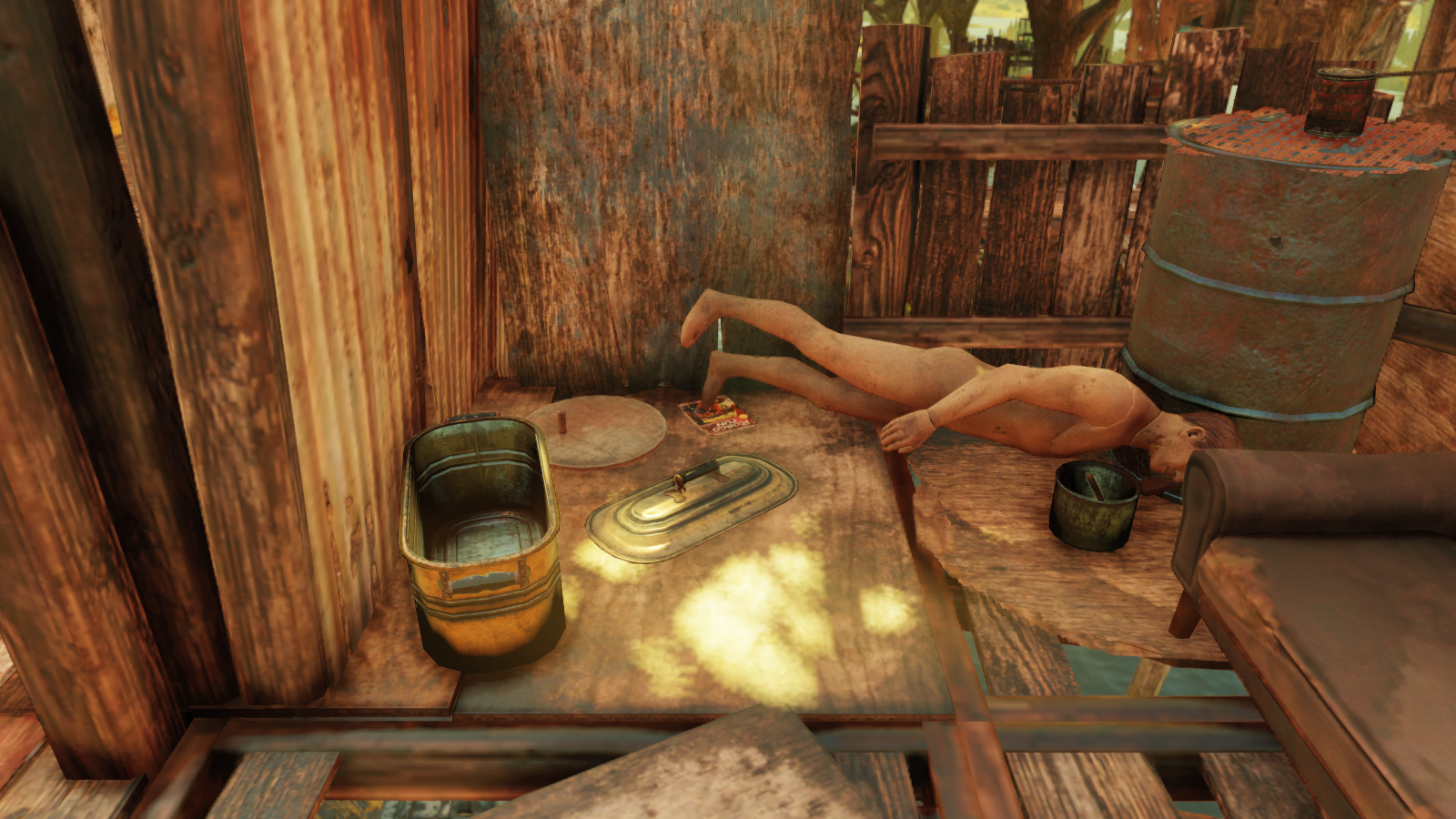