“An entirely new way to play Fallout 76, completely changing the rules of the Wasteland.”— fallout.bethesda.net

Nuclear Winter is a 52-player battle royale gameplay mode in Fallout 76. It was first released in a sneak peek form as part of the Nuclear Winter update on June 10, 2019, coinciding with a free trial week of the game. It is currently in a beta form.

The game mode's sneak peak was originally set to end on June 17, 2019, but it was extended following an announcement on June 14.[1] Nuclear Winter later transitioned into its current beta stage. From its first release until patch 13, Nuclear Winter's map was centered around the town of Flatwoods, alongside Sutton, the New River Gorge Bridge, Camp McClintock and Helvetia, among other locations. After patch 13, a new map was added, adding in the urban setting of Morgantown, with Monongah, Grafton Steel, Grafton Dam, Eastern Regional Penitentiary and other areas in play.

In a battle royale where the last team standing wins, players attempt to claim their spot as the overseer of Vault 51. Teams of up to four are formed from up to 52 players. Players vote for which map to be played in the pre-game Vault 51 lobby. Individuals then choose their spawn point on the map, only visible to fellow team members. Just before deploying to the battlefield, all enemy spawn points are revealed.

A circular ring of fire slowly closes in on the combatants. Visible on the map, it dynamically becomes smaller and quickens based on the concentration of players. Everything outside the ring of fire gradually takes damage, including creatures, vehicles, and player characters.

Exclusive perks are used in a new perk card system for the game mode. A maximum of seven cards are allowed to be equipped at once. The S.P.E.C.I.A.L. stats of player characters are carried in from Adventure mode and limit perk choices.

Instead of the usual leveling system, overseer ranks are used to progress and unlock new content. As access is gained to new vault rooms, holotapes, and terminals, the story of Vault 51's original dwellers is revealed.

Rewards are earned at the end of each match or upon a player's death. An interface displays the player's performance and statistics for the match. Alongside each statistic is the total XP gained based on performance.

Banner for the sneak peek of Nuclear Winter 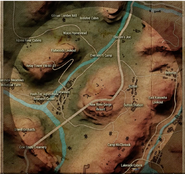 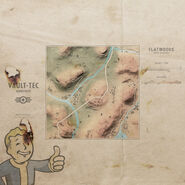 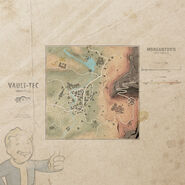 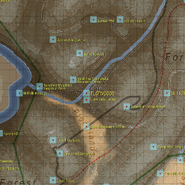 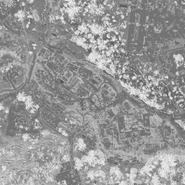 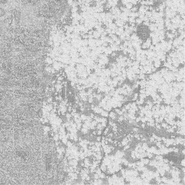