Construction started on Nuka-World in July 2049, and Nuka-World opened on May 1st, 2050. On opening day, over 40,000 tickets were sold, and plans were made to expand immediately, as it featured only two lands at the time: Nuka-Town USA and Kiddie Kingdom. Dry Rock Gulch opened in 2058, followed by Safari Adventure in 2067. The last park area, Galactic Zone, opened in 2072.[1] Following John-Caleb Bradberton's agreement with General Braxton in 2076, the park saw a decrease in manpower and budget as many resources were diverted to Project Cobalt.

Post-War, Nuka-World became the site of a small trading settlement inhabited by peaceful settlers and traders. However, the park's resources and defensive layout made it a desirable target for the raider gangs in the area. Inspired by Porter Gage, a raider named Colter united the Operators, Disciples and the Pack and seized control of the park. Overboss Colter and his subordinates turned the park into their fortress, enslaving the original inhabitants and using it as a staging point for small-scale raiding operations.

Nuka-World appears only in the Fallout 4 add-on Nuka-World. It is mentioned by Ms. Maids at the Whitespring Resort in Fallout 76. 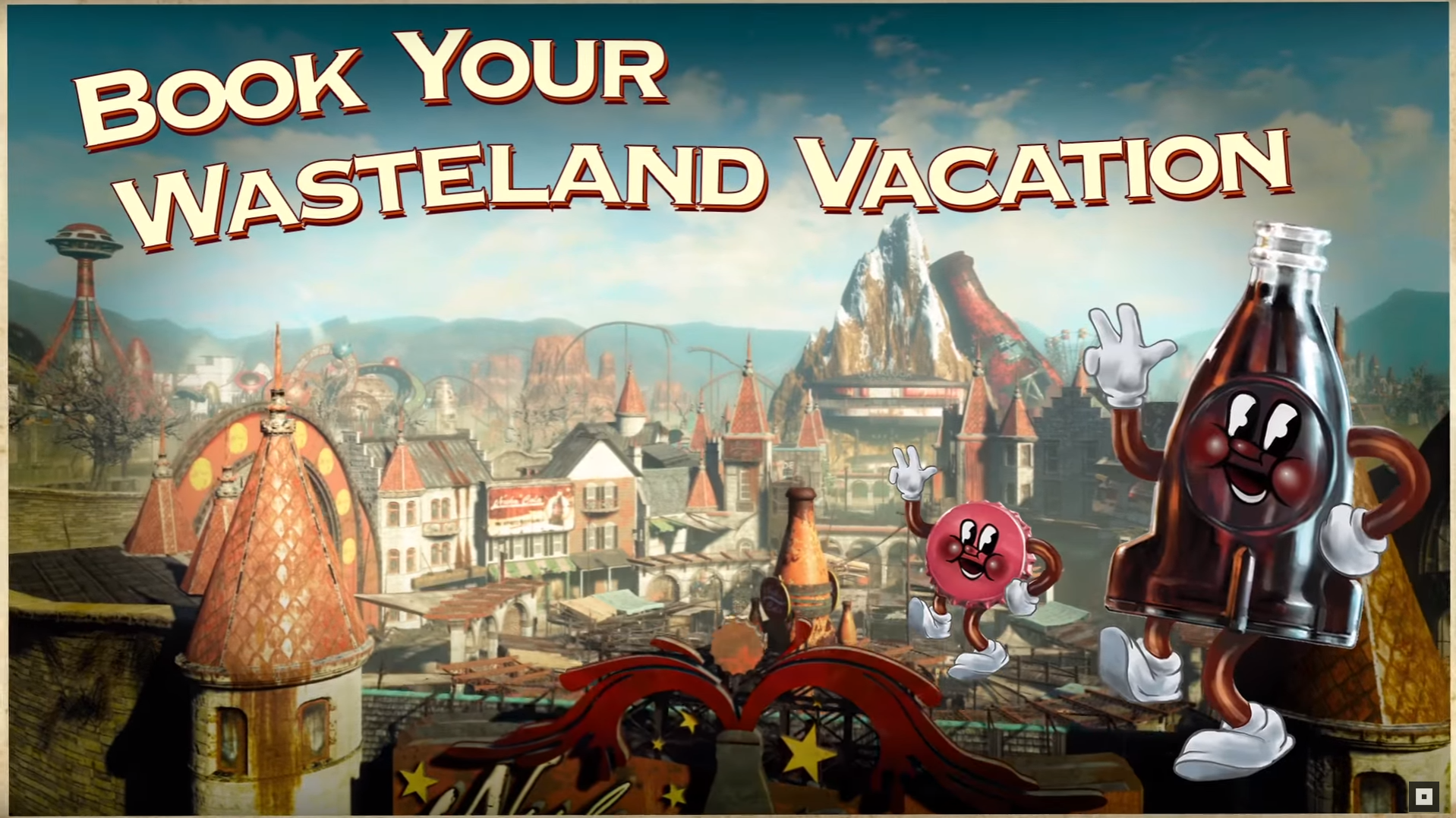 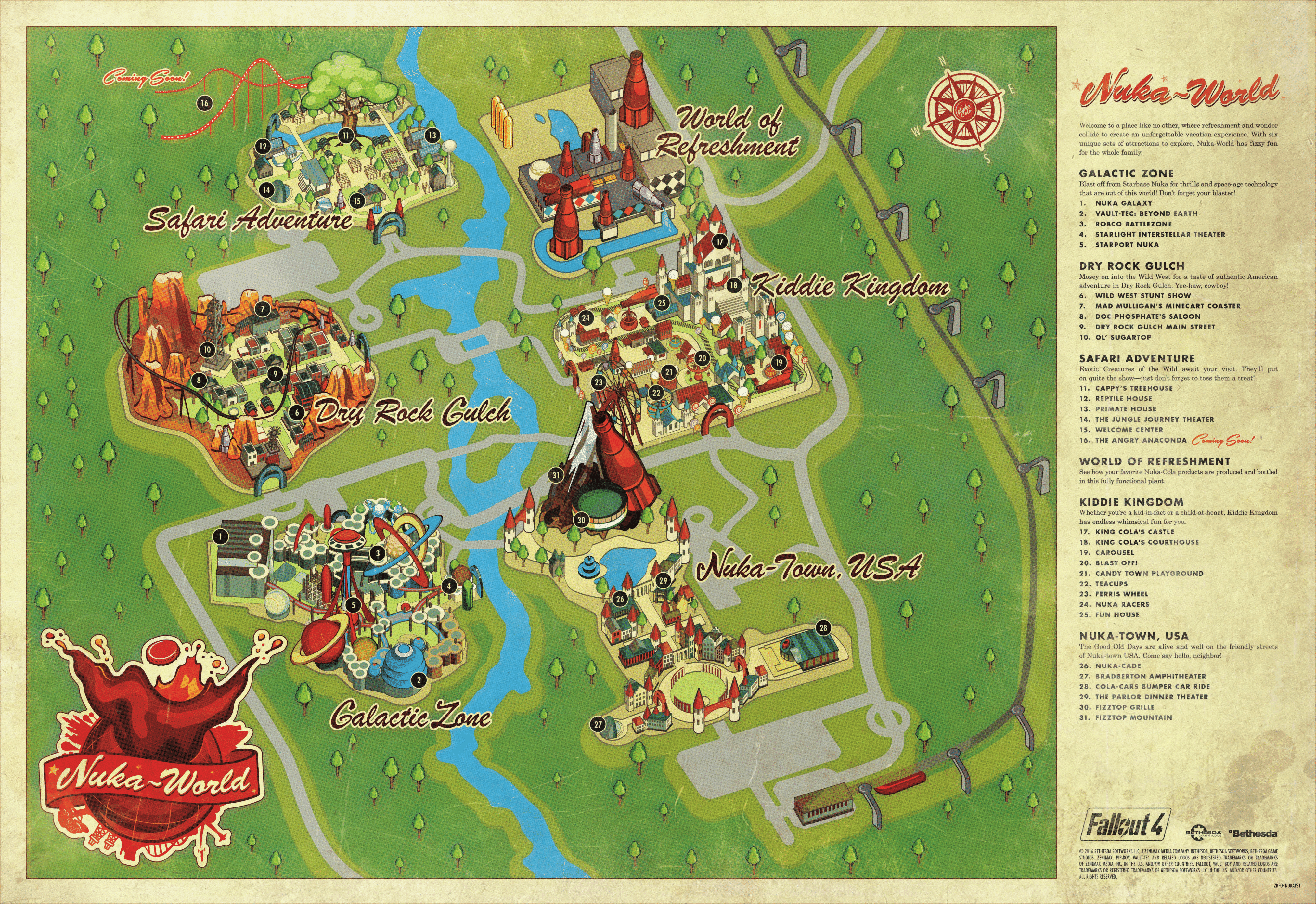 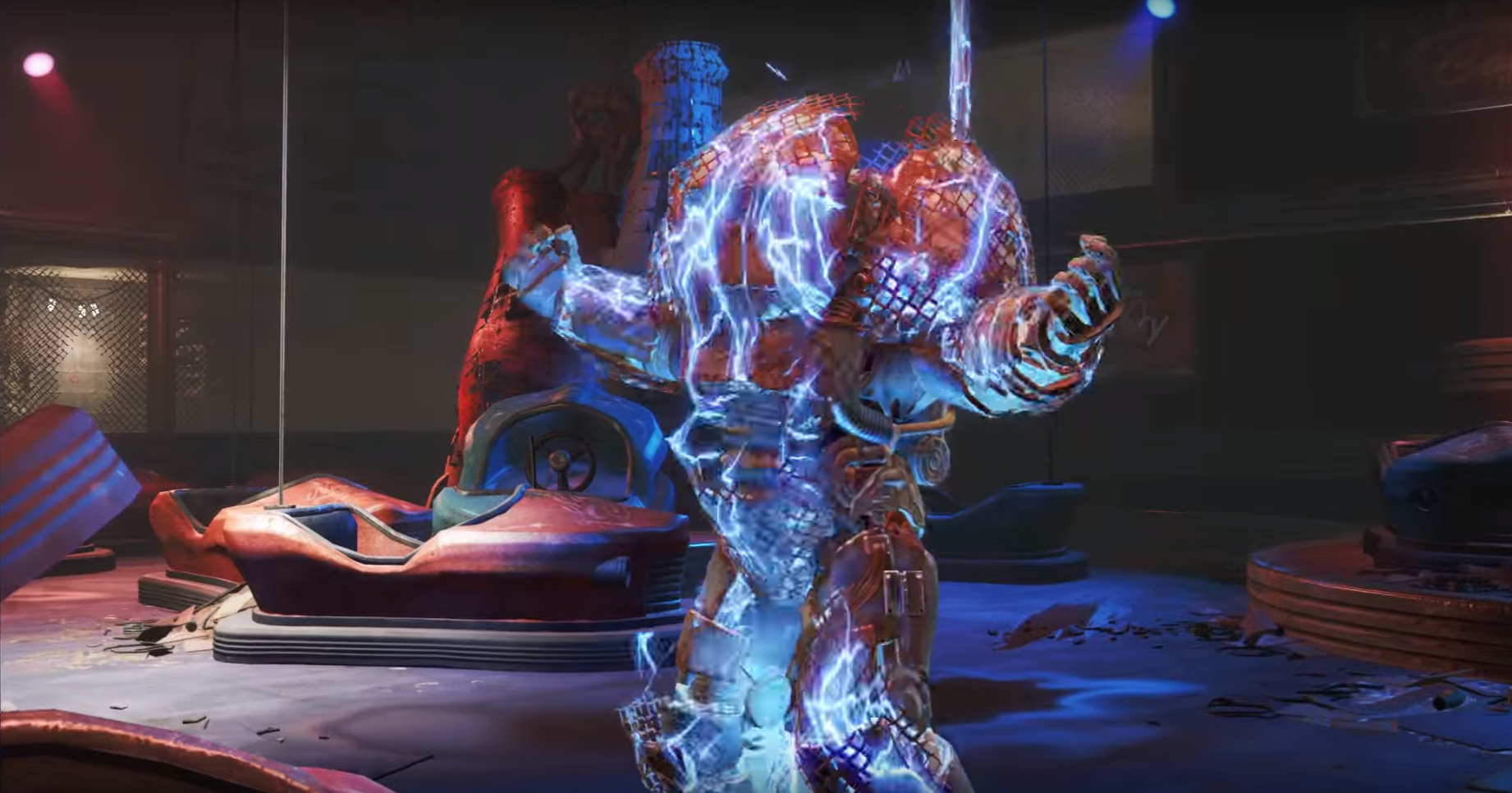 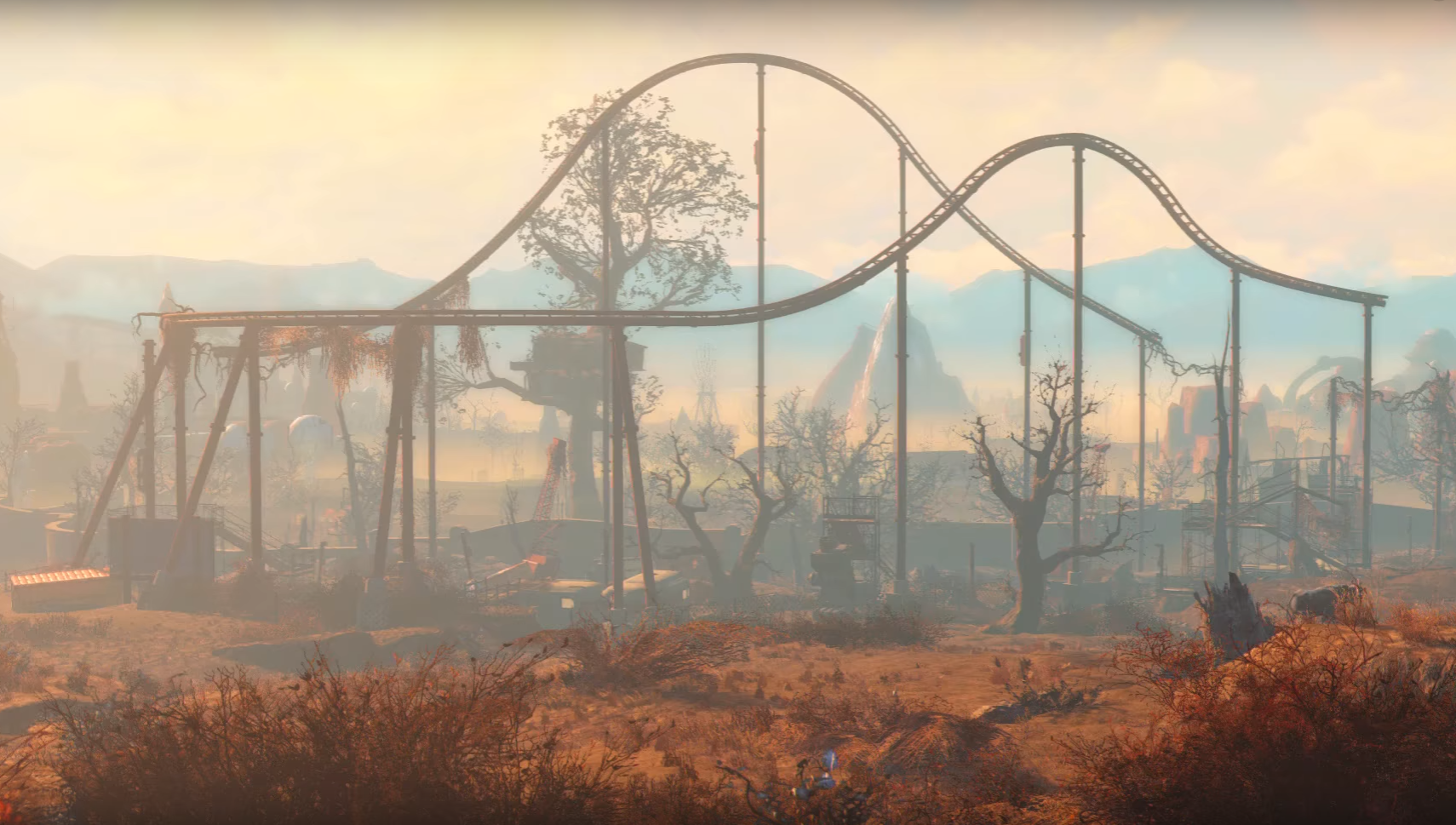 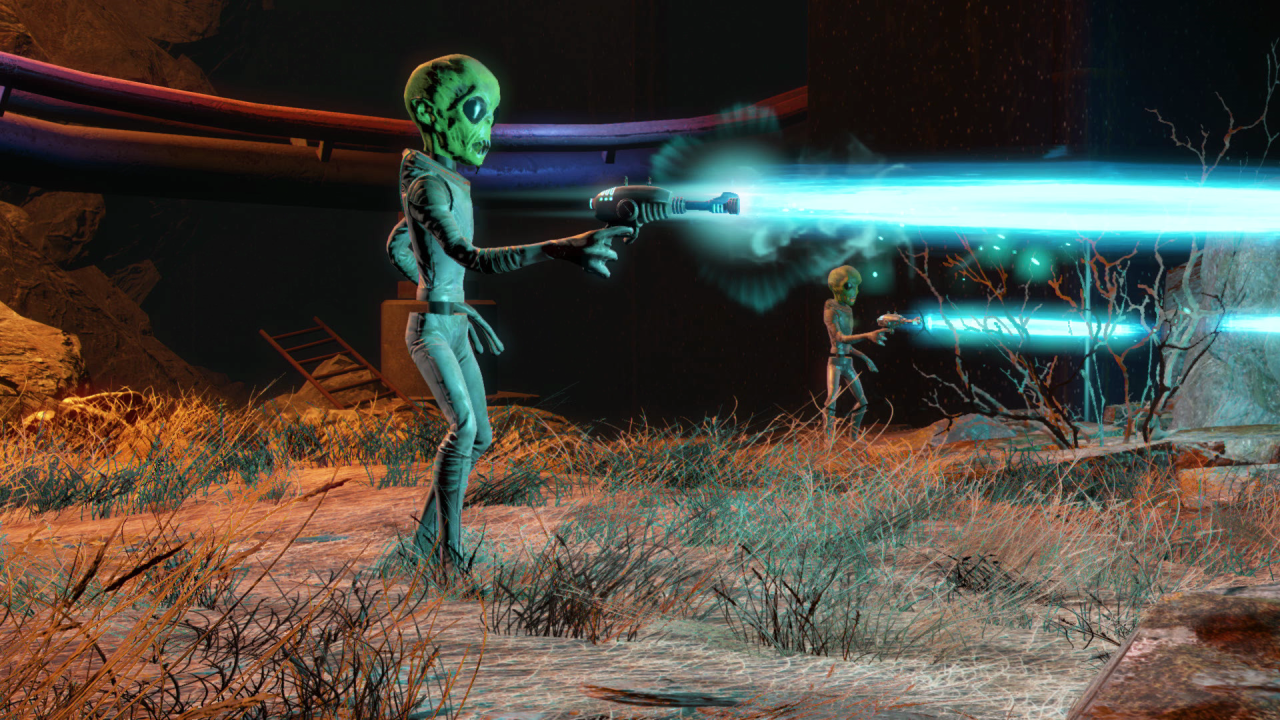 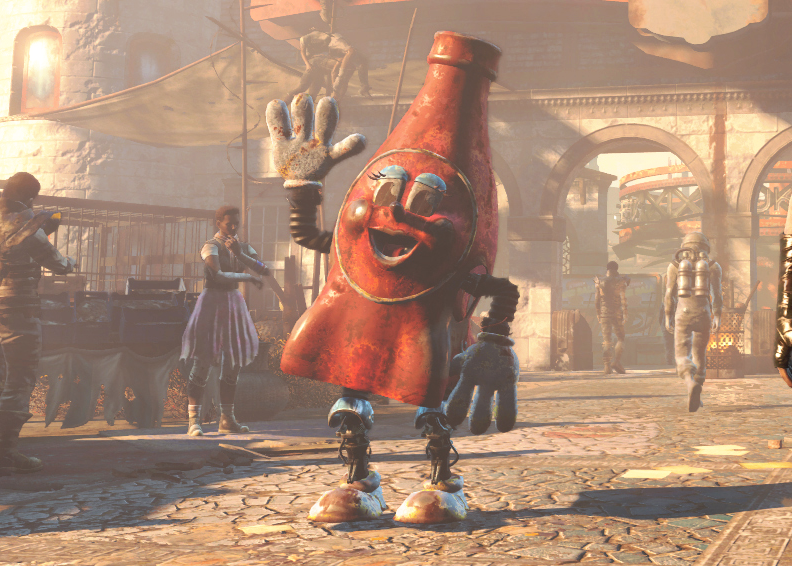 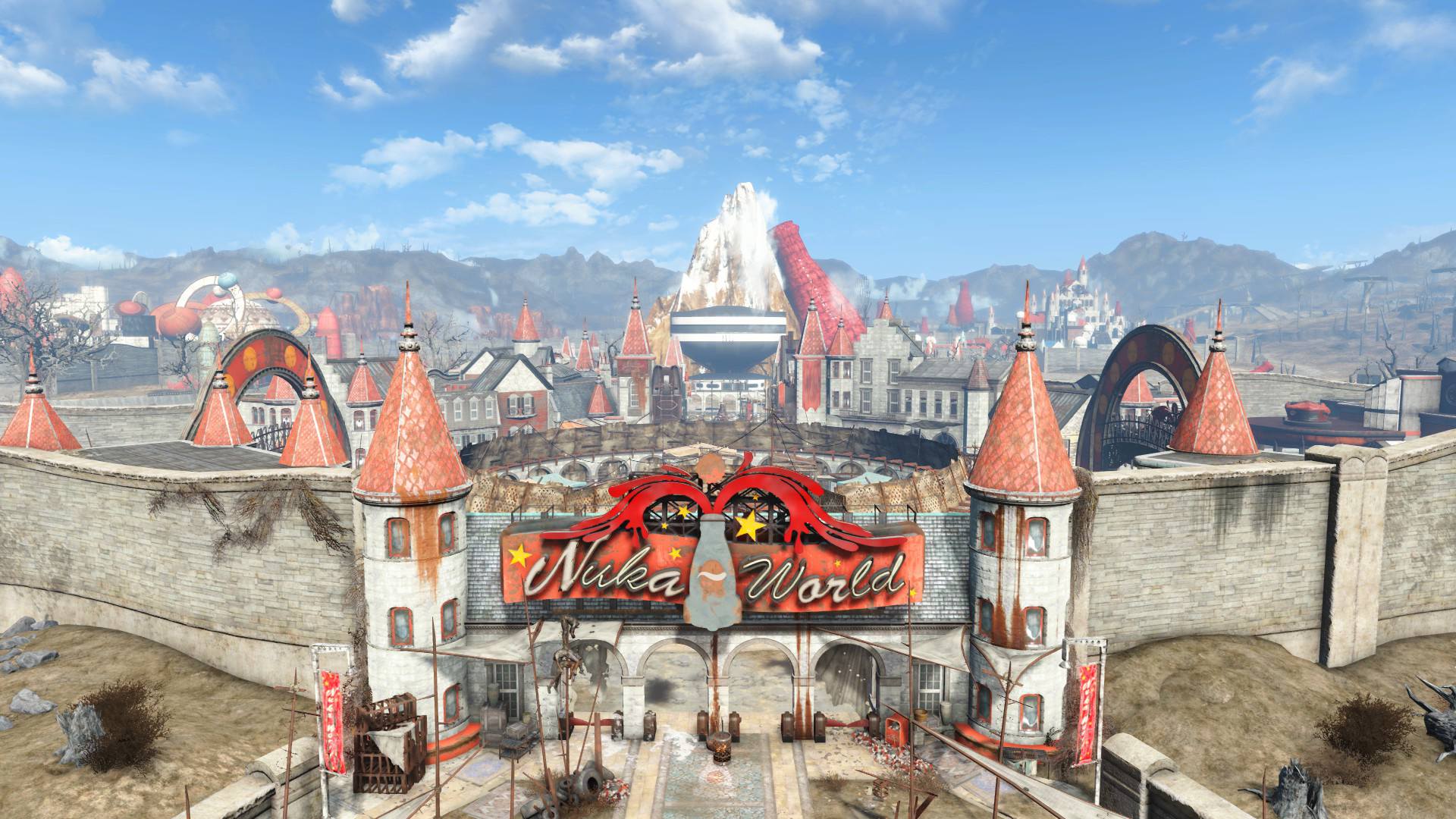 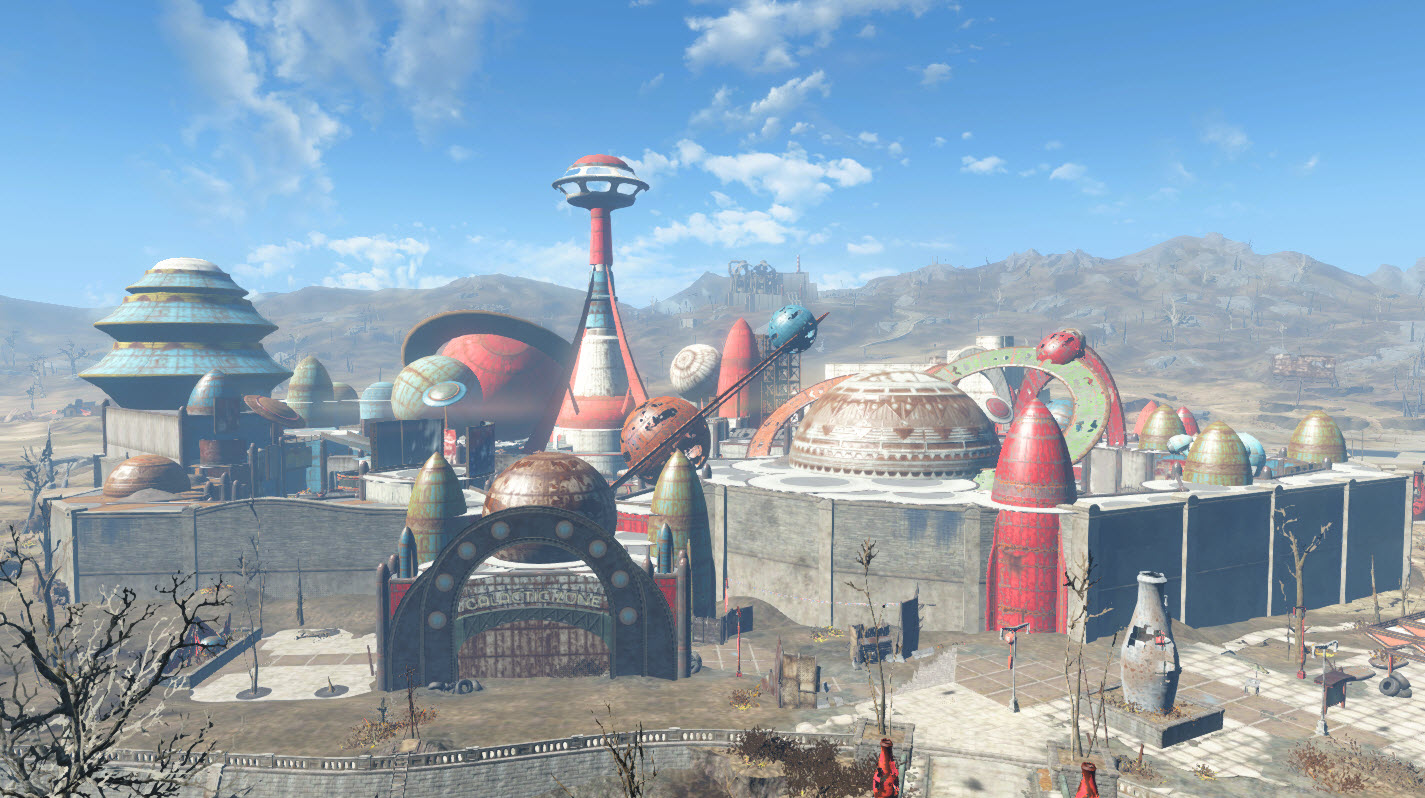 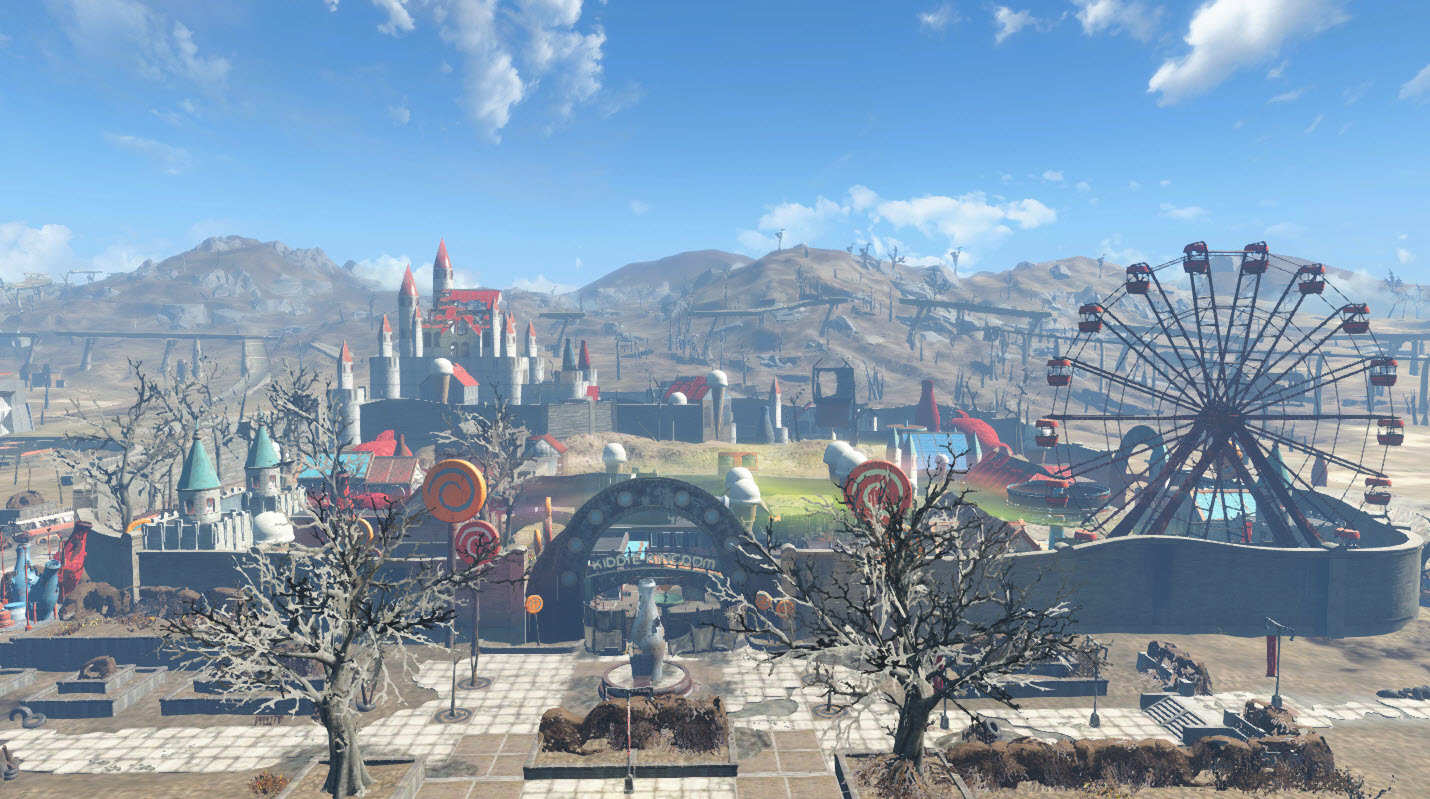 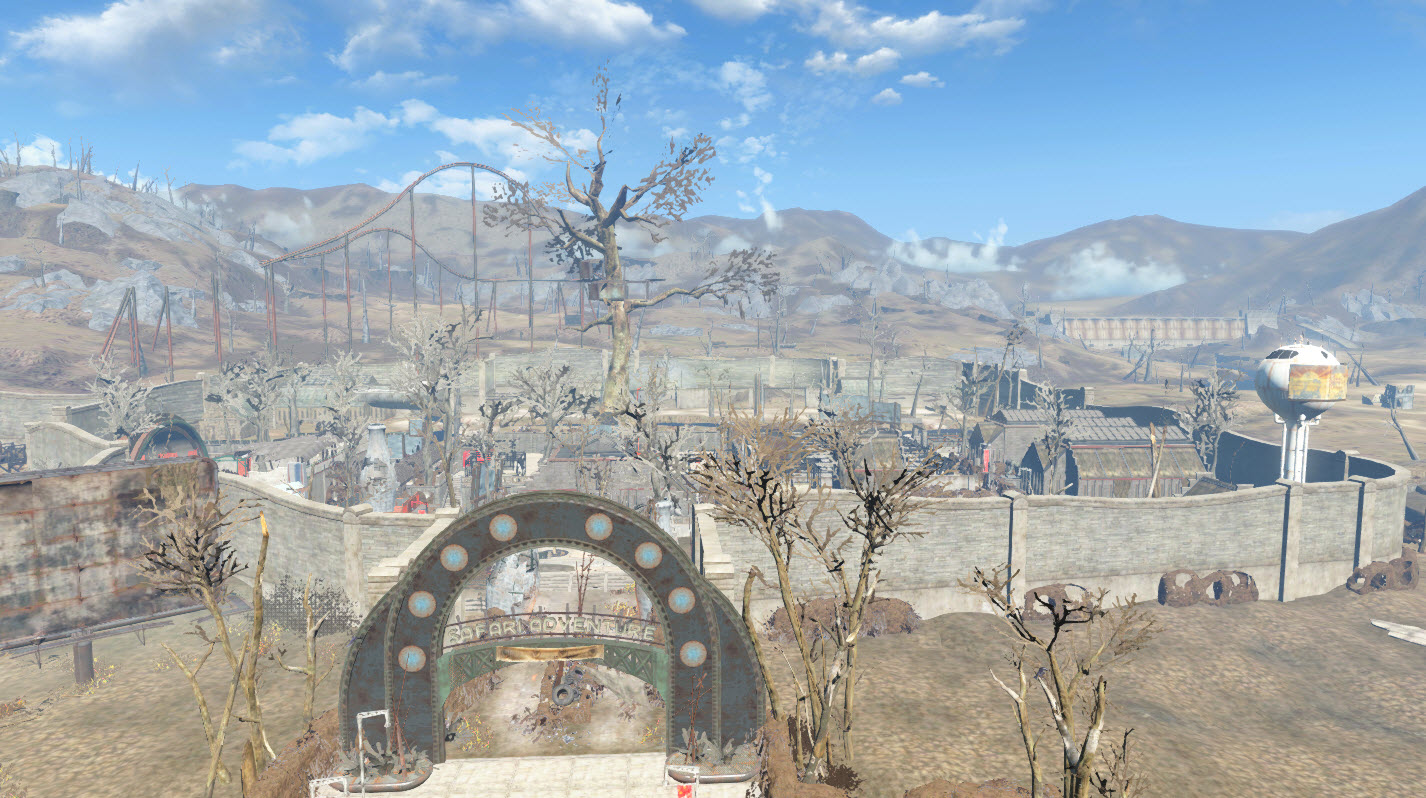 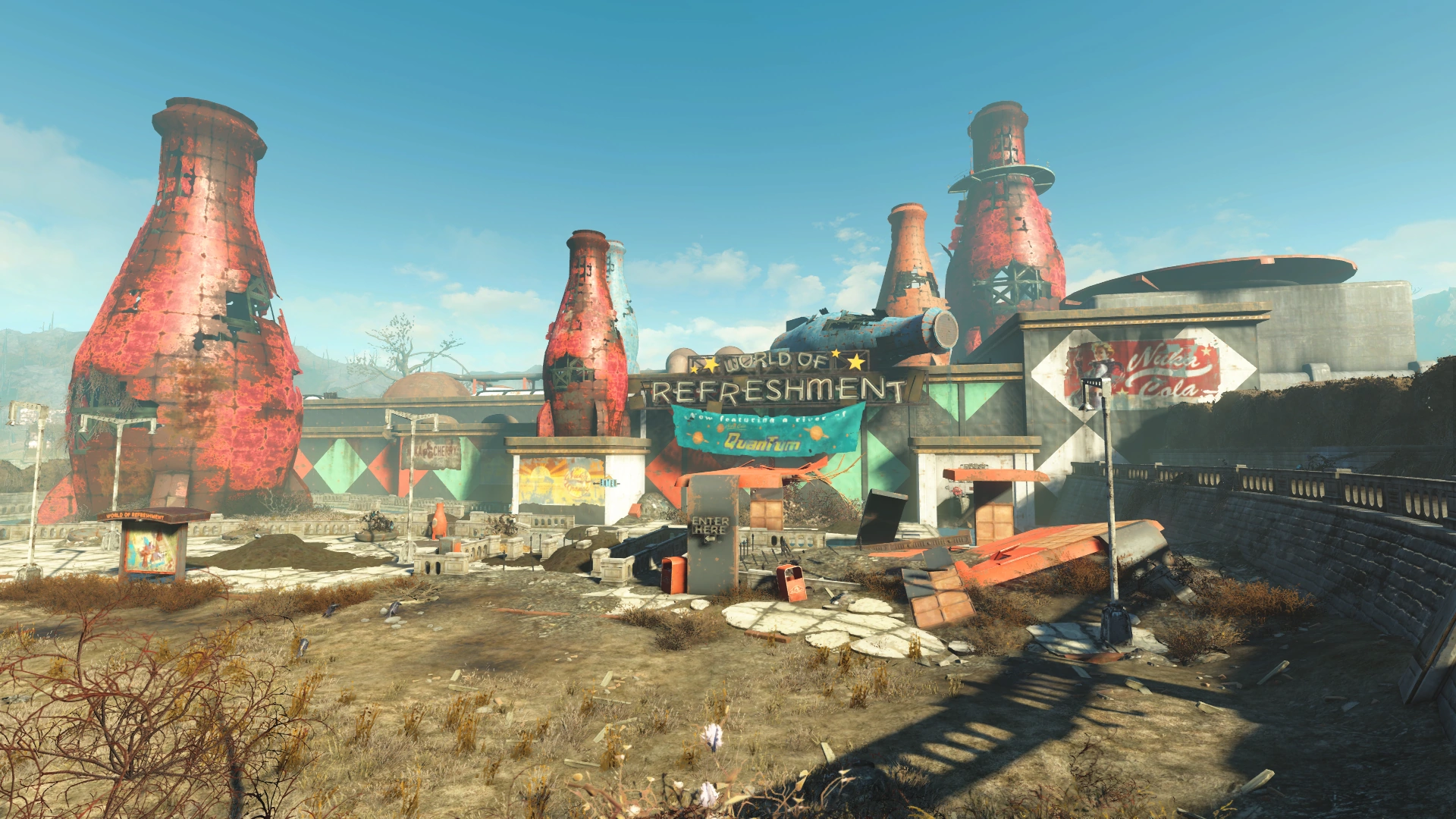