Charleston Fire Department is a location in the city of Charleston in Appalachia in 2102. It is part of the southern half of the city.

The Charleston Fire Department was the heart of the recovery efforts at Charleston in the wake of the Great War. The hardy firefighters became the backbone of the Responders over the years and when the scorched menace appeared, they became the nucleus of the Fire Breathers, the most elite fighters of the Responders. Organized by Melody Larkin and station lieutenant Hank Madigan, the Breathers were to take the fight to the scorched.

The Charleston Fire Department is a two-story L-shaped building located on the edge of the Ash Heap region. Signage indicates that it is a Responders trading post and it is staffed by red protectrons sporting the Charleston F.D. logo. An Overseer's cache sits in front of the reception desk at the main entrance.

Behind the reception area is a classroom where the Fire Breathers Knowledge Exam and registration is conducted. There are several notes throughout the building which can help prospective recruits ace their exam. A corridor near reception leads to the garage which contains several firetrucks and a workshop area with an armor workbench and weapons workbench. There are some weapons and an ammo box behind a locked security gate (Picklock 1) which is also controlled by a terminal (Hacker 1).

Vendor bot Mack and the main trading post is located on the second floor. There is also an office here which contains a knowledge exam cheat sheet with all the answers to the Knowledge Exam as well as the Fire Breathers master terminal. There is also a locked floor safe in this office (Picklock 1).

The rooftop can be accessed via a set of stairs on the second floor. It contains a makeshift lookout which has a clear view of the road to the south. 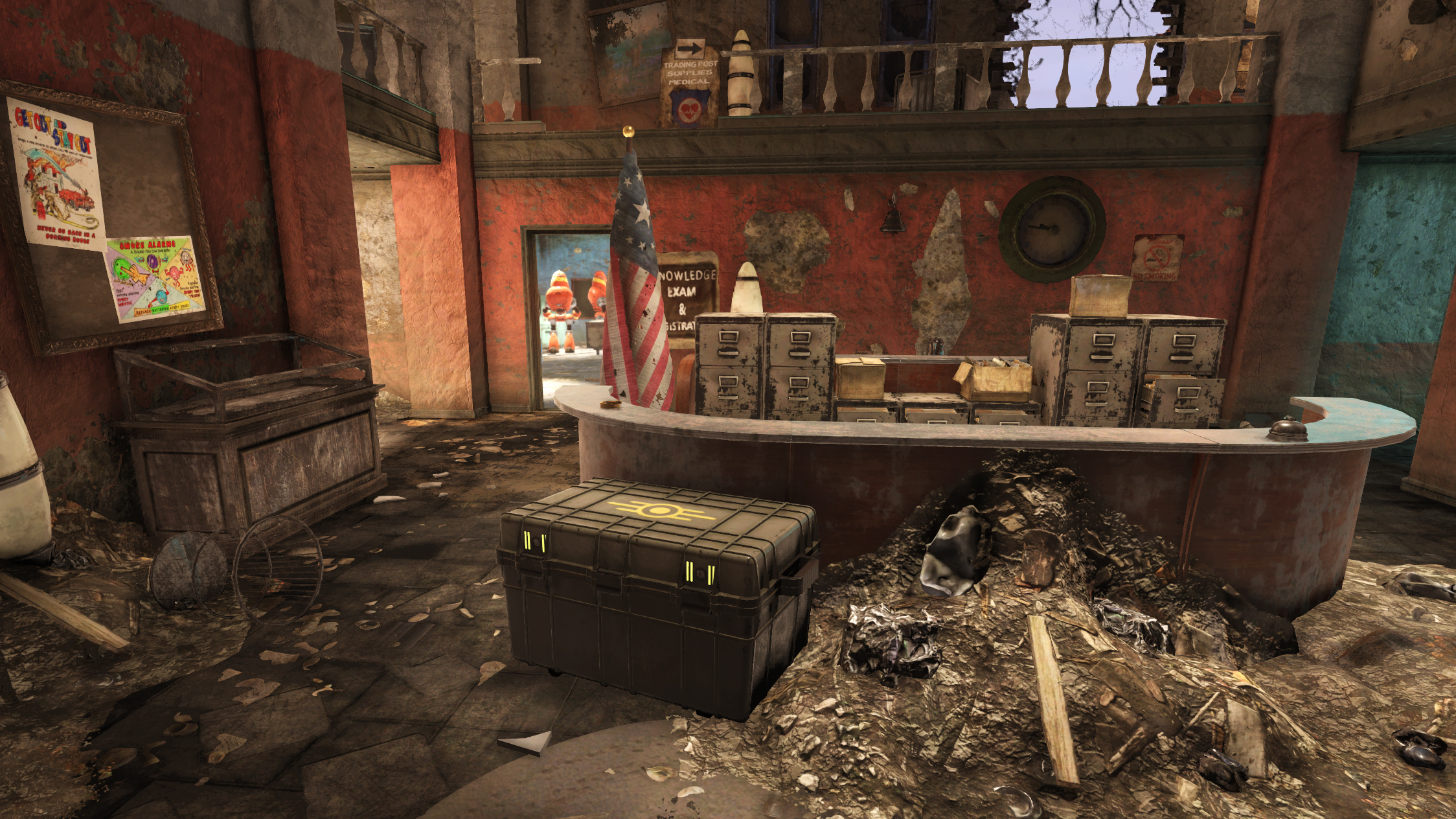 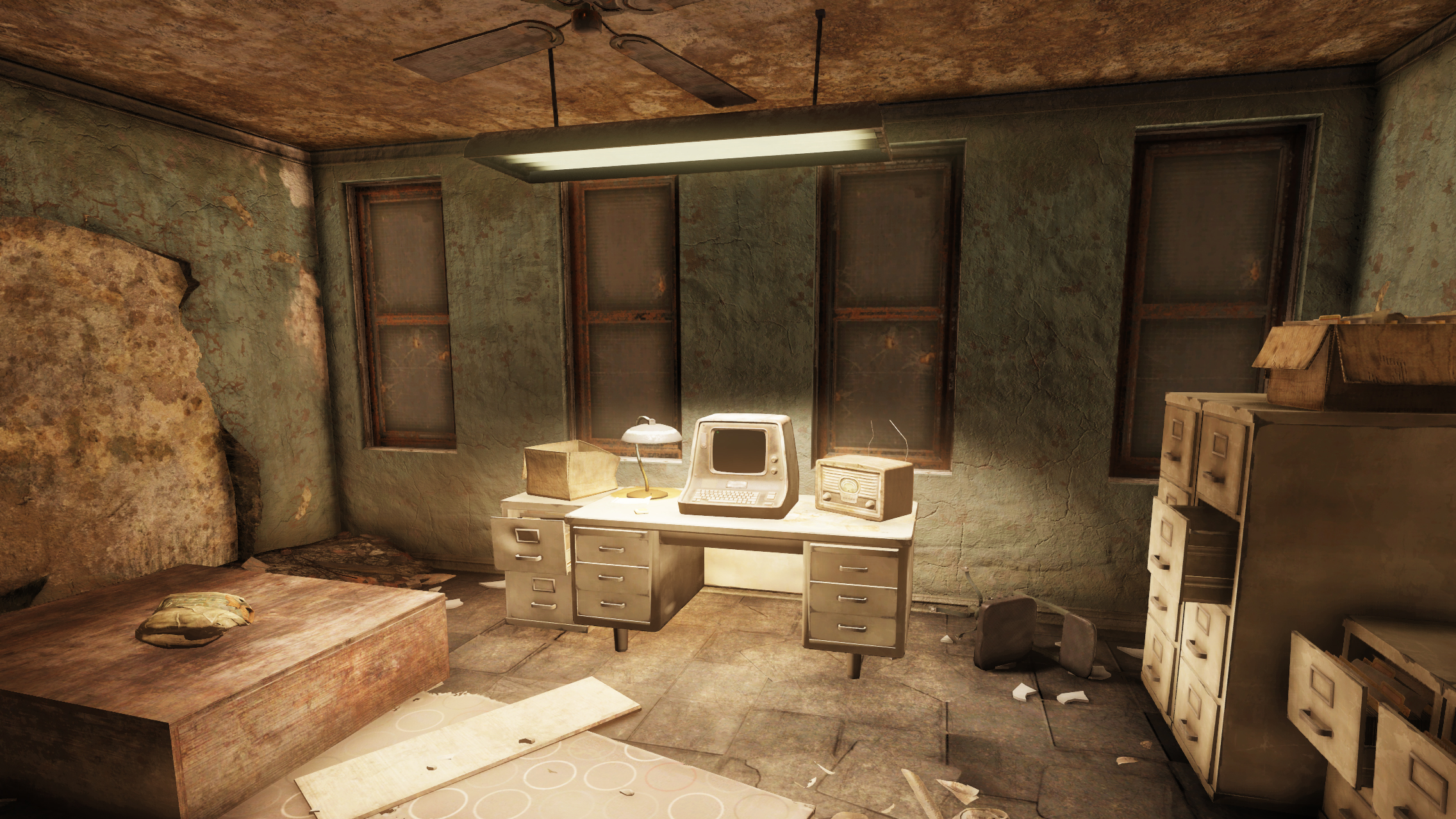 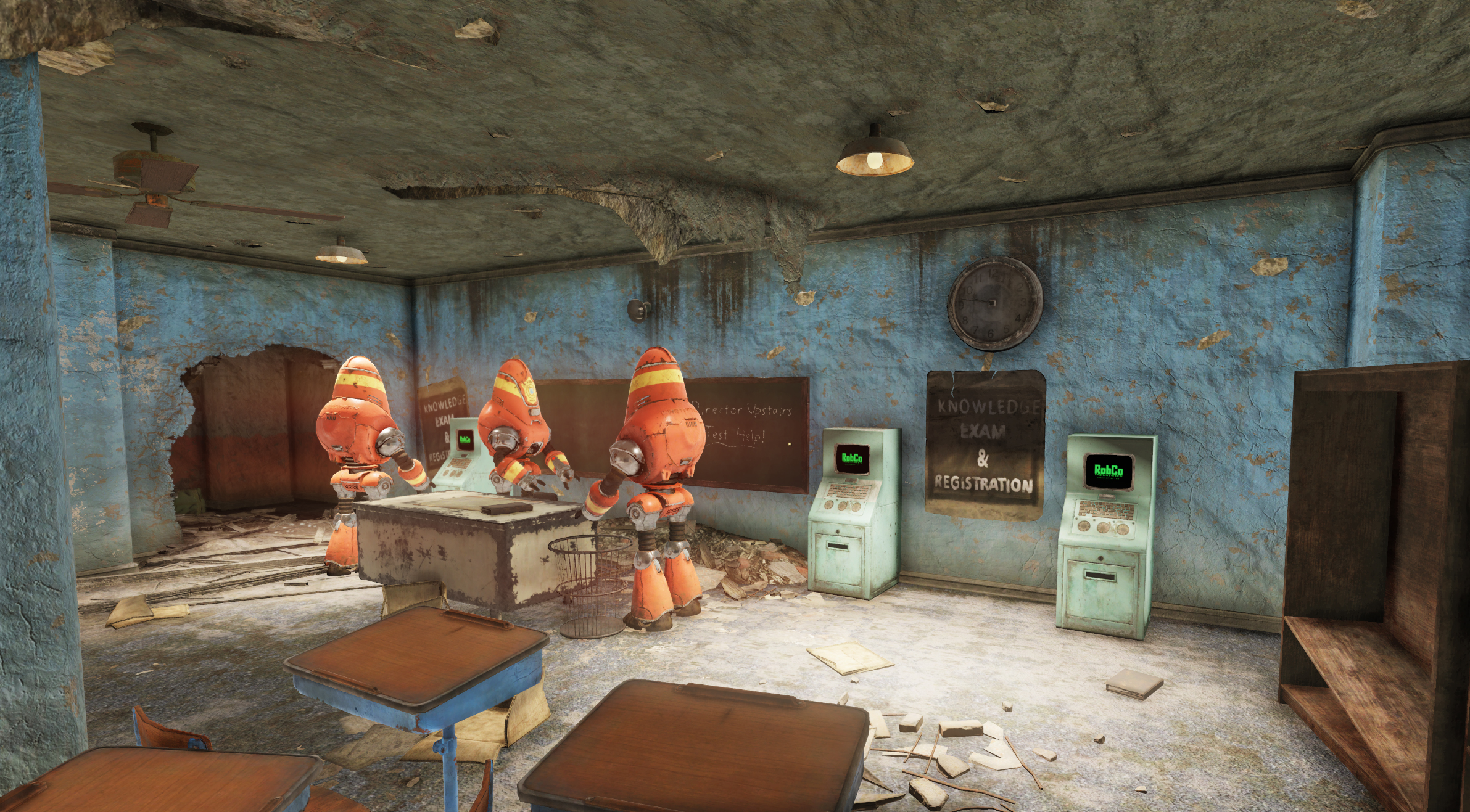 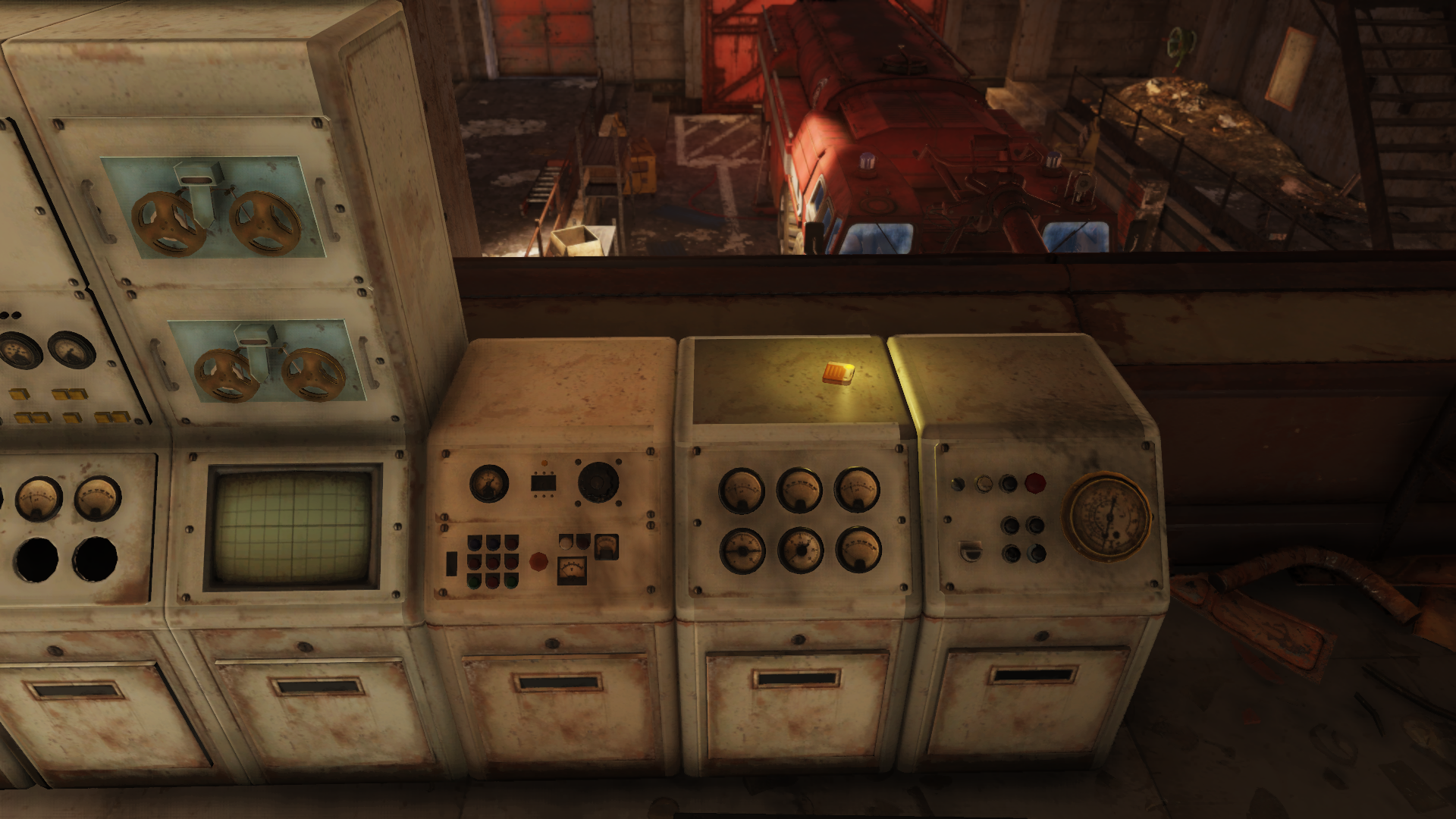