Quincy Quarries is a quarry west of Quincy in 2287.

Quincy Quarries is a relatively small quarry in a rectangular shape with a few ramshackle metal shacks built in and around it. It has many ghoul raiders in the area led by Slough. The quarry was used as a nuclear waste dump so one should take care near the quarry as it is irradiated and can reach as high as 60 rads/s in some areas.

Geysers are also scattered throughout the flooded parts of the quarry. Incidentally, standing on top of the geysers will cause the player's radiation levels to rise much more rapidly than any other place in the quarry.

It also houses the entrance to Vault 88 if the Vault-Tec Workshop add-on is installed.

Quincy Quarries only appears in Fallout 4. 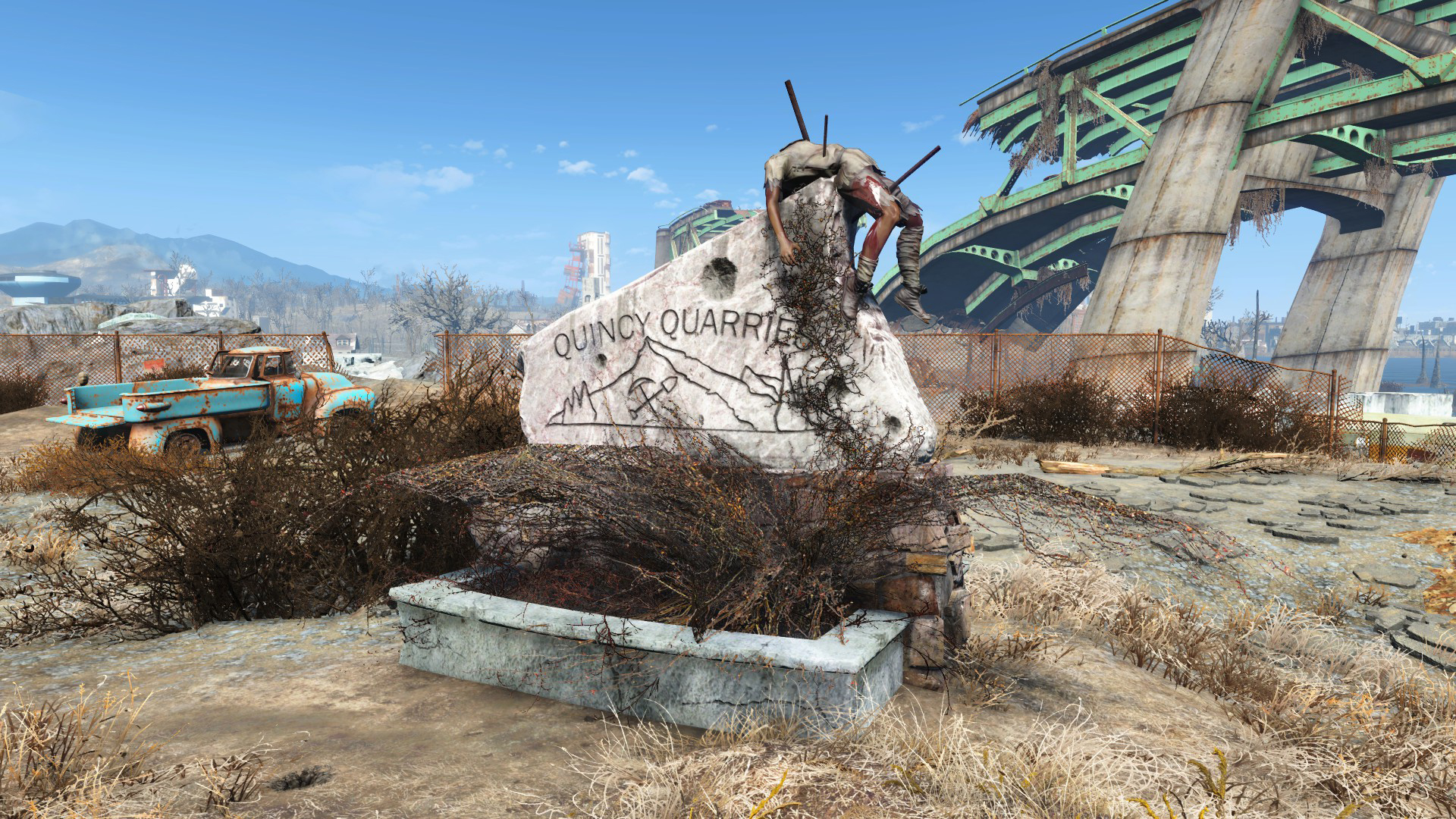 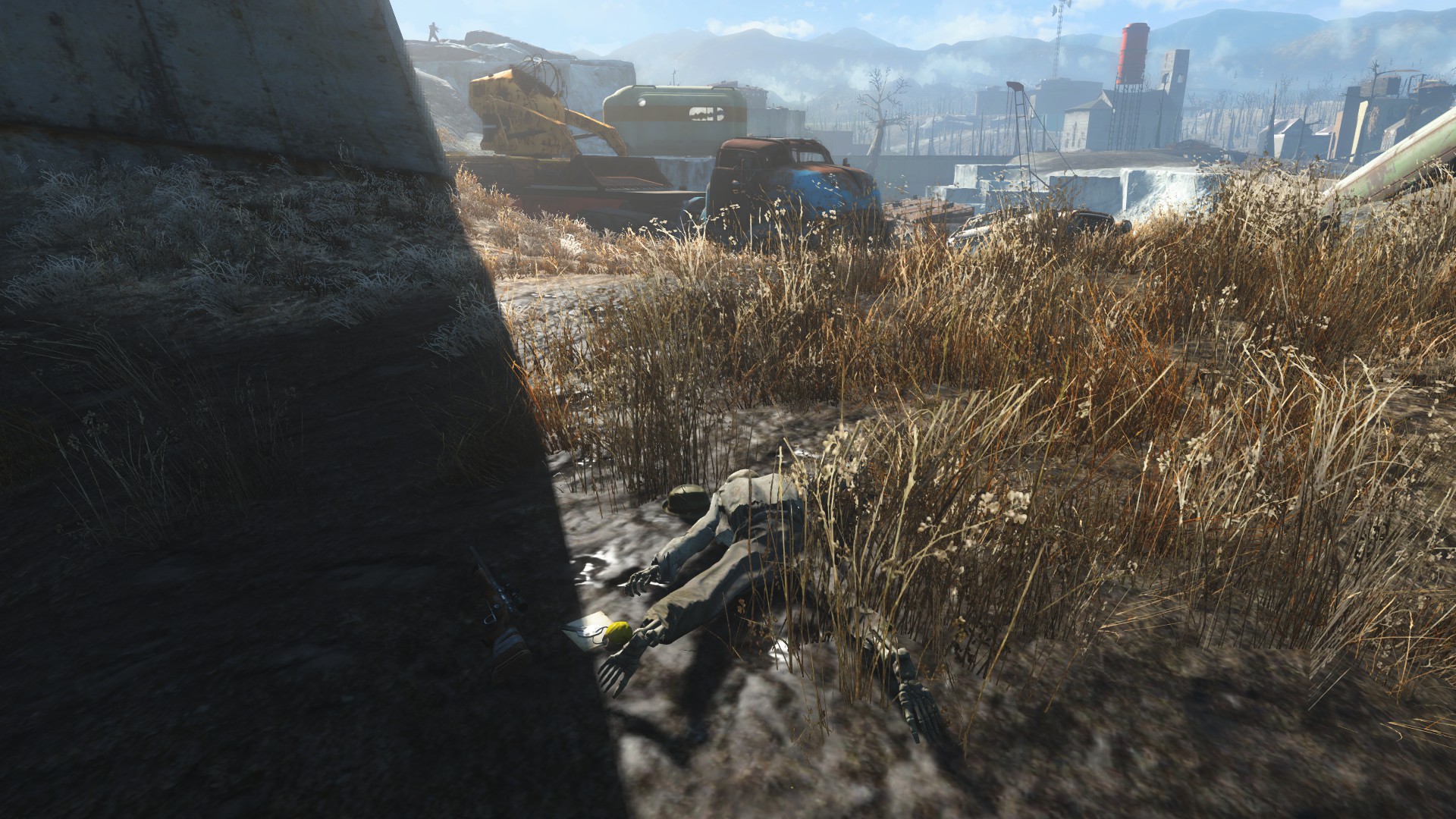 Location of Charles Dieter Jr.'s skeleton with his Last entry note and the Neponset cabin key