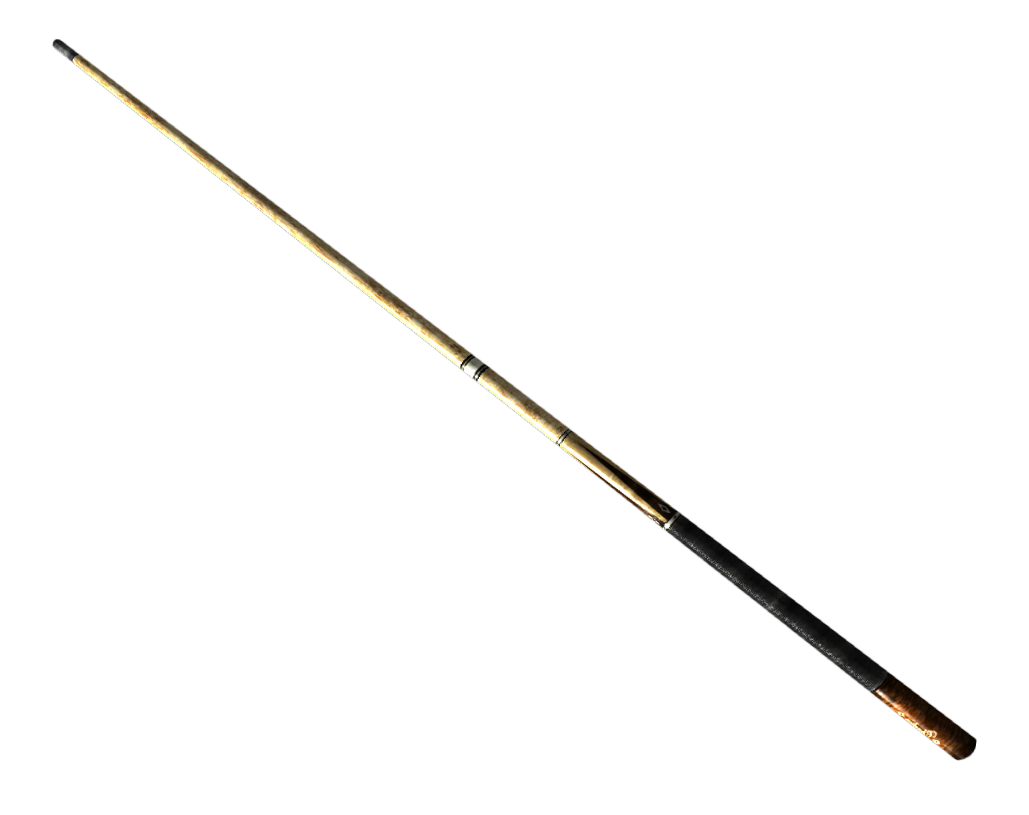 The pool cue is a weapon in Fallout 3.

This weapon may serve well in the earliest parts of the game as the player's first foes are weak. But this weapon becomes useless, to say the least, in other parts of the game. Due to its low damage, it can be easily replaced when compared to other 2-handed melee weapons, such as the nail board or the baseball bat which can be found early in the game.

The pool cue can successfully strike about 333 times from full condition before breaking.

A pair of pool cues can be found on almost all billiard tables throughout the wasteland. Some among many include the tables in Rivet City and the Federalist Lounge.