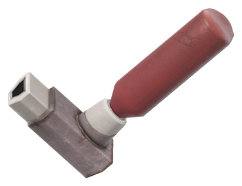 “Using Jet creates an altered state of consciousness where time appears to slow, allowing you to perform more actions than normal for a limited period of time.”— Loading screen

For users who still want the previous benefits, there is an alternative known as Jet Fuel, which still functions as the previous versions. Some distinctive features of this version of Jet are the effects being more akin to that of Turbo, a chem commonly associated with the Mojave.

The use of Jet boosts the user's reaction speed by seemingly slowing down time around them with minimal effect on their own movement. Additionally, it significantly increases jump distance and maximum firing rate for a total of ten seconds, whereas the effects of Turbo only last for three. The effects, however, become shorter each time it is taken within five minutes of each other.

The negative impact of impatience can be remedied by either waiting to use again, taking Addictol or if one has the caps to see a doctor.