The ammo dump is a location in the Savage Divide region of Appalachia in 2102.

An old waste dump for munitions, this little junkyard was taken over by raiders in the wake of the 2077-78 winter and turned into a trading outpost. It appears the last deal went south, judging by the dead bodies scattered at the table in front.

This area is protected by two automated turrets. There are a trailer and a small garden containing six wild corn and three wild gourd blossoms near the back of this area. As an old raider camp, there are many dead raiders that can be found in the location, such as a raider corpse sitting at a picnic table near the entry which may have a caps stash. A power armor station is also present.

The ammo dump appears only in Fallout 76. 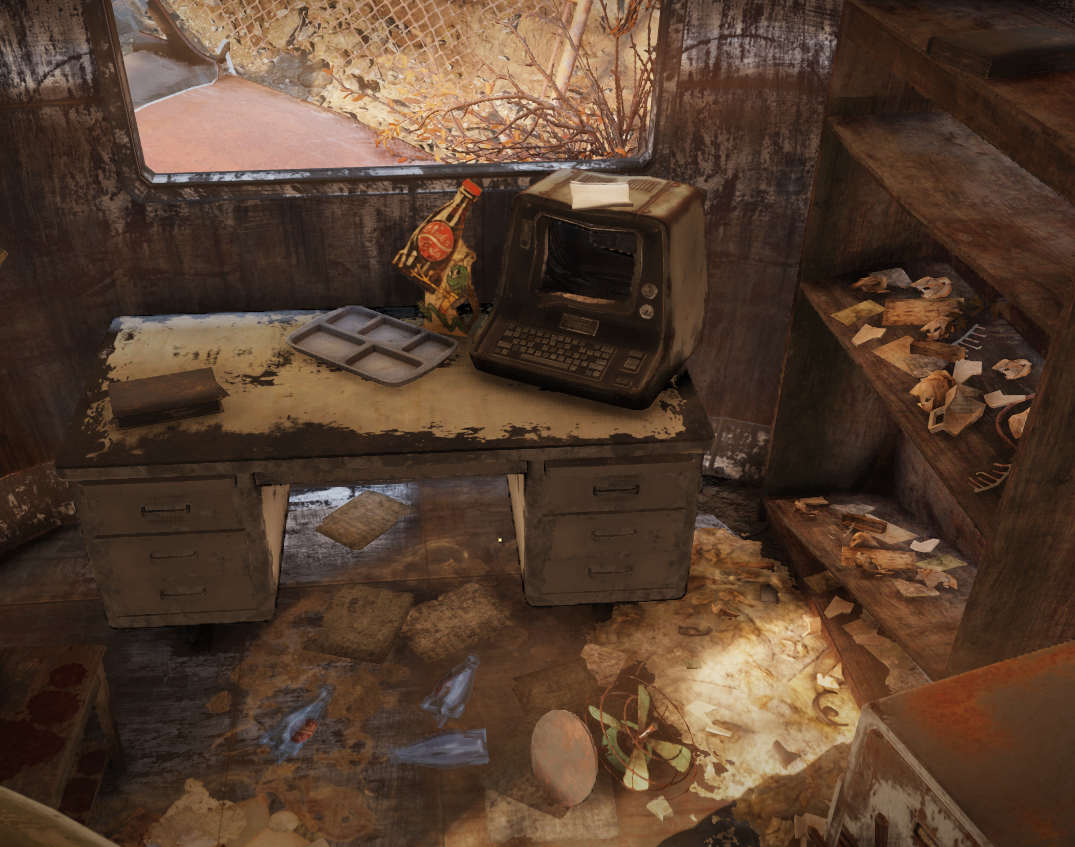 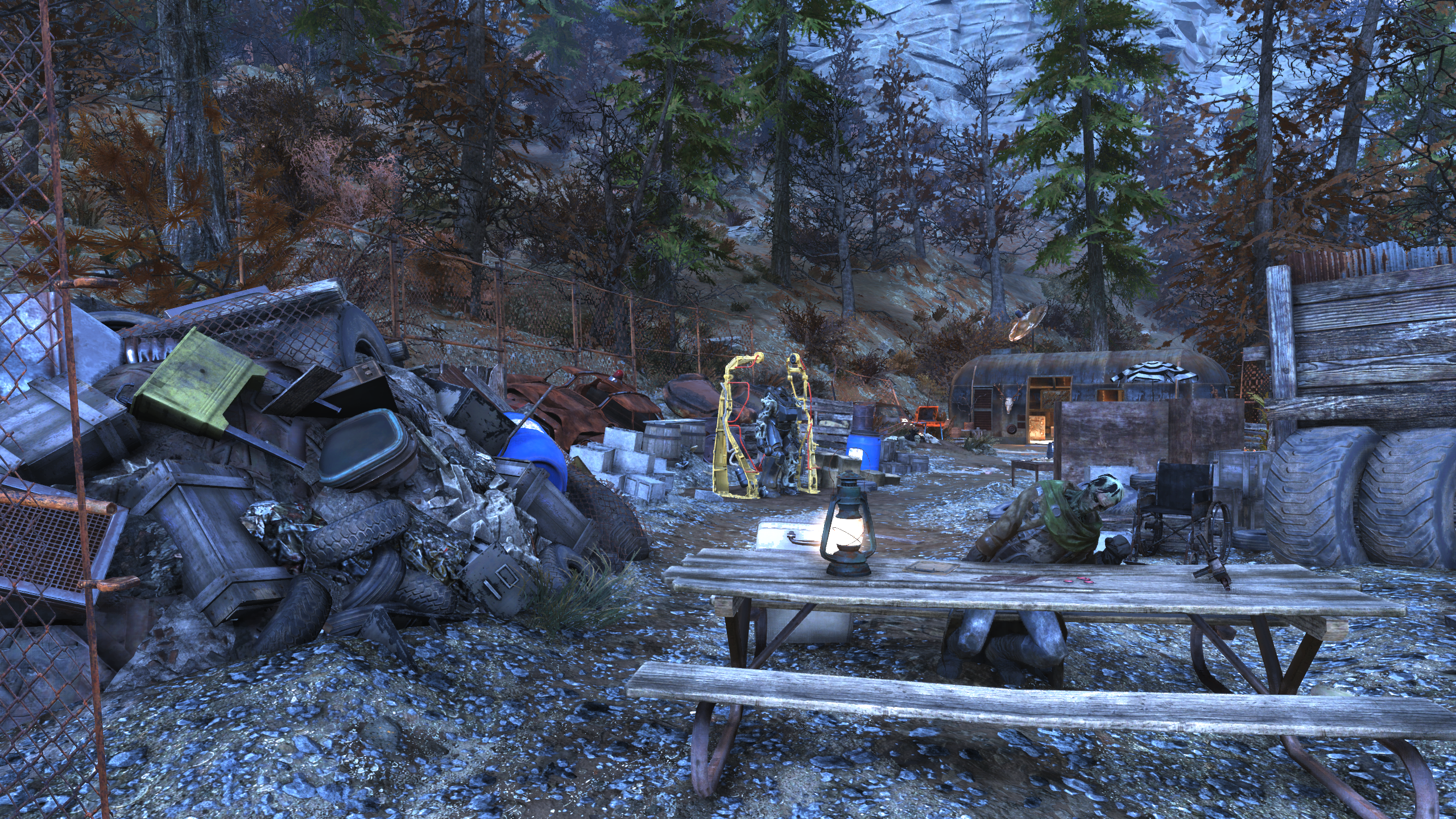